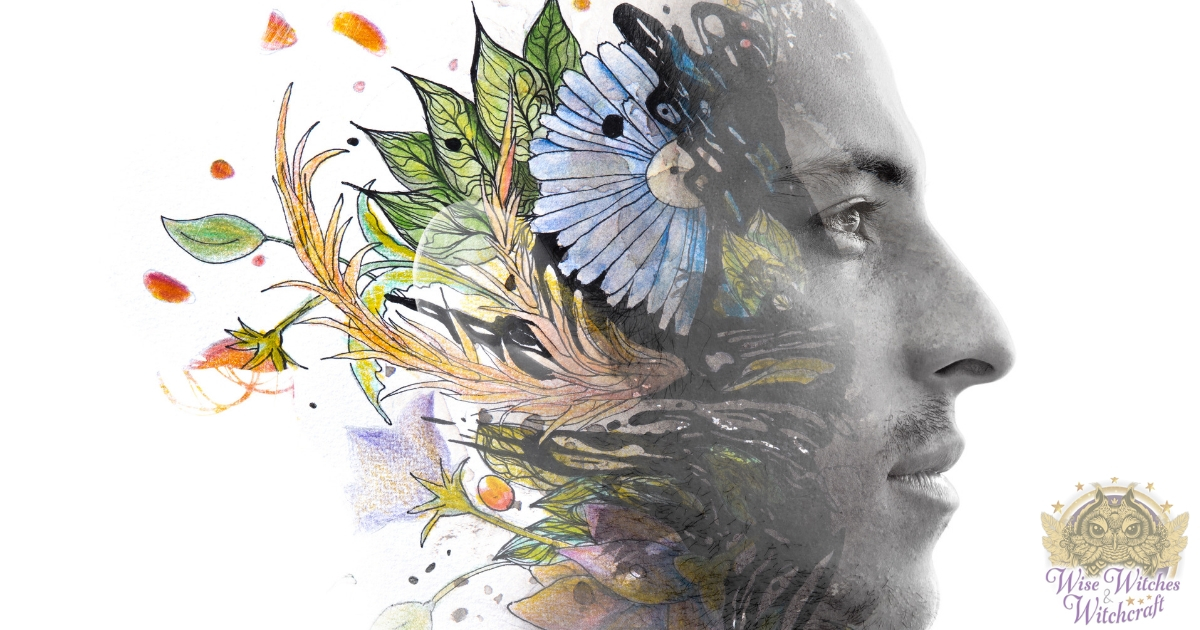 Gerald Brousseau Gardner was an English civil servant, amateur anthropologist, writer and occultist. He was instrumental in founding Wicca and Neopaganism, published some of its definitive texts, and is perhaps the best known and most talked about figures in modern witchcraft, dubbed by the press as “Britain’s Chief Witch” and described by others as the “Father of Modern Wicca”.

He was born in Blundellands near Liverpool, England, on 13 June 1884 to a well-off family who made their money as hardwood importers. From a young age, he suffered from asthma, and he spent most of the winter months on the Continent with his Irish nanny, Josephine “Com” McCombie, in an attempt to alleviate his condition. When his nanny married and went to live with her husband in Ceylon, Gardner went with her and he spent much of his early adult life in Asia. Beginning in 1908, he worked as a rubber planter, first in Borneo and then in Malaya, and then, after 1923, he held various civil service posts as a British government inspector in Malaya. In 1927, he met and married an English woman called Donna, who remained his loyal companion for 33 years. 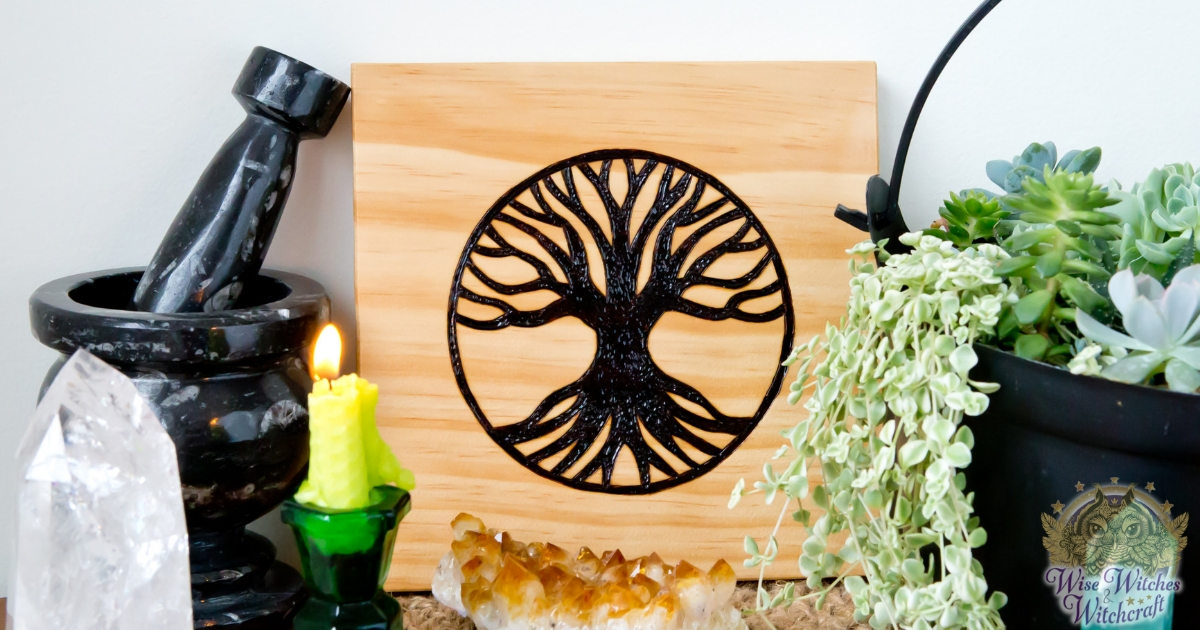 In 1936, at the age of 52, he and Donna retired to Highcliffe, Hampshire, England, and it was only then that he became seriously interested in the occult. He published an authoritative text, “Keris and other Malay Weapons”, in 1936, based on almost 20 years of field research as an amateur anthropologist into South-East Asian weapons and magical practices. He also took up naturism (or nudism), apparently on medical advice, and he was a firm believer in the therapeutic benefits of sunbathing.

The New Forest area of Hampshire where he had settled was steeped in folklore and witchcraft, and Gardner threw himself into research and study. He became a member of the Folklore Society in 1939, making his first contribution to its journal “Folklore” in June 1939 (a description of a box of witchcraft relics). Later, in 1946, he became a member of the society’s council, claiming spurious doctoral degrees from the Universities of Singapore and Toulouse in order to achieve academic acceptance.

Gardner discovered the Rosicrucian Order Crotona Fellowship, which was active in the Christchurch area of Dorset, and he helped them to put on amateur plays with occult and spiritual themes. It was through this theatre (possibly though its Co-Freemasonry members) that Gardner claims he first met members of the New Forest coven, a surviving tradition of English witchcraft that he believed to be a continuation of European Paganism. He was initiated him into the group by the coven’s leader, Dorothy Clutterbuck (affectionately referred to as “Old Dorothy”), or possibly by a mysterious figure with the craft name of Dafo (identified by some sources as Edith Woodford-Grimes) in 1939. 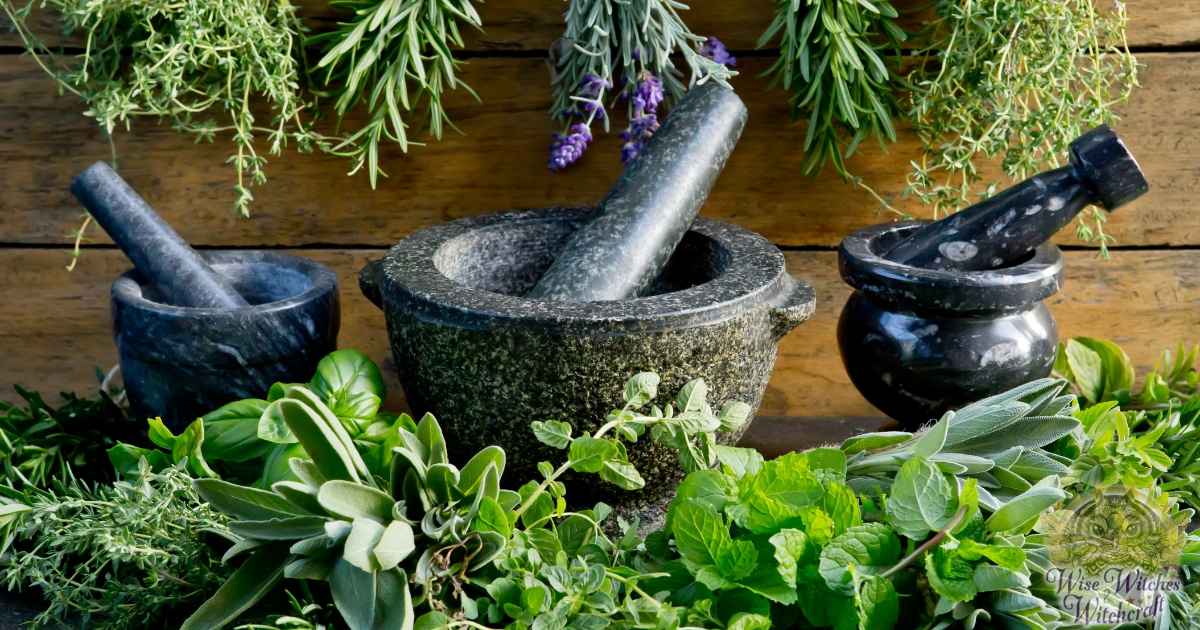 Under the pen name or craft name of Scire, Gardner published two works of fiction, “A Goddess Arrives” (1939, a story about worship of Aphrodite in Cyprus in the year 1450 BC) and “High Magic’s Aid” (1949, a portrayal under the guise of fiction of the basic ideas of the witchcraft tradition that was later to become known as “Gardnerian Wicca”, although without revealing secret oath-bound material).

In 1947, Gardner’s friend Arnold Crowther introduced him to Aleister Crowley (who had allegedly also been a member of one of Old George Pickingill’s original “Nine Covens” in the New Forest), and Gardner was initiated into Crowley‘s Ordo Templi Orientis. Their brief association would later lead to controversy over the authenticity of Gardner’s original “Book of Shadows”.

Gardner moved to Bricketts Wood, outside St Albans, where he had bought a cottage on the grounds of a nudist club, which is where he ran his own lodge. Cecil Williamson, a mutual friend of both Gardner and Crowley, described performances held in the lodge of the “Great Rite”, which involved sexual intercourse (although many of the women who joined his lodge did not favour the sexual rites, and sometimes London prostitutes had to be hired to play-act the role of High Priestess).

Following the repeal of the last antiquated witchcraft laws in England in 1951, Gardner was now free to go public and to break away from the New Forest coven, and he began to establish his own, as well as taking over the running of Cecil Williamson’s famous Museum of Magic and Witchcraft at Castletown in the Isle of Man. 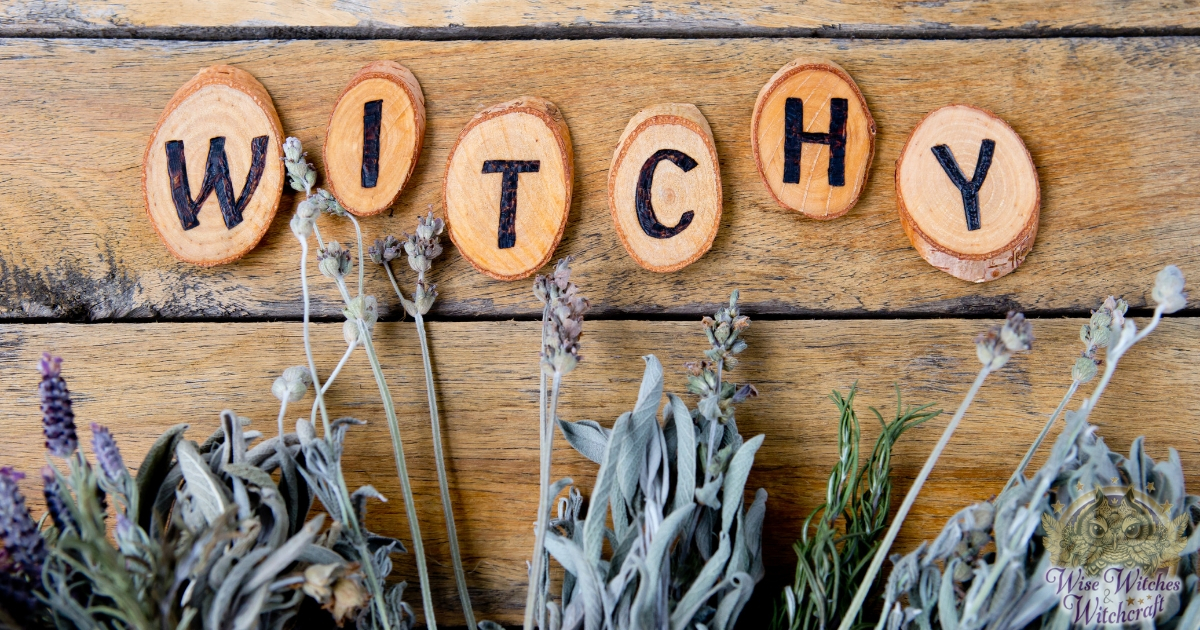 In 1953, Gardner met Doreen Valiente, and initiated her into his coven. She was to become his greatest asset, and helped him rewrite and expand his existing Book of Shadows, embellishing the numerous text and rituals he had collected (and which he claimed to have been passed down to him from the New Forest coven), as well as borrowing from other identifiable and unidentifiable sources, weeding out much of Aleister Crowley’s materials on account of his black name, and putting more emphasis onto Goddess worship. So, Valiente and Gardner between them established a new working practice and coherent system, which evolved into what is today one of the leading traditions of the Wicca movement, Gardnerian Wicca.

After the Witchcraft Act of 1951, Gardner was also able to discuss the tradition more openly, resulting in two classic books, “Witchcraft Today” (1954) and “The Meaning of Witchcraft” (1959), which inspired the growth and development of many traditions of modern witchcraft and Wicca throughout the United Kingdom, Europe and the United States. “Witchcraft Today” also supported the theories of anthropologist Margaret Murray who claimed that modern witchcraft is the surviving remnant of an organized Pagan religion that had existed before the witch hunts and trials of the Early Modern Period. The book was an immediate success on its release and new covens practising its dictates sprang up all over England: the Gardnerian tradition had been born. 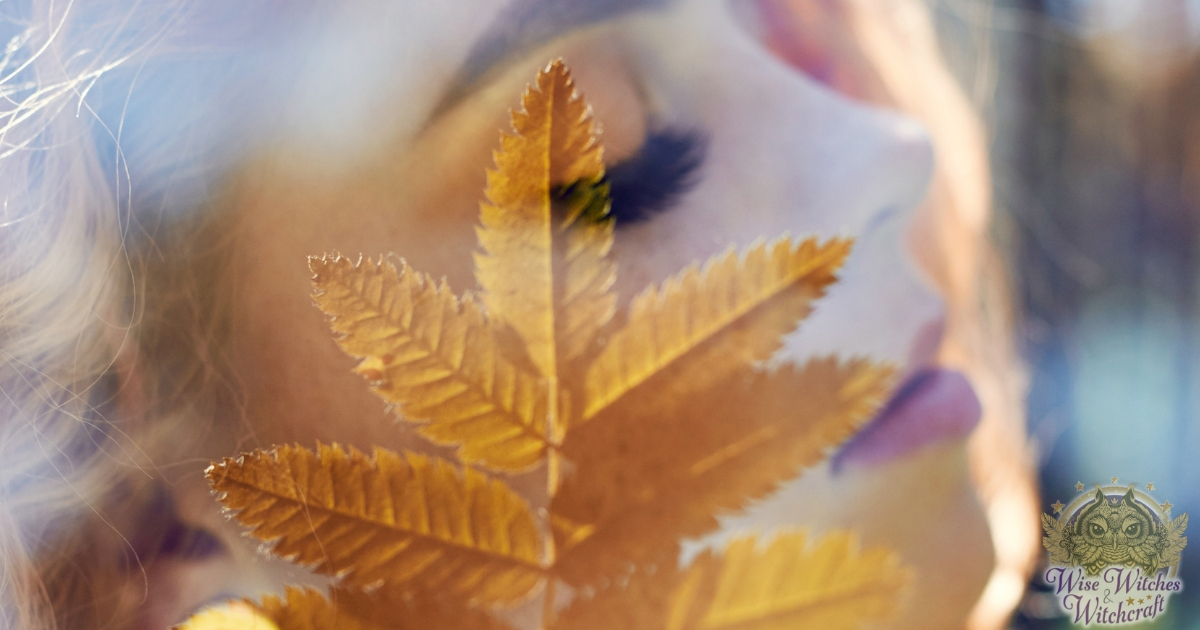 Gardner soon became a media celebrity, and he was dubbed “Britain’s Chief Witch” by the British press. He loved being in the spotlight and made numerous public appearances. Gardner felt that one of his missions was to attract young people to the Old Religion, rather than older people who would let the craft die with them. In addition to Doreen Valiente, he initiated some of the most influential Wiccans into his covens, including Eleanor Bone, Patricia Crowther, Monique Wilson and Raymond Buckland, who were to go on to spread Wicca to a whole new generation.

Many witchcraft practitioners, however, believed that he was wrong to make public what had always been considered by them to be secret, and many believed that so much publicity would eventually harm the craft. There was also conflict between Gardner’s penchant for ritual nudity and other hereditary witches who claimed that they had always worked robed. His egotism and publicity-seeking even tried the patience of his own coven members (including that of Valiente, who was by now his High Priestess), and splits began to develop over his relentless pursuit of publicity. In 1957, Doreen Valiente and others members, having had enough of “the gospel according to Gardner”, left and went their separate ways. 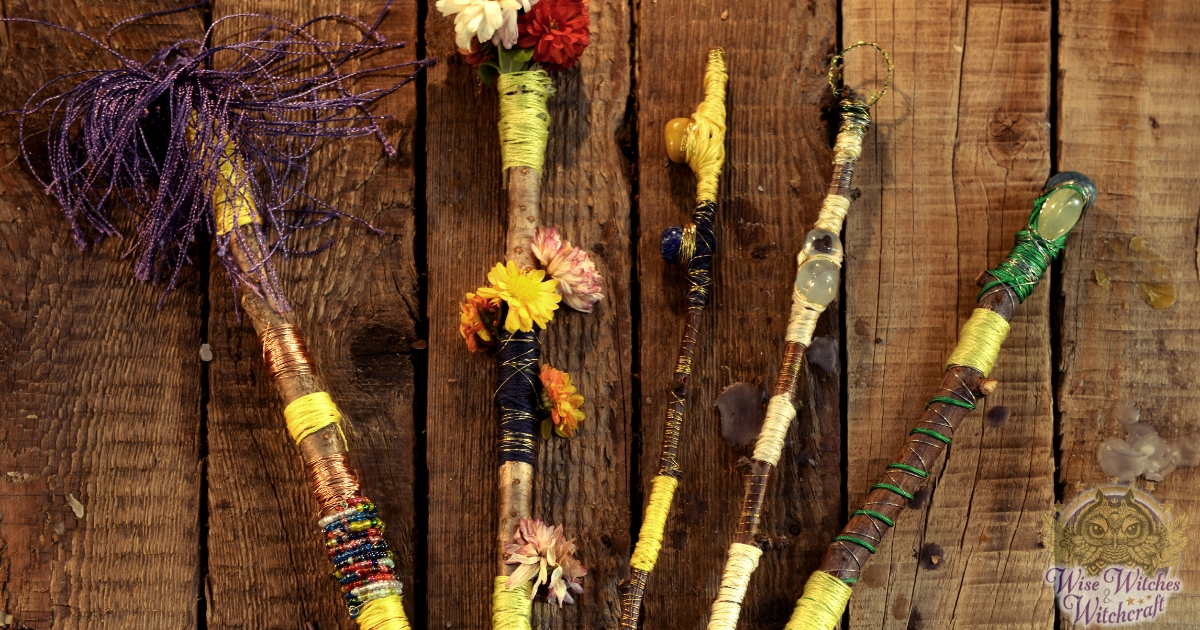 In 1960, Donna, his devoted wife and loyal companion of 33 years (although she had never taken part in the craft or his activities within it), died. Gardner was devastated and began to suffer once more from his childhood affliction of asthma. After suffering a heart attack, Gardner died on 12 February 1964, while at sea on a ship returning from Lebanon. He was buried on the shore of Tunisia, his funeral attended only by the Captain of the vessel he was travelling on. In 1968, his one-time High Priestess Eleanor Bone arranged for his remains to be removed to a more fitting place, close to the ancient city of Carthage.