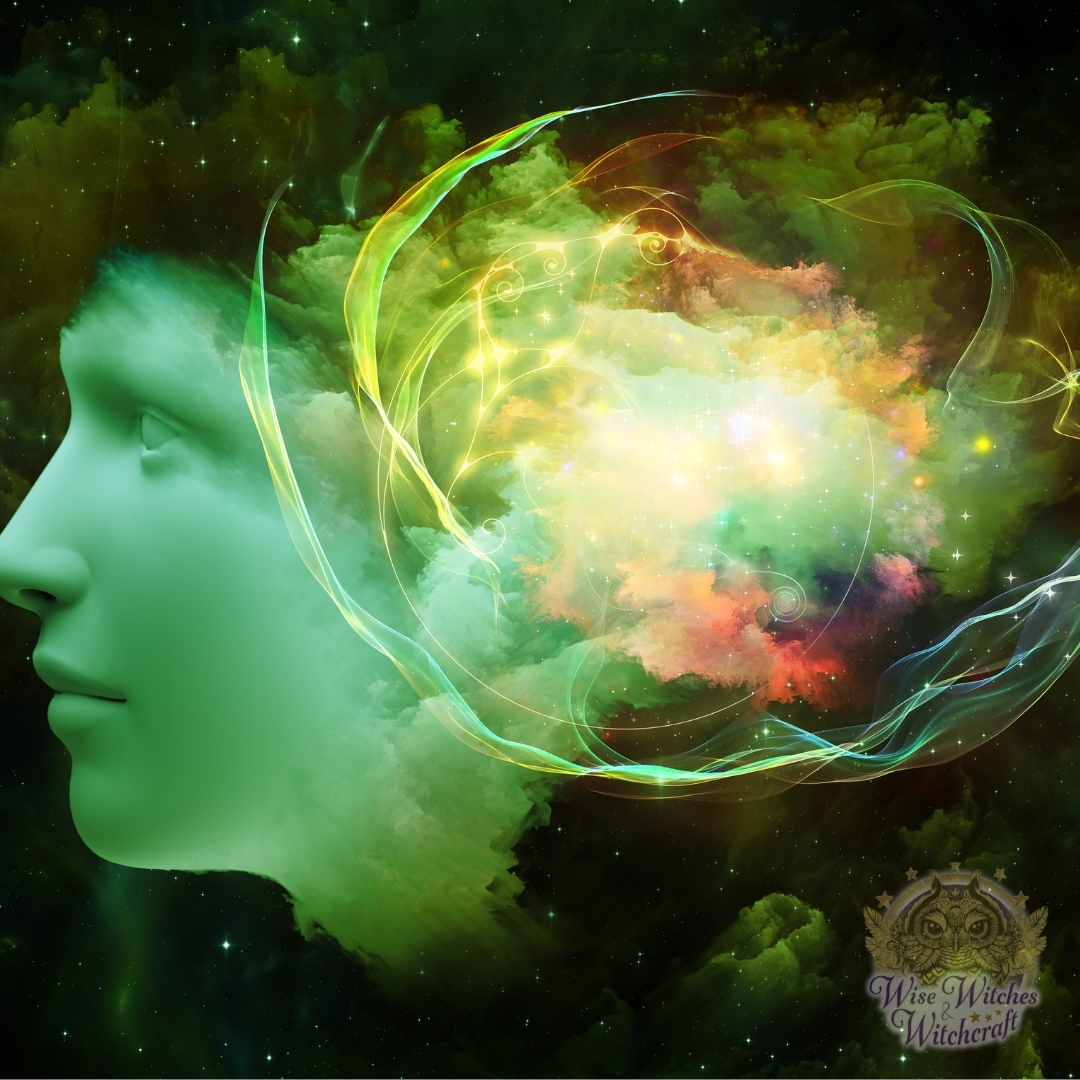 “The proper study of mankind is man.”
— A. Pope, Essay on Criticism

An in-depth and complete evaluation of your thoughts and beliefs involves examining culture, language, and the incredible human capacity for growth and change. Your personal experiences, both past and present, play a significant role in shaping how you perceive reality and interact with the world. But there is also a long-standing and potentially unanswerable question to consider: How much has other people’s understandings and world views shaped, advanced, expanded, or perhaps even limited your own?

What Makes a Magickal Mindset Different? 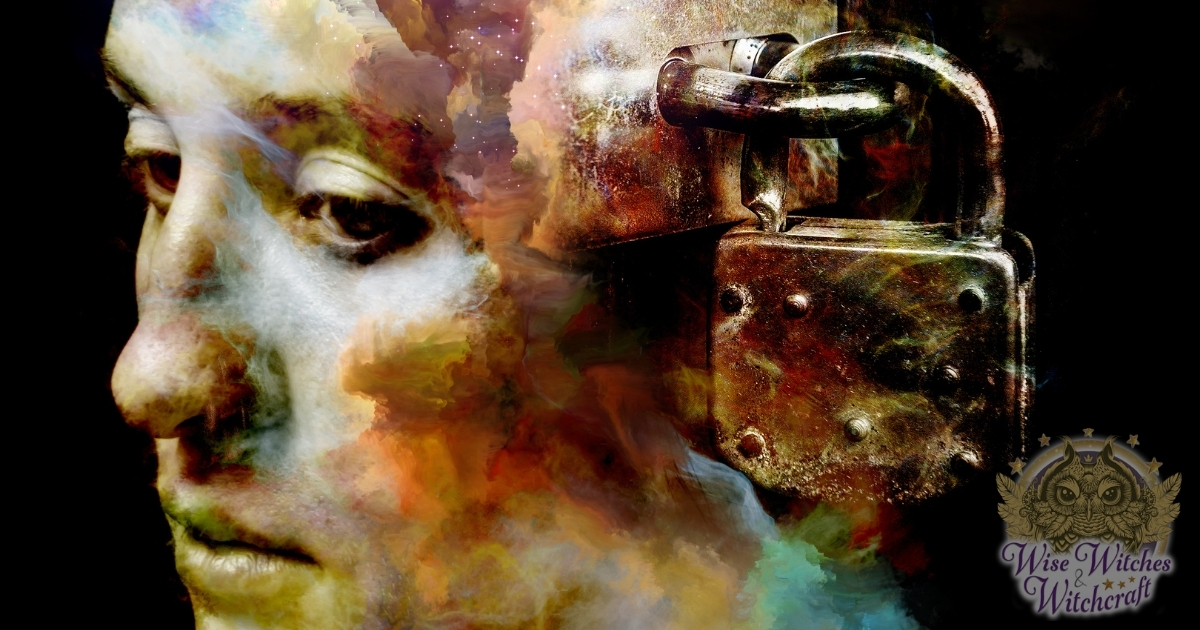 From the earliest days of childhood onward, your elders and other members of society tell you the way things are, as if the world can be defined in the simplest of terms. Often, to make learning easier for you, they’ll boil everything down to black and white facts—sunlight is yellow,—the sky is blue,—the sea is green. And, of course, there are plenty of people in your life at-the-ready to tell you all about what’s good and what’s bad.

Whether it’s from your parents, other family members, friends, or the greater community, your natural and all-too-human desire for acceptance and approval ends up influencing your worldview. The same need for approval also shapes what you’re willing to accept as “true,” particularly when it comes to defining social and societal norms or “acceptable behaviors.” Your young, hungry mind, desiring to learn and understand, accepts and devours the information you receive as truth, without questioning it. Now, bear in mind, establishing a magickal mindset is not always and forever about denying simple truths—rather, it’s more often about expanding on what you come to know as true, factual or logical.

For it’s in the very questioning and acts of wonderment where one begins to see, truly see, the Universe as a magical place where real magick actually exists.

The people influencing you and your reality also teach you to have a critical mind while forever and always leaning on logic and facts. Yes, thinking critically is vital, a necessity throughout your life, but it is also confining if critical thinking is not balanced out with a mind that’s open to being wrong and looking way outside of the box for greater understanding. Sadly, at some point, approaching the world from solely a logical standpoint becomes “the only” point of view. Over time, over-dependence on what the majority considers real or valid including facts, science, and logic alone, ever-so-insidiously closes the doors of a once open mind, stripping away the acceptance of far broader understandings while stealing away with your worldview as something wondrous and magical. 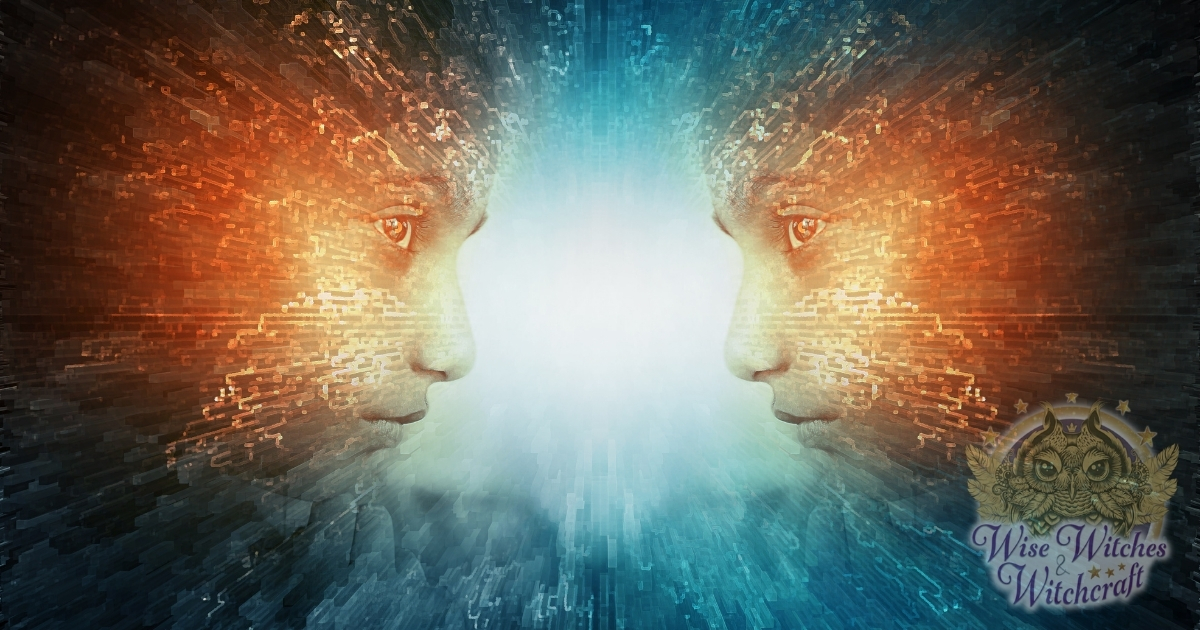 Early on in life, for the sake of “normalcy” and aligning your thoughts with the understandings deemed appropriate or acceptable by the mass-mind (occasionally called “the general consensus”), well-meaning elders teach you what is “irrational.” The lessons often include the notions spirits don’t exist. The fae world isn’t real, magic is a pseudoscience, and such subjects are nothing more than fictitious tales, foolish superstitions, or flights of fancy. You may go through life never concerning yourself with verifying the “simple truths” so strongly etched onto the slate of who you are.

As such, the first step in developing a mindset that’s open enough to accept and embrace the reality of magick, is a willingness to engage in continuous learning. In essence, you’ll want to become a dedicated student of life who is not afraid to question. Herein lies the rub; you need to not fear questioning things—A feat far easier said than done.

The very act of questioning means that at some point you’ll encounter friction, resistance, or push back, especially when your questioning suggests disagreement with long-held truths or understandings. Here, tapping into the inner warrior within is vital, because your desire to understand the greater truths of the Universe are a Divine right. You are, after all, born with a curious mind for good reason. But, unless you stand strong in your convictions, dig deep, and decide to examine the whos, whats, whens, wheres, and whys of any accepted truth regardless of opposition, your mind, like some dark, dank, and lonely sepulcher, remains closed. 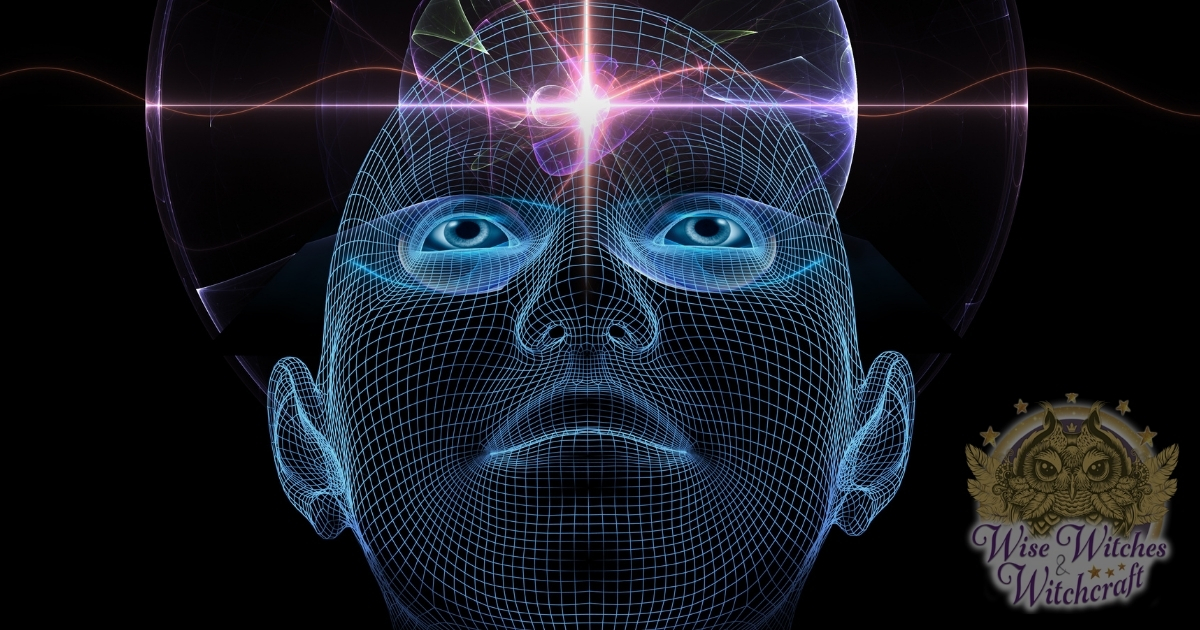 That’s what the study of magic and living a magical life is all about-discovering the endless possibilities and potentialities within an ever-mysterious Universe. Developing a magickal mindset is, for all intents and purposes, an awakening. It involves stripping away the all too comfortable restrictions holding you hostage within the limiting boxes of conformity. A magickal mindset allows you to embrace the realization the invisible and intangible are just as real (if not more so) as what you see, taste, touch, smell, and experience in the physical realm. It is the same mindset that may even bring you to the eventual understanding the physical world itself is an illusion, one we construct entirely, based on what we observe, which, in turn, is influenced by expectations.

You have to step beyond the comfort zone of normalcy to begin to examine reality without restrictions. Doing so reveals greater insights into what Carl Jung identifies as “the irregularity of reality.” It’s only then you discover that sunlight may appear yellow when, in reality, it is a combination of light waves of every color in the rainbow. Or that it’s the Earth’s atmosphere that scatters the light waves coming from the Sun that makes the sky appear blue. Or that microscopic algae make the crystal-clear oceanic waters “appear” green.

Consider for a moment that the Universe is vast and outer space “appears” black if the stars’ light is absent. But is it only through the willingness to learn more about reality that you have the chance to discover the Universe’s backdrop color is beige and what scientists dub as “Cosmic Latte.” All of the latter events are happenings that are invisible, intangible, and yet, they are still real, while creating illusions we have come to understand as facts or “truths” based solely on what people experience through the five basic senses alone. 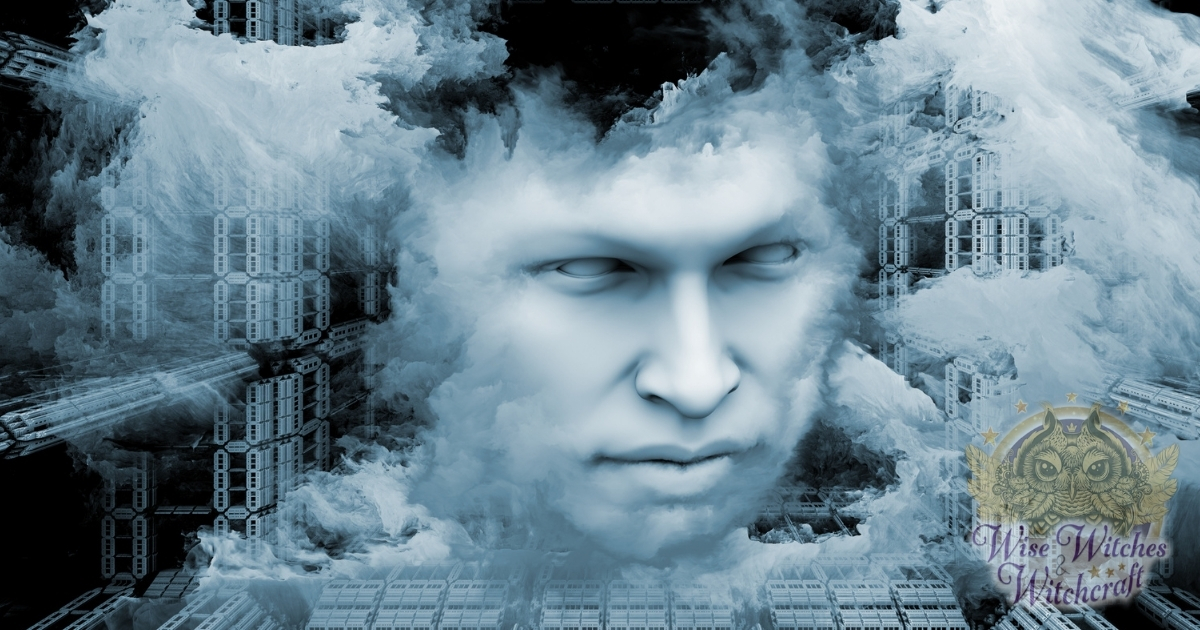 And what of defining the difference between “good” and “bad”-it can take a lifetime to come to fully understand the fine line between the two concepts, both of which are highly dependent on a multitude of factors influencing them: your age, intention, experience, cultural influences, your upbringing, peer interaction, religious background, intuition, feelings, and moral compass determine where the ax falls when separating “good” versus “bad” in word, thought, and deed. Throw into that mix the age-old question of “why bad things happen,” or the “question of evil,” and it becomes an even more precarious endeavor to put a rock-solid definition on what’s wholly “good” or entirely “bad.”

Now take a moment to consider people as social beings that are by no means isolated from one other, even when they are great distances apart. Thanks to technological advancements, talking with a close friend, relative, or even a perfect stranger is just as simple as a phone call or text message away. At first, it might seem the ease in which you can connect with others is a miraculous advantage, one serving to broaden perspectives and horizons-in some cases, that’s true, and in other cases, not so much. 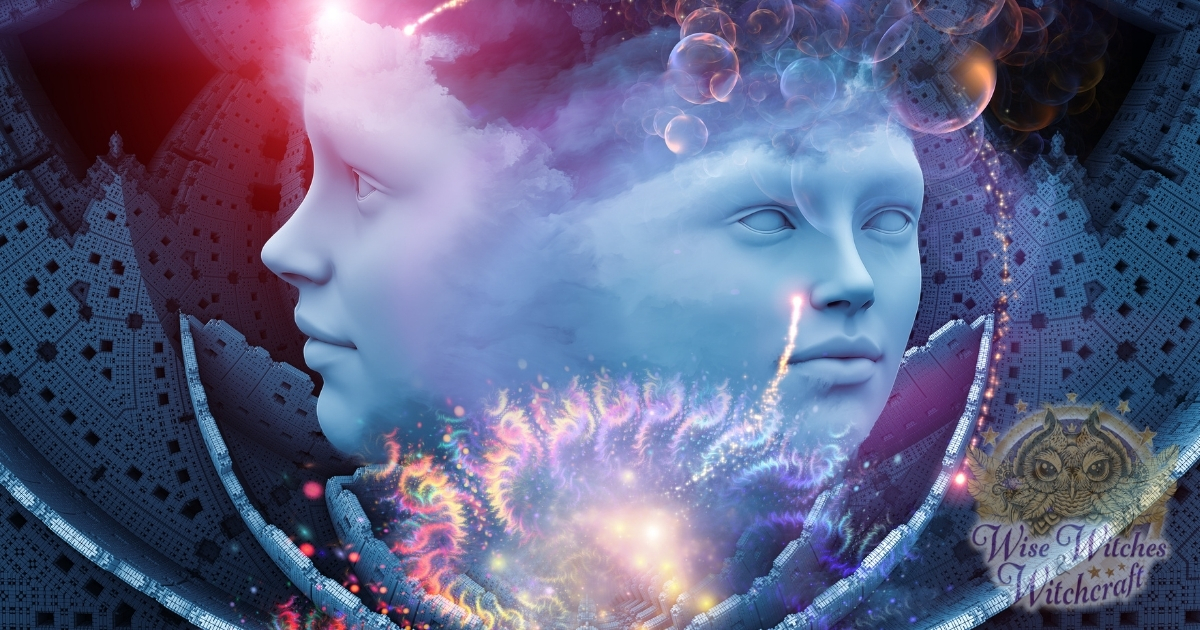 Today, many people diminish the “magic” of communication and the power of words, even without meaning to, through their everyday conversations. Reflect on some of your most recent talks with others, even if it was just playful banter, and you’ll soon discover people toss about ideas, thoughts, and words with casual indifference. But if we look back to people’s beliefs in ancient civilizations, we see there was, at one time, a recognition of the power of thoughts as living thought-forms. Indeed, there was a time many people also understood the power of written or spoken words and the “magic” of “human thoughts made manifest” on a stone tablet, papyrus, parchment, or paper.

In the past, the power of speech seemed like common knowledge—meaningful utterances capturing one’s understandings, beliefs, and imaginings and carrying them on the air to others’ ears, as if magickally, and through such transactions, offering the gifts of sharing, persuasion, and influence. The ancient Egyptians called the power of vocalization “Divine Utterances.” Similarly, Saint Augustine of Hippo wrote in “City of God,” of God’s creative power stemming from something as simple as the spoken word: “Let there be light.” (Gen 1:3).

One of the most important things you’ll come to recognize as a practitioner of the Magical Arts is that you face a time where it becomes necessary to step up and take a stand. It means assuming full responsibility for your every thought, word, and deed. While it may sound like a simple action, it’s not always so easy to do. Nevertheless, it’s a good principle to keep in mind at all times and to strive for as you work within both the physical world and the magical realm that is superimposed upon that very seemingly concrete reality.

What is an Unadulterated Magickal Mind? 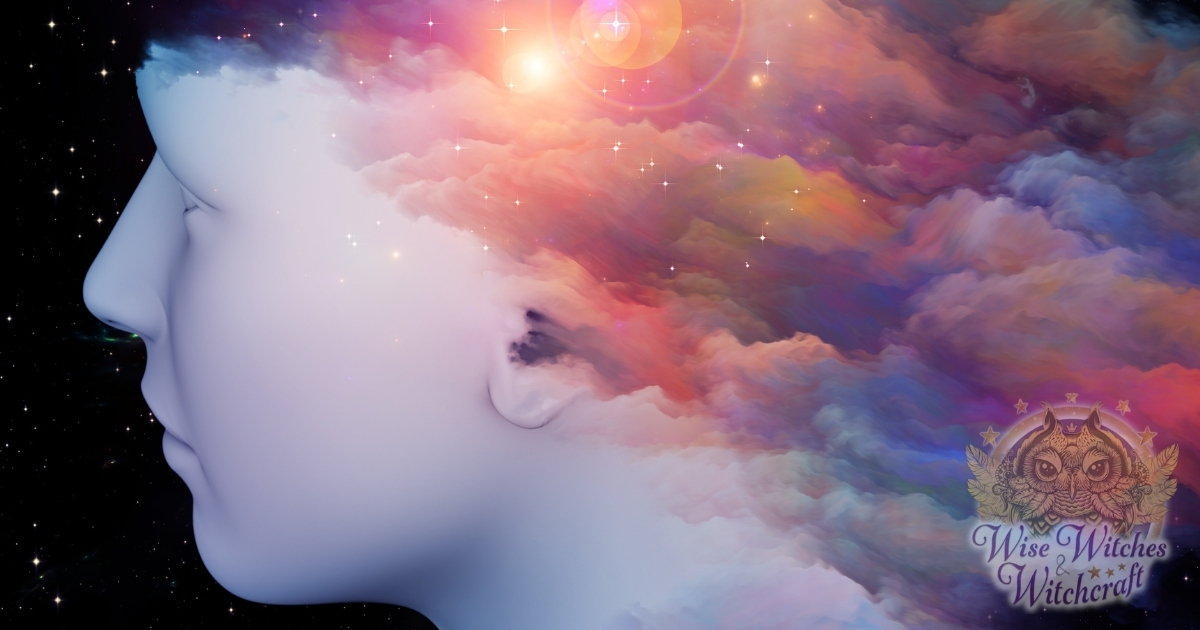 Imagine, for just a moment, if left to your own devices. Absent of society’s preconceived instructions or centuries of developed “truths,” what thoughts and understandings would you develop to mold the way you think about the world and express your thoughts. It’s not too difficult to envision the state of an “unadulterated” mind: one with minimal societal or cultural influence. All you have to do is think back to the Paleolithic Era and how cavepeople viewed the world as a place of awe, wonder, and strangeness.

Ancient ancestors saw it as an omen when the Moon eclipse the Sun, the birth of a child was literally “magical,” while the same people believed wearing the skin of a specific animal could give them the power, strength, and vitality of that same creature. During the Stone Age, people had a magical worldview. They were a long way off from being limited by the “boxed-in, facts-are-facts, one-right-way-of-thinking mentality” that casts an empirical shadow over modern society’s understanding of reality and human experiences.

It is this very same open mind you’re looking to develop now. It, by no means, indicates a need to move backward or regress. You are not casting logic or rational thinking to the wayside here. But what you are doing is taking back your right to look at your reality anew, through a lens of amazement and awe. You are accepting that fact that humans, in all that they have come to learn over the centuries, are merely in their infancy in terms of truly comprehending the vast and magnificent, magical Universe.

In the profound words of Isaac Asmov: “Your assumptions are your windows on the world. Scrub them off every once in a while, or the light won’t come in.”