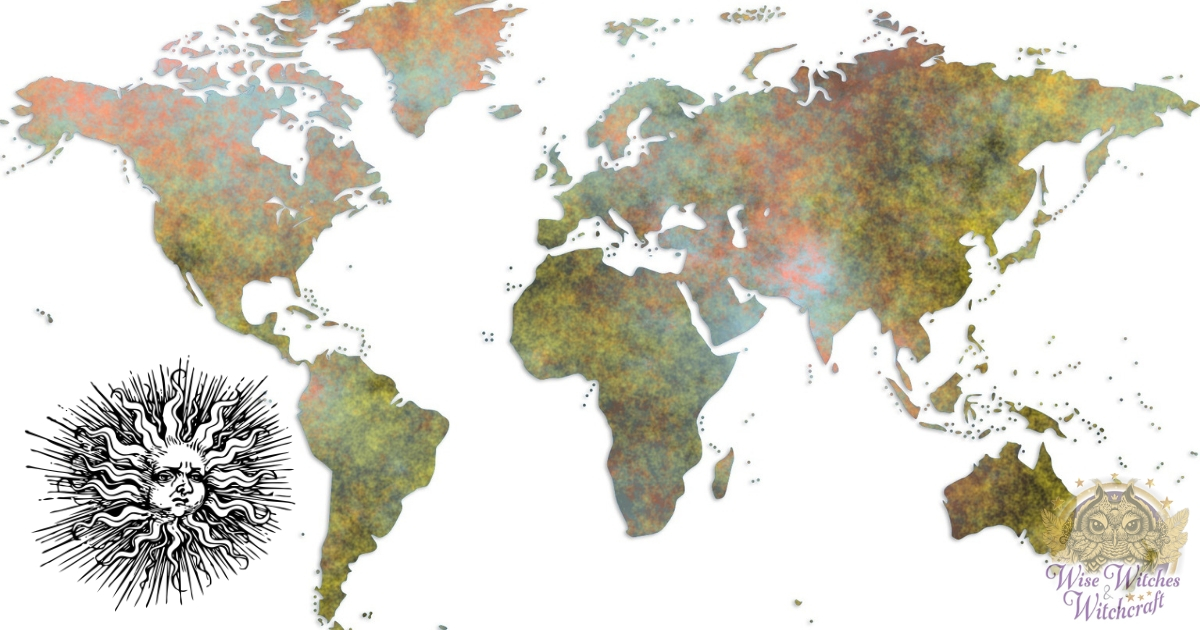 In Native American culture, magic is unique for each region, with different kinds of and charms, vision-inducing rituals, masks, costumes, carvings and ceremonies. However they all share a sense of awareness and oneness with their land, plants and creatures of the land. They looked to the land to provide the raw materials for their magic-making, such as herbs, stones, shells, feathers, bones and other materials for the making of remedies, charms, costumes, and masks. They also believed in the power of nature and strived to maintain a sense of unity with her unseen forces. 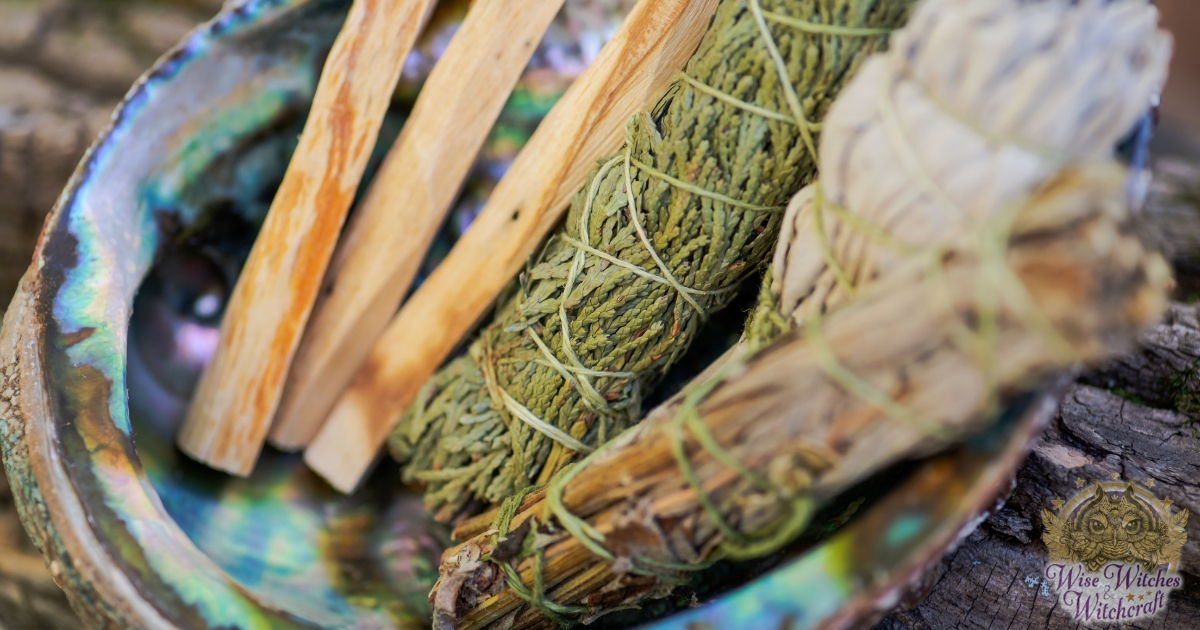 North American Navajo medicine men, known as Hatalii, use several methods to diagnose a patient’s ailments, including the use of special tools such as crystal rocks, and abilities such as hand-trembling and trances, sometimes accompanied by chanting. Training as a Hatalii is arduous and takes many years, the apprentice learning everything by watching his teacher and memorizes the words to all the chants. The famous Navajo shape-shifters, the Skinwalkers or Yea-Naa-gloo-shee, are witches who assume animal forms to travel surreptitiously and to deliver their curses in secret.

The most common type of Navajo witchcraft is known as Witchery Way. On method is the use of “corpse poison”, or powdered corpses, especially from the corpses of children, particularly twins, the best body parts being the fingerprints and the bones of the back of the skull. A sub-branch of Witchery Way is based on the power of names, body material like fingernails and possessions to affect their owners by sympathetic magic and curses.

Spearfinger was a legendary Cherokee witch who had a finger that looked like a spear. She was said to have worn an impenetrable stone dress and to have eaten the liver of her victims. She supposedly haunted areas in the Appalachian Mountains, where she is believed to still inhabit today. 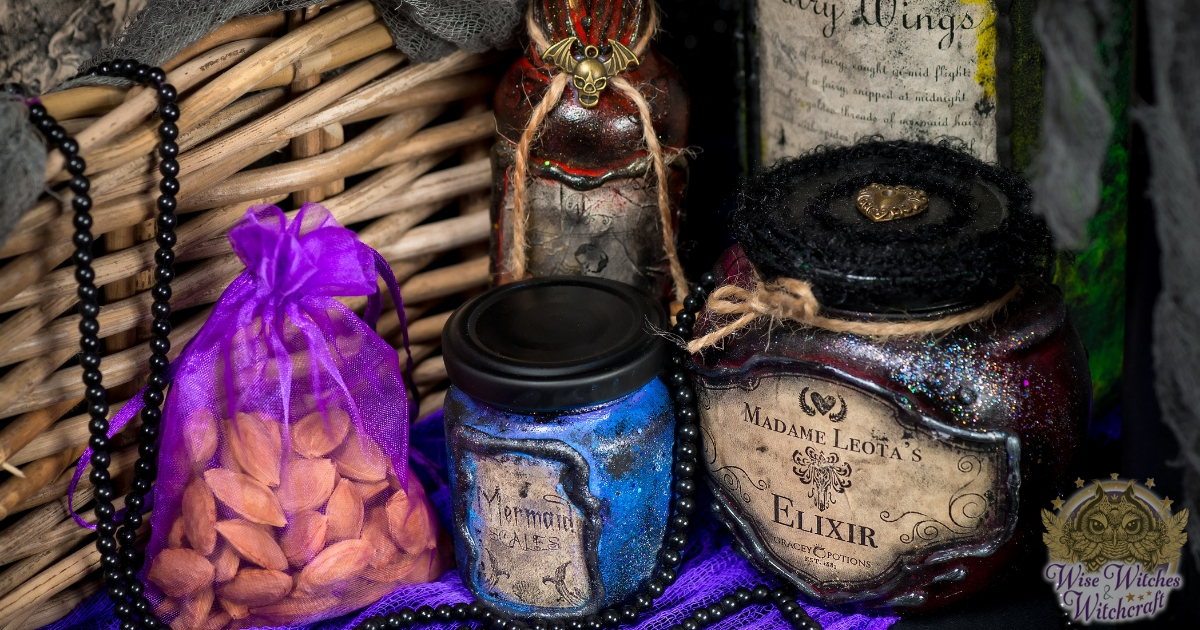 Appalachian Granny Magic is a form of witchcraft that dates back to the first European settlers of the Appalachian Mountains, who arrived in the late 1700s from Ireland and Scotland. Practitioners, also known as “Water Witches” (specialists in dowsing for water or energy vortexes) or “Witch Doctors” (specialists in healing and midwifery), believe in, and give daily offerings to, the fairy folk and leprechauns they believe followed them to the new country. They also believe in the spirits of the dead and seek out the guidance of ancestral spirits. Many of the older Granny Magic spells are sung and danced, and home-made cauldrons, brooms, pottery, candles, mirrors and baskets are all utilized.

Hoodoo (also known as “conjure”) is a syncretic combination of practices from African and Native American traditions, as well as some European magical practices and grimoires and even Biblical figures, and the dominant worldview in hoodoo is usually strongly Christian. Rootwork is a subcategory or type of hoodoo practice involving use roots and herbs in magical practices. Practitioners have largely been African Americans in the American Southeast, but there have also been some notable white root doctors as well as Latinos and Native Americans. Home-made potions and charms form the basis of much old-time rural hoodoo, the goal of which is to allow people access to supernatural forces to improve their daily lives by gaining power in many areas of life, including luck, money, love, divination, revenge, health, employment, and necromancy.

Kahuna refers the traditional sorcerers and healers of the islands if Hawaii, although kahuna include experts in anything from diagnosing illness, herbal medicine, canoe building, temple building, wood carving, star-gazing, agriculture, etc. Both the healing and sorcery of the kahuna were based in prayer to the ancient gods, and the practitioners were forced underground with the arrival of Christian missionaries in the 19th Century. 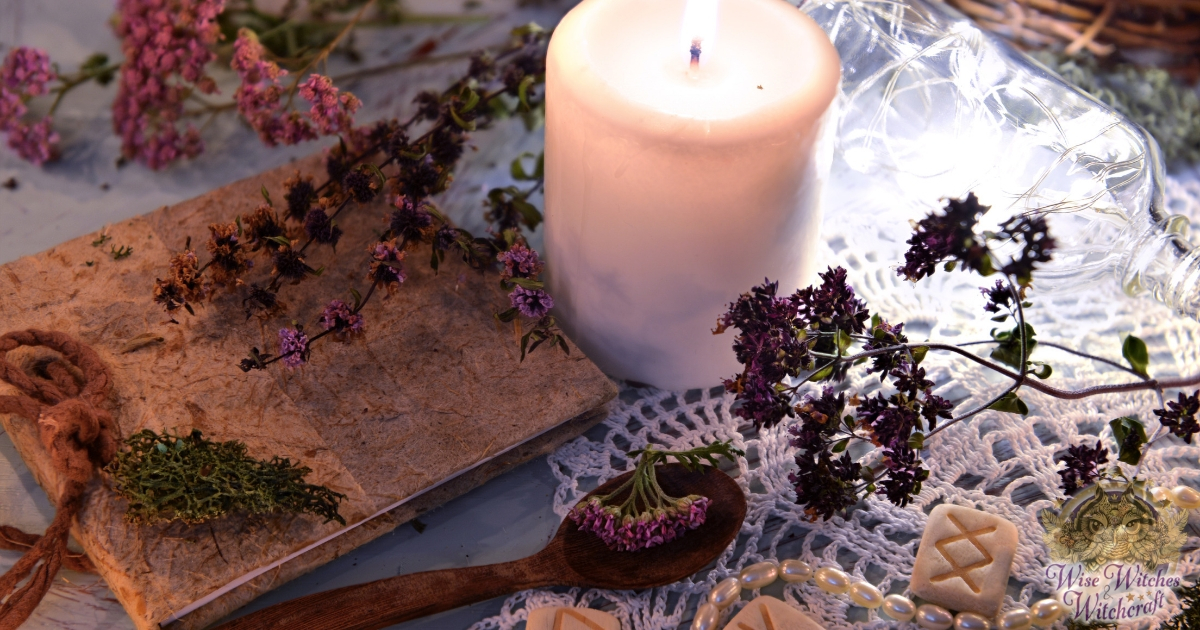 Pow-wow is a system of American folk religion and magic associated with the Pennsylvania Dutch (quite distinct from “pow-wow” in the context of Native American gatherings). Despite the Native name, it is actually a very traditional collection of European magic spells, recipes, and folk remedies, mixing prayers, magic words and simple rituals to cure simple domestic ailments and rural troubles. It is also called hex or hex work, or Speilwerk in Pennsylvania Dutch, after their use of hex signs (octagonal or hexagonal star-like patterns). Also important to the pow-wow practitioner were the “Sixth and Seventh Books of Moses”, books containing cabalistic magic, claiming to be the magical arts by which Moses obtained his powers and commanded spirits, but actually compiled by Johann Scheible in 19th Century Germany.

Santería (also known as “La Regla de Lukumi” or “Lukumi’s Rule”, and The Way of the Saints), is a syncretic Afro-Caribbean religious tradition derived from traditional beliefs of the Yoruba people of Nigeria (brought to the New World in the days of slavery), mixed with elements of Christianity. In order to preserve their authentic ancestral and traditional beliefs, the Lukumi slaves had no choice but to disguise their “orishas” as Catholic saints. Practices include dance, sung invocations to the orishas, sprinkling mercury around a home and animal sacrifices (especially chickens). Nearly all Lukumi ceremonies are reserved for priests and the newly initiated, and non-adherents are prevented from participating in ceremonial rites. An initiated priest may enter a trance state, become possessed, and channel the orisha, giving the community and individuals information, perform healing, etc. It is popular in Cuba and the United States and other areas with large Latin American populations. 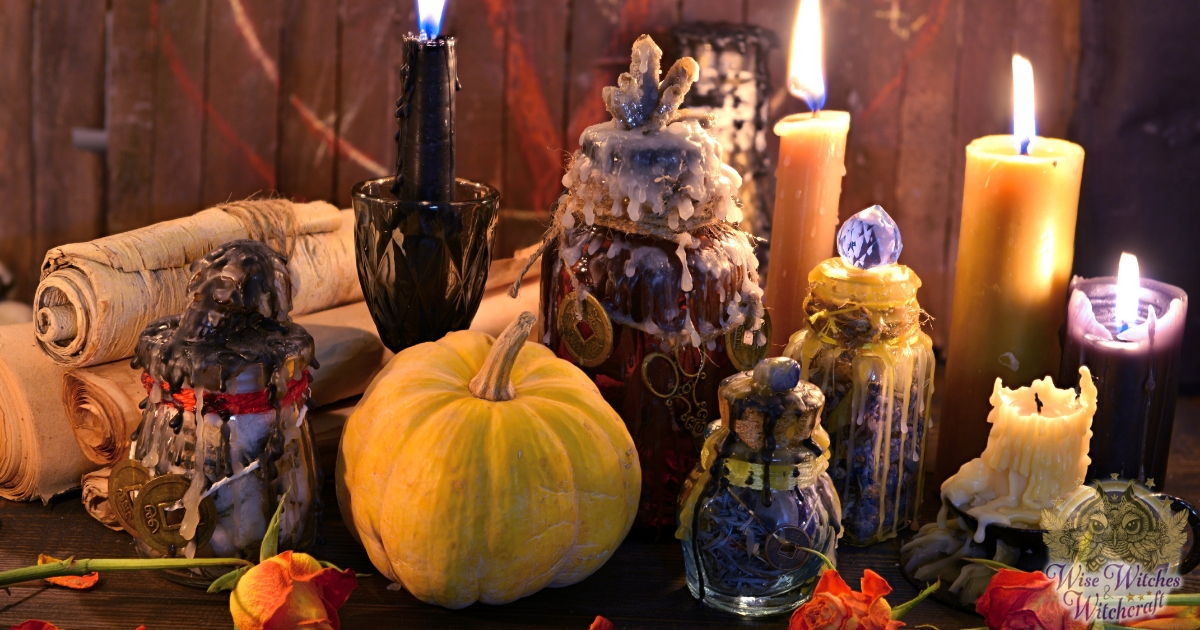 Vodou (or Vaudoo or the anglicized Voodoo) is a family of New World syncretistic religions primarily based on the Vodoun faith of the Fon, Ewe and related peoples of West Africa, as practised in the African diaspora, especially Brazil, Haiti, Dominican Republic and Cuba. It has a strong oral tradition, and adherents honour a pantheon of deities and spirits, and venerate ancestors, both ancient and recent. As with Santería, Roman Catholicism was mixed into the religion to hide their pagan religion from their masters, who had forbidden them to practice it, and Catholic prayers can be included in Vodou worship. Many of the common associations in the popular mind with Satanism, zombies and “Voodoo dolls” are spurious.

Louisiana Voodoo (or New Orleans Voodoo) is a variant of Vodou, also originating from the ancestral religions of the African diaspora and syncretized with the Catholic religion as a result of the massive forced migrations and displacements of the slave trade. It generally lays a greater emphasis on folk magic, although it is also the source of the idea of “Voodoo dolls” (a method of killing a person, or make them very sick, by incorporating their hair in a wax doll which is then burned).

Brujería is a general label for the witchcraft practices of Central America, which are a combination of those of the European settlers and the indigenous Mayan people of the region. Traditional brujos hold core beliefs that are similar to, or identical to, witchery around the world, and modern brujos are diverse and can resemble faith healers, and be shamanic, spiritualistic or pagan. Practices are similar to witchcraft in general, including spells, charms, amulets, divination, the use of plants and herbs, and often practices such as ritual or ceremonial ecstasies, shape-shifting and glamoury. Brujería also refers specifically to a mystical sect of male witches in the southernmost part of Argentina. 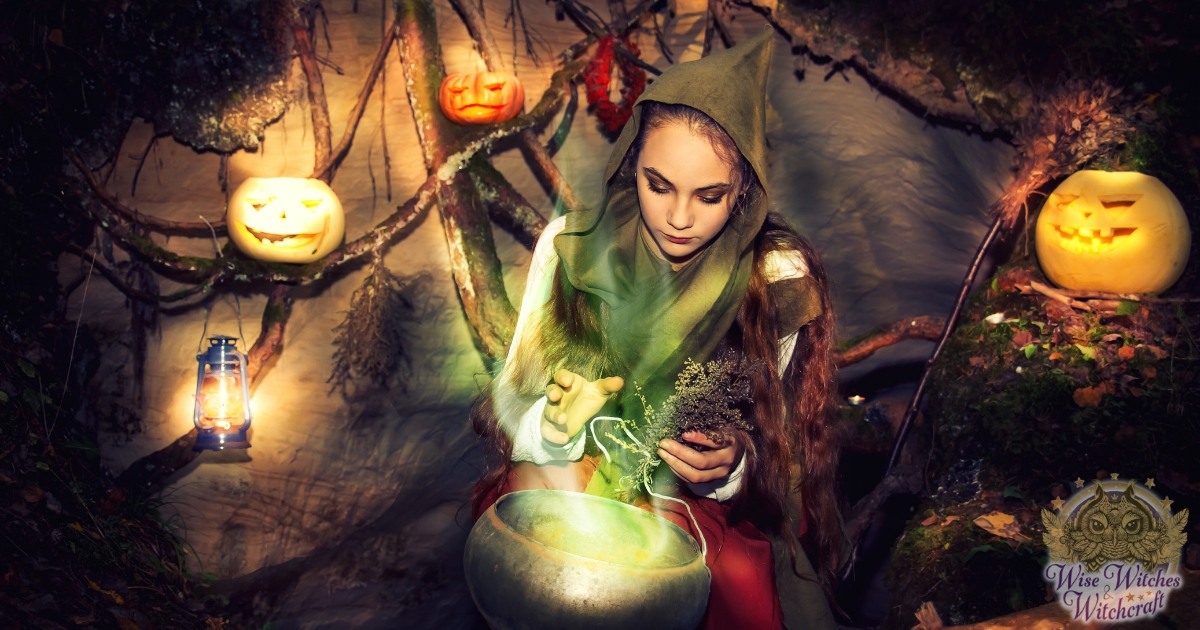 In the Peruvian Amazon Basin and north coastal regions of the country, the healer shamans are known as Curanderos. They use rattles and the ritualized ingestion of mescaline-bearing San Pedro cactuses for their sorcery and deification. In general, they do not use spells or divination, but rather work as psycho-spiritual healers doing such things as soul retrievals.

Among the Mapuche people of Chile, South America, the community shaman, usually a woman, is known as the Machi, and serves the community by performing ceremonies to cure diseases, ward off evil, influence the weather and harvest, and by practicing other forms of healing such as <strong>herbalism. The Kalku is a Mapuche sorcerer or shaman (usually, but not necessarily, an evil one), who has the power of working with spirits or wicked creatures known as “wekufe”.

Macumba is the Brazilian form of Vodou or Santería, or the worship of the ancient African gods through spirit possession and magic, usually incorporating some Christian imagery. It is an umbrella term for the two principal forms of African spirit worship in Brazil, Candomble and Umbanda, although the definitions of, and boundaries between, the three terms are vague.

Candomble ceremonies generally start with invocations to the gods, prayers, offerings and possession of the faithful by the gods. An example of Candomble is the Sisterhood of the Boa Morte, which worships the iyás, the female spirits of the dead. Historically, a good death was seen as a proper passage from the material world of slavery to the spiritual world. Today, the Boa Morte (“good death”) festival takes place in Cachoeira, Brazil, every August, and is deeply syncretised with the Feast of the Assumption of the Virgin Mary. Another celebration, held on 1 January each year, involves more than a million celebrants wading into the ocean at dusk, where a priestess known as “mao de santo” (or “mother of the saint”) lights candles and purifies and ordains the other young priestesses. 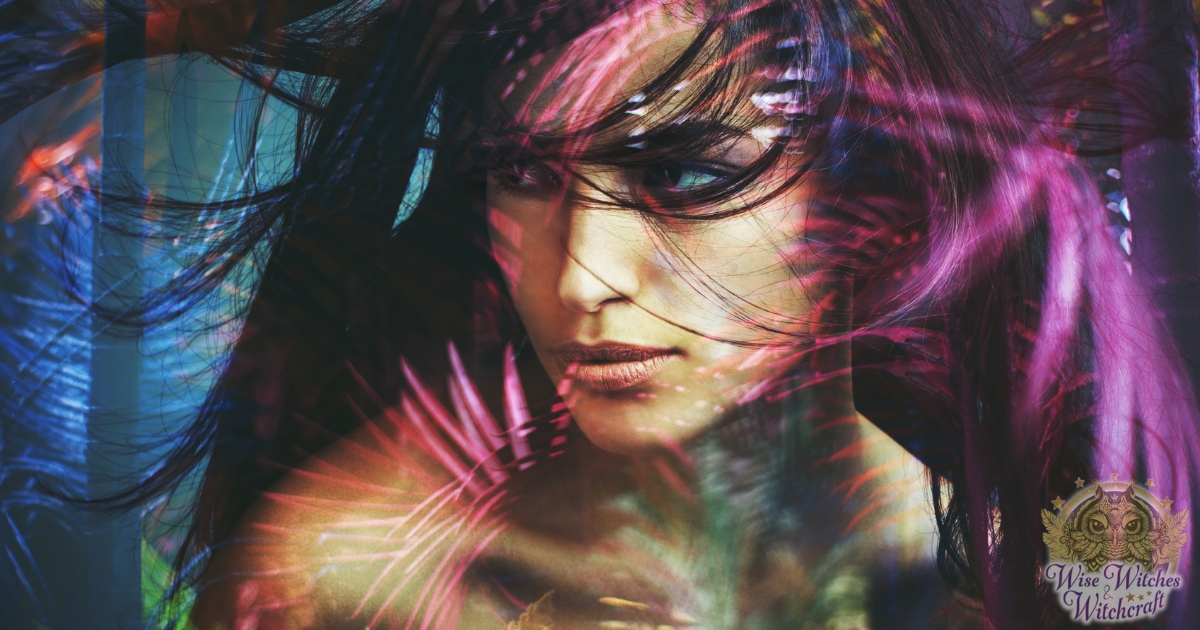 Umbanda incorporates the worship of Catholic saints along with the beliefs of the Brazilian Indians and Spiritualism. Typical practices include spirit possession and mediumship, and spells for both healing and cursing, often performed as a commercial service. An important spiritual teacher of Umbanda was Gildette César, a medium who directed the Tenda Espírita Guaracy in Rio de Janeiro for more than 50 years.