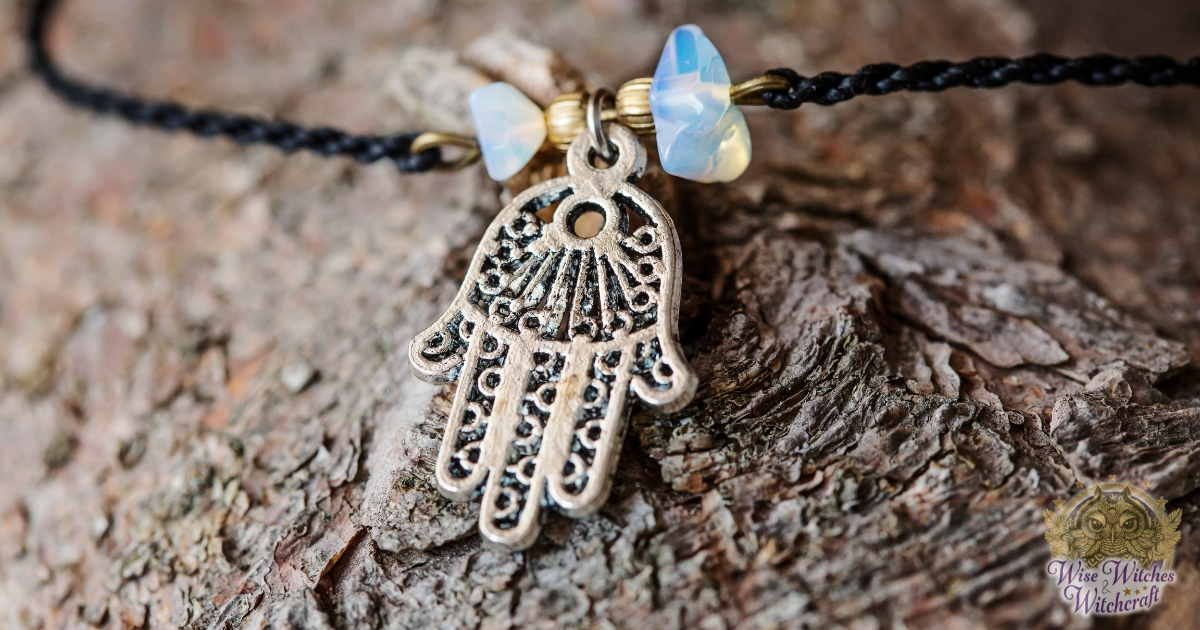 An amulet is any object (usually small in size) intended to bring good luck and/or protection to its owner, or any object believed to hold magical properties that can protect against bad luck, illness and evil. It may be used for specific purposes, or just for general good luck. Potential amulets include gems, crystals, simple stones, statues, coins, drawings, diagrams, pendants, rings, plants, animals, even words. They are often worn as a necklace or pendant, although they can be worn anywhere (the closer to the body they are worn, the more powerful their magic is believed to be).

A talisman is also an object that possesses magical or supernatural power, and there is much debate on the exact difference between an amulet and a talisman. Some argue that the power of a talisman is of a greater magnitude, or that a talisman is able to be magically charged and to transmit its power to its owner or wielder, or that a talisman is used for specific, rather than general, purposes. They are usually more complicated affairs than amulets, often involving carved or engraved figures, or bearing magical symbols or inscriptions in gold, etc. Generally, talismans are not worn, but may be carried in a pocket or purse, or kept near the object they are intended to benefit (e.g. tacked over a child’s bed). When linked with an appropriate spell, they greatly increase its strength, although they can also be used alone, for their intrinsic magic is considered powerful. 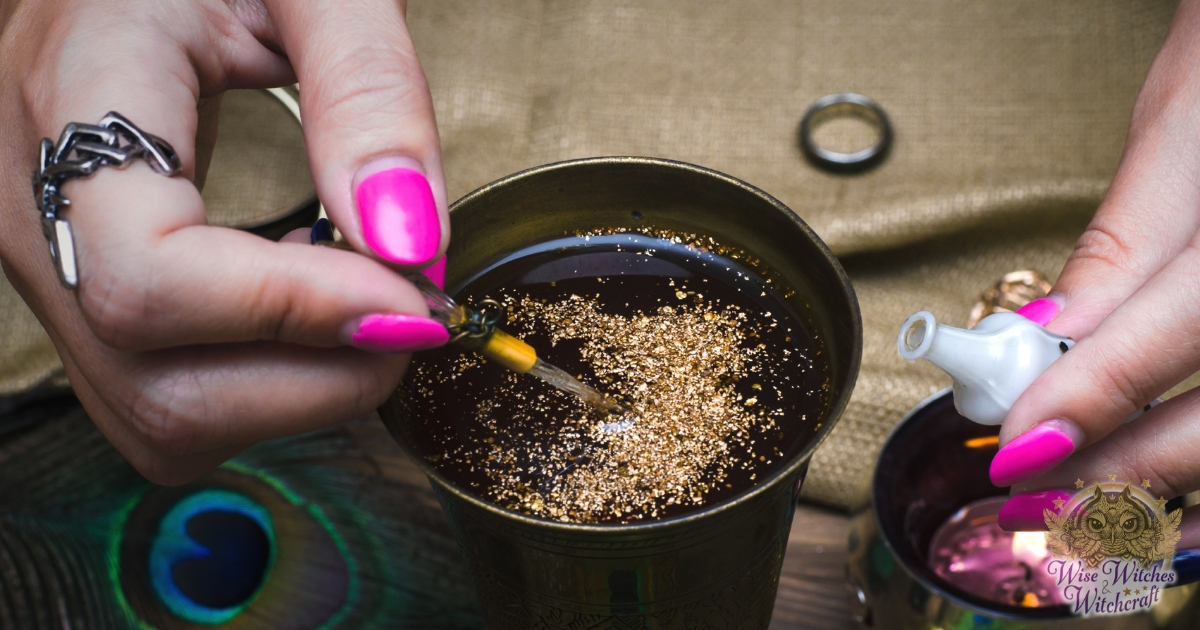 Charms are generally items of folk magic and superstitions, such as a lucky horseshoe, a four-leaf clover, a rabbit’s foot, a baby’s caul or a bracelet of personal charms signifying important things in the wearer’s life. A charm can also be used to refer to a simple verbal spell.

Charms, amulets, and talismans have been used in folklore in all parts of the world and throughout history, from the hamsa (or “Hand of Fatima”) and Nazar (or “blue eye stone”) used to protect against the evil eye in Arab countries, to the “gris-gris” used in Vodou as charms for good luck or protection, to the “cold-stones” (small rounded beach pebbles, painted with dots, wavy lines and geometric shapes) that were held to cure sickness in animals and humans by the Pictish tribes of northern Scotland. “Touch pieces” (coins and medals, especially those with holes in them or those with particular designs) were believed to cure disease, bring good luck and influence people’s behaviour since Roman times; pendants in the magically potent shape of a pyramid pointing to the gods (often coloured black and white to express the opposition of good and evil) were worn in Asia Minor; an exaggerated apotropaic eye was painted on Greek drinking vessels as early as the 6th Century B.C. to ward off evil spirits while drinking; an amulet formed from the natural knot-hole of a tree branch was used in magic-making in medieval rural England. Possibly the most powerful talisman in modern witchcraft and Wicca is the pentacle.

In many societies, religious objects serve (or have served) as amulets, such as the figure of a certain god or some symbol representing the deity (e.g. the cross for Christians, the Buddha pendant, the “eye of Horus”, the “eye of Ra” or the “ankh” symbol for the ancient Egyptians). In demonology and Satanism, an inverted cross or a pentagram in downward position are amulets used when communicating with demons.

Precious and semi-precious stones and crystals are commonly used in amulets and talismans, each stone having its specific significance and power (e.g. amber wards off evil spirits and protects against rheumatism; aquamarine brings love, hope to the oppressed and protects travellers; diamond repels wild beasts and evil men, and ensures fidelity in a lover; emerald strengthens the memory and prevents possession by evil spirits; garnet brings good health and protects against nightmares; lapis lazuli, like all blue stones, protects against black magic and wards off melancholy and insomnia; onyx protects a marriage from intruders; pearl improves the skin, cures fevers and brings tranquility; sapphire brings peace and happiness and protects the eyes; topaz helps to locate buried treasure; turquoise brings peace to married life; etc). 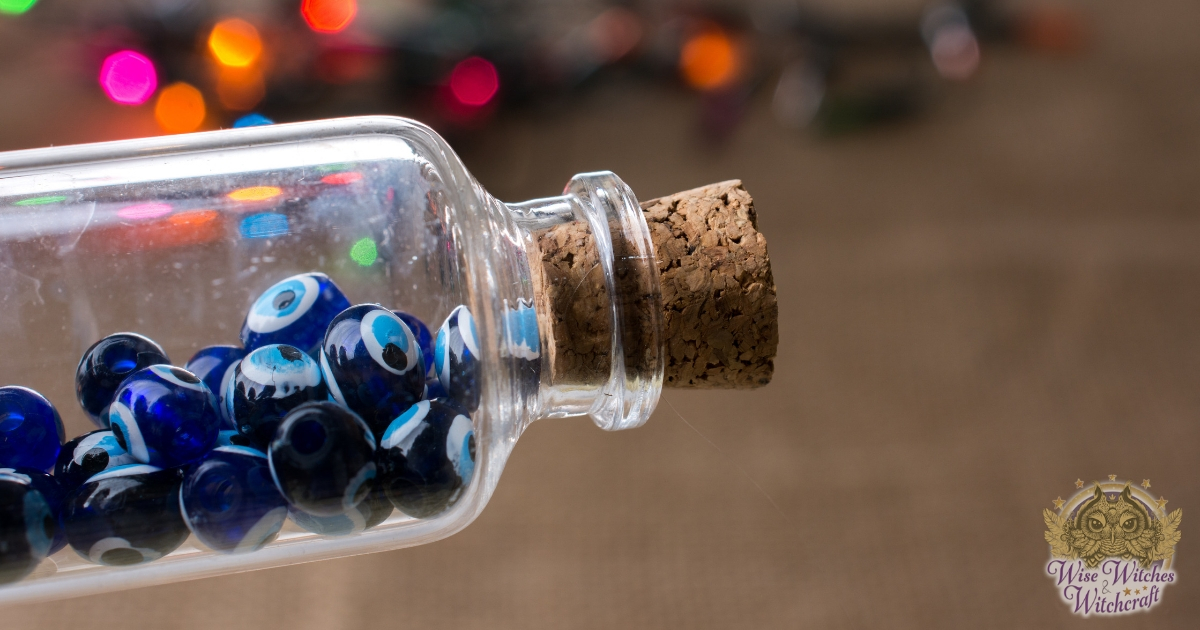 Different symbols and shapes are also considered to have different magical properties. For example, the shape of a bee brings success in business; a black cat is one of the best all-around good luck charms known to witchcraft (contrary to popular superstition); anything egg-shaped brings good luck and is a powerful fertility charm; a fish brings a large family, especially if cast in gold or mother of pearl; a stone arrowhead is a powerful force against evil spirits; the shape of a hand is another powerful charm against evil spirits; anything in the shape of a sacred oak tree, or a piece of oak itself, is lucky; the shape of a pig is a potent bearer of fertility; the form of a serpent brings long life and wisdom; etc.

Many amulets and talismans are made from letters or numbers that may appear meaningless but are believed give off excellent vibrations, and they can be powerful magical aids. Letter and number squares and triangles are common examples, especially when they read the same in all directions or add up to a lucky number such as 15 or 18.