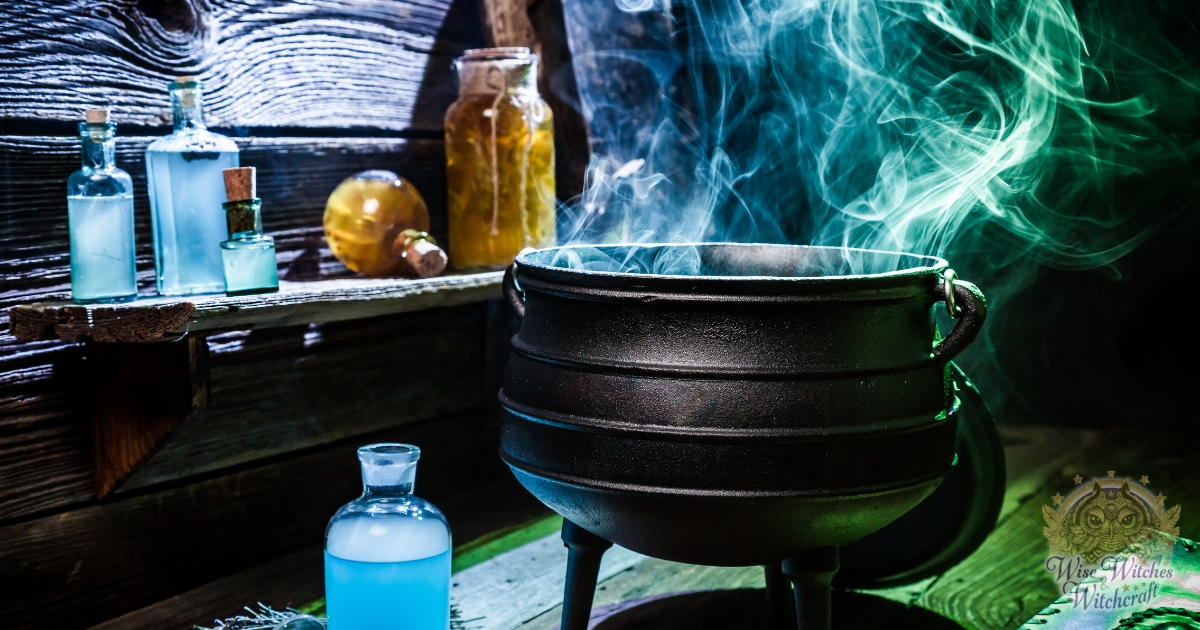 A cauldron in general is a large metal pot or kettle for cooking and/or boiling over an open fire, with a large mouth and often with an arc-shaped hanger. Traditionally, it was made from cast iron, and rests on three legs. Although the cauldron has largely fallen out of use in the industrialized world as a cooking vessel, a more common association in Western culture is its use in witchcraft (witches traditionally prepare their potions in a cauldron), a cliché popularized by various fictions, including Shakespeare’s play “Macbeth” and other more modern fantastic fiction.

In modern Wicca, however, the cauldron is still regularly used. It can be placed in a sacred or ritual circle and used to burn items during a ritual, to hold the ingredients necessary for a spell or incantation, for scrying in water, as a container for making brews and potions, or to provide a vessel in which transmutation, germination and transformations may occur. It is a symbol of the womb of the Goddess, and of rebirth, as it was in ancient British Celtic religion, and is therefore sacred to the Goddess. 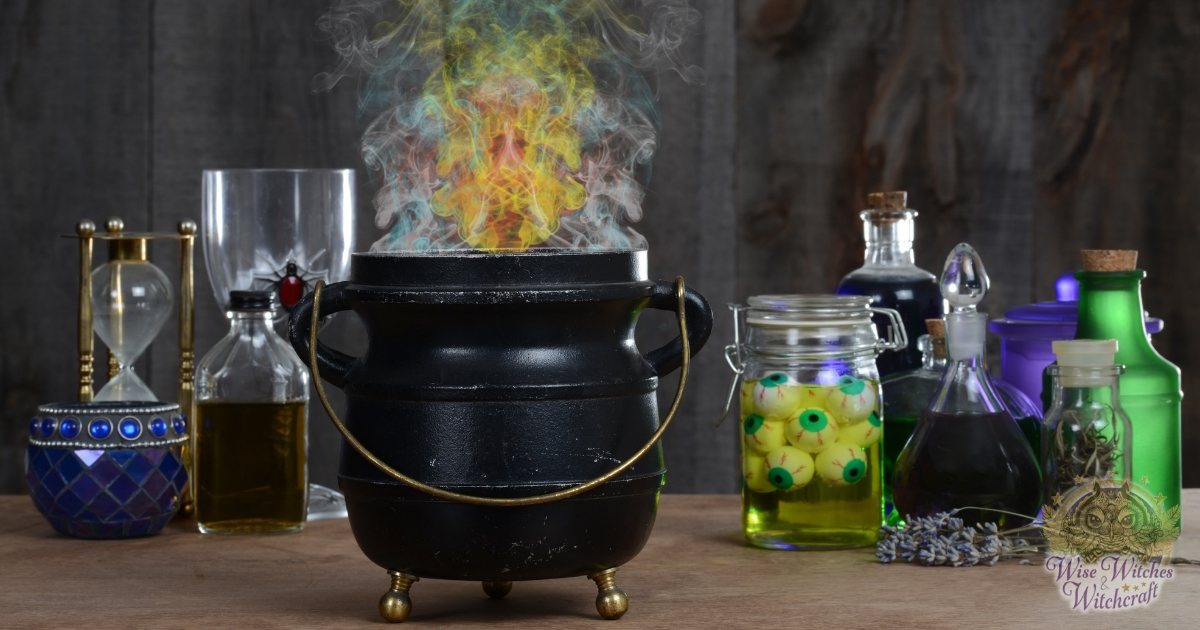 In some traditions of Wicca which incorporate aspects of Celtic mythology, the cauldron is associated with the goddess Cerridwen. Celtic legend also tells of a cauldron used by warring armies, in which dead warriors could be placed and returned to life, although lacking the power of speech (and possibly lacking souls, like golem). These warriors could go back into battle until they were killed again. Also, in Irish mythology, Tir-Na-Nog, the Irish Land of the Dead or Otherworld, was presided over by a crone and her cauldron, to which all life returns to await rebirth.