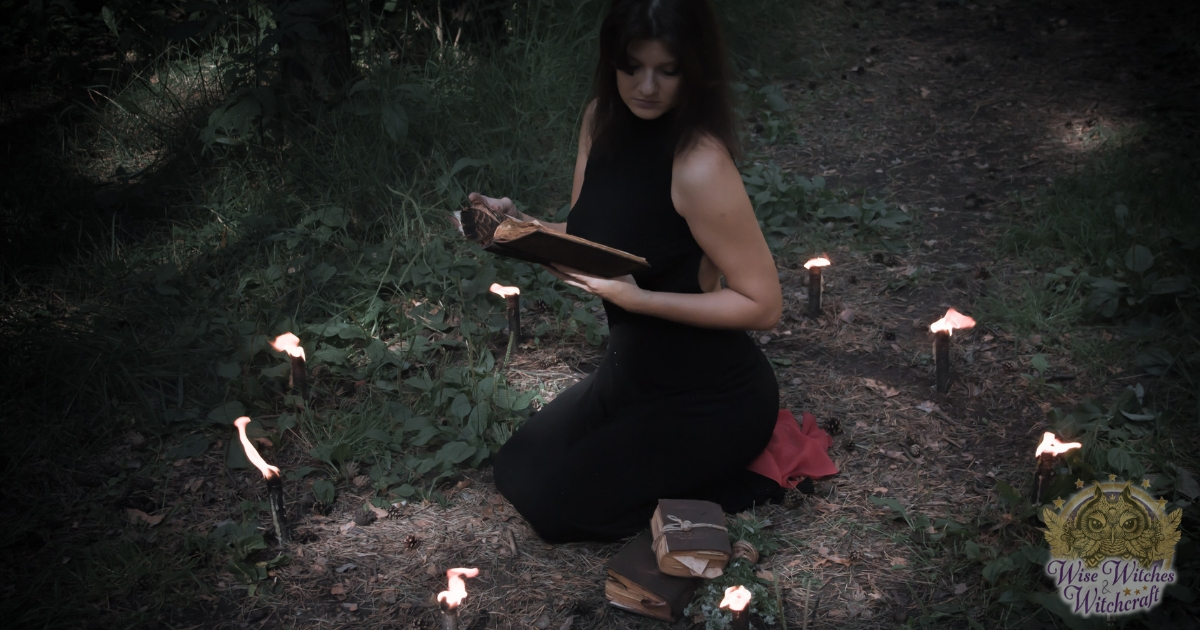 A ritual circle (or magic circle) is a circle of space marked out by practitioners of many branches of witchcraft and ritual magic, either to contain energy and form a sacred space, or as a form of magical protection, or both. It may be marked physically (drawn in salt or chalk, for example) or merely visualised.

The creation of a ritual circle is known as “casting” a circle, and there are many different techniques. Some traditions say that one must trace around the circle three times in a clockwise direction (also known as “sunward” or “deosil”). In Wicca, a circle is typically nine feet in diameter, though the size can vary depending on the purpose of the circle, and the preference of the caster. A simple unadorned circle may be drawn in chalk or salt, or indicated by other means such as with a cord, although a variety of much more elaborate patterns for circle markings can be found in grimoires and magical manuals. Generally, as with most magical practices, an incantation is recited stating the purpose and nature of the circle, often also repeating an assortment of divine and angelic names. 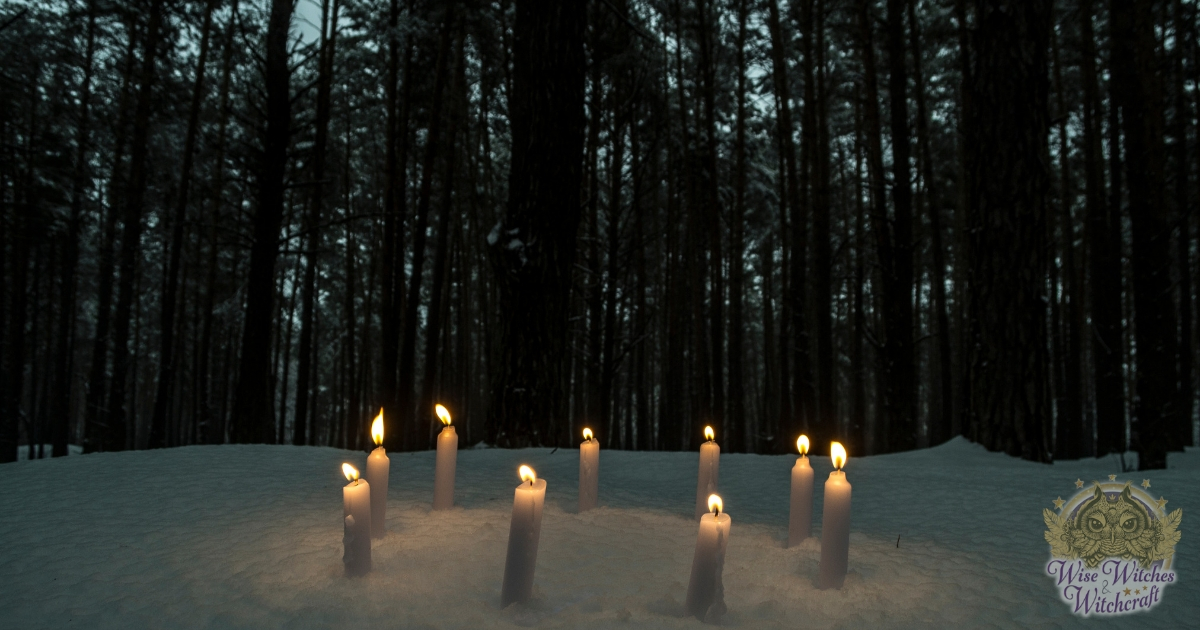 The four cardinal directions are usually prominently marked, typically with four candles, associated with the four classical elements (or for some purposes, the four archangels or the four names of God): a yellow candle for Air in the east, red for Fire in the south, blue for Water in the west and green for Earth in the north. In some traditions, the four cardinal points are believed to have spiritual guardians called Watchtowers, and these may be invoked during the casting of the magic circle.

As the members of the coven stand within a circle, holding hands (or sometimes dancing, drumming, chanting or performing various other ritual gestures) and focussing on a single point above and in the centre of the circle, they can raise energy in a “cone of power” with the circle forming its base. 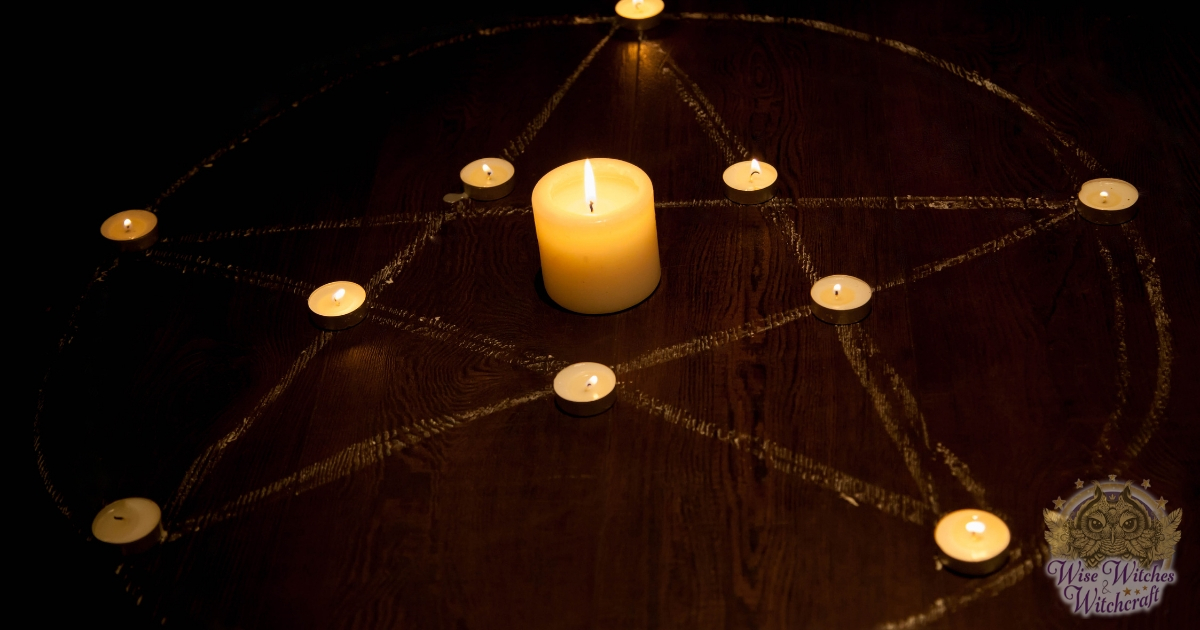 In order to leave a circle and keep it intact (leaving or passing through a circle is normally considered to weaken or dispel the barrier), a “door” in the energy of the circle can be cut with an athame, at which point anything may pass through without harming the circle. This opening must be closed afterwards by “reconnecting” the lines of the circle. A circle is

closed by the practitioners, after they have finished the ritual or ceremony, by drawing in the energy with the athame or with their hand (usually in a “widdershins” or counter-clockwise direction).