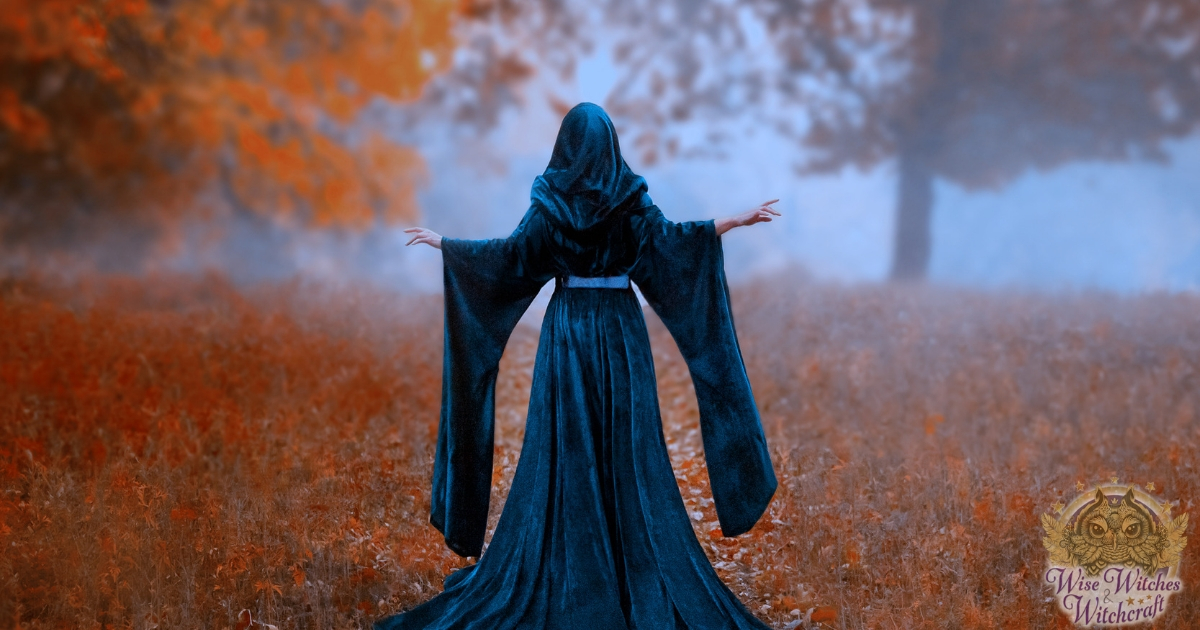 Monique Wilson was one of the original High Priestesses of Gerald Gardner, the founder of modern Wicca, and she has been labelled the “Queen of the Witches”. She is perhaps best known for initiating Raymond Buckland and helping him spread Wicca to the United States. She was widely condemned by the English witch community for selling off the Gardner’s Witchcraft Museum and all of his personal artefacts, and became largely an outcast in the witch community towards the end of her life. 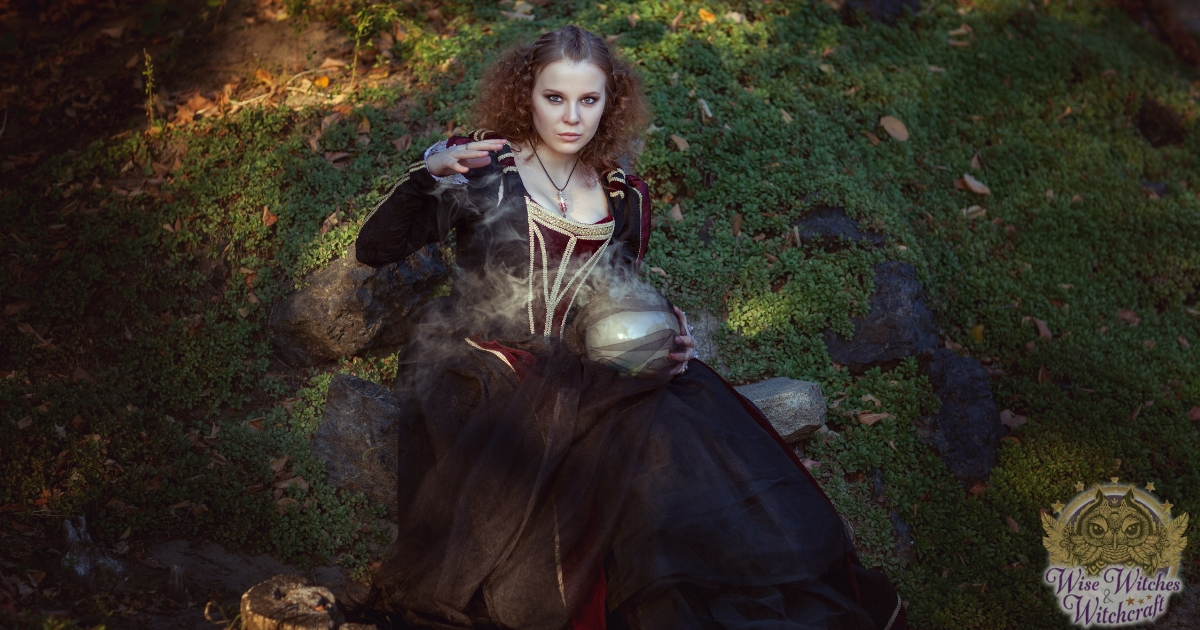 She was born Monique Marie Mauricette Arnoux in Haiphong, North Vietnam in 1923 (or possibly 1928). Her parents were French, her father being a French naval officer stationed in the Haiphong seaport. She first met Gerald Gardner (who was working as a customs official for the British government at the time) as a child in Haiphong, and came to know him as “Uncle Gerald”. In 1939, shortly after the outbreak of World War II, she witnessed the death of her father at the hands of Communists in the streets of Hanoi, after which she and her mother joined many other refugees in fleeing to the relative safety of Hong Kong, to wait out the end of war there, albeit amid harsh conditions.

After the war and while still living in Hong Kong, she met her future husband, a Scotsman called Campbell Wilson (or “Scotty”) who was an RAF commander stationed there, and within months they were engaged and then married. When Scotty left the service in 1954, they returned to the UK, settling in Perth, Scotland, and three years later they had a daughter, Yvette.

It was while living in Perth that Wilson first became interested in witchcraft, inspired in part by Gardner’s 1954 book “Witchcraft Today”. Not knowing that the author was the same “Uncle Gerald” she had known as a child in Haiphong many years earlier, she wrote to him at his Museum of Witchcraft and Magic on the Isle of Man seeking further information about the craft. After renewing their friendship, Gardner (and fellow witch, Charles Clark) initiated Wilson into his coven, giving her the craft name Lady Olwen. Her husband, who acted as her High Priest, was named Loic and their daughter Yvette, although still a young a child, was also initiated and given the craft name of Morven. In 1961, Gardner elevated Monique to High Priestess.

Under Gardner and Clark’s guidance, Wilson formed her own coven in Perth, where Gardner became a regular visitor, and she also became one of his main spokespersons on the craft, attracting much media publicity. Through her association with Gardner, the popular press dubbed her the “Queen of the Witches”, a claim she never refuted and indeed sometimes embellished. 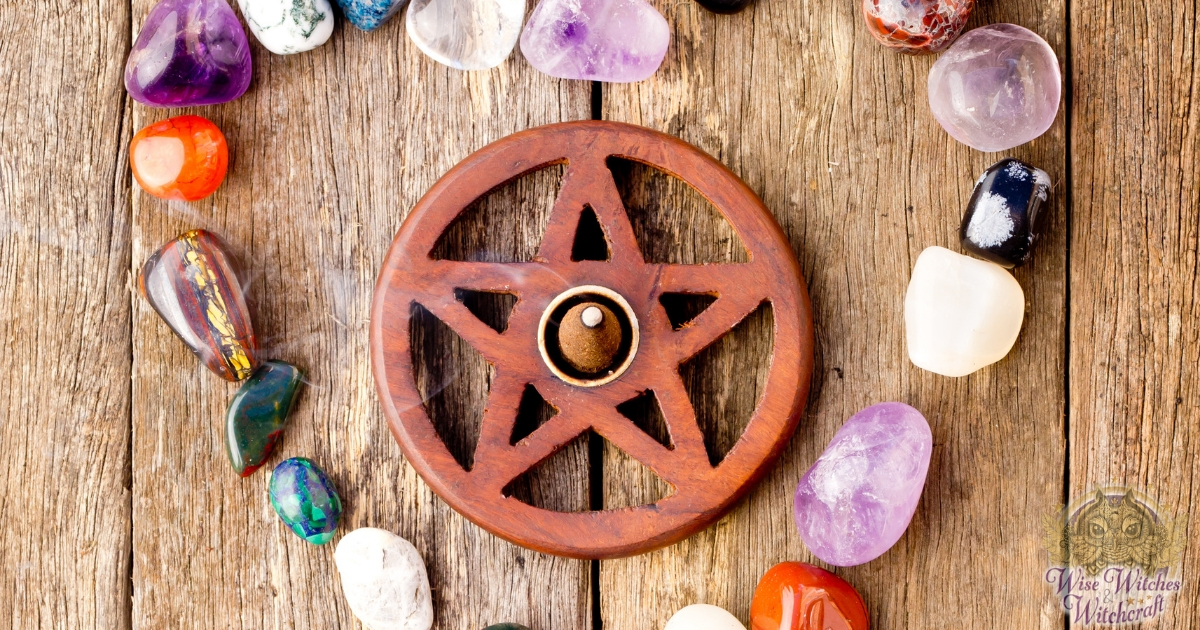 In 1963, Gardner and the Wilsons initiated Raymond Buckland and his wife Rosemary into the craft. Just three months later Gardner died at sea, and left the bulk of his estate to Wilson, including the Museum of Witchcraft and Magic in the “Witches Mill” in Castletown on the Isle of Man, and his own Malew Street cottage, which contained almost as many artefacts, his collection of swords and daggers, his other magical working tools and objects, plus numerous notebooks, papers and other important documents. The Wilsons moved in and took over the museum, also purchasing the attached “Witches’ Kitchen” restaurant in the hopes of making the museum a more viable financial venture.

Wilson continued to generate a good deal of media coverage, most of it positive, but her relationship with other leaders of the craft began to deteriorate. Eleanor Bone was particularly adamant in her objection to Wilson’s continued use of the press-inspired title “Queen of the Witches”, just as she was opposed to Alex Sanders and his “King of the Witches” title.

In 1969, the “News of the World” newspaper ran a sensationalized story about the Wilsons’ daughter Yvette, taking up neighbours’ rumours that she had been abused as a child and forced to take part in witchcraft rituals. As a result of these allegations, Yvette was placed under the protection of a probation officer for the next three years.

With the press and much of the Wicca establishment thus set against her, Monique Wilson started drinking heavily. In 1973, lacking money and community support, her husband Scotty (who had always supported her in all her endeavours to this point) insisted on selling the Museum to the American “Ripley’s Believe It or Not” consortium. The family moved to Torremolinos in the south of Spain, at that time still a quiet and sleepy little village, bought a cafe and (after continuing to practise witchcraft for at least the next two years, including seeding a coven in Germany) withdrew from any further involvement in witchcraft.

The Wilsons were widely condemned by the English witch community for selling off outside the UK the Witchcraft Museum and all of Gardner’s artefacts (which were seen by many as part of England’s national heritage), and they were generally viewed as having “sold out”. As the custodian of these treasures, Monique in particular was accused of abusing her position and responsibilities as one of Gardner’s last High Priestesses, and became largely an outcast in the witch community. 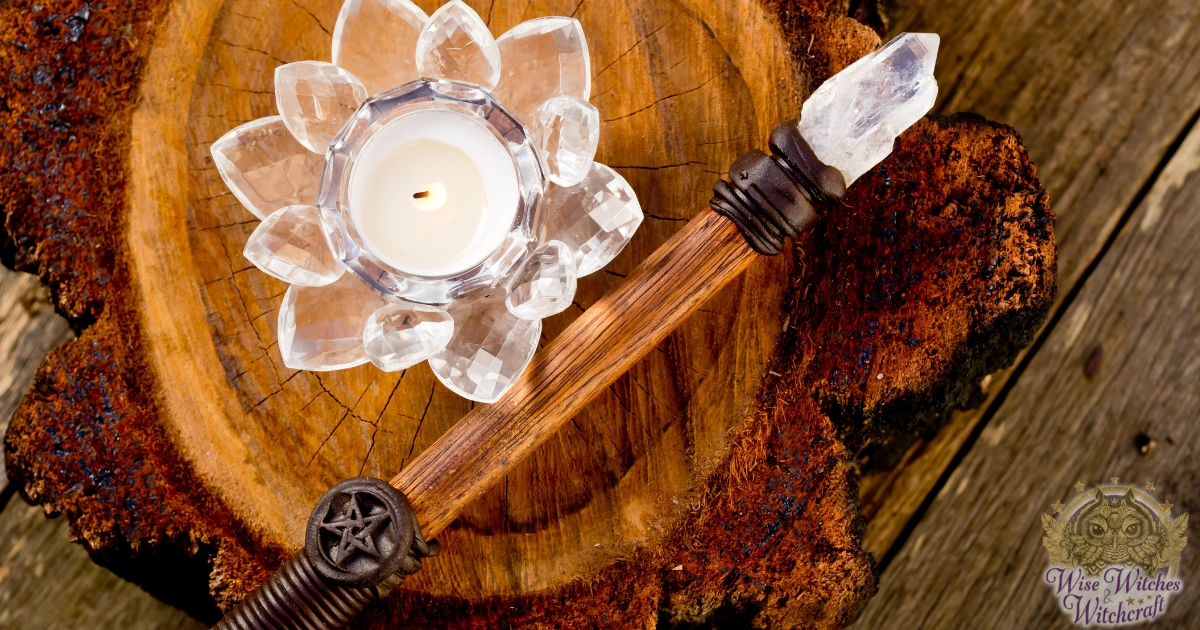 Her name is much better regarded in the United States, however, especially due to her role in initiating into the craft Raymond and Rosemary Buckland (who went on to introduce Gardnerian Wicca to the USA). Monique died in 1982, although Scotty lived through the late 1990s in the USA, keeping up with some of those he met in the craft, but distancing himself from the larger community. Their daughter Yvette actively avoids contact with anyone wishing to discuss witchcraft or anything associated with it.