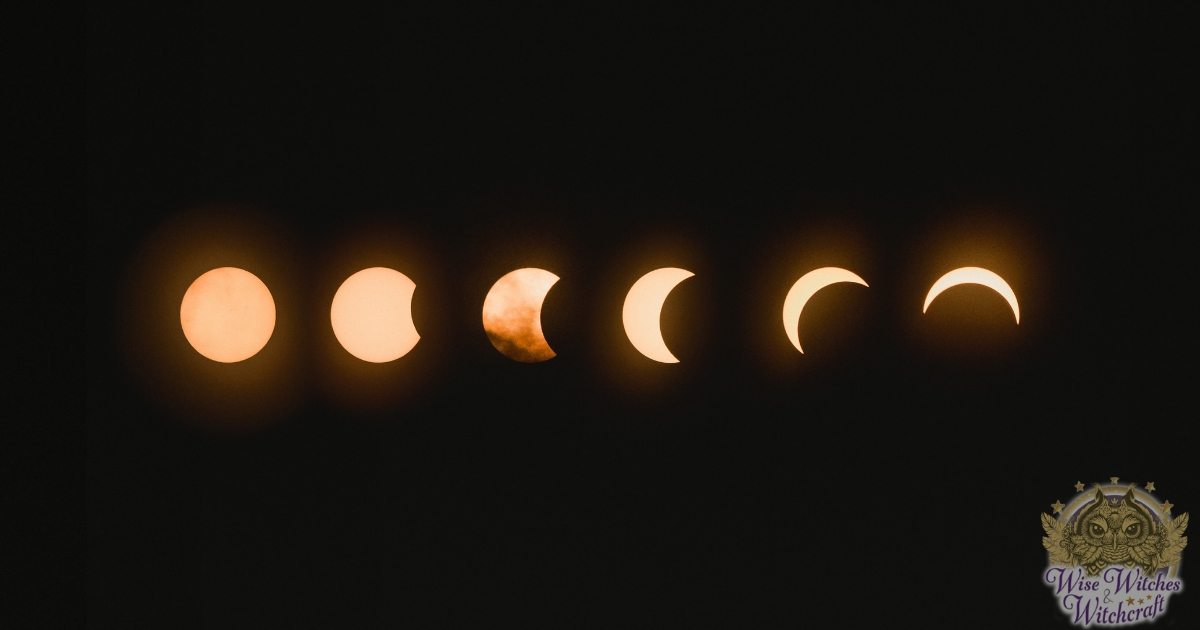 Alex Sanders was the founder of the Alexandrian tradition of Wicca, which has proved popular particularly in Britain and Canada. He deliberately courted publicity and controversy, and was proclaimed “King of the Witches” by his followers, which created dissent with many other Wiccans. However, many, including Stewart Farrar, claim that Sanders has made major contributions to the modern development of the craft.

He was born Orrell Alexander Carter on 6 June 1926 in Birkenhead, England, the oldest of six children. His father was an alcoholic dance-hall entertainer and the family moved soon after Alex’s birth to Manchester, and unofficially changed their name to Sanders (Alex was unaware of his official surname until he applied for a passport later in life, and only changed his name by deed poll in the 1960s).

Several contradictory accounts have been given of Sanders’ initiation into witchcraft, and even his own accounts are inconsistent. According to one story, he was initiated at the age of seven by his Welsh grandmother, Mary Bibby, a hereditary witch, supposedly descended from the Welsh chieftain Owain Glyndŵr. She let him copy her Book of Shadows when he was nine and taught him the rites and magic of witches, along with techniques of scrying in inky water and in crystals. Sanders claimed that following the Blitz, and a few months before her death at age 74, his grandmother conferred upon him second- and third-grade initiations, involving ritual sex. 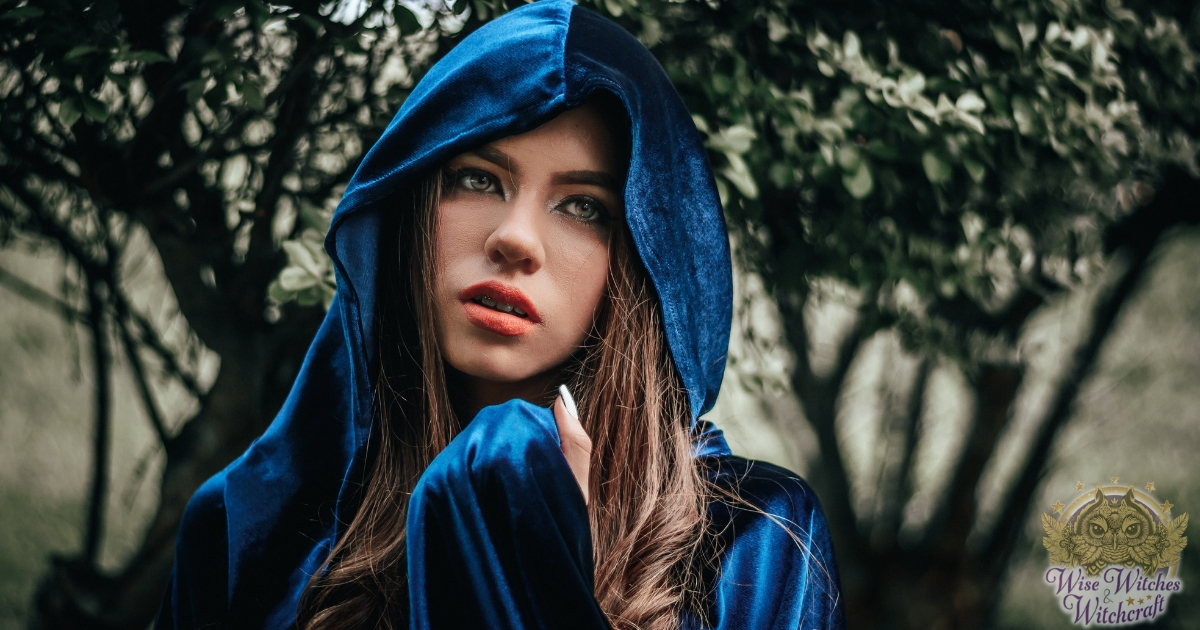 In another version (corroborated by his future wife and High Priestess, Maxine Sanders), he claimed to have been initiated (and given his craft name, Verbius) as late as 1961 in a coven led by a woman from Nottingham, although he was indeed also taught a form of witchcraft and magic by his grandmother when he was young, with his mother’s knowledge.

Sanders may have worked for a while as a healer in Spiritualist Churches, under the pseudonym Paul Dallas, and he claimed that all of his brothers were also psychic. Towards the end of World War II, he began working for a manufacturing chemist’s laboratory in Manchester, and he married a co-worker, nineteen-year-old Doreen, when he was 21. They had two children, Paul and Janice, but the marriage quickly deteriorated and Doreen (who disapproved of Sanders’ supernatural dealings) took the children and left in 1952.

After the War, he drifted from one low-level job to another, and had sexual affairs with several men and women, reportedly using black magic to bring myself money and sexual success. But, when one of Sanders’ mistresses committed suicide and his own sister Joan was injured in an accidental shooting and then diagnosed with terminal cancer, he resolved to stop using his magic for selfish reasons (blaming these incidents on himself) and instead to teach it to others, abandoning the left-hand path. 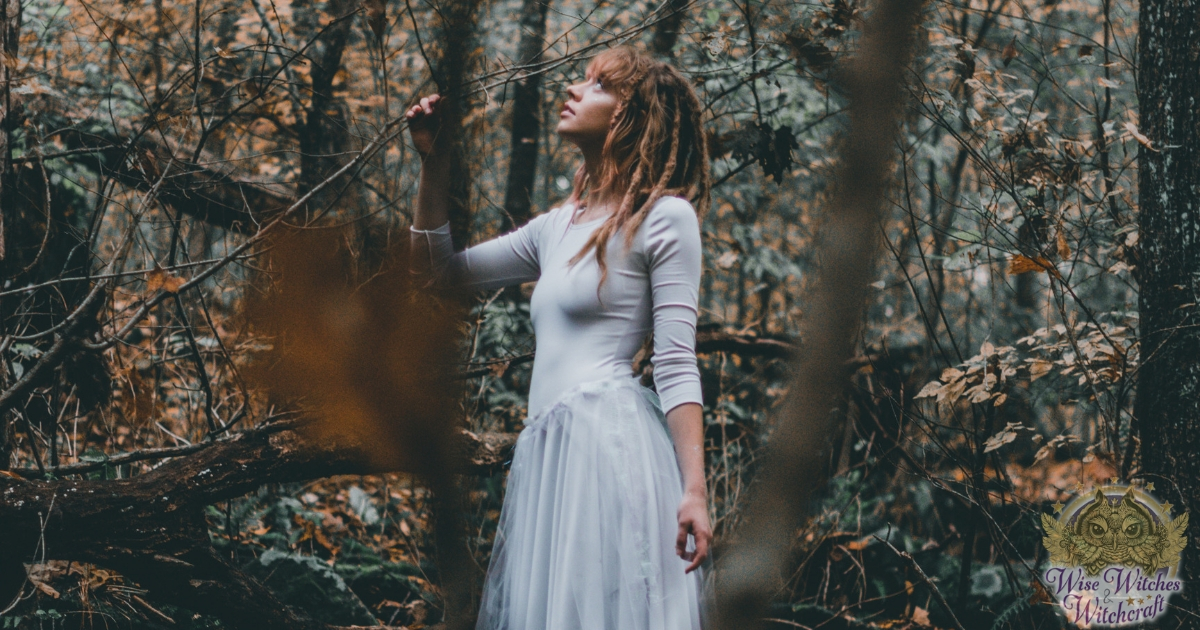 He studied the works of Abramelin the Mage, and smuggled out and copied an original copy of the grimoire “The Key of Solomon” from the John Rylands Library in Manchester, where he was working for a time until his dismissal. His first contact with Wicca was in the early 1960s, through correspondence and meetings with Patricia Crowther, although she considered him a troublesome upstart and refused to initiate him (particularly after he convinced the Manchester Evening News to run a front-page article on Wicca). He was eventually initiated by a priestess who had been a member of Crowther‘s coven.

He worked with several different covens, including one led by Pat Kopanski and another led by a priestess called Sylvia. When Sylvia and several others later left the group amicably, Sanders continued as High Priest, working out of his home in Manchester. He continued to attract media attention which brought him more and more followers, who apparently gave him the title of “King of the Witches”, and by 1965 he claimed 1,623 initiates in 100 covens. He joined several other esoteric and chivalric orders throughout the 1960s and 1970s, including the Knights Templars, the Order of Saint Michael, the Order of Saint George and the Ordine Della Luna (aka the Order of the Romaic Crescent). 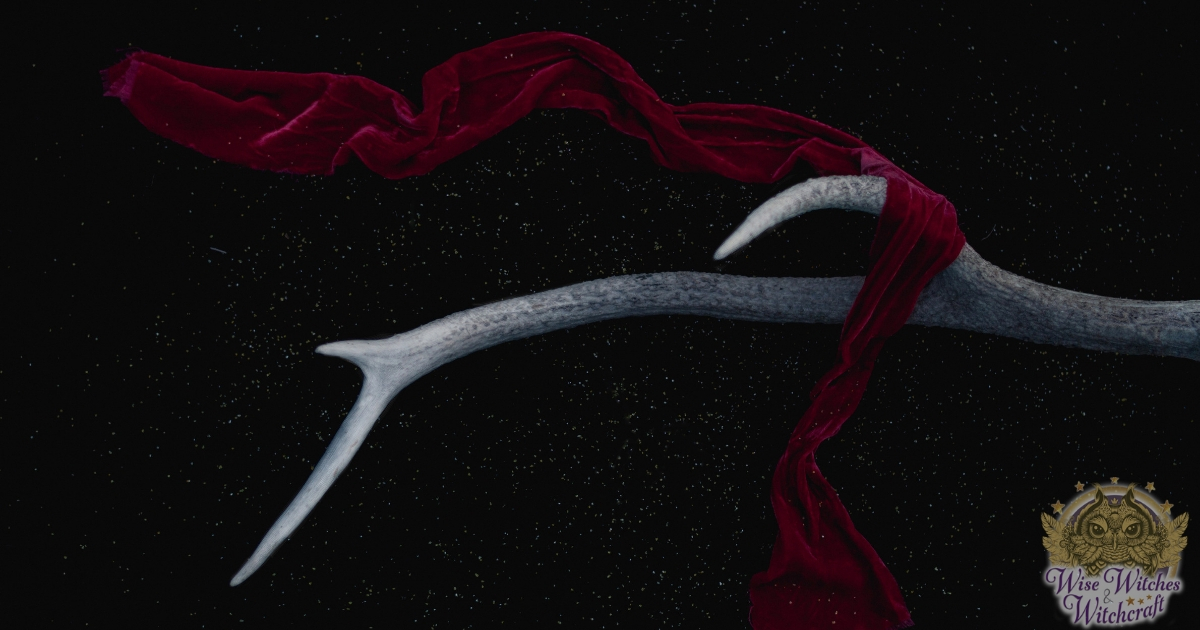 His alleged healing feats include getting rid of warts by wishing them on someone else, curing a man of heroin addiction, curing a woman of cystitis by laying his hands on her head and willing the affliction away, and curing a woman of cancer by sitting with her in a hospital for three days and nights, while holding her feet and pouring healing energy into her. He claimed to be able to heal illnesses just by pointing to troubled spots on people’s bodies and concentrating and to have ended a pregnancy by returning the soul to the Divine. He is also supposed to have cured a deformity of his daughter, Janice, who was born with her left foot twisted backward, by following his familiar Michael’s instructions to anoint the foot with warm olive oil, and turning the foot straight (although doctors had advised that nothing could be done, the foot stayed corrected). 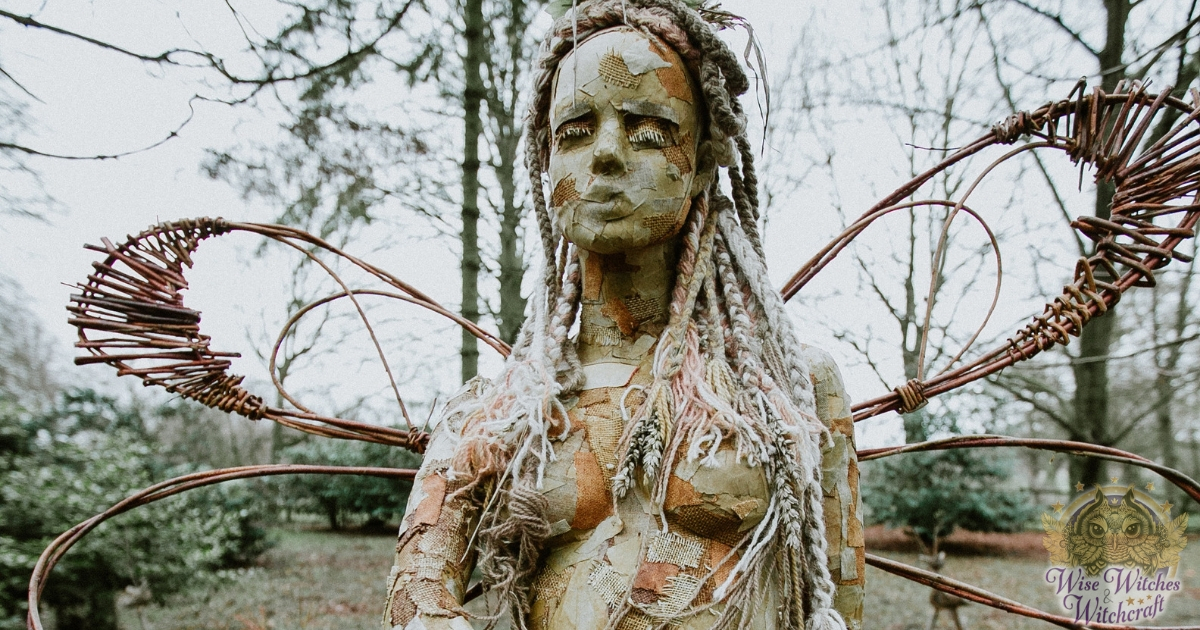 During the 1960s, Sanders met Maxine Morris, a Roman Catholic 20 years his junior, whom he initiated into the craft and made his High Priestess. In 1965, they handfasted (a witch marriage) and, in 1968, they married in a civil ceremony. They moved into a basement flat in West London, where they ran their coven and taught classes on witchcraft. Their daughter, Maya, was born in 1968. The Sanders separated in 1971, neither being able to compromise over Alex’s bisexuality, although a son Victor was born in 1972, and their relationship continued with varying levels of intensity until Sanders’ death in 1988. After their separation, Sanders moved to Sussex, while Maxine remained in the London flat where she continued running the coven and teaching the craft.

Sanders was projected into the national public spotlight after a sensational newspaper article in 1969, which in turn led to the romanticized 1969 biography, “King of the Witches” by June Johns, and the film “Legend of the Witches” in 1970. These led to greater publicity, guest appearances on talk-shows, and public speaking engagements (although many accused him of exploiting the craft and dragging it through the gutter press).

According to his wife, Sanders never actually courted publicity and blamed his initial rise to fame on an attempt to distract media attention away from other, more vulnerable, witches. One distraction Sanders presented was a ritual at a magical site at Alderley Edge, where he proposed to raise a man from the dead. A bandaged up figure lying on a stone altar was examined by one of Alex’s colleagues posing as a GP, who certified it was indeed a corpse, and Sanders read an “ancient and strange” invocation (later revealed to be a Swiss roll recipe read backward). However unlikely it now seems, the newspapers ran with the story and Sanders’ self-imposed notoriety developed still further.

From 1979, he began working in magical partnership with Derek Taylor, a psychic and trance medium, and together they developed the magical work of Sanders’ order, the Ordine Della Luna, and reportedly worked with celestial intelligences, disembodied spirits and the demiurge itself. He continued to train a small number of personal students during the 1980s. 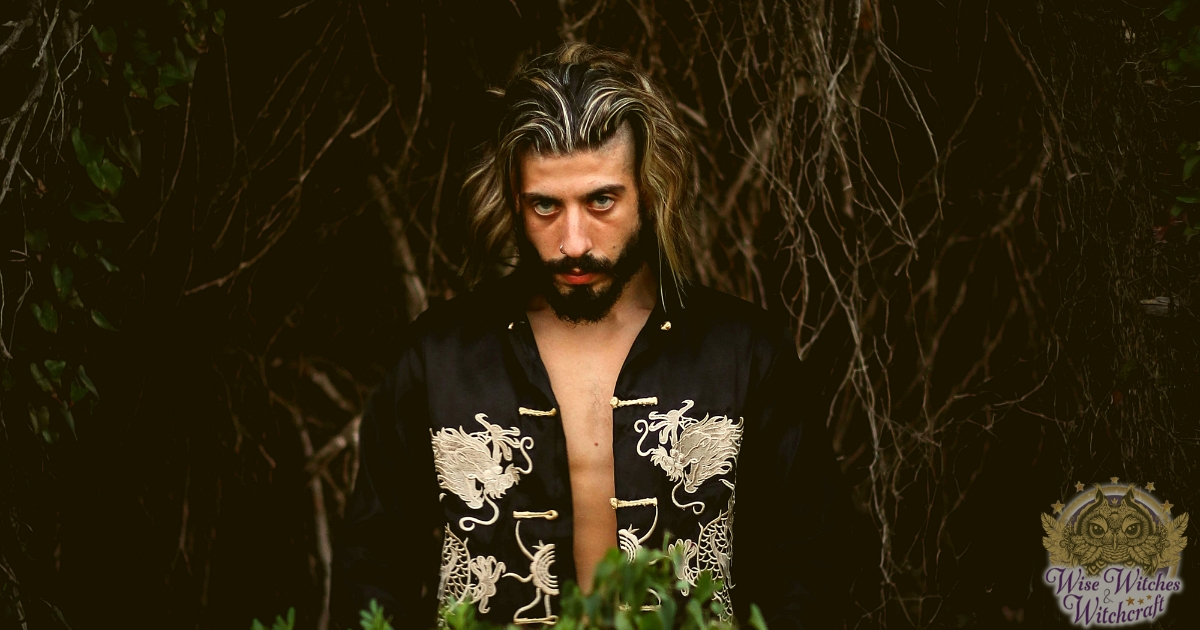 Sanders died in Sussex on 30 April 1988, after suffering from lung cancer. But even after his death he continued to arouse controversy, declaring in a taped message that his son, Victor, (who had moved to the United States and wanted nothing to do with his father’s schemes) was to succeed him as King of the Witches, and to lead the “Witchcraft Council of Elders” which Sanders claimed to number an incredible 100,000 members. In 1998, ten years after his death, a New England Wiccan coven claimed to have contacted Sanders in spirit, and channelled his messages, addressed to all Wiccans, urging love for the Goddess and strength and unity within Wicca.