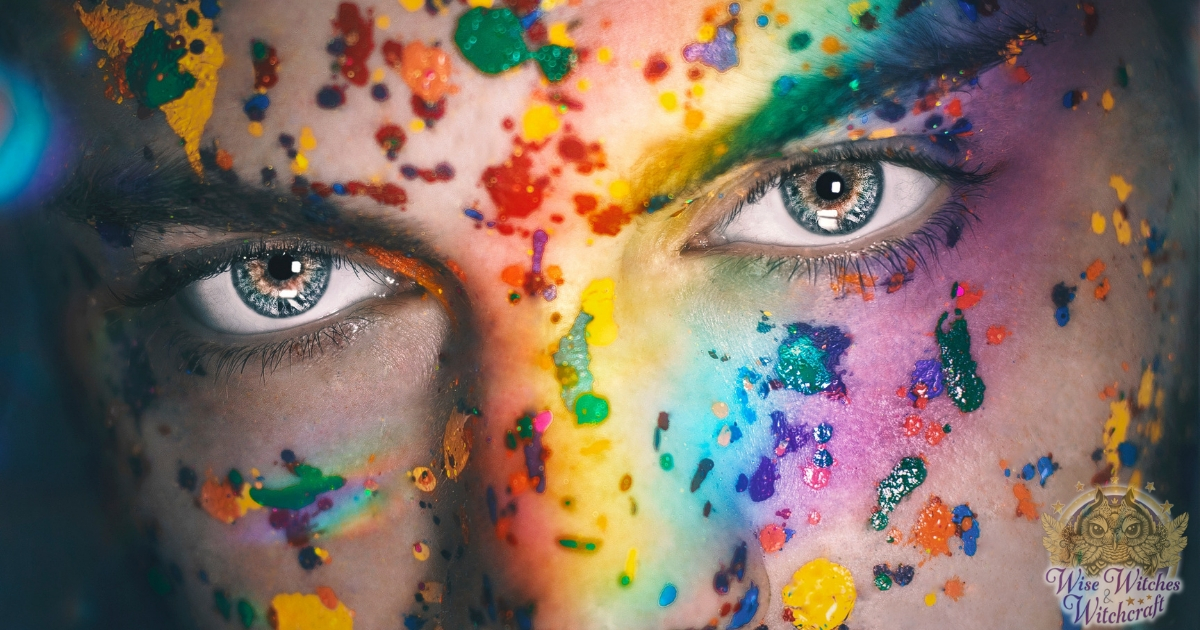 Aleister Crowley was a British occultist and writer and an influential member in several occult organizations, including the Hermetic Order of the Golden Dawn, the Silver Star and Ordo Templi Orientis. He is best known today for his occult writings, especially “The Book of the Law”, the central sacred text of Thelema, the mystical cosmology he developed. He gained much notoriety during his lifetime, and was dubbed “The Wickedest Man In the World” by the tabloid press and referred to himself as “The Beast”. 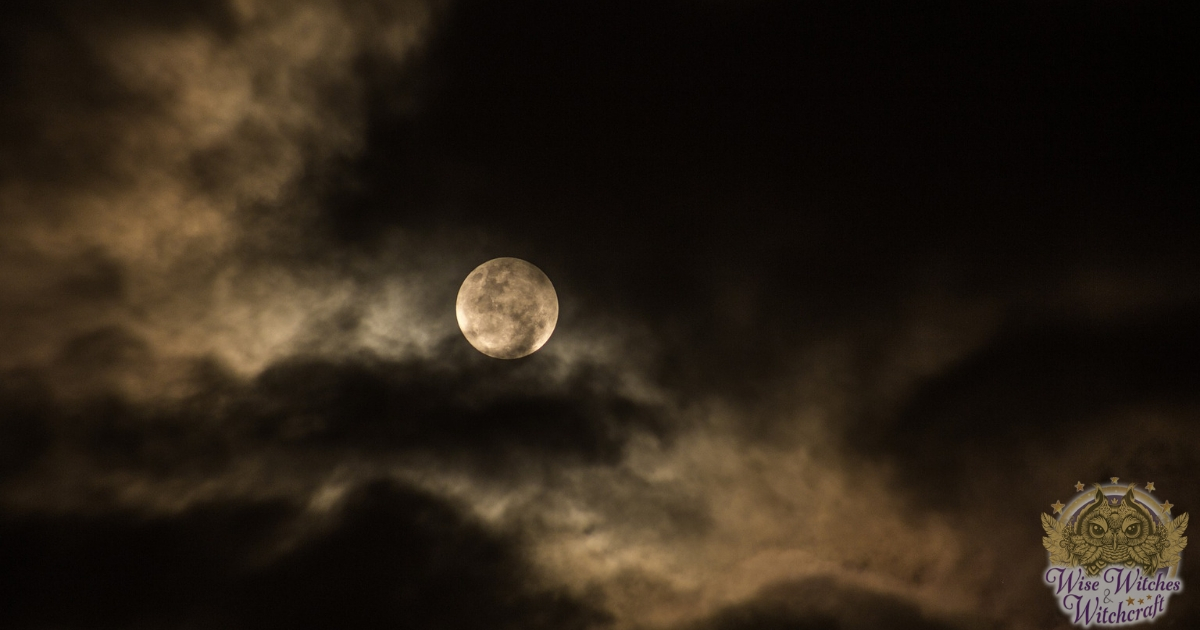 He was born Edward Alexander Crowley in Leamington Spa, Warwickshire, England on 12 October 1875, to a family of fanatical Christian evangelists. After his father’s death, he became increasingly rebellious, officially breaking with the Church of England during his years at Cambridge University. It was also during this period that he decided to pursue a path in occultism and mysticism and began reading books on alchemy, mysticism and magic, and abandoned the ideas of a diplomatic career he had once considered. He also expanded on his already vigorous sex life by practising sexual magic rituals with both men and women (at a time when British law still officially forbade homosexuality), and changed his name to Aleister.

After Cambridge, Crowley met Julian Baker who introduced him to Samuel Liddell MacGregor Mathers, one of the founders of the ceremonial magic order, the Hermetic Order of the Golden Dawn. There, he first studied Hermeticism and mysticism with (and made enemies of) William Butler Yeats and A. E. Waite, among others. Mathers himself, who acted as his early mentor in Western magic, would later also become his enemy, and Crowley lost faith in his teacher’s abilities soon after the 1900 schism in the Golden Dawn (although he only officially broke with Mathers in 1904). 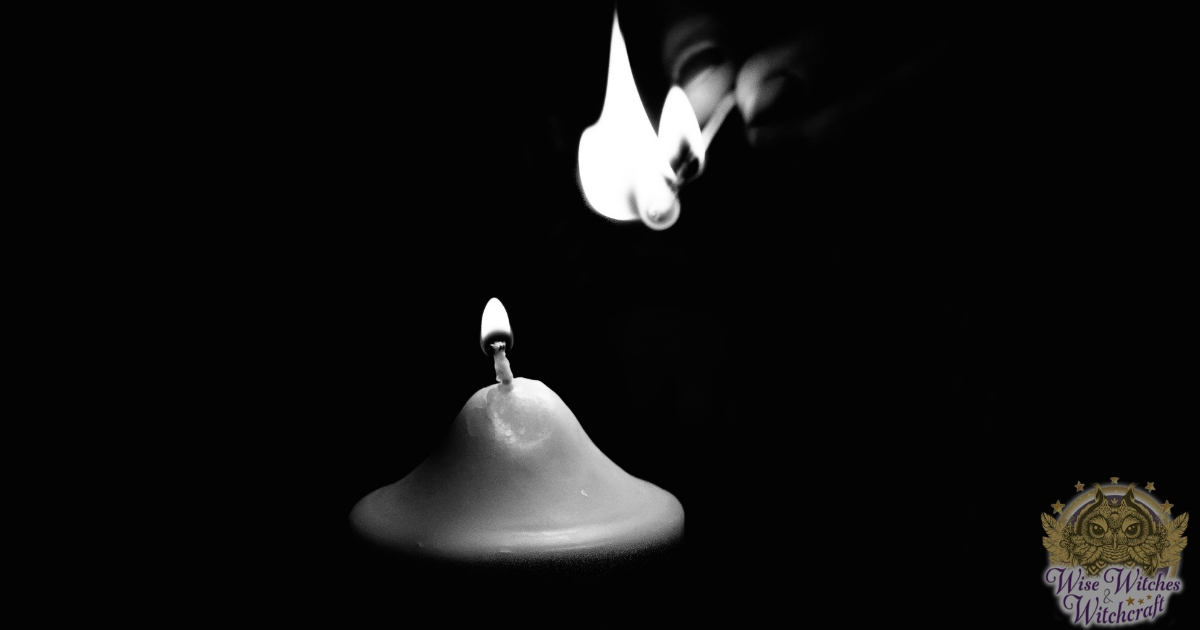 After abandoning the Golden Dawn, Crowley travelled to Mexico and continued his magical studies in isolation. He also studied Buddhism and practised Raja Yoga for some time, and he began to see meditation and the restraint of the mind to a single object through ritual as an important means of attaining his goals.

He was an excellent chess player and, as a young man, had harboured ambitions to become a world champion. He was also obsessed with mountain climbing, which he used as a tool to combat his chronic asthma, and took to spending every holiday switching between the Alps and Bernese Oberland. In 1902, he was part of an expedition which attempted (but failed) to scale K2 in Pakistan, the second highest mountain in the world.

In 1903, he married Rose Edith Kelly, and their joint experiences in Cairo, Egypt the following year led to his founding of the religious philosophy known as Thelema. It was in Cairo that Crowley wrote “The Book of the Law”, which he claimed was dictated to him by Aiwass, the minister of Horus, the god of force and fire and self-appointed conquering lord of the New Aeon, for which Crowley was to serve as chosen scribe and prophet. Its central religious principle was famously expressed as “Do what thou wilt shall be the whole of the Law” and “Love is the law, love under will”.

Rose and Aleister had a daughter, who was named Nicole Ma Ahathoor Hecate Sappho Jezebel Lilith Crowley, in July 1904, but she died very young in early 1906. They had another daughter, Lola Zaza, in the summer of that year. Later in 1906, Crowley first claimed success in what he called the “Abramelin operation”, his implementation of a magical work described in “The Book of Sacred Magic” of Abramelin the Mage, which came to have a central role in Crowley’s system. 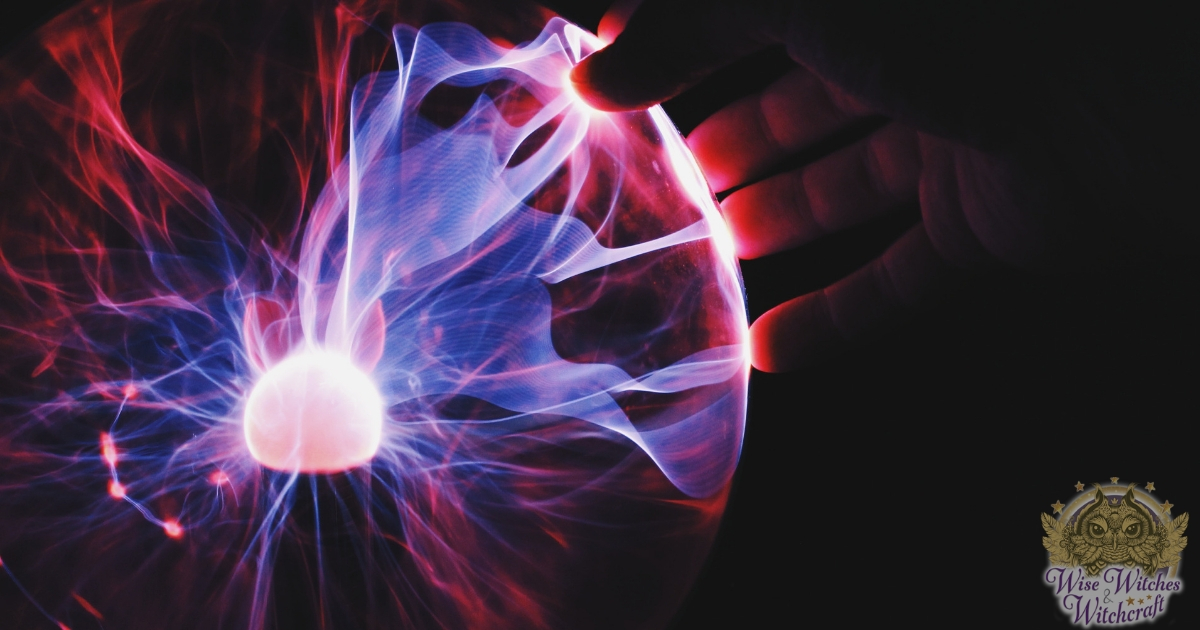 Crowley established a Thelemic magical fraternity called A.’.A.’., also know as Argenteum Astrum (or “Silver Star”) Arcanum Arcanorum (or “Secret of Secrets”), in 1907. Its goals were the pursuit of light and knowledge, and it was organized such that members only officially knew those directly above and below in the chain of instruction. Crowley performed his series of dramatic rites and public invocations, the Rites of Eleusis, with members of the Silver Star order in 1910.

Also in 1910, Crowley met Theodor Reuss and was admitted to the early degrees of Ordo Templi Orientis (Order of the Temple of the East). O.T.O. was originally modelled after and associated with Freemasonry but, under Crowley’s leadership, it was reorganized based on the Law of Thelema, and most of the rituals’ ties to Masonry were rewritten. Crowley became head of the order in 1921, eventually claiming the title of Magus, although there is some doubt as to whether Reuss had actually designated him as his successor before his own death.

Crowley spent most of the years between 1914 and 1918 in the United States, first working for the British intelligence in World War I, then ghost-writing two books on astrology for Evangeline Adams while staying at her New Hampshire cottage. He experimented with ethyl oxide as a recreational drug, which he claimed gave him a unique vision of the universe that he frequently referred to in later writings. He formed a sexual and magical relationship with Leah Hirsig, and with her help began painting canvases with more creativity and passion. At one point, he achieved some local notoriety by painting “Do what thou wilt” in huge red letters on the cliffs at both sides of an island in the Hudson River. 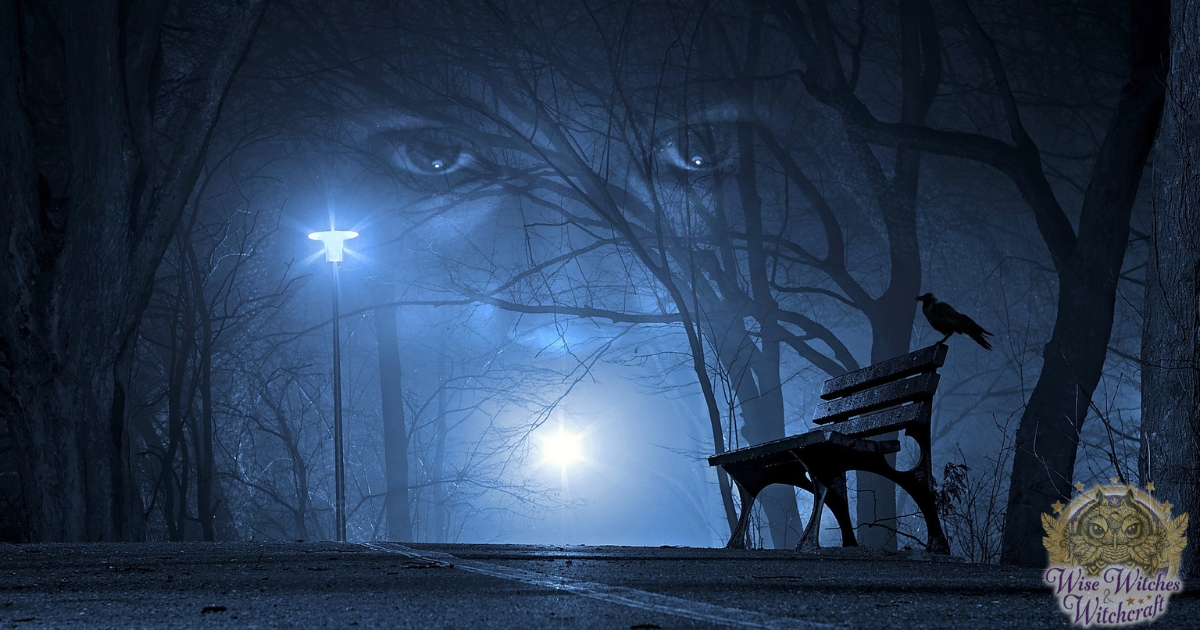 In 1920, he established, with Leah Hirsig, an idealistic commune and magical school at Cefalù, Italy, which he called the Abbey of Thelema after the anti-monastery dedicated to free will and pleasure described in François Rabelais’ medieval satire “Gargantua and Pantagruel”. Mussolini’s Fascist government expelled Crowley from the country at the end of April 1923.

In later life, he seemed to actively court controversy, sometimes in bizarre ways. Many of his writings were deliberately audacious and shocking, especially given the mores of the time. Some quotes from Crowley have been cited, arguably without context, as proof of gross immorality or even of a vast child-abuse conspiracy. He held many deeply rooted racist and anti-Semitic views, and inherited a typically Victorian attitude towards women. He only found women “tolerable” when they served the role of solely helping a man in his life’s work, and he believed that women were incapable of actually understanding serious intellectual work, that they did not possess any individuality and that they were solely guided by their habits or impulses.

In 1929, Crowley married a Nicaraguan woman Maria de Miramar, whom he met in Leipzig. They had separated by 1930, although they were never actually divorced. He was declared bankrupt after losing a court case in 1934 in which he sued the artist Nina Hamnett for calling him a black magician in her 1932 book, “Laughing Torso”. On the day of the verdict, he was approached by Patricia “Deirdre” MacAlpine who offered to bear him a child, which Crowley happily accepted, and he named the boy Aleister Ataturk. MacAlpine sought no mystical or religious role in Crowley’s life and rarely saw him after the birth, “an arrangement that suited them both”.

During World War II, Ian Fleming and others proposed a disinformation plot in which Crowley was to have helped an MI5 agent supply Nazi official Rudolf Hess and other Nazi leaders with faked horoscopes, although the plan never came to fruition. He performed, with Cecil Williamson, the “Coven Rites”, aimed at and against the Nazi High Command and the threatened invasion of Hitler’s forces.

He wrote prolifically throughout his life. Some of his most influential books on occult matters include: “The Book of the Law” (1904, the central sacred text of Thelema, as dictated by Crowley’s personal Holy Guardian Angel, an entity known as Aiwass), “Magick, Liber ABA, Book 4” (a lengthy treatise on magic and his own system of Western occult practice, synthesized from many sources including Eastern Yoga, Hermeticism, medieval grimoires and contemporary magical theories), “The Book of Lies” (1913, poems, rituals, instructions, obscure allusions and cryptograms with corresponding Qabalistic meanings), “The Vision and the Voice” (an exploration of the 30 Enochian Aethyrs originally developed in the 16th Century by John Dee and Edward Kelley) and “777 and other Qabalistic writings” (a reference book based on the Hermetic Qabalah). He also wrote “The Confessions of Aleister Crowley”, which he subtitled “An Autohagiography” (the autobiography of a saint), as well as several fictional or semi-fictional novels, some published poetry and several works on philosophy, politics and culture. 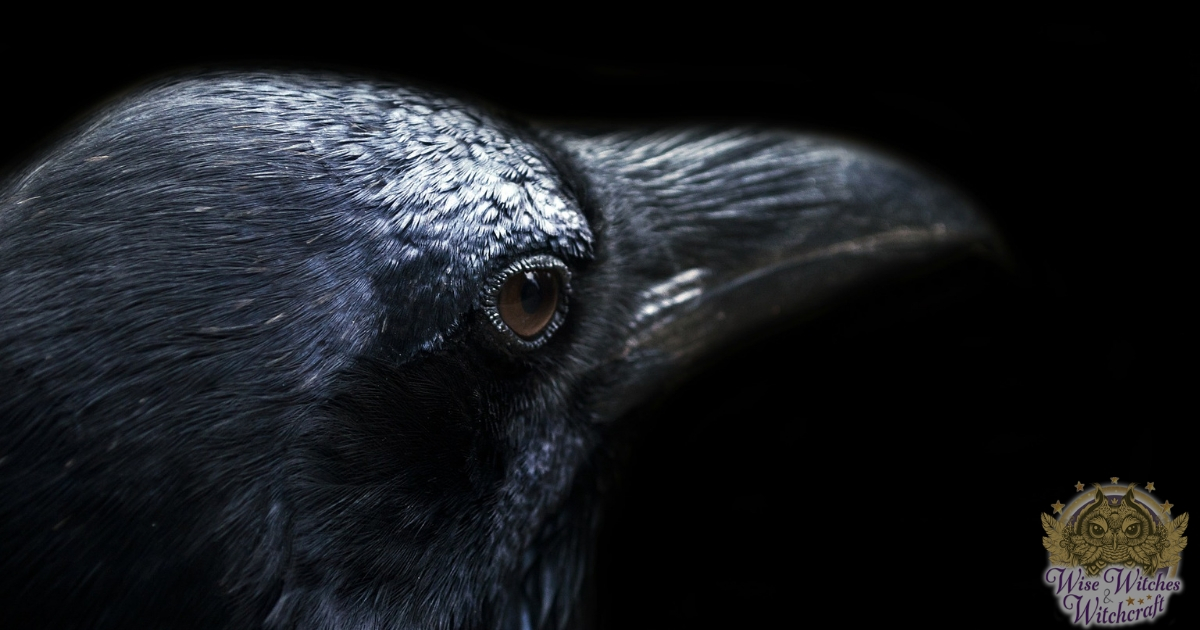 Crowley was addicted to heroin for some years towards the end of his life, after being prescribed morphine for his asthma and bronchitis (although he had for many years experimented with the drug-induced experiences of laudanum, opium, cocaine, hashish, alcohol, ether, mescaline, peyote and heroin). He died of a respiratory infection in Hastings, England on 1 December 1947 at the age of 72. Readings at the cremation service in nearby Brighton included one of his own works, the “Hymn to Pan”, and the newspapers of the time referred to the service as a “black mass”.