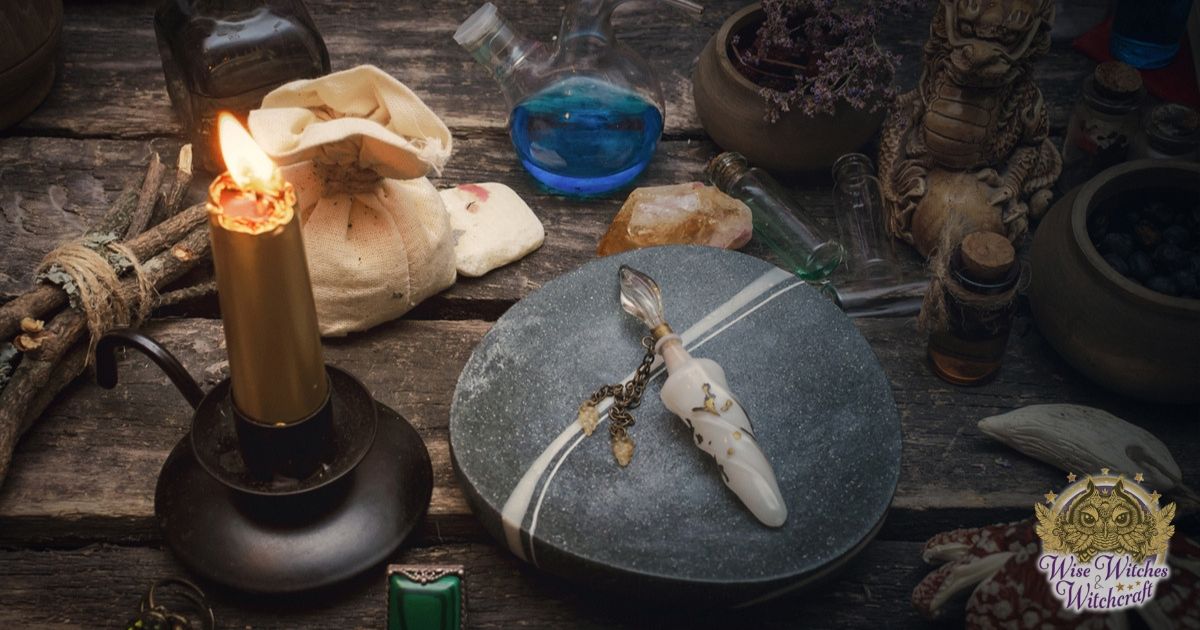 There is no centralized organization in Wicca, and no single orthodoxy, so that the beliefs and practices of Wiccans can vary substantially, both among individuals and among traditions. Typically, however, the main religious principles, ethics and ritual structures are shared. There are also other non-Wicca traditions of modern witchcraft which will be looked at separately.

Just as there are many different denominations of Christians, so there are various kinds (or traditions) of Wiccans. Some prefer to practise within the structured environment of a coven, often following a prescribed set of traditions; some solitaires, or solitary witches, work alone and make up their own rituals; some eclectic witches (whether as part of a coven or as a solitaire) draw elements of their practice from a number of different traditions; some hereditary witches find their traditions within their own families, passed down from time immemorial. 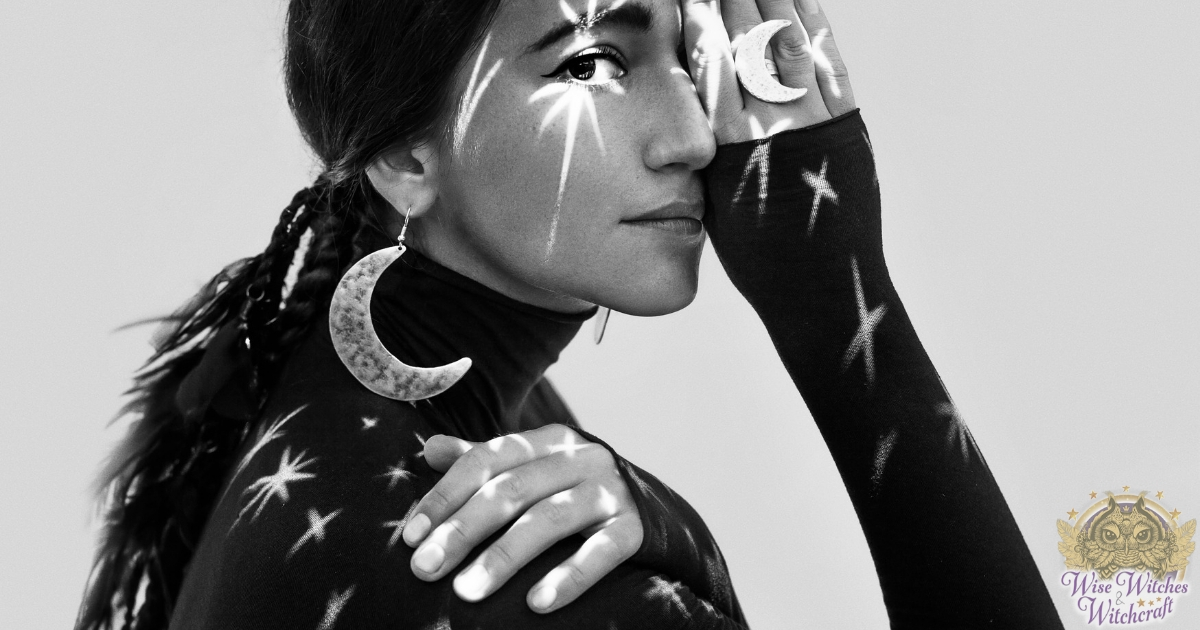 Gardnerian Wicca:
After England repealed its remaining witchcraft laws in 1951, Gerald Gardner was one of the first to go public about his practice of witchcraft, and he became something of a figurehead of the resurgent Wiccan religion, and is seen by many as the founder of modern-day Wicca. After exhaustive research, he re-wrote the rituals of his coven for historical accuracy, and many covens of modern witches sprang up in Britain under Gardner’s inspiration and spread to the United States in the counter-cultural mood of the 1960s. Gardnerian Wicca has a strong feeling for nature, colourful rituals, and deliberately challenges conventional religion and society (for example, the rituals are performed “skyclad” or naked). Individuals must be initiated by the coven and cannot initiate themselves, and there is a structured degree system in which one learns about the craft. 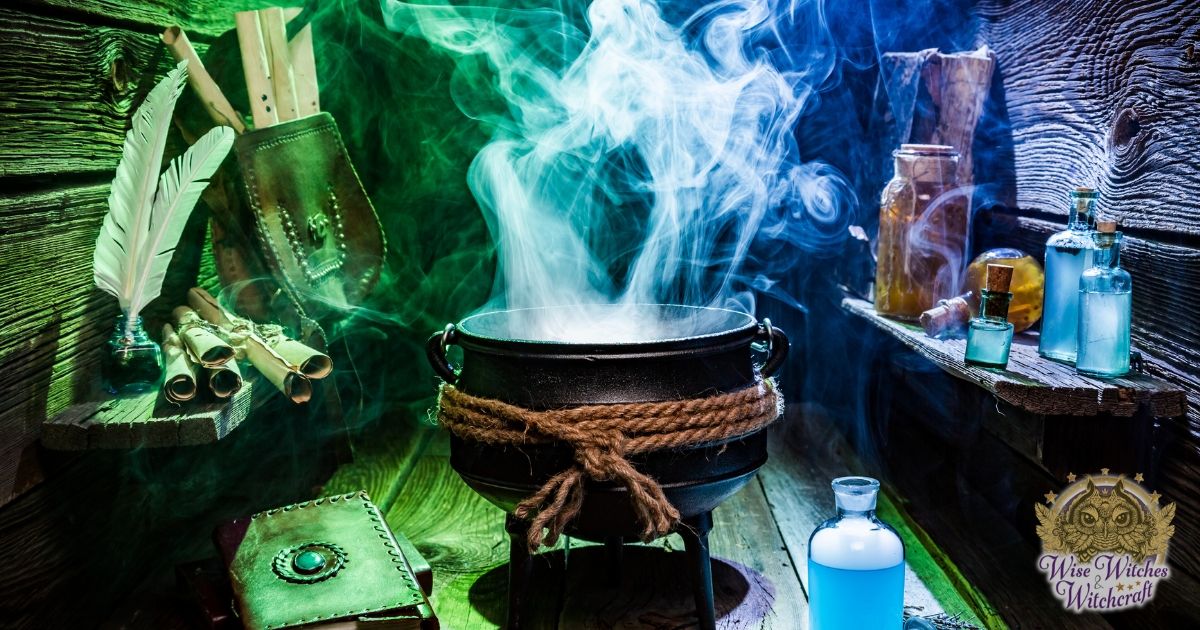 Alexandrian Wicca:
Alex Sanders, who dubbed himself the “King” of his witches, founded this tradition in the 1960s, initially in England. Much of their ritual is based on Gardnerian Wicca, including the insistence on membership of a coven and the naked meetings, although the Alexandrians tend to place more emphasis on ceremonial magic, and often include many Judeo-Christian elements.

Seax-Wica:
This tradition (also known as Saxon Wicca) was founded by Raymond Buckland in 1973 in the United States. Buckland was originally a follower of Gerald Gardner, but he moved to the U.S. in 1962 and gradually moved away from the Gardnerian tradition. Buckland made up his own rituals based on ancient Saxon traditions. Covens decide for themselves whether to work skyclad or robed, and witches can be initiated either by the coven or through self-study.

British Traditional Wicca:
There are a number of different British traditions, based on various differing views of the pre-Christian practices of Britain. Most British Traditional groups follow either Gerald Gardner or Janet and Stewart Farrar, who have written a number of influential books about witchcraft. The groups tend to be highly structured with training for neophytes (or beginners) following a degree program like the Gardnerians, and their practices tend to be a mix of Celtic and Gardnerian traditions. 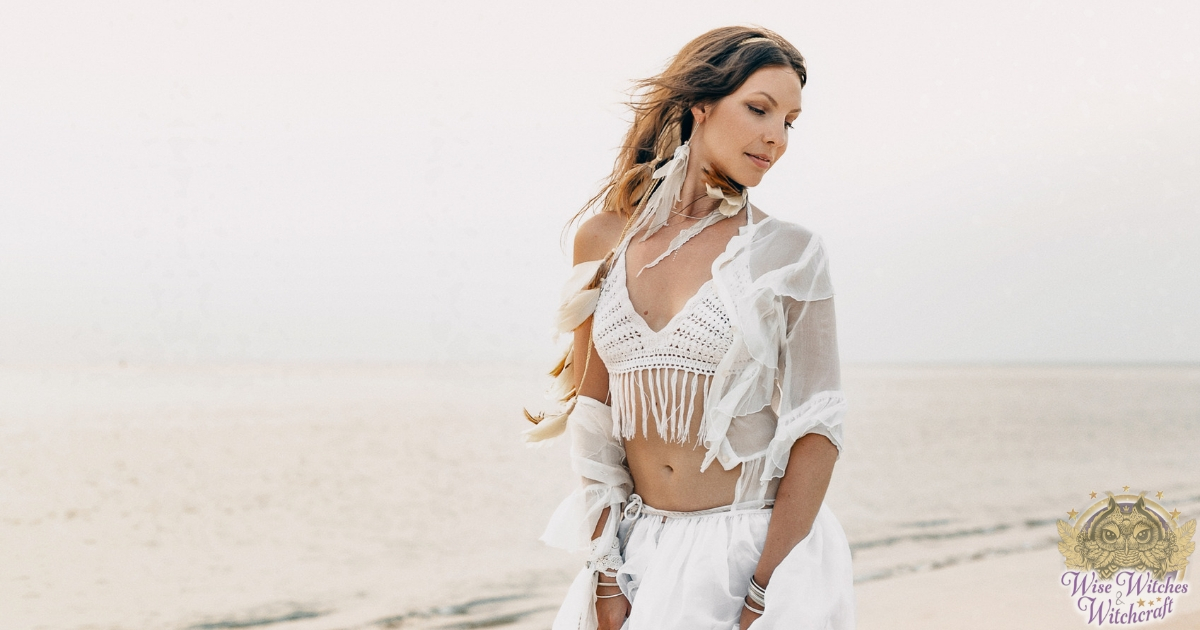 Georgian Wicca:
George Patterson founded the Georgian tradition (or “Georgian Church”) in Bakersfield, California in 1970. Their rituals are drawn from the Gardnerian and Alexandrian traditions, with other elements added as coven members see fit (some write their own rituals). Some Georgian covens work skyclad, while others do not, and eclecticism is encouraged, following Patterson’s dictum: “if it works use it; if it doesn’t, don’t”.

Algard Wicca:
The Algard tradition was established in 1972 by Mary Nesnick. It is a combination of the Gardnerian and Alexandrian tradition and therefore, in practice, very similar to Gardnerian Wicca.

Celtic or Druidic Wicca:
This tradition looks to ancient Celtic and Druidic deities and beliefs, with an emphasis on the magical and healing powers of plants and minerals, as well as gnomes, fairies and elemental spirits. Many of the rituals tend to be derived from Gardnerian practices, but stressing the elements, nature and the Ancient Ones. 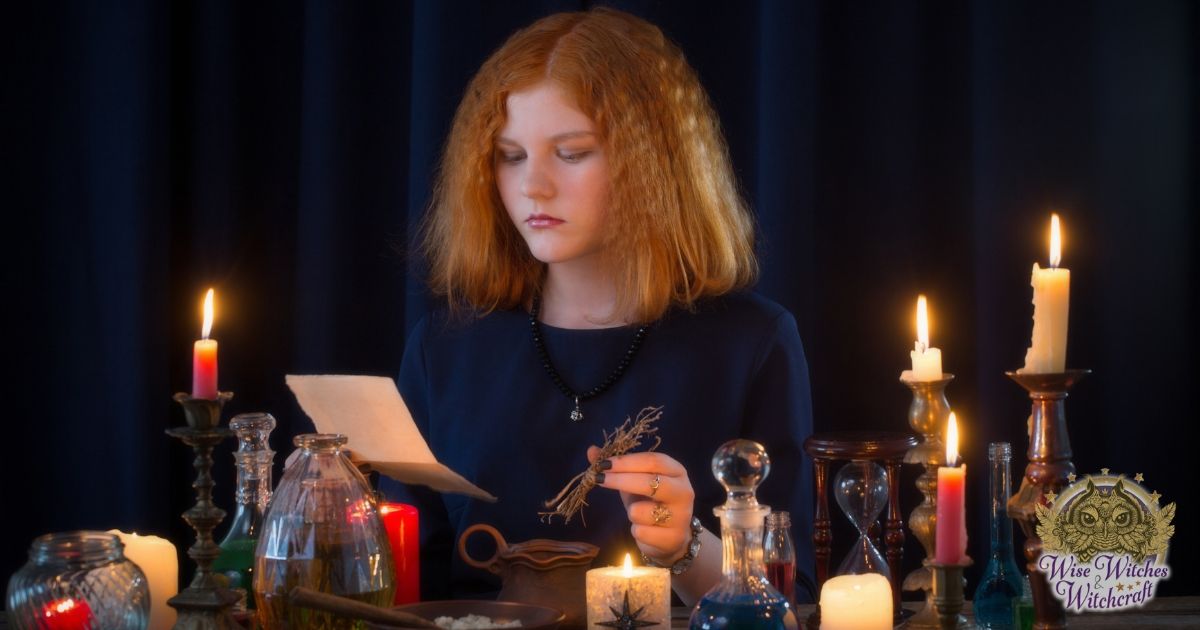 Reclaiming Wicca:
The Reclaiming Collective was founded in 1980 in the San Francisco Bay area by Starhawk, the popular author of “The Spiral Dance”. She had received some training in the Feri tradition from Victor Anderson, but wanted to focus more on linking spirituality and magic with political activism. Although the Reclaiming Collective itself no longer exists, the tradition has continued to thrive. It is a non-hierarchical tradition and its teachings are disseminated both by individual teachers and at week-long “witch camps” in the United States, Canada, England, and Germany.

Dianic Wicca:
The Dianic tradition, named after the Greek goddess Diana, focuses on the Goddess and down-plays the role of the God. It was founded by Zsuzsanna Budapest and, since the 1970s, it has largely represented the feminist movement within witchcraft. The Goddess is worshipped in her three aspects, Maiden, Mother and Crone. There are different varieties of Dianic witches, and some covens welcome women only and some do not.

Blue Star Wicca:
Based largely on the Alexandrian tradition, the Blue Star collection of covens started in the 1970s in Pennsylvania, but has since spread across the United States partly due to early members travelling the country as folk musicians and disseminating their ideas. 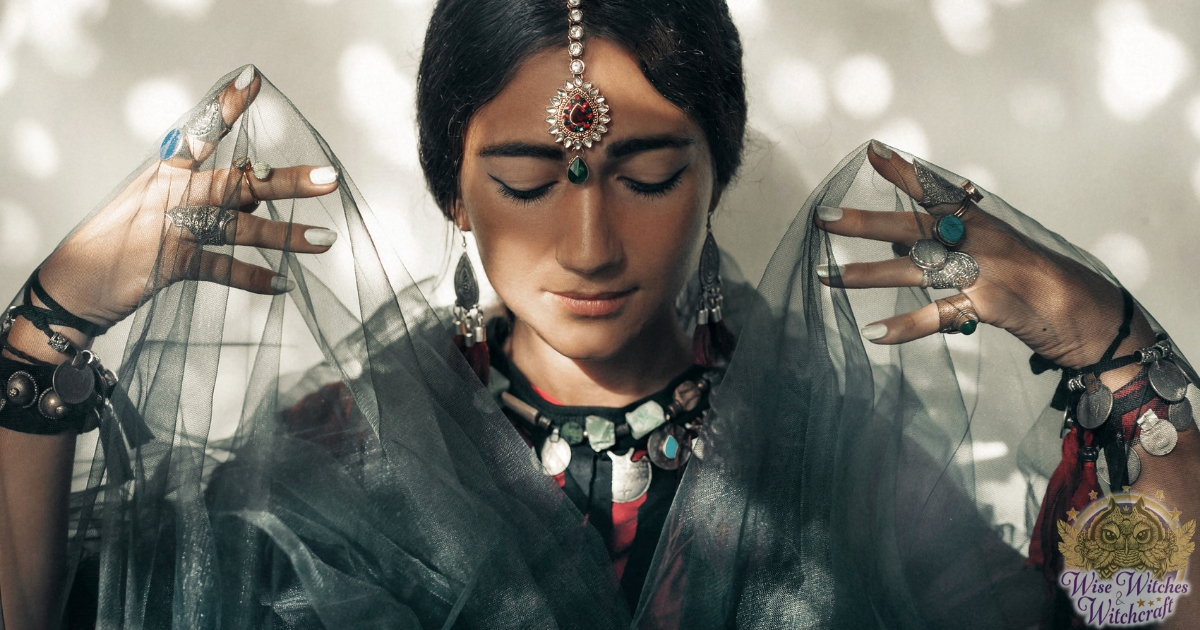 Black Forest Clan (Euro-Witchcraft):
Training in this tradition (which can encompass Celtic, Druidic, Gardnerian and German witchcraft) prepares one as a licensed member of the Wicca clergy. High Priests and High Priestesses form new covens while remaining part of their original coven, making the clan strong both in numbers and in unity. The lineage includes such Wicca luminaries as Gerald Gardner, Raymond Buckland, Lord Serphant, Silver RavenWolf, Gertie Guise and Preston Zerbie.

Lothloriën:
Lothloriën is an Earth-based religion, with its roots in the Wiccan tradition and other mystery religions of the world, which celebrates the seasons and the cycles of life. It prides itself on its inclusiveness, and makes a point of accepting of all people, regardless of their culture, ethnicity, socioeconomic status, religion or sexual orientation. The tradition was founded in 1977 by Rev. Paul Beyerl (a neo-Alexandrian tradition initiate), and a network of communities and solitary practitioners has since grown up across North America under the auspices of Beyerl’s Rowan Tree Church and Hermit’s Grove in Washington state. 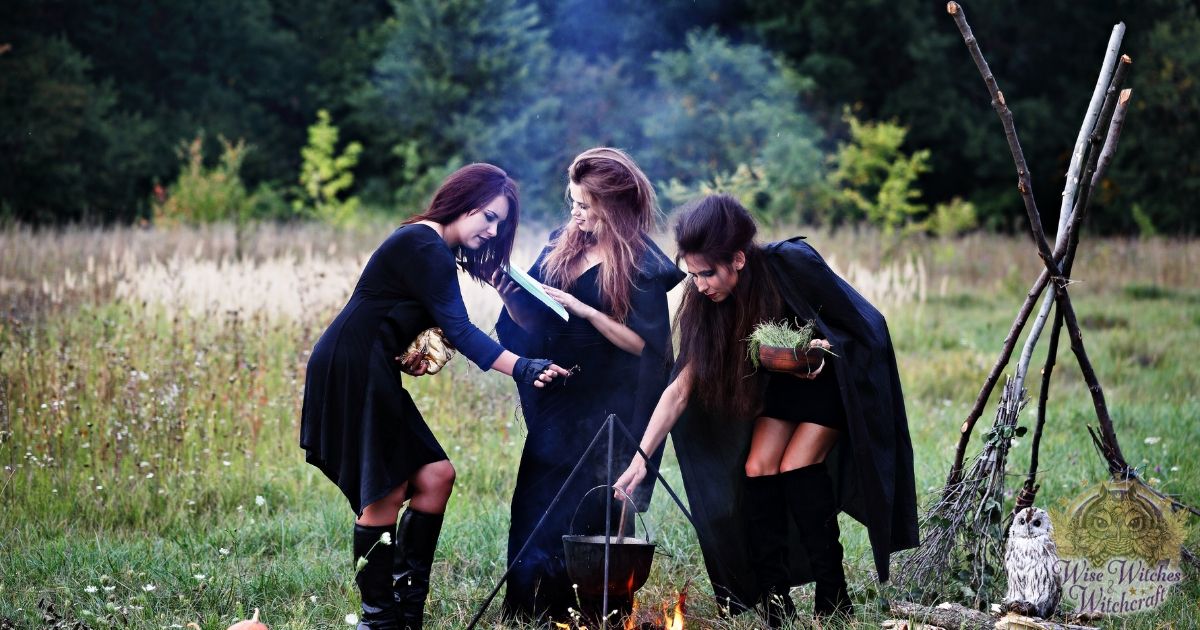 Discordianism:
The Discordian (or Erisian) movement is self-described as a “Non-Prophet Irreligious Disorganization”. It began with the “Principia Discordia, or How I Found the Goddess and What I Did to Her When I Found Her”, a collection of articles and ideas compiled by Greg Hill (aka Malaclypse the Young-er) and Kerry Thornley in the 1960s, and its central theme is that “Chaos is every bit as important as Order”. Although humour is central to Discordianism, its practitioners do not dismiss it as a joke but rather see it as a path towards liberation and spiritual growth.

Eclectic Wicca:
A growing movement of Eclectic Wiccans who do not believe that any doctrine or traditional initiation is necessary in order to practise Wicca. They generally discard the institutions of initiation, secrecy and hierarchy, have more widely varying beliefs and are generally less strictly observant. Some Eclectic Wiccans neither perform magic nor identify as witches. Eclectics may be solitary or work in covens, and they probably now outnumber the initiates of more traditional Wicca. 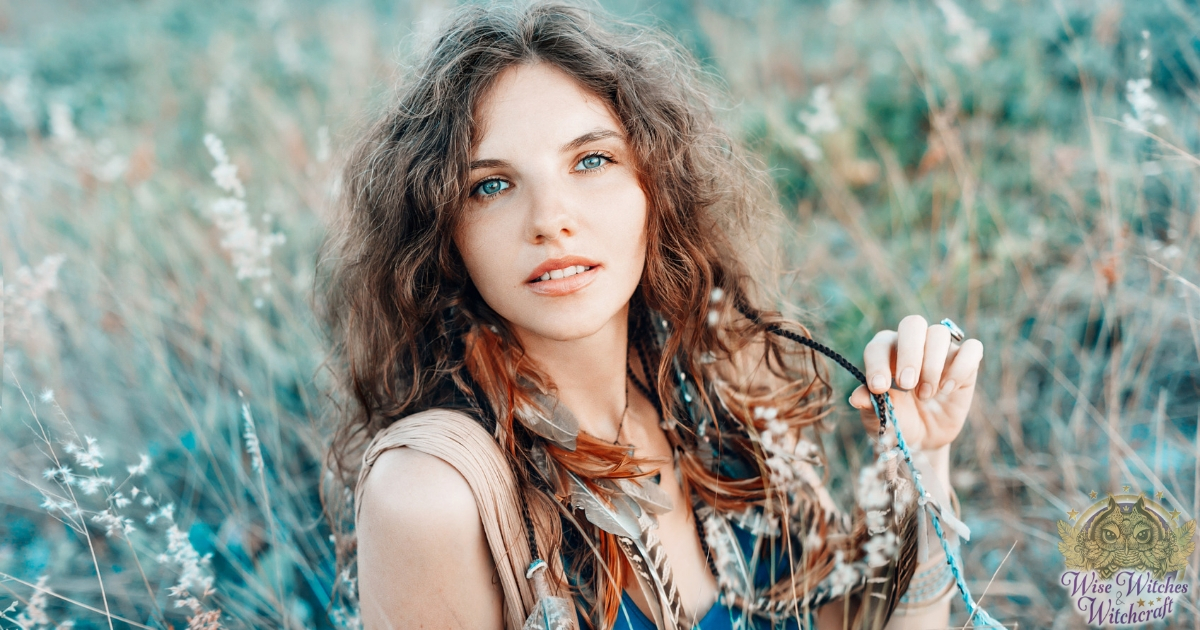 Solitaires (or Solitaries):
Eclectic Wiccans are more often than not solitary practitioners. Many solitaries do attend gatherings and other community events, but reserve their spiritual practices (Sabbats, Esbats, spell-casting, worship, magical work, etc) for when they are alone. 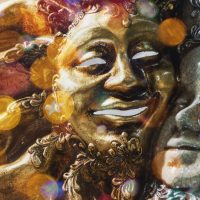