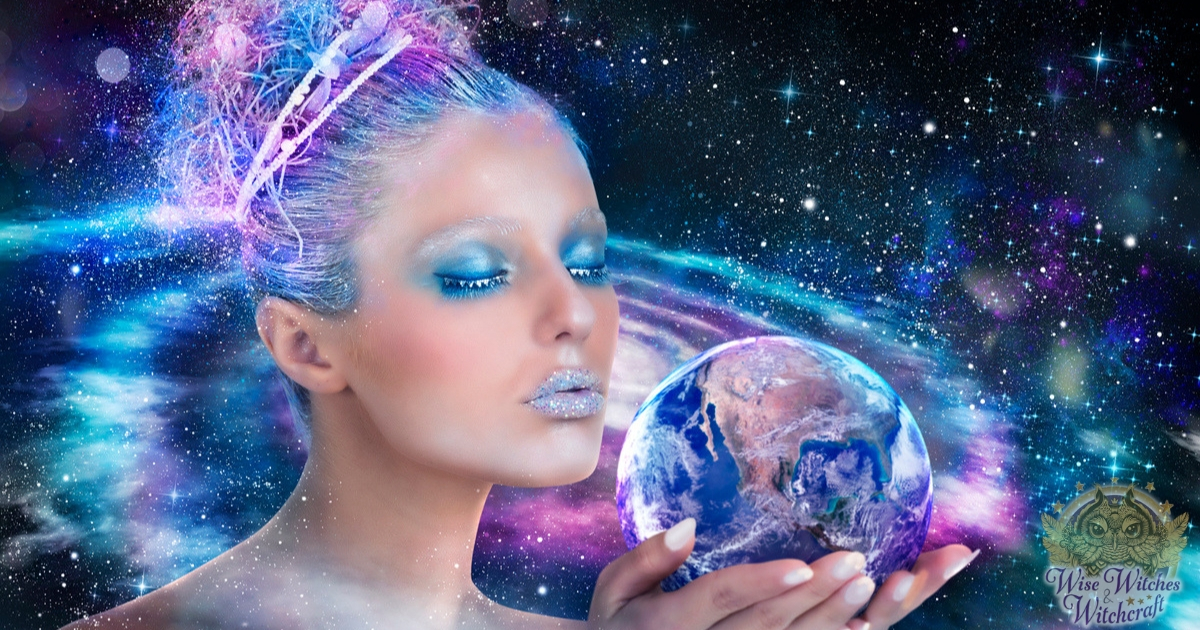 Doreen Valiente was a member (and later High Priestess) of an early Wicca coven, led by Gerald Gardner. She was one of the most respected and influential English witches in the modern-day witchcraft movement, and is sometimes referred to as the “Mother of Modern Witchcraft”. She co-wrote with Gardner many of the basic rituals and other materials that helped to change and shape contemporary witchcraft and Wicca. Unlike Gardner, however, she generally shunned publicity, believing that a certain amount of secrecy on the part of covens should and ought to be maintained. She also came to believe that the future of Paganism and Neopaganism lies in feminism and environmentalism. 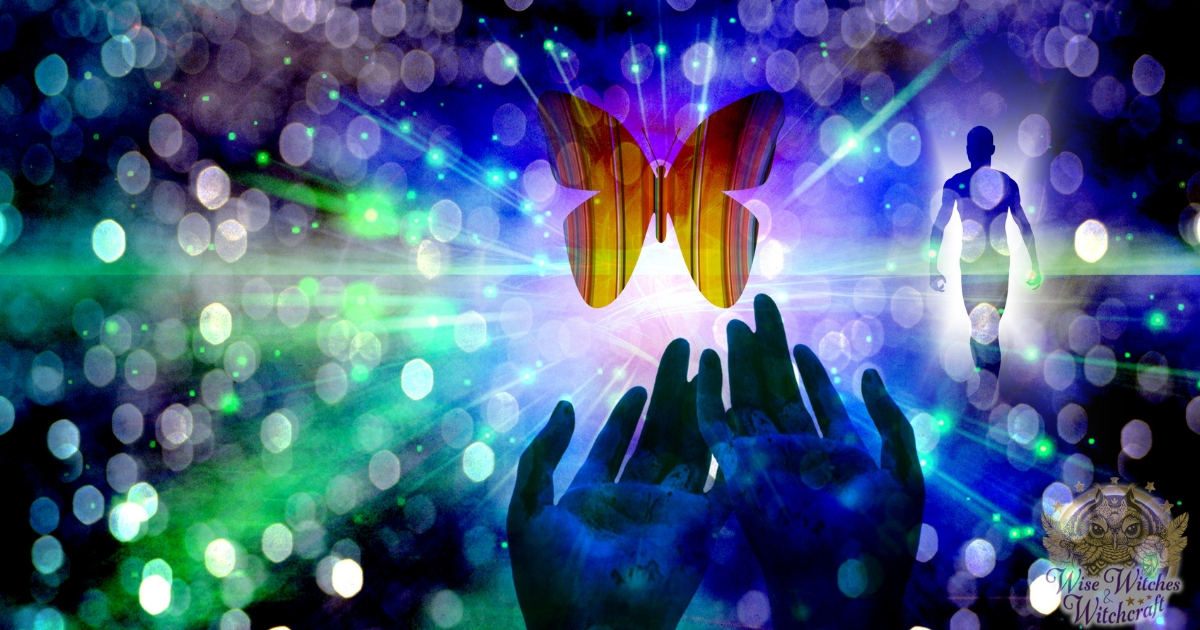 Born Doreen Edith Dominy in south London on 4 January 1922, the daughter of staunchly Christian parents, the young Doreen was convinced from an early age that she possessed the power to use magic. She experienced her first spiritual contact while gazing at the moon when she was just seven years old and, at the age of thirteen, began to experiment with simple magic. Her devoutly Christian family were far from happy with her early spells and sent her away to a convent school, but she walked out of the convent when she was fifteen and refused ever to return.

As time went by, she became more aware of her own psychic abilities and began to read and study all the occult material she could lay her hands on, including the works of Charles Godfrey Leland, Aleister Crowley and Margaret Murray (whom she particularly admired).

At 19, she was working as a secretary in Barry, South Wales, when she met and married her first husband, a sailor named Joanis Vlachopoulos. Vlachopoulos was lost at sea just six months into their marriage, and Doreen moved back to London. A few years later, in 1944, she married her second husband, Casimero Valiente, an invalided refugee from the Spanish Civil War. They would remain together for the next 28 years until Casimero died in April 1972.

After World War II, they moved to Bournemouth, near to the New Forest area where Gerald Gardner had first been initiated into witchcraft. The area was steeped in folklore, and her interest in witchcraft, the occult and psychic phenomena was re-kindled. In 1952, shortly after the repeal of the old witchcraft laws, Doreen read an article about Cecil Williamson and his Folklore Centre of Superstition and Witchcraft on the Isle of Man. Williamson passed her enquiries on to Gerald Gardner and, after some correspondence, she expressed her interest in joining Gardner’s coven.

She was initiated into the coven by Gardner and his High Priestess, Dafo, in 1953, taking the craft name Ameth. She quickly recognized some of Aleister Crowley’s works in Gardner’s Book of Shadows (which he claimed had been passed down to him from the old coven, albeit in fragmentary condition), and she began to collaborate with Gardner in re-writing his Book of Shadows using her considerable poetic gifts. She removed much of Crowley’s influence (due to his unsavoury reputation) and instead inserted the influence of Charles Leland (most evident in her best known piece “The Charge of the Goddess”). This revised version of the Book of Shadows served as the basis for what was to become known as “Gardnerian Wicca”, still one of the most dominant traditions of contemporary witchcraft.

She also helped to formulate the Wiccan Rede, and was credited with increasing the emphasis on Goddess worship (thus transforming the craft into a fully-fledged religion), although this was later to become a point of contention with Gardner. By 1957, Gardner’s relentless pursuit of publicity led to Valiente (now High Priestess) and others leaving his coven, and she set up her own coven with a man called Ned Grove. She was succeeded as High Priestess in Gardner’s clan by Thelma Capel (craft name Dayonis).

After both her mother, Edith, and Gerald Gardner died in 1964, Doreen decided to distance herself from the growing tensions and internal politics emerging within Gardnerianism. She was initiated into the “Clan of Tubal-Cain”, a coven run by Robert Cochrane, who claimed to be a hereditary witch and who was the founder of the tradition now referred to as the “1734 Tradition”. She soon became disillusioned with Cochrane, however, as she began to realize that he was more fiction than fact, and more interested in drugs than witchcraft.

With the social upheaval of the 1960s, many alternative “New Age” traditions began to emerge as people cast off the restraints of orthodox religion. Valiente tried to find a middle ground between those such as Sybil Leek and Alex and Maxine Sanders who became media personalities actively courting publicity, and those elders of the craft who still refused to come forward publicly, and stoically shunned all contact with outsiders. She never denied Paganism, nor did she fear to speak out in its defence, and she was particularly keen to emphasize that the movement was not related to Satanism.

After the death of her husband, Casimiro, in April 1972, Valiente began to devote much of her time to writing, producing three books that did much to established her as an authority on witchcraft and magic: “An ABC of Witchcraft” (1973), “Natural Magic” (1975) and “Witchcraft for Tomorrow” (1978). She also helped other writers on the subject, making available her large and extensive private library to the more discerning, and she contributed, directly or indirectly, to many of today’s leading Wiccan titles. She published her own autobiography, “The Rebirth of Witchcraft”, in 1989. 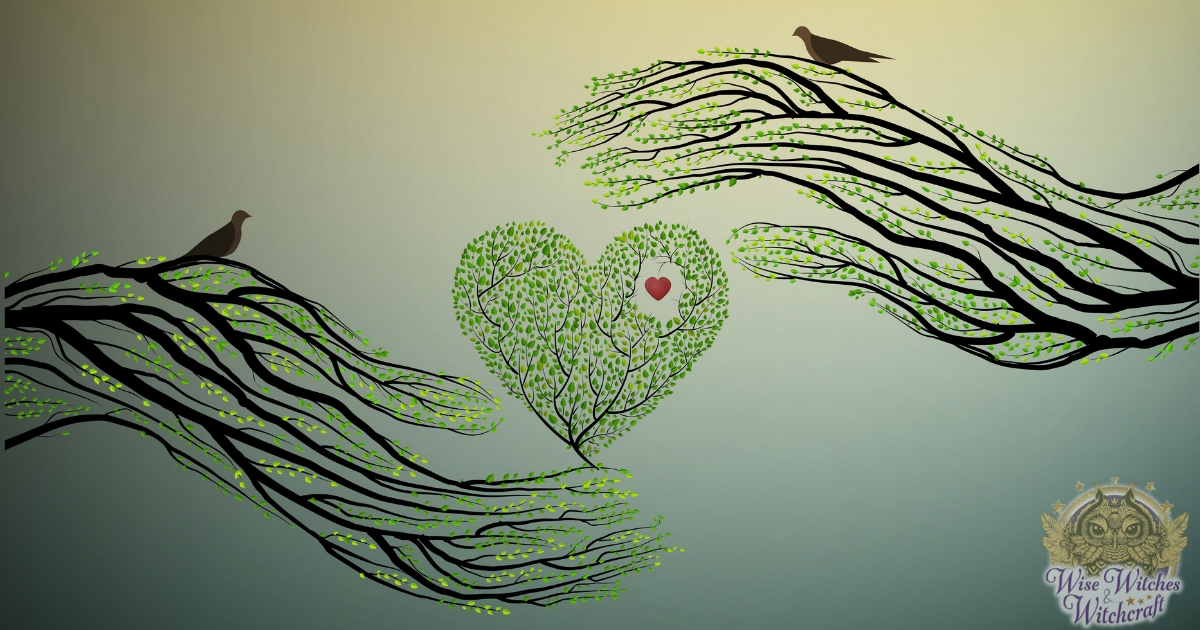 In the 1970s, when the British Government were considering passing new legislation against witchcraft, Valiente successfully lobbied the MP concerned, and in the end, the new laws were never passed. She made many personal appearances and public speeches at the regular events and conventions organized by the Pagan Federation since its founding in 1971. In her efforts to provide genuine information on Neopaganism, and to counter the many misconceptions about the religion, she agreed to become Patron of the Centre for Pagan Studies (which had been founded by John Belham-Payne, her last High Priest and working partner) in 1995. 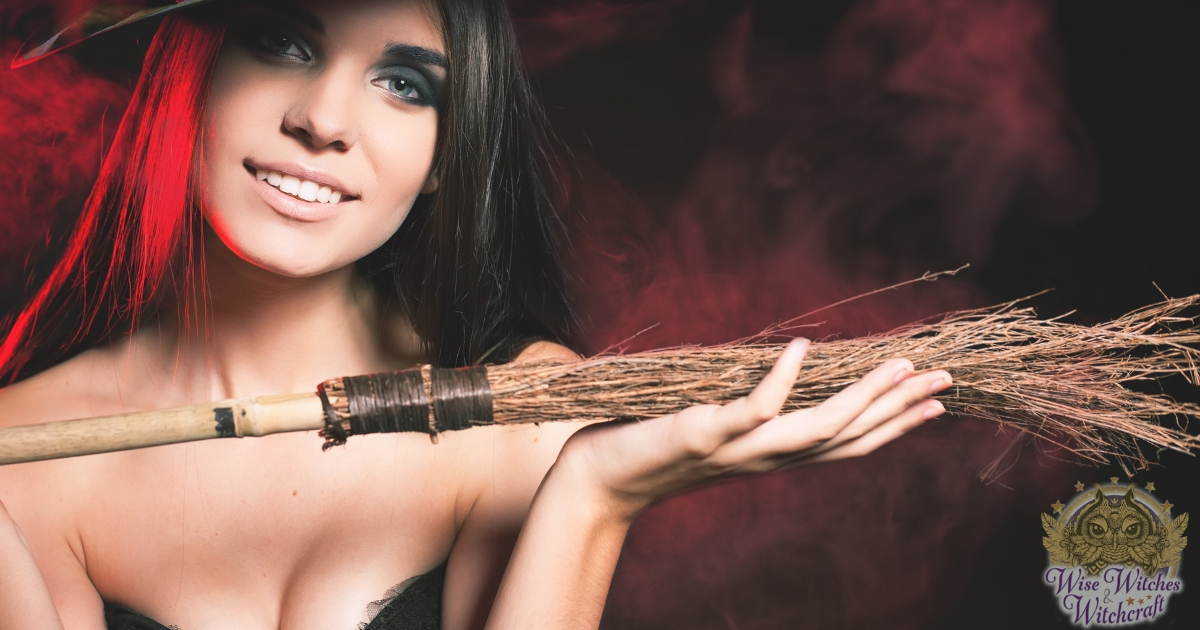 After a long struggle with cancer, Doreen Valiente died on 1 September 1999 in Brighton, where she had lived the last years of her life. She bequeathed to John Belham-Payne her personal library, copyrights to all her writings and research materials, and her extensive collection of witchcraft artefacts (including many items made for her by Gerald Gardner, together with some of his ritual items and his original Book of Shadows), as well as her own Book of Shadows. A book of her collected poetry, including her famous “Charge of The Goddess“, was published posthumously in 2000.