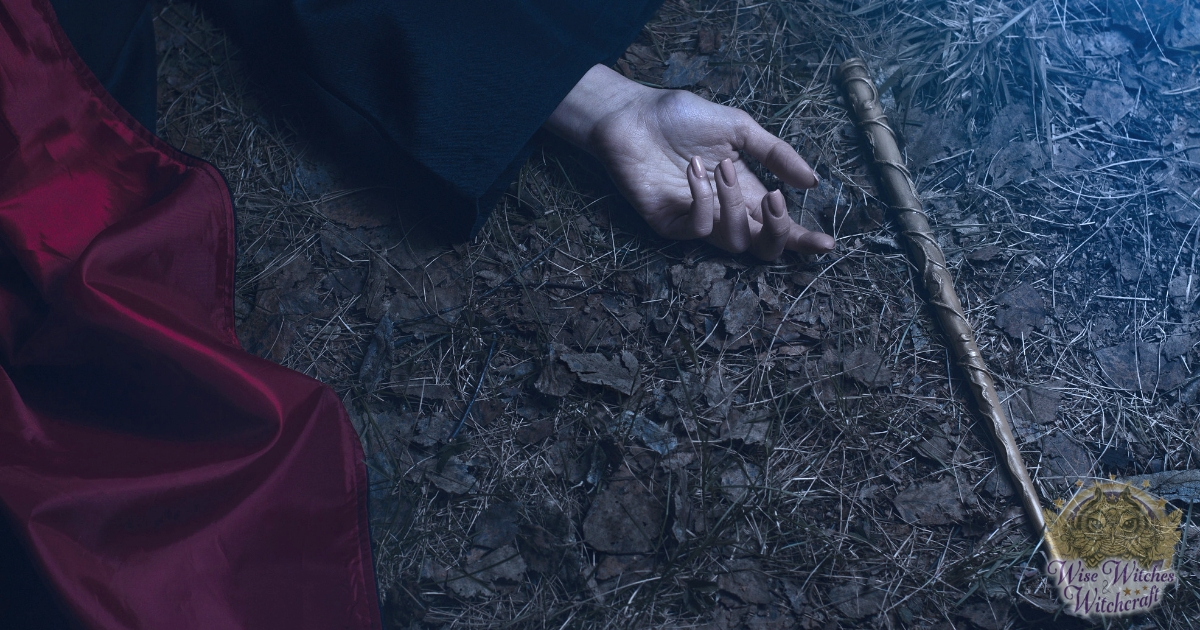 A wand is a thin, straight, hand-held stick of wood, ivory or metal, generally with ceremonial and/or magical associations, although historically they have also had other uses, all stemming from the original meaning as a synonym of rod and virge (a stick used as a weapon or for corporal punishment).

It is traditionally made from the wood of a sacred tree, such as willow, elder, oak, apple, peach, hazel or cherry, and its length should approximate the crook of the elbow to the middle of the index finger. The wand may be carved or decorated in order to personalize it. These days, metal, crystal or many modern materials may be used instead of wood, and a wand may also be tipped with crystals and gems. A grimoire called “The Great Book of Saint Cyprian” gives step-by-step instructions on how to make a magic wand, although it is now possible to purchase ready-made wands commercially. 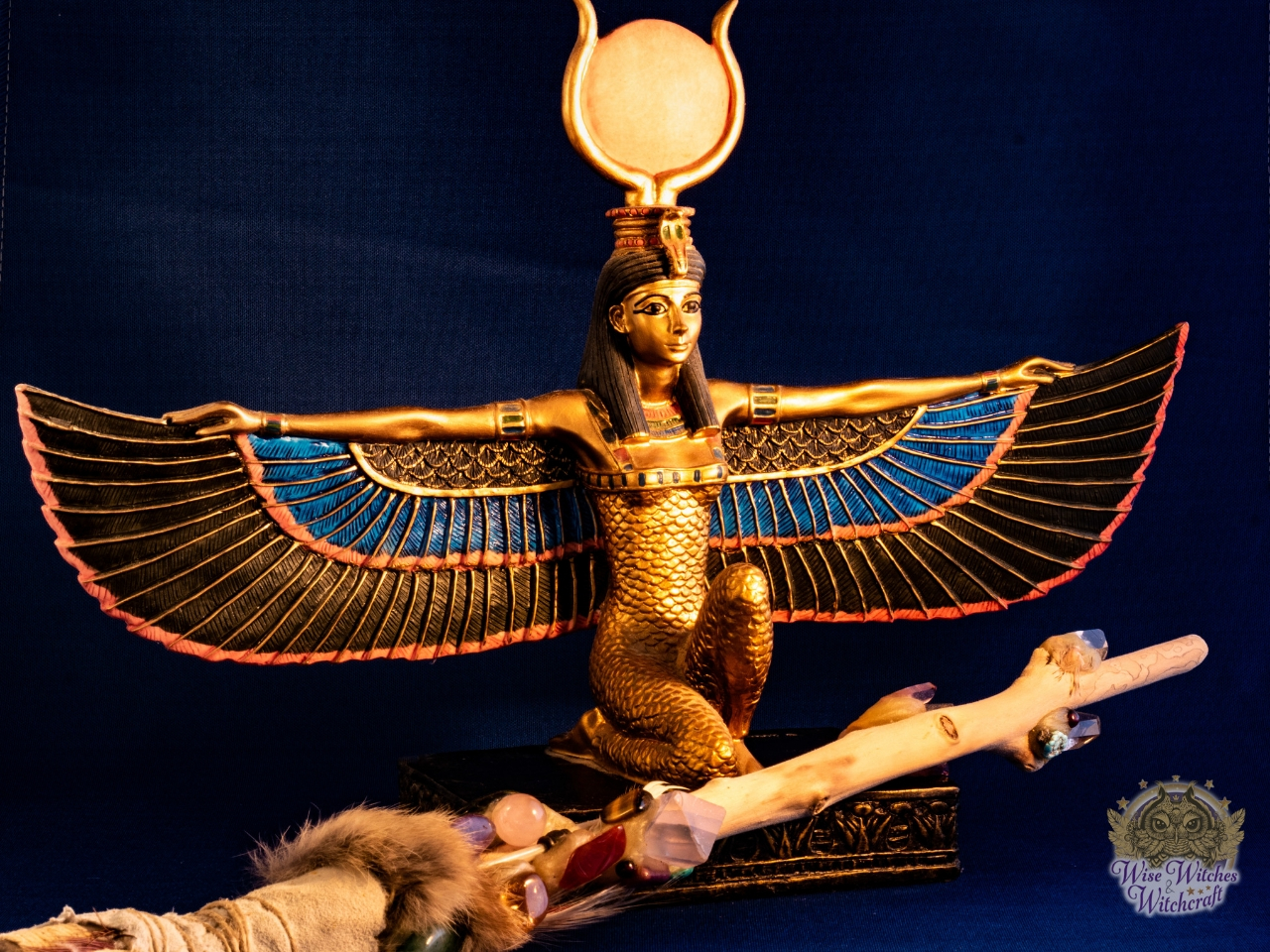 In Pharaonic Egypt, many items were left in the tomb of a dead person, together with magic texts and a magic wand which enabled the “ka” (or soul) to use them. Moses was also depicted with a hazel wand in the Bible, as was the classical Greco-Roman god, Hermes/Mercury. Some scholarly opinion believes that the wand may have its original roots in the drumstick of a shaman (especially in Central Asia and Siberia), as when used in religious, healing and magical ceremonies.

The wand is one of the four elemental tools of modern Wicca (along with the pentacle, the athame and the chalice), and represents in most traditions the element of Air (although in others it represents the element of Fire, and contemporary wand-makers also create wands for the elements of Earth and Water as well). It is a tool of invocation, used to evoke the Gods, Goddesses and Spirits and to channel energy, similar to the athame (although the two have their distinct uses, a wand being seen as more gentle, and used more to invite or encourage than to command). It is used in rituals, healing and spell-casting, including the bestowing of blessings, the charging of objects and “drawing down the moon” during a ritual.

Wands commonly feature in works of fantasy fiction as spell-casting tools, or sometimes as weapons in magical duels, filling basically the same role as wizards’ staffs. Perhaps the first magical wand in literature was that of Circe in Homer’s “Odyssey”, which she used to transform Odysseus’ men into animals. By the late Middle Ages, Italian fairy tales put wands into the hands of powerful fairies. 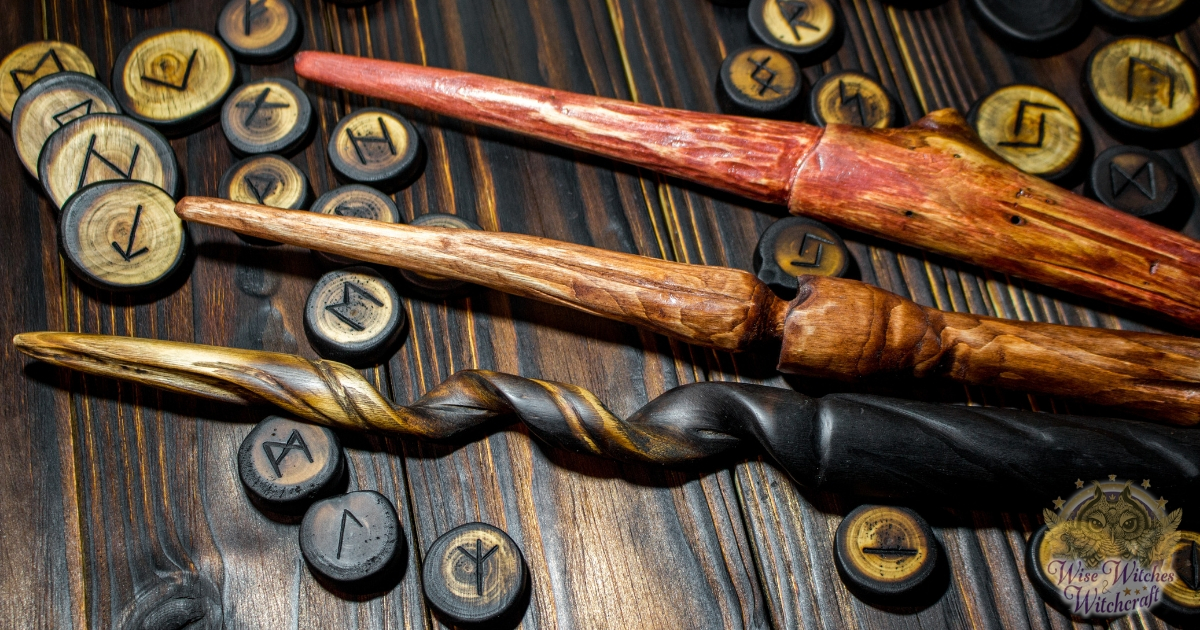 Based on their magical symbolism, stage magicians often use “magic wands”, traditionally black with white tips, as part of their “misdirection” (the technical term for when an audience is focused on one thing in order to distract its attention from another). “Wands” is also another name for the suit of Batons or Rods, a suit of the minor arcana of the Tarot, normally associated with the element of Fire.