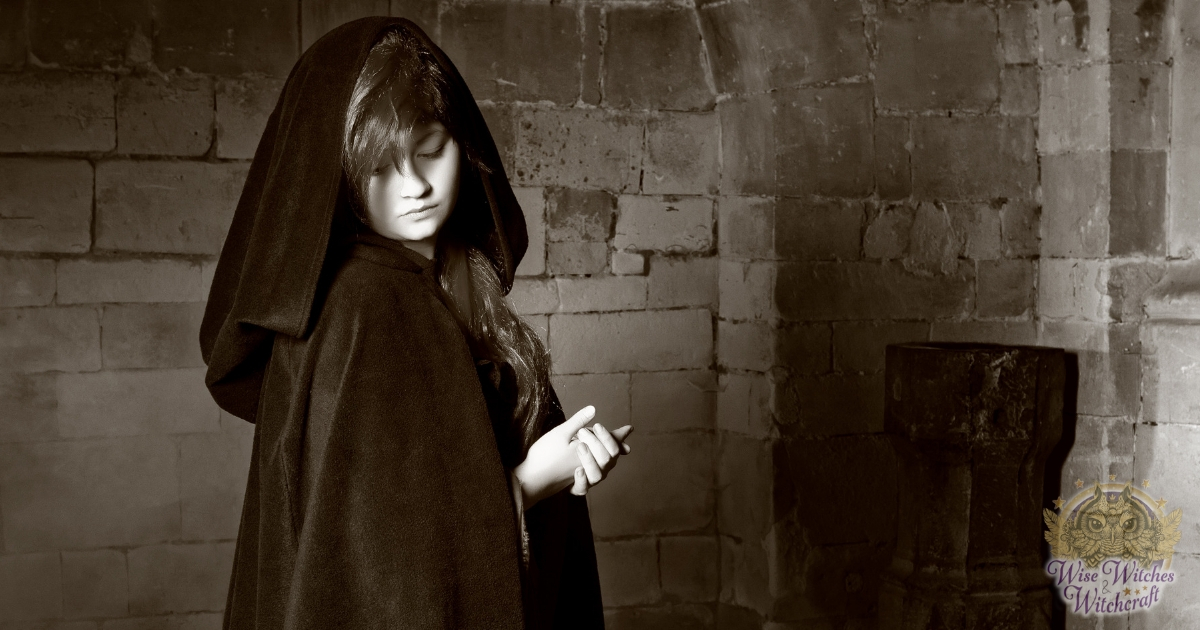 Although the Inquisition began in the late Medieval Period , it was during the Early Modern period that the witch hunt in Europe began in earnest, beginning with the early witch trails in the 15th Century. In England, for example, the first Act of Parliament directed specifically against witchcraft was the act “De hæretico comburendo”, passed at the instigation of Archbishop Thomas Arundel in 1401. It specifically named witchcraft or sorcery as a species of heresy and provided that, unless the accused witches abjured these beliefs, they were to be burnt at the stake. Further and broader Witchcraft Acts were passed by Queen Elizabeth I in 1563 and by King James I in 1604, making witchcraft a felony and removing the accused witches from the jurisdiction of the ecclesiastical courts to the courts of common law. The Inquisition, per se, did not operate in England, but the procedure was comparable. 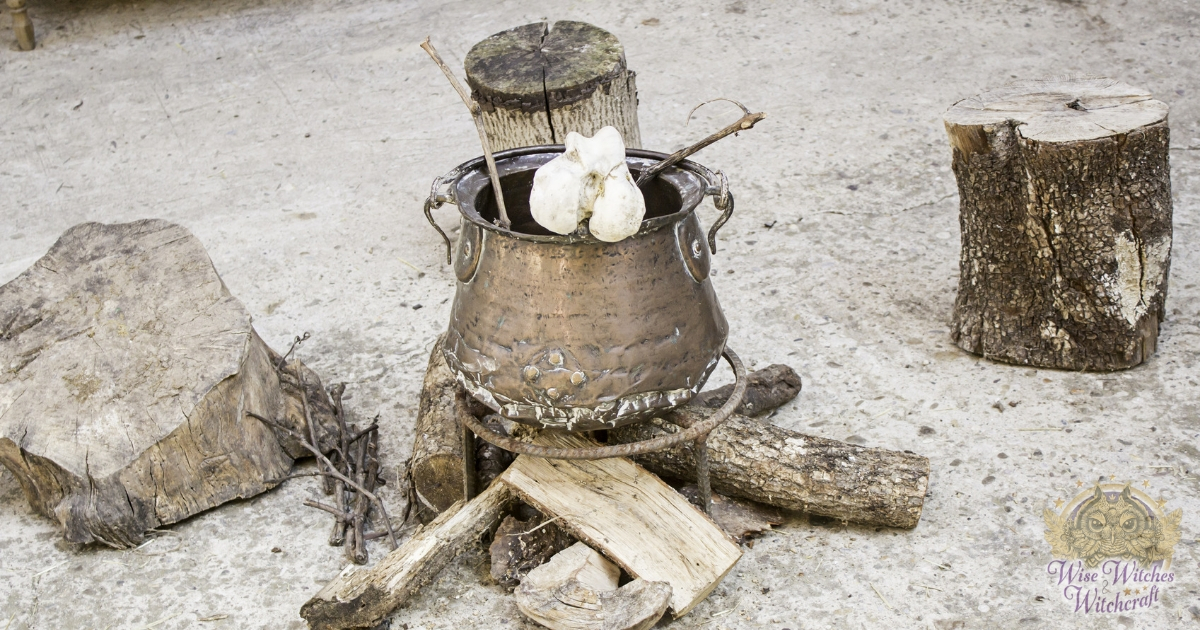 By the mid-15th Century in central Europe, torture inflicted on heretics suspected of magical pacts or demon-driven sexual misconduct led to some alarming confessions, where defendants admitted to flying on poles and animals to attend assemblies presided over by Satan (who appeared in the form of a goat or other animal). Some defendants told investigators that they repeatedly kissed Satan’s anus as a display of their loyalty, while others admitted to casting spells on neighbours, having sex with animals, or causing storms. Gradually, the distinctive “crime” of witchcraft began to take shape.

The “Formicarius” by Johannes Nider (written in 1435 – 1437 during the Council of Basel, but first printed in 1475) dealt specifically with witchcraft in its fifth section, demonstrating that, by the early 15th Century, trials and torture of people alleged to be witches were already taking place. Unlike his successors, however, Nider did not emphasize the idea of the witches’ Sabbat and he was skeptical of claims such as witches flying by night.

In his papal bull of 1484, Pope Innocent VIII claimed that Satanists in Germany were meeting with demons, casting spells that destroyed crops and aborting infants, and he complained that the clergy were not taking the “threat” of witchcraft seriously enough. He asked two inquisitors of the Catholic Church, Heinrich Kramer and Jacob Sprenger, to publish a full report on the suspected witchcraft, and in 1486 the friars published “Malleus Maleficarum” (“The Hammer of Witches”) which put to rest the old orthodoxy that witches were powerless in the face of God, and established a new orthodoxy which held that Christians had an obligation to hunt down and kill them. 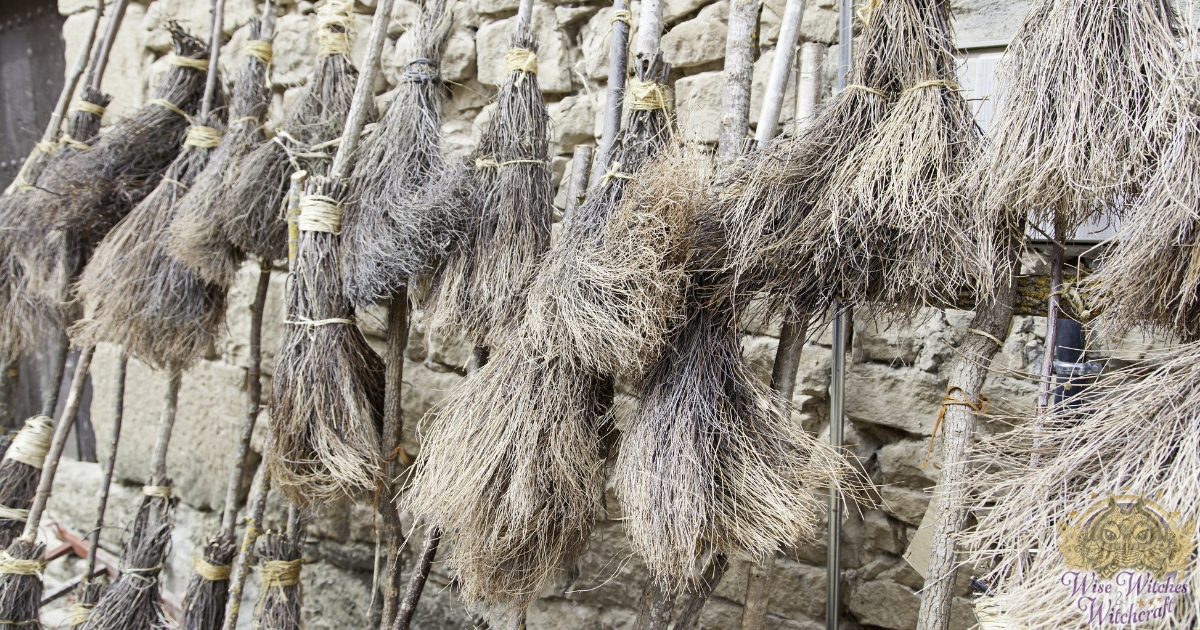 Over the next forty years, the “Malleus” was reprinted thirteen times (despite being technically banned by the Church in 1490) and it came to define the crime of witchcraft. Much of the book offered hints to judges and prosecutors, such as the suggestion to strip each suspect completely and look for a mole (which was supposedly a tell-tale sign of consort with familiars or demons), and to have the defendants brought into court backwards to minimize their opportunities to cast dangerous spells on officials. Dubious witch-hunting methods such as “swimming” and “pricking” were officially sanctioned, as were any number of barbaric torture techniques, and execution by burning, hanging, pressing or drowning became common. Practices such as witches’ Sabbaths or Sabbats (parodying the Christian mass and involving the desecration of the Eucharist and crucifix, orgies and sacrificial infanticide) came to be popularly associated with witches, along with the riding by night on a broomstick and the possession of demon familiars. The vast majority of those who fell under suspicion of witchcraft were women, who were regarded by witch-hunters as especially susceptible to the Devil’s blandishments.

In the early 16th Century, outbreaks of witchcraft hysteria, with subsequent mass executions, began to appear. In 1515, the authorities in Geneva, Switzerland burned 500 accused witches at the stake; in 1526, in Como, Italy, a spreading spiral of witchcraft charges led to as many as 1000 executions; witch hysteria swept France in 1571 after claims were made of over 100,000 witches roaming the country. Jean Bodin’s 1580 book “On the Demon-Mania of Sorcerers” opened the door to the use of testimony by children against parents, entrapment and instruments of torture.

Although the Reformation divided Europe between Protestant regions and those loyal to the Pope, the Protestants took the crime of witchcraft no less seriously (arguably even more so) than the Catholics. Germany saw Europe’s greatest execution rates of witches, higher than those in the rest of the continent combined. Over the 160 years from 1500 to 1660, an estimated 50,000 – 80,000 suspected witches were executed (about 80% of them women), including about 26,000 in Germany and about 10,000 in France. 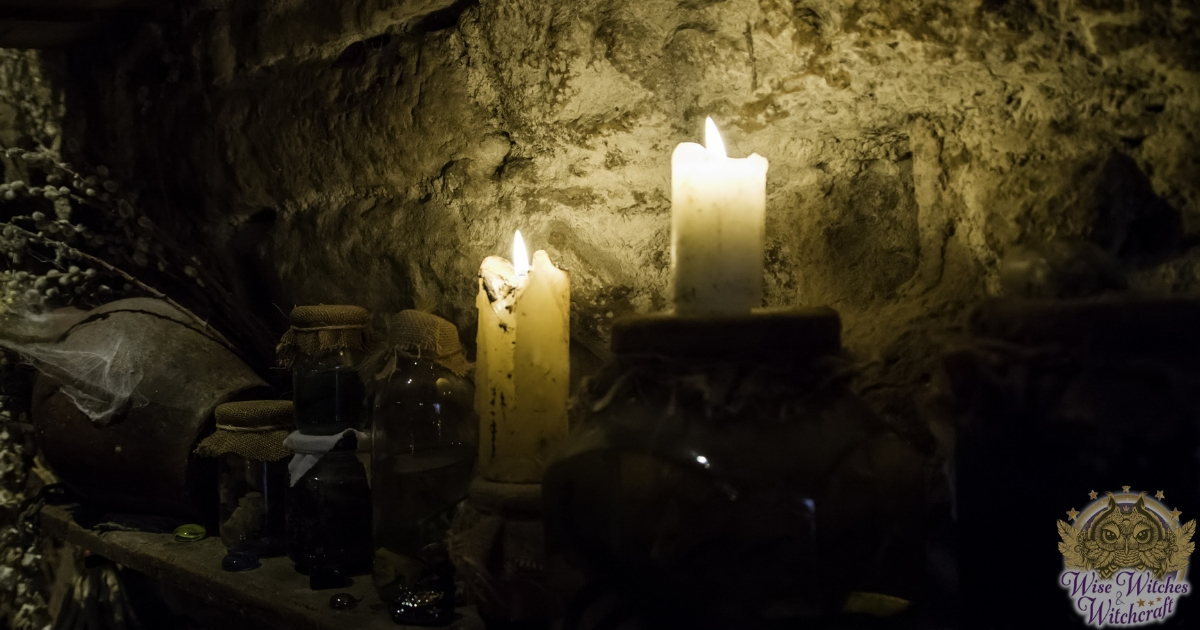 James VI of Scotland began to take witchcraft seriously in 1591 and authorized the use of torture of suspected witches. Dozens of condemned witches in the North Berwick area were burned at the stake in what would be one of the first and largest witch-hunts in British history. England executed significantly less than 1,000 during the main period of the witch craze, and Ireland just 4, due in part to better procedural safeguards for defendants in those countries. However, many more were tried and condemned in Scotland (one estimate giving as many as 4,400 executions overall), which followed the continental, inquisitorial model. At one point in Scotland, it was not even considered necessary to obtain a confession before conviction and execution, a general reputation as a witch being sufficient proof for an indictment and conviction.

There were, however, some brave voices of dissent. In 1584, Reginald Scot published “The Discoverie of Witchcraft”, in which he tried to prove that witches did not exist by exposing how apparently miraculous feats of magic were done. Scot believed that the prosecution of those accused of witchcraft was irrational and un-Christian, and he held the Roman Church responsible. All obtainable copies of the book were burned on the accession of James I in 1603 and the few remaining copies are now very rare.

The witch hunt reached its peak in Europe during the late 16th and early 17th Century. In 1643 – 1645, the largest witch-hunt in French history occurred, and there were at least 650 arrests in the Languedoc region alone. This was also a time of intense witch-hunting in England under the self-labelled “Witchfinder General”, Matthew Hopkins, taking advantage of the atmosphere of unrest created by the English Civil War.

The number of trials began to drop sharply, however, after the late 1640s. By 1648, Holland, for example, was a tolerant society that had done away entirely with punishments for witchcraft. In 1682, Temperance Lloyd, a senile woman from Bideford, became the last witch ever executed in England, and the Lord Chief Justice Sir Francis North denounced the prosecution as deeply flawed, which helped discourage additional prosecutions. By the late 1680s, the Enlightenment, with its empirical reason, skepticism and humanitarianism, contributed to the end of witch-hunts throughout Europe, arguing that there was no empirical evidence that alleged witches caused real harm, and that the use of torture to force confessions was inhumane. 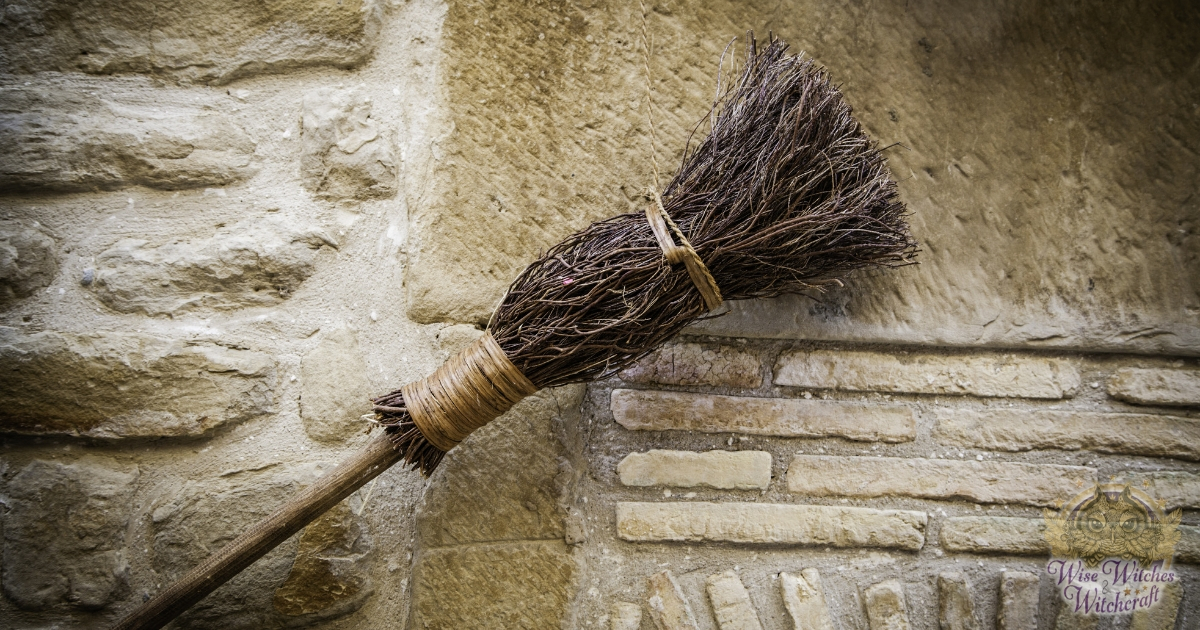 The witch-hunt then shifted from one side of the Atlantic to the other. The Connecticut Witch Trials started in 1647 (and continued on and off for half a century), but by far the most famous witchcraft incident was the Salem Witch Trials, a series of hearings before local magistrates in a variety of towns across the province (followed by county court trials) to prosecute people accused of witchcraft in Essex, Suffolk and Middlesex counties of colonial Massachusetts, between February 1692 and May 1693. Over 150 people were arrested and imprisoned, and courts convicted twenty-nine people of the capital felony of witchcraft (of which nineteen were hanged, one old man was crushed to death with rocks, and at least five more of the accused died in prison). Several of the accusers later admitted that they had made up their stories, and the courts later cleared all those accused of witchcraft in Salem and reversed their convictions. 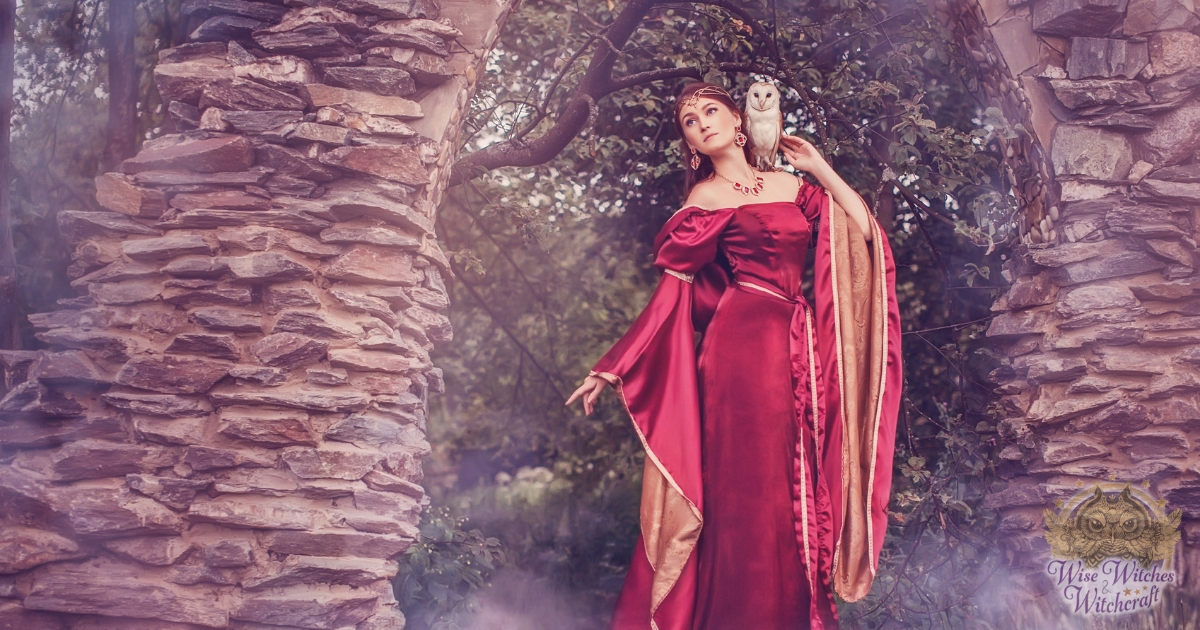 The very last execution for witchcraft in Europe took place in Poland in 1793, but practitioners of witchcraft stayed hidden in the shadows and kept their faith secret, handing their knowledge down to successive generations, until the resurgence of witchcraft and Neopaganism in the Modern Period allowed them to come out of the “broom closet”.