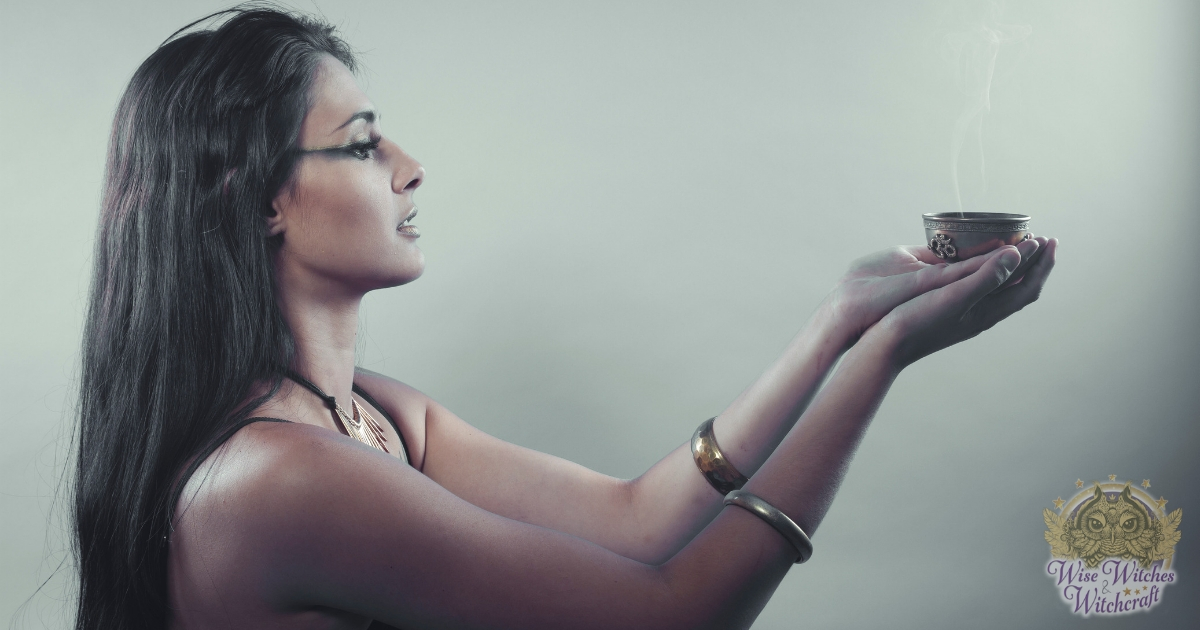 Incense is a substance which releases fragrant smoke when burned, and is employed in many religious ceremonies and spiritual purificatory rites, as well as for its aesthetic value.

The use of incense dates back to biblical times, and may have originated in Egypt and Babylonia. It was imported into Israel in the 5th Century B.C. to be used in religious offerings and it spread from there to Greece, Rome and India (where both Hindus and Buddhists still burn it in their rituals and at festivals) and then to Japan and China. Throughout history, a wide variety of materials have been used in making incense, usually making use of locally available ingredients, including woods and barks, resins and gums, seeds and fruits, leaves, roots and rhizones, flowers and buds, and even animal-derived materials. 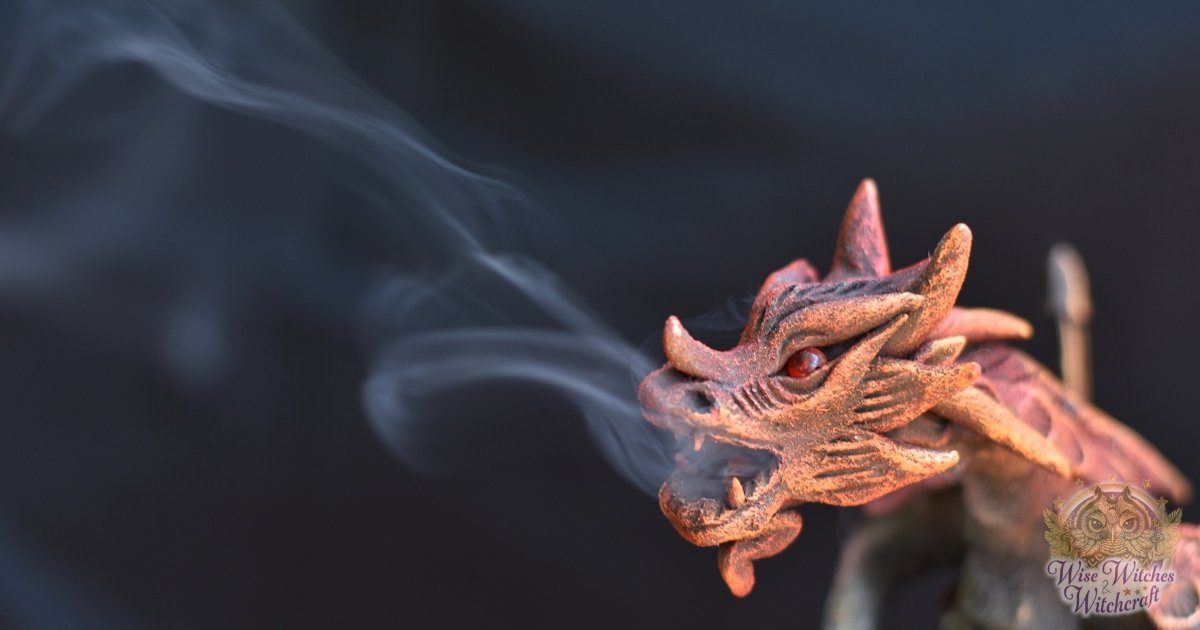 Incense is often used in Neopagan and Wiccan rituals to represent the element of Air, although many modern approaches to incense magic hold that incense actually represents all of the elements (on the grounds that the smoke wafts through the Air, is created through the use of Fire, the incense materials are grown from the Earth, and combustible incense is formed using Water). It is believed to create a magical atmosphere that is appropriate for the invocation of deities and spirits, and burning the incense is believed to release the large amount of energy stored within natural incense, which can then be used for magical purposes. The use of perfumed, dipped or synthetic incense or essential oils is generally avoided during magical work, since such artificial materials are believed not to contain the energies useful for magic.

Incense is burned in a censer during a ritual, which can be any type of vessels made for the purpose, from a simple earthenware bowl filled with sand to intricately carved silver or gold vessels. The censer is normally placed before the images of the Goddess and God on the altar.

Incenses of a wide range of fragrances are used in spells and rituals for different purposes, many of the raw materials being quite valuable. Although these vary from tradition to tradition, some of the more common are: 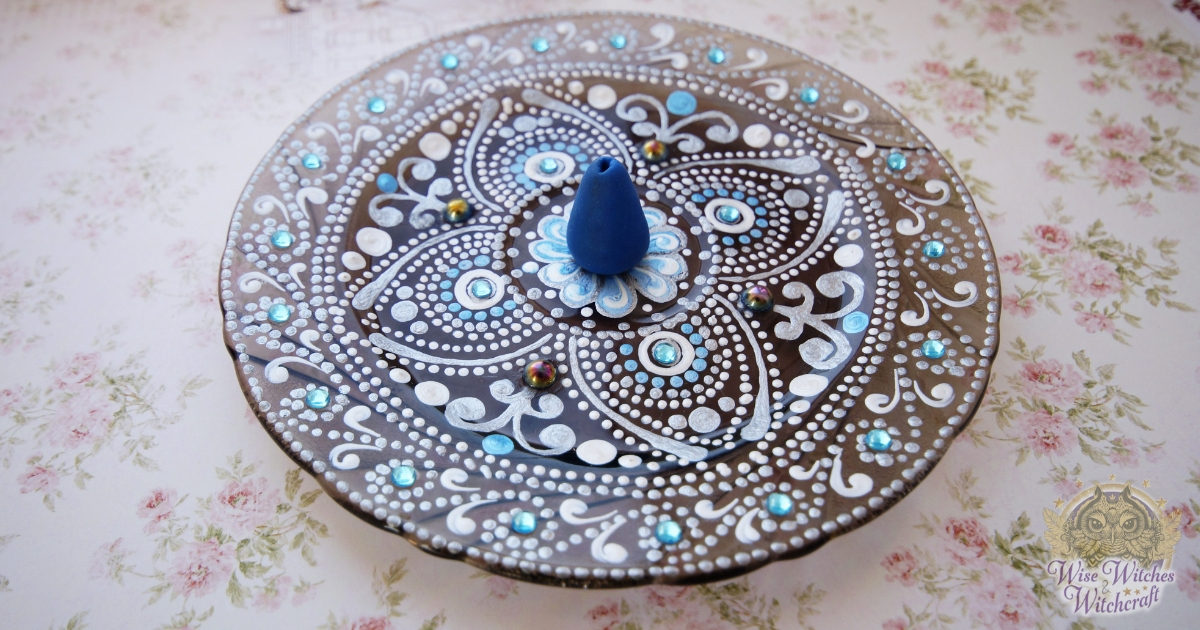 Some forms of Satanism use incense to create an atmosphere that is capable of bringing demons into the room, and to perform such tasks as telling the future, or healing the ritual practitioner or another person. The most commonly used incense in this case is Patchouli (also known as Graveyard Dust, a strong heavy scent made from a tropical herb, known to induce relaxation). 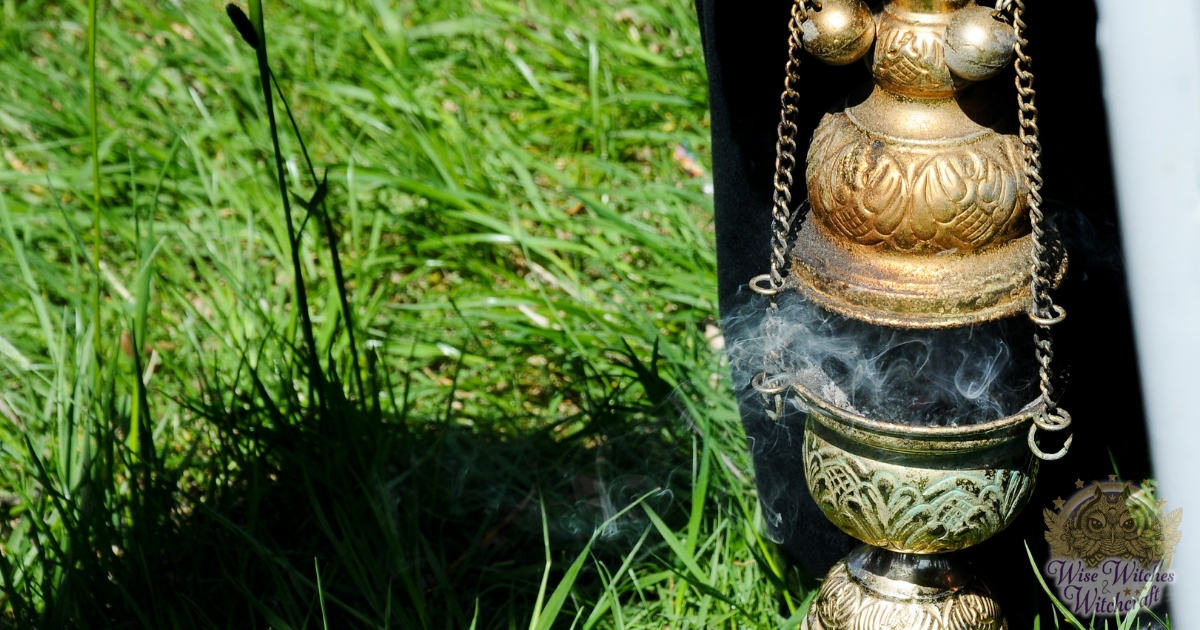 A similar principle applies to the use of “smudge sticks” (a bundle of dried herbs which have a strong, pleasant aroma when burnt) in many indigenous American Indian traditions and in some modern New Age traditions of shamanism. The herbs (most commonly white sage, although other herbs or plants are often incorporated, such as sweet grass, copal, cilantro, cedar, pine, lavender and mugwort) are bound with string in a small bundle and dried. “Smudging” or the burning of herbs for emotional, psychic and spiritual purification is common practice among many religious, healing and spiritual groups, and can be considered as “spiritual house cleaning”. In theory, the smoke attaches itself to negative energy and, as the smoke clears, it takes the negative energy with it, releasing it into another space where it can be regenerated into positive energy. Smudge stick ceremonies are considered most significant at aphelion (when the earth is furthest from the sun), perihelion (when the earth is closest to the sun), equinoxes and solstices.