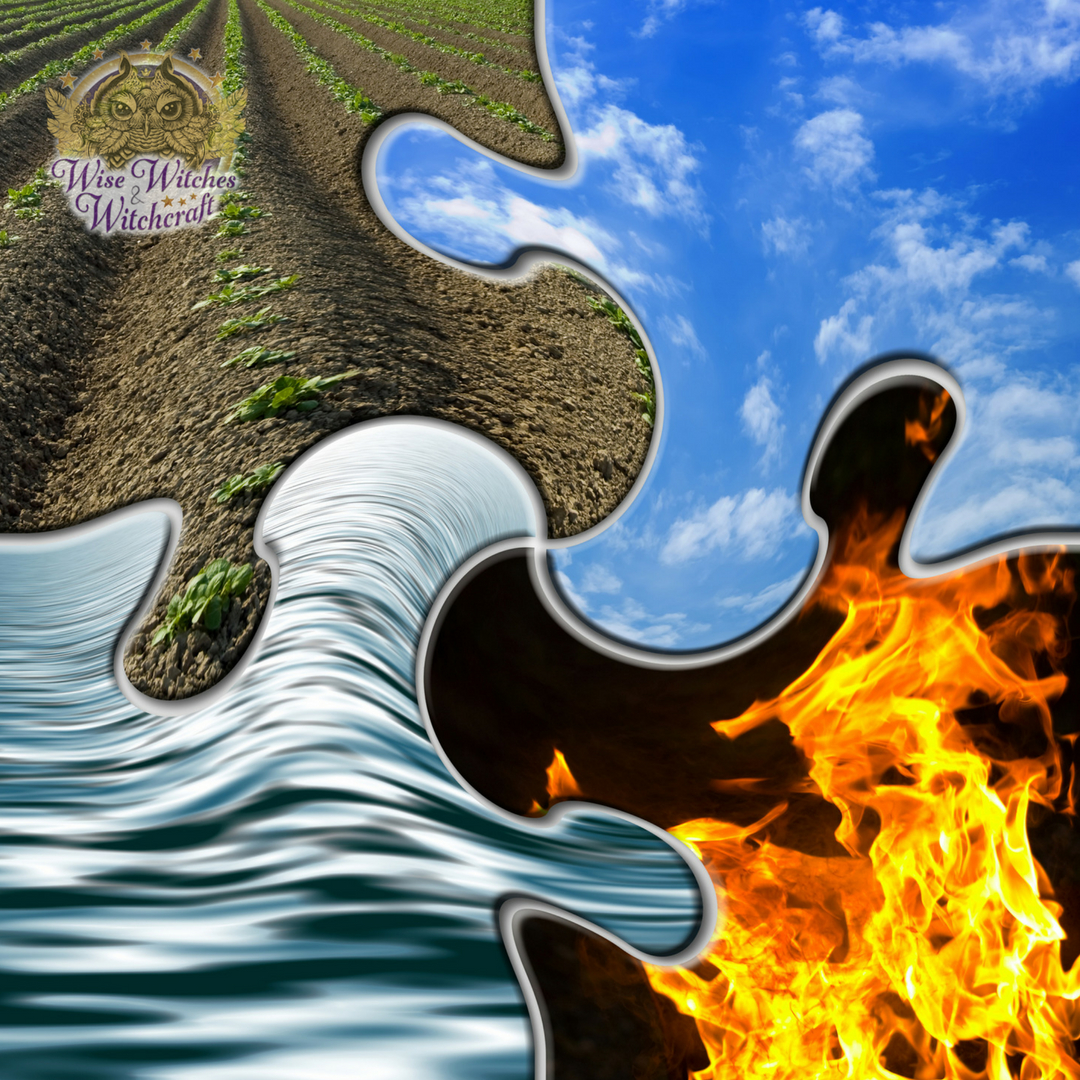 “Nature that fram’d us of four elements, Warring within our breasts for regiment, Doth teach us all to have aspiring minds.”
-Christopher Marlowe

Shamanism, Witchcraft, Druidry, and many other metaphysical belief systems work with the powers of earth, air, fire, and water. The wise witch’s school of magic is no different. These four elements (bound together by Spirit) constitute an amazing storehouse of symbolism and power that we can apply to any need or goal. So, if you’ll forgive a momentary pun: “Let’s get element-ary!” 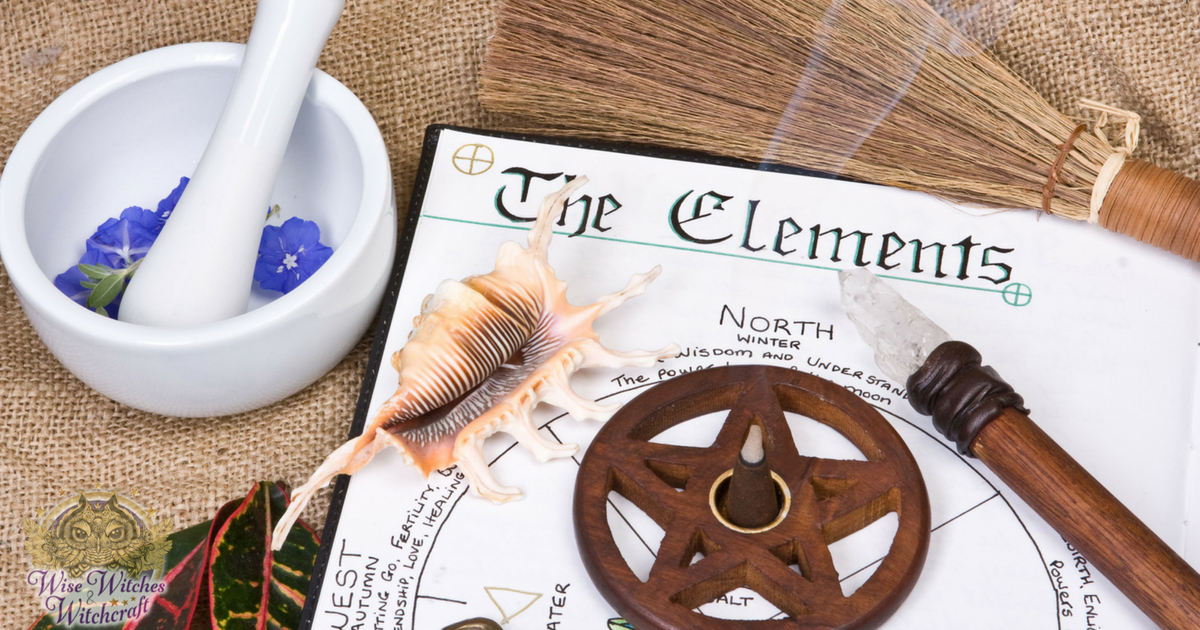 Since dozens of books have already provided you with more crystal, animal, and plant correspondence lists and elemental associations than you’ll need for ten incarnations, and others still have talked about the beings that abide within those elements, let’s take a slightly different look at things. More specifically, let’s go back to the basics and what we can do with just good old-fashioned earth, air, fire, and water. These brief overviews are a perfect “landing page” for the Element section of Your Book of Shadows or personal Grimoire. 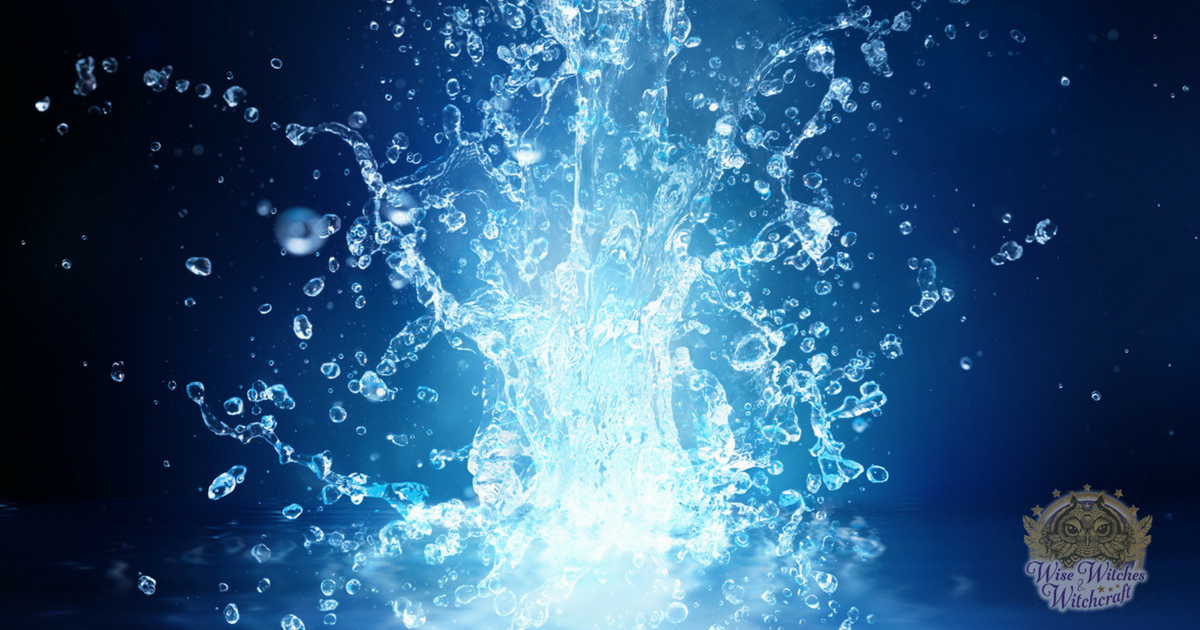 Rain water, dew, spring water, sweet water, and water mixed with natural oils or juices has been used in blessings and spellcraft for thousands of years in numerous traditions. Here are just a few examples of cultural applications for the Water Element, all of which could be adapted to modern Witchcraft.

As an aside, well water was sometimes used for all these purposes, but more often for wishing. By comparison salt water (ocean water) was used to banish sickness, probably because the salt itself is a preservative. But let’s not stop there-what about water’s alternative forms: tears, sweat, ice, fog, and steam?

Tears: Tears represent specific emotions. So, if you gather a few, and give them to the earth to bury negative feelings.

Ice: Ice is one of our favorite mediums, because the water molecules have slowed (thereby causing the solid state). Water in this form is excellent for:

Conversely, if you put something into ice and then melt it-you symbolically release it from “limbo.” Snow comes under this category but in a less firm manner. You can easily gather some snow for melting a little more quickly than your ice spell. You can also fashion snow into a poppet.

By the way, a bit of folklore says if you wish to remember something forever write it with your finger on ice.

Fog & Steam: Foggy nights make for a marvelous time to work magick because they invoke a feeling of timelessness. Lastly, steam is akin to smoke in that it rises to the winds with our wishes and prayers. Potpourri water that’s steaming might well be used to bless a sacred space or the fragrant steam can be fanned upon participants before a ritual begins. 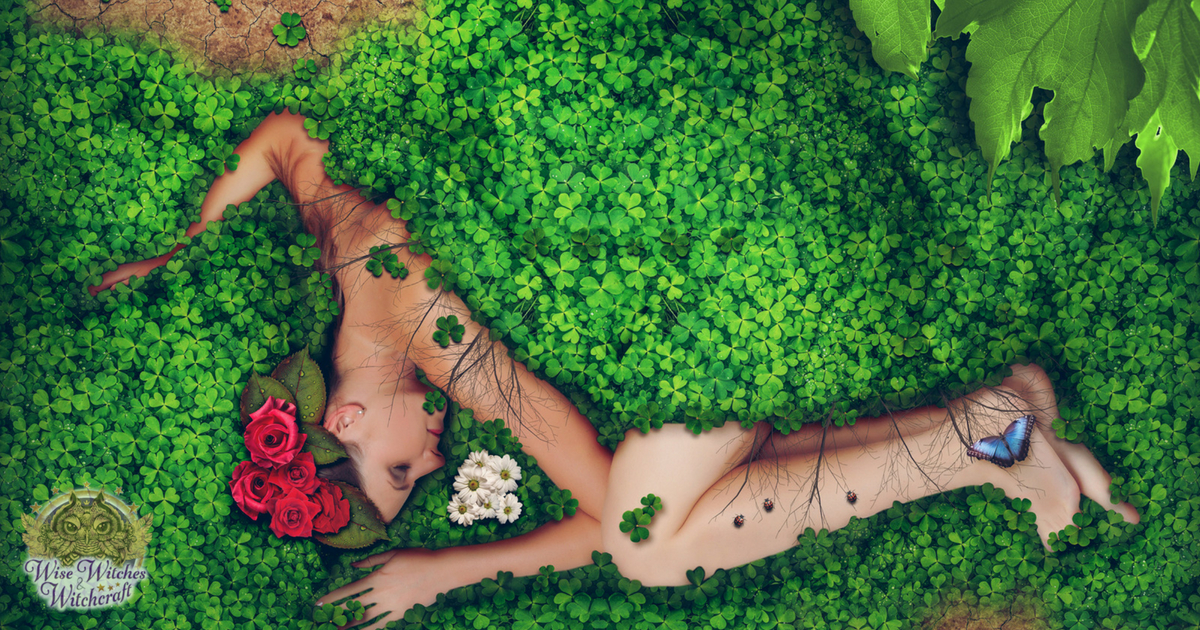 The planet’s soil has been used for eons in Earth magick. It was quite common at one time to place a sick person into the Earth (head above ground) as a type of mock death. When they rose, their sickness stayed in the earth! Other similar methods included spitting into the earth and covering it (to bury the illness) or putting healing herbs into a person’s footprint. Oddly enough, if you gather soil from that same footprint it’s said to help with love spells! Here are some examples of global ideas about Earth energies:

As with water, there are several forms of Earth to consider for your magick including clay, soil, dust, sand, and mud. Clay has two applications. The first comes in the form of image magick in that you can shape the clay however you wish, like a poppet. The second would be for beauty or image magick, since rich clays are often used to enrich the skin.

Soil: When using soil we suggest “living” earth rather than soil gathered from a dry, dead soil. You can use dirt gathered from specific locations to energize spells, like that taken from a sacred space (with permission) for spiritual matters. Another example would be using soil from the land of your Ancestors for connecting with those persons and cultural energies. You might also choose to treat soil in specific locations for magical results. Additional uses for soil in magickal practices include:

Unusual Forms of Protection: Historically, a witch’s jar was one of the magickal solutions for protecting property. First, the practitioner fills a small jar with sharp items. Nails, broken glass, and shards of pottery are common. Then, before sealing it, the creator adds urine. Another option involves pouring urine along a property line. It forms a boundary between the person’s home and a “bad” neighbor. The action is similar to when animals mark their territory.*

*Yes, both options are yucky and unsanitary. It’s also why we’re not recommending the practice.

But, you can still make a witch’s jar with some minor adaptations. Instead of urine, use rain water, sparkling cider, or wine (if you’re of legal age to do so, of course). Alternative components include broken seashells, sharp stones, and crystals. Personalize the jar’s contents by adding a small snippet of your hair. After filling, seal and bury the container somewhere on your property: Near the perimeter of your home and land is best.

Sand: Sand has some properties similar to clay, in that it can be shaped when wet (and then can be taken out to sea with the next tide). When you are stressed out try holding warm sand in your hands and let it slowly trickle out (taking tensions with it). And, of course, Native Americans and Tibetans both practice sand painting as a meditation and form of healing.

Dust and Mud: Dust when gathered from specific places is considered protective (especially graveyard dust−in practice symbolizing victory over the grave). In some areas of the world dust was used for divination, either by casting it and watching its movements, or by patterns on its surface. Finally, mud is a blend of Earth and water, giving it a strong healing quality. Dab a bit of mud on a bug bite−it really helps. Beyond that, wash away some mud when you need to clear up a situation! 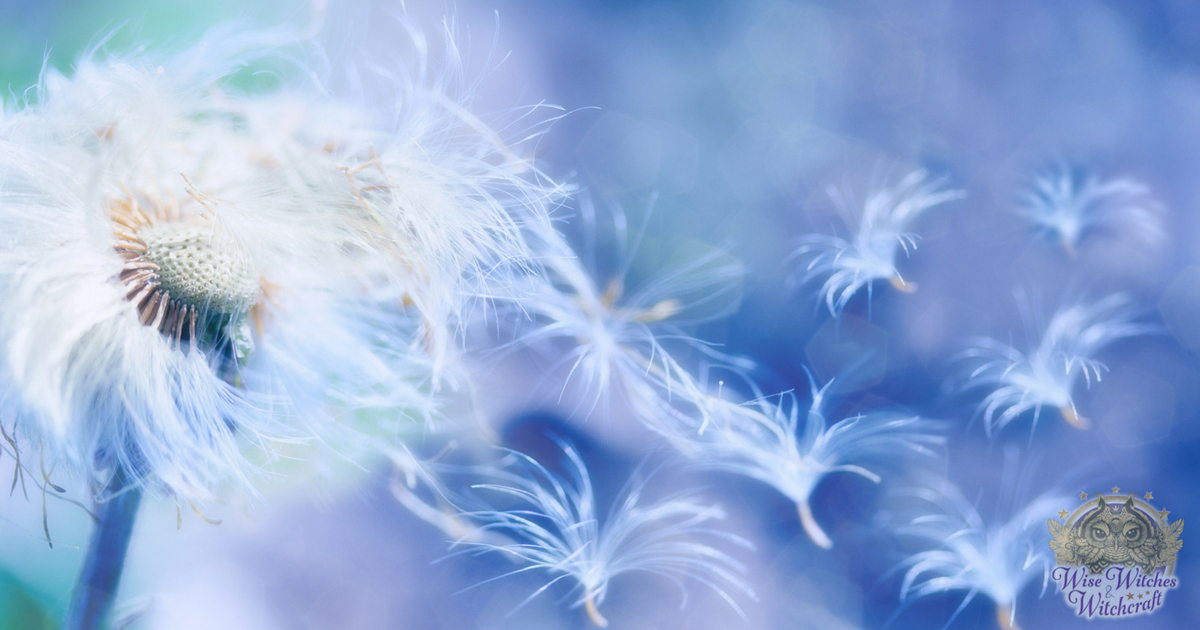 The wind has long been connected with Spirit (or spirits) because it’s so elusive. In the Far East it wasn’t uncommon to listen to the winds for portents. In the West it was typically observed as a weather indicator, and sometimes used as part of healing spells. Here are some other peeks into Wind magic:

Wind Directions and Magical Energy: Where the first water and Earth offered us various forms, the winds offer directions. Wind directional correspondences are as follows:

In terms of applying the wind-you can hang your clothing in the winds from a specific direction to charge and refresh it. Or cast herbs, flower petals, or other natural, light items to the winds with your wishes. Stand in the wake of a wind and let the air’s energy fill you! 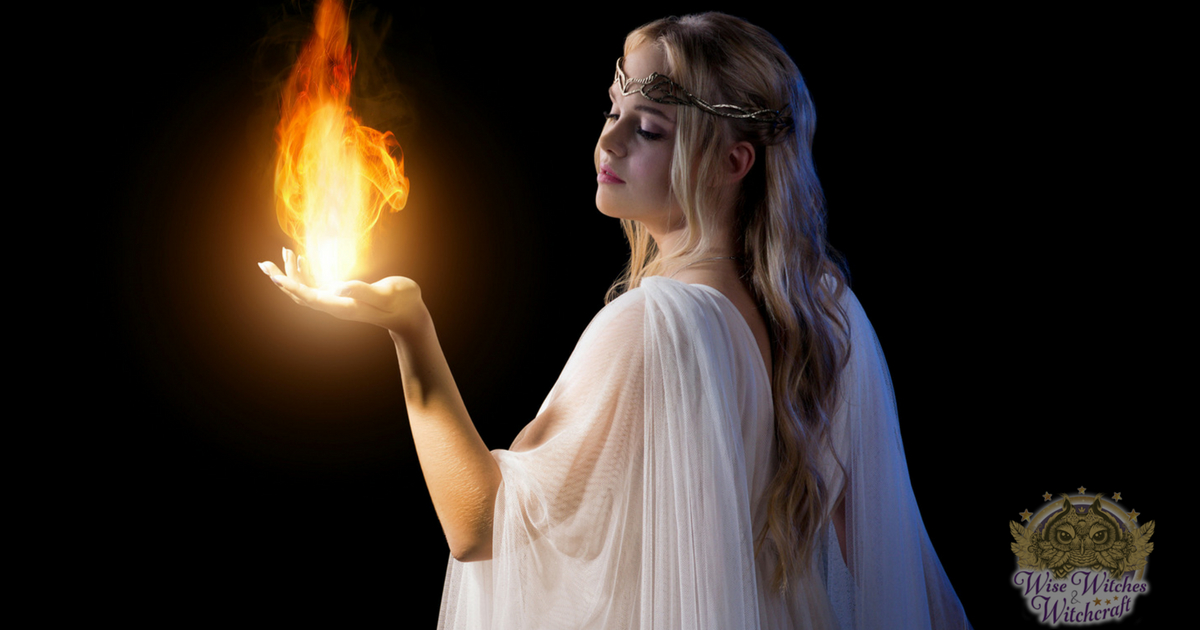 Fire is considered the most difficult element to work with simply because you can get burned (literally). The historical applications for the Fire element were numerous, including divination (pyromancy), encouraging love and luck, weather magick, and protection. Let’s take a brief glance at Fire thoughts from around the world:

Thanks to modern conveniences we have several forms of fire to consider: the stove, the hearth, candles, and lamps or flashlights. We realize these last two options are more metaphorical, but for those who live in small spaces using a flashlight can be a great alternative that’s safe. What else? How about:

The stovetop: works fine as a source for cooking up magick especially for the Kitchen Witch, while the oven can bake energy to perfection.
The Hearth: The fireplace can be used for scrying and spellcraft (typically the latter includes burning something so the smoke carries your wishes upward).
Candles: Create an ideal ambiance for meditation and other magickal workings, not to mention being a frequent component in candle magic and candle divination (readily available and cheap).
Lamps and flashlights: Are slow to warm up so you can dab them with aromatic oil to release energy into an area.

And finally, ashes can be added to power pouches and herbal blends when you want to add fires’ vibrations without actually adding fire.

While this article is but a brief review of the Elements of Earth, Air, Fire and Water remain aware that these are key energies to Witchy workings. As you gain more insight into each, you can write your notes in your Book of Shadowsfor future reference.

Expanded from “Witch’s Book of Wisdom,” by Patricia Telesco. All Rights Reserved. 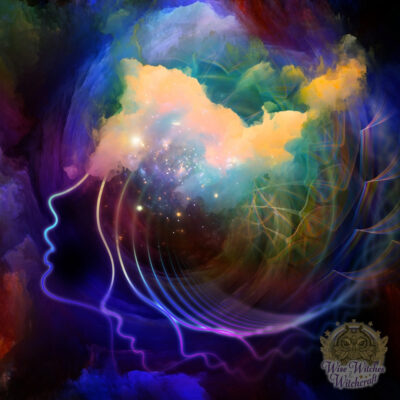 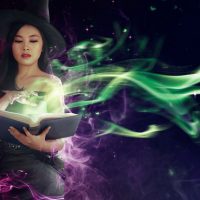 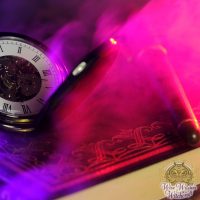 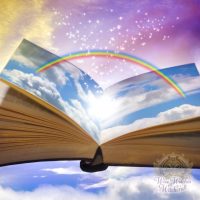 Researching & Organizing Your Book of Shadows