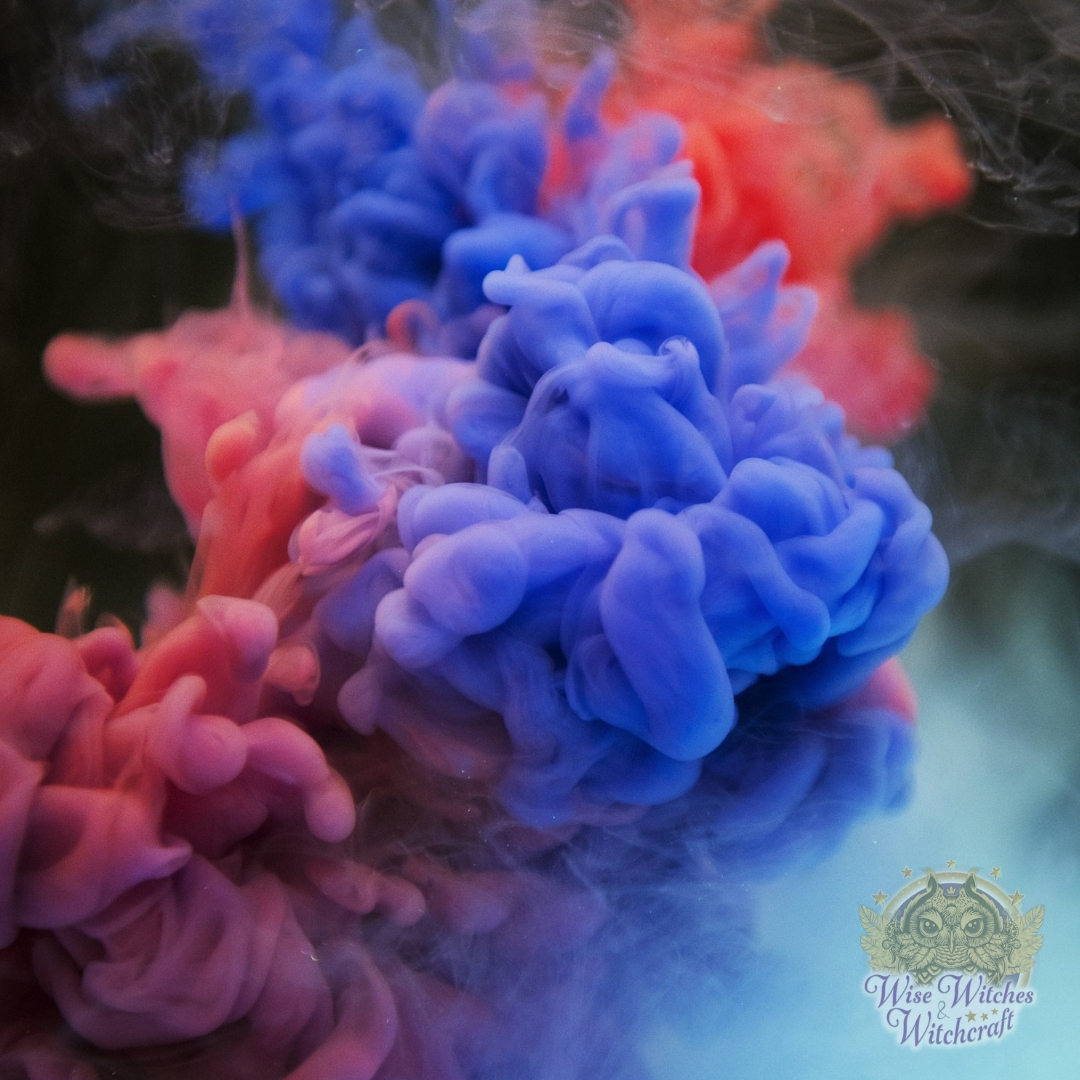 “A great wind is blowing, and that gives you either imagination or a headache.”
– Catherine The Great

Because we don’t see it, most people don’t think much about air. Nonetheless, Air is crucial to life itself. Without air, we, quite simply, perish.

Magical Meanings and Symbolism for Air 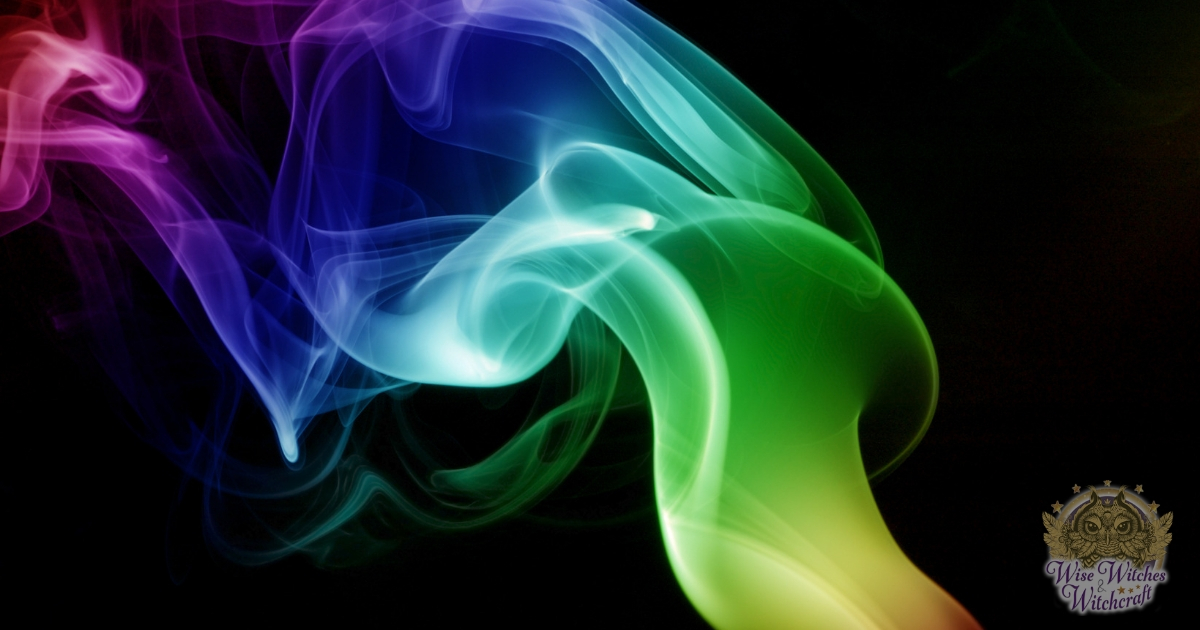 The basic magical associations for air are intelligence, our ability to communicate, movement, conscious awareness, creativity, knowledge, renewal and new beginnings. It also has a role to play in meditation (metered breathing) and in sound magic, since sound waves travel on vibrating air molecules. While it’s true that sound can move through other media like water, most humans experience directly through air.

We use sounds and air in magic every time we speak a spell, recite a charm, vocalize an affirmation, etc. We also use this combination when drumming to raise energy, singing communal mantras, saying prayers or playing magical music with a theme that mirrors your intent. Keep this in mind during your workings. All those sounds create energy ripples moving outward toward manifestation. 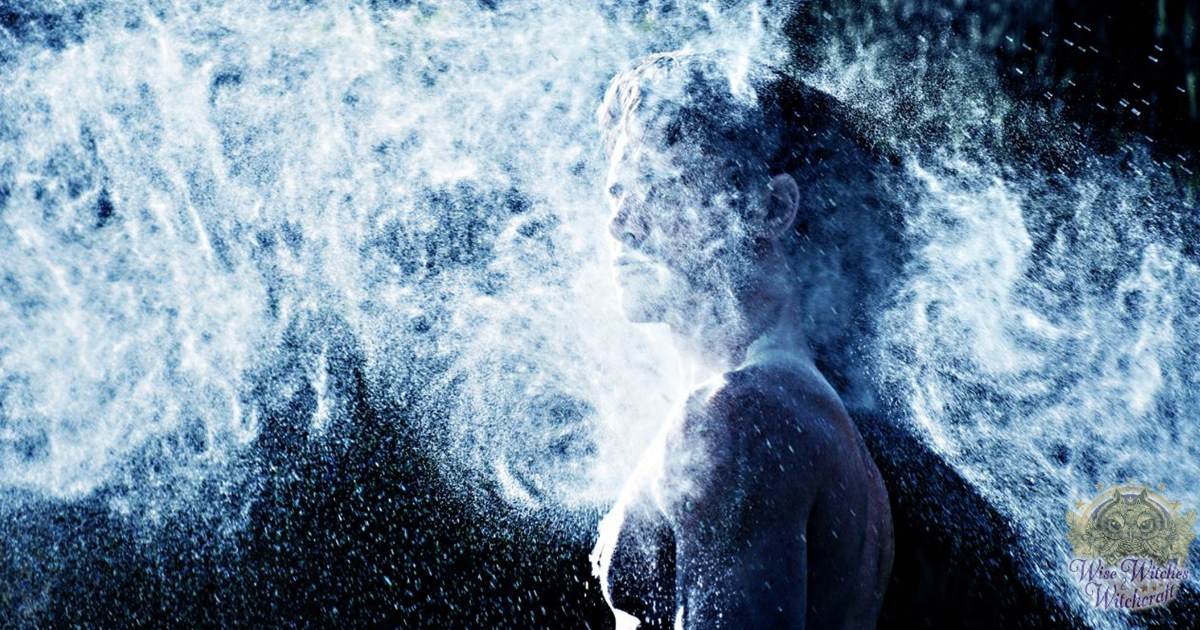 Air energy (specifically wind) into your various magickal modalities isn’t difficult. The beauty of wind is that it has defined direction. The area from which each gust flows, and where it moves toward, both have great symbolic significance. Since we already have correspondences for the cardinal directions, we can use those associations as a means of determining the energy of various winds and how they would affect our magic.

Let’s consider the four cardinal points and how each corresponds to unique air energies. First, the originating eastern wind is associated with inceptions, the mind, and communication. If the wind turns toward the North, it then begins moving into earth energy, providing foundations and growth. This makes such a wind ideal for written or verbal discussions requiring an even ground on which to begin.

While very generalized, this gives you some ideas for creative adaptation.

Air Magic in Philosophy and Religion 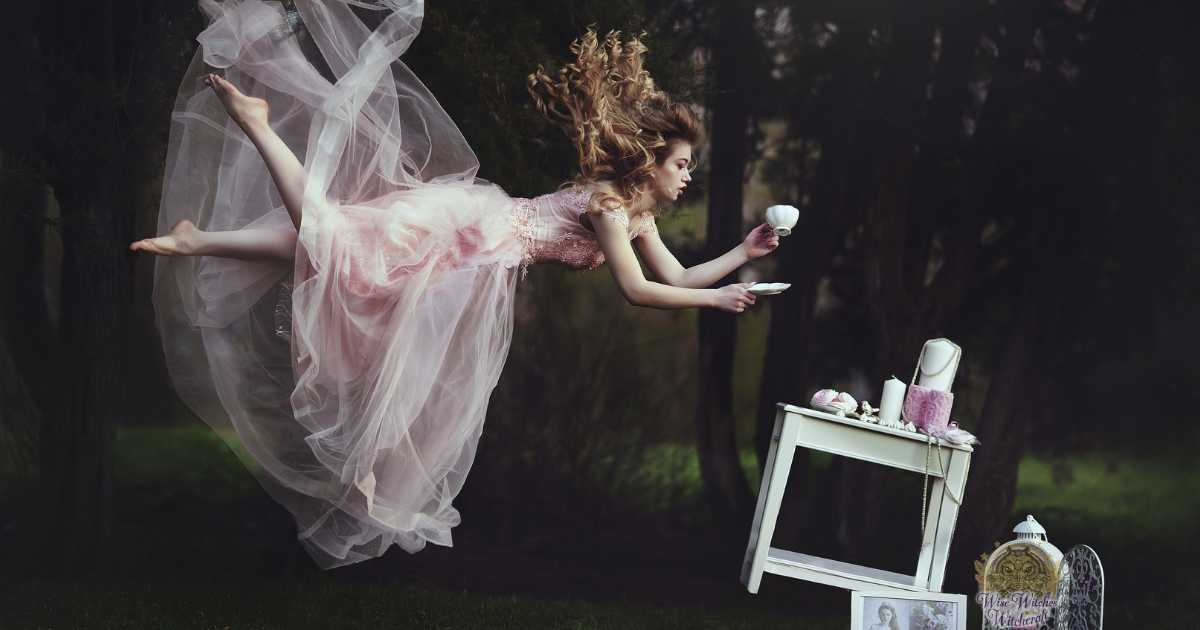 Greek philosophy and Western alchemical practices both feature Air as one of the four key elements in the world. The Greeks separated air into two designations, one for the lower atmosphere and the other for the upper. The upper air, aether, was tied to the soul and the human psyche. Aristotle wrote that Air is both hot and wet because it’s between fire and water in the elemental spheres of reality.

In the late 1800s, the Hermetic Order of the Golden Dawn integrated classical Greek elements into its practices, including Air. All four elements had spiritual beings associated with them. Raphael, for example, is the archangel of Air, while Air’s ruler is Aral. There are also the air elementals called sylphs, what we often call the fey. The Golden Dawn system of magic placed Air in the eastern quarter of the magic circle.

Western minds were not alone in pondering the element of Air and its significance.

Defining the Air Element for Magic 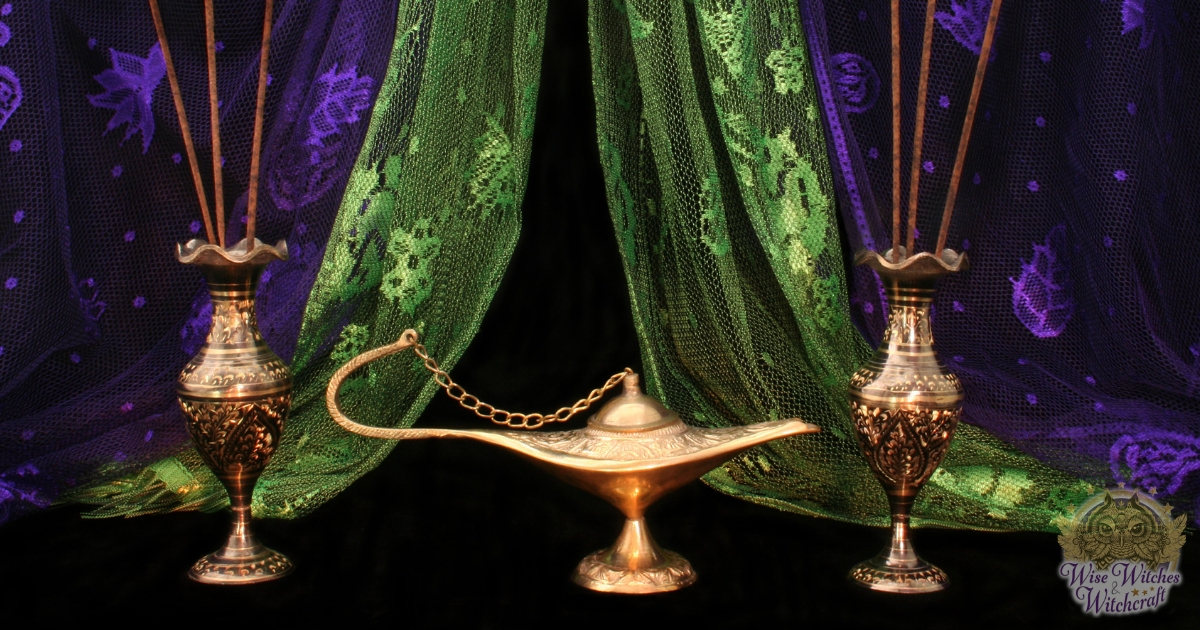 Magical practitioners list air alongside fire, earth, and water as the four main elements. Some traditions add a 5th – that of Spirit. In a ritual construct, all four elements come into play, creating balanced energy within the bounds of a sacred space. Both in and outside of sacred space, the Air element (or energies) can be called upon for assisting with any matters suited to Air’s characteristic energy signature.

The results of Air spells and rituals typically are not as long-lasting as those of Earth because wind “comes and goes.” A common application for Air in magic is that of fanning incense or smoke from a sacred fire over a magical tool (you can use your hand, a feather or even an electric fan if you wish).

For the altar, items that can represent the Air element include: 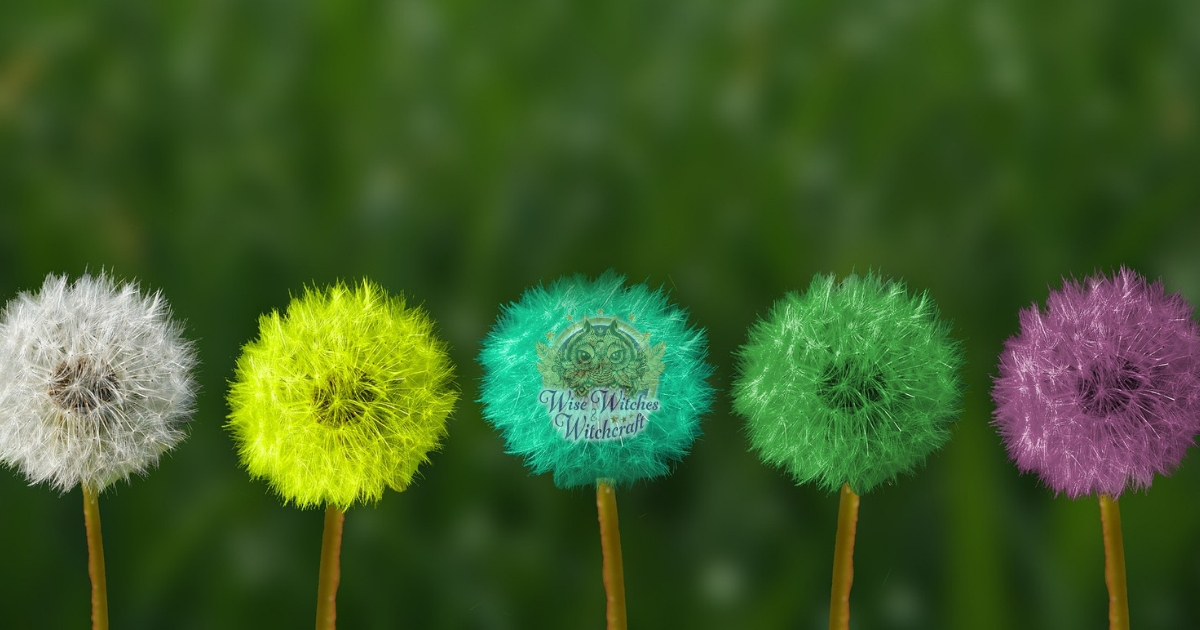 Animals: All winged creatures such as the owl, hawk, hummingbird, bee, bat, butterfly. 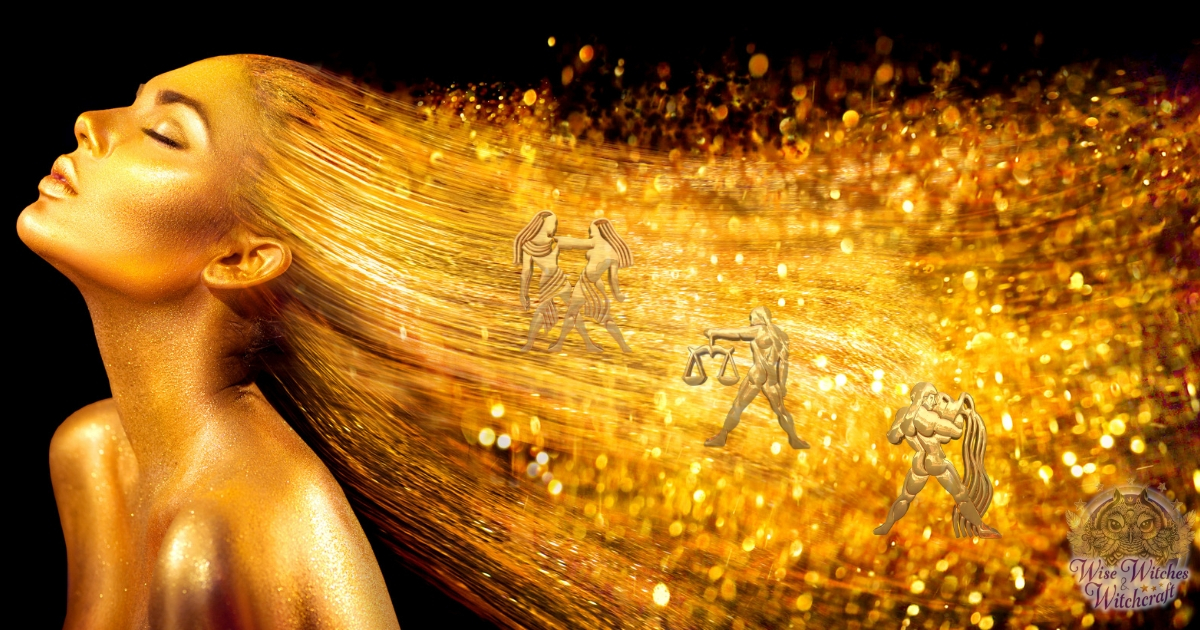 Jupiter and Mercury are Air planets. Regarding Zodiac Birth Signs, Libra, Aquarius and Gemini tie to the Air element. All of these signs are characterized by action, thought, and changeableness. Just like the wind, you never know when they’ll show up or what mood they’re in!

Air Symbolism in the Tarot 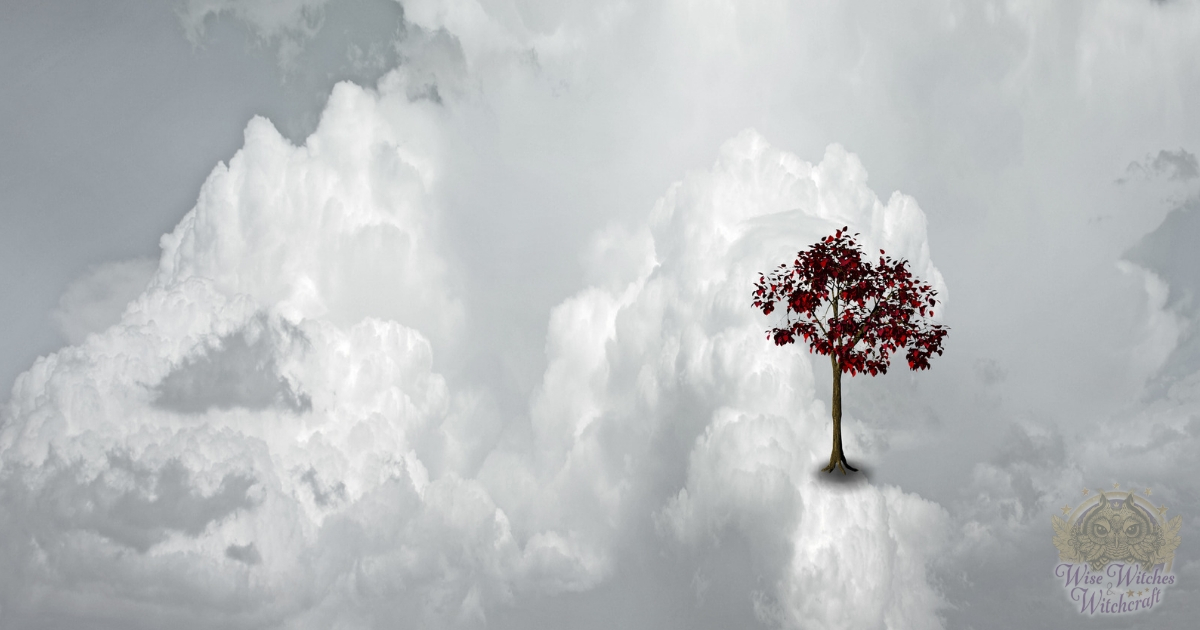 In the Tarot, the Suit of Swords represents the Air element. This suit focuses on what actions (or inactions) we need to take. It also reveals matters of courage, transition, personal power, struggles, battles (even those within ourselves) and aspirations. In the Higher Arcana Air plays a roll in five cards:

Numerology and the Air Element 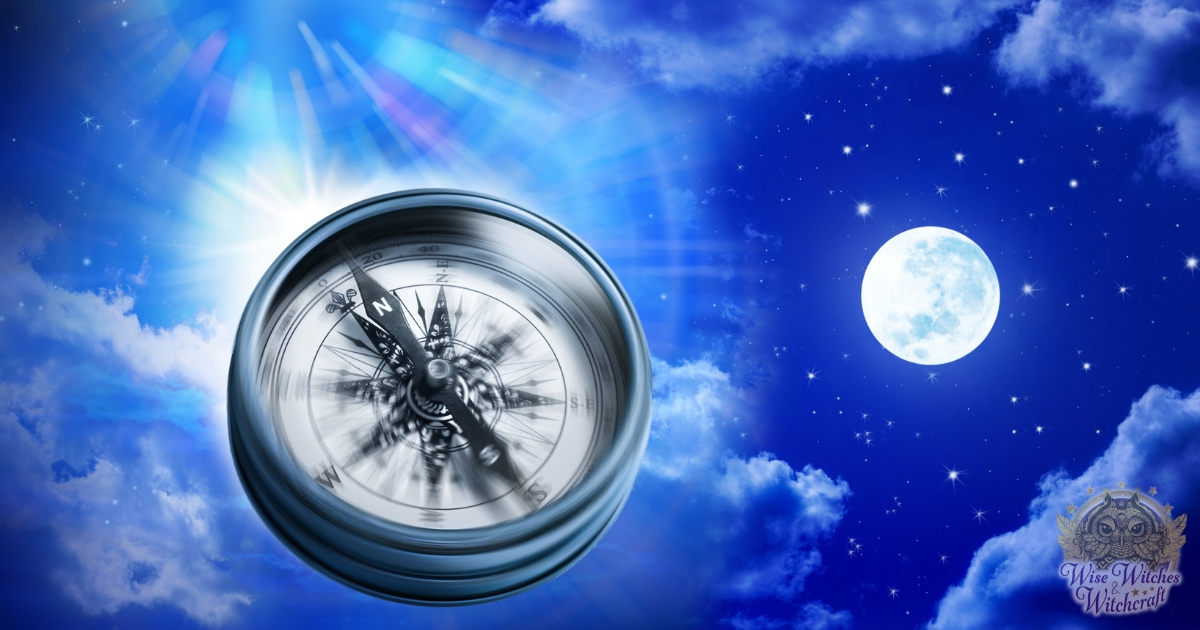 The Air Element appears in Numerology in several aspects:

1 – The individual mind and will.
5 – Freedom, flexibility, and movement.
8 – Transformation.
11 – Dynamic energy.

Types of Air for Magic 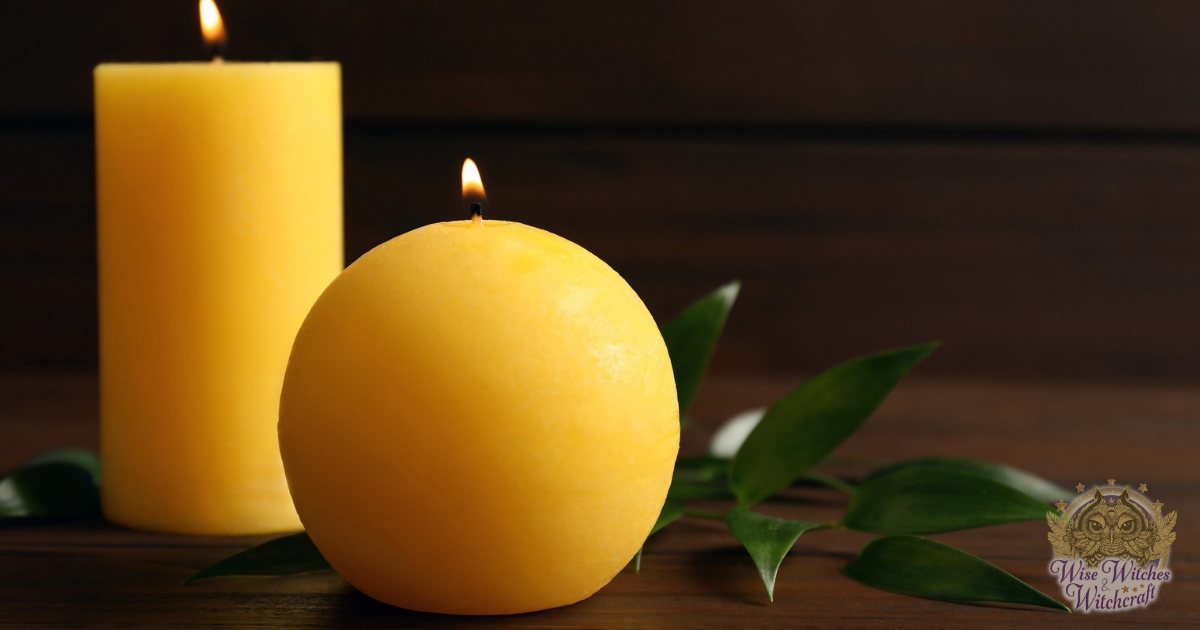 The winds have many forms, each of which can energize your magical endeavor differently:

Calm: A calm wind has healing properties, particularly when dealing with stress and anxiety. Try meditating outside when the wind is like this to settle your soul.
Cold: A cold wind has more than one symbolic application. The cold can be “bracing” and wake you up mentally. Alternatively cold can slow some things down, or help with getting someone to “chill out.”
Crosswind: Think of a crosswind as a crossroad. It’s going in a completely different direction than you so it can be a force for change.
Damp: Damp winds can be nourishing (bringing rain). They may also create uncomfortable humidity – what do you want to “sweat out”?
Dry: Dry air represents cut-n-dry issues in your life (or those that should be so).
Gust: A gust is a short burst. This can give magic a kick-start. Or possibly use this to “blow away” what troubles you.
Gale: Gales are sudden sustained winds that can whip things up (be aware, however, that these are notoriously capricious).
Stormy: Stormy winds bring inclement weather and therefore might work best in banishing magic.
Tail Wind: A wind moving from behind you. These were the best winds for sailing as they made things easier. When you want positive change, put your back to the wind and release a spell so it moves you forward.
Warm: Warm, gentle winds speak of matters of the heart, comfort, and kindness. Send good vibes someone’s way on a warm wind.

On Being an Air Witch 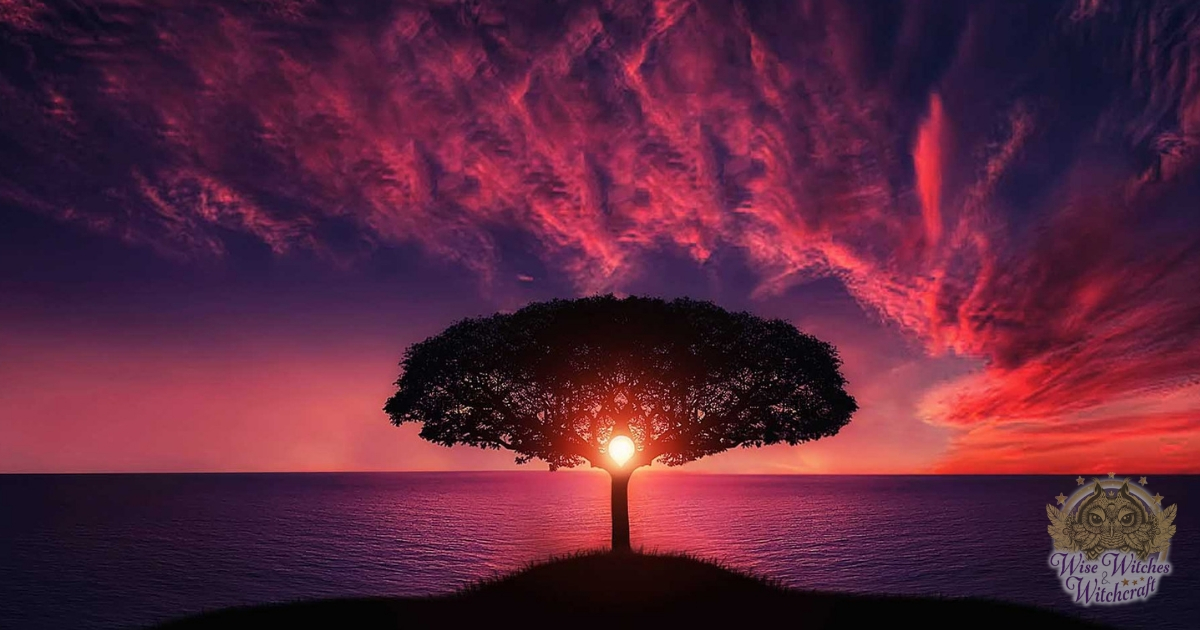 Air Magic is another school in metaphysics in which a person makes the Air Element the focus of everything he or she does. Air Witches are very inspiring individuals if you can get them to sit still long enough for a conversation. Like the wind, the Air Witch is about action, not thumb-twiddling.

Each wind comes but once. If you have a friend who is an Air Witch, realize this is a one-time chance. Don’t blow it. Once you break faith with an Air Witch, they just move forward on the next fateful wind.

Air is a Masculine Element. With this in mind, it’s not surprising that Air Witches are tough an Air Witch will have no problem showing you their true mettle. She can maintain her focus and determination, seeing through any challenge to the end. The Air Witch has no patience for manipulation (have you ever tried to move the wind?). They do, however, have a keen eye for what’s right and just. Some of the magical themes common to Air Witches include:

Many Air Witches are born with the ability to see ghosts and various alternative dimensions, including past lives. They’re also very adept diviners. No matter his chosen approach, you can bet it will be unconventional.

One of the struggles for Air Witches is their ultimate independence. It’s hard for an Air Witch to take criticism from others (they’re hard enough on themselves), but at least knows how to laugh at herself and life’s quirks. Air Witches are social creatures usually with a happy demeanor but can get jittery too, mainly when strong winds blow. 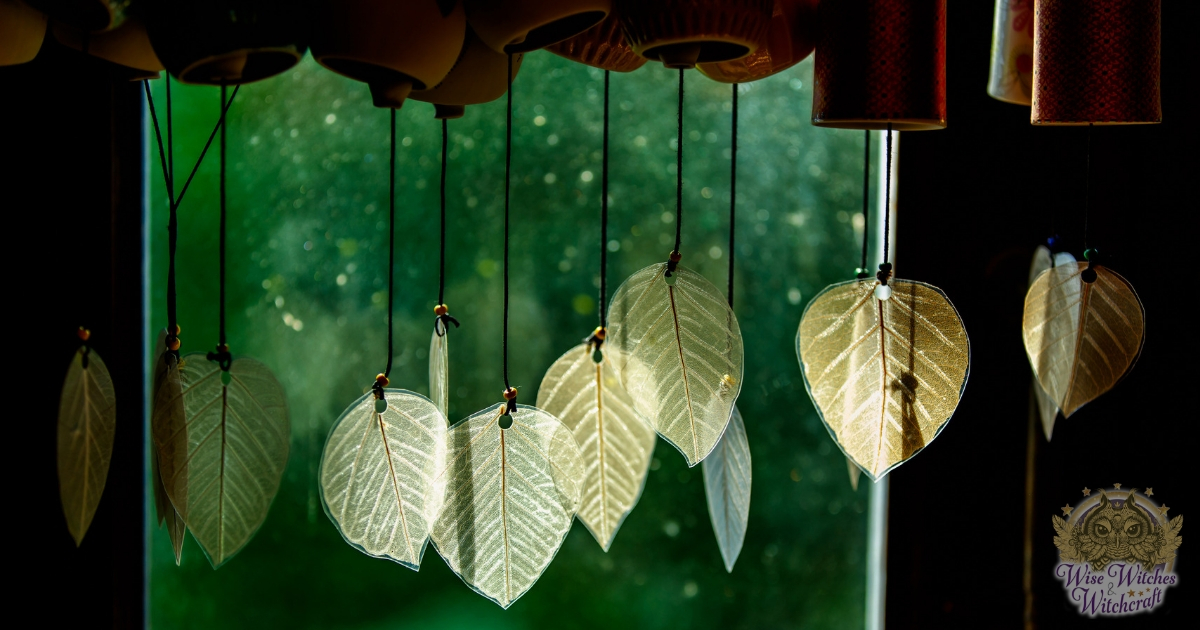 Like the other elements, Air, in various, forms appears in magic spells, rituals and divination efforts. For specific workings, the type of magic mirrors those goals that the Air Element empowers.

Aeromancy is the term for observing air omens and signs. This divination method includes observing clouds (color, direction, shape), changes in the wind and observing the way air moves the smoke from a sacred fire. How can you use Air divination?

One way is by paying attention to the direction and sound of the wind. Winds arriving from the East and South are a positive sign of good things, sometimes news. If the wind is low and sweet, that message is even better. However, fierce winds are … well, angry! They act as a warning of some sort.

Cloud movement, color, and patterns is also a very easy art – and one you probably did as a child without realizing it. Did you ever lay on the grass and watch for pictures in the clouds? Well, the ancients did this too, only they attached specific interpretations to those clouds. For example, seeing an angel means you have some type of spiritual helper overseeing things. Seeing a dragon talks about personal power and success on the horizon. An airplane portends a trip (by air), and a horse represents your personal desire for freedom. A lot of the shape interpretations for clouds are like those in tea leaf reading.

Similarly you can apply basic scrying interpretations to the movement and colors for clouds. Those moving up and to the right mean good fortune or “yes” and those moving down or to the left mean “no” or a bad turn of fate. A red cloud can be a warning of anger or an argument. Yellow clouds are creative and inspiring. Pale blue clouds bring hope, etc. 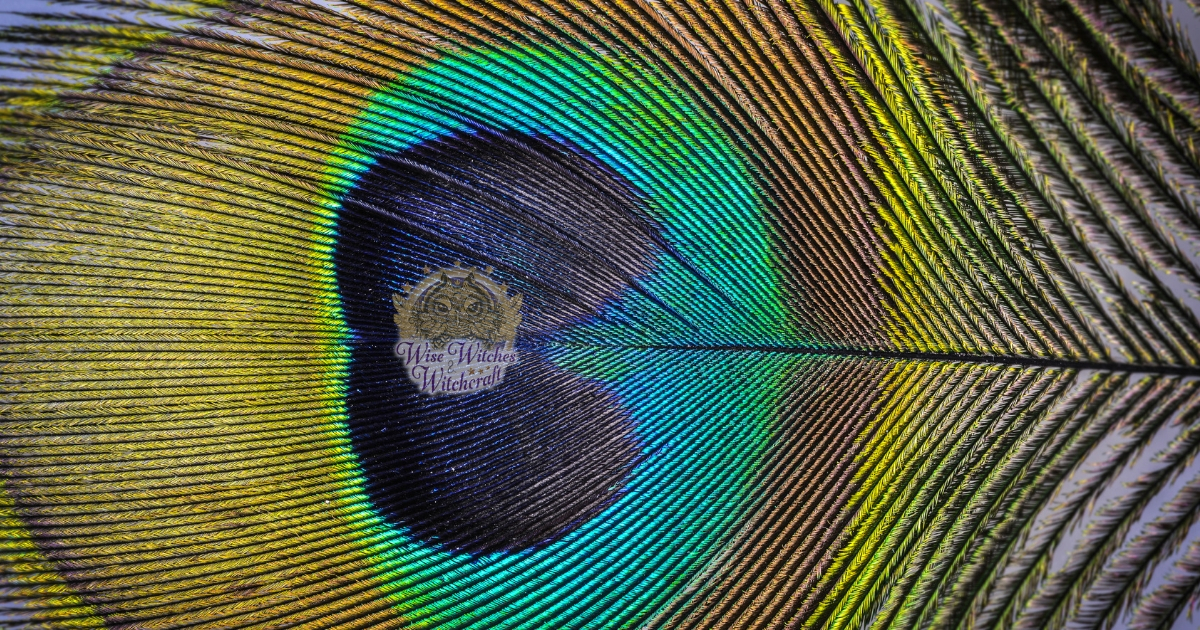 Because Air has a lot of creative energy, it’s one that you can use to help you with a personal artistic endeavor (especially ones that seem to be stuck).

For this spell gather a handful of lavender flowers (fresh or dry). Go outside on a day when there is a warm breeze. Hold them tightly in your left hand (creativity) and speak an incantation like:

To the winds, from my heart
bless now my sacred art
Winds bring freshness, winds fan the spark
Energize my sacred art.

Release these to the air by sprinkling them clockwise around you in a circle.

Adapted from the “Witch’s Book of Wisdom” and “Spinning Spells Weaving Wonders,” by Patricia Telesco. All rights reserved.