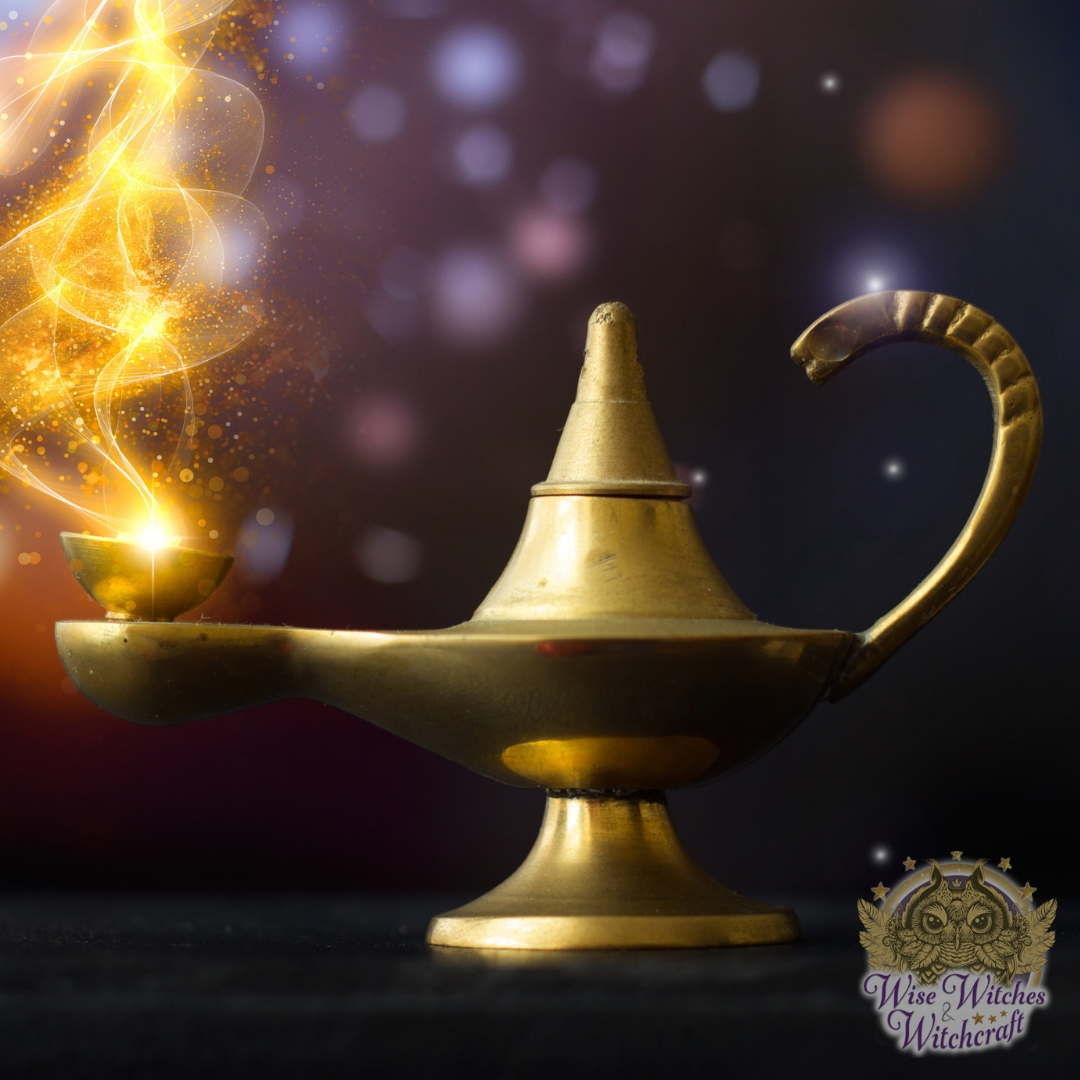 “You must go after your wish. As soon as you start to pursue a dream, your life wakes up, and everything has meaning.”
– Barbara Sher

Wishing on stars, coins tossed in a well, blowing out candles on our birthday cake – we’ve enjoyed these activities since our youth. While the reasons for such actions are all but forgotten, we engage in them just the same. Why are these seemingly illogical superstitions and folkways still significant in our modern, sensible lives? The answer to that question is relatively simple: everyone has hopes and dreams. Wishing gives us all a very approachable way to express those aspirations privately or publicly, with little fuss!

Why Do We Wish? 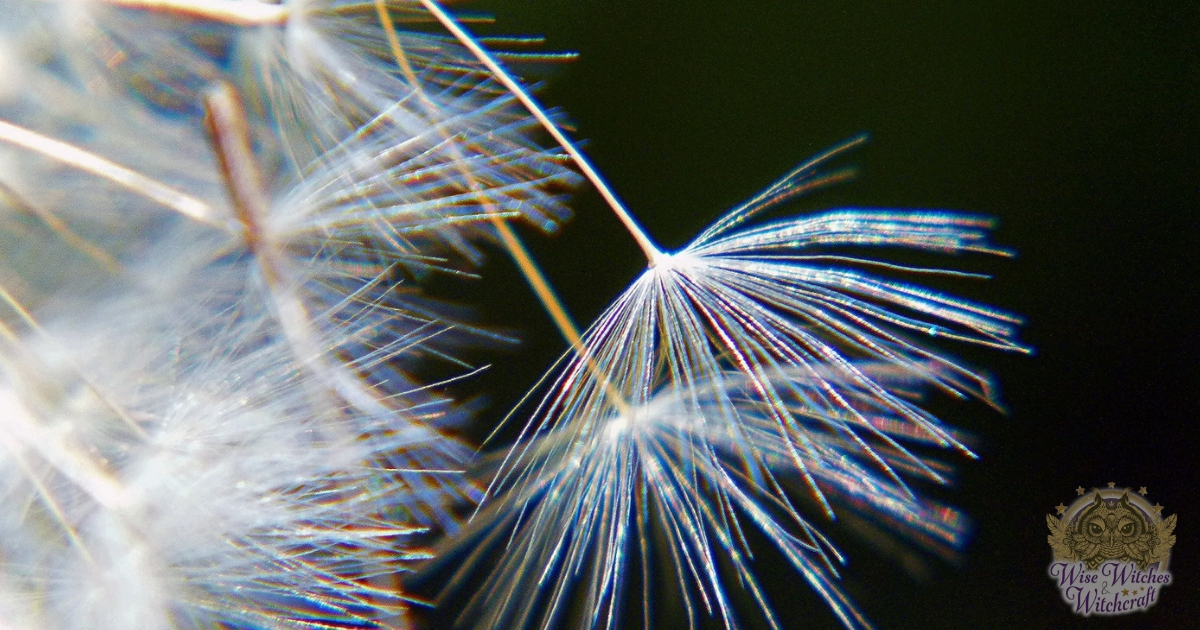 It’s natural to want a better future filled with health, joy, and contentment. A wish is the affirmation of those desires and an appeal to the Universe for intervention. For example, one person may wish on the first star that appears because they’re seeking a mate. At that moment, they trust in the same powers of the universe as did our ancestors hundreds and thousands of years ago, and join into that tradition. In fact, wishing on stars begins eons ago with Goddess Ishtar (the Assyro-Babylonian Goddess of love and marriage), who later became known as Venus. Wishing on the first star was a kind of invocation or prayer to Her. While our modern day wisher might not know about this historical, spiritual, and magickal connection, this history is part of what empowers WishCraft, along with its familiarity.

Consider for a moment, have you ever:

If the answer was yes, then why? Actions like these imply a conscious or subconscious acceptance of old folk wisdom and wives tales. Every reenactment of such beliefs gives it greater potency in the Collective Unconscious. The act of wishing then provides intention and direction to that lingering energy.

The history of WishCraft has become clouded by time. Perhaps this is because our ancestors thought little of the action or thought. It was simply natural. Since these people were animistic by nature, it made perfect sense to give the well spirit a token when asking for favor.

While the form and purpose of wishing may change over time, the symbolism and magical energy remain in some form. Consider that the ancient Pagans trusted in the power of the living force within a tree or that of a God associated with that tree when making a wish. Over time, that somehow translated into the common action of knocking on wood for luck. The energy of that tree is there (in a way) because we continue a tradition. Like our ancestors, it’s doubtful most people even think twice when knocking on wood.

Plotinus in the Enneads explained that magic and prayer work through sympathetic bonds. These bonds link everything to the entire network of creation. This idea applies to our spells as well, and specifically to WishCraft.

What Exactly is Wishing? 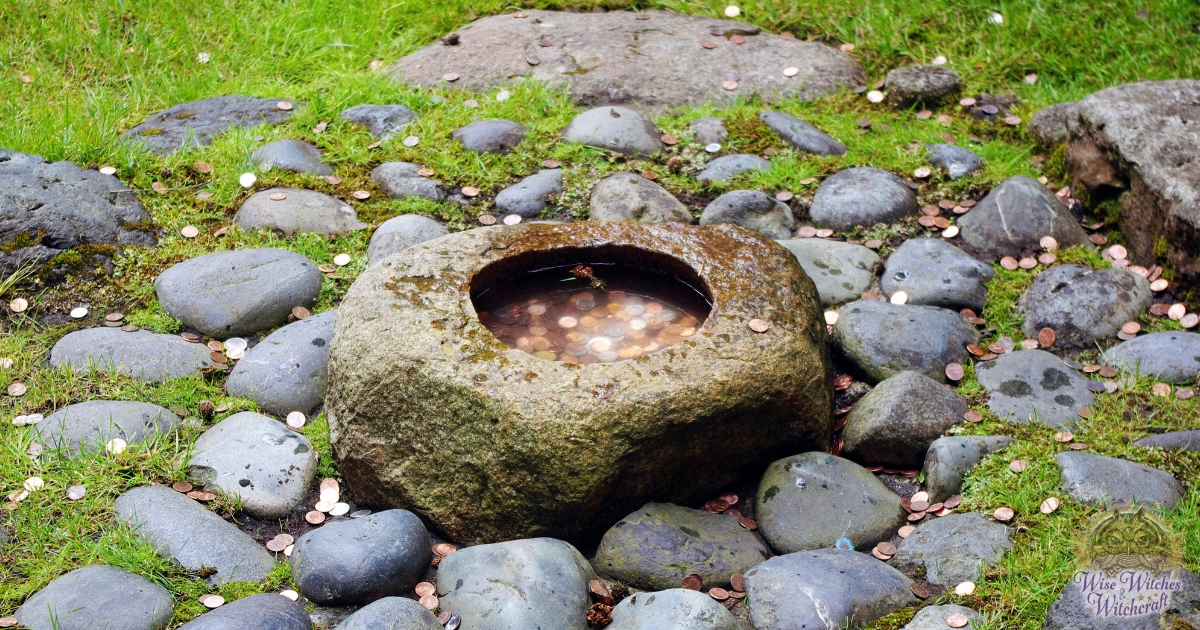 By definition, wishes express our desires for something that isn’t readily attainable. It is, in fact, a type of invocation, incantation or spell. What’s interesting is realizing how often we wish without even realizing it. When was the last time you said things like:

I wish this day would just be over with already;
I wish this weather would clear up;
I wish my hair wasn’t so frizzy. (urgh!)

Now, these are wishes in their own right, just not overly focused ones. They’re more like a stray thought with a little spark behind it. That’s where our will comes into the picture.

Wishing as an Act of Will

Wishing is an incredibly familiar and “user-friendly” form of magick. A wish is an expression of will, and when you add ritual or spellcraft as a substructure to that will, it works wonders! Wishing gives our aspirations some tangible expression and supports our hopes with magickal action.

Wishes are also very important psychologically; they give us that proverbial brass ring for which to reach. And, even when we cannot see what steps are necessary to achieve those goals WishCraft fills the gap. It gives us the tools and symbols by which to pattern our magick, phrase our wishes, and direct the resulting energy in successful, meaningful ways.

The Role of Hope in Wishcraft

In WishCraft magick is not simply driven by will, but also by hope, which is a very powerful helpmate, indeed. Thus the first step in wishing is knowing exactly for what we hope, then finding a way to pattern our magick so that it reflects that hope. Perhaps even more importantly, our wishes must be driven by self-confidence and assurance.

If we think that any goal is unobtainable or foolish, then we renounce the power of wishing. WishCraft can revolutionize anyone’s life, but we have to believe our dreams are worthwhile, that we are worthwhile. Potential surrounds us every day: dare to dream! Use Wishcraft as a way of moving those dreams toward manifestation.

The Fundamentals of WishCraft in Paganism and Wicca 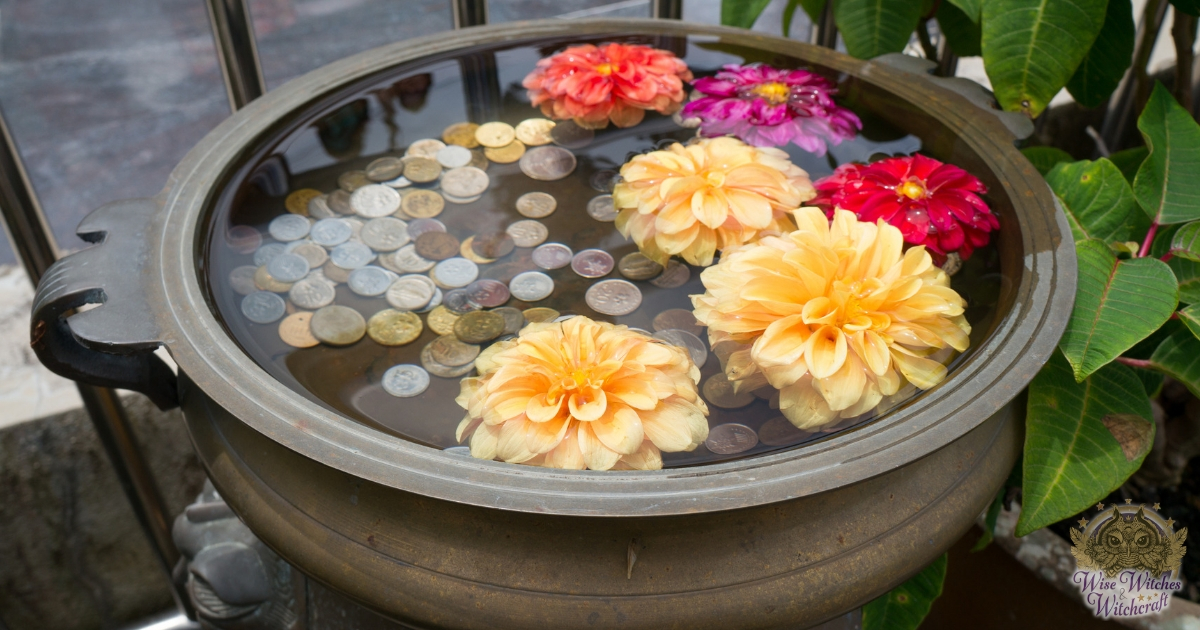 The metaphysical community as a whole is well-versed in things like charms and amulets – what is sometimes called “low magic.” Do not be fooled by that term. Low magic was that of common people who used what they found in nature like sacred stones. Low magic was that of the village wise woman or herbalist. Low magic is simple, and WishCraft certainly falls into this category, but that doesn’t make potential results any less powerful.

What to Expect from WishCraft

Have you ever heard the phrase, “Be careful what you wish for, you just might get it?” This aphorism is foundational to understanding and using WishCraft effectively. Humans have a tendency to envision their hopes and dreams fulfilled in idyllic form. The reality, however, can be something wholly different. Additionally, there are some wishes we have that really aren’t good for us.

Consider the thought of love complete with the happily ever after ending. Real life, for most, simply doesn’t work like that. Humans are flawed creatures, meaning relationships are bound to have flaws too. So if a person makes a wish for true love, and their partner comes with a few proverbial warts, it may seem disappointing. But it’s really not. It’s simply the way of things.

So in designing and using wishes, be realistic. Like all other forms of magic, WishCraft won’t fix all the bumps and trials you face in life. It won’t suddenly produce fame or a pile of money on your doorstep. Instead, wishing does something very important and powerful – it puts a new fire under those goals that you set aside or forgot altogether.

A great example of word power comes to us from Japan. Samurais used the kiai, or shout of power before going into battle. Besides shocking the heck out of opponents there was a purpose to this word or phrase. It directed the warrior’s strength and energy inward, preparing him for what was to come.

We know the power of words: we see it every day. When you compliment someone it’s helpful and healing. When people gossip, it’s harmful. Words can, and do, have long-term effects.

Zolar once said that the power to make and change the mind dwells within. The problem for many people is that we don’t believe we truly have that power. Since thoughts manifest words, and words manifest the intent behind those thoughts, it’s easy to see how trusting our magic and carefully designing our verbal components for WishCraft matters greatly. 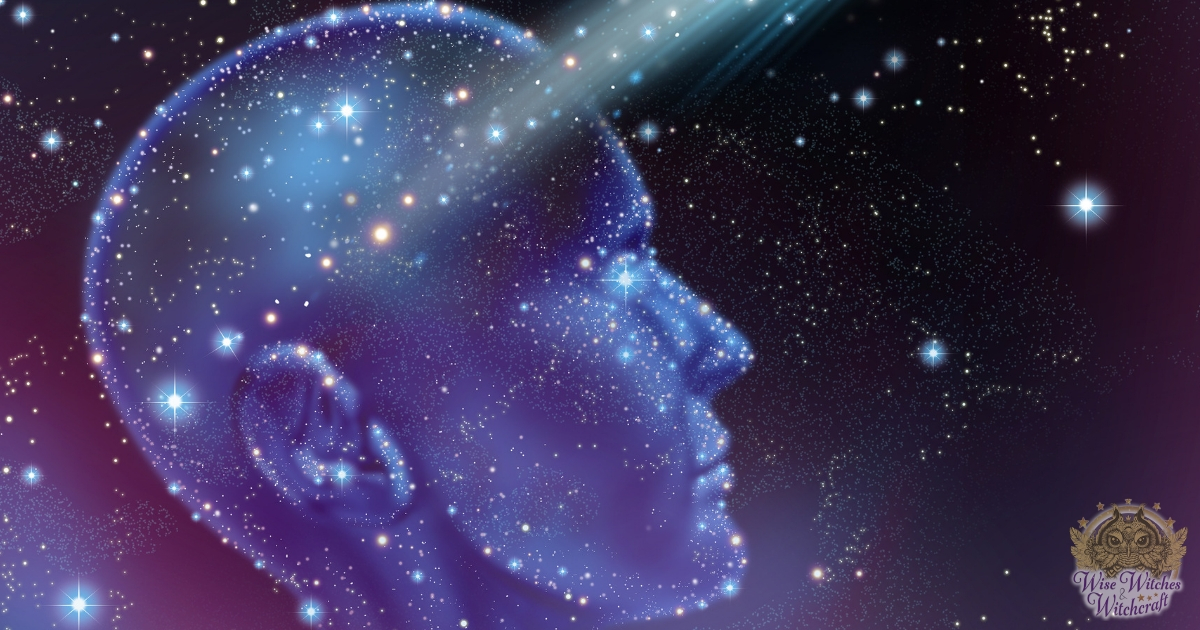 In the old days, if you wanted water, you took your bucket to the well and filled it. In magic, the bucket is your mind and spirit, and that water is supportive energy. But first, you have to be willing to go to the well! With this in mind, let’s take a look at steps for designing, casting and releasing your wishes toward specific goals.

An architect needs plans to lay out a building just right. In magic, defining your goal equates to that blueprint. It is not simply enough to wish for happiness. Instead, ask yourself what will TRULY make you happy.

Sometimes writing out your intention helps. Ask yourself the basic W’s of who, what and why. Just write what you feel. Now, re-read that and find the nucleus of your wish. This is the kernel around which all other aspects of your wish magic revolve.

Let’s use the example of a woman wishing for fertility. Without designating what type of fertility she might end up with the most marvelous garden anywhere. Precision matters.

While it is true that WishCraft can take the form of a simple verbal charm, many people find it helpful to have a symbol on which to focus. Using our previous example, our practitioner might use a small carving of the pregnant Goddess. Not only does that symbol represent fertility, but it defines the TYPE of fertility.

No matter what, if you are using a focus for your wish, it should represent your goal.

Tip: if you are using a historical wishing method, the symbol required is probably already assigned.

Unless this focus is something you’ve made yourself, it’s likely to have residual energy sticking to it. You want a blank slate for your WishCraft. There are a variety of means for clearing a magical tool before you cast your spell. These include (when practicable):

Once you are done, this tool is ready for your working. 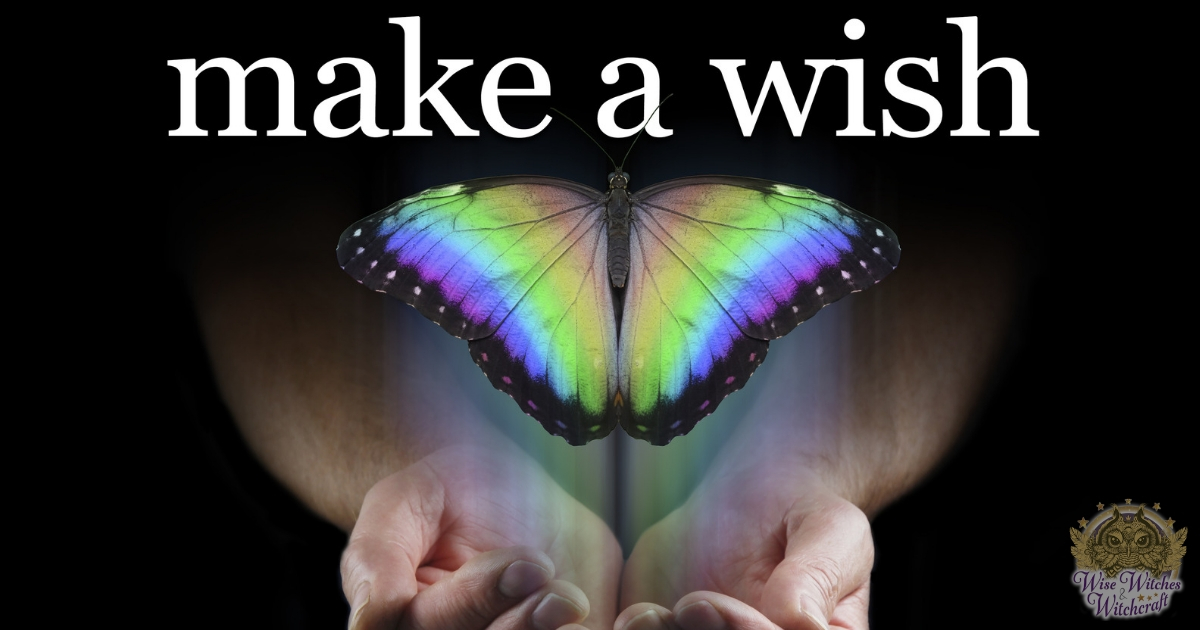 By nature, Wishcraft is supposed to be rather uncluttered. Nonetheless, you can add various other magical methods to your wish that support the overall goal. These include:

Timing: When is the most favorable time for making your wish (moon phase, time of day, season, holiday, etc.)? You can use the same correspondences as you would any spell.

Word Power: Add a word or meaningful phrase to this process. You can use this word or phrase anytime hereafter for strengthening your wish.

Sacred Space: Creating sacred space keeps your carefully prepared energy in a protective “bubble” until you are ready to release it.

Sensual Cues: Using your five senses can clarify your wish (seeing a photograph, tasting a meaningful morsel, smelling cologne or incense, hearing music, touching a piece of cloth with a specific texture, etc.)

Meditation and Visualization: Meditation stills your mind so you can really key in on the wish. In visualization you can see in your minds’ eye as a fait accompli (finished fact).

Casting and Releasing your Magical Wish 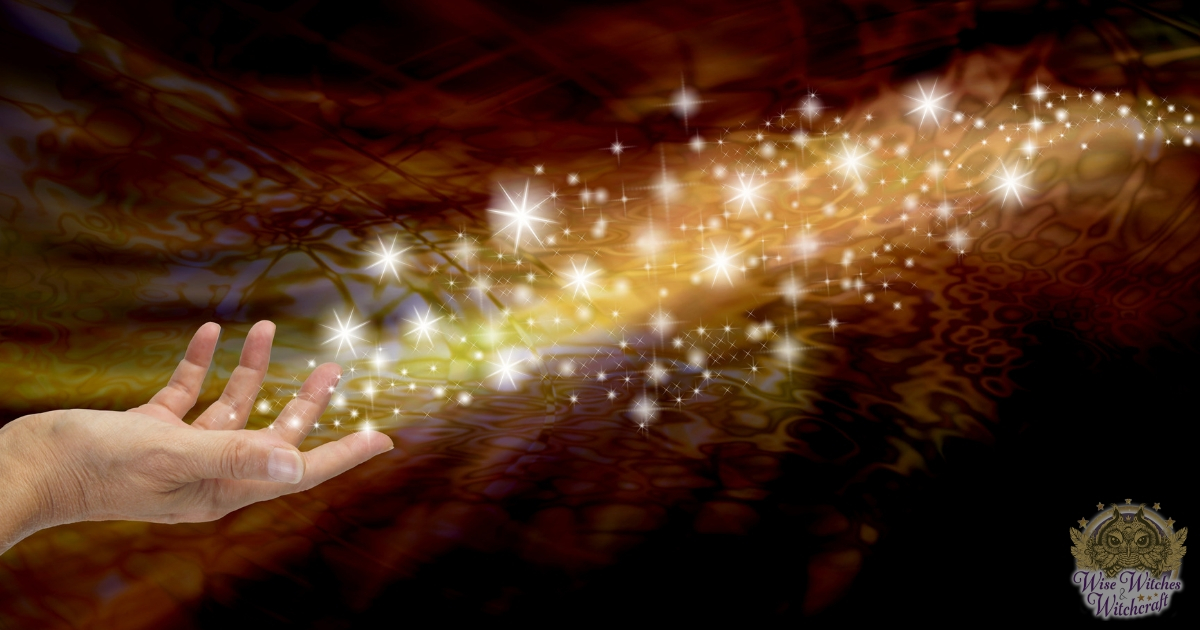 Gather your components, work at the chosen time and put yourself in the right mind. Don’t make a wish when you’re angry or sick. You want a positive, assured focus. Even if it’s something as simple as taking a sacred stone to living water and dropping it in with your wish, stop… breath… draw on your will. Now release that energy!

For all your efforts, WishCraft does little good if you don’t release it. It’s like a bow and arrow. You can pull back the arrow, have a perfect aim, but until you release it that arrow never hits its mark.

If you feel anxious about your wish process or feel like the energy has dispelled without manifestation in some way, it is perfectly ok to repeat it. Or, try another approach. The first time you bake a cake it doesn’t always come out right. Even experienced cooks have “off” days. That holds true with WishCraft.

Finally, it’s time to become a physical partner in your magical wish. Make honest efforts toward putting foundations under your intention. Take that first, brave step, and then follow with the next and next until you reach your goal.

Adapted from “Wishing Well,” by Patricia Telesco. All rights reserved.