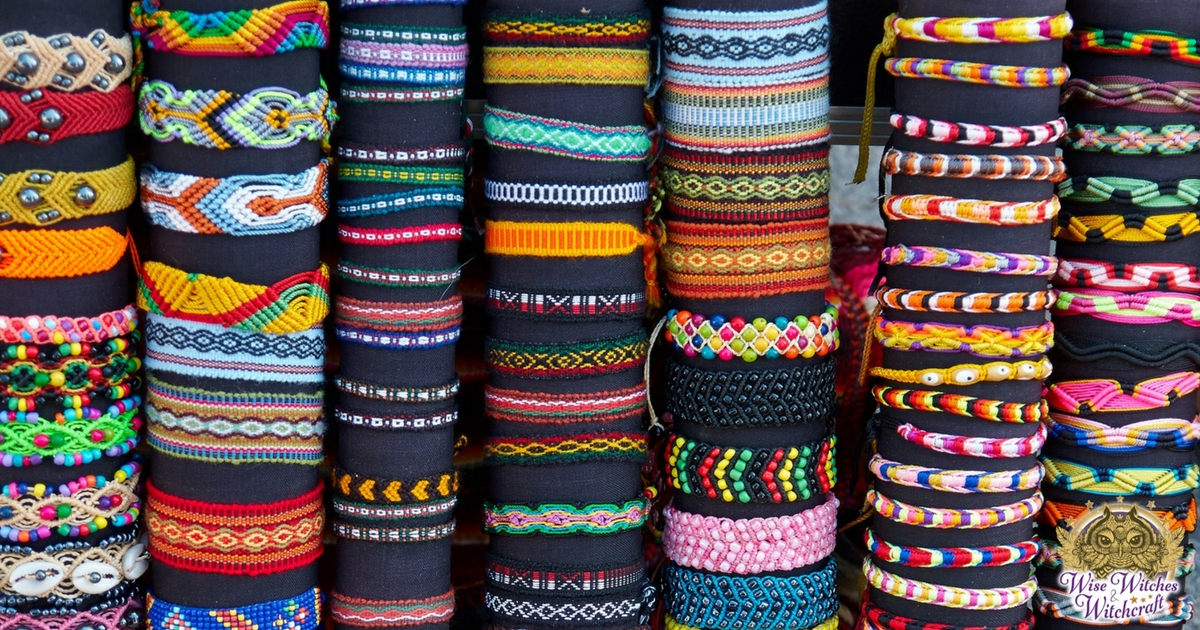 “We learn the rope of life by untying its knots.”
– Jean Toomer

Historically speaking knots were used for a wide variety of mundane and magickal functions. Historians like Herodotus (400 B.C.E.) used them as a way of memorizing specific chronicles. People also used them to mark time for travel, to count the days between important festivals, and to follow lunar observances for various rituals. The Hebrews even went so far as to make knots into an alphabet and writing system. 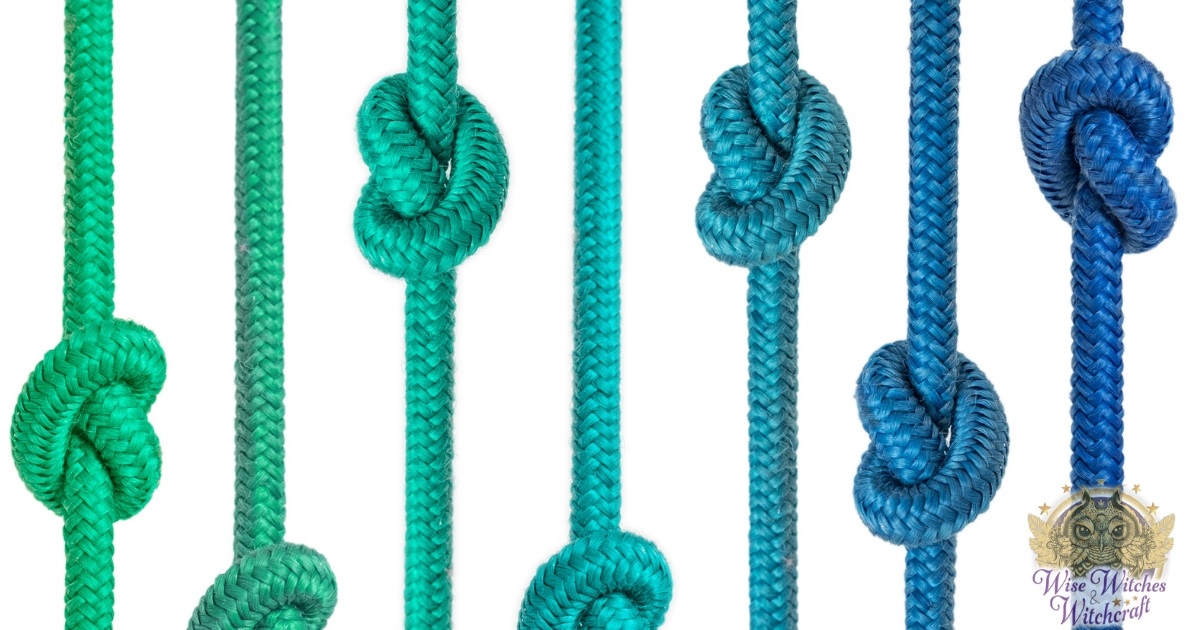 For our purposes knot magick’s power lies in its strong symbolic value. Spellbooks repeatedly show how a knot bound disease and spirit or when loosened conjured up a specific type of weather. To the basic process of tying or releasing the mage used other common tools. These include numerology, color associations, and incantations as a means of directing their energy.

Now, since modern folks have ample access to string, yarn, laces, ribbons, scarves, and other items that can easily be tied, knot magick becomes a wonderfully accessible method. Here’s a brief list of historical applications for knot magick:

It’s no coincidence that the word magician in Russian means “knot tier” just as it does in Hebrew. Similarly, in Aramaic texts, the word qami’a (meaning knot) became the word for amulet. In Indonesia people still call the process of making charms “knot tying.”

Since amulets are considered protective, the Witch created a knot or series of knots (the number being symbolic) for fighting off sickness, protect well-being, keep soldiers from getting wounded, or promote children’s safety. Wearing them was the best way for using the magic.

Take any piece of green cloth and tie it in four knots saying:

You can keep this amulet in a bank lockbox or other location that represents the safety of your money. 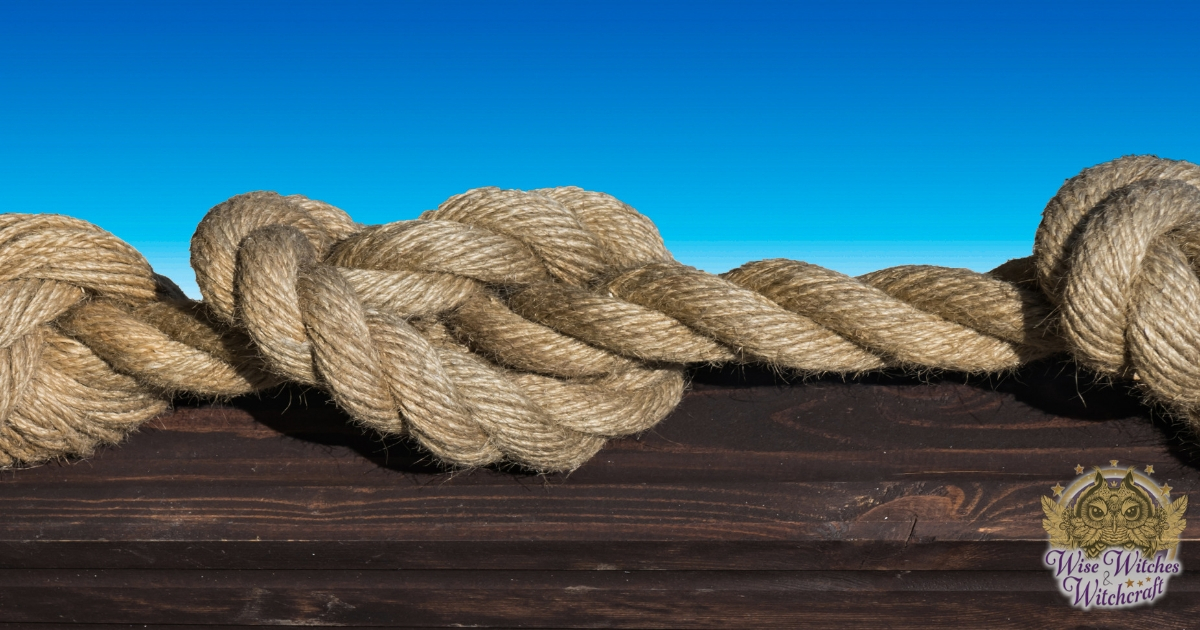 Babylonians and Rumanians alike used knots as a curative. Typically, cords with the appropriate number of knots were created (this depended on the sickness), and laid upon the problematic area for a set number of days . Afterward, the knot was ritually destroyed (burning out the sickness, tied to a tree [disease transference]), or tossed in running water moving away from the patient to overcome or move away the illness.

Wellness Ward:
For this spell, you’ll need a length of red cord enough so you can tie five knots in it. You also need some peppermint oil or tea. Sprinkle the mint on to each knot after you tie it saying:

Sickness cannot come my way, only health and wholeness stay
With these knots I bid myself sound; in these knots my magic bound.

If you feel something coming on, you can undo one knot. With more severe conditions you can release 2-3 knots. Never undo the last one, however. That’s the “seed” knot that you’ll use to recharge your cord.

Australian midwives loosened a knotted willow branch to help release the milk flow of a newly nursing mother. In many other areas of the world, it’s customary for the midwife and her attendants to open doors, windows, buttons, and anything knotted to open the birth canal.

For this spell, you need an item that’s already knotted at least once. If it’s blue, that’s best because blue represents freedom. We are going to use the Australian model for creating a simple invocation that releases you from something vexing.

Hold the knot. Visualize the problem or issue from which you want deliverance. When that’s firmly in your mind untie the knot saying:

Protective knots: We find these in many places, but in Assyria, one is specifically instructed to use white wool tied to the bed and black wool neatly wound around the left hand to be well guarded against spells.

Follow the Assyrian idea finding black and white strands of a natural fiber. To that add another colored strand that represents you. Note: cut your length of yarn long enough so it can go around your wrist with room to spare when completed.

Braid the three strands together visualizing white light filling the cord. Tie one knot in the middle saying:

Black and white: by day and night
Protection resides in this knot so tied.

Wear this on your left wrist, securing it with a bow so you can remove it as needed. 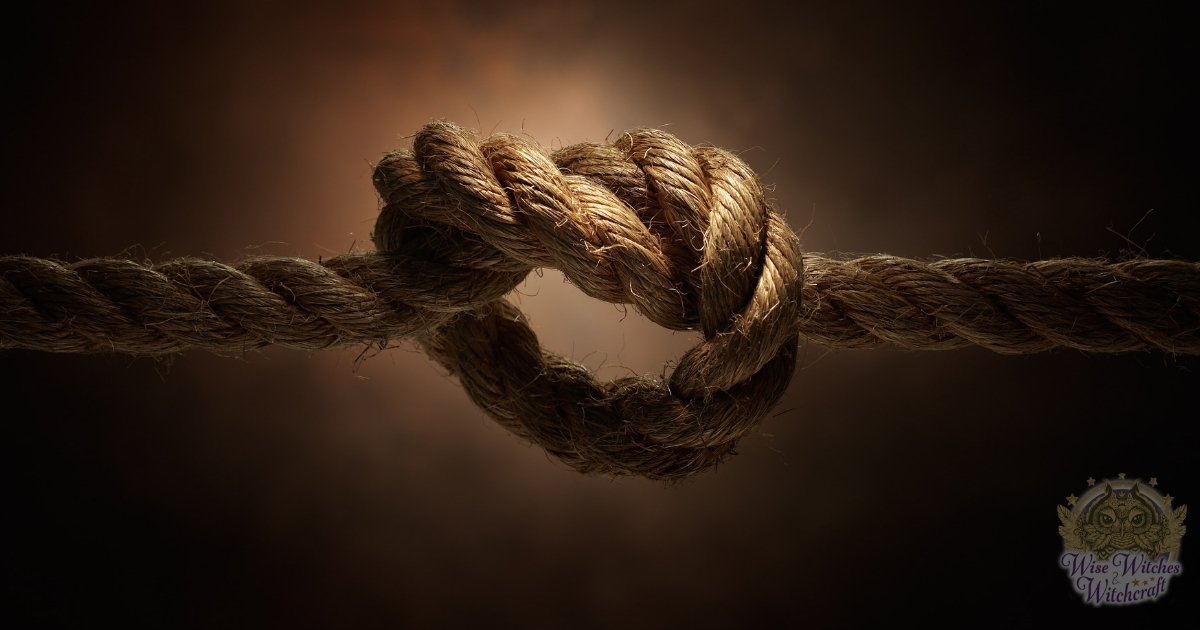 Tying a knot in a scarf, handkerchief, or even around your finger is an ancient charm so that you will not forget something important. When you need to remember—open the knot to release the memory. Use this spell just as it is, but perhaps add an incantation that holds a specific hint in place.

Among the most prevalent use of knots, which is still obvious by the use of the phrase “tying the knot” when referencing marriage. As early as Roman times men and women alike tied knots to ensure love. In Sweden people went so far as to have very specifically shaped knots for engagement, friendship, and passion.

Neo-Pagan tradition says that when two people wish to commit to each other for a year and a day, they can be handfasted. As the name implies, the final part of the ceremony consists of gently binding the couple’s hands together with a length of cord. Friends, family or clergy create the cord in advance using color symbolism and knot magic.

The red cord safeguards health, orange offers kindness, yellow – harmony, green – luck, blue – conviction, purple – progress, and black – wisdom. Other colors that may go into the cord include white for purity, pink for romance, silver representing the moon and gold representing the sun. This cord should be knotted at the beginning, middle and the end. In Numerology 3 is the union between 1 and 2, male and female, balance and harmony.

The word notary comes from notador, meaning tier of, or observer of, knots! This came about due to a custom in the Middle Ages of witnessing a contract by using knots that would be bound when the contractual issue was completely agreed upon.

When two people come to a compromise on an issue, they can seal it with knot magic.

In this case, choose cord’s color according to the subject of the contract, as well as the number of knots. When the cord’s complete, both individuals should hold it in the middle and speak their pledge. Afterward put the cord somewhere safe where both parties can access it should the need arise for breaking the accord.

Even well into Shakespeare’s day, sailors trusted in wind and weather knots to help them on long sea voyages. If a small wind was needed, one knot’s released. A full wind required two knots. Only the foolish, however, would open all three, as that would bring a full gale due to being greedy. 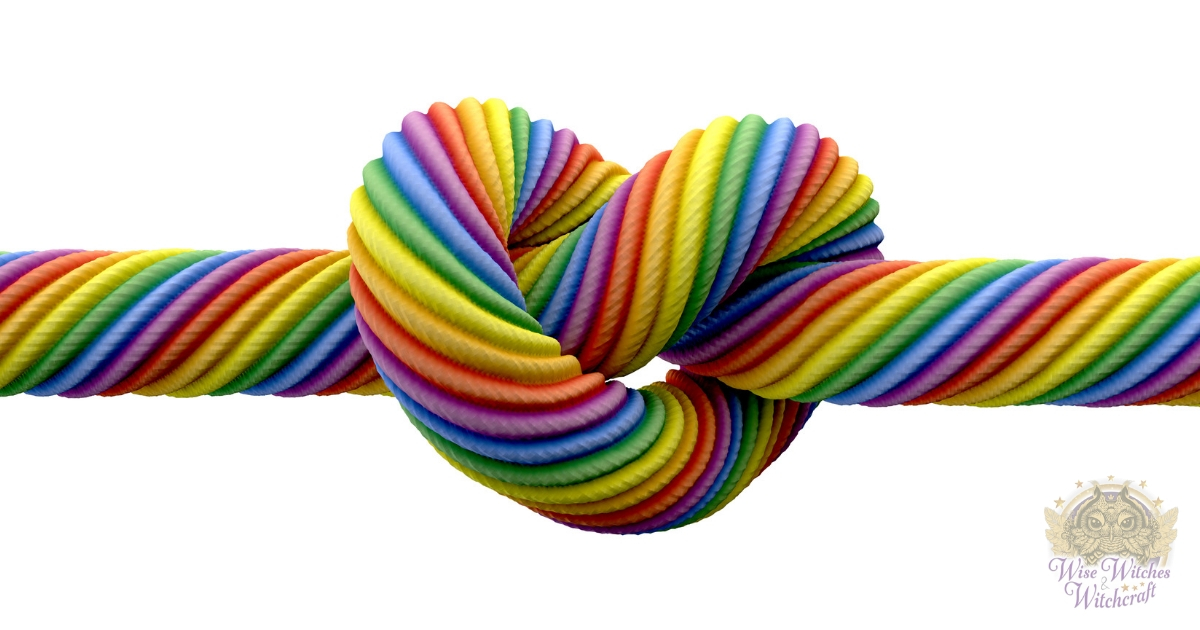 The Fair Wind knot begins with a white or blue cord which corresponds to the Air Element. We’ll follow the pattern set by Witches of the past and place only three knots therein.

As you tie each knot whistle into it (one time for the first, two times for the second and three times into the third). Hang this outdoors and open one knot as you whistle, bringing the breeze.

As you can see, there are many ways to use these ideas just as they stand, or adapt them a bit to more personal goals.