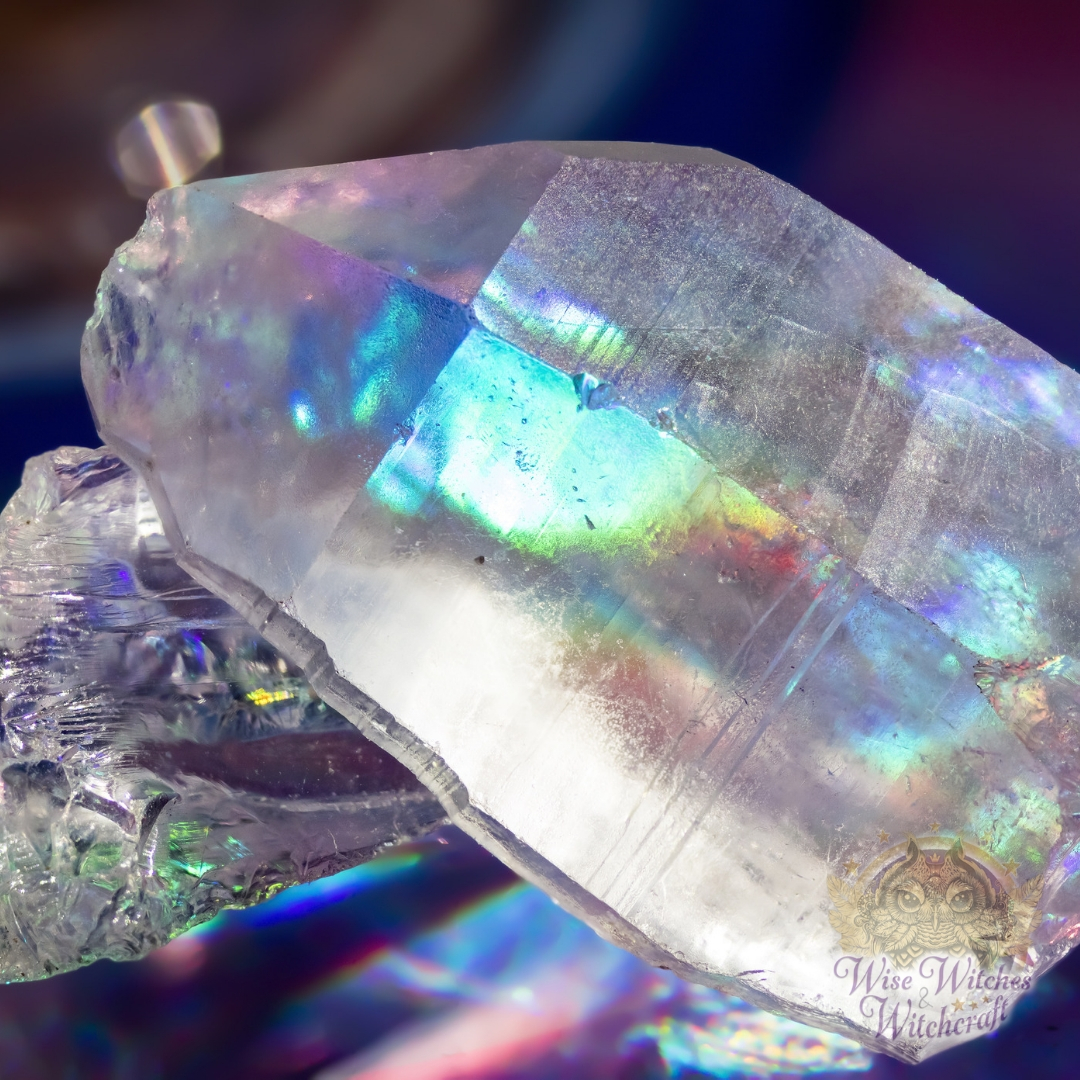 “May crystals give you power!”
― Isabel Walbourne

If there is a crown jewel among crystals, its name is Quartz. This ancient stone grew in nearly every corner of creation long before recorded history. Quartz witnessed the evolution of humankind, the rise and fall of civilizations, and all moments important to our development as spiritual beings. That resonating knowledge draws people from all sacred paths–Wiccan, Buddhist, Native American, Pagan, and so many more to Quartz as a healer, teacher, and guide.

What Is A Quartz Crystal: Meaning and Properties 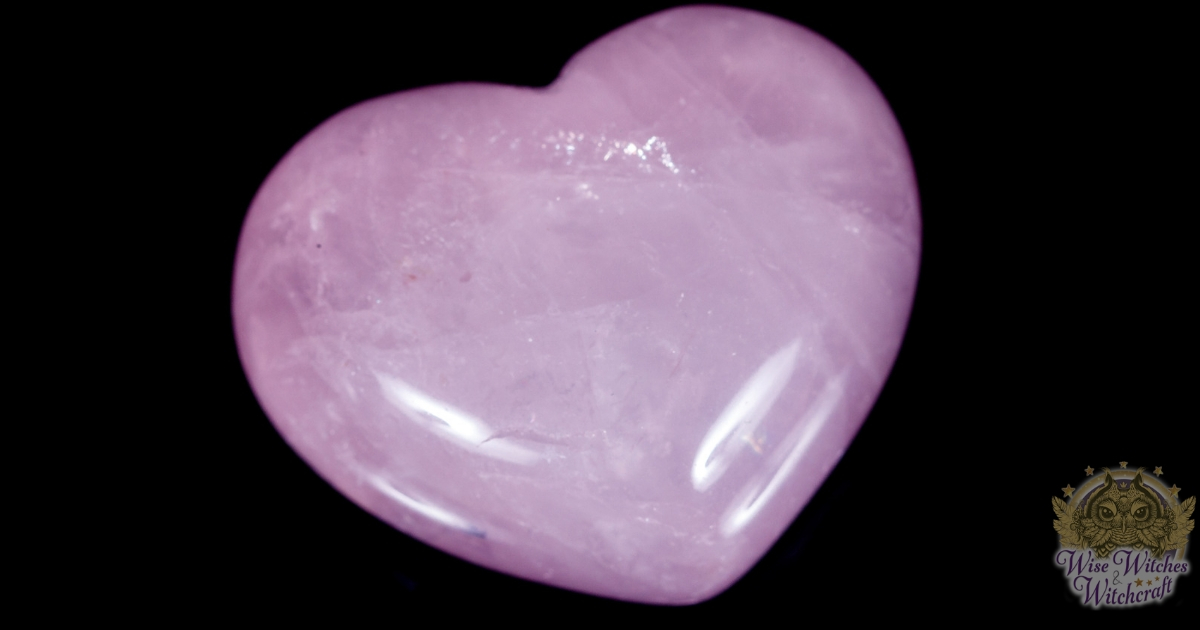 Name Etymology: Sources provide disparity in exactly where the name Quartz originates. In the 18th century, it was called Quarz in Germany which was a derivative of a Polish word kwardy, meaning hard. There is also a chance the name Quartz came from an old term querch which roughly translates as dwarf. The latter designation has to do with myths of ancient mountain people who hid precious gems and ore and replaced them with Quartz.

Around the world Quartz has been given glowing reviews for its symbolic energies. Some of the features repeatedly ascribed to Quartz include energy amplification, focus, energy transmission, healing, chakra balancing, cleansing, and strengthening. That’s a pretty impressive resume! In many ways, Quartz is like a tonic for our bodies, minds and spirits, helping to keep everything working together for our betterment. Think of it this way, the electronics industry includes Quartz in various products because they know this crystal’s structure is perfect for tuning into, and controlling, specific frequencies. Extend that to yourself and you have an adept crystal spirit with which to partner for a vast array of goals.

If we look at historical ideas about Quartz, we find cultures as widely separated as those from Australia and Native America to South America tribes saying that Quartz is a living, sentient, sacred stone. These people gave Quartz various offerings to sustain that being. Central American stories also tell us that clear Quartz houses the spirits of beloved ancestors. The Celts fashioned Quartz into spheres and carried it to heal the land, their cattle, and needy people.

One of the most popular applications for Quartz has been in divination. Because it was clear and appeared to capture the rays of the sun, people may have felt it provided clarity (shining a light on things, if you will). Any smooth facet of the stone could become a scrying surface, long before a rock crystal sphere became popular. Alternatively, Quartz might find its way into pendulum sessions. [wisew_rectangle_large align=”right”]

Thanks to science and technology, we know that Quartz can be “programmed” for specific purposes. That makes it an ideal container for our focused energies. Put in some positive “vibes” and leave the stone where you need it most. 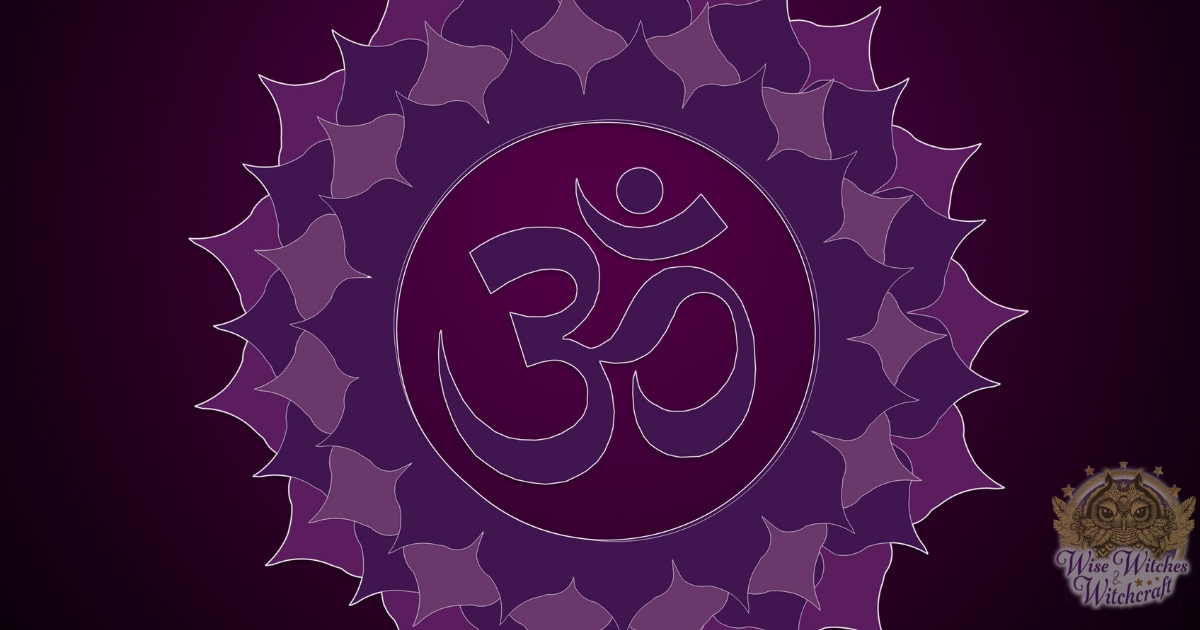 Lightworkers, Sensitives, Intuitive Healers, and Vibrational Healers all trust in Quartz as a “master healer” that has applications for aiding the body, mind, and spirit. Physically, Quartz helps support a healthy immune system. People experiencing vertigo or ongoing migraines have often found some relief by keeping a Quartz with them. Other physical applications for Quartz include improving energy (metabolism), purging toxins, and its use as a pain reliever.

Emotionally and mentally, Quartz naturally repels negativity, self-deprecation, and anger. For those with depression, Quartz assists with recognizing triggers and generally lifting those grey clouds. Students find it provides focus and improved memory.

Spiritually Quartz helps us bridge the gap between the mortal world and Spirits including Guides, Master Teachers and the Divine. Quartz can be used to facilitate connections to your Animal Spirit and plant energies. Using the stone in meditation clarifies things that were otherwise muddied. 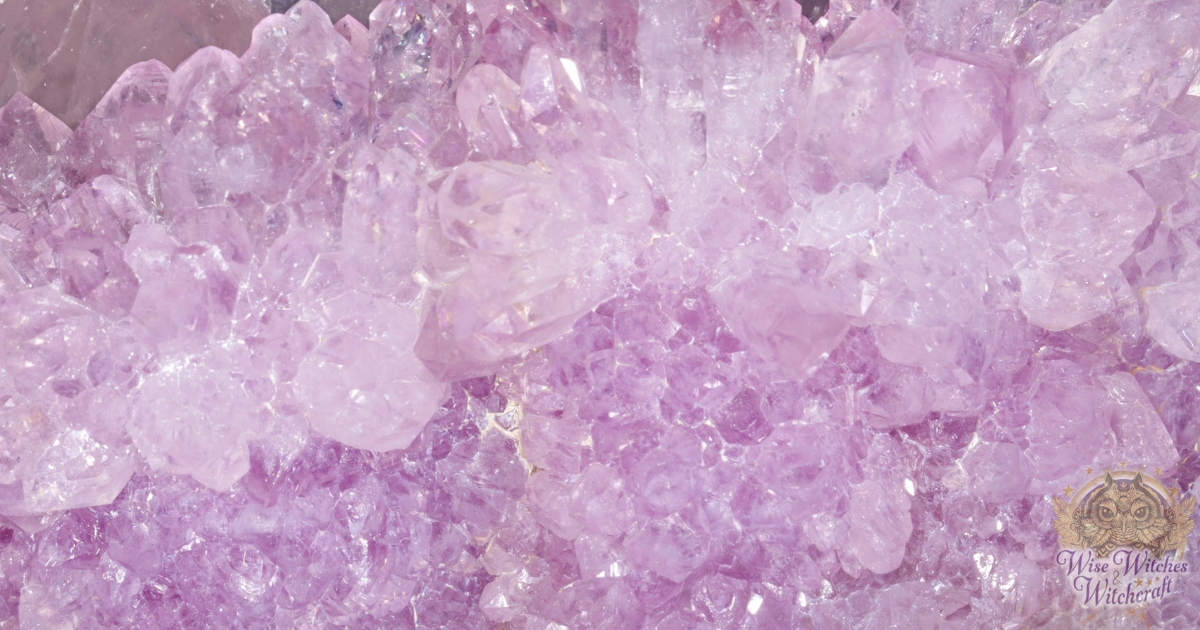 Lightworkers believe that the use of Quartz dates back to Atlantis and Lemuria, and the stone continues to vibrate with those intense energies. As a six-sided prism, Quartz reflects and directs light. In Numerology, six is the number representing cooperation, nurturing, service, justice, peace, grace, and healing.

Here are some other insights into Quartz’s metaphysical properties, associations and uses: 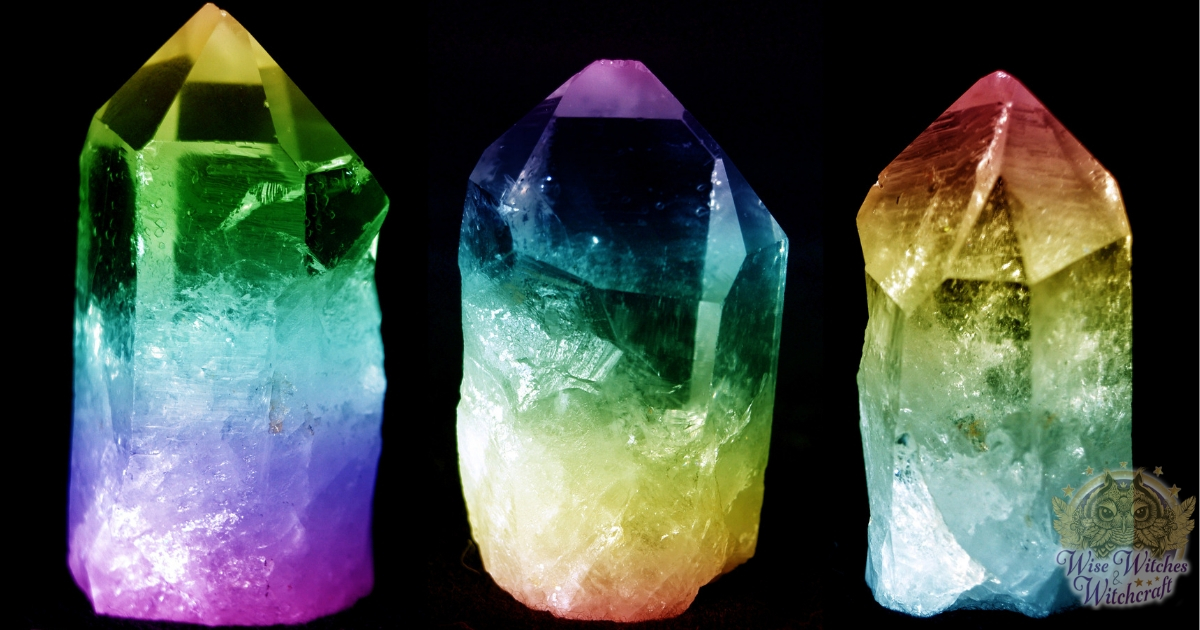 Because of the way Quartz interacts with the Sun, you might consider it aligned with the Fire Element. Some people also ascribe it to Air/Wind due to associations with vital breath, clarity, and active energy. Among Native Americans the Air Element is a living force akin to Quartz.

In the sphere of Witchcraft, Quartz is nearly indispensable. This crystal amplifies the positive vibrations in anything be it a spell, a charm, an amulet, your bedroom, an office space, your car – well, you get the picture. The Quartz matrix naturally enhances the way in which your magic manifests.

Quartz and the Crown Chakra

In your aura, Quartz resonates with the Crown Chakra. This is the center of our higher awareness, sacred wisdom, and transcendence. If you are working with that Chakra, hold a Quartz and meditate. This brings clarity by breaking through any barriers or perceived limitations.

Quartz is a teaching spirit. It observes and collects energetic signatures. So, if you keep one with you during spellcraft or ritual it “remembers” that endeavor. Some people do this for many years then pass along the crystal to someone else so they can prepare for leadership in the community. This is actually a tradition we see in Shamanism but it can be any stone collected from a sacred location.

Witches sometimes create wands with a Quartz point at the directing end. This is perfect as you can channel your will through the wand. The Quartz neatly amplifies the magic. The magick wands are easily assembled using a wooden stick, your chosen Quartz crystal, and some jeweler’s wire. What kind of wood? Well that depends on your goal. For a healing wand, you might use Ash; for an all-purpose wand, Elder or Hazel; for a protective wand, Rowan, and for a wand you can use when working with the Fey, try Hawthorn.

Quartz is very durable, so you can cleanse it in many ways. Smudging is really simple. Just move the crystal through the smoke of purifying herbs like cedar or sage. Depending on the disposition of your Quartz, it may enjoy a lovely full-moon bath (this also helps charge it). Other ways you can consider for making sure your Quartz is clear of any unwanted energy include: 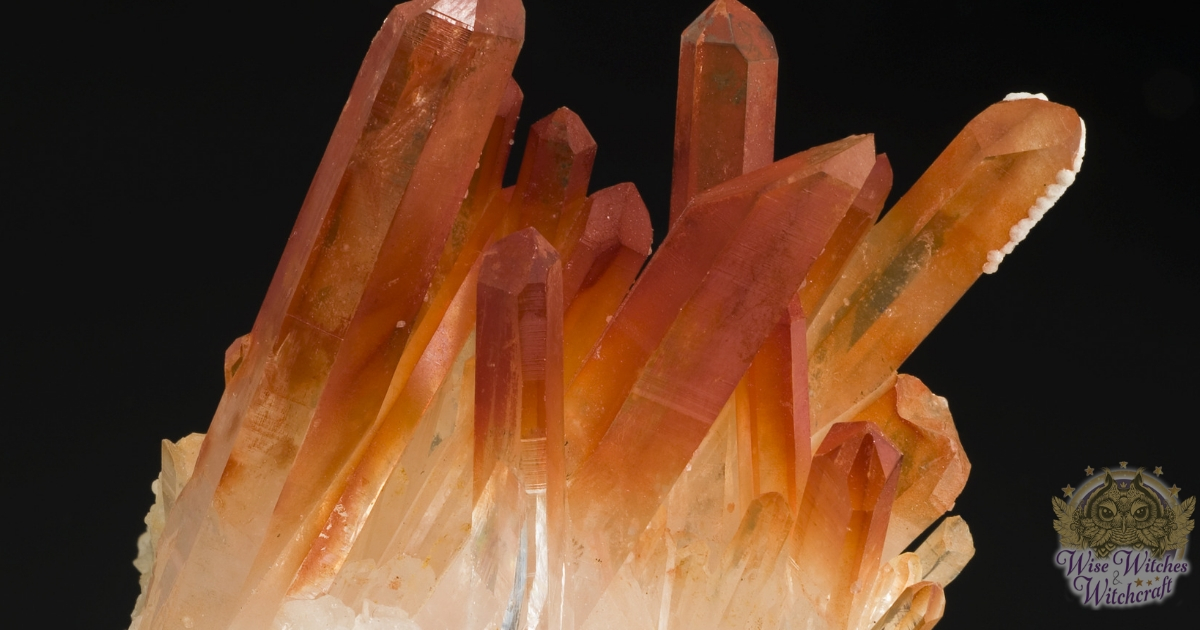 Quartz is the most abundant crystal on earth, appearing in all parts of the world. On the Mohs Hardness Scale it ranks a 7. This means Quartz is very durable. Testing shows that Quartz has electrical properties and resists heat. In manufacturing Quartz is used for glass making, as an abrasive in grinding, a filler for rubber and putty (in sand form) and for the production of Quartz Watches which keep the most accurate time.

Synthetic Quartz appeared in the 1900s due to the demand for the crystal. Quartz continues to be manufactured in laboratories. The process allows professionals to grow the crystal in a variety of shapes suited to different purposes. More than likely you won’t see these in your neighborhood magic supply shop. Even so, definitely stick with nature’s production line.