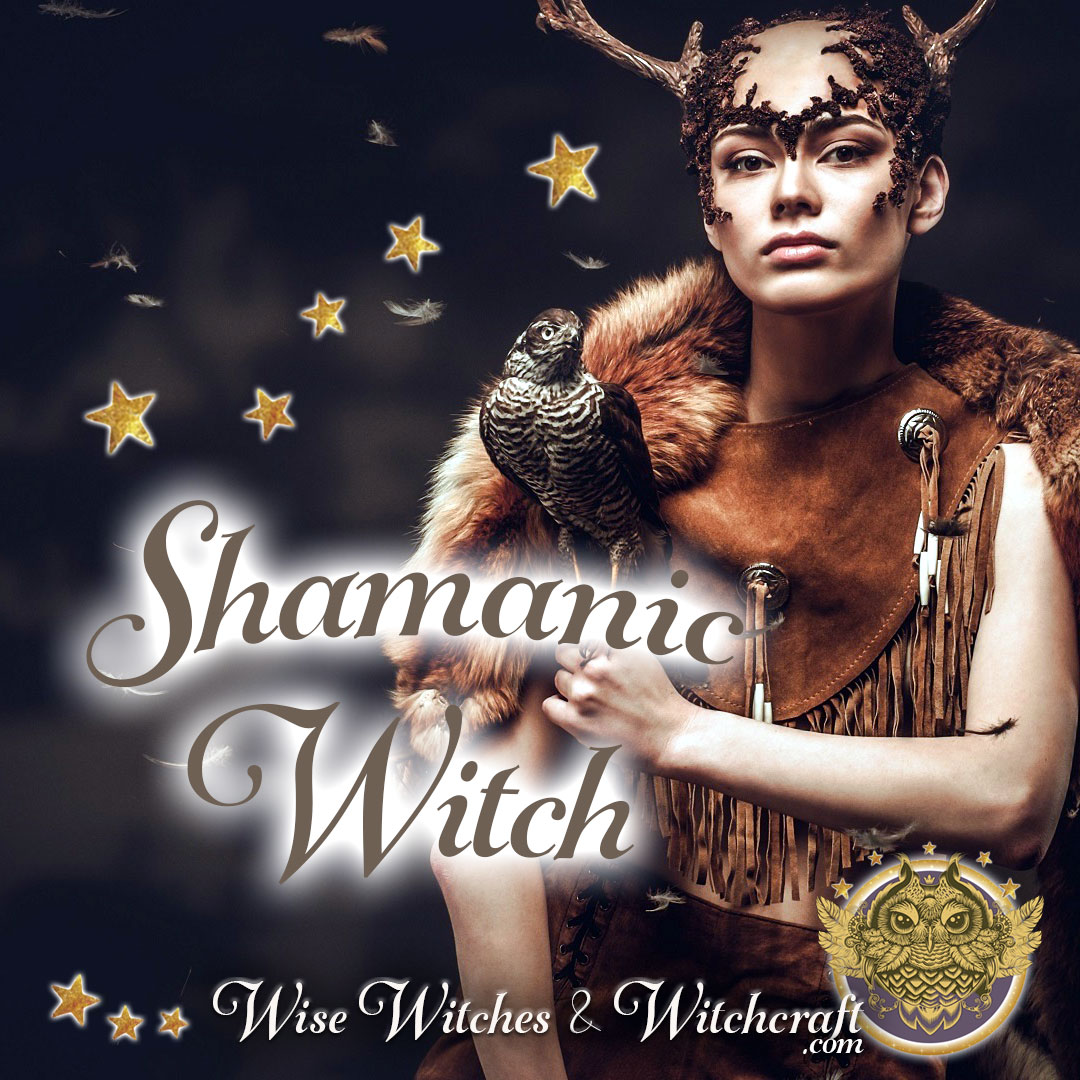 In simplest terms, the designation Shaman means medicine man. These healers come from cultures as diverse as Asian regions and Native Americans. Common practices among Shamanic practitioners include trance dancing, vision quests, moving through the World Tree for spiritual knowledge, working with Spirit Animals and Totems and using various plants as part of their magical kit.

With this in mind, the Shamanic Witch utilizes these methods in addition to her foundational knowledge of witchcraft for a blended practice. It should be noted that there are also Druidic Shamans, Hedge Witch-Shamans, etc. Many magical practitioners with specific traditions find that the marriage of Shamanism with witchery makes sense.

Shamanic Witch vs. Shamanism and Witchcraft 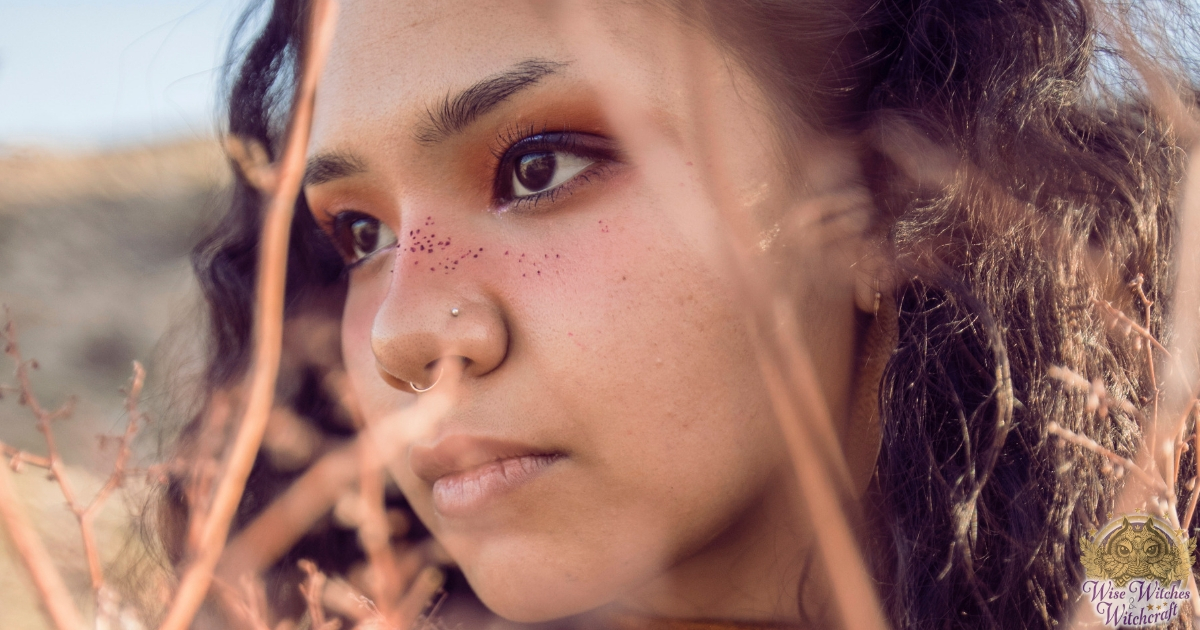 Witchcraft has rituals, spells, observances, and tools that are not that different than those of Shamanism. In witchery and Wicca, some people walk between the worlds, communicate with the ancestors and have animal familiars. These individuals work heavily with plants, roots, and herbs for mundane and magical results. They become partners with the beings and energies in other realms. So, effectively, these witches are already practicing a kind of Shamanism without realizing it. Two types of Witches in particular may discover this designation applies to them: Hedge Witches and Green Witches.

It is important to note that being a Shaman and being a Shamanic Witch are two different things. Traditional Shamans find people with little (if any) one-on-one training calling themselves a Shaman, or worse – teaching about it, very insulting. This is like a novice Wiccan proclaiming themselves a High Priestess. Words mean something, as do titles. The Shamanic Witch makes no claim to having a cultural background in Shamanism. Instead, they seek to honor the parts of this mystical craft that resonates with magical wisdom and insights.

Are You a Shamanic Witch? 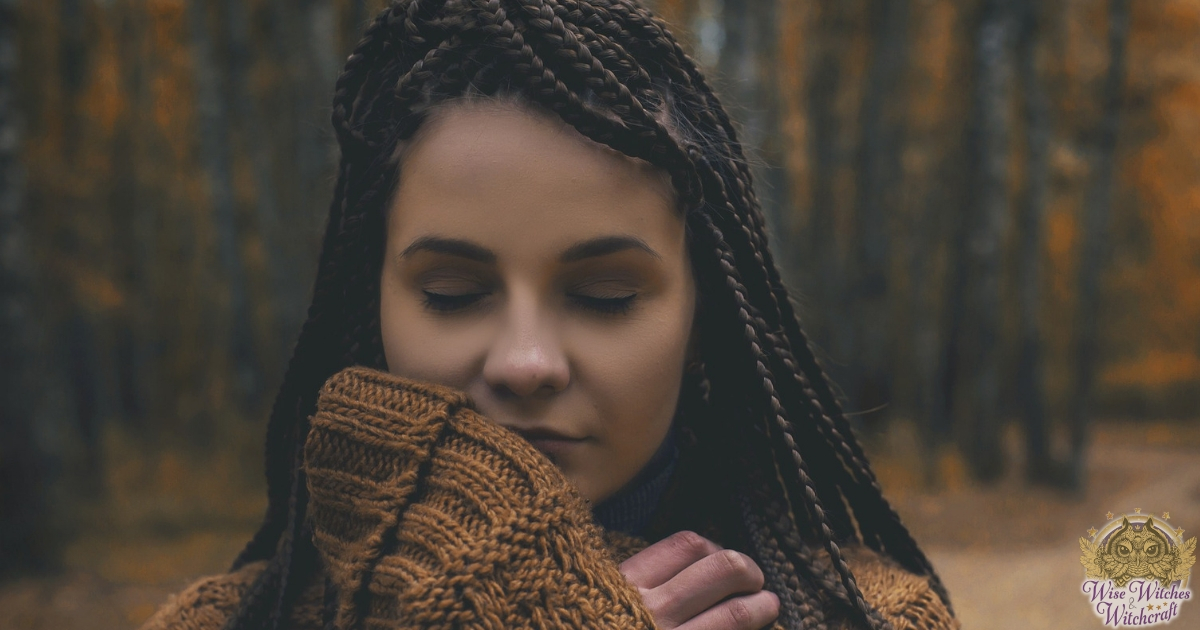 There are various signs that Shamanic Witchcraft might be for you:

Now all of this could lead you in an entirely different direction, but at least you have an inkling going forward.

Getting Started as a Shamanic Witch 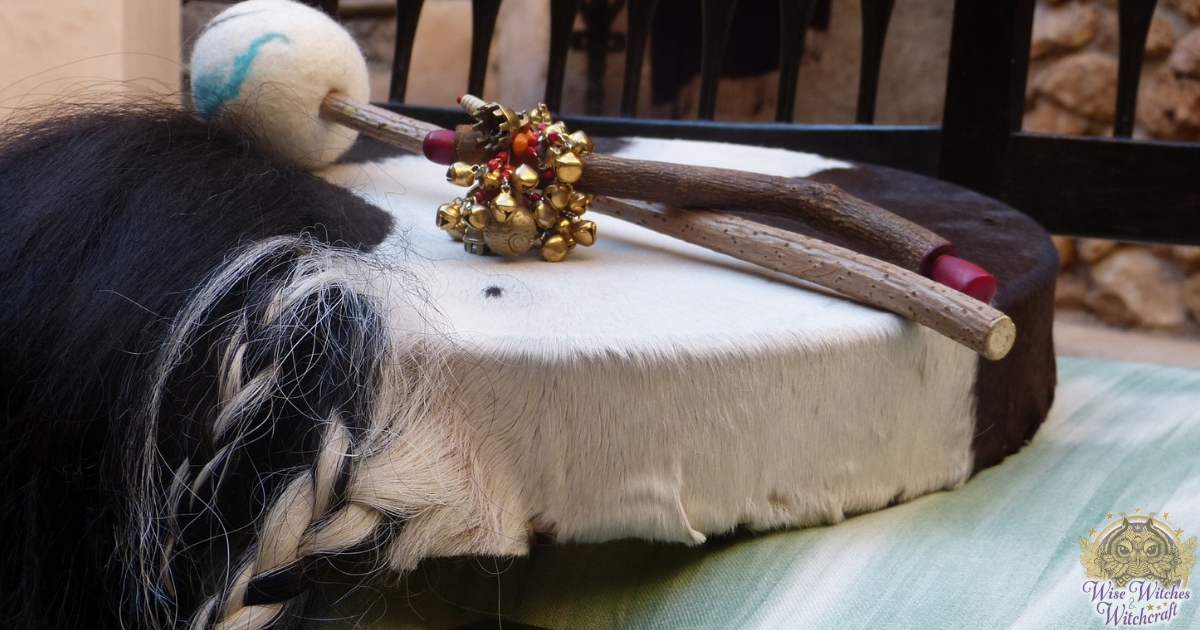 There are various things you can do that set the stage for personal growth as a Shamanic Witch. One surprises people – namely a very frank look at the dark side of your soul. Everyone has something that shadows them. Some hold onto anger or fear. Some impair relationships and situations repeatedly. Some refuse to acknowledge feelings in the attempt to be “strong.” This directs a lot of personal power away from magic and spirituality. All humans will always have some dark corners that stubbornly refuse the light. Even so, recognizing those things and acknowledging what you can’t change and, more importantly, what you can represents a very significant personal transformation. This exploration changes the way you experience this world and other realms.

The second part of your self-examination boils down to your natural talents. What do you feel (down to your toes feel) you were made for magickally? The Shamanic Witch may be a healer, a bard, a diviner, a facilitator and even perhaps someone who guides lost souls into the next world. In more religious terms this would be your calling – the core of why you do what you do. A lot of spiritually-minded folks have trouble taking compliments, let alone reveling in personal gifts and aptitudes. Like it or not, as a Shamanic Witch you need to honor those abilities to further develop them.
.
Third, do an extensive check on your intuition and perception and work toward refining both; you are going to need them. Why? Because the Shamanic Witch may enter different realms periodically for gathering information, a vision quest of sorts (astral travel). A person practicing Shamanic Witchcraft may achieve this altered state through song, ecstatic dance or meditation among other options. This approach is a generalization of the Traditional Shamanic approach. A creative Shamanic Witch can rework this by calling a spirit into this realm rather than proverbially fetching them. Two notes of caution: First, the traveler between the worlds needs to have a map within to get home. Second, the invoking Witch needs to know how to release spirits and, if need be, banish them for unsavory conduct.

Do Shamanic Witches Worship a God or Goddess? 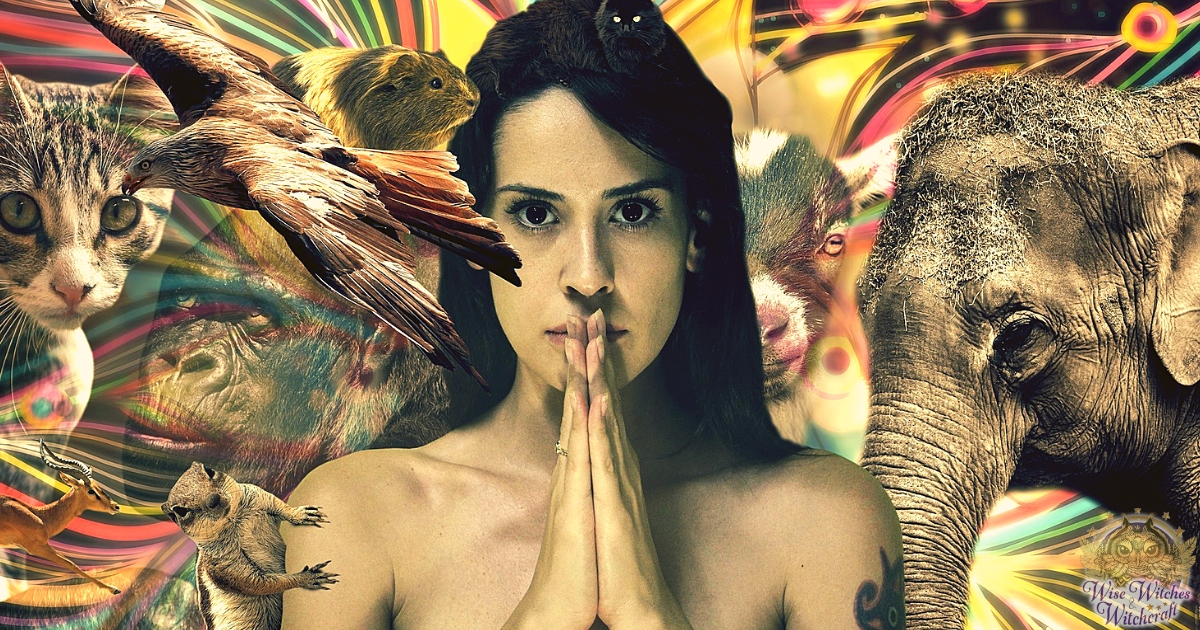 This question depends on the outlook of the practitioner. Shamans see energy and potential in every natural thing around them. Even rocks have a “spirit” of sorts. Witches, particularly Wiccans often honor one or more Divine figures and seek out a respectful relationship with those Powers. When you think about it, these two views work very well together. Sense the energy of creation in the earth, the air, the sun, and living waters. Add to that the veneration of Gods and Goddesses that mesh well with the practices of Shamanic Witchcraft.

For example, did you know the Norse God Odin was a shamanic figure mythologically? Stories portray him as the Master of Ecstasy (as one might achieve in trance dancing). Odin easily traversed both mortal and immortal realms to all four corners of creation, often accompanied by a Spirit Animal (typically a Raven). There is also Freyja, a mother Goddess associated with Earth, healing arts and learning divination. Her animal “familiars” include a Falcon, Raven, and Pig. There are certainly other Archetypes that suit the Shamanic worldview in other cultures.

Visit our sister-site, WhatIsMySpiritAnimal.com, to learn all about Spirit Animals.

A Shamanic Witch in the New Age 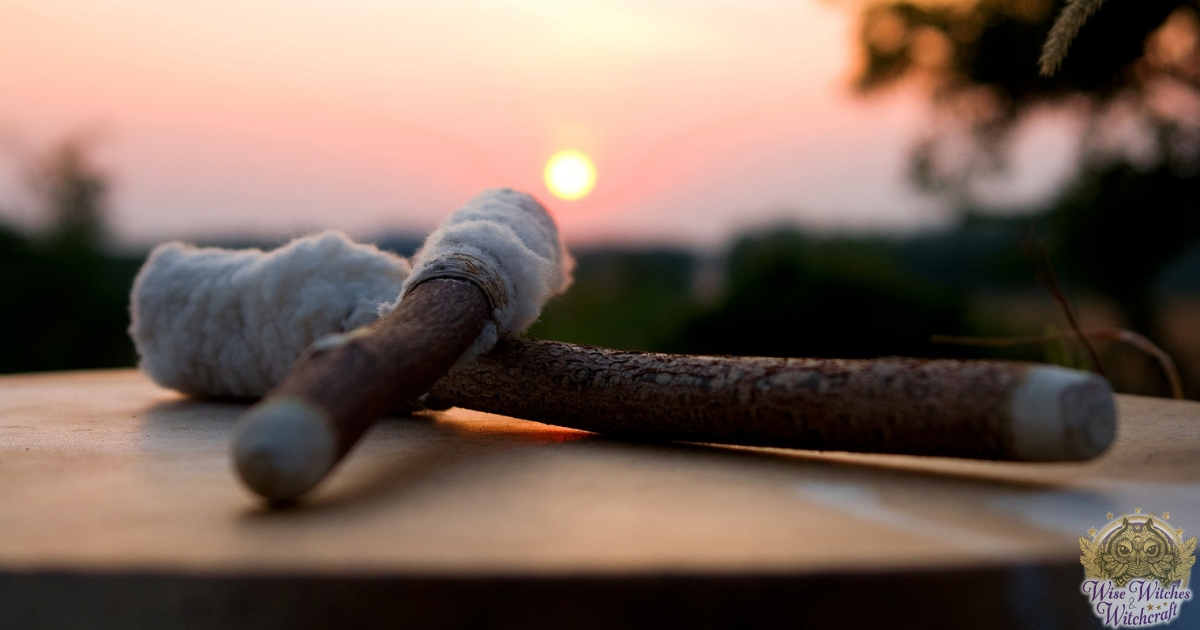 Like many paths that have emerged from what seems to be a spiritual cascade filling thirsty souls, Shamanic Witches may still struggle to see their roles among all the other magical paths like Alexandrian that has a documented structure. That’s normal, and you are in good company. The Shamanic Witch has the advantage of fundamental practicality. There is a Native American saying that goes something like, “don’t tell me about your prophecy if it doesn’t grow the corn.” A Shamanic Witch grows the corn with the Earth’s plentiful powers as a helpmate.