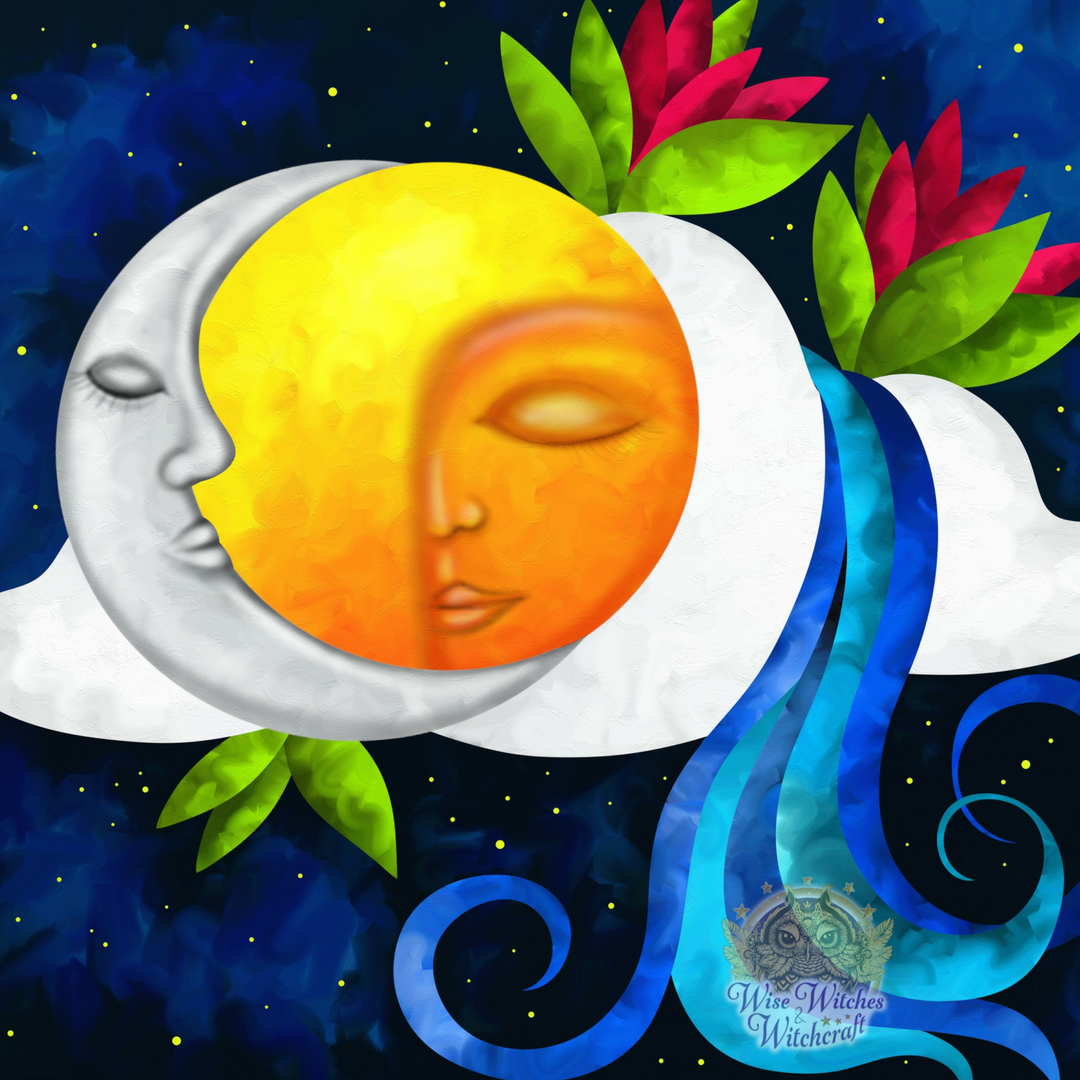 “Invention is a kind of muse.”
-John Dryden

In terms of magical processes, creating charms, amulets, talismans, and fetishes rank as one of the most (if not THE most) popular. Why? Quite simply because our ancestors recognized the value in having a proverbial “to go” order for their magic. In this case, you truly can take it with you! This portable nature means that most items in this category are relatively small (pocket size) otherwise they would be clunky and awkward. Also, keeping these small aids in privacy. Who would think to ask if you had a stone in your pocket, let alone notice one?

The Differences between Magical Charms, Amulets, Talismans and Fetishes 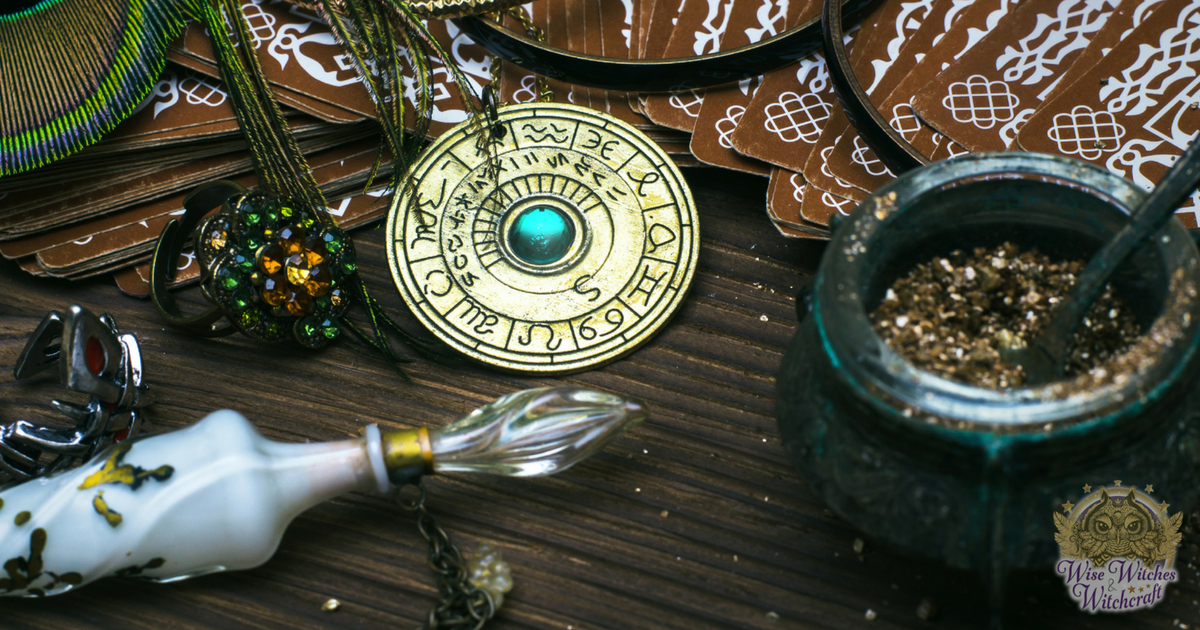 Modern vernacular uses terms like charms and amulets interchangeably. In truth, these are four different types of magical methods here. In deciding what you most need, it helps to understand the differences.

Charms are the easiest of all types of magic. Charm comes from a Latin term meaning song, verse or incantation. In Middle English, it translated as incantation or magic spell. Boiling this down, a charm can literally be no more than a little verbal ditty that you recite whenever you wish.

For example, there is a folk saying that goes, “See a penny, pick it up. All the day you’ll have good luck.” This is a great illustration of charm work that you could adapt for your personal needs, like, “Pluck a nickel from the ground, surely health will come around!” Many charms now have small tokens that hold the spell’s energy and include a verbal component.

Overall, a Charm’s intent is that of drawing positive energy into your life for things like good fortune, health, happiness and romance.

By comparison to charms, an Amulet has protective qualities. In other words, rather than attract specific good vibrations, the Amulet turns or dispells negative ones. People frequently created amulets as a ward against evil, danger, sickness, and death.

Greeks and Romans used amulets regularly. Some, such as gemstones, represented the sphere of a specific Deity, thereby entreating Him or Her for assistance. A foot soldier, for example, might carry a red jasper invoking the protection of the warrior God Mars. Here are some other examples from around the world:

The word Talisman comes from an Arabic term that roughly translates as “completion, religious rite.” This gives us a peek into the key difference between Talismans and charms or amulets. Talismans were typically created in a ritualistic setting to capture a spirit that would remain in that object. Additionally, Talismans can either attract benefits or repel dangers.

The idea of imprisoning a spirit wasn’t always accepted as “proper,” so that’s where the delineation of Talisman and amulets becomes muddled. In any case, early schools of magic tell us that the Talisman should be created by the person using it. Said individual should know geomantic symbols, Elemental associations, and Astrology as a foundation for their work. Other symbols went into creating talismans too, many of which modern Witch’s still use like colors and aromatics. Many of the amulets in the middle ages included both sigils and verses from texts that work harmoniously with the talisman’s function.

Fetishes bore similarities to talismans in that people revered the object for its purported inhabited spirit. The term itself comes from a Portuguese word that translates as charm or sorcery. In the world of magic charms, the Fetish is relatively new, having been introduced in the mid-1700s as a result of interaction with African tribes.

Some Fetishes in West Africa took on the form of animal imagery with the Bull symbolizing providence, the Lion – protection, Wolf – direction and a Bear represented the Shaman of the tribe. Gris-gris bundles and charm bags are examples of Fetishes that came from Africa into the New World. In the Congo, statues were housing small offerings for warding off malicious spirits and magic. These were highly valued and could only be made by the Medicine Man.

Whether the fetish comes unadorned from nature or has artistic elements added to it, the end result is an object with some type of “personality.” In this regard, Fetishism is highly anthropomorphic. In some ways, a fetish’s spirit resembles that of a tethered ghost. The object and indwelling essence are one, and the practitioner then endeavors to appease that essence when asking for aid.

For the modern practitioner, this approach rarely manifests because of shifting perspectives in the world of sorcery. What we do see if offering a nature spirit a place to dwell, such as a gifting a fairy with a plant grown just for that Being. Inside the home, that plant/fairy could become a Fetish (if the Fairy is feeling particularly beneficent). 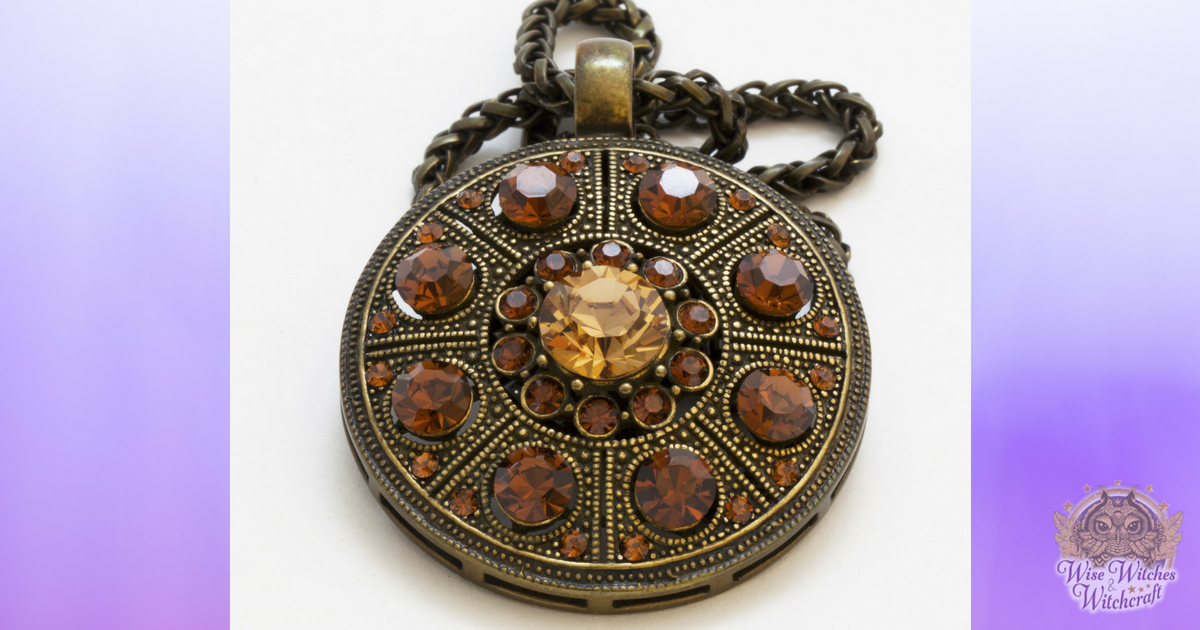 Now that you know what’s what, we can look at the commonalities between charms, amulets, talismans, and fetishes and use those for mapping out a framework for the creation process. For this purpose, we are using charms as an object, not simply a verbal component.

Choosing the Object for your Magical Charms

In considering what item(s) should become part of your charm, the final use of the token is of utmost importance. A token for your garden will need to weather the elements. Tokens for children need to be durable and nontoxic. Charms and amulets for pets need to be similarly safe and resistant to wear and tear.

Keep personal charms small. That way you can easily carry a variety with you to meet almost any need as it arises. Don’t overlook the potential in clothing either. A tie can bind magic in its knot, a scarf might be empowered as an amulet for health, and perfume or cologne can become a love charm. Get creative!

After you’ve found the central object, it needs to be cleansed of any residual energy. Cleansing leaves you with a spiritually clean tool into which you can put the energies desired (see Charging, below). To purify your token, pass it through the smoke from a purgative incense (like frankincense, cedar, or pine). Alternatively, soak it in salty or soapy water. If these options won’t work because of the medium’s sensitivity, visualize the object being filled with pure, white light that pushes out any unwanted vibrations.

Now charge your token. Charging equates to filling the token with energy that’s sympathetic to your goal. For matters of logic, reasoning, power, health, leadership, and the like, leave the token sunlight for several hours. The sun is associated with masculine attributes and the conscious mind. For matters of intuition, maturing, psychism, emotions, inner transformation, and the like leave the token in moonlight for several hours. The moon is associated with feminine attributes and the subconscious or psychic mind. While the token charges up, you can chant, pray, or recite spells over it if you wish. This improves magical potency.

Step four is blessing. This usually takes the form of a deeply sincere prayer or affirmation. Effectively, a blessing puts the token before the Sacred Powers with a stated purpose and requests that the Divine favor be bestowed on the object and its purpose. By definition, blessing is necessary for fetish creation but optional for other charms. If you are not among the religious witches, feel free to come up with an approach that feels right to you. Basically, you are setting aside this item for a specific magical function.

Step five is optional for all charms except talismans−that of working during auspicious astrological phases. Every hour the day, each day of the week, every phase of the moon, and sun signs can influence a charm’s creation. For example, it might be best to make a charm for drawing love during a waxing moon so love “grows.” Or, you could make a talisman for improved judgment when the moon is in Sagittarius. In and of itself, timing won’t make or break your magical work, but it certainly can help it along. A good astrological calendar will assist you in finding harmonic working times along with the chart below: 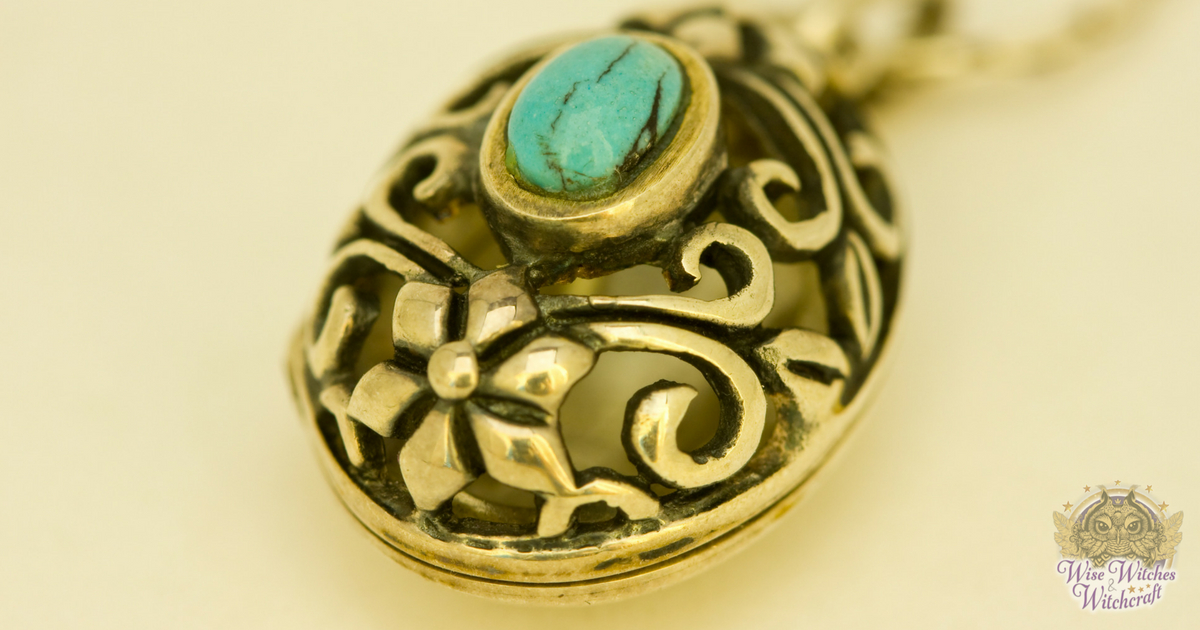 Now you are ready to finish the charm. The methods for completion depend on the object’s use and your personal spiritual path. For example, the charms have incantations that energize them because verbal components were important to traditional charm creation. Use the techniques shown here as a guide to which you add your vision and inventiveness for meaningful and powerful results.

Putting Your Magic Charm to Use 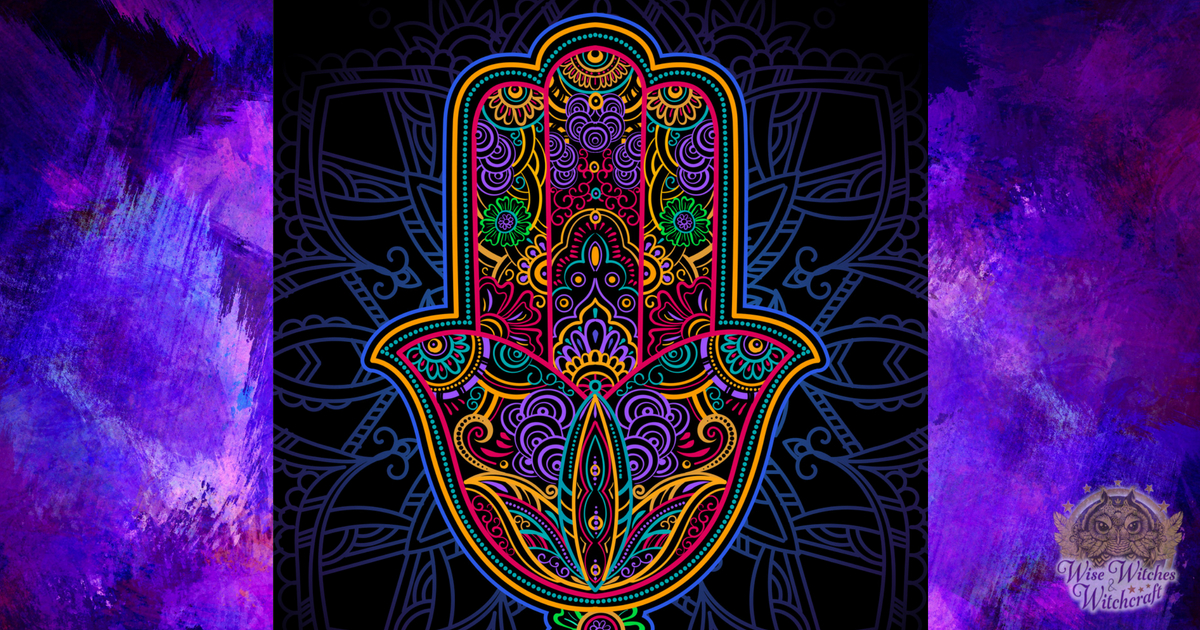 Once created, keep the token in an appropriate place. If you made it for yourself, carry or wear it regularly. If made for your home or the people who live there, put it near the hearth−the heart of a home. For friends, create the charm in the form of a decorative accent piece and give it to them as a gift with a note of explanation. For pets, put the token where they sleep or eat. For children, stuff it in a pillow or sew it into a coat pocket. This way the charm can radiate magic where it will do the most good.

Adapted from, “Wicca 2000,” by Patricia Telesco. All rights reserved.