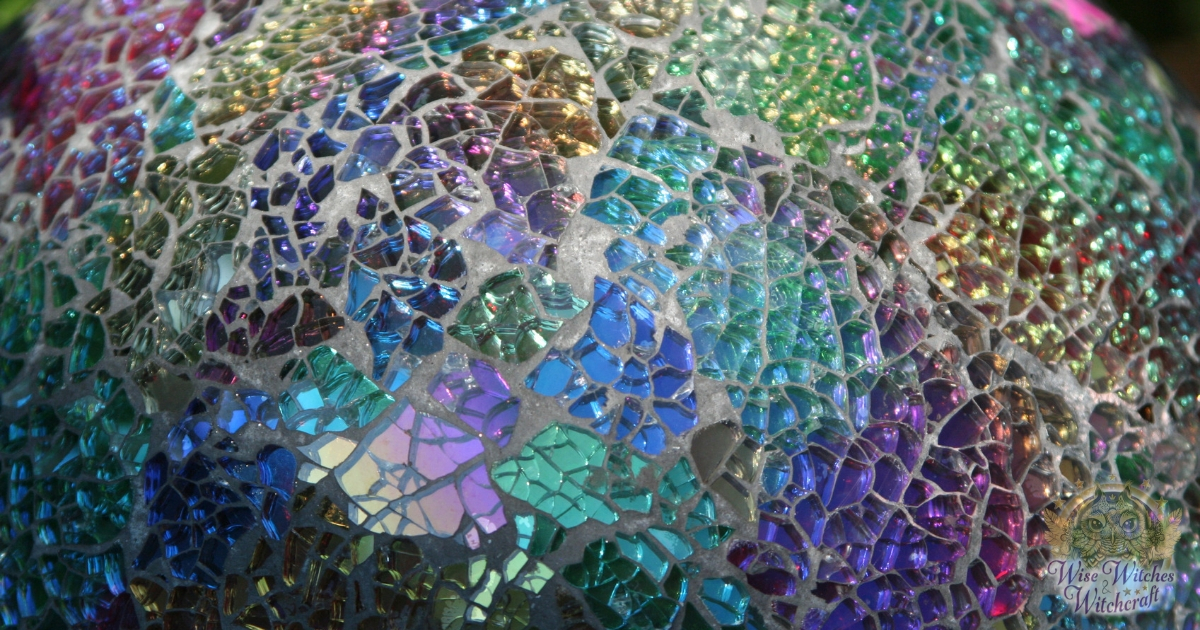 A witch ball (or friendship ball) usually refers to a hollow sphere of plain or stained glass hung in cottage windows in 18th Century England to ward off evil spirits, witch’s spells or ill fortune. It originated, though, in an earlier culture where witches were considered a blessing, and these witches would “enchant” the balls to enhance their potency against evils. According to folk tales, witch balls would entice evil spirits with their bright colours, and the strands inside the ball would then capture the spirit and prevent it from escaping. The witch bottle is a very similar concept.

Traditionally, witch balls were green or blue in colour (although other colours were also used) and made from glass (although some were also made of wood, grass or twigs), and often measured as large as 7 inches (18 cm) in diameter. Often they were striated or decorated with enamelled swirls and brilliant stripes of various colours. Later, they were often posted on top of a vase or suspended by a cord (from the mantelpiece or rafters, for example) for a decorative effect. The modern Christmas ornament ball is probably descended from the witch ball and, according to some stories, the ornament was originally placed on the tree to dispel a visitor’s envy at the presents left beneath the tree.

Witch balls appeared in the gardens of America in the 19th Century, where they were usually known as “gazing balls”, and were often silver in colour, acting as convex mirrors and warding off evil by reflecting it away. 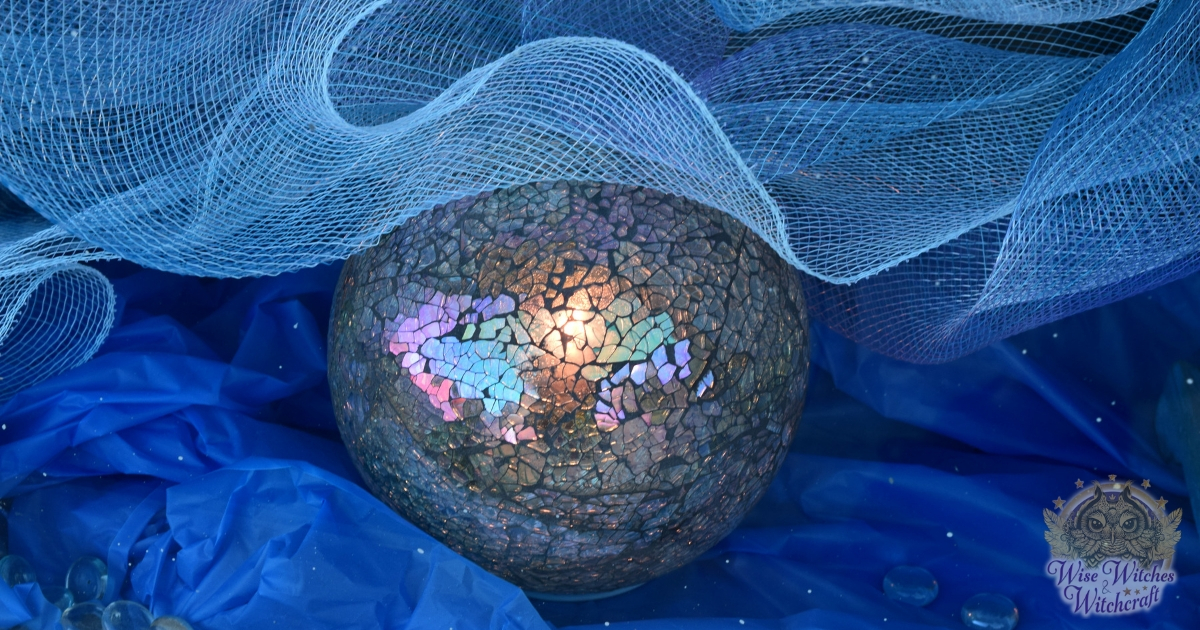 In the Ozark Mountains of America, witch balls were made from black hair rolled with beeswax into hard round pellets about the size of a marble, and were used in curses. In Ozark folklore, a witch who wanted to kill someone would take this hair ball and throw it at the intended victim, and it was said that when someone was killed by a witch’s curse, the witch ball would be found near the body.