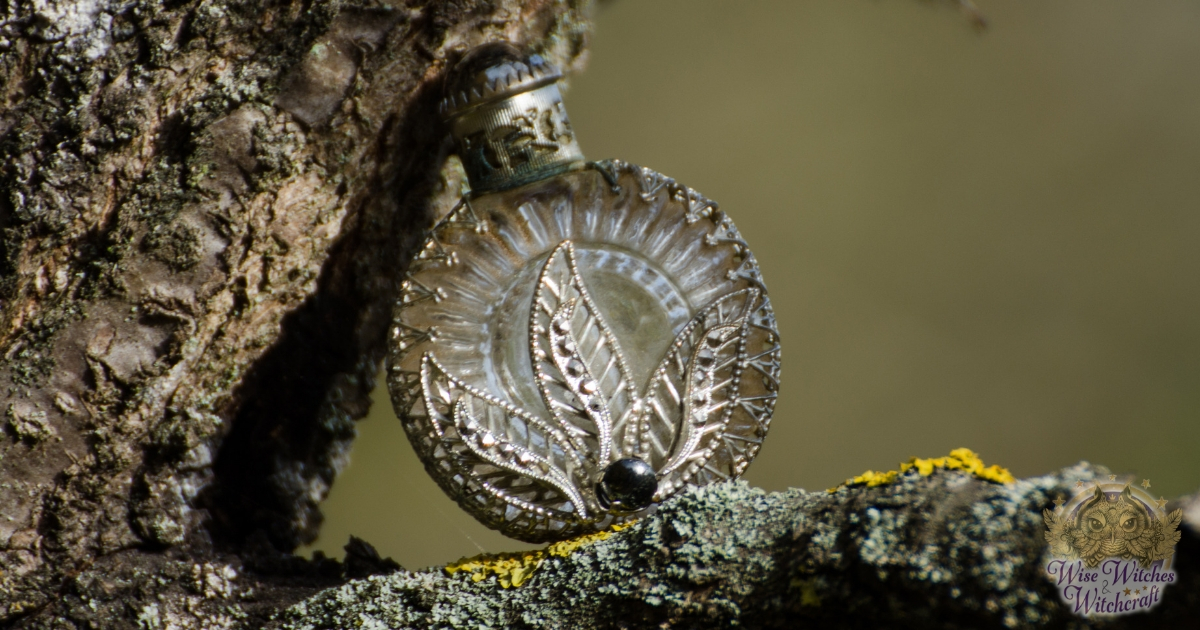 The witch bottle is a very old spell device, similar in function to the witch ball. Its purpose was to draw in and trap evil and negative energy directed at its owner, to protect against evil spirits and magical attack, and to counteract spells cast by witches. The belief dates back at least to the early 16th Century, and was prevalent in Elizabethan England, especially in Anglia, where superstitions and belief in witches were strong.

A traditional witch bottle was a small bulbous flask, about 3 inches high, made from blue or green glass. Larger and rounder witch bottles, up to 9 inches high, were known as Greybeards, Bartmanns or Bellarmines (named after Robert Bellarmine, a particularly fearsome Catholic Inquisitor, instrumental in the burning of Giordano Bruno among others). Greybeards and Bellarmines were not made of glass, but of brown or grey stoneware, glazed with salt and embossed with severe bearded faces designed to scare off evil.

A witch, cunning man or cunning woman, would prepare the witch’s bottle by putting in some of the victim’s urine, hair or nail clippings, or red thread from “sprite traps” (or, in more recent years, a combination of rosemary, needles and pins and red wine). Sometimes other contents were used, including seawater, earth, sand, stones, knotted threads, feathers, shells, herbs, flowers, salt, vinegar, oil, coins or ashes. Yet others have been found containing rusty nails, thorns, menstrual blood, and pieces of glass, wood and bone. 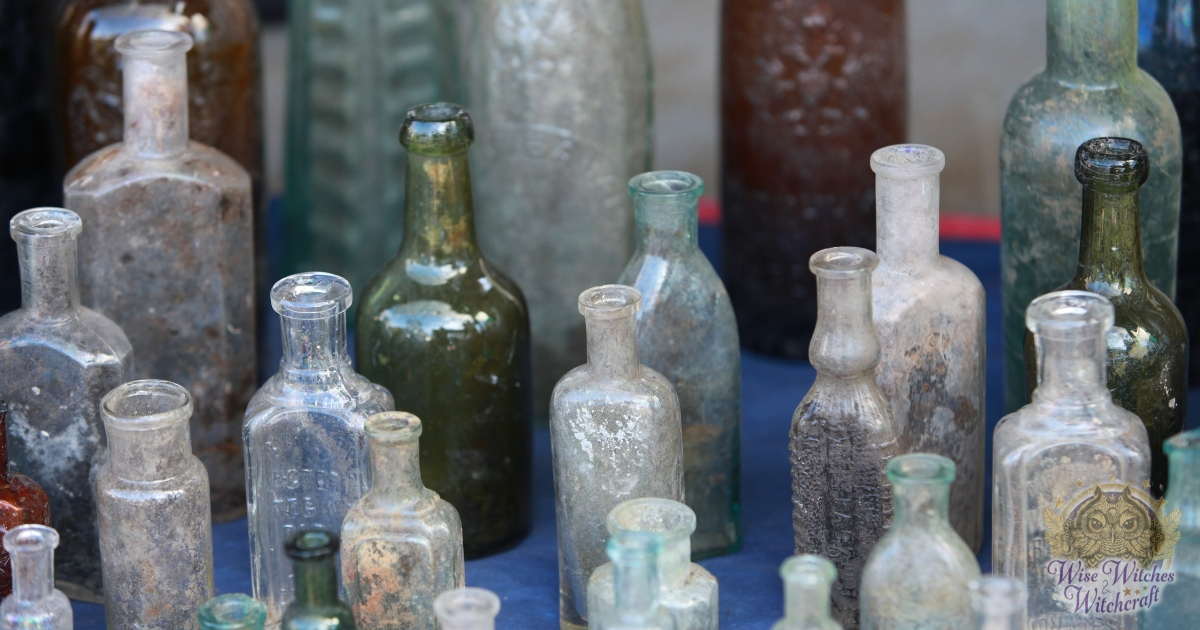 The bottle was then buried beneath the house hearth, or at the farthest corner of the property, or else placed in some inconspicuous spot in the house. The bottle was then believed to capture evil, which was impaled on the pins and needles, drowned by the wine, or expelled by the rosemary. The witch bottle was believed to be active as long as the bottle remained hidden and unbroken. Alternatively, some witch’s bottles were thrown into a fire and, when they exploded, the spell was broken or the witch supposedly killed.