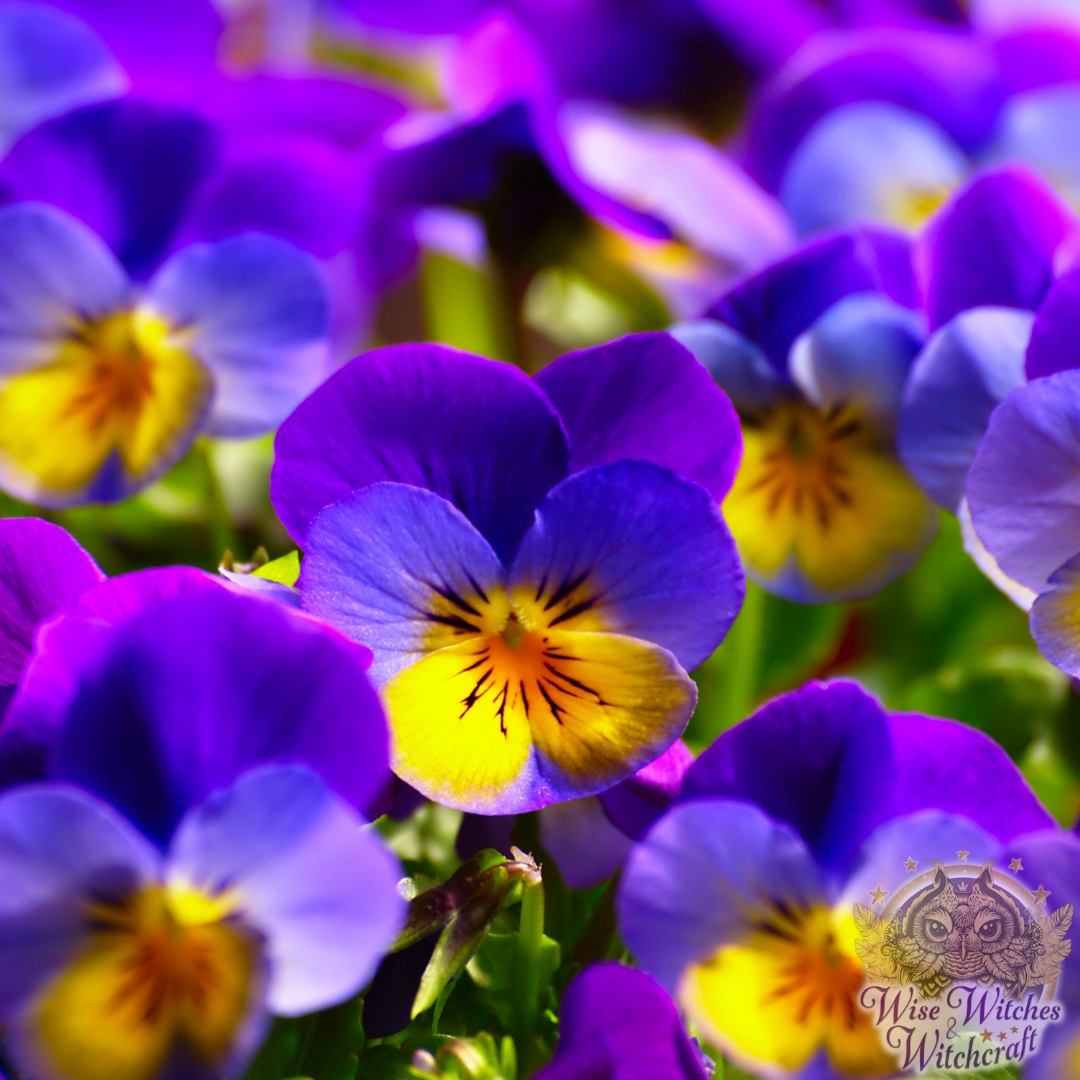 “We do not have to become heroes overnight. Just a step at a time, meeting each thing that comes up … discovering we have the strength to stare it down.”
– Eleanor Roosevelt

In looking at the world’s natural history, and how that history affects humans, it’s impossible not to stumble across many interesting stories of Gods, Goddesses, and other important historical or mythical figures. Some of these Divine beings shared their names and were otherwise connected with various sacred flowers and plants. There were also Divine Beings who cared for the natural kingdom, and still others appeared like parts of nature at whim! And you wondered why that Petunia winked at you!

Flowers as Offerings or Part of Celebrations 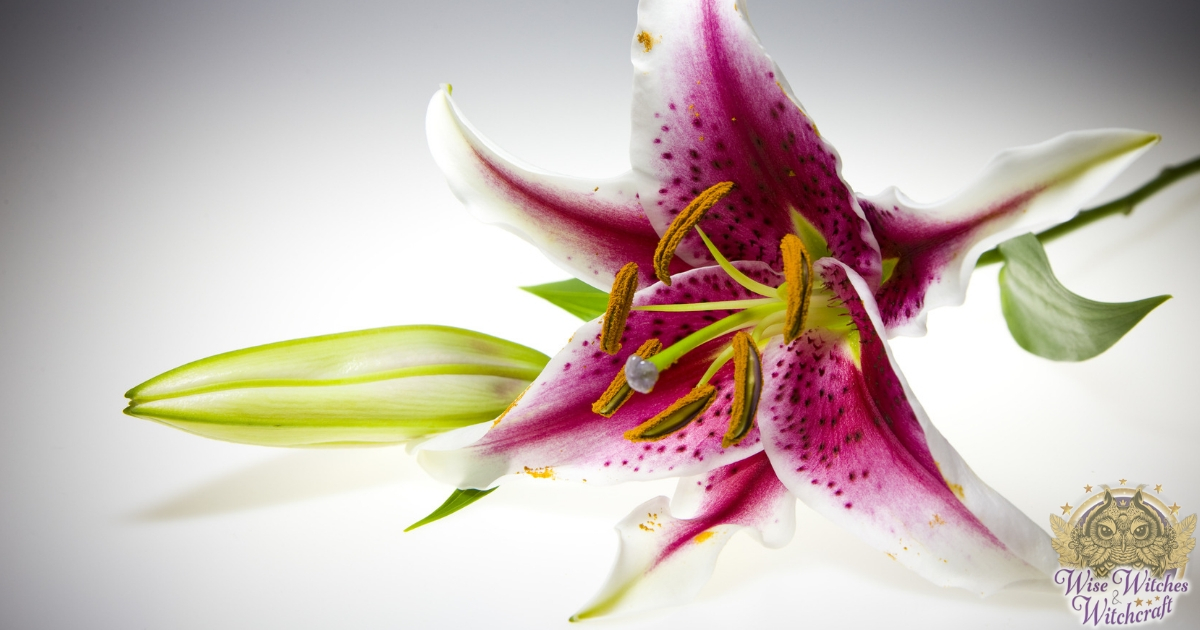 Myths and lore are likely responsible for many flowers and trees having long-lasting associations with Gods and Goddesses of many cultures, and why many Deities received offerings from nature. Aphrodite (Greece) and Venus (Rome), for example, received myrtle as an offering. Venus’s alternative name in some parts of Rome was Myrtilla for this reason. Roses were also sacred to these two love Goddesses, some myths saying that roses actually sprouted from Venus’s bathwater! To this day roses are associated with the language of romance, and very suitable components for charms.

Flowers on Feast Days and Celebrations

Offerings weren’t the only reason that flowers and plants were gathered to honor Divine beings. At various celebrations, flower petals and other plant parts littered the temples and parade routes. For Apollo, bay leaves and heliotrope were predominant. Minerva received olive branches, Mars was given ash spears or poles, Bacchanalia included ivy and grapes (of course), and statues of Ceres might be adorned with poppies during her feast days. In these settings, the flowers were not only visually appealing, but they also filled the air with rich aromas like living incense rising to the heavens. Modernly we continue to use fresh or dried flowers as part of our rituals.

How Some Flowers Got their Names 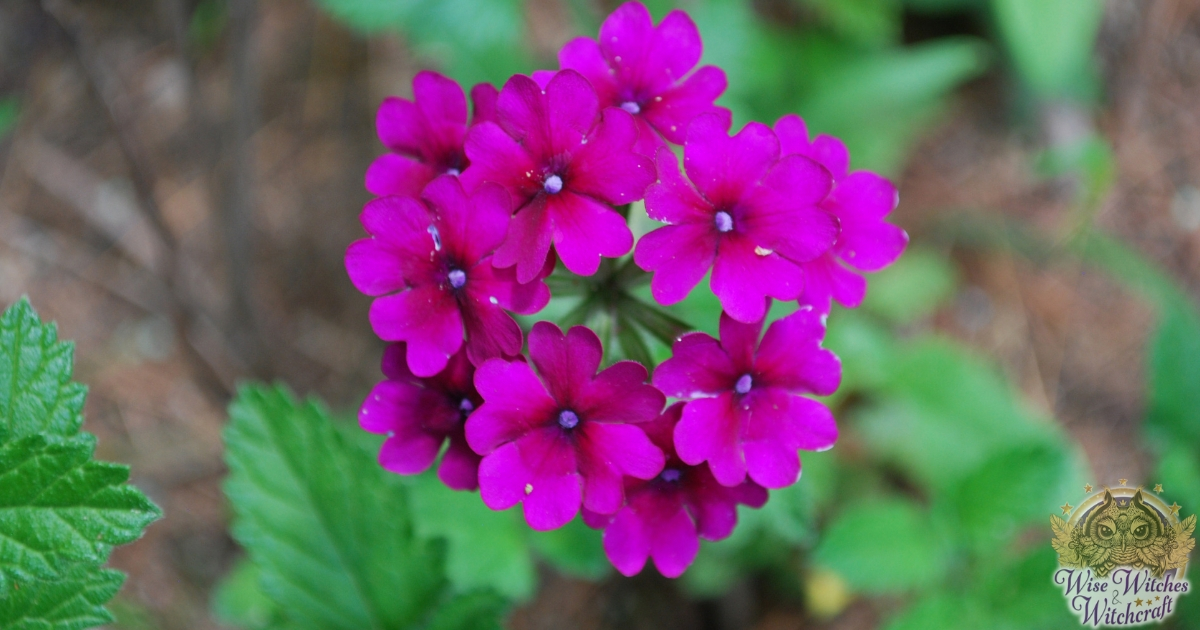 Some flowers and plants got their names from various Gods and Goddesses who were known to meddle in human affairs. Mint, for example, received its name from a maiden, Minthe, who was being pursued by Pluto. Persephone, being a jealous sort, turned the maiden into the mint plant. It is, after all, a little difficult to get romantic with a leafy herb!

Minthe was not alone in her fate. It seems many mortals were doomed to be turned into plants due to Divine wrath, as a way of compensating for some divine wrong-doing. Or, it was a way to protect them from unwanted Godly attention! Violets are a good illustration being created by Cupid from a group of young maidens whom Venus beat during a jealous rage. This was one way Cupid could restore the women’s’ beauty. The violet remains a sacred flower to Cupid, and witches still use Violet in a variety of love spells and love potions.

Despite their somewhat human failings, the Gods and Goddesses also seemed to give attributes to various flowers and plants, even unintentionally. Geraniums, for example, sprang from the sweat of Muhammad, and lilies grew from Eve’s tears when she was expelled from Eden. Witches use geranium for happiness and prosperity, while lilies protect the bearer from ghosts and also symbolize pure intent.

Christian legend says that lavender flowers had no aroma until Mary dried Jesus’ clothing on a lavender plant (representing comfort and service). Similarly, the rose bore no color until a drop of Aphrodite’s blood touched it, and it had no thorns until a young Cupid was stung by a bee while admiring the flower. His Goddess mother simply transferred the thorny stings to the plant’s stem. Those thorns protect the fruit of this flower, which is the most versatile of all blossoms in the world.

Presumably, the rose also had no scent until Cupid upset a cup of nectar near it and when tipped saturated it with a sweet aroma. My, can you imagine a white, scentless, un-thorned rose? 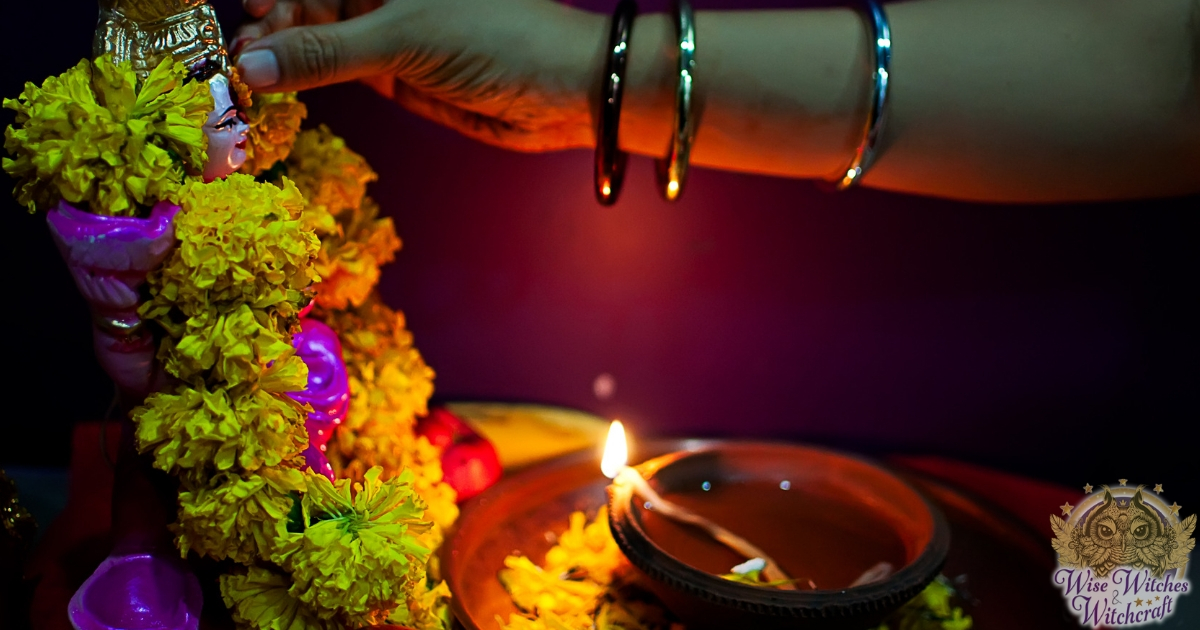 While most of the stories here originate in Greco-Roman tradition, they are not unique in global myth. For example, the Hindu God of love, Kama, has a bow with five arrows, each of which is topped with a flower. When a human is struck with this petal power, it overwhelms that person, and he falls madly in love! In the Eastern part of the world, one of the ancient names for the Goddess Padma means lotus, and many Hindu Gods and Goddesses are thought to be “lotus-born” indicating the flower’s importance. Magically lotus vibrates with the energy of wishes, luck, serenity and spiritual growth.

In ancient Persian tradition, the Goddess Ameretat presided over the plant kingdom, and the God Haoma was lord over-healing plants including those that confer immortality. It’s notable that Haoma is also the name of a specific plant used in religious worship in present-day Iran.

Egyptians had the plant God Uneg, while ancient Aztecs had the flower prince, Xochipilli, who also ruled over games and the hours of the day (this would make a great deity to call on to bless a clock garden-one in which plants open at specific hours so you can tell the time by them).

In Baltic traditions, Zemyna is the mother of plants who is invoked with the words “she who raises flowers.” Pre-Columbian Peru had Chasca Coyllur, the God of flowers, who protected young maidens, and in Tibet, the demigods, called Vidyadhara, possess the knowledge of using the supernatural powers of plants. These beings often bore garlands of flowers as they flew on the winds (the Air Element, psychic aptitude).

The Chinese immortal known as Han Ziang-zi could make flowers grow and bloom at will (it’s not surprising this character is often depicted with a basket of flowers). Another illustration from China is the lore surrounding chrysanthemums. Here chrysanthemum petals endow vitality and long life because of a myth about immortality. The story goes that a young man fled to the Valley of Chrysanthemums to avoid the emperor’s wrath. He was thirsty and gathered dew from chrysanthemum petals to drink, which gave him eternal life.

Honoring the Divine with Flowers 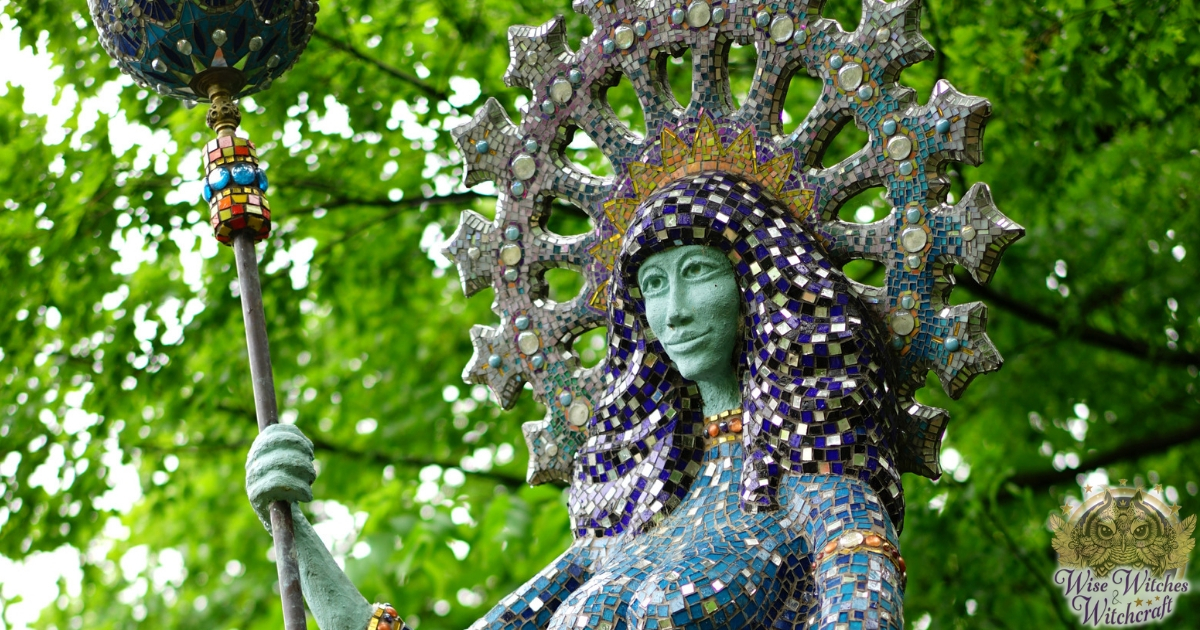 From these tales and others like them, it’s easy to see that the lives of mortals, heroes, and Gods have often been influenced in some way by flowers and plants. At first glance, these stories may not seem all that relevant to modern magickal practices, yet many practitioners choose to call on one or several Gods or Goddesses to bless and energize their spells and rituals. Knowing which ones rule over specific plants and flowers is very helpful in designing magickal efforts.

How? Well, let’s look at the lily for example. Lilies are sacred to Venus, Juno, and Kwan Yin. So, individuals working with any of those Beings can use lilies in a specific spell or charm. Alternatively, you might call respectfully upon one of these Goddesses as part of an invocation to empower the charm. You can also place suitable flowers on an altar, burn lily incense, or bathe in lily-scented water before enacting a ritual where any of these Personas play a key role.

While it is not necessary to involve the Gods in metaphysical methods unless you so choose, it is an idea worth keeping in mind. When you feel you’d like a little extra universal energy to give your natural magick a nudge, the God/dess can certainly help. Besides acting as a manifesting force, He or She can guide the magick safely to its mark, so it truly works for the “greatest good.” 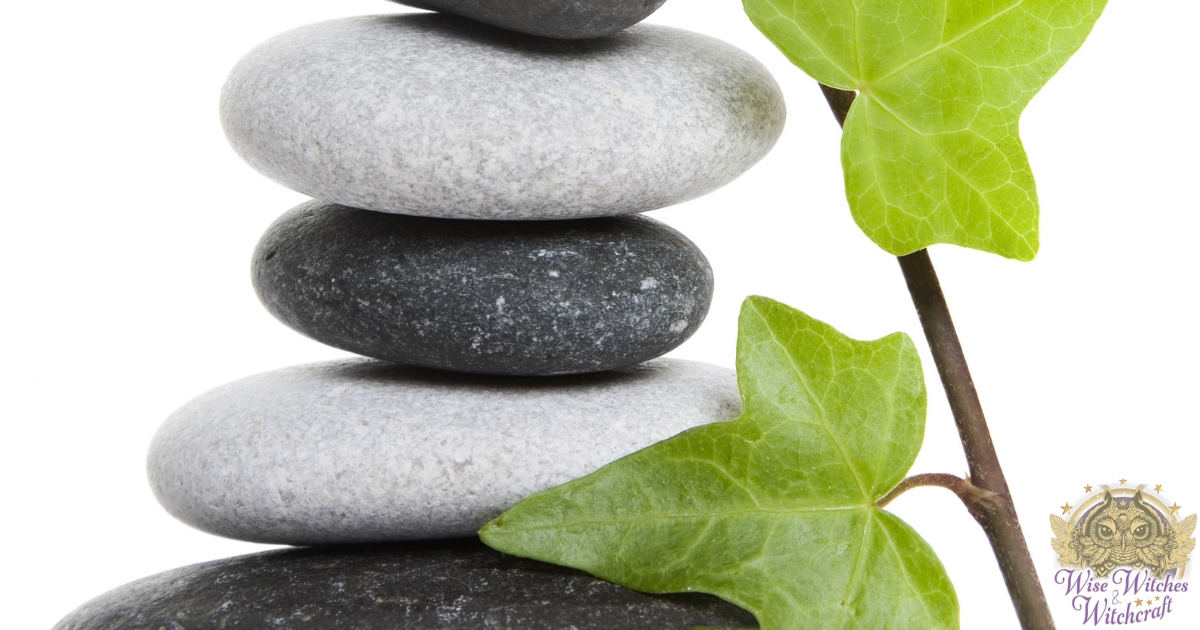 In meditation or dream work, the God/dess who presides over specific plants can teach you about effectively using those items in your magic. From a devotional standpoint, it pleases your patron or patroness when you take the time to learn about (and use) the magickal flowers, herbs, and plants that are sacred to him or her. Finally, if the plants and flowers associated with a specific God or Goddess keep appearing in your life, knowing with whom they’re associated could provide you with an important clue to an important Divine message.

The only caution in working with Gods and Goddesses is this: Make sure you respectfully educate yourself about the Being upon whom you call (like how to pronounce his or her name) and honor him or her appropriately in your sacred space. Just as you would not randomly open your door to a stranger and ask for his help, the God/desses upon whom you call should be those with whom you’ve developed a special rapport-be it from your path, your culture, your personal experiences, or from your family. This will make your connections with them much more meaningful and spiritually fulfilling.

All told magical flowers, be they beloved of a God or your lovely Aunt Martha, are simply a delight for the eyes and soul. Go Flower Power!

Adapted from “A Floral Grimoire,” by Patricia Telesco. All rights reserved. 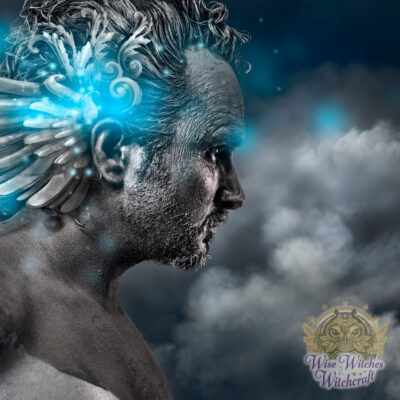 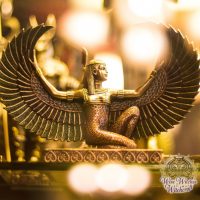 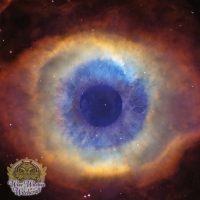