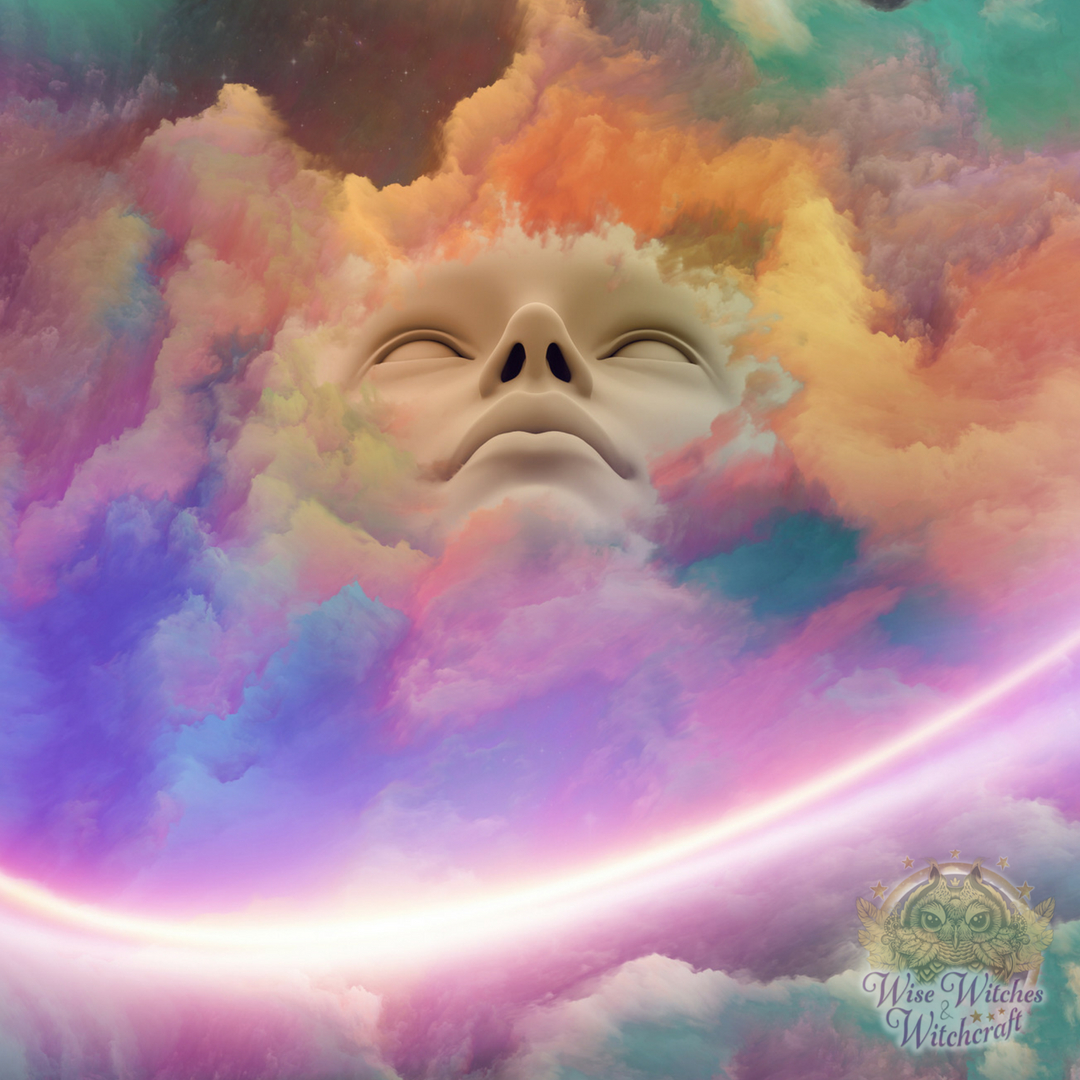 “People think dreams aren’t real just because they aren’t made of matter, of particles. Dreams are real. But they are made of viewpoints, of images, of memories and puns and lost hopes.”
― Neil Gaiman

It’s a quiet night and your sleep is deep. Images begin swirling. Perhaps they mirror something that happened to you during the day – something you heard, saw, or experienced. Perhaps they seem wholly tangential and somewhat baffling. On average everyone has about 3 dreams a night even if they don’t recall them. When we do remember our night visions, many believe that they bear important symbols and messages that can help us in our daily life and spiritual pursuits.

Dreams as Old as Time: The History of Dream Intrepretation 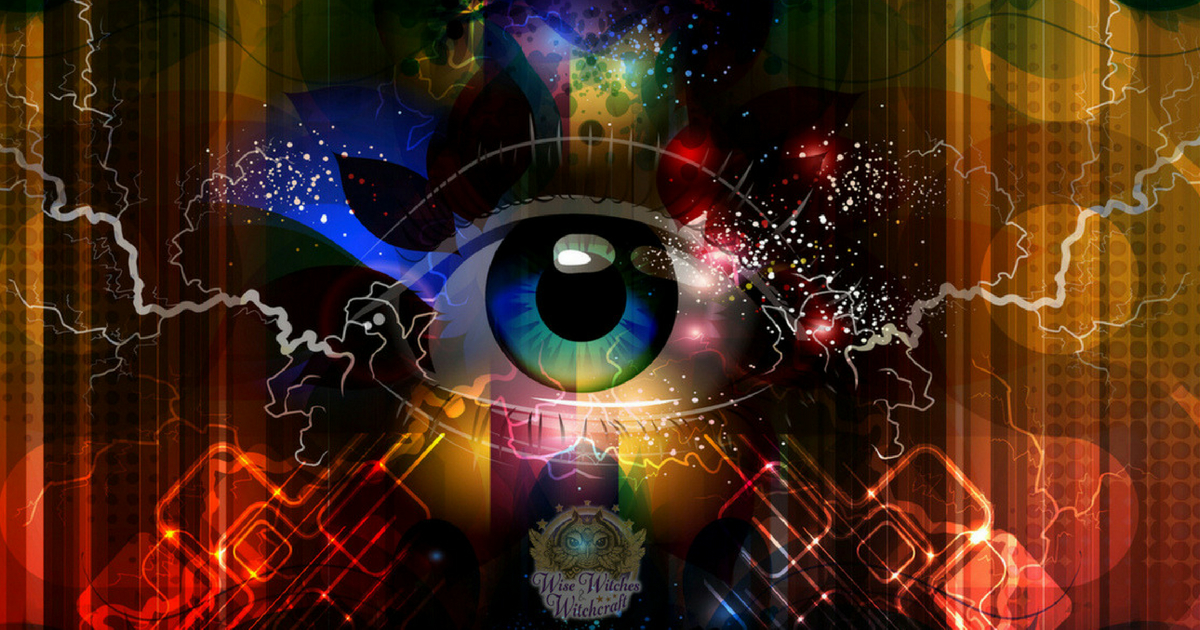 Around 2000 BCE, the Egyptians committed dreams to papyrus. Those who had highly detailed dreams were among a special few blessed by the Gods. The Egyptians in nearly modern-minded fashion trusted their dreams for prophetic insights or important messages from a Higher Power. This was so important that they created special dreaming spaces where one could seclude themselves in a sanctuary trusting for that all-important dream to come.

What does your Dream Mean?

Dreams begin in our subconscious mind. This space is somewhat like a filing cabinet. Your mind puts all manner of data in there, even things you don’t consciously notice. That means you have a ton of information kicking around, and your brain needs a means of sorting and integrating. Dreams help with that process.

More importantly dreams tell us a lot about ourselves and personal perspectives. Because they’re like a movie, you can “watch” them with more detachment and glean important lessons. Say you dream about a discussion with a co-worker. In the dream you notice a part of the conversation that you totally missed by day (and discover it was important). When you wake up, you can manage that omission.

On a deeper level, some dreams have symbolic meanings for you to uncover. We say SOME because the vast majority of our dreams are simply tidbits from daily life. However, periodically our subconscious, Higher Self or even a Spirit breaks into that dreamscape with an important message.

A lot of times that missive takes on the form of emblems or representations. That’s when dream interpretation gets a bit tricky.

If you’ve ever worked with a spirit guide or Angel, you know that many of their communications aren’t verbal. In order to convey something, they use symbols which are kind of like the Universe’s dictionary. The more we learn about the language in that dictionary, the more we also understand the details of what that Spirit (for example) is trying to convey.

Let’s put this idea into an example. Say you went to bed worried about a choice you decided to make. You have a dream that’s filled with green – green leaves, green grass, green clothing, green cars etc. Where those items are placed on your dream’s stage really doesn’t matter because the overall theme is GREEN. It’s jumping out at you saying, “Pay attention to me!” Now, in our mundane lives many people associate green with GO because of traffic lights. In metaphysical traditions green represents growth and renewal. So effectively you just got the GO ahead for moving in the direction you planned from the proverbial “powers that be.” 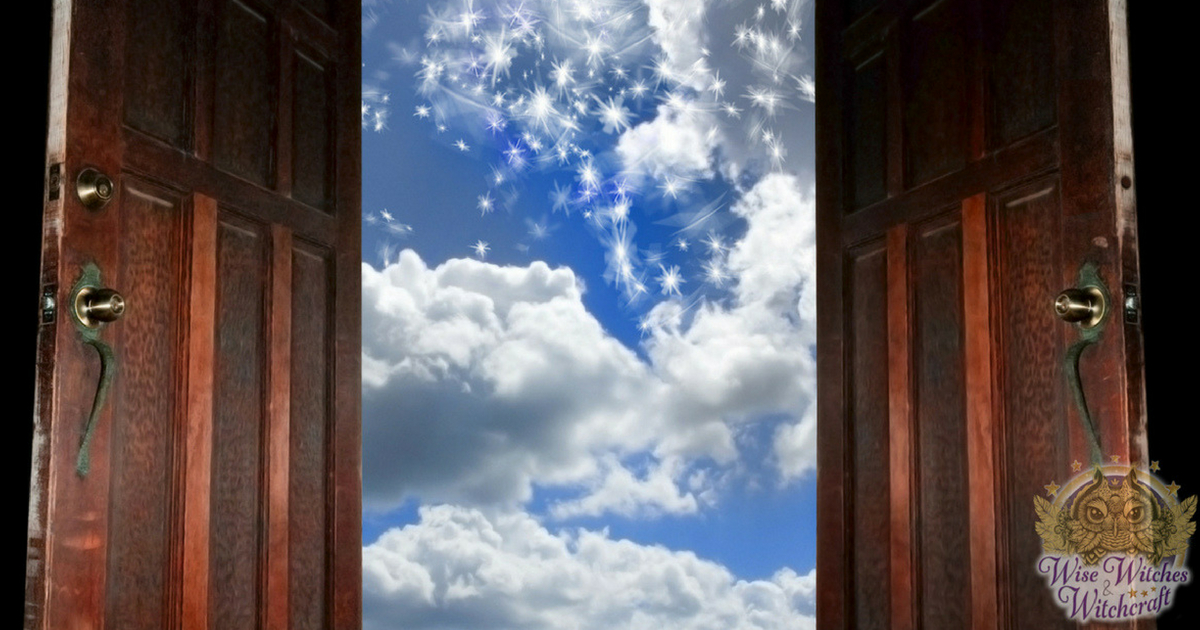 In order to analyze your dream, first you have to get all the details straight. Keep a recording devise or pen and paper by your bed. Write down everything you recall about the dream the minute you wake up. The longer you wait, the fuzzier memories typically become. Now you’re ready to start.

Mentally review your dream for major characters or patterns including:

Well… you get the idea. Write that information down. Fill in as many details as you can from start to finish like you are writing a story. Don’t try to make any hard-and-fast hypothesis at this juncture. Just focus on the content (just the facts, Jack!). Date the dream and give it a good title.

Next note any immediate feelings you had after the dream. Were you happy? Sad? Frightened? Emotions are a symbolic framework too. Also make a list of single words describing your dream’s characters. For example, you dream of a dog running across the street and into a building. Your key words are:

Now, what do each of those words immediately bring to mind? Dog might be a faithful companion. Running is swift movement (perhaps liberating, perhaps in fear). The street could represent travel or new directions (if you see a street name – make note!). The building is a safe haven. So, bundled together you have had a dream about a friend who is making a move of some sort and it will turn out just fine!

Is Your Dream about You?

In this last example the dream had nothing to do with you but for the fact that you know about your friend’s situation. However, there is a saying among psychologists that goes something like “everyone in your dream is you.” So, what about this dream also applies to your life right now? Are you being a good friend, for example? Looking at dreams this way provides different levels of meaning – you’re peeling it much like an onion looking at each layer separately and together.

It should be noted that some dreams are cloyingly elusive. Either nothing stands out from your key words, or there seems to be too much information for any type of focused interpretation. Don’t worry about it. Come back to that dream in a day or two – or even weeks later. Re-read it. Most often something pops out at you and there’s an “ah ha” moment.

Additionally, dreams may have a completely different meaning tomorrow than they do today. Your perspective shifts and changes every moment of every day. So, if you keep a dream journal, take a walk down memory lane from time to time. See what awaits you. 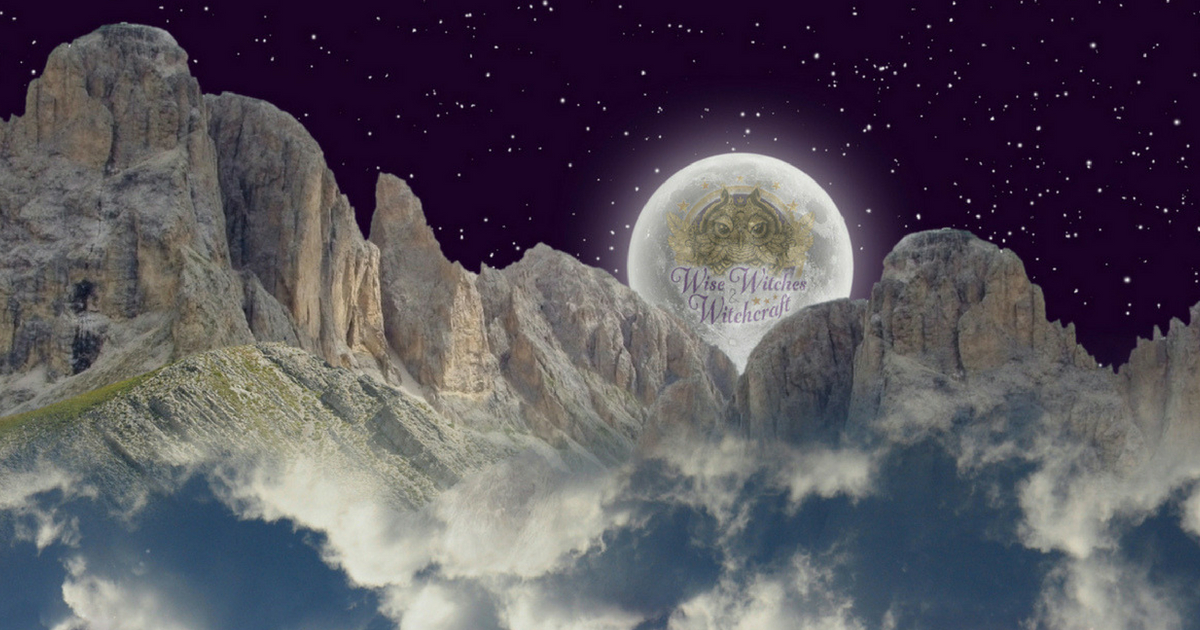 Once you get to the heart of a dream the next step is figuring out the best way to apply what you’ve gathered. It’s kind of like spell work – once you’re done, you have to follow through or it’s kind of a waste of energy. Certainly, there is intellectual appeal to unraveling a dream’s mysteries, but that is only one part of a much bigger picture.

Ask yourself various questions. For example, does the dream:

1. Encourage specific actions in your life now or soon?
2. Illustrate an unhealthy habit or thought process?
3. Appear to be a warning about someone or something?
4. Apply to a specific situation in your life currently?
5. Deliver a message of some sort for you or someone you know?
6. Include personally meaningful symbolism, phrases, songs etc?
7. Seem to be about an event in the future?

As you answer those questions and combine those responses to your overall dream interpretation, your path for action should become pretty clear. So, get moving! 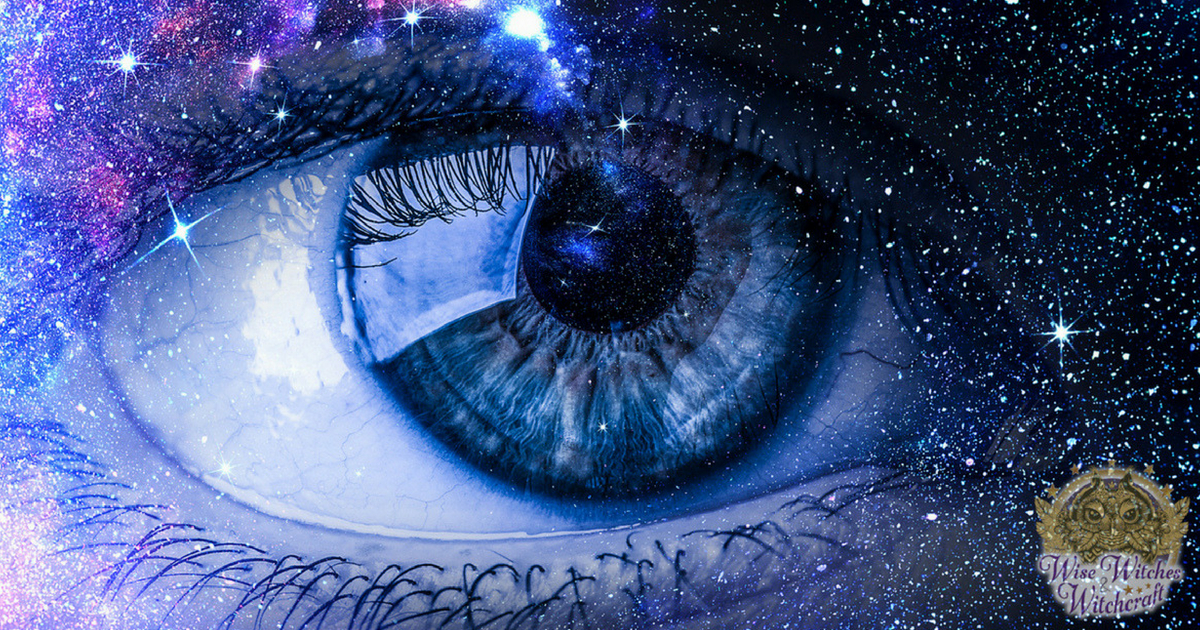 Now, since you have a little magic mojo why not use some of that know-how to inspire spiritually-centered dreams? There are a lot of aromatics, flowers, herbs, and woods known for their impact on our sleep time. You can use any one of these, or several in combination for a dream sachet/pillow. Alternatively, if edible – drink some as a pre-sleep tea. Add an incantation while you put your components together like:

“Dreams be clear; sleep be kind
bring visions to my resting mind
Each word heard, each part I see
Commit to my memory.”

Magic Herbals for For Vivid Dreams

* A dream during which you remain aware that you are dreaming. As a result, you may be able to change the way the dream rolls out, or interact with it in some manner.

Dream Dictionaries as a Launching Point 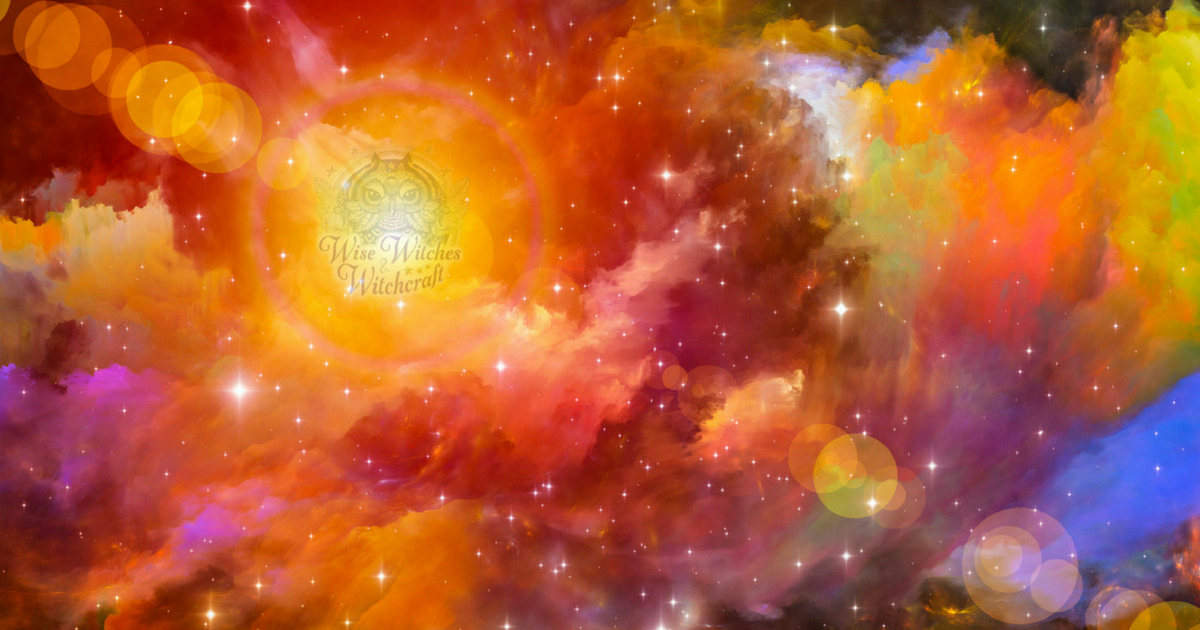 There are literally hundreds (if not thousands) of books and websites dedicated to dream interpretation and symbolism. These can be helpful with a caveat. You know your mind better than anyone else, even an “expert” writer. It doesn’t matter if the books says an apple in your dream means good health. If you got sick on apple pie, that meaning doesn’t make any sense. Always, always (did we say always?) stick with symbolic interpretations that ring true to your heart. You ARE your dream dictionary.