“At heart we are all powerful, beautiful, and capable of changing the world with our bare hands.”
– Dianne Sylvan

Even with the growing popularity of Wicca and related Neo-Pagan belief systems, there are still some age-old questions people repeatedly ask about this lifestyle. More than likely, at least four of these questions will come from your family and friends. So, in the spirit of “forewarned is forearmed,” here they are (in no particular order), along with some answers to help get you off on the right foot.

1. Are Witches evil? (i.e., Do they worship Satan or another malevolent figurehead?) 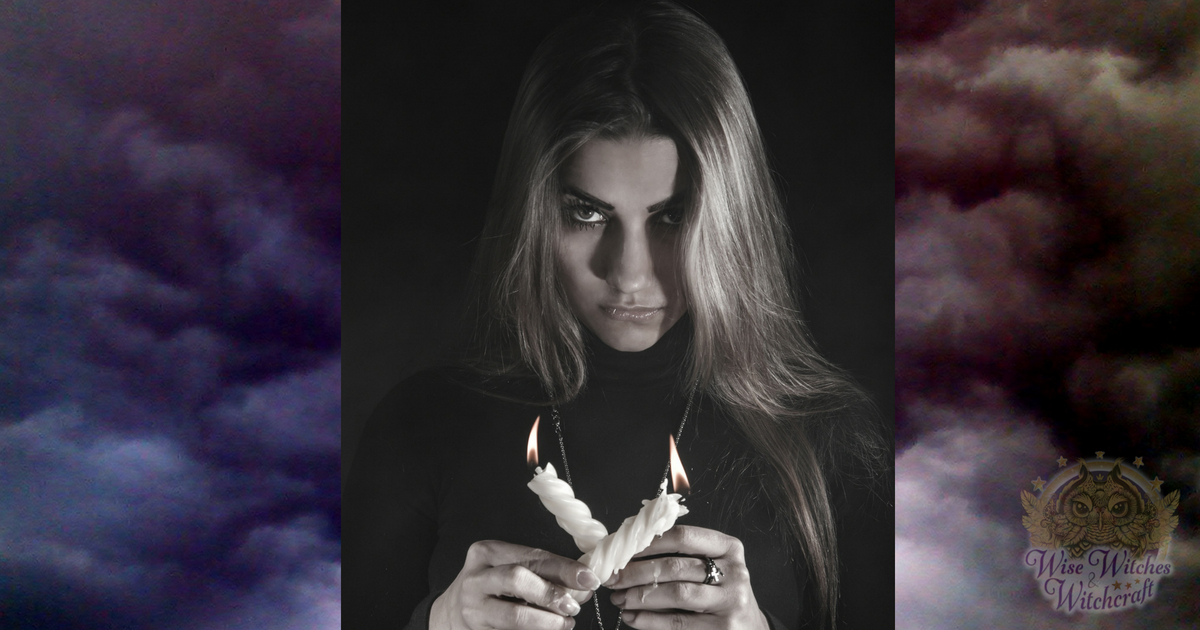 ANSWER: There are good Witches and bad Witches just like there are good Christians and bad Christians. What constitutes “good” or “bad” here is typically motivations, actions, and other behaviors that outweigh any amount of lip service. Having said that, Witches as a whole have gotten a bum rap for thousands of years partially because they worship a being that isn’t part of the “mainstream” belief system. Modern Witchcraft most likely developed out of Paganism, Hebrew mysticism, and Greek and Roman beliefs (among other influences). When churches began to object to those influences, the portrait of a Witch was purposefully demonized, becoming the ugly old hag meant to scare people away. The Devil with His horns were also a clever adaptation of a popular nature god, Cernunnos (the horned God).

This sort of negative characterization of an old religion by a new one certainly wasn’t unique. It’d been done again and again throughout history, but because of people’s superstitious nature, the lack of literacy, and overall fear of the church’s power—the image took firm hold in some quarters. So, while the image remained, the reality of what Witches are and what they believe went mostly unknown until the last century.

In short: No, Witches are not evil, and they do not worship the Devil.

2. Can a person be both Christian and a Witch (or a Shamanic Witch, or a Buddhist Witch)?

ANSWER: Since there are various forms of mysticism in Christianity (for example, the Knights Templar) and in Jewish tradition (such as Cabalists), there is no reason not to believe the basic methods of Witchcraft, specifically Magick, could not be utilized by someone on a Christian path, or that of any other religion for that matter. Things like meditation and prayer are already part of all these belief systems. Individuals are free to blend compatible ideals and techniques together so one does not conflict with or overshadow the other.

3. So, if Witchcraft can be blended with any faith, and there are many types of Witches, how do we know to whom to turn for accurate information? Can there be such a thing as “accurate information” in a vision-driven belief system?

ANSWER: Yes, you can get accurate information, and the best bet is by word of mouth (you won’t find a High Magician, for example, typically listed in the Yellow Pages). Go to several individuals from the specific path or school about which you have questions and see who they recommend (or what books and websites). While you’re still likely to get some differing data, look to the continuity—the phrases or concepts that repeat themselves in three different (unrelated) sources. Those are the things to which to pay close attention.

4. How many people currently practice some form of Neo-Paganism?

ANSWER: Since Witches and Neo-Pagans don’t have churches per se, and some feel the need to keep their beliefs anonymous, getting numbers is difficult. We can however safely say that Wicca encompasses a wide variety of people. Young and old, scientist and artist, construction worker and office worker—Neo-Pagans come from every walk of life, and only a handful of them grew up in Neo-Pagan homes.

5. Is there one predominant form of Witchcraft?

ANSWER: One common denominator in Neo-Paganism is the practice of the cunning arts (folk Magick and kitchen Witchery). These simple, hearth-and-home approaches to Magick are represented in nearly every metaphysical path. While the words and actions may vary slightly, the core of these approaches come out of daily needs, symbols, and experiences.

Folk Magick and kitchen Witchery came out of the practices of common people who did not have superstores or computers. These people creatively turned to on-hand items that made sense regarding their goals. The reason this tradition has remained so strong is that it’s incredibly adaptable, and works marvelously in our frequently time-challenged, budget-oriented world.

6. Why don’t Witches have churches or something similar? 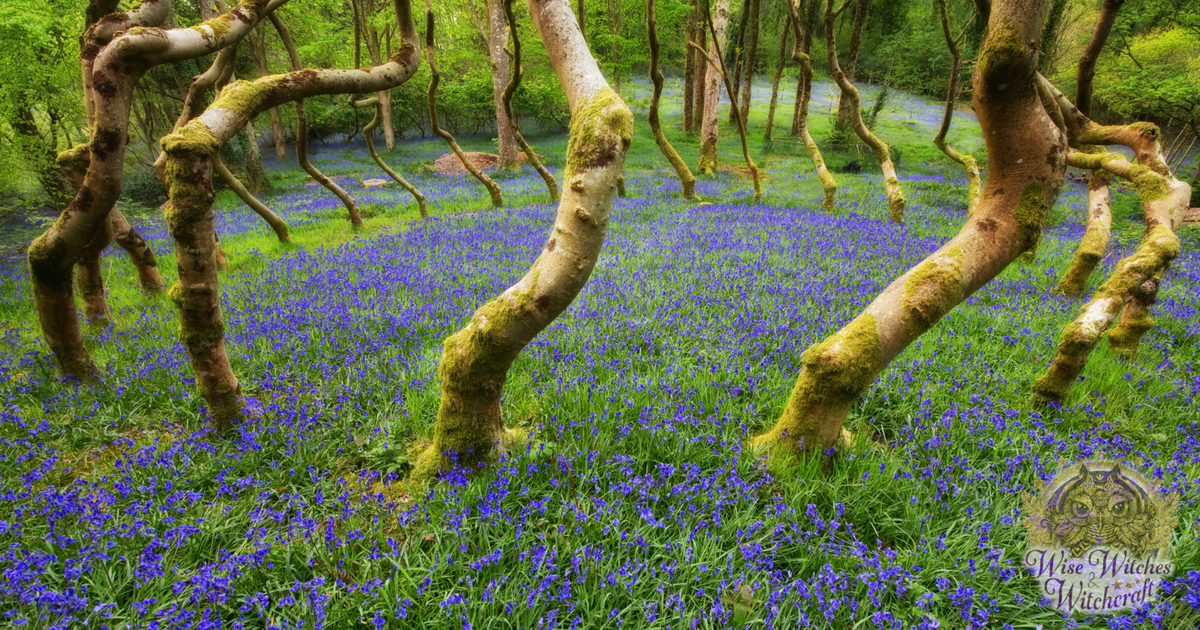 ANSWER: There are a variety of reasons. Someone once said, “The groves were the gods’ first temples.” Combine this sentiment with the Pagan love for nature, and you begin to understand why walls wouldn’t be very important. When you see God/dess as within and without all things, a specific location even seems a little silly, but for the convenience of assembly.

Add to this foundation the idea that walls imply exclusivity rather than the inclusiveness implied by the magic circle in which we gather for ritual. We do not wish to keep people out. Even more important, since our community is stretched across the world, and highly diversified, where exactly might one put a “church?”

Witches believe that sacred space is truly a matter of attitude. It can be wherever you are, simply by shifting your awareness. That’s not to say some efforts aren’t underway to have tracts of land dedicated to our faith. Numerous groups around the U.S. are buying acreage to have a permanent spot on which to hold gatherings and festivals. Again, however, these gatherings are typically not limited to any one school of Magick. They are open to all in the spirit of sharing our common bonds and celebrating diversity.

7. So how does someone who’s interested in the Craft or any form Neo-Paganism find other Neo-Pagans?

ANSWER: Since Wicca and other Neo-Pagan traditions have never been mainstream until recently, people developed strong networking ties. As one met another, they exchanged addresses, shared information, and created an infrastructure based on good communications. We utilize every means that can potentially keep people “in the loop” including U.S. Mail, the Internet, and bulletin boards at health food shops and New Age stores. It can take some time to find a person or group through this method, but thanks to computers it usually doesn’t take too long. There are some very good magical teachers on the internet, just check their credentials.

8. Is there anything of which to be wary?

ANSWER: Of course. Any time there is an emotional or spiritual up-swell, keeping a healthy dose of common sense, skepticism, and objectivity in your back pocket is a good thing. With New Age lifestyles becoming a big-ticket business, there are going to be individuals, groups, writers, teachers, and shopkeepers who get involved only to make a buck, feel powerful, or to massage their ego. Unfortunately, that’s human nature.

If you follow those four simple guidelines, you’ll usually avoid the users, drama queens and kings, and other high-maintenance people.

9. I hear a lot about spells and rituals—what type of results do these techniques produce?

ANSWER: That depends heavily on both circumstances and the practitioners. In Magick, it’s very important that a person understands what he or she is doing and why. It’s also important to have a strong mental and spiritual connection to not only the process but all the symbols used in it. Without that connection, without focus, without will or faith, nothing’s going to happen. To put this into context, think of all the prayers recited without thought in church—many people have no real connection to what they’re saying; it’s just rote, so no energy goes into it. Magick works similarly—there must be feeling and comprehension to drive manifestation.

Regarding circumstantial issues—spells or rituals that get interrupted by the phone, a neighbor visiting, or whatever, often don’t work simply because the focus gets lost. So, the results from Magick can be absolutely nothing to the nearly miraculous depending on these factors.

10. If that’s true, what’s with all the hocus-pocus on TV and in movies?

ANSWER: Let’s face it, real modern Magick isn’t that exciting to watch. There are no flashing lights, no instant hair color changes, no floating or flying, and no frogs! TV and movies are looking for audiences, and BIG effects mean big bucks. These representations rarely have anything in common with the magical community.

ANSWER: Those individuals practicing a positive spiritual path are loath to consider such a dramatic invasion of someone else’s life and free will as this. Nonetheless, we’d be lying if I told you it never happened. Neo-Pagans are just like everyone else—sometimes they get pressed to the wall and feel the need to fight back.

12. How do Witches and Neo-Pagans feel about science and technology, since so much in these fields seems to be completely contrary to Magick?

ANSWER: Yesterday’s “Magick” is today’s science and technology. Even one hundred years ago the concept of flying beyond earth’s atmosphere was nothing more than a fantasy. The first forms of chemistry were based on alchemy (a mystical and metaphysical art/science). So, Neo-Pagans see clearly that the magick we use today can have some type of expression in the science or technology of the future.

Additionally, it’s important to note that our ancestors looked to everything in and around their lives as having potential Magickal applications. Many modern Neo-Pagans (what we call techno-pagans) do likewise. They employ everything from computer memory chips to microwaves as symbols and tools to assist in spiritual goals. This is another way that our Magick grows and changes to keep up with our times.

13. Don’t all those changes make things very confusing even for people who have practiced Magick for a long time? 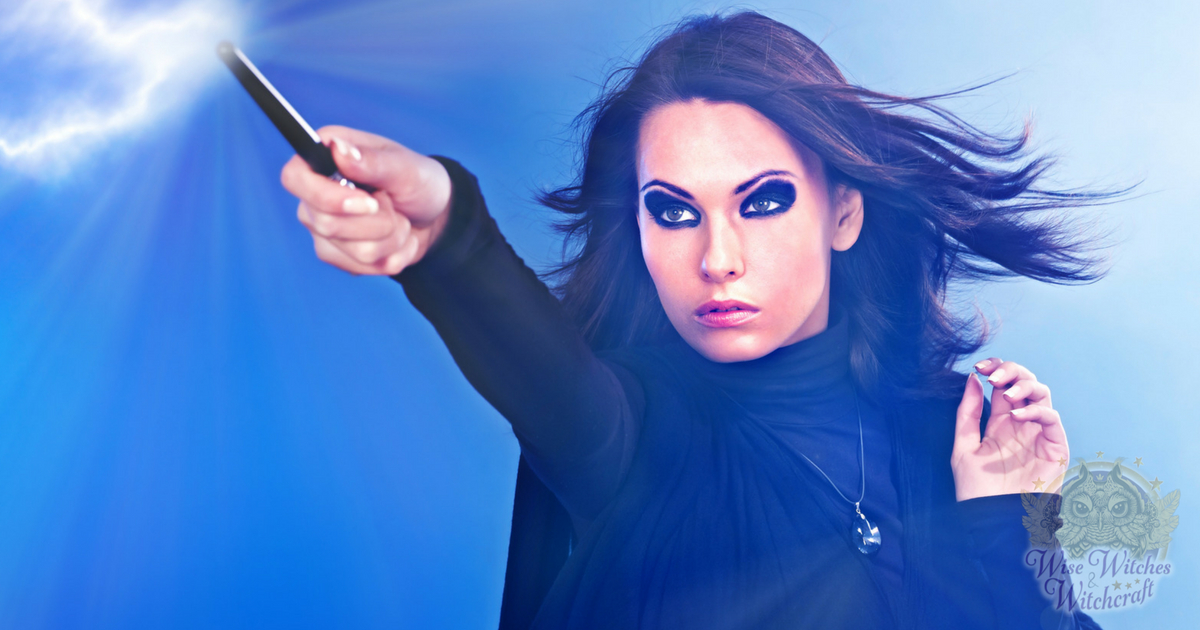 ANSWER: Not really. We believe that Witchcraft needs to be forward-looking or it will stagnate and die in mounds of dogma. As we learn more about our universe, our practices integrate that knowledge so that fact and faith can work hand in hand. Additionally, these on-going transformations help us to focus on why we do what we do, not just how we’re doing it. In other words, the individual internal changes are just as important as those in our world.

The ongoing transformations in Wicca, Witchcraft, and Paganism are powerful and affirming. For example, For a very long time, Witchcraft was considered a woman’s art that included midwifery, healing animals, and helping wayward lovers! But what about the guys? Even today if you were to ask a dozen people if there are Male Witches, several would have no real answer. Did you ever notice that all the “good” male characters on Charmed are White Lighters (a New Age term), not Witches? Even so, The New Age movement gave Witchcraft and Paganism a new spotlight and sense that they could show themselves without as much prejudice. Many now gather together in public parks or on private land, celebrating openly and freely, as it should be.

We remember the past, and look to the future excitedly, wondering what other Magick the world will offer us in the days and years ahead.

Based on the “Teen Book of Shadows,” by Patricia Telesco. All rights reserved.