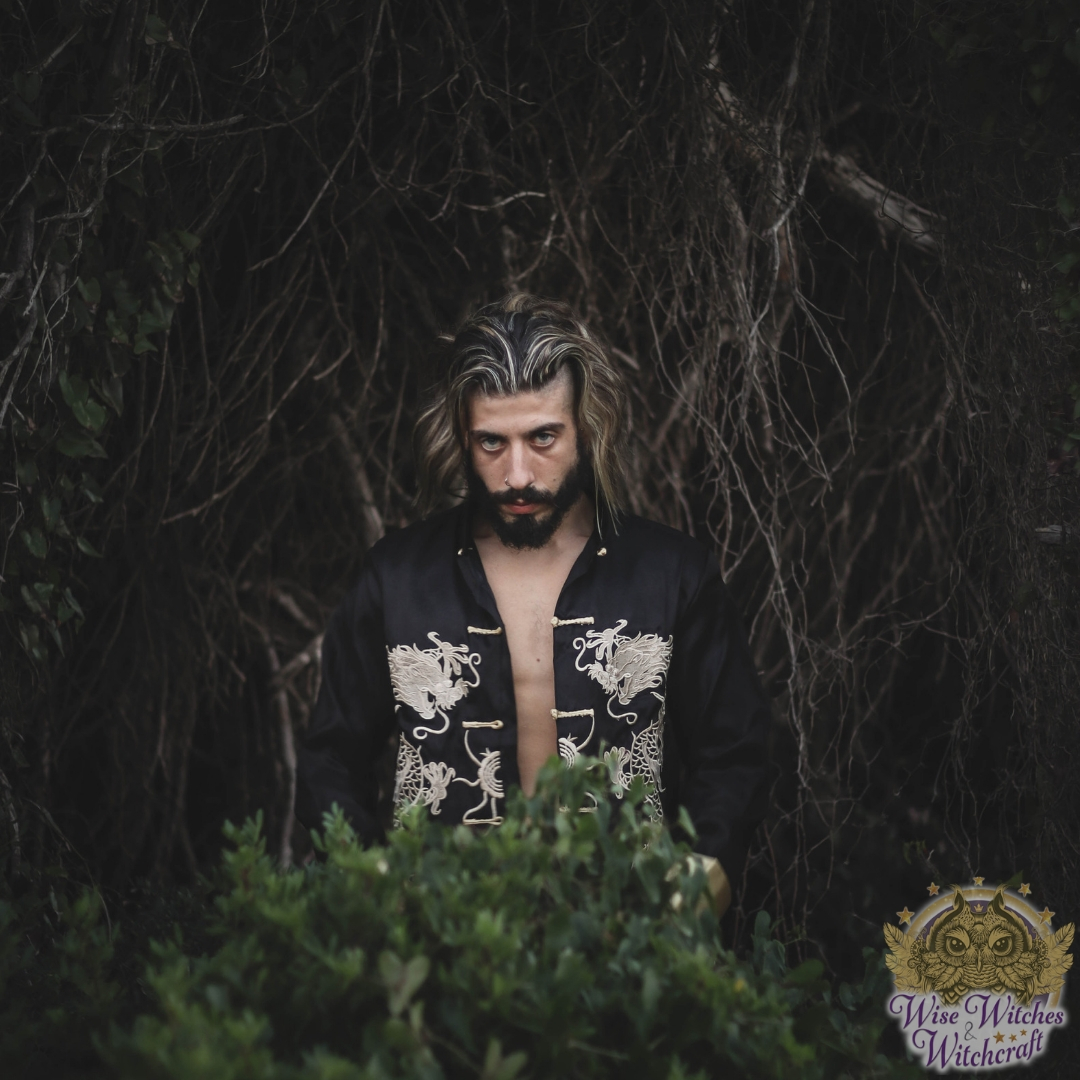 ” I confused things with their names: that is belief.”
– Jean Paul Sartre

When you think of someone practicing Witchcraft or Wicca, most people visualize a woman standing over a cauldron weaving her wonders with roots, herbs and a spell or two. But what about men? Are there male Witches and if so, what are male Witches called?

Some folks who have been around magical circles for a while might laugh a bit at this question. Yet the inquiry comes up time and time again. There is no doubt that in the communal mind Witchcraft has been heavily populated by women. However, there is certainly a place for men in Wiccan circles. In fact, male energies and characteristics help maintain balance in our rituals and other workings. ”

What Are Male Witches Called? 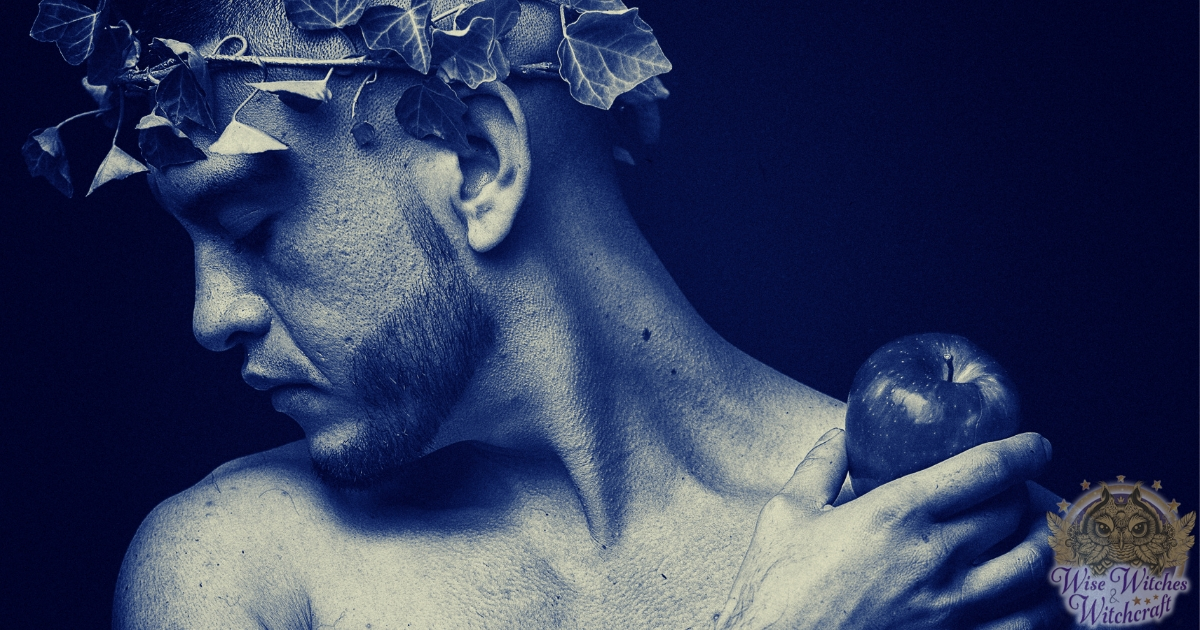 In a brief review of Wicca and Witchcraft traditions, you see tons of polarity. There is the celestial example of the Sun and the Moon, the Elemental divergence of Fire and Water, and the daily cycle of light and darkness. Most importantly to this discussion, among religiously oriented magicians, there is the Goddess AND the God. The universe illustrates this symmetry in every corner of creation.

So it is that men are involved in various forms of Witchcraft from Traditional Wicca or initiatory practices like those of Gardnerian Covens to being a Green Witch or Solitary. There is really only one circle in which men are rarely found and that is Dianic Wicca.

Dianic Wicca groups focus on the Goddess and the ideals of feminism. They also work toward healing injured women, which is very intimate. Note, nonetheless, that Dianic Witches encourage men to create similar covens for teaching and celebrating men’s mysteries.

Is a Male Witch a Warlock? 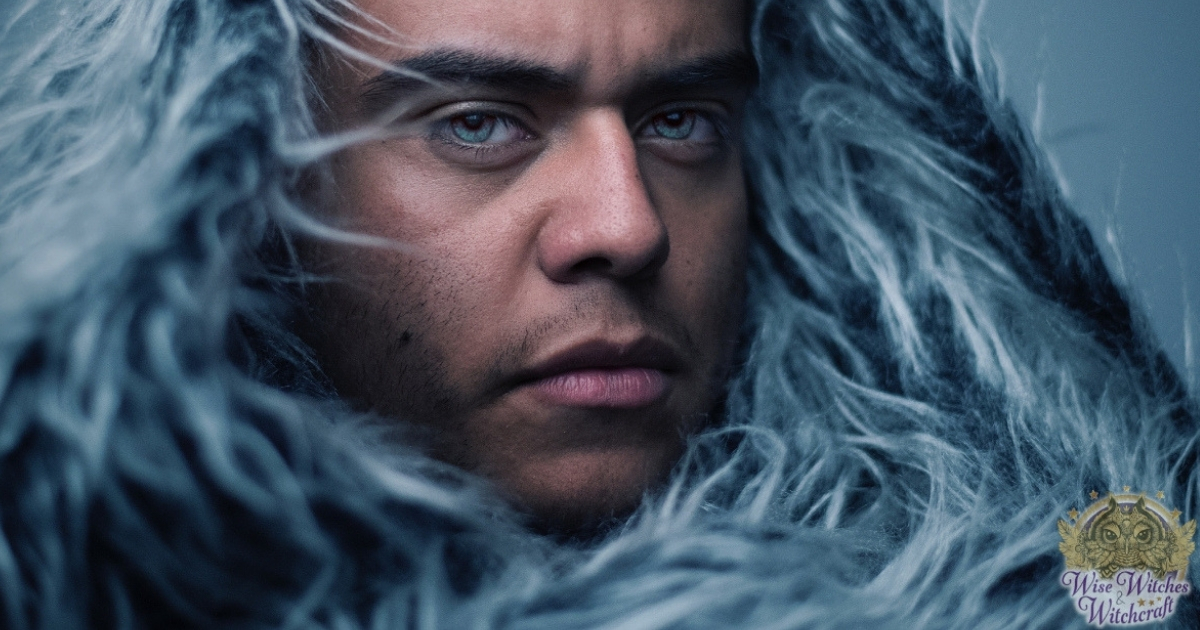 Historically speaking the term Warlock was used by the Church as a derogatory term for male witches (who they saw as no better than their female counterparts). The Scottish custom was more positive, seeing warlock as simply a wise wizard, an occult practitioner or male witch. Here the label moved from social circles into fictional literature where it pretty firmly remains.

Some male Witches may decide to use the term Warlock as a self-identification. The majority, however, usually avoid this label. When we look at the Old English term from which Warlock originates, we see it means traitor or someone who breaks sacred or legal vows. Another connotation is the Warlock became such because he was banished from oathbound traditions for revealing their secrets or ignoring coven strictures.

What of the Wizard or Sorcerer? Are they Witches or Wiccans? 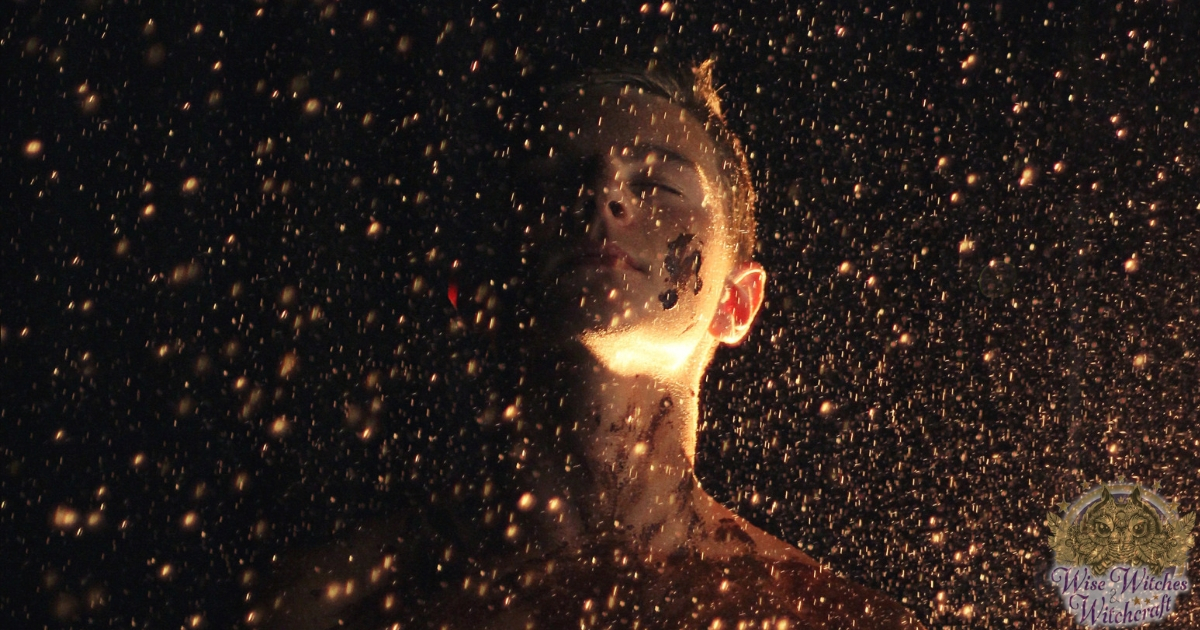 When we speak of Wizards, we enter the realm of alchemical study. Here you find a blend of metaphysical philosophy and practice alongside scientific methods. The Wizard seeks to use these tools to understand the complex nature of all things, and eventually put that knowledge to good use.

In history, people regarded Wizards as one who wields mystical powers and magic. In truth, a true Wizard (vs. a charlatan) gained a lot of respect simply because he was a student of Nature who could explain these forces in simple yet supernatural ways. They indeed practice magic, and some may have elements of Wiccan beliefs or practices as part of their path. It is really up to the Wizard to determine what other designations if any, he chooses to accept.

The word Wizard first appeared around the 14th Century (CE). Linguistics feel it came from terms that equated to a person who is wise. The word “wizen” still remains in use for describing a person who is prudent, astute and judicious.

As for the Sorcerer, this person mastered their arts thanks to being born into a magical family. Our ancestors saw the Sorcerer as one with power over the Spirit world and a refined diviner. The term appears in the early 1500s CE from French or Latin foundations. In both instances, the name implied a lot caster and fortune teller.

We do find familial forms of Witchcraft and Wicca called Hereditary Witchcraft. This witch learns their craft by oral tradition and commits it to memory. Spells, medicines and folk magic are central to this Tradition. Hereditary Witchcraft bears some similarities to traditional Shamanism. So it is possible that a Sorcerer may have connections to modern Wicca.

Witches and Wiccans: A Gender Bender? 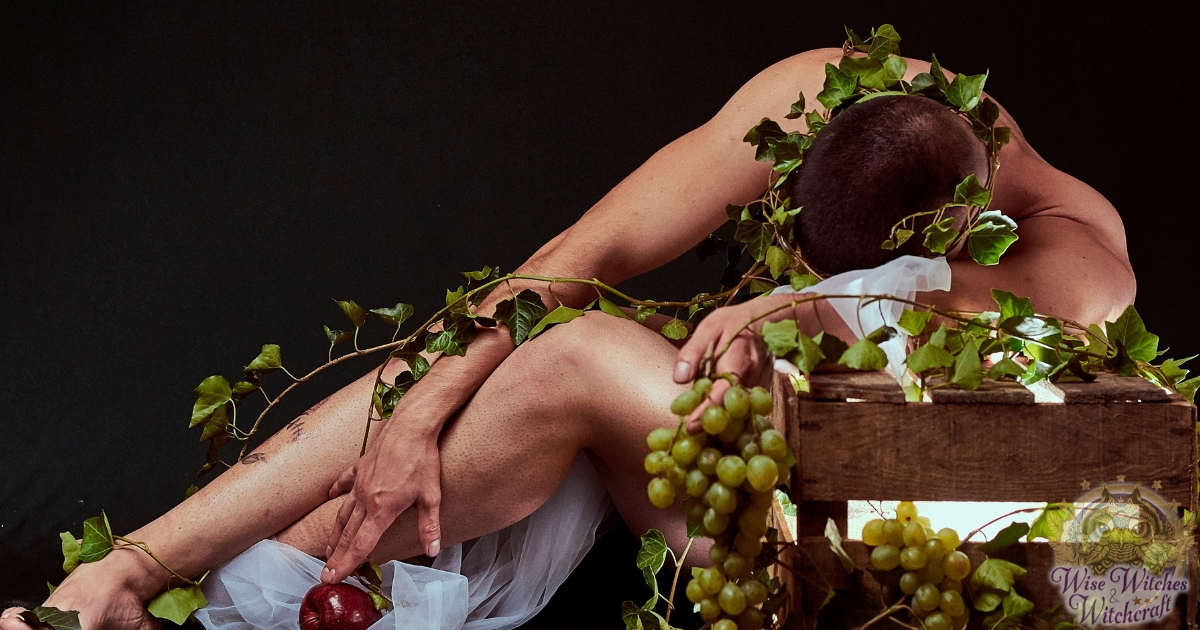 There are certainly feminine overtones to Witchcraft. However, when you look more closely at the sacred Masculine, you find traditionally male characteristics ascribed to powerful archetypes. Think of the Gods of War like Mars or the Greek God Kratos who presided over physical strength, personal power, and self-government (often concerning the monarch). There are more than enough positive masculine role models in divine myth with which a male practitioner can connect be they Priest or Bard, Sage or Warrior.

Yes, many women have or need these types of attributes, and some Goddesses offer similar inspiration. Vis was a Roman Goddess of strength and might, Shakti is the Hindu Goddess whose creative powers are the source of the Universe and Athena the Greek Goddess called a “friend to warriors.”

A caveat here: Both men and women can seek out Gods or Goddesses or both for personal devotions.

Besides the Divine showing us how the male energy plays a role in our spiritual search, Wiccans strive for various goals, including mutual respect and equality for all people, no matter their gender identity. When a group or community works together for shared purposes, everyone benefits.

Some men struggle with finding their role in the Craft, so they find themselves drawn to belief systems that show them specific guidelines and functions for male practitioners, one of which is Gardnerian Wicca. From there they may decide to move into another Wicca Tradition or remain a Gardnerian. It’s important to be comfortable in your choice of magical parameters.

Wrapping It All Up: What Do You Call A Male Witch? 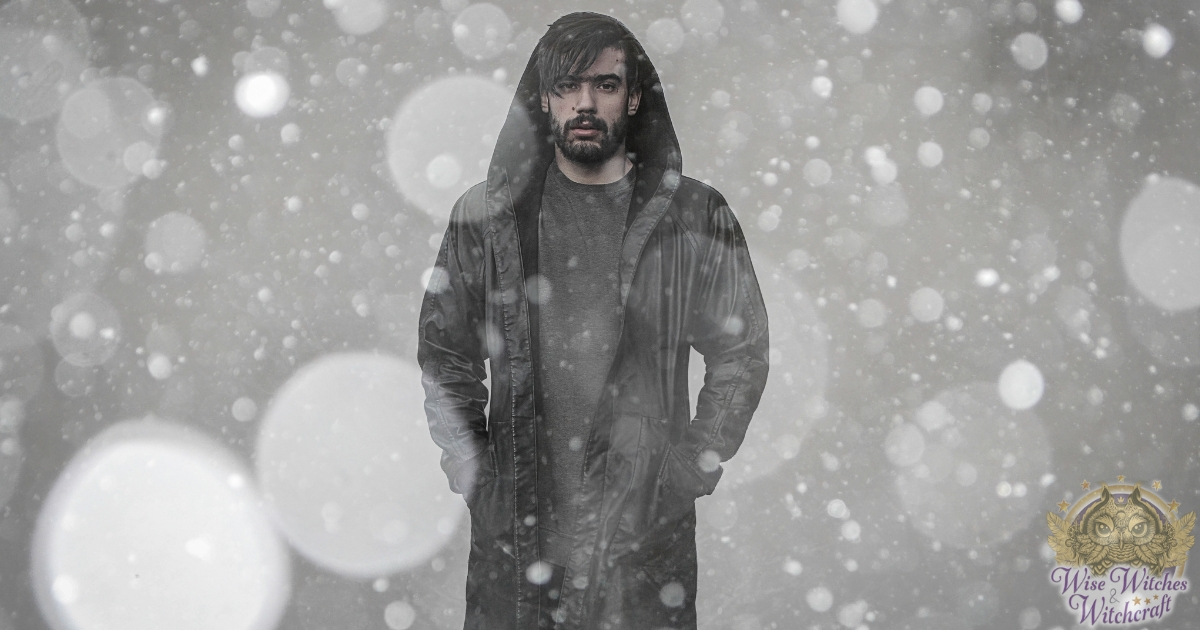 (Smile.) By now you’ve probably guessed that a male Witch is called a Witch! Magical callings offer a great deal to men just as they do women. If you are new to metaphysical practices, seek out other men already practicing for guidance. There are also books readily available like Isaac Bonewits’ The Pagan Man, Dragonet Dewr’s Sacred Paths for Modern Men, Christopher Penczak’s Sons of the Goddess: A Young Man’s Guide to Wicca And Michael Thomas Ford’s The Path of the Green Man.

-Find your inner God; Walk the path of a Male Witch. 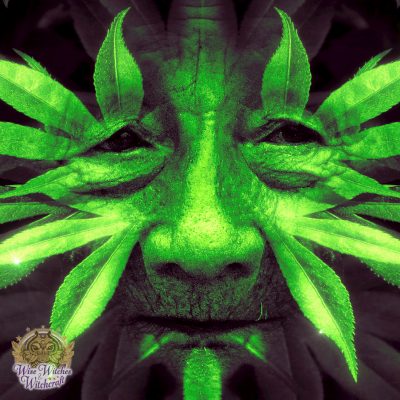 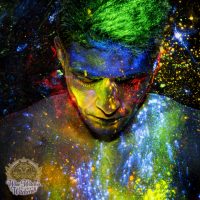