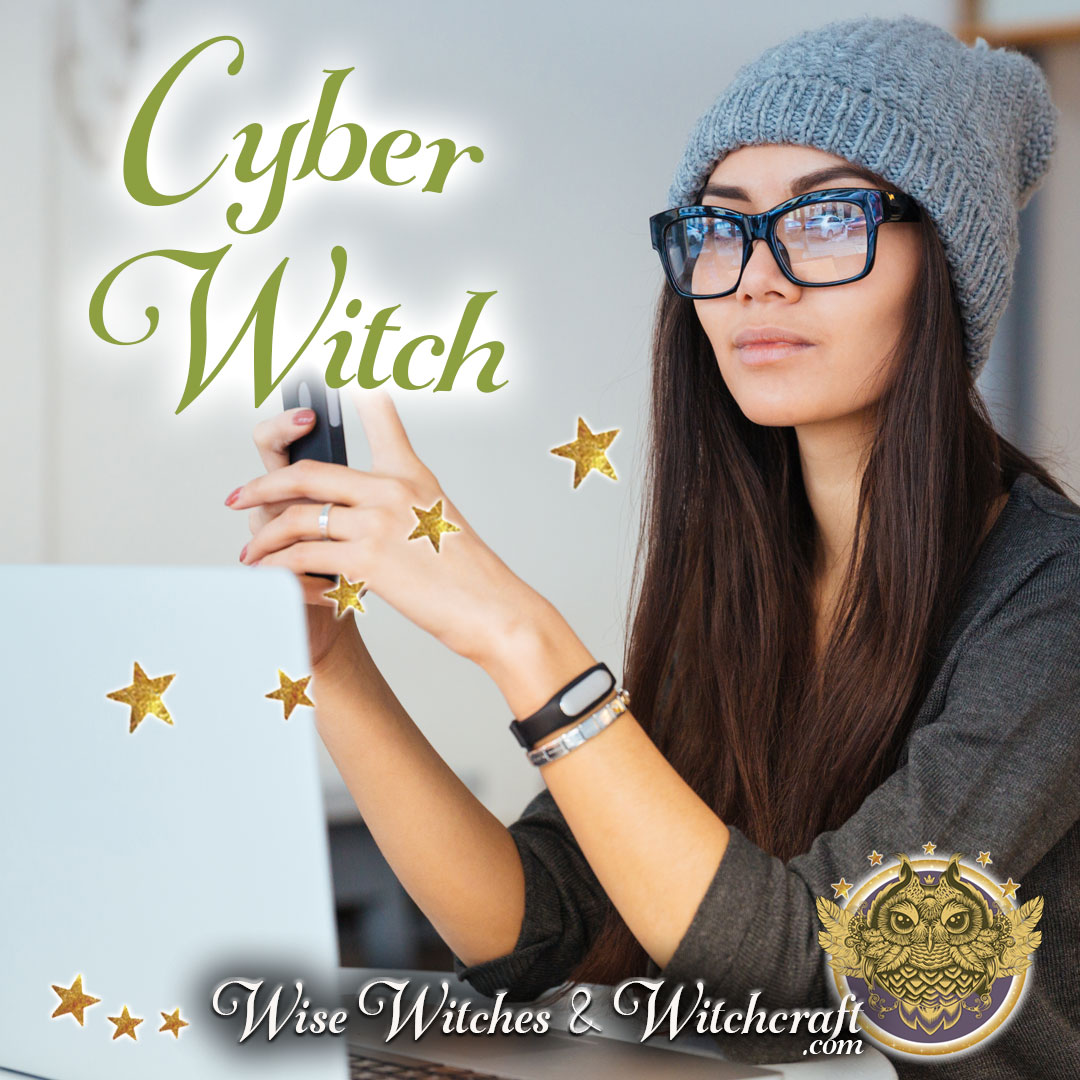 “The witches are firm believers in reincarnation, and they say that, ‘Once a Witch, always a Witch.”
-Gerald Gardner

If you are a dyed-in-the-wool geek, who loves everything new, shiny and on the cutting edge of computer advancement? Does the idea of creating a personal spiritual practice using the Internet proves tempting? Then you too might be a Cyber Witch.

The Mind of the Techno-Witch or Cyber Pagan 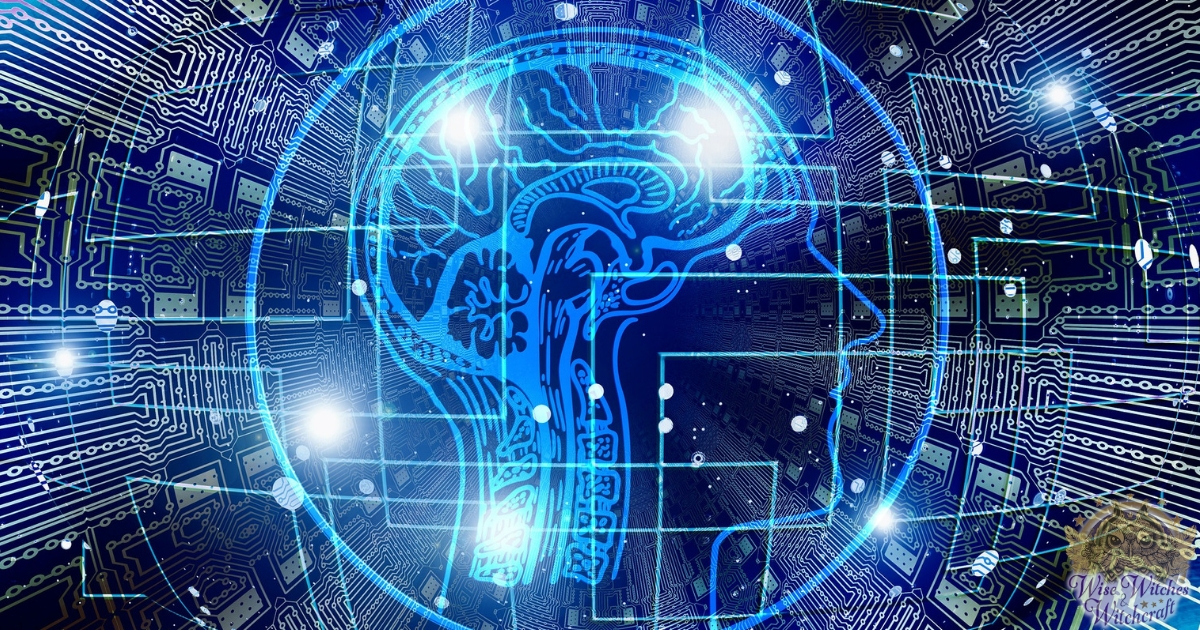 No matter your personal magical proclivity, the web has immense informational resources and networking connections. With those as a foundation, the techno-magician uses all manner of modern processes and gewgaws as effective tools. To illustrate: your previously hand-written book of shadows might become a disk or thumb drive instead. It’s practical, easy to reorganize and much easier to tote around. Another example of a clever swap is wielding laser pointer for marking and calling the quarters in lieu of a wand. While this sounds humorous (and fun), remember that the symbolic values of your magical actions and implements have to make sense. To those practicing Cyber Wicca or Techno-magic, these concepts translate easily and logically.

How Does Cyber Magic Work? 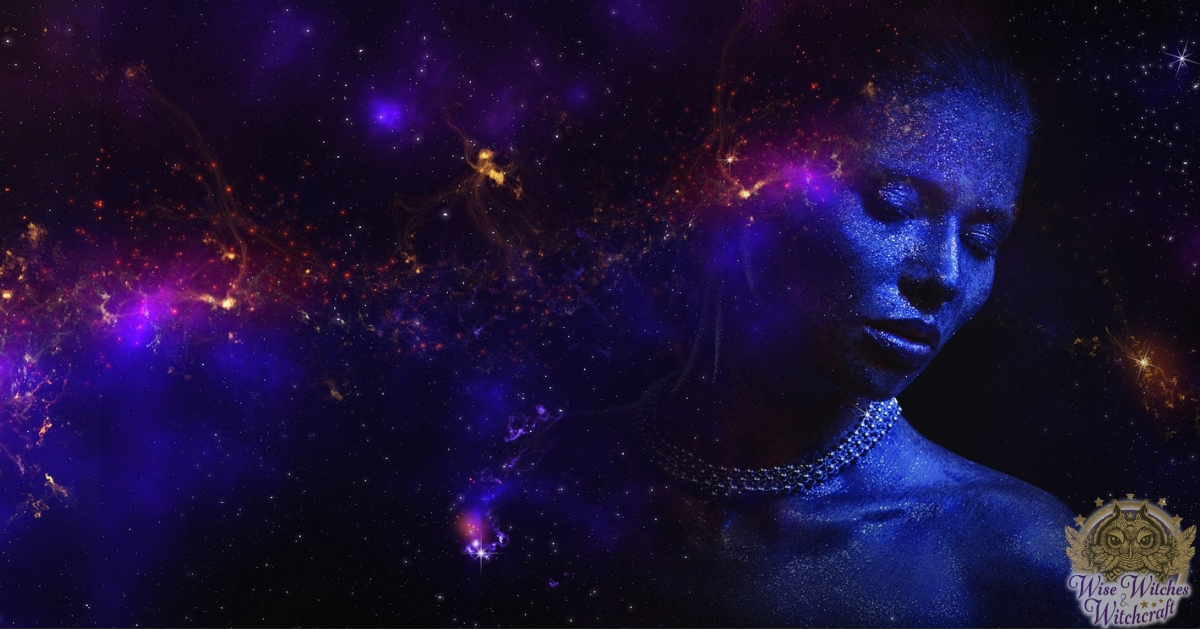 From a metaphysical perspective, magic is energy with a specific underlying pattern that facilitates its function. When you cast a spell for health the vibrations, you send out “signal” your intent. It’s somewhat like writing instructions in a language the recipient can fully understand and implement.

Now, take that idea one step further. Computers and their accessories have energy running through them. The underlying philosophy behind the Techno-Witch’s practices is that all this electrical energy can be directed like any other source of power. After all, doesn’t the coder direct his or her will into making a function, thereby transforming a program or site? In this case, the Cyber-Witch becomes the proverbial coder. What happens if your online spell or ritual conventions seem to go awry? Use the three-finger-salute (Ctrl, Alt, Delete), dispel that energy and start anew!

Spiritual Safety for the Cyber Witch 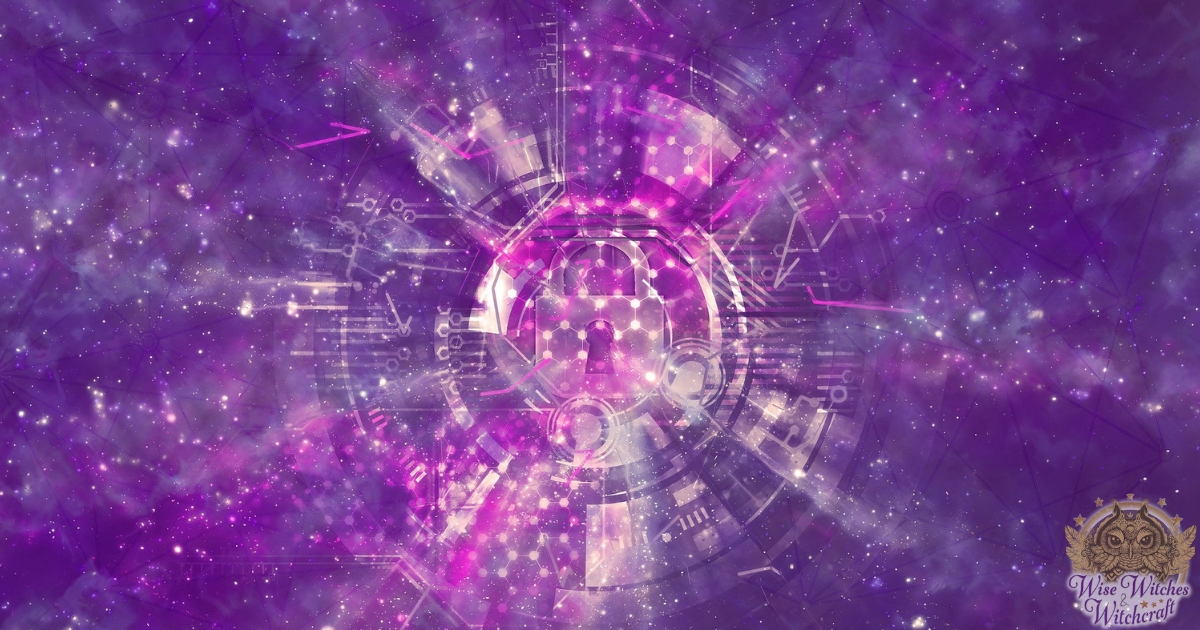 What about spiritual protection for the Techno-magician? In normal settings many people wards before a working. Basically wards literally “ward off” or keep away any negative influences. This protection often has a basis in Elemental magic, using the power of Earth, Air, Fire or Water as a sentinel. These wards remain in place until the end of a working.

So how does that translate into the Techno-Witch’s toolbox? In the world of computers, a ward equates to having a good anti-virus program running in the background of your endeavor. Another good defensive measure is a power strip with “surge” protection. If you have ever had a spell jump the rails (so to speak), you know why that fortification matters.

Are Techno-Witches and Cyber Wiccans Solitary? 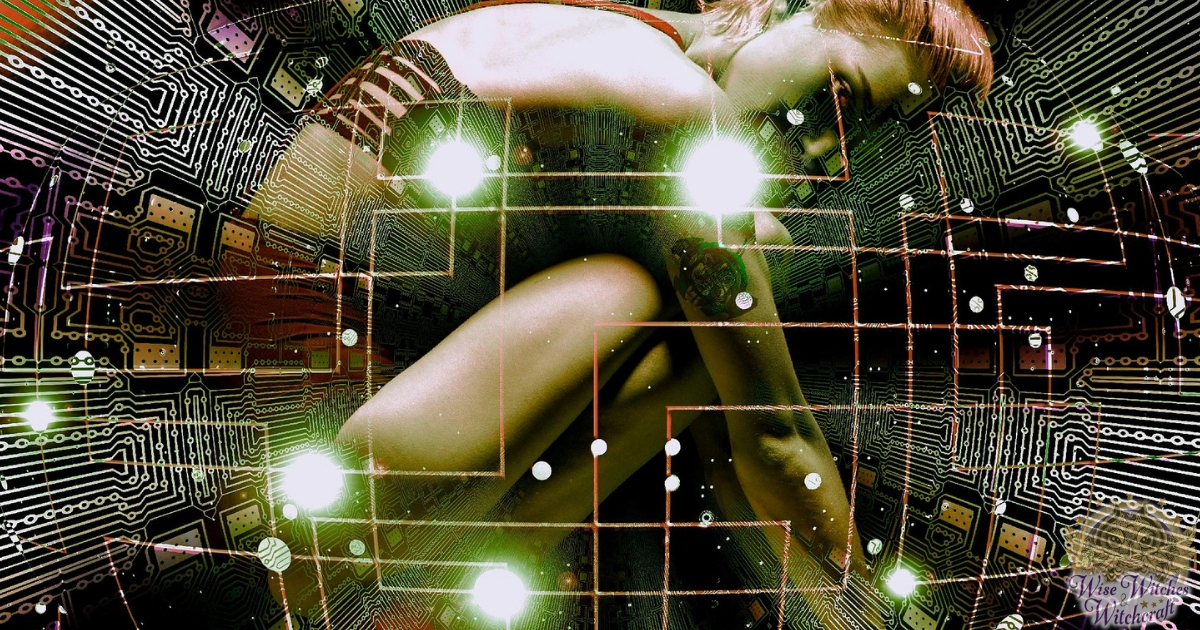 Many are, but the choice is really up to the individual. Solitary magical practice makes some sense considering most of us don’t sit with several people hovering around our computer screen. Nonetheless, a Techno or Cyber Pagan or Witch can consider joining an online group, chat room, or forum.

Some forums offer long distant ritual work using nifty tools like Skype and Webcams. Other groups may simply come together for the exchange of ideas. Both have value, but how practical this interaction is depends heavily on a person’s time constraints. The Cyberworld moves very quickly, every bit and byte of time matter.

There is no question that the computer space is the central altar for a Cyber Witch. While these practitioners use mundane protocols for safeguarding their systems and magical workings, they certainly do NOT condemn or avoid on tried-n-true metaphysical protective measures. They may decorate their desk with shielding sacred stones energized for that purpose like fire agate, quartz, and black tourmaline. Perhaps they burn defensive incense such as myrrh, frankincense, copal or pine. Really how elaborate you get with your safety measures depends on you (and how much space you have on your computer desk). 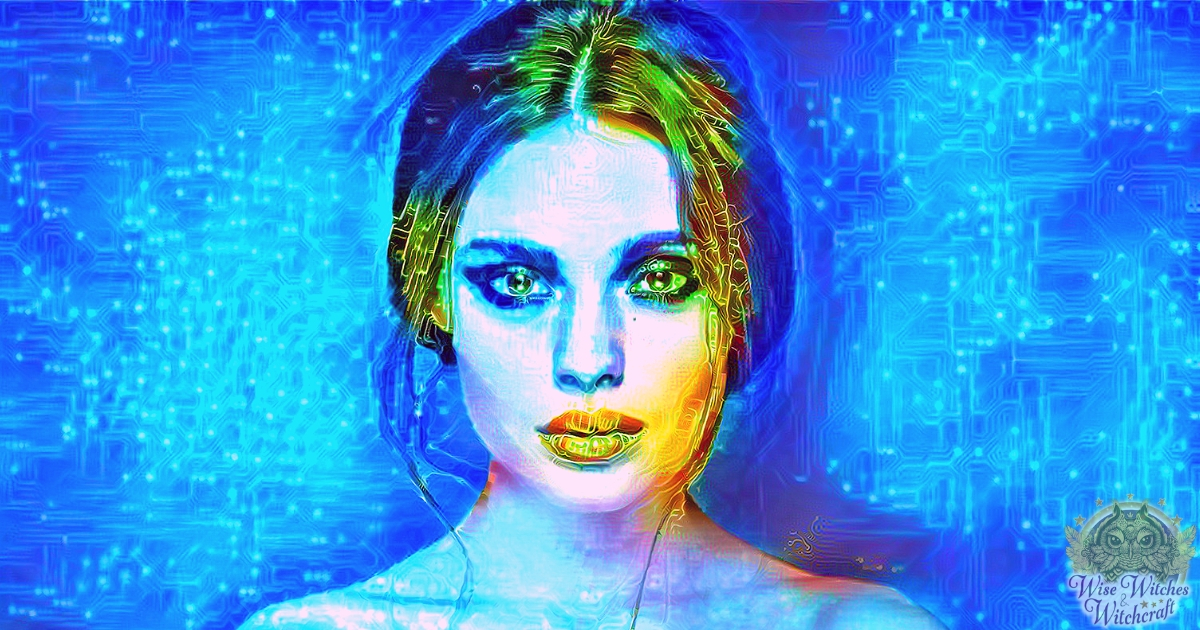 What about the Techno-witch who wants to reach out for his or her spirit guides or other helpful beings? Thinking creatively, we can certainly implore the gods of Google, the blessings of Bing, divinatory insight from DuckDuckGo or some Yin-Yang balance from Yahoo. Close your eyes, say a prayer, type in your topic and run with it. I would also note that your “Ki-board” plays a role here.

In China, the term “Ki” refers to the animating, life-giving force of the Universe. Yes, we tinkered with spelling a bit, but think of all the feelings, ideas, messages, etc. that you have typed over the years. That is a whole lot of “force” (words have power). With the Ki flowing through your sacred computer space, you can welcome whatever powers you choose. 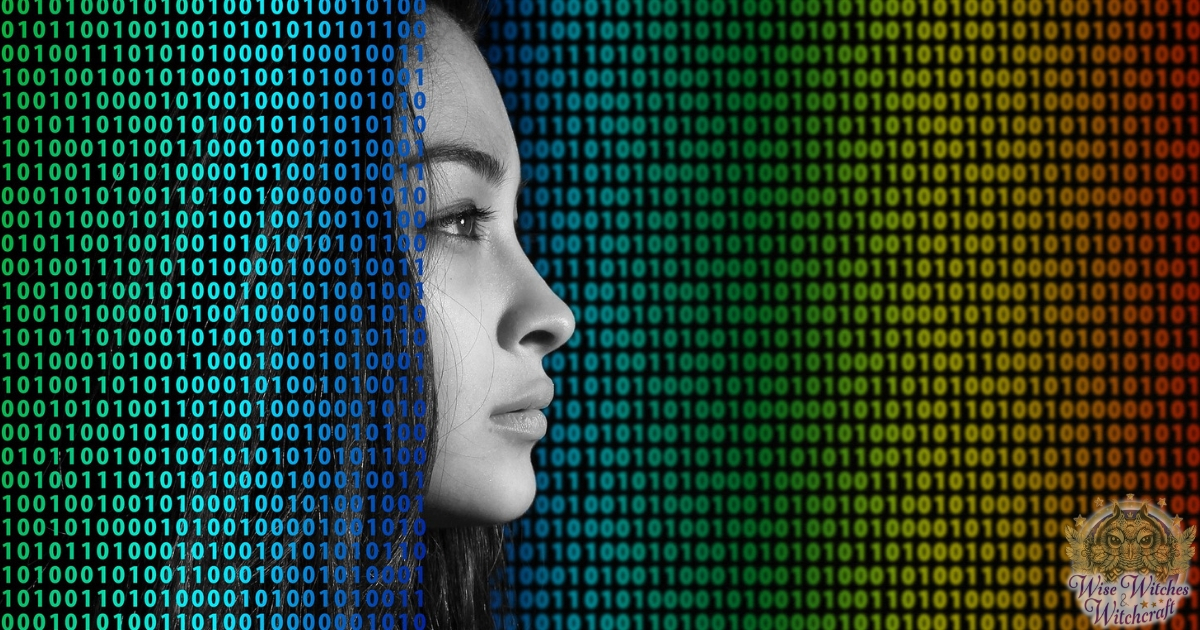 People have gotten used to the idea that machinery has nothing in common with spiritual practices. The average metaphysical practitioner rarely looks at the black screen of their computer and excitedly thinks, OOH GOODIE, a scrying surface! However, the mind of the Cyber magician works a little differently, and really does get giddy about these concepts. In this particular illustration, our intellects’ programming works perfectly with the process. When we look at that screen and hit a button our mental expectation is to see something. Anyone who tells you that magic has nothing to do with psychology is simply mistaken.

Returning to the example of your keyboard, look at all the emblems and words closely. See the word Delete? How about End, Escape, Shift and Send? Let your mind savor those terms for a moment. Delete can become part of a banishing spell, for example. “End” can encourage closure, escape – a safe withdraw from trouble and the shift key – changing the energy in and around your life. Of all of these options we like SEND best. Take whatever energy you create and send it off in an email to the intended party.

The Techno-Pagan may also use a plethora of modern conveniences with symbolic value for their efforts. Examples include employing a microwave for speeding up manifestation or using a fan to represent the Element of air. Your handy incense burner still works to serve the Fire Element, and any faucet the Element of Water. Take a walk through your home with these ideas in mind. Take a notebook. You’ll quickly find lots of ideas.

The Cyber Wicca Path: Using the Internet to Round-out Magic 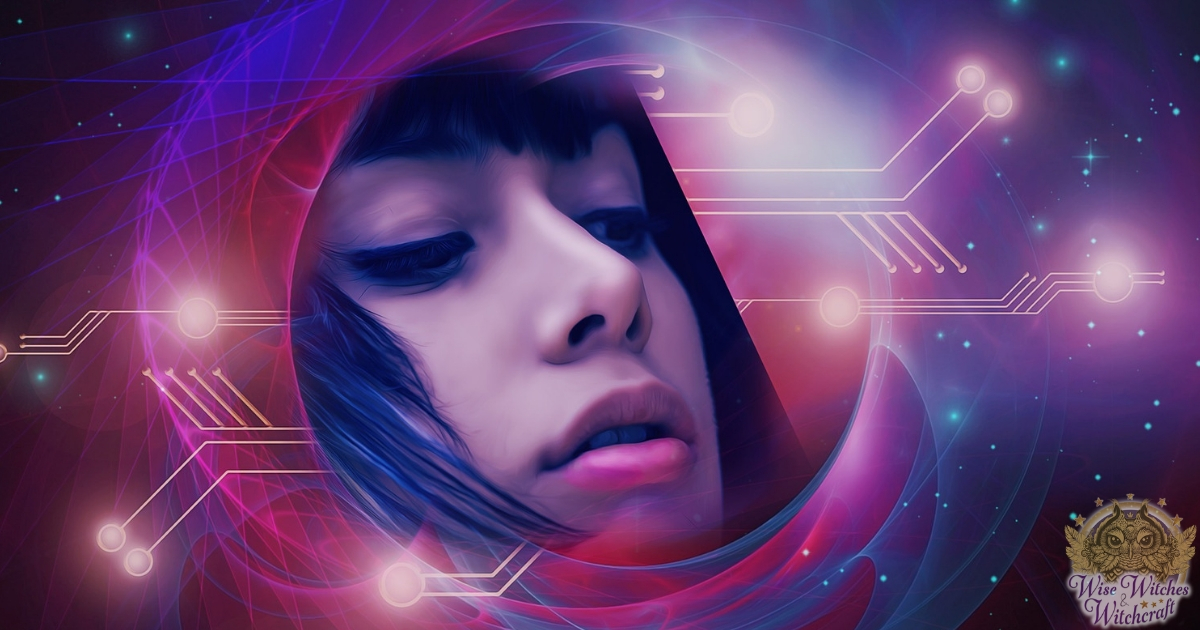 Some of the best supports for cyber magic come in the form of images and GIFs. You can’t burn candles in your space? Find a picture of candles a-blaze on an image search (some of these are animated!). Looking for a little ambiance? Play a few songs from your favorite artist through your computer speakers. Want to travel to sacred sites from the comfort of your home office? Pull them up online and view to your heart’s content.

The nifty element for Techno-Pagans and Cyber Witches is that their magical world grows and changes all the time. This presents challenges but also possibilities. By tracking and applying those emerging memes and media, the virtual mage stays relevant and resourceful. May you never look at your computer the same old way again!