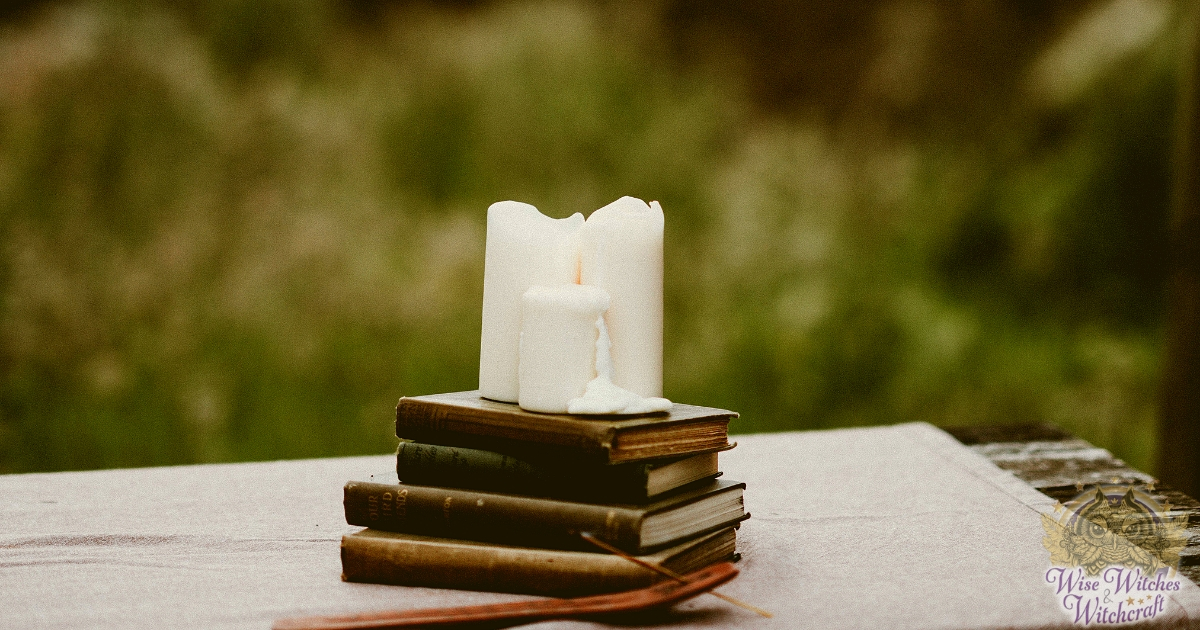 Possibly the best known and best documented of all witch trials, the Salem Witch Trials were a series of hearings before local magistrates followed by county court trials to prosecute people accused of witchcraft in a variety of towns across Massachusetts Bay Colony, between February 1692 and May 1693. Over 150 people were arrested and imprisoned, with many more accused but not formally pursued by the authorities, and 19 were eventually hanged. The best known trials were conducted by the Court of Oyer and Terminer in 1692 in Salem Town.

The trials took place against the background of a largely Puritan British colony riven by attacks by disgruntled indigenous tribes and plagued by rampant petty (as well as more major) crime and land disputes. The Puritans had established a kind of theocracy in which the church ruled in all civil matters, including that of administering capital punishment for violations of a spiritual nature. They believed fervently in the existence of an invisible world inhabited by God and the angels, including the fallen angel known as the Devil and his fellow demons. They also believed that women should be totally subservient to men, and were lustful by nature and therefore more likely to enlist in the Devil’s service than was a man. Children were very much at the bottom of the social ladder, toys and games were seen as idle pursuits and playing was discouraged (girls had additional restrictions). 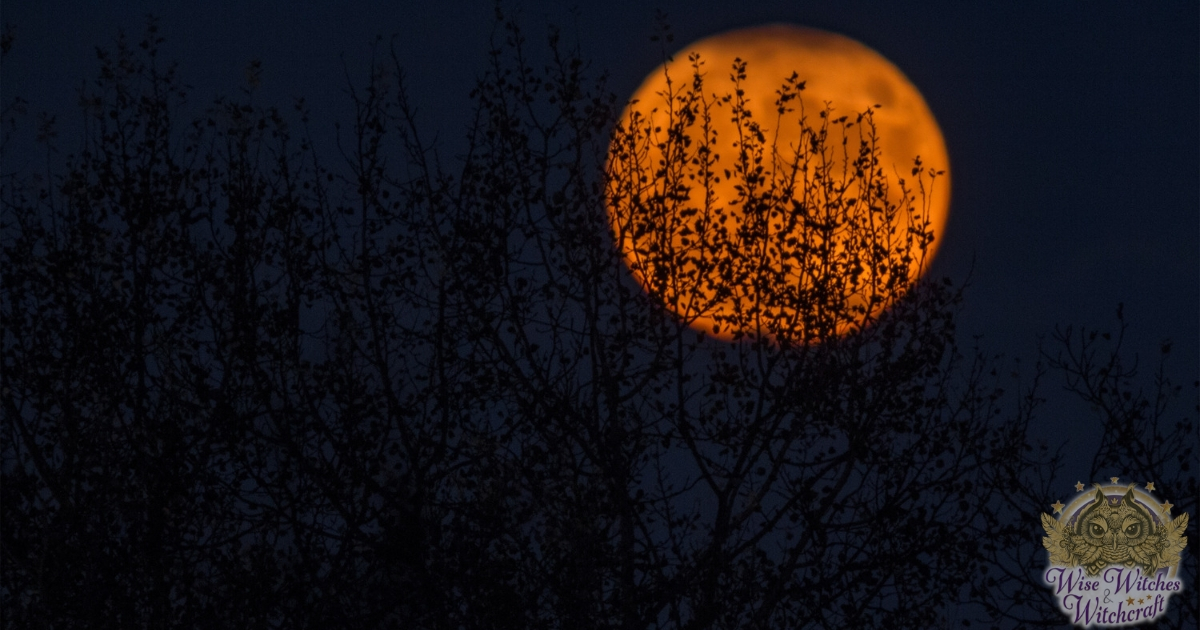 In a more specifically local context, Salem Village had finally been allowed by the church in nearby Salem Town to form their own separate covenanted church congregation in 1689, after much discussion, although the ordained minister, Reverend Samuel Parris, was the subject of continuing internal dispute between neighbours.

In Salem Village in early 1692, nine-year-old Betty Parris (the minister’s daughter) and her cousin, eleven-year-old Abigail Williams, began to be afflicted with strange fits, involving screaming and other strange sounds, contortions and complaints of being pinched and pricked with pins, for which the local doctor, William Griggs, could find no physical evidence of any ailment. Soon, other young women in the village, including the precocious twelve-year-old Ann Putnam and two seventeen-year-olds, Mercy Lewis and Mary Walcott, began to exhibit similar behaviours, and became some of the most vociferous and dramatic accusers (especially Ann Putnam, who was probably influenced by the personal vendettas of her mother, Ann Putnam Sr).

The first three people accused of witchcraft, and arrested for allegedly afflicting these fits, were Sarah Good (a poor beggar woman), Sarah Osborne (who had married her servant and rarely attended church meetings) and Tituba (a slave of native or African ancestry). On examination, Tituba admitted to being a witch, and to flying through the air on a broom or pole, accompanied by Good and Osborn among others. Reverend Parris and other local ministers then began witch-hunting with zeal.

Other accusations followed in March: Martha Corey (a respected member of the Salem Village Church, who drew attention to herself when she voiced skepticism about the credibility of the girls’ accusations), four-year-old Dorothy (or Dorcas) Good (whose “confession” implicated her mother) and Rebecca Nurse (a fully covenanted member of the Church in Salem Town), as well as Rachel Clinton in nearby Ipswich (who was arrested for witchcraft on charges unrelated to the afflictions of the girls in Salem Village).

The hysteria gained momentum and took on a life of its own when several more were arrested and examined in April and May, and Abigail Hobbs, Mary Warren and Deliverance Hobbs all confessed and began naming additional people as accomplices. At the end of May 1692, warrants were issued for yet more people, and the jails were approaching capacity. After Sarah Osborne (one of the original three accused) had died in jail, the recently appointed governor of Massachusetts, William Phips, ordered the establishment of a Special Court of Oyer and Terminer for Suffolk, Essex, and Middlesex counties, under the leadership of Chief Justice and ardent witch-hunter William Stoughton, to prosecute the cases of those in jail (which by this time numbered over 60). 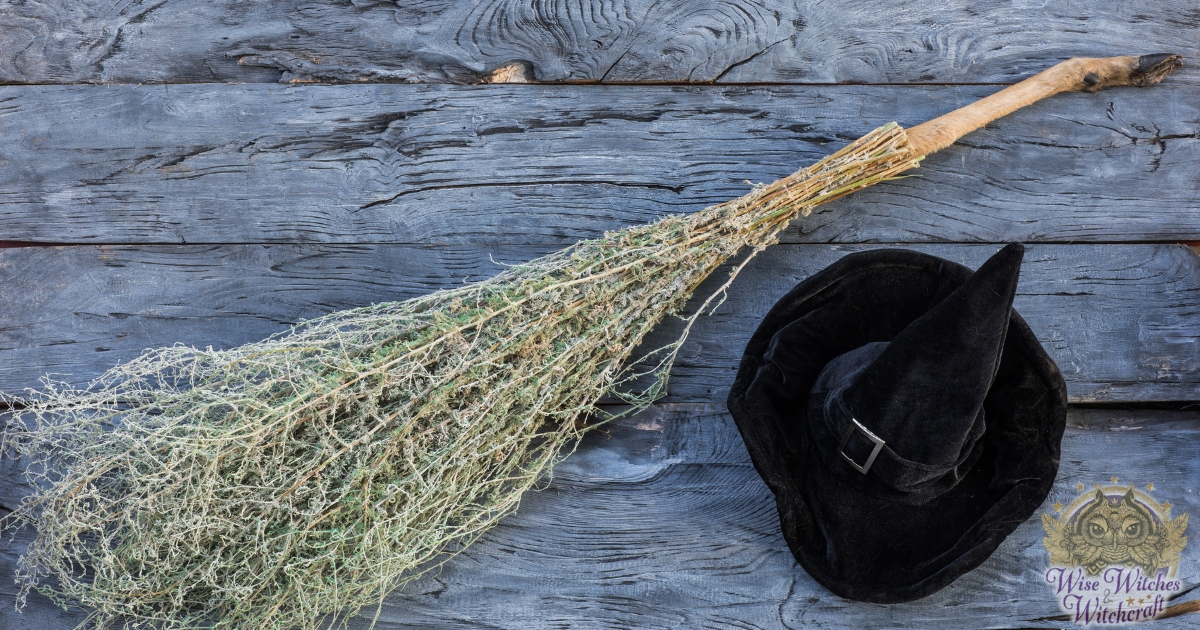 Bridget Bishop (a sixty-year-old tavern owner) was the first case to be brought before the grand jury and, in June1692, she became the first to be executed (by hanging on Gallows Hill, a barren slope near Salem Village). For the trial of the next batch of accused witches – Rebecca Nurse, Elizabeth How, Sarah Good, Sarah Wildes (or Wild) and Susanna Martin – the court moved from Salem Village to nearby Salem Town. All the accused pleaded innocent, but all were hanged in July 1692, followed by George Jacobs, Martha Carrier, George Burroughs, John Proctor and John Willard in August, and then Martha Corey, Mary Eastey (or Esty), Alice Parker (or Park), Mary Parker, Ann Pudeator, Margaret Scott, Wilmot Redd and Samuel Wardwell in September.

Much of the evidence used against the accused was “spectral evidence” (testimony of the afflicted who claimed to see the apparition or the shape of the person who was allegedly afflicting them), despite its suspect status in law. Other evidence used in the convictions included the confessions of the accused themselves, the testimony of another confessed “witch”, the existence of so-called “witch’s teats” or “Devil’s marks” on the body of the accused, and the discovery of “poppets” (dolls made to represent a person, used for casting spells on that person), books of palmistry and horoscopes, or pots of ointments in the possession or home of the accused. Evidence that would be excluded from modern courtroom (e.g. hearsay, gossip, stories, unsupported assertions, surmises, etc) was also generally admitted, largely on the precendent of other witch trials in Europe such as those at Bury St. Edmunds and Bideford.

“Witch cakes” were used at one point early in the persecution, purportedly to discover the identity of the witch who was afflicting the girls. This was based on traditional English white magic in which a cake made from rye meal and urine from the afflicted girls was fed to a dog, and the effect on the accused observed. The infamous “touch test” was also used in Andover, whereby if a blindfolded accused witch calmed the fits of an afflicted person by laying on her hands, then she was marked as guilty. 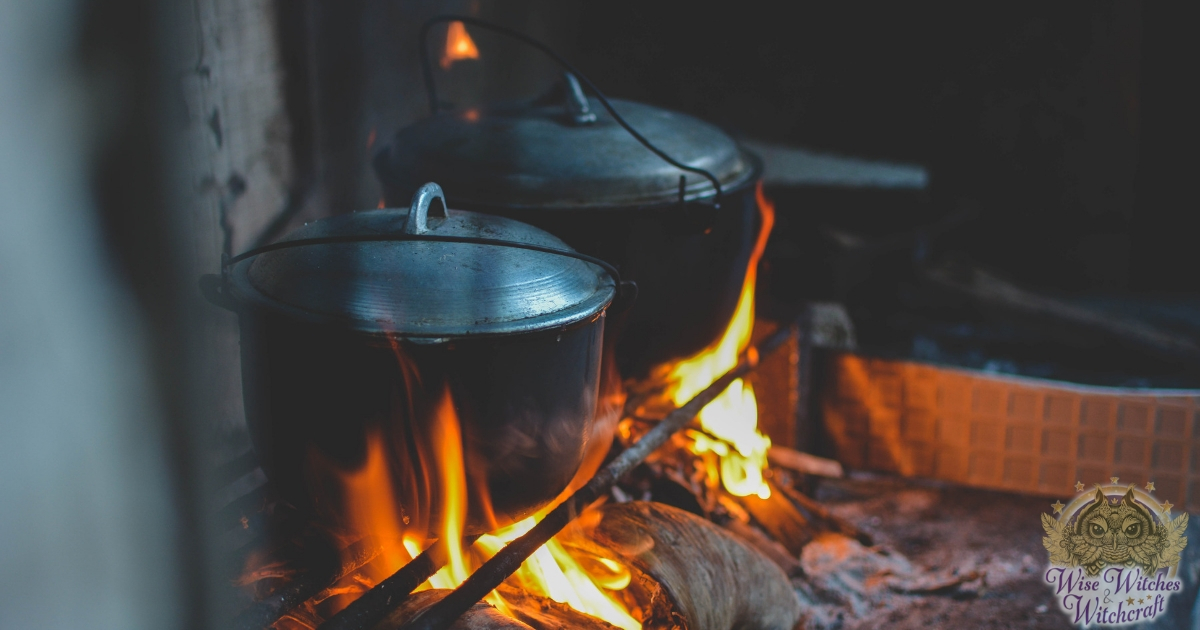 Over the next few months and into early 1693, the primary source of accusations moved from Salem Village to nearby Andover and, as more arrests were made, the court system gradually moved through case after case with many (although by no means all) resulting in guilty verdicts and some in subsequent hangings. Dozens still languished in jail for months without trial, and the Court moved from Salem, Essex County to Charlestown, Middlesex County and then to Boston, Suffolk County.

Gradually, doubts developed as to how so many respectable people could suddenly be guilty of such lurid crimes. It began to be clear that most of the accused lived to the south of, and were generally better off financially, than most of the accusers, and that in a number of cases, the accusing families stood to gain property from the convictions of accused witches.

Throughout the trials, various accounts and opinions about the proceedings began to appear in print, some in defence of the trials (such as Cotton Mather’s “Wonders of the Invisible World”, written at the request of Governor Phips, and based in large part on Joseph Glanvill’s 1691 book “Saducismus Triumphatus, or Full and Plain Evidence Concerning Witches and Apparitions”), and some challenging the use of “spectral evidence” (such as “Cases of Conscience Concerning Evil Spirits”, by Cotton Mather’s father, Increase Mather, in which he repeated his caution that “It were better that ten suspected witches should escape, than that one innocent person should be condemned”). Governor Phips ordered the court to exclude spectral evidence and touching tests, and to require proof of guilt by clear and convincing evidence. A public letter by Thomas Brattle, a wealthy Boston businessman and scholar, against the trials was also influential.

As 1693 progressed, more and more defendants were found not guilty (twenty-eight of the last thirty-three witchcraft trials ended in acquittals), until the whole episode gradually ground to a halt. The Court of Oyer and Terminer was dissolved at the end of October 1692, and a Superior Court created to try the remaining cases. The last trial was held in May 1693 and Phips then released from prison all remaining accused or convicted witches. Almost as soon as it had begun, the hysteria that had swept through Puritan Massachusetts ended. 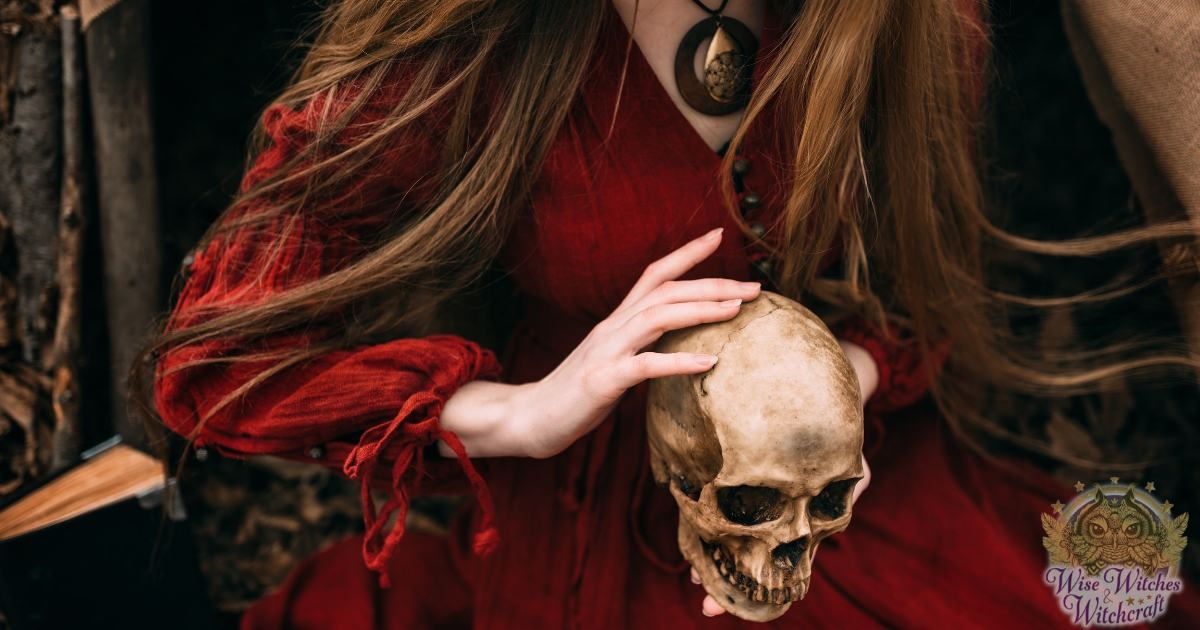 One man (eighty-year-old Giles Cory) who refused to enter a plea (so that he could not be found guilty, and his possessions could therefore not be impounded) was crushed to death under heavy stones in an attempt to force him to do so. Several women, including Elizabeth Proctor and Abigail Faulkner, were convicted but given temporary reprieves because they were pregnant. At least five more of the accused died in prison. Two dogs were executed as suspected accomplices of witches. The bodies of the hanged were cut down from the trees and thrown into a shallow grave, and the families of the dead had to reclaim their bodies after dark and bury them in unmarked graves on family property.

As time went by, more and more reports of irregularities during the trials came to light. Samuel Sewall, one of the judges, issued a public confession of guilt and an apology, and several jurors came forward to say that they were “sadly deluded and mistaken” in their judgments. Many of the relatives of the accused brought court cases in an attempt to clear the family name, and many petitions were brought to formally reverse convictions. In 1711, 22 people listed in a 1709 petition were granted a reversal of judgment and, later, monetary compensation. As late as 1957, the last six who had been wrongly convicted and executed were publicly exonerated. 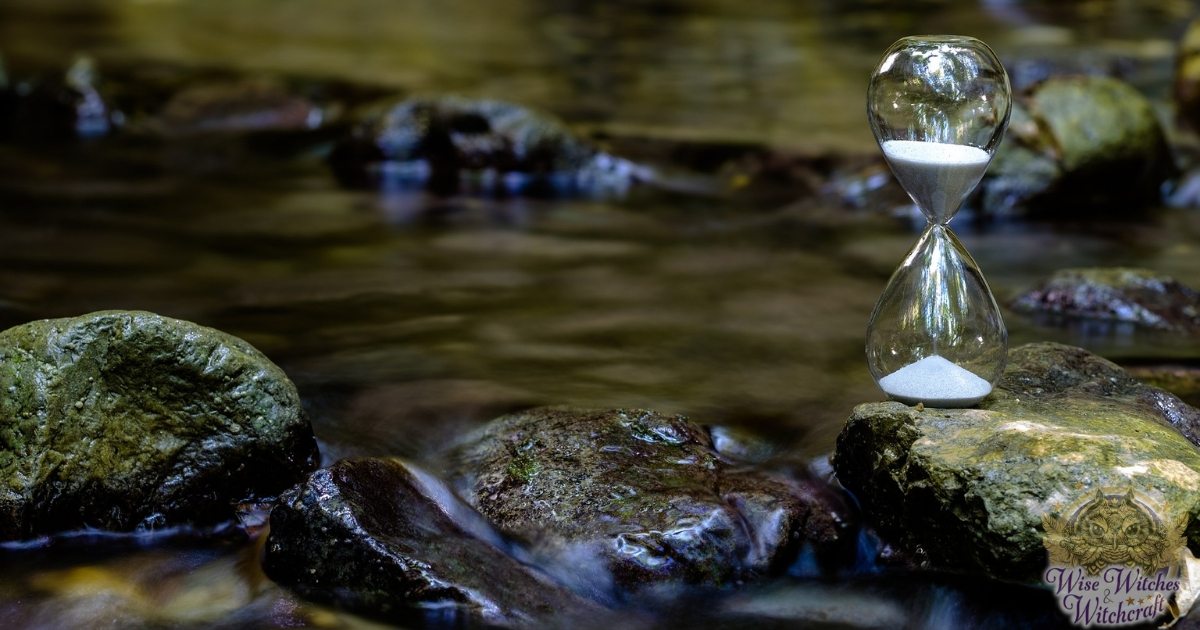 There was also evidence of repentance within the Salem Village Church and, in 1703, the members of the church voted to reverse some of the excommunications they had imposed at the height of the hysteria. In 1706, Ann Putnam, one of the most active accusers, joined the Salem Village church and publicly asked forgiveness, claiming that she had not acted out of malice, but that she had been deluded by Satan into denouncing innocent people like Rebecca Nurse. She was accepted for full membership. The Chief Justice William Stoughton, however, who was arguably as much to blame as anyone for the tragic episode, refused to apologize or explain himself, and even criticized Phips for interfering just when he was about to “clear the land” of witches. Stoughton became the next governor of Massachusetts.