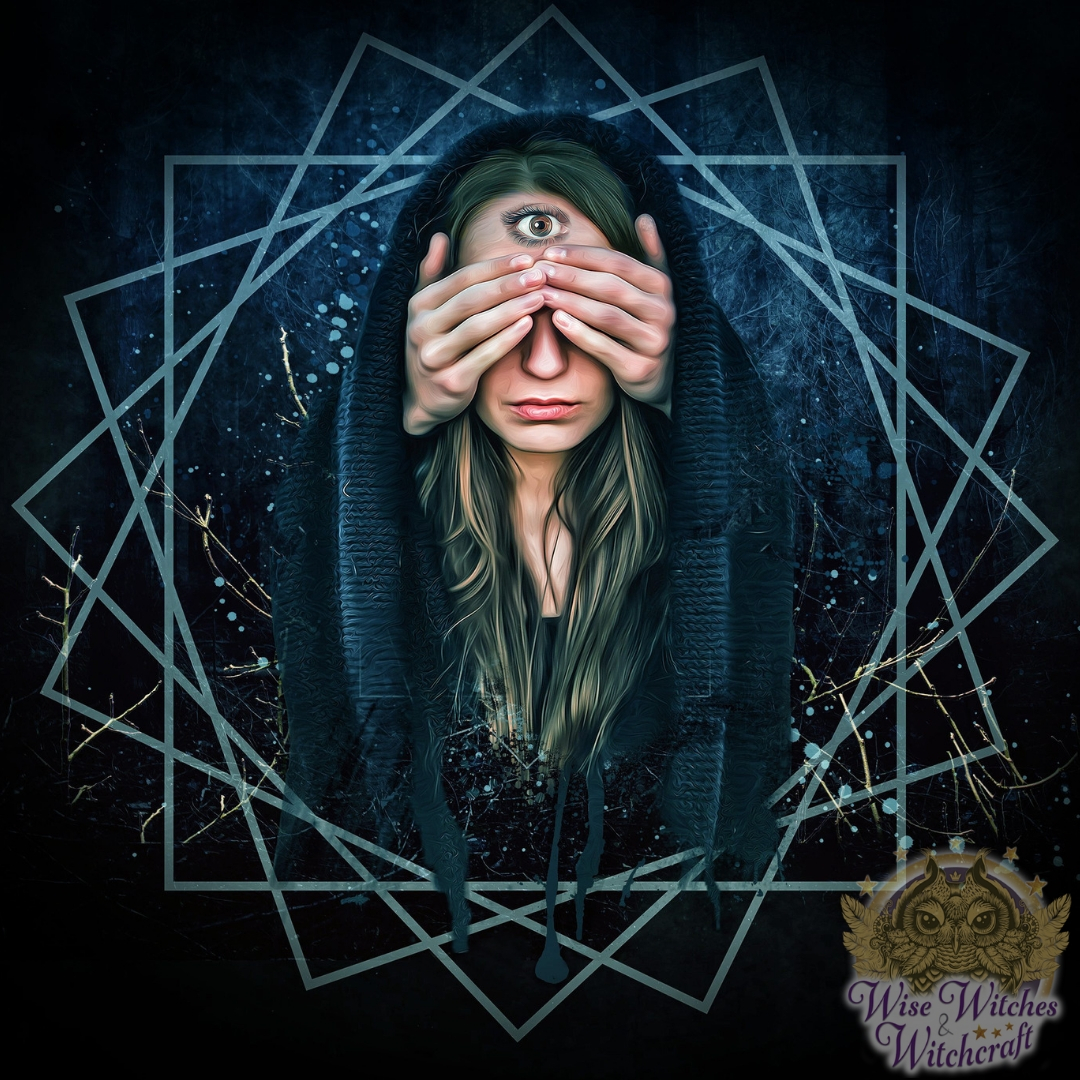 “How many people here have telekinetic power? Raise my hand.”
― Emo Philips

Most humans have no idea of their full potential be it mentally, physically or spiritually. We know from scientific studies that humans use only about 10% of our brain’s total capacity. Can you imagine what happens when a person uses even 1% more? That idea is where psychism comes alive, along with the reality that as animals we have instincts that we often overlook.

Am I a Psychic? 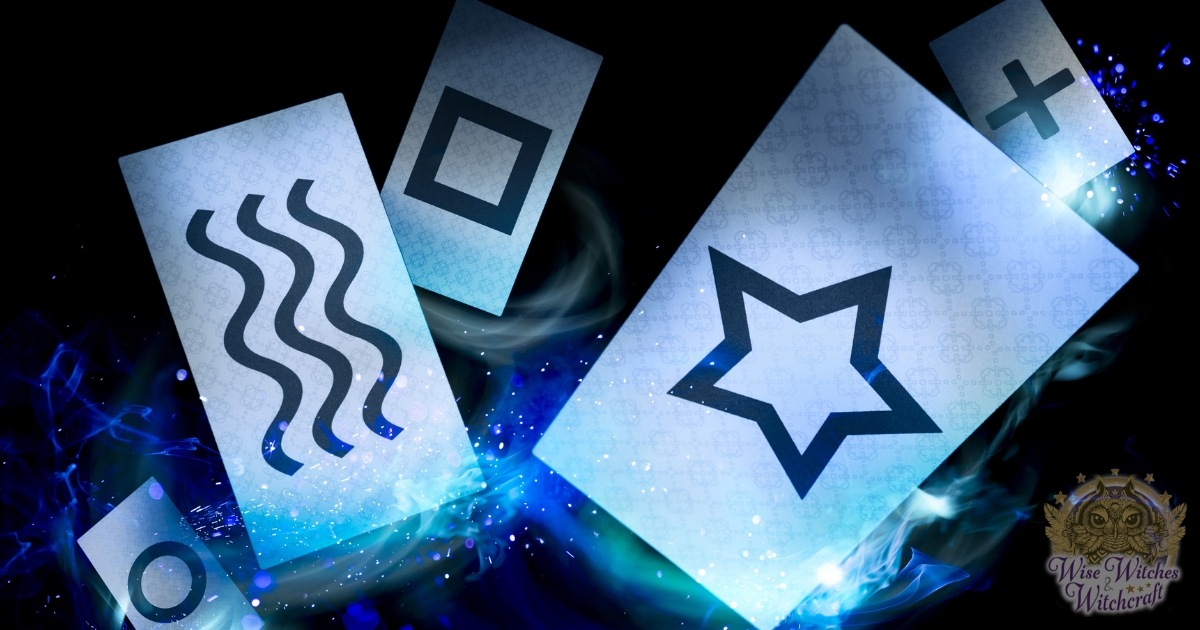 Look everyone (yes everyone) has the potential for tapping their psychic abilities. In fact, you probably have done so without even recognizing it. Have you ever:

All of these are examples of our psychic nature slipping into reality with not so much as a knock on the door.

One might ask why this happens when a person isn’t actively trying to gather psychic impressions (let alone believe they even exist). The answer to that is because those feelings… those instincts are natural. If that weren’t true, we would not have aphorisms like trusting “a mother’s intuition.” What makes a person psychic on a regular basis is having taken the time to develop that natural aptitude.

The History of Psychics 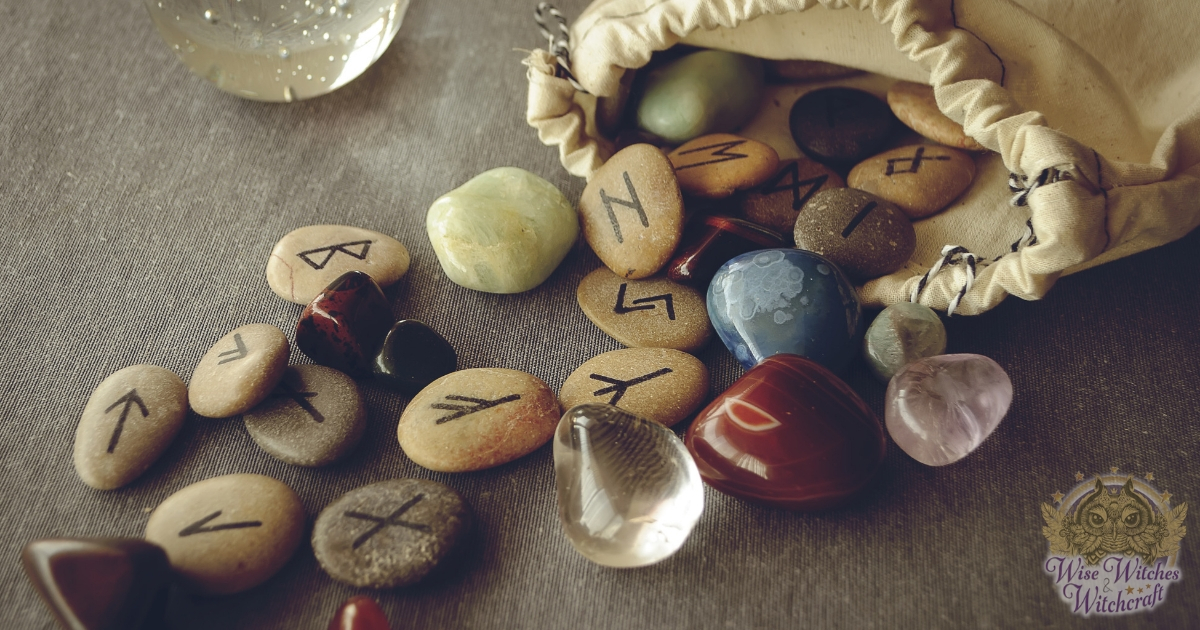 If you think that psychic abilities just suddenly appeared when the New Age movement came about, think again. When you use psychic abilities, you are engaging in an age-old tradition. You have a lot of history acting as a foundation supporting your new awareness.

The word psychic comes from a Greek term meaning mind or soul. In other words, a psychic’s gifts come from our spiritual nature rather than the physical self. The term first appeared in the late 1800s, thanks to the writings of a French astronomer Camille Flammarion. Flammarion’s writings showed contemporary spiritualists and he, himself, was considered a mystic. And even tho he coined the word, he wasn’t the first person to trust in mental powers that go beyond normal awareness. Consider the Medieval court where there would be a “seer” assigned to advise the King. The duties of the psychic ranged broadly from that of foretelling the best time to wage war to the best time to grow the corn! People weren’t jumping to be identified as a psychic; when the seer’s prediction was incorrect, it could very well mean being jailed or killed.

As Christianity came to the forefront, talks of “seeing” went mute. Such abilities were the Devil’s work. So it made sense to keep quiet if you valued your lands and life. The 1500s saw the writings of Nostradamus published. These included numerous prophecies for hundreds of years in the future. That’s certainly one way to avoid contemporary critiques! But, Nostradamus also feared being accused of heresy. So, he took his writings and threw them up into the air. It allowed him to mix up the pages so the writings became unclear and ambiguous in nature.

By the 1800s, the interest in psychic abilities saw an intense revival. Both the United States and the United Kingdom were firmly ensconced in the Spiritual Movement. This produced mediums and all manner of prognosticators who were seen in a good light for the most part. Sometimes the tools of psychism became parlor games, like noon lunch tea leaf readings,k and Ouija board sessions in the Victorian Era.

Spiritualism, by far, was the most notable type of psychic effort throughout the Victorian period. Everyone seemed to want to talk to a ghost of their dearly departed. This curiosity wasn’t limited to common folk. Some rather uncommonly brilliant minds were studying Spiritualism at the time too, including Sir Arthur Conan Doyle, Elizabeth Barrett Browning, and even Queen Victoria!

From here we roll forward in time to the New Age movement where “old” spiritual concepts experienced a revival including that of psychism. 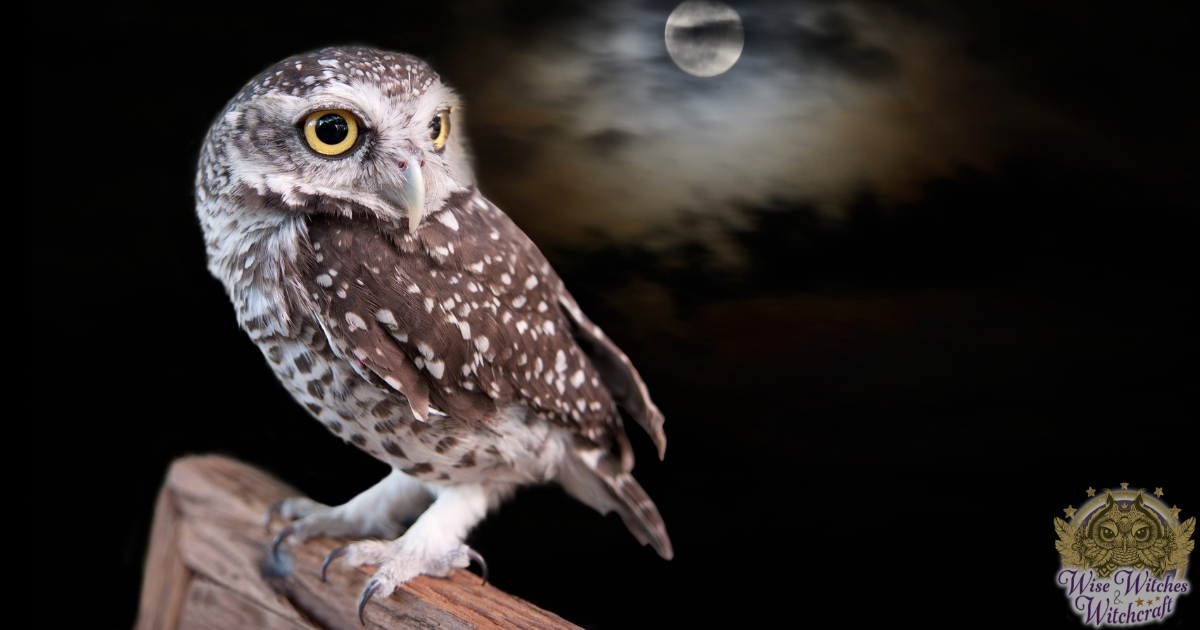 The term “clair” comes from the French, meaning clear. Among psychic abilities, those delineated by this pretense are among the best known globally.

Other Expressions of Psychic Abilities 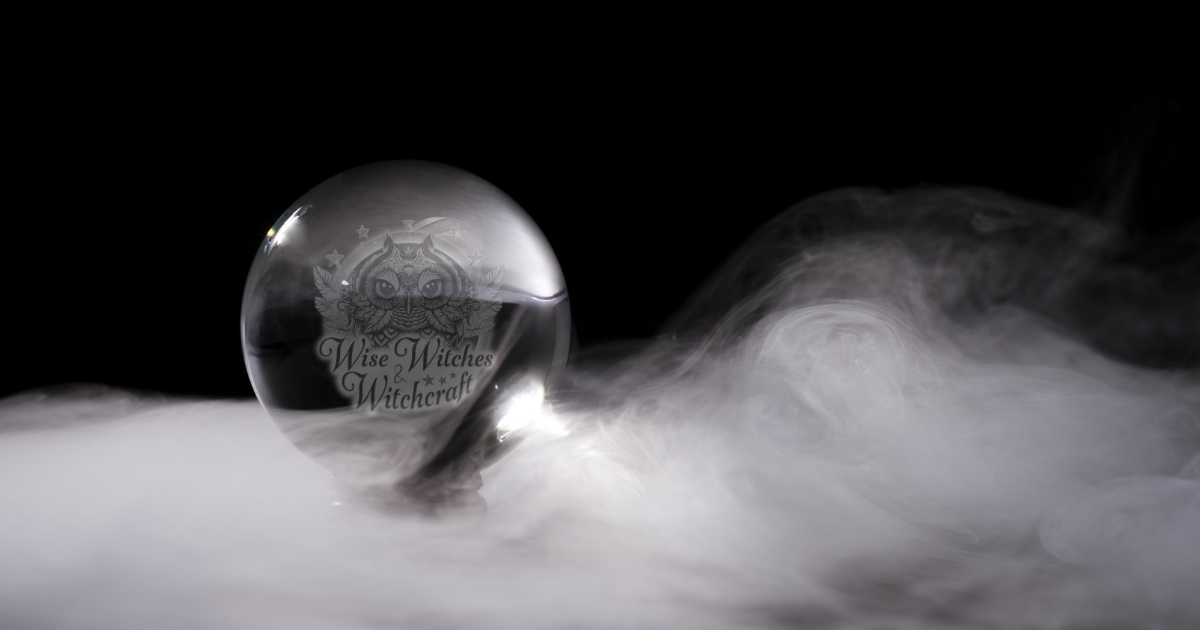 The four “Cs” give you a basic sense of the way in which your natural psychic talents may appear. But let’s take a closer look at some specifics.

Aura Awareness: If you see bands or shimmers of light around an object or living thing, that’s an aura. This is basically a spiritual atmosphere. In humans, it plays a role in charisma and first impressions. You know those folks that seem to enter a room 10 minutes before they arrive? It’s due to a very large, active aura.

Auras have a kind of textural quality. So while you might not see them – you can feel them. For example, say you are at a party. You’re standing next to another person you don’t know. Unexpectedly you feel itchy or tingly. That’s a physical reaction to the other person’s aura, and it can tell you a lot. Itchy or static-like auras imply that you won’t gel with this person, and they may even be bad for you, while a soft or warm aura is just the opposite.

Beyond seeing the Aura, some Light Workers (especially healers) use what they sense in a person’s aura for discerning various issues be they physical, emotional or spiritual. Sometimes a person’s energy centers, called Chakras, aren’t working properly and that also manifests in our auras.

Automatic Writing: In automatic writing the psychic’s words come from a source other than self. The message might be from a guardian angel, a deceased family member, ascended masters or even God. People who have this skill describe it like your hand has a mind of its own and moves to write the words without conscious effort.

Channeling: Channeling is similar to automatic writing except here the psychic speaks instead of writes. Channelers often have one specific entity that speaks through them to improve the state of humankind.

Dreaming True: Dreaming true, as the name implies, is the ability to receive messages through your dreams. In most cases, this is associated with prognostication. A person wakes up feeling that someone close to them has died, and this has either just happened or happens shortly thereafter. Not all visions in the dreamscape are negative. If you have very vivid dreams that you feel might be psychic in nature write them down. Review that diary from time to time to record the accuracy of your dreams.

Divination: A Diviner uses various tools for exploring the past, the present, and the future. These divination tools include stones, cards, lines in the palm of our hands, and observances of various changes in nature. The theory is that the tool really isn’t the key for this process, but rather a focal point that both the diviner and querent use for sorting out energies and patterns in life.

Healing: Some individuals can channel positive, healthy energy through their hands. An example of this in a religious setting is a priest laying hands on a sick person while reciting a prayer. Reiki is another illustration.

Mediumship: The word medium means in between. A Medium works between this world and the next, passing on messages from deceased spirits or other guiding entities. It is important for people with this ability to recognize the entity that they’re working with and trust in it. Let’s face it, just because someone’s dead doesn’t mean they suddenly become enlightened. The Medium also has a responsibility to pass along information as accurately as possible.

Precognition: If you’ve ever known something before it happened, that’s precognition. Many instances of precognition aren’t terribly specific. You may not know the date or time of an envisioned car accident, for example. Dreaming True is a type of precognition/premonition.

Psychometry: You touch a piece of jewelry or someone’s scarf and pick up on situations or the history behind the item. Psychometry focuses on the energy held within an item like a pattern you can read and interpret.

Scrying: Scrying is a type of divination that utilizes a tool like a crystal ball for receiving images in answer to a question. Sometimes a person can use this focus for remote viewing as well (seeing something from far away).

Telepathy: A telepath knows other people’s thoughts much to their discomfort. If you have ever looked at someone and just knew what they were about to say, or something they were holding back, that’s telepathy. 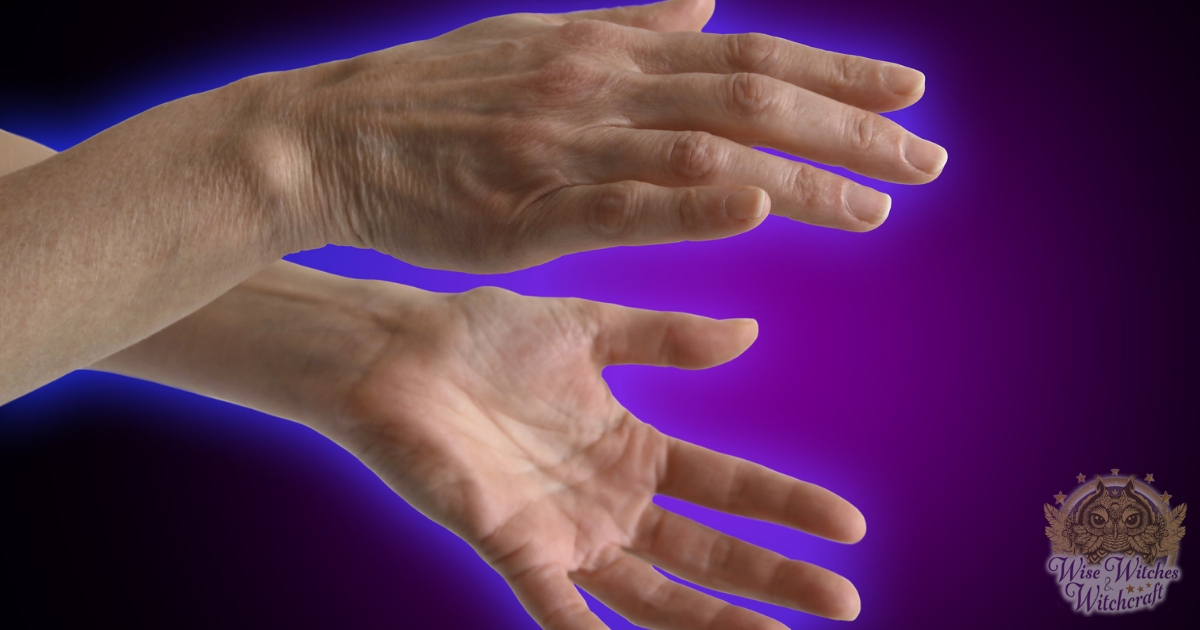 There is no question that psychic phenomena and magic have walked hand-in-hand throughout history. However, not all Witches are psychic, nor are all psychics witches. So, you don’t have to take up the study of Witchcraft to continue exploring your psychic abilities. Just keep an open mind and remain aware. Once you recognize your gift(s) start honing them! 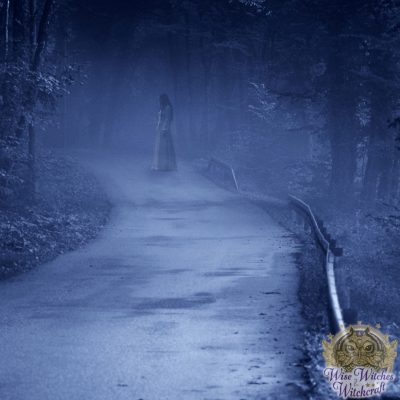 “There is an afterlife. I am convinced of this.” -Paulo Coelho You wake up one day and realize...