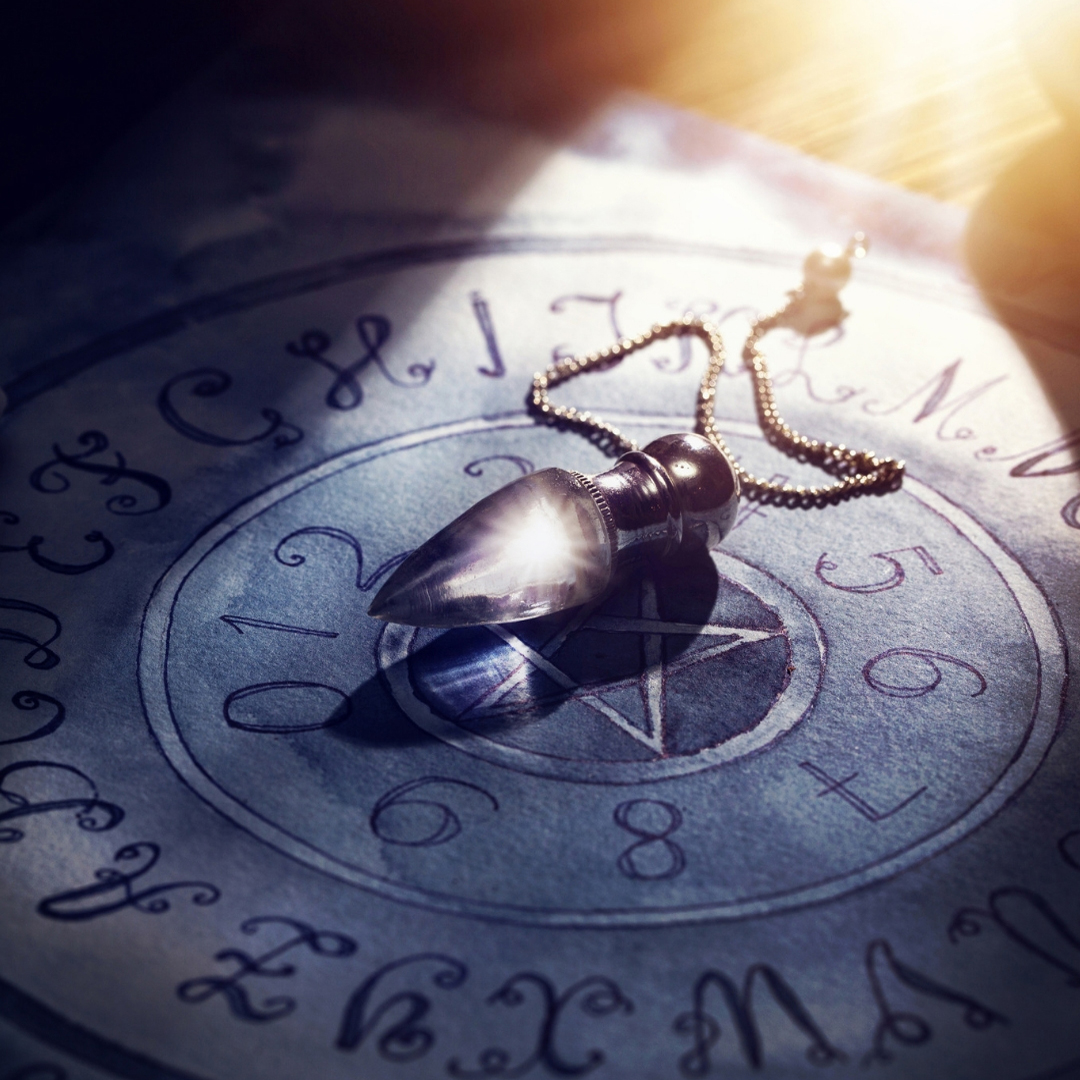 Wondering about the Afterlife? You’re not alone: We are not the first people to wonder about the afterlife, or seek some assurance that human consciousness will survive the grave. Some hearty folk sought this assurance by visiting sites known to have ghostly inhabitants. Here they hoped to experience something super-normal. Others, including students of the occult, turned to ceremonies and methodologies that would allow them contact with the dead if all went well.

One cannot help but wonder what the spirits think of this odd dance, performed by the living, around the subject of mortality and the afterlife. From the astral perspective, this one-sided waltz might seem evasive. Does it ever answer the question of what awaits the living when they cross beyond? Nonetheless, true to human tenacity, we keep trying! 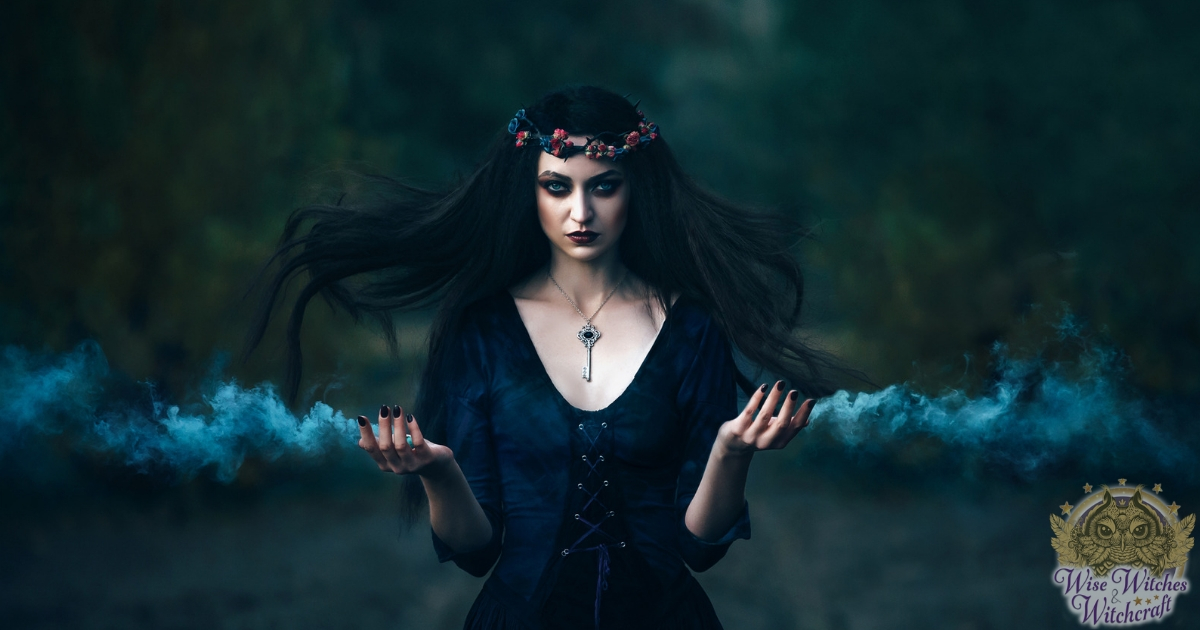 Techniques for contacting spirits still survive from several ancient cultures. Ritual communication with spirits came about for one of three reasons:

For instance, there’s necromancy, in which spirits are summoned to predict the future or to explain current circumstances. Mesopotamians practiced this as did the pre-Hellenic Grecians. And, until the third century A.D., some early Christian churches allowed communication with the dead too.

Our ancestors seemed to feel that the dead had a better perspective about the present and the future. They also believed that these spirits represented a source of energy that one could collect. The Central American sacred text Popol Vuh illustrates this outlook. It details ritual procedures for contacting the Land of Shadow. Using these rites, people summoned a spirit’s power and captured it in a crystal or fetish for use later.

The work of contacting spirits was typically entrusted to a priest, shaman, or another holy person. Such rituals were serious business. If something went wrong, a summoned spirit could get loose, possess a body or cause terrible troubles like storms or blights. This is why High Magical texts contain precise instructions and severe warnings regarding summoning procedures.

Ghosts and Spirit Encounters: The Start of Spiritualism 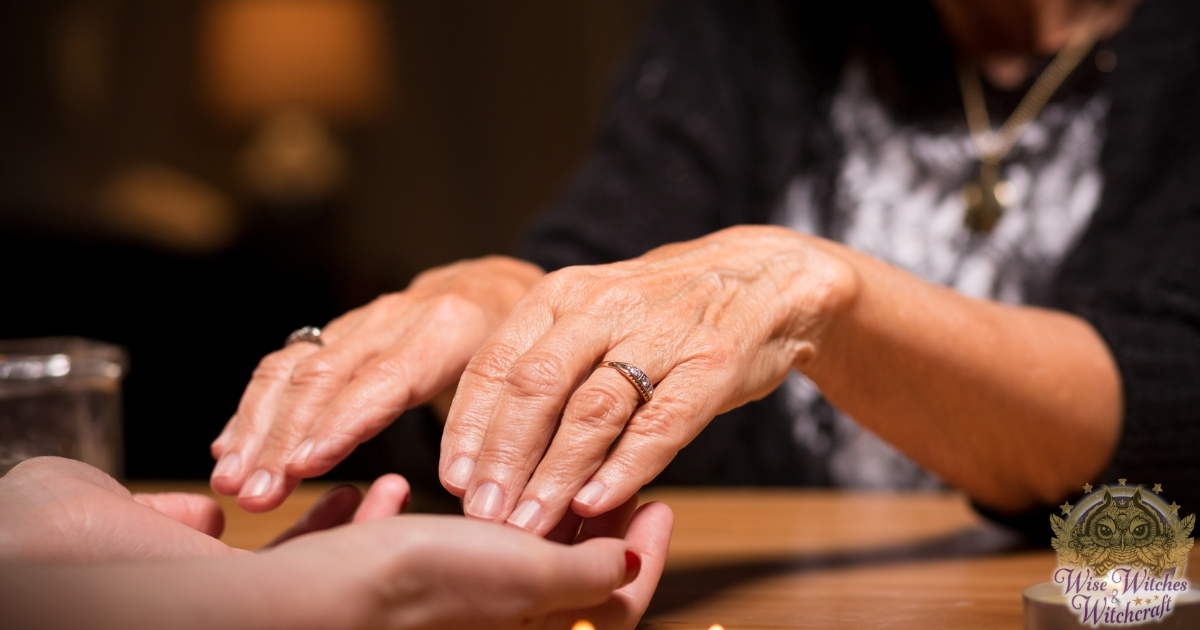 Despite the seemingly dangerous nature, the mystical art of spirit summoning became the enduring foundation for Spiritualism. In the 1840s, two teenage girls−the Fox sisters−exhibited purported unique psychic abilities, which manifested in clickings and rappings that resembled poltergeist activity.

Despite later investigations that showed fraud, the Fox sisters began a wave of enthusiasm for the mystical that continues to this day. Accounts of the Fox sisters’ experiences and their public displays led to the founding of the Spiritualist Church, and other metaphysically centered traditions that contribute to the New Age movement even now.

The Tenets of Spiritualism

Spiritualists trust in the ability of the living to communicate with the dead, and in the benefits of doing so. Fundamental tenets of Spiritualism include:

Among its past members, Spiritualism boasted such prominent figures as Victor Hugo and Sir Arthur Conan Doyle. 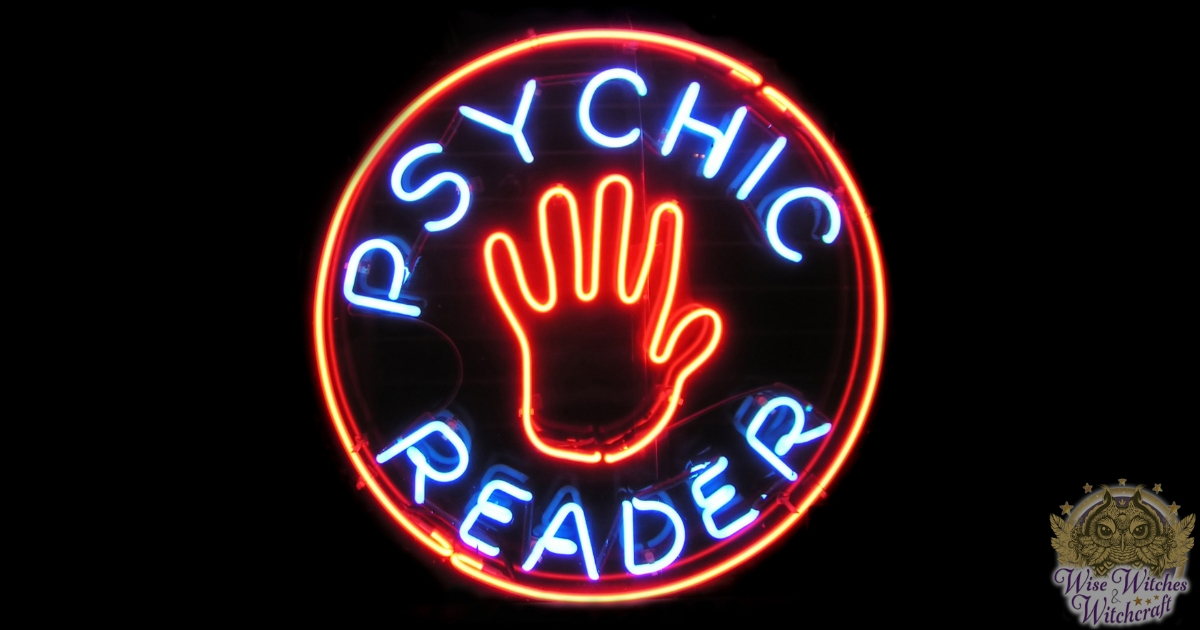 Mediumship remains the main way that Spiritualists communicate with the dead. Other methods have come into the public eye, including channeling (a type of mediumship), automatism, and psychic investigations. While some of these approaches can be used by laypeople, attempting contact with spirits should not be taken lightly. Not all ghosts are pleasant, and not all take kindly to having their eternity disturbed by curiosity seekers.

If at all possible, call on an expert to contact the ghost. If you can’t get an expert, please take sensible precautions: 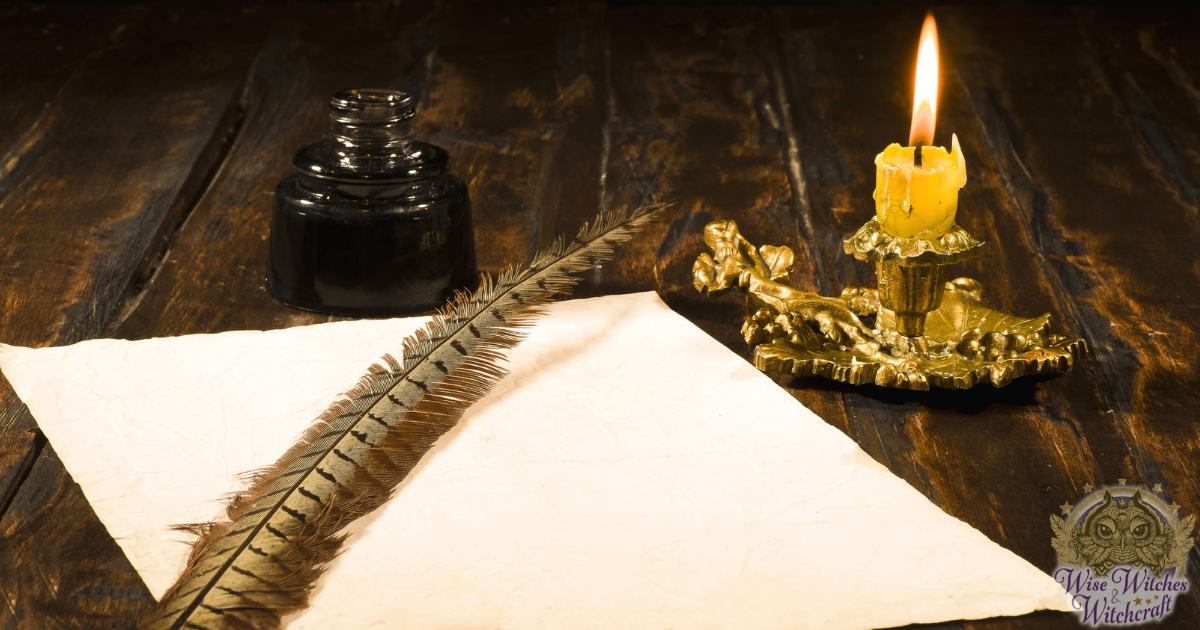 Glossolalia, pendulum divination, automatic writing, and dowsing are all forms of the ancient practice of automatism. Automatism resembles mediumship, to the extent that it relies on an altered state of awareness. While in that state, the automatist is controlled by the spirit in question, which conveys information. Automatism comes spontaneously to some people, while others learn it as a skill.

Automatic writing, painting, and composition have given birth to numerous works of beauty. In the early 1900s, Pearl Curran wrote hundreds of acclaimed poems and stories, totaling more than 1,600,000 words, in a five-year period. She claimed to be channeling the spirit of Patience Worth, who helped her write The Sorry Tale. This was a story about one of Christ’s contemporaries, which was remarkably accurate historically, given that it was written by an author with little education.

Creative artists in many fields rely on automatism. Matthew Manning and Luiz Gasparetto both attribute their painting abilities to spirit guidance. Gasparetto appeared on British television, producing an amazing 21 pictures in 75 minutes, with the help of his spirit. Rosemary Brown, who had very limited musical training, channeled music from famous composers. Her work was good enough that it impressed Leonard Bernstein.

Some researchers claim that automatism is merely a way to tap hidden or repressed skills or insights. Perhaps the manifestation of creative talent could be a form of ESP, whereby the automatist accesses the consciousness of other living people. But for those who believe in ghosts and the afterlife, automatism is one way to download information from the spiritual computer matrix.

What is a Ouija Board? 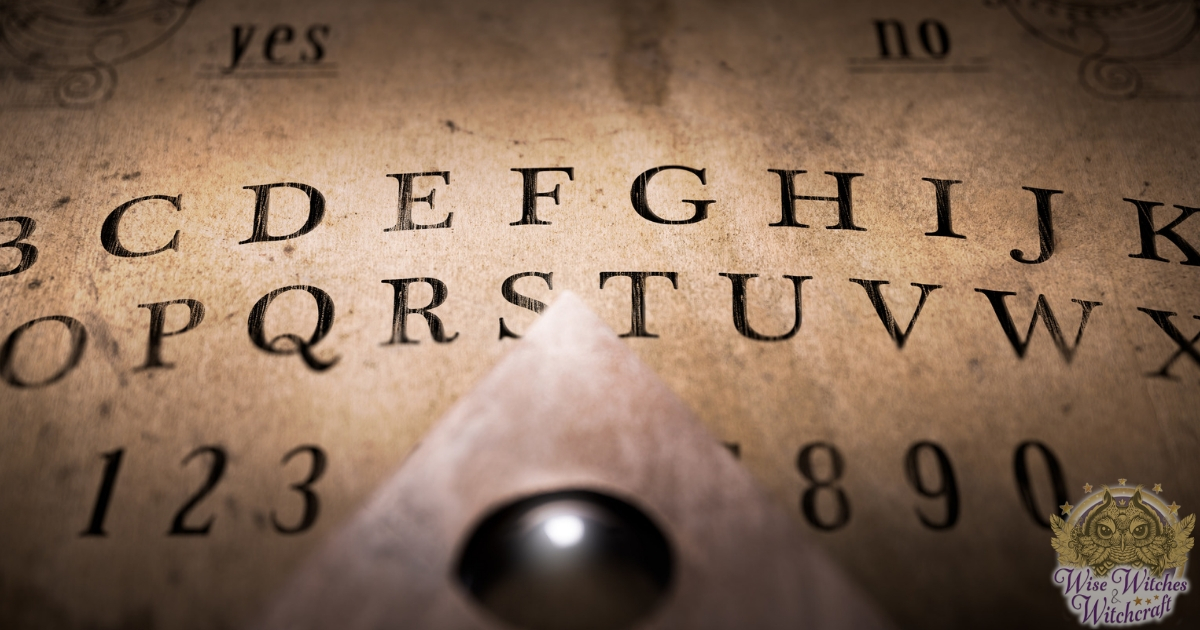 The Ouija board originated in Asia Minor. The prototype consisted of a three-legged bronze table engraved with images of Hecate, a circular dish with sacred symbols, which functioned like a roulette wheel, and two rings. This apparatus gathered information from the next world. In 371 A.D., a more modernized version of the Ouija appeared in Greece. This consisted of a laurel tripod, a round metal plate inscribed with Greek letters, linen thread, and a suspended ring that acted like the modern planchette. The diviner sets the ring in motion to begin the divination. Apart from this moment, the implement was never touched by mortal hands. The diviner invoked the spirits, trusting them to guide the tool to give correct answers. The Roman Emperor Valens used this early form of the Ouija to discover the name of his successor.

During the Victorian era, Ouija sessions were often conducted at mid-day teas. The popular interest prompted the Psychical Research Society to conduct studies on the Ouija. In 1914, William Barrett, a representative of the Society, reported the belief that the Ouija exhibited “super-normal” results attributed to noncorporeal spirits.

The Ouija has helped shaped modern metaphysical thought. Jane Roberts used it in 1973 to contact the entity known as Seth, whom she later channeled directly. Her “Seth” books were foundational documents for the popular interest in channeling spirits, which still continues.

The modern Ouija consists of a pointer called a “planchette,” which glides over a board labeled with the letters of the alphabet, the words “yes” and “no” and sometimes the phrase good-bye. Enquirers wishing to contact and question a spirit place their fingers lightly on the planchette and voice their question. At this moment, if a spirit has been contacted, the planchette begins moving−seemingly on its own. The planchette stops indicating individual letters, in a sequence that spells out the spirit’s response.

The “game” that developed from this serious method of spiritual communication has tainted the reputation of Ouija. The game lacks safeguards: because of this, it is not a good system for determining ghostly presences and their stories. People who use Ouija as a game can never be wholly certain whether they have contacted the desired entity, contacted some other entity, or simply received information manipulated by the person using the planchette. 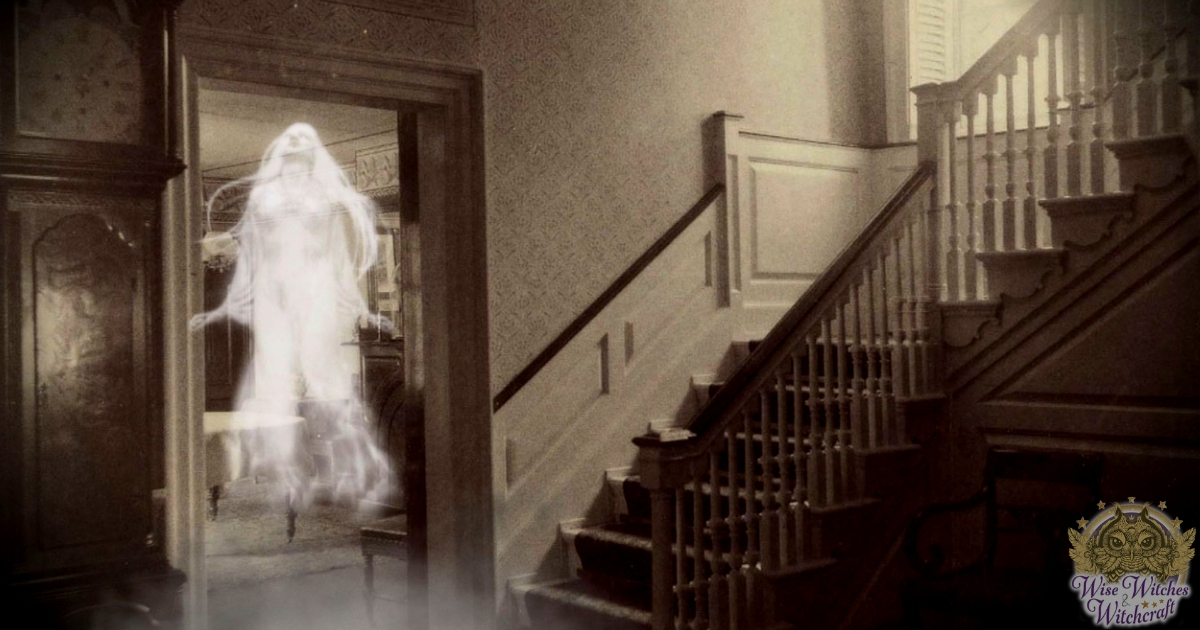 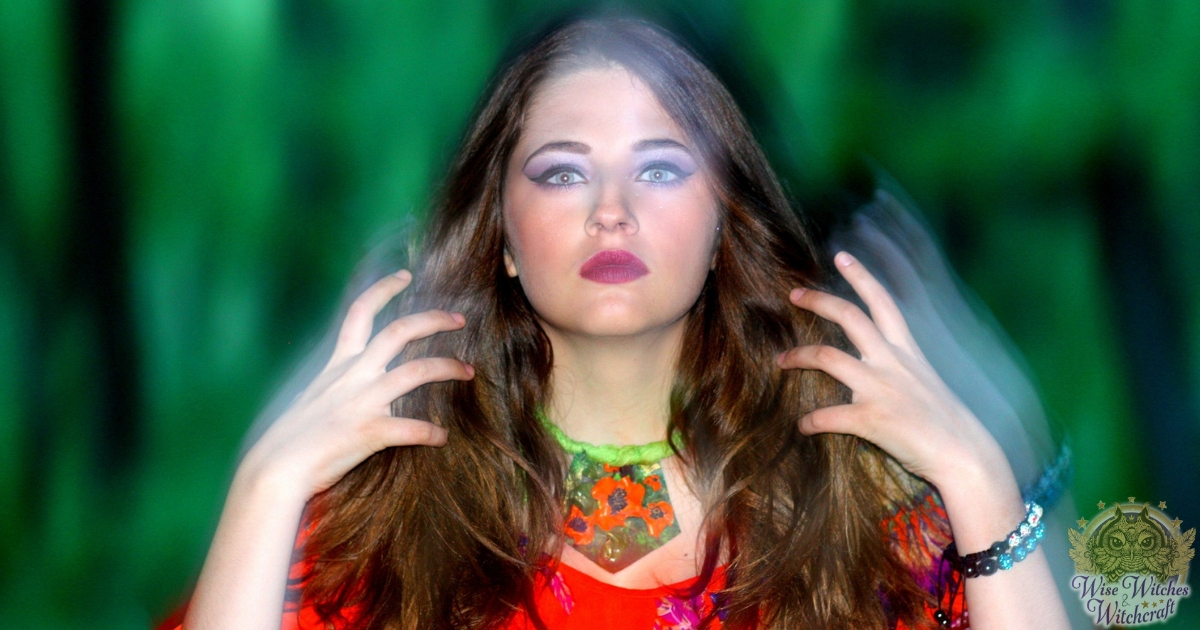 Mediumship, recently called “channeling;’ has a rich history. In the Biblical book of Samuel, Saul consults a medium−the Witch of Endor, who summons a spirit that answers Saul’s questions. In pre-Buddhist Japan, inspired mediums were called upon to ask questions of supernatural beings whose answers decided important matters for entire communities. The Oracle of Delphi in classical Greece housed a medium who spoke the words of Apollo in a trance state. So highly regarded were her skills that she was able to charge the ancient equivalent of millions of dollars for a single visit.

In Norse tradition, the prophetess was called Velda, Spakona (‘woman of prophecy’) or Volva (‘seeress’). During the rite of mediumship, the Velda sat on an elevated seat, called a seiohjallr, similar to the Delphic seat. Around it, singers chanted the required spells for augury. The Norse believed that singing and chanting attracted the spirits, who would then be consulted.

As with all metaphysical procedures, mediumship’s popularity waxes and wanes according to the public’s acceptance. At the turn of this century, mediumship was extraordinarily popular. A lot of that interest remains today. In a 1990 Gallup Poll, eleven percent of American adults indicated that they believed channeling had some validity.

1. The medium settles into a meditative state.
2. She enters a trance.
3. Her spirit leaves the body, stepping aside temporarily.
4. Another entity enters.
5. The medium then becomes a sort of astral radio receiver, translating and transmitting messages directly from the entity to the querent.

The Two Types of Channeling

Ancillary channeling has its advantages. The psychic never relinquishes control of his or her body. The psychic may dismiss a spirit immediately, without needing to reverse a trance. Last but not least, the psychic remains responsible for the messages he or she conveys.

The Medium or Channeler at Seances 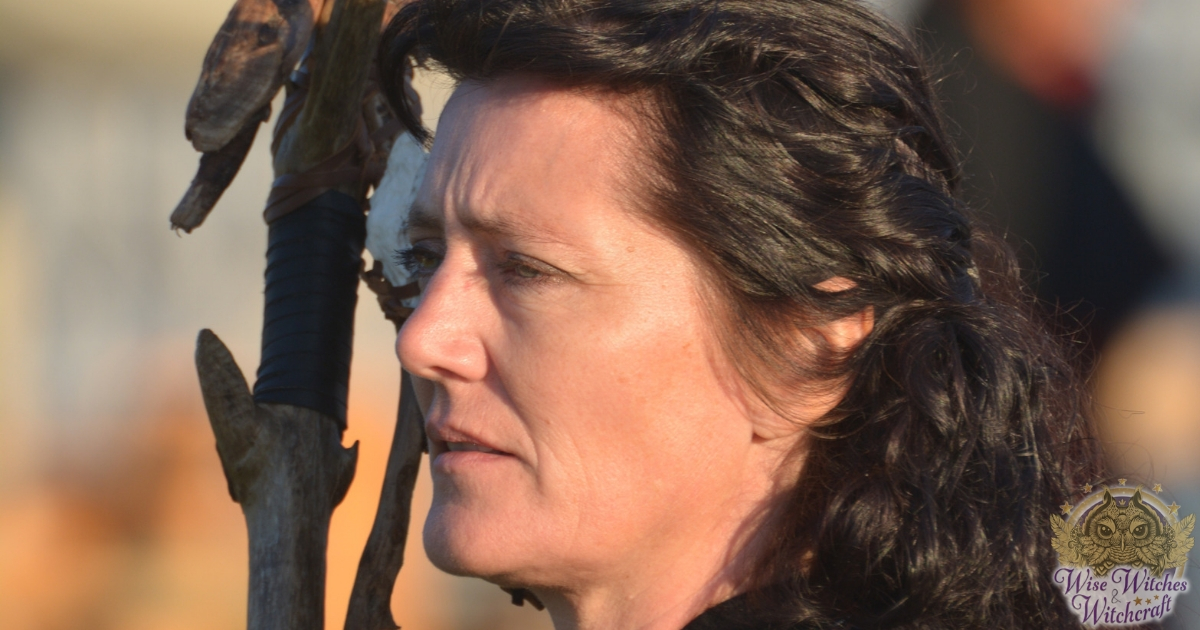 At séances, the channeling can be either direct or ancillary. Several people−called “sitters” gather to make contact with a specific spirit. The sitters hold hands around a table-this is called “forming a chain.” The medium enters an altered state, often using prayer or hymn and deep breathing to do so.

While in that state, the medium can contact the spirit, and allow it to communicate. Mental mediums might see or hear the dead person (as in ancillary channeling), or might allow the spirit to possess them, partially (as in automatism) or wholly (as in direct channeling). Physical mediums work differently. When they contact a spirit, they produce environmental results such as materialization, temperature changes, or winds.

Critics of the seance contend it is either faked or a result of subconscious prompting. A medium who knows human nature well can learn a lot from a querent’s body language and from other subtle hints. Another theory is that mediumship is a type of ESP, in which the reader obtains nonverbal information from the querent, but attributes it to a spiritual source. 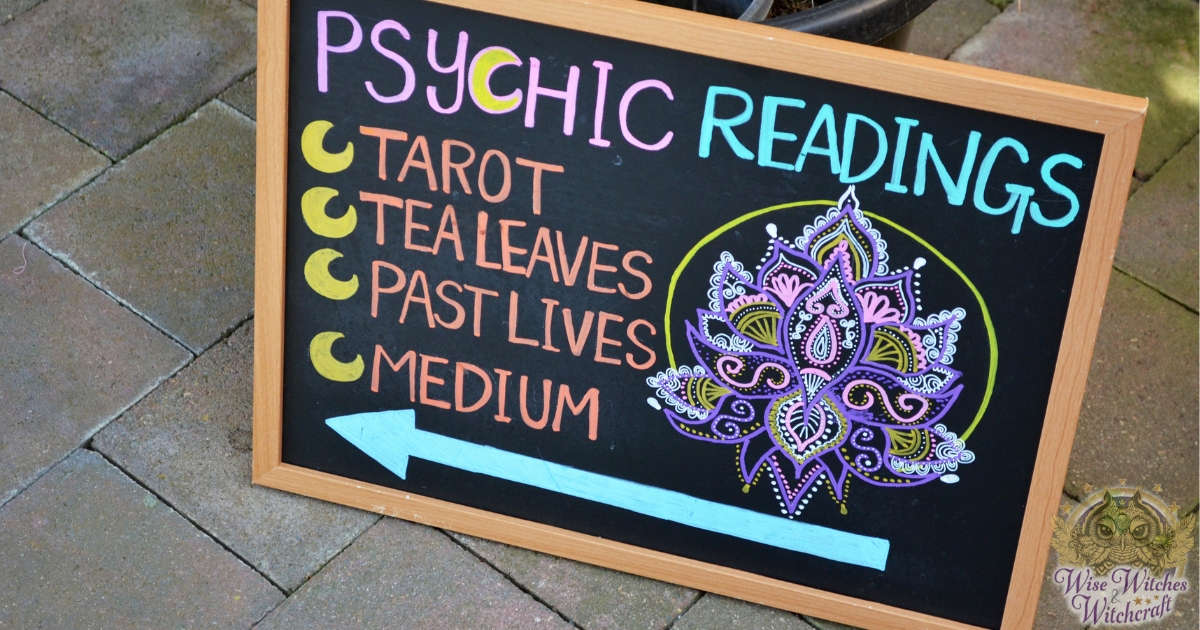 The word psychic comes from psyche meaning mind or soul. Psychics and sensitives are highly attuned to, and aware of, ever-present energies that remain undetectable by most folk. An effective sensitive picks up vibrations, past or present, in or around a site or object. He or she must then determine which vibrations are connected to ghostly events.

You will rarely find a good psychic or sensitive in the yellow pages. Let word of mouth, and personal recommendations guide you to one. If you choose to employ a psychic for resolving a ghost’s riddle, make sure you get references first and check them thoroughly. Interview the prospective candidates, asking questions until you feel confident that one person can do the job properly.

The caveat: This person, no matter how talented, may not succeed. Whether the sensitive’s approach works depends on many variables, including everyday difficulties and disruptions. Don’t expect a miracle worker, but do expect a helper.

From: “Ghosts, Spirits & Hauntings,” by Patricia Telesco. All rights reserved.