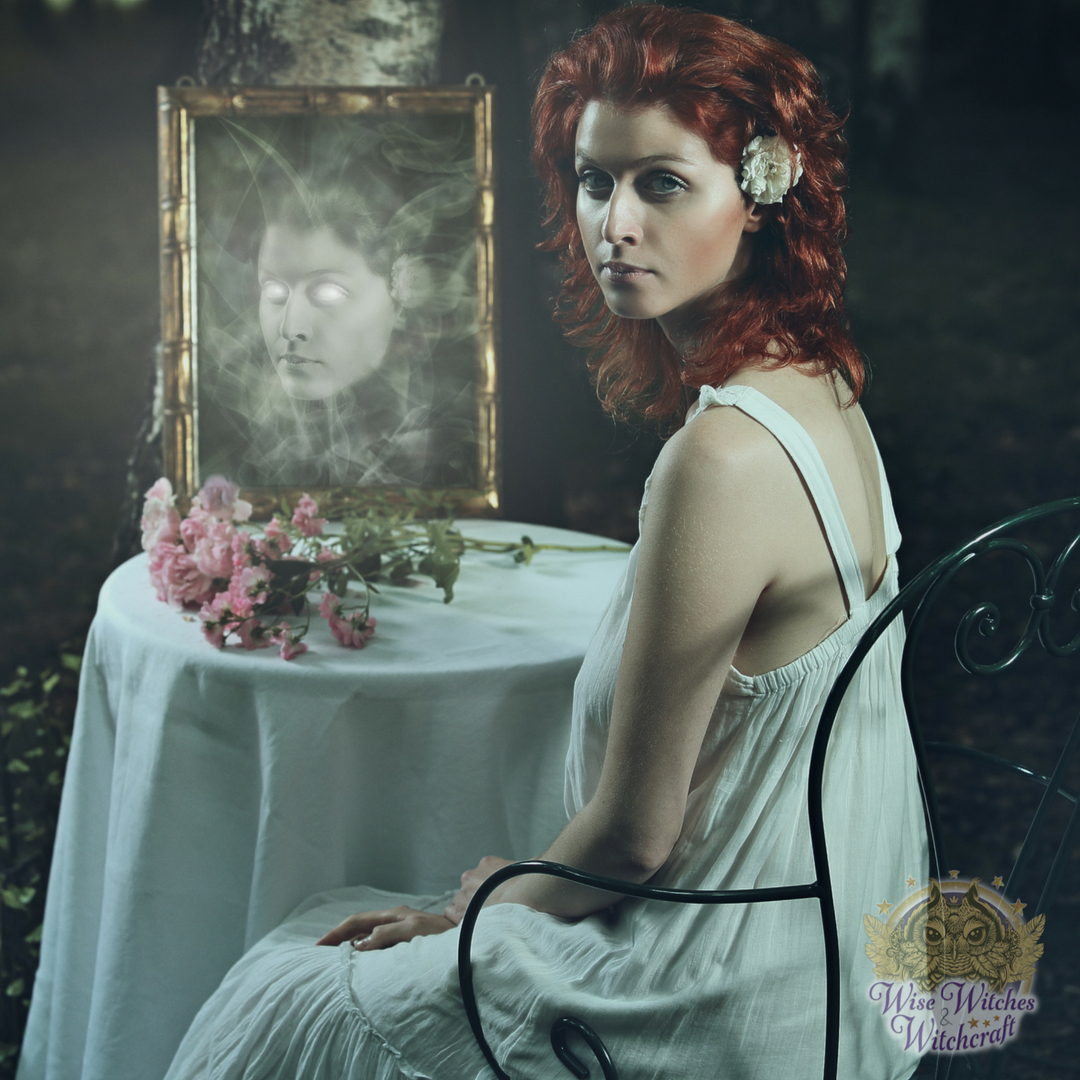 “The soul is indestructible; its activity will continue through eternity.”
−Johann W. Goethe

How do we know that a house, an area, or object is haunted? It’s not easy. Natural causes sometimes mirror events and activities reported in a haunting. Swamp gas and floaters might explain an odd visual image. Wind, a settling house, or a playful pet may be responsible for spooky noises. Or the spiritual entity you encounter may be a ghost or haunting impersonator – entities or energies that seem like a haunt but isn’t. So what’s a layperson ghost hunter to do? 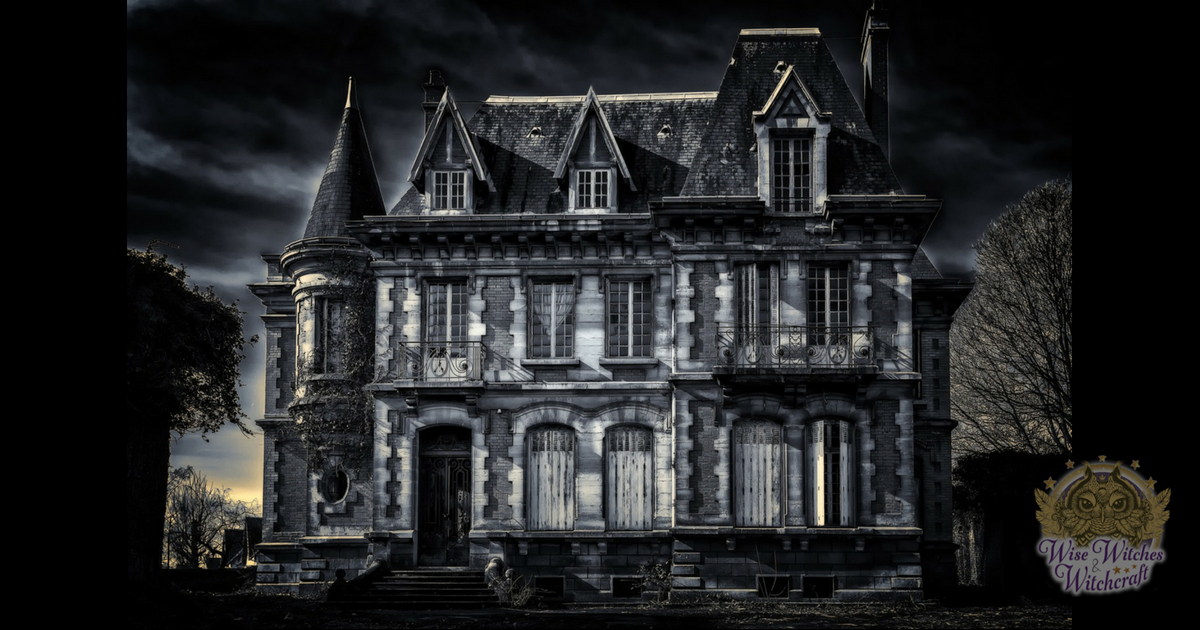 When you first suspect the presence of a ghost or ongoing haunting, begin immediately maintaining detailed records. Later on, these may help verify or disprove the experience with the aid of experts. Records should include the following entries.

Remember the differences between ghosts and imposters can be minimal. Time to work on sharpening those psychic senses! Also, don’t overlook everyday things either. Let’s say you look into a darkened room−and saw an odd, etheric glow. Your heart races as you desperately try to find a camera. Later upon examination, it becomes clear that glow came from moonlight or the headlight of a car, reflecting off a polished crystal on the windowsill. Skepticism is your ally when cataloging ghostly phenomena.

Indications A Home or Object Is Haunted 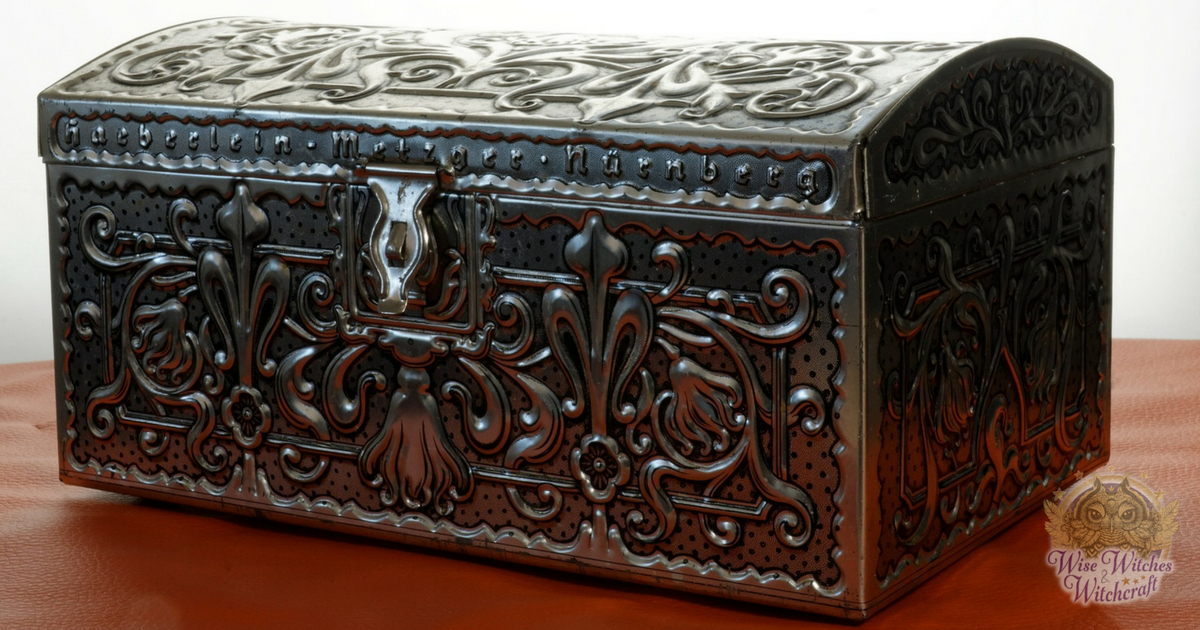 Objects or homes may both experience hauntings. The cause begins with a pre-death attachment to a place, person or object. When the attachment is so intense that it hinders a spirit’s transition into the next life, the object is called a “fetter.” You can tell whether there is a fetter by examining the symptoms the environment or object exhibits.

To help you refine your investigation, let’s review common symptoms of hauntings. 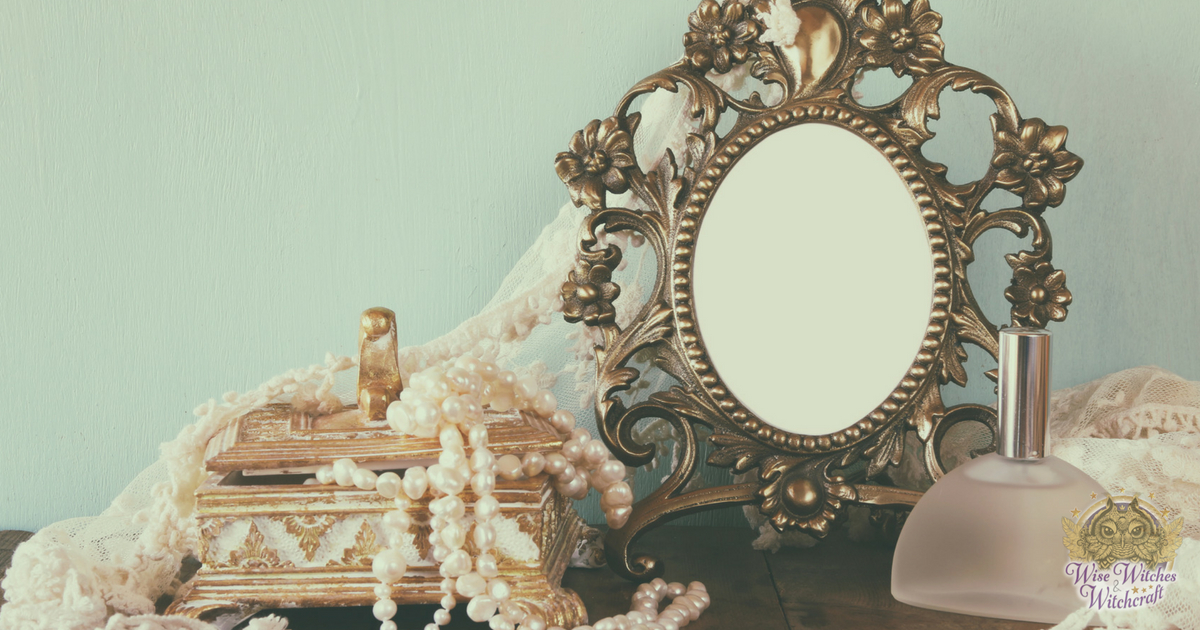 Distinct scents wafting through the home-with no apparent source-are one telltale sign of a haunt. You may smell a spirit’s favorite food, flower, perfume, or cologne. Ghosts can cause unpleasant scents too-hot tar or cigar smoke, for instance. Please remember that nasty smells do not necessarily indicate that the ghost is likewise nasty. The scent is simply a trademark for the deceased person. Maybe your ghost was a street engineer or a cigar smoker.

The aroma in a room may represent some notable event in the ghost’s earthly life. Let’s suppose that you recently cleaned the cellar, but it suddenly begins smelling damp and musty. The smell could indicate that a flood occurred there sometime in the past. The ghost may have lived through that flood or died in it.

Just an observation: some aromas are energy imprints rather than an actual haunt. 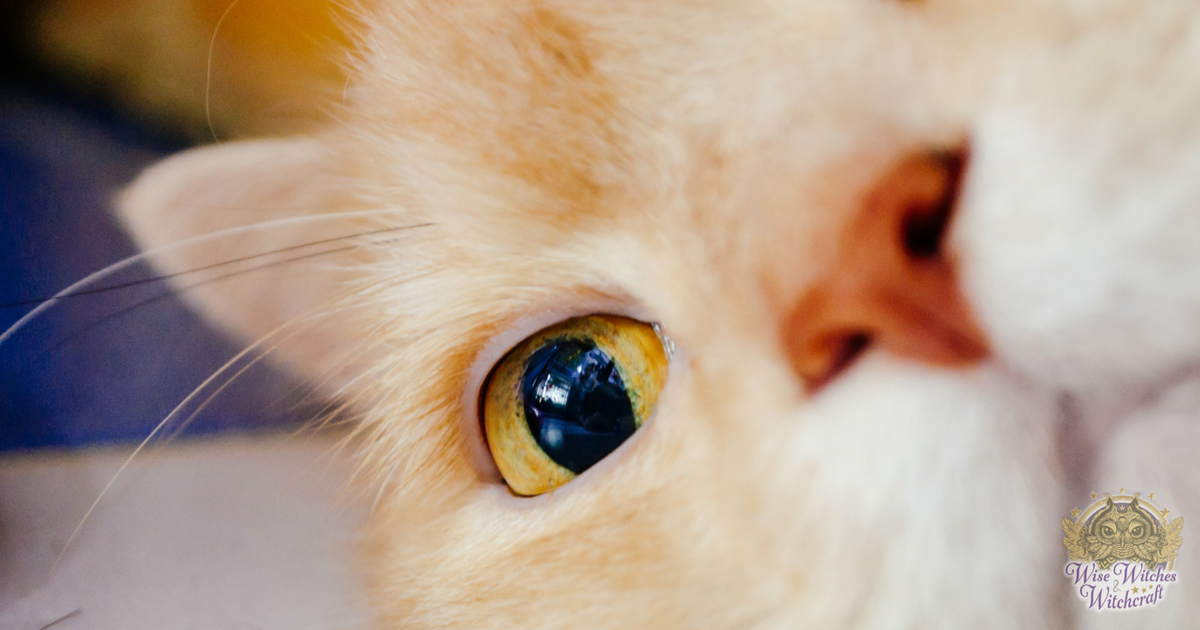 Children and animals are more sensitive to the presence of spirits than adults. We need to pay more attention to their instincts, especially when we investigate hauntings. The following story is a case in point. Certain animals-birds, for instance-may, carry a spirit with them. Babies have free access to the spirit realms for a period just after they are born because their crown chakra-located at the top of the head at the soft spot – is open.

So, if a child talks of a friend or friends you can’t see, get a description and listen carefully to your child. If your pets take notice of something, and you see nothing, get ready: you may find yourself appeasing that “nothing” in a variety of ways. A good example is having a dog that barks at an old piece of furniture when you move it and won’t stop. When you return it to the original spot, all is well, and the attached (fettered) spirit stops the commotion.

We know people who lived with a spirit who delighted in straightening pictures and messing closets. The spirit would get busier whenever there was a lot of human activity in the house − many guests coming and going, or during intense spring cleaning sessions. During this haunt, activity books or jewelry disappear, only to reappear in unexpected places.

If this happens to you, try determining why a spirit wants to rearrange or remove items. Taking jewelry or a book may be a way for it to feel closer to this world. A ghost who frequently throws cards around may have a moral taboo against card playing. Mind you this mayhem may well be the work of bored fairies. 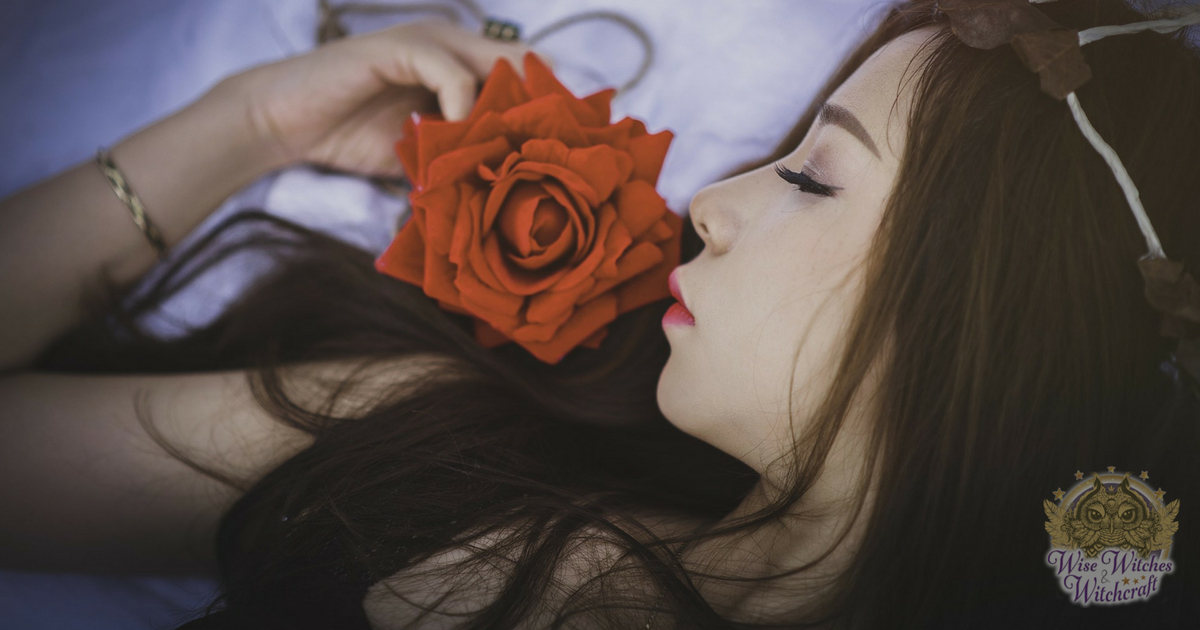 The Greeks called the god of dreams Morpheus: he was the son of Hypnos (“Sleep”) and a cousin to Thanatos (“Death”). Sleep and dream were states that had a unique connection to the afterlife and to the spirits that dwelt there. The connection was so strong the Greeks believed the people closest to death were also the best and most dependable dream oracles!

In ancient Japan, the Emperor was the official dreamer for his people. He would go into seclusion, communing with the supernatural world through his dreams. Upon waking, he would communicate these messages to his staff and the community.

In Germanic regions, people once believed spirits who visited during sleep brought them luck and protection. Usually, these spirits were female; they may have been a communal expression of the fertility goddess in that culture.

The idea sleepers can get communications from spirits of the dead continued through the Renaissance. In the sixteenth century, the Swiss mystic and physician Paracelsus wrote that dreaming of people who had been dead for over fifty years was one way of receiving knowledge from the next world.

Poets, as well as historians, have recognized the connection between sleep, death, and dreams. Shakespeare’s Hamlet concluded that suicide would not extinguish his consciousness, “For in that sleep of death what dreams may come.” As early as 720 B.C., the Greek historian Hesiod spoke of sleep as the brother of death.

So What’s the Connection to Hauntings? 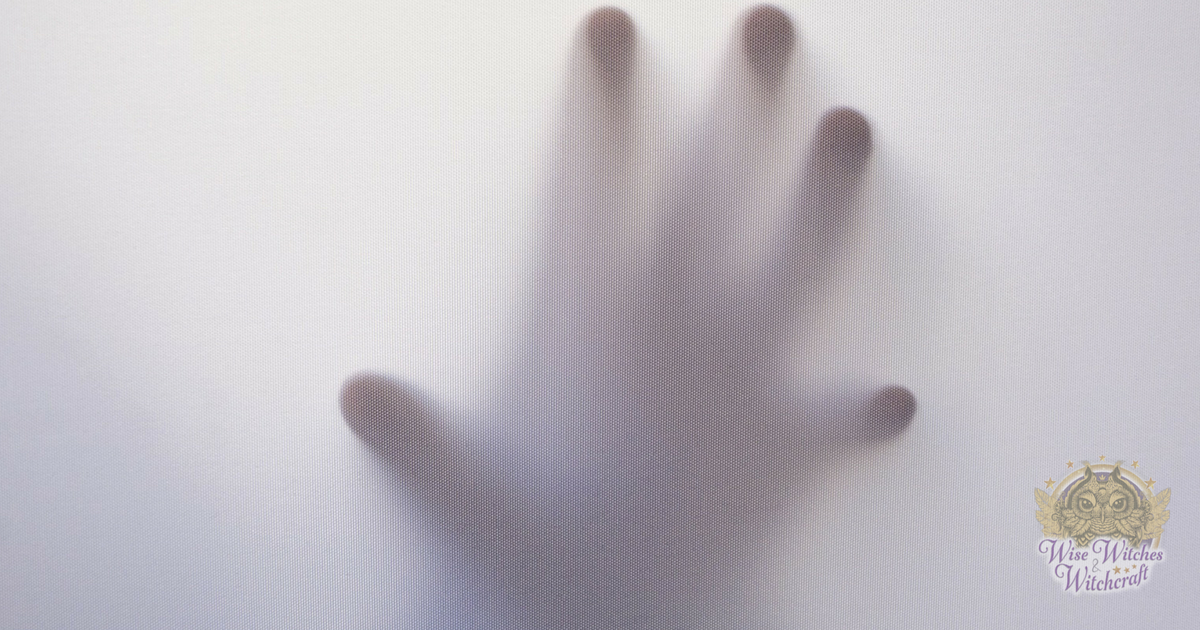 Sleep, death, and dreams are connected within the human consciousness. Our dreams become like an inter-dimensional modem that intercepts and interprets messages from realities other than the waking world. While we sleep, our mind is less busy with mundane thoughts. It provides greater access to ordinarily untapped portions of gray matter. We use about 30 percent of our brain’s total capacity daily; What happens when someone opens the doorway to even five percent more?

Dream apparitions usually deal with someone close to the dreamer. A ghost haunting a residence may use this avenue of communication. Such ghosts may look for any available, open-minded person. If you have dream encounters with a ghost, make detailed notes of anything it tells you, and of any recurrent scenarios. Share these with the owner of the house. Or, if that’s you, patterns should develop within your data. You can then check these against historical records for further verification.

The human spirit has oft been compared to a spark or flame. Fire, by association, behaves oddly in the presence of spirits. There are many bits of lore about the color or movement of fire in a haunted area. A blue flame, for example, indicates the presence of a ghost. “Winding sheets” − long twirls of wax on one side of a candle − can mean that a ghost is in the house. Fires that burns brightly on one side, but barely at all on the other, has a ghost standing on the second side. Cold winds from the world of the dead quench that side of the flame.

The ambiance of a region or house has associations with energy impressions and cumulative energy. If this ambiance is specific and potent, you may have a haunting going on. Have you ever walked into an unfamiliar place and felt uncomfortable with it? That may be an unhappy spirit, unwilling to leave.

Footsteps, cupboards opening, windows closing, objects dragging − people report these noises, linking them with a haunting. A ghost may attempt to tell a story with these sounds. If the ghost always sat in a favorite rocking chair, for example, the sound of creaking floorboards might occur. If the ghost paced the floor waiting for errant children, footsteps might be heard. Knowing ghosts use noises to communicate, Victorian sensitives often brought drums or tambourines to their séances. The instrument was set on a table so that the ghost’s vibrations could set it off. Unfortunately, wiggling an elbow at an apt moment could imitate this effect.

In 1959, the Swedish film producer Friedrich Jurgenson captured the voices of the dead on a tape recorder. Interested in his results, a group of engineers and independent scientists attempted regulated experiments in the 1970s. These yielded many taped voices in a variety of languages. That was the humble outset of electronic voice phenomena (EVP).

Physical manifestations − incidents when a living person physically feels a ghost are rare. Touch is an intimate sense. Unless you are open and sensitive to the spirit realm, you are unlikely to experience this. A ghost in the haunted environment would have to exert tremendous energy to cause physical sensations discernable by the living.

Students of haunted areas tell us temperature shifts happen – both up and down. The vast majority drop down. This associated coldness relates to the absence of life, so the effect may be partly psychological. Our minds “translate” an encounter with lifeless energy into a feeling of physical coldness not having a better means of communicating it… Hot spots happen more frequently where there has been a fire in the past, or where there is a furious spirit.

Visual Manifestations in a Haunting 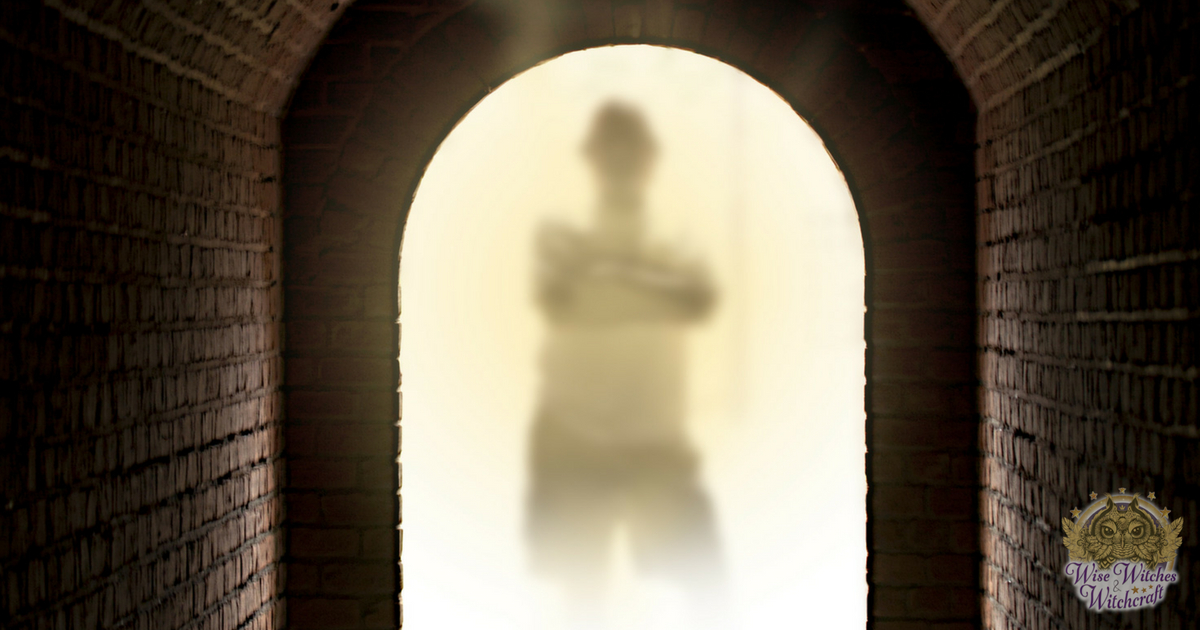 The stereotypical ghost is wispy and shadowy. But, many ghosts are so solid we mistake them for people. Many do not understand they saw a ghost until it faded away or walked through a wall! If our subconscious has a way to detect the presence of stranded souls, an on-going haunting, or other spirits, it could then interpret them visually. It is a mysterious ability: psychics and clairvoyant mediums have a knack for it, but may not explain the mechanics involved.

The camera sometimes captures the visual manifestation from a haunt. It comes as quite the surprise to tourists who were gathering memories for their scrapbook. Human outlines of light, faces in the grass or hills, and other images appear on different rolls of film. With the advent of digital cameras, such pictures prove even more astounding with less likelihood of design failures causing illusions. 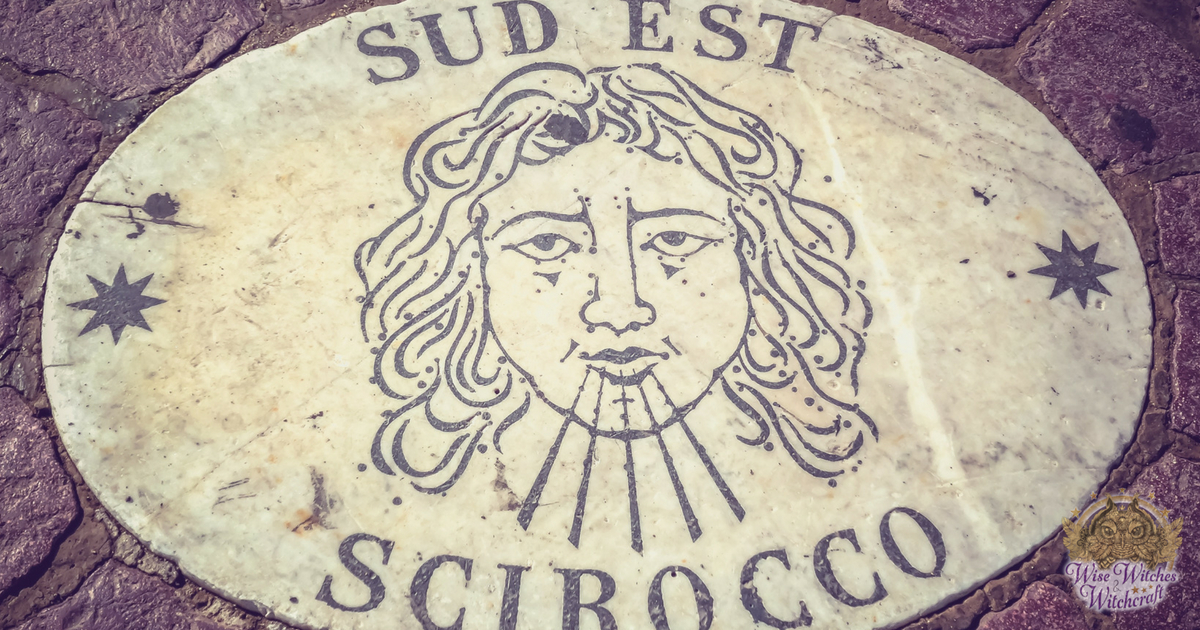 Wind and air, like spirits, are invisible and elusive. Some early schools of Greek philosophy suggest the wind contains the World-Soul. Greek religion assigned a God to each of the winds that blew from the four directions. Many cultures believe the spirit is a subtle wind inside the body, and that it leaves the body with the last breath.

A breeze suddenly appearing or disappearing, with no discernible cause, can imply a haunting. The intensity of the wind and its demeanor can be read for signs of the spirit’s mood − a harsh, destructive wind being caused by an angry ghost, for example. Most ghost winds are cold. Some winds waft the ghost’s trademark aromas.

All in all, our belief in hauntings and ghosts is not an exacting science. Many parapsychologists work very hard on bringing regulated case studies into the realm of their work. But, as one might expect, ghosts are not always cooperative.

Adapted from “Ghosts Spirits and Hauntings,” by Patricia Telesco. All Rights Reserved.