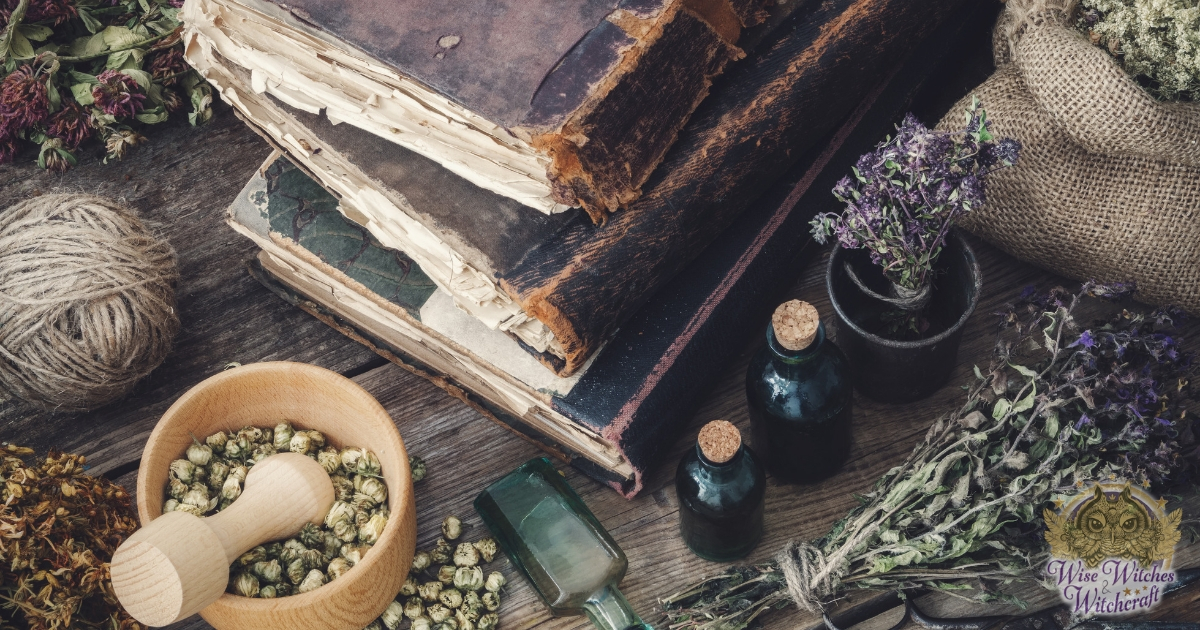 The Wizard of Oz
A children’s novel (originally entitled “The Wonderful Wizard of Oz”) written by L. Frank Baum and illustrated by W. W. Denslow in 1900, and subsequently made into a stage play and the extremely popular and highly-acclaimed 1939 musical film. The story chronicles the adventures of a girl named Dorothy in the Land of Oz and the Emerald City, and features Glinda, the Good Witch of the South, as well as the Wicked Witch of the East, The Good Witch of the North and the Wicked Witch of the West (Dorothy’s nemesis), and the Scarecrow, the Tin Woodman and the Cowardly Lion. His portrayal of witches was influence by the fairy tales of the Brothers Grimm and Hans Christian Andersen. Baum wrote 13 “Oz” sequels between the years of 1904 and 1920. 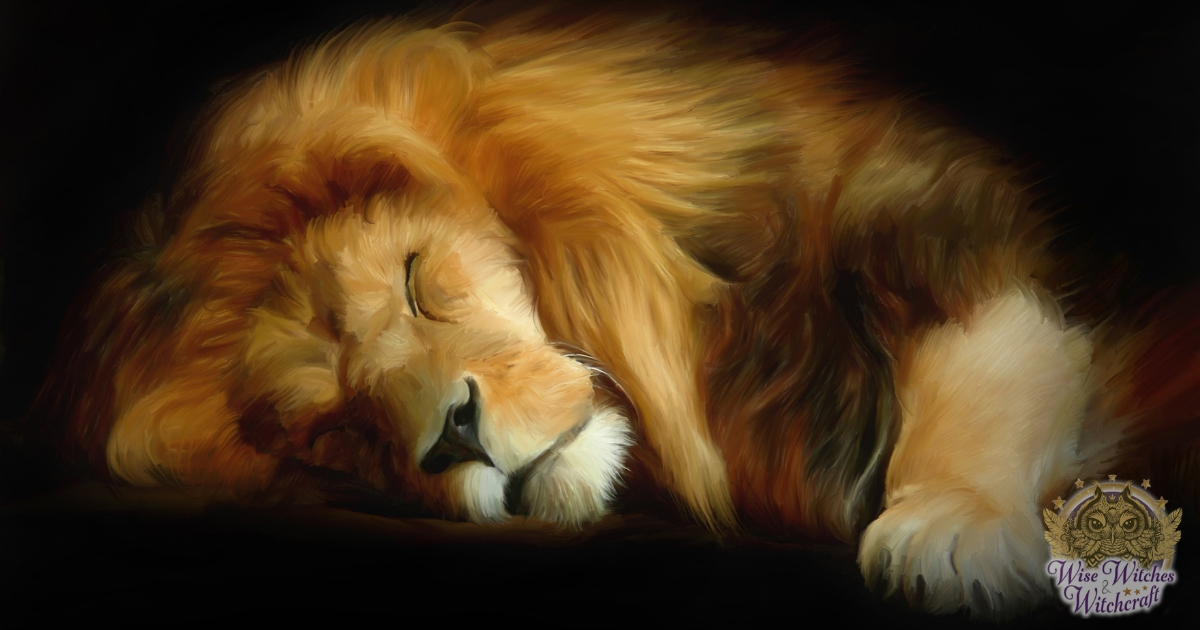 Chronicles of Narnia
A series of seven fantasy novels written between 1949 and 1954 by the English author C. S. Lewis, the most famous of which is “The Lion, the Witch and the Wardrobe”. Later versions include a 1979 animated television adaptation, a 1984 theatrical production, a 1988 BBC miniseries and the 2005 feature film and its sequels. Jadis the White Witch is the main villain of the series, having usurped power over all of Narnia and magically enforced an “endless winter” for a hundred years. Although she kills Aslan (the force for good in Narnia), he later returns and kills her, ending her reign of terror forever. The books borrow widely from traditional Christian themes and Pagan mythology.

The Devils of Loudun
A novelization by Aldous Huxley, published in 1952, based on the historical account of supposed demonic possession, superstition and religious fanaticism in 17th Century France. It is based on events which took place in the small town of Loudun, where a priest called Urbain Grandier was tortured, found guilty and burned at the stake in 1634, accused of seducing an entire convent of Ursuline nuns and of being in league with the devil, although he never admitted guilt. The book touches on aspects of the multiple personality controversy in cases of apparent demonic possession. It was adapted as a play by John Whiting in 1960, as an opera by Krzysztof Pendereckie in 1969 and as a film (“The Devils”) by Ken Russell in 1970.

To the Devil a Daughter
The second and best-known of British author Dennis Wheatley’s popular occult and black magic novels (after his 1934 “The Devil Rides Out”), published in 1953, and later made into a 1976 Hammer horror film. The plot combines Satanism and black magic (on which Wheatley was considered quite an authority) with suspense and spy thriller material. Later novels in the same vein include “The Satanist” (1960), “They Used Dark Forces” (1964) and “Gateway to hell” (1970). 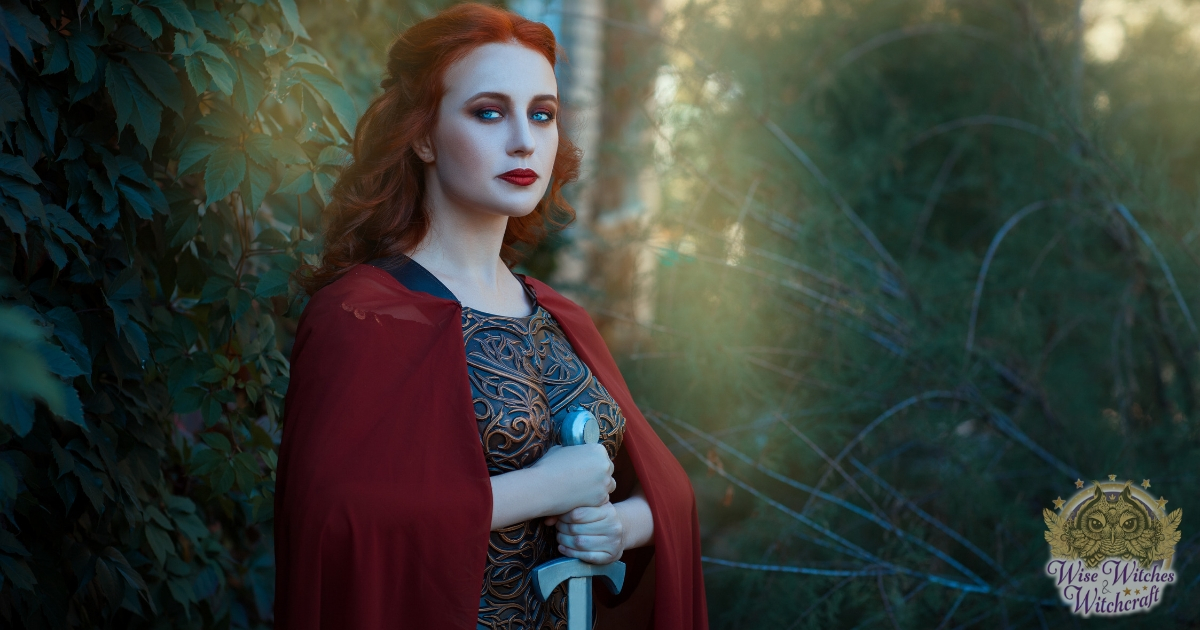 The Mists of Avalon
A 1982 novel by American author Marion Zimmer Bradley which relates the Arthurian legends from the perspective of the female characters, particularly that of Morgaine (aka Morgan Le Fay), who is portrayed as a woman fighting to save her matriarchal Celtic culture in a country where patriarchal Christianity threatens to destroy the Pagan way of life. Morgaine is held to be capable of second sight (a gift of her Goddess) and transfiguration. In the end, she sees that the Goddess that she worshipped did not die with the coming of Christianity, merely took another form in the image of the Virgin Mary.

Discworld
A popular comedic fantasy book series written between the 1983 and 2000s by the British author Terry Pratchett, set on the Discworld (a flat world balanced on the backs of four elephants which, in turn, stand on the back of a giant turtle). The series of books (now numbering at least 36) have spawned cartoon, television and theatre adaptations and computer games. The witches in Pratchett’s universe generally act more in their traditional role as herbalists, advisors and wise women, drawing on ancient European folklore and fairy tales, and also parodying famous works of literature, including Shakespeare and Tolkein. 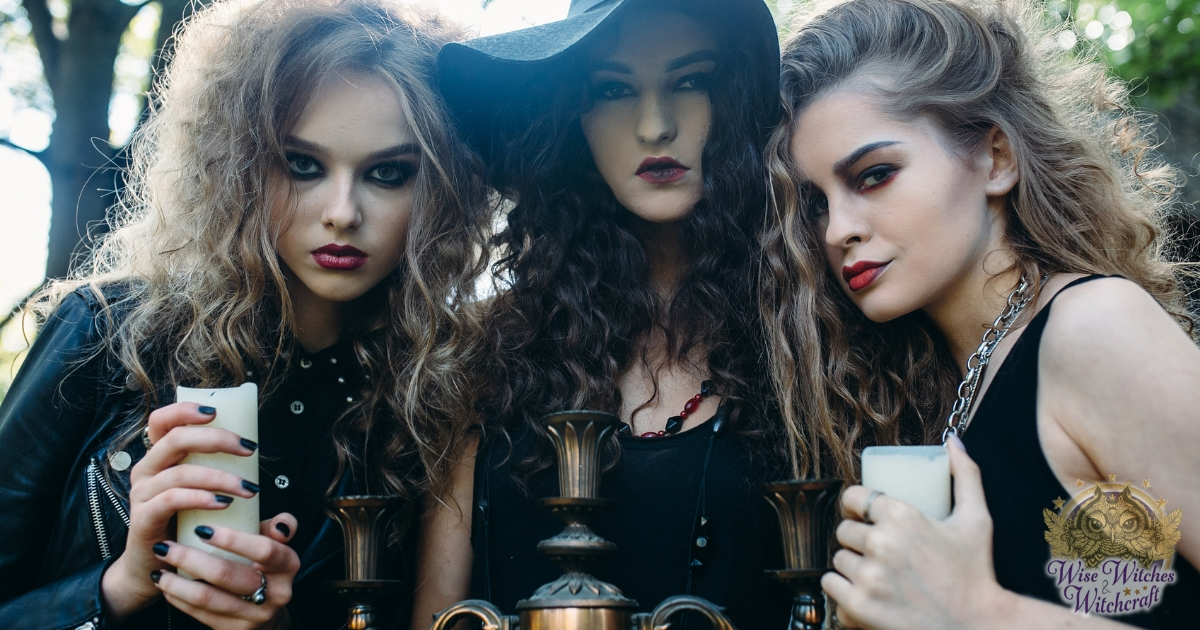 The Witches of Eastwick
A 1984 novel by the American author John Updike, also made into a successful film in 1987, a West End musical in 2000 and a television series (called simply “Eastwick”) in 2002. Set in the fictional Rhode Island town of Eastwick in the late 1960s, the plot involves the seduction of the three female witch protagonists by the devil-like character, Darryl Van Horne, and the women’s realization of his corrupting influence.

Lives of the Mayfair Witches
A trilogy of novels written by the American horror author Anne Rice, consisting of “The Witching Hour” (1990), “Lasher” (1993) and “Taltos” (1994). They feature the Mayfair Family, modern descendants of generations of witches, who are haunted over four centuries by a powerful and seductive being, a Taltos demon called Lasher.

A Break With Charity
A 1992 novel for young adults by Ann Rinaldi about the 1692 Salem Witch Trials in Massachusetts, written from the point of view of a young woman on the edge of, but very close to, the main events. The unfolding proceedings are followed with good historical accuracy, and in an easy-to-read fashion.

Wicked
Sub-titled “The Life and Times of the Wicked Witch of the West”, this is a parallel novel written by Gregory Maguire and illustrated by Douglas Smith in 1995, based on L. Frank Baum’s “The Wizard of Oz”. It presents a revisionist look at the land and characters of Oz, including Elphaba (the misunderstood green-skinned girl who grows up to become the infamous Wicked Witch of the West) and Galinda (later known as Glinda, Elphaba’s roommate at Shiz University). The book is the basis for the popular Broadway musical “Wicked”. 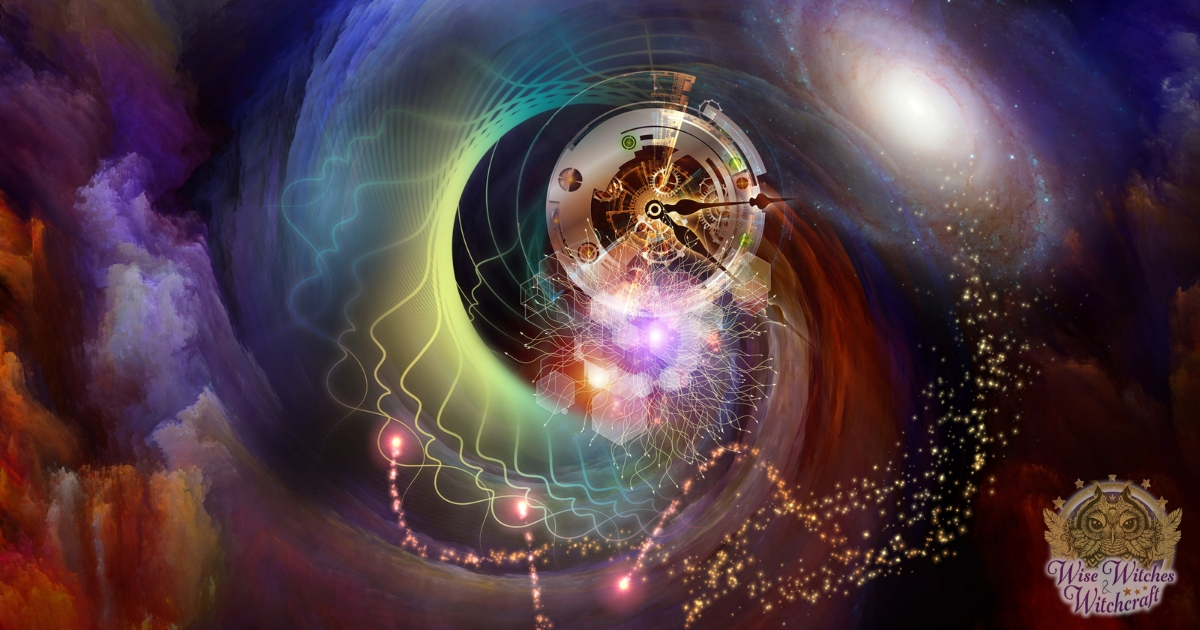 His Dark Materials
A popular trilogy of fantasy novels (and subsequent stage and big screen adaptations) for young adults by Philip Pullman, comprising “Northern Lights” aka “The Golden Compass” (1995), “The Subtle Knife” (1997) and “The Amber Spyglass” (2000). Set in a series of parallel universes against a backdrop of epic events involving armoured polar bears, animal-shaped “daemons” and a secretive Magisterium, the books also feature a race of witches (ruled over by their queen, Serafina Pekkala) who fly and live for hundreds of years.

Harry Potter
An immensely popular series of seven fantasy novels written between 1997 and 2007 by British author, J. K. Rowling, the Harry Potter books have become one of the best-selling series of all time, along with the films, video games and other themed merchandise they have inspired. Largely set at the Hogwarts School of Witchcraft and Wizardry, the central story arc concerns the young Harry’s struggle against the evil wizard Lord Voldemort, who killed Harry’s parents in his quest to conquer the wizarding world, and ultimately the rest of the world too. The witchcraft elements in the books are generally stereotypical, including flying around on broomsticks, pointed witch’s hats, and the waving of magic wands. 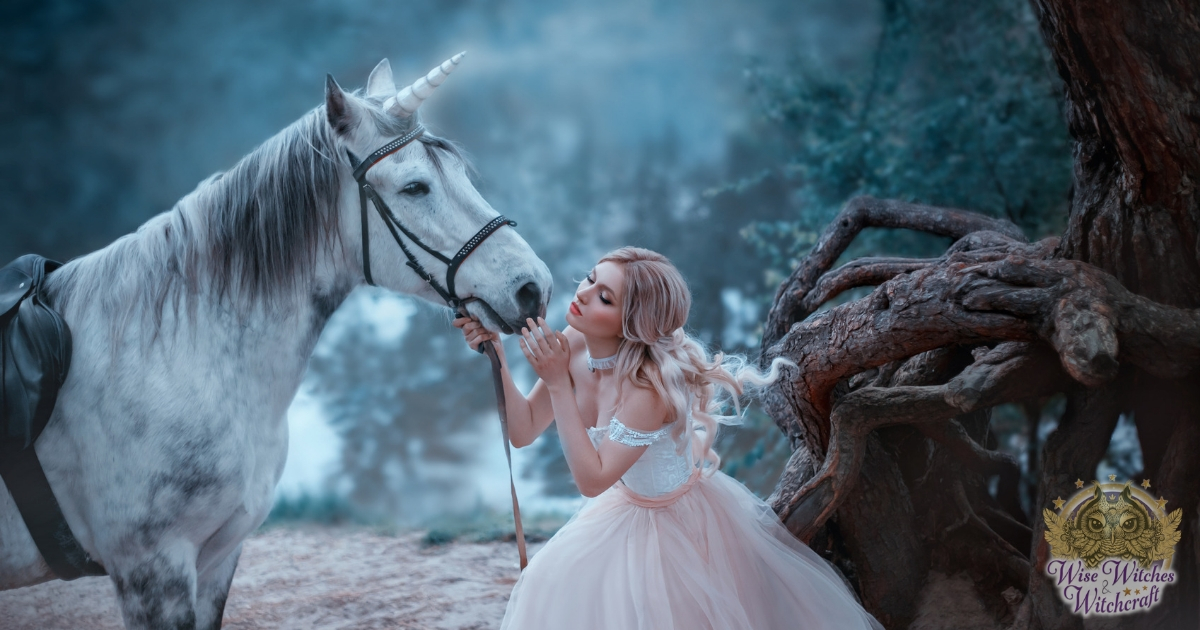 Stardust
A 1998 Neil Gaiman novel made into 2007 film, “Stardust” is a fairy tale style story, including the major sub-plot of the Lilim, three old women of great power who were once the beautiful queens of a magical kingdom of witches, which was lost beneath the sea centuries ago. They seek a fallen star in human form from the magical world of Faerie because, by consuming her heart, they will be returned to their youth and beauty. 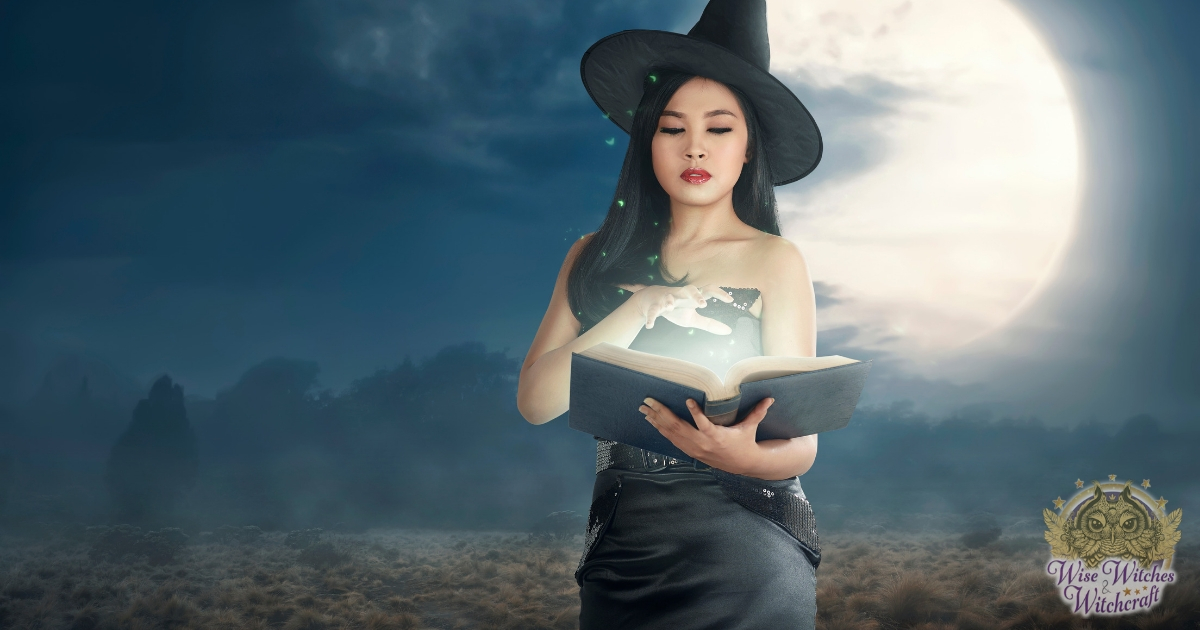 T*Witches
A popular young adult fantasy novel series (ten in all) written by H. B. Gilmour and Randi Reisfeld between 2001 and 2004. The books feature twin sister witches, Camryn Barnes and Alexandra Fielding (also known as Apolla and Artemis DuBaer), who were separated at birth. The Disney Channel film “Twitches” (2005) and its sequel “Twitches Too” (2007) were based on the novels.