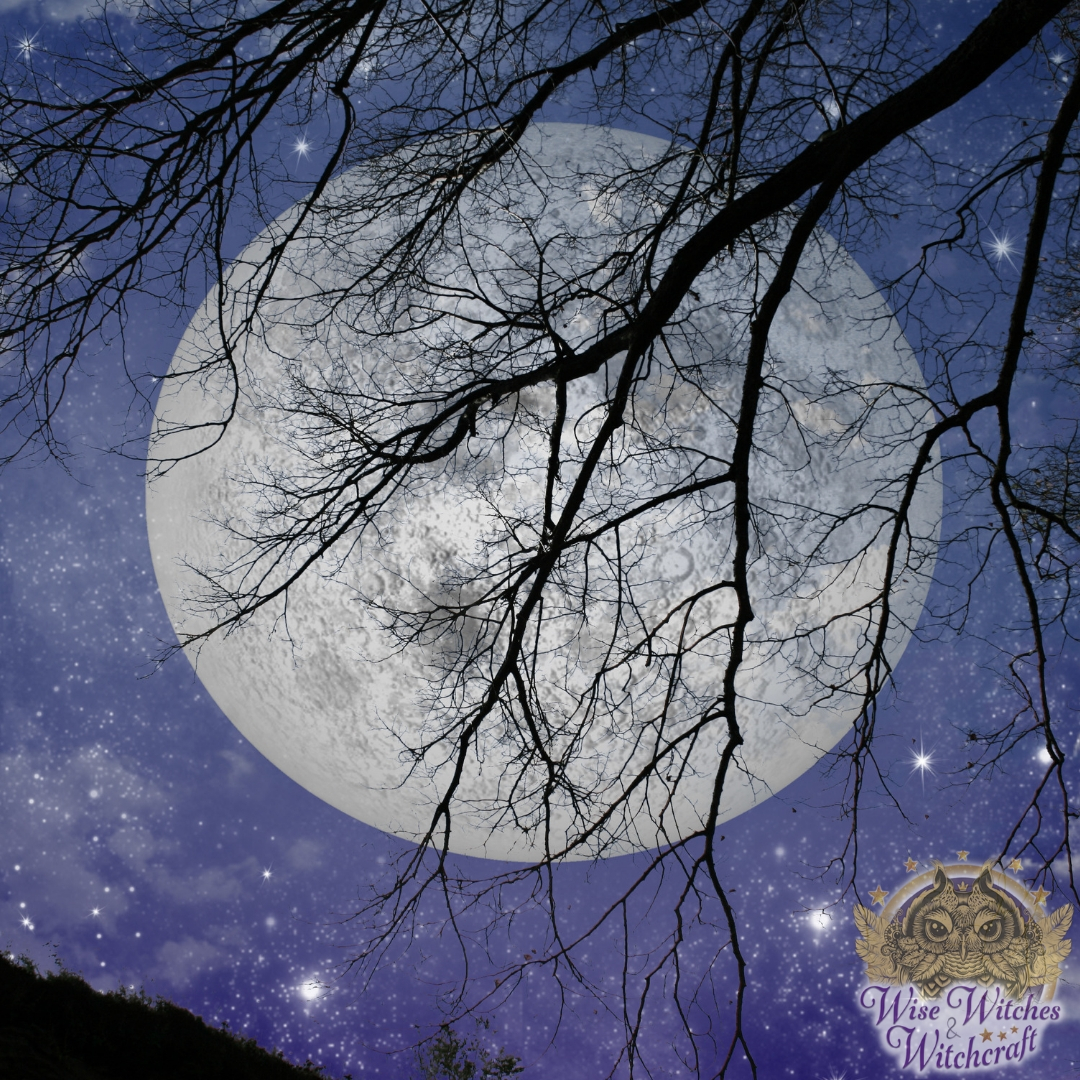 “To everything there is a season, and a time to every purpose under heaven.”
– Ecclesiastes 3:1

The sun rises and sets. Weeks pass into months. Seasons pass into years. The Wheel of time and life is ever-turning. The cycles of nature created a rhythm for the ancients. Observing and following what they learned from one period to the next improved the quality of life in terms of meeting daily needs.

The Modern Era has spoiled us. We can look at various calendars and see the ongoing moon cycles or the exact hour and minute a new season begins. That is all well and good, but it does not eliminate the value of perception and study in modern magic. We can look to what our ancestors taught and find ways to apply it in varying ways including timing our activities, especially spells.

The Magic of the Moon

As the only source of real light in the night sky, seers and guides often looked to the moon for metaphoric symbols around which they constructed everyday life and rituals. Just as every quarter of the moon had meaning, so too did the monthly full moons among Native American tribes and other similar clan societies.

The moon of each month received a name suited to the climate or culture of the tribe. This name described something in the earth’s cycle or the people’s tasks during that moon. That name acts as a starting point for thinking about cooperative magic.

January: Wolf Moon, Frost Moon, Snow Moon, Manitou Moon, Quiet Moon, Chaste Moon
Sample Application: As the Quiet Moon, January’s full moon might be a time to consider the power of silence in your life. This isn’t just for meditation but for mental well-being. When we have quiet, we can better listen to the voice of the Higher Self and the Divine.

March: Storm Moon, Sap Moon, Fish Moon, Worm Moon, Flower Time Moon, Seed, and Plow Moon.
Sample Application: For those who live in the Northern Hemisphere you can use the energy of the Seed and Plow Moon for starting your magical herbs. Find simple in-door containers for your chosen plants and get those seeds into the soil in a sunny window.

April: Egg Moon, Planting Moon, Water Moon, Leaf Spread Moon, Pink Moon, Budding Tree Moon.
Sample Application: If the weather gets warm enough you can take your seedlings from the Seed and Plow moon and move them outdoors. Alternatively, make a feast for the Egg Moon that includes sunny-side-up eggs (bring in that warm, solar energy).

August: Grain Moon, Woodcutter’s Moon, Gathering Moon, Mating Moon, Dispute Moon, Harvest Moon.
Sample Applications: August begins the in-gathering. If you have been working on a spiritual or personal goal, now is the time that you can start reaping blessings from those efforts.

September: Hunter’s Moon, Barley Moon, Spiderweb Moon, Little Wind Moon, Wine Moon, Wood Moon.
Sample Application: Look to Spiderweb Moon as supporting our networking and communication efforts. It is also a good month for asking yourself, “to what am I tied and is it healthy?”

November: Frosty Moon, New Snow Moon, Dead Moon, Ancestor’s Moon, Deer Shedding Horns Moon.
Sample Application: Have you ever considered creating a familial Ancestor’s Altar in your home? If so set it up on the full moon of November.

In urban settings, the moon’s names and significance will likely change a lot. Think about your annual sequences. What does each month represent in the natural order of your life? Or, spend a year noting what’s going on during the full moon of each month. Find a short phrase to describe that activity and/or what energies you seem to need most, then apply that idea in your ritual construct.

Using this information in an annual ritual format or for spell timing isn’t difficult:

Obviously, your lunar themes will be far different than anyone else’s. Change the names and symbolic values for each month as you experience changes in your living environment and personal activities. This way your lunar magic will always reflect who you’ve become as an individual, within your tribe, and as a spiritual being.

The Seasons and Magical Operations

Nearly every metaphysical tradition has some form of seasonal observance. There is no reason not to follow yours as they stand, as long as they have meaning for you. Think about what each season represents to you elementally and energetically. What follows here is rather generic, but it’s a good starting point and includes some spells and charms that illustrate the energy in that annual cycle:

Spring Themes, Spells & Charms
Spring is the time of renewal-renewed hope, renewed joy, renewed energy. With this upbeat energy comes thoughts of romance, playful relationships, and happy friendships. Spring is also the time of the Air Element, the winds, and new beginnings. Focus on clearing away the old (cleansing) and blessing new projects. Create and cultivate, be truthful and real. Use feathers, bells, and aromatics in your rituals and spells to honor the wind.

Begin with a cut out of a heart small enough that you can carry it with you easily. Also, have ready a small feather and a mixture of rose water and marjoram tea. Take your heart in one hand (don’t overlook the symbolism in this action) and visualize it being filled with pink-white light that seems to prance with delight. Take the feather in your other hand and dip it into the water mixture. Apply it to the heart saying,

Carry this token as close as possible to your heart until you feel filled to overflowing with happiness. When you feel you no longer need this token, re-energize it and give it to someone struggling with the blues.

Go outside at dawn with a handful of lavender flowers and freshly picked morning glories. As the sun first shines over the horizon, scatter these to the wind moving clockwise, saying:

“Happiness without, hope within
I give this joy to the winds.
As these petals fly free,
Bring happiness back to me.”

Summer
Summer seems to come with a flurry of activity. People are visiting, vacationing, exercising, and so forth. Foster relationships and positive self-expression. Interact and savor, be present and attentive. Use incense, candles, and other fire sources in your rituals to honor the sun.

To begin, you will need any small gold-colored object. A yellow-gold AAA battery is an excellent choice because it can symbolize the “holding” of energy. On a bright, sunny day go outside just before the clock strikes noon. As it begins to chime, hold the battery (or another object) up to the light reciting the following incantation on the first six tolls:

As the clock strikes six more times, visualize the golden rays of the sun being absorbed by your token. Carry this with you any time you feel your inner reserves waning for all that social activity. Touch it lightly saying, “The magic’s alive” releasing a little energy. After six uses, you should recharge your token in sunlight again.

Go outside at noon on a day when the sun is bright in the sky. Have a barbecue grill or other fire source lit and a handful of bay leaves and red carnation petals. Hold these in your hands, visualizing the fire of the sun and the fire in front of you as filling your being until you nearly burst with energy. Then, release the bay and carnation to the flames saying:

“As carnations and bay begin to ignite
So my magic takes to flight.
The flames release energy
So the power grows in me!”

Fall
The time of the harvest is come. Autumn is the time of water, coolness, and preparation. Honor the Earths gifts, inspire wisdom, or direct your attention toward inner beauty. Give and receive, prayerfully and thankfully. Use seashells, dew, or tears to honor the water element.

Think of a project or personal characteristic that you would like to see manifest. You will need a small amount of rich soil, a portable container and a symbol of the project or attribute you’ve chosen (this needs to fit in the container). Place your hand on the rich soil and say,

“Ops, Goddess of the harvest and success,
See my efforts to______ [describe your goal]
Help me to reap what I have diligently sown and tended.
Energize this fetish with your presence
So that like the earth, I too may harvest_______.
So be it.”


To begin, you’ll need a flowing water source. A natural one’s best, but a hose will do. You’ll also need a bundle of dry chamomile (empty out a tea bag). Go to the water source in the late afternoon. Stand in such a way that the water source flows toward you, then reach out as far as you can and sprinkle the chamomile on the water upstream saying:

“Abundance to me, Abundance flow free
Today I claim prosperity.”

If you wish to, gather a little of the chamomile from the water and dry it for a portable charm.

Winter seems to be the time when thoughts naturally turn chicken soup and warm blankets. Winter is also aligned with the element earth and is characterized by frugality. This season grounds us, attracts sacred dreams, encourages patience, and nourishes the self. Share and renew through thoughtfulness and silence. Use seeds, soil, and potted plants to honor the earth element.

Chill in the air or not, no one wants to be in bed sick during the holiday season. Make this healthful bundle of amulets to help keep those winter aches and pains away.

Begin with a box of bandages. Leave these in the light of the sun for three hours (three is the number of the body-mind-spirit). At the end of the third hour, take the box in hand, focusing on your intention to stay healthy, and say:

“Not for love, nor for wealth
My wish today is one for health.
Healthy body, healthy mind
By these words all sickness I bind!
When ‘ere these tokens are kept with me
Banish all illness; bring vitality!”

Keep the package in a secure location and put one or two of the bandages in your wallet. When you start feeling run down, apply the bandage to symbolically “apply” the magic.

This spell combines soil with the energy of conservation to improve prudence until Spring rolls around once more.

Begin with a coin, some brown wrapping paper, and a patch of earth. Wrap the coin in the paper, symbolically preserving it, as you say:

Plant the coin and paper in the soil near your home so that frugal energy comes to you. Come spring, dig up the coin and carry it as an amulet that preserves finances.