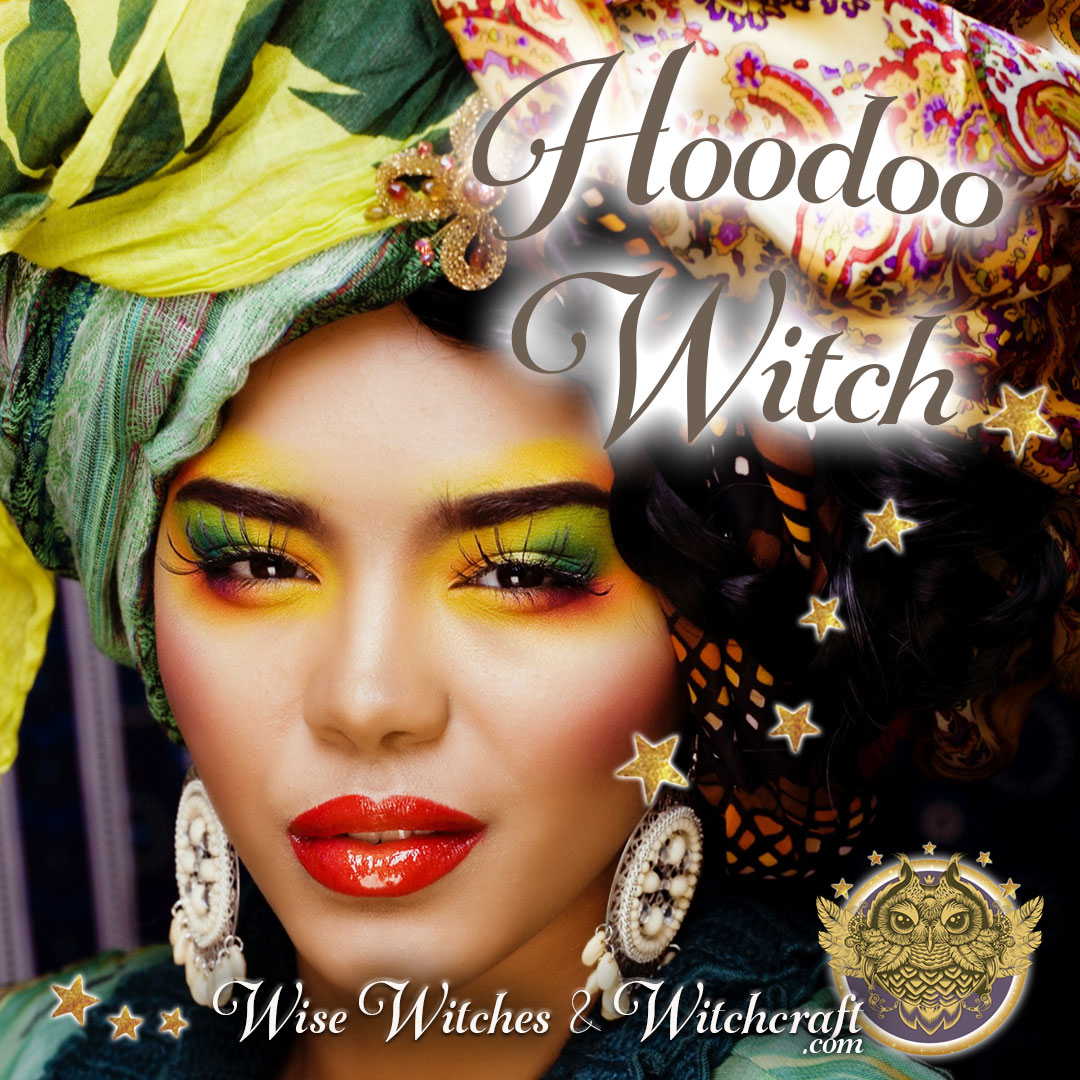 “Hoodoo…is definitely not Voodoo, as it is commonly called by mistake… Hoodoo as we recognize it was established during the times of slavery in America.”
-Rachel Patterson

The Tradition of Hoodoo Witchcraft, also called root working, comes to us from African American practices. It’s considered a type of folk magic with strong connections to West African spirituality. It arrived here via the unseemly slave trade, blending practices from Nigeria, the Kongo and beyond. Centers of Hoodoo includes Louisiana and the Mississippi Delta, much of which continued in secret.

What is a Hoodoo Witch or Rootworker? 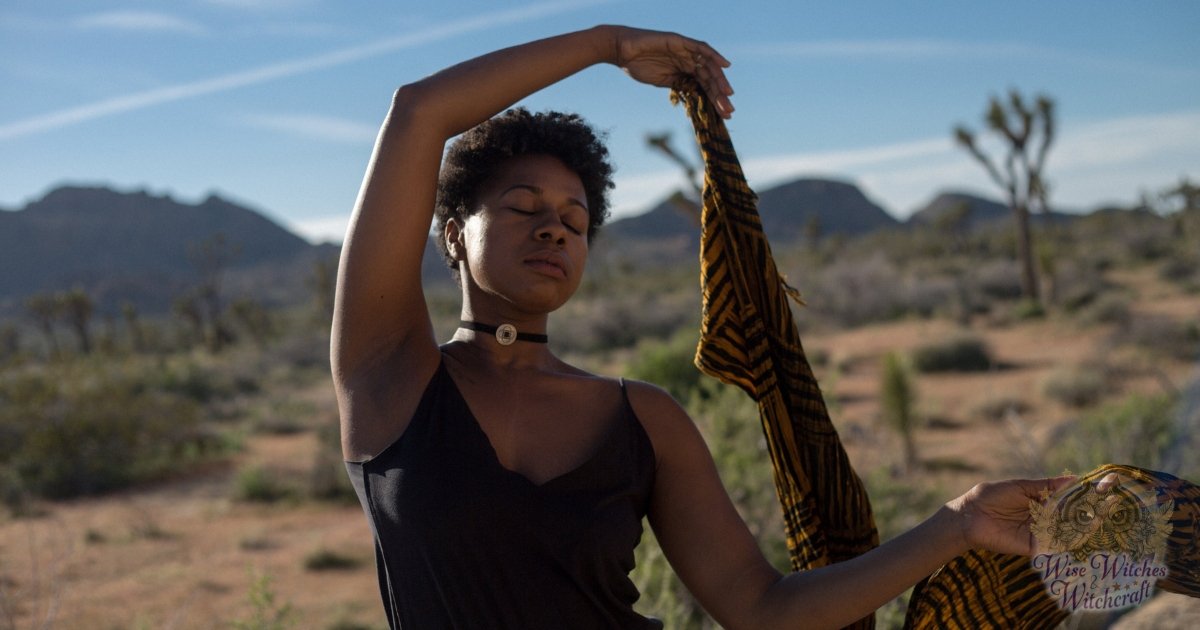 Hoodoo can be used as a noun and a verb. For example, a practitioner could Hoodoo someone. Exactly how this occurred depended on the circumstances. Sometimes psychic powers were employed, and in others, a potion could do the trick.

To confuse things a little more, Hoodoo becomes an adjective that defines a person practicing this tradition. No matter the usage, there have been a variety of synonyms used to describe the rootworker including a witch or conjurer. 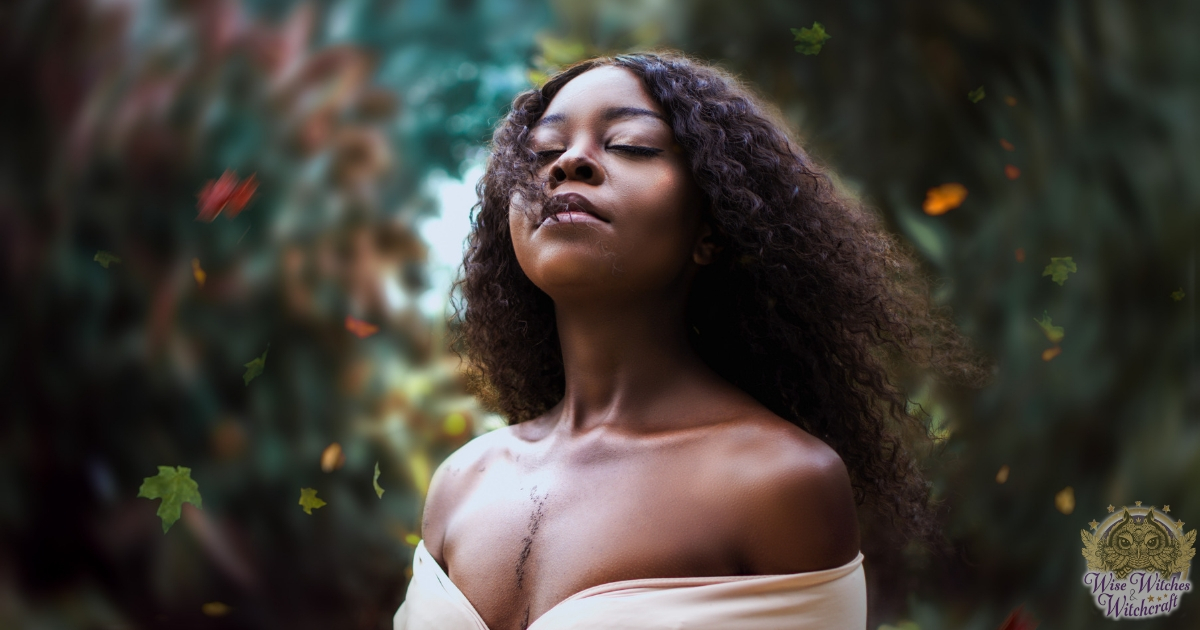 In the 19th century, the Christian influence on Hoodoo began surfacing. God created the world by spellcraft and words of power in six days. Various characters in the Bible appear in rootwork teachings as Hoodoo doctors, and various verses in the Bible can be used as incantations. The rootworker regards the Bible as a type of protective amulet. It’s filled with all manners of spells, particularly psalms that one can apply for everything from protection to love.

Nonetheless the traits underpinning Hoodoo remained. They still practiced Ancestor worship, natural medicine, divination, and trance dancing. Some Hoodoo Witches see Moses as the very first Hoodoo man. In looking at the accounts of magic invoked by Moses this isn’t surprising, He turns a staff into a snake, a type of conjuring. 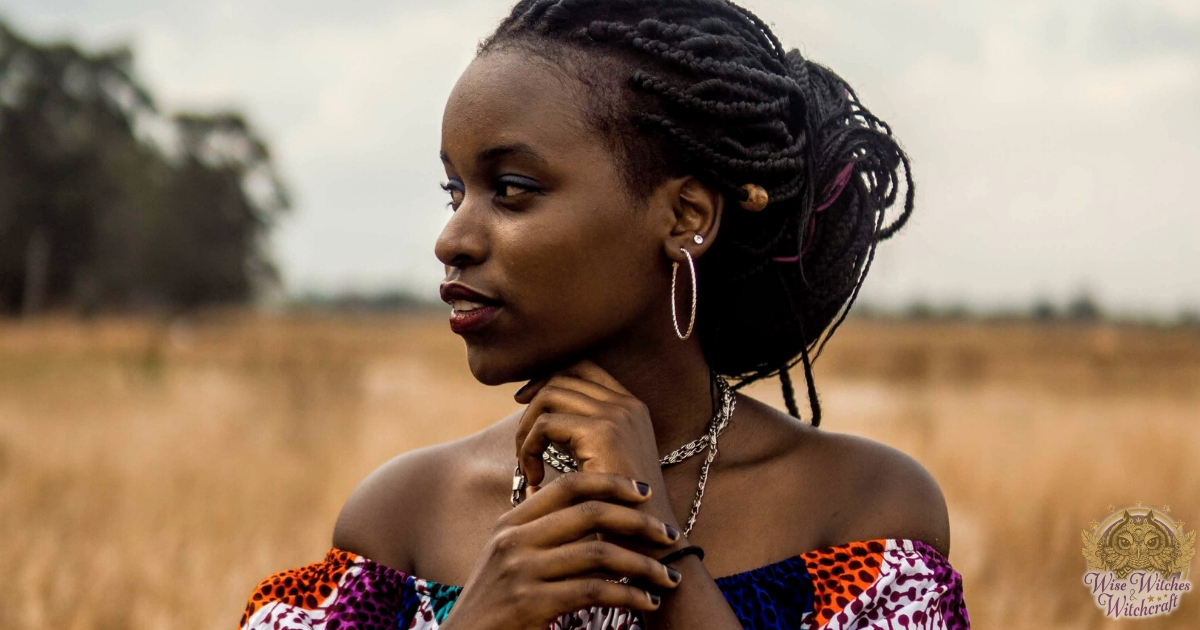 Generally speaking, Hoodoo Witchery is not religious. Rather it is a spiritual practice with magic neatly woven in. While Root Doctors may belong to Protestant churches, their cultural traditions remain firm. Certainly, there are variances from family to family, but the treasured practices are also part of their cultural history that they guard judiciously.

[wisew_rectangle_large align=”left”]In a belief system surrounded by trust in the supernatural, many rootworkers look to Hoodoo energy for manifesting very common desires like luck, prosperity, and good health. Hoodoo also includes a rather extensive application of folk medicine using minerals, personal possessions, and herbs among other things.

In areas rich in rootwork you’ll find all manner of items available for sale. There might be “mojo” oils or charms, for example. They also sell single components for magic similar to many other magical groups including candles, icons, healing potions and even cleaning products for the home. Two you might recognize two things as familiar: Florida Water for protection and cleansing and Four Thieves Vinegar for speeding health particularly for maladies like colds and flu.

Hoodoo followers see Ancestral spirits as integral to their life. Communication with the Ancestors is relatively common with the belief that such spirits are accessible to any family member. This means that a private conjuring does not require a recognized priest. 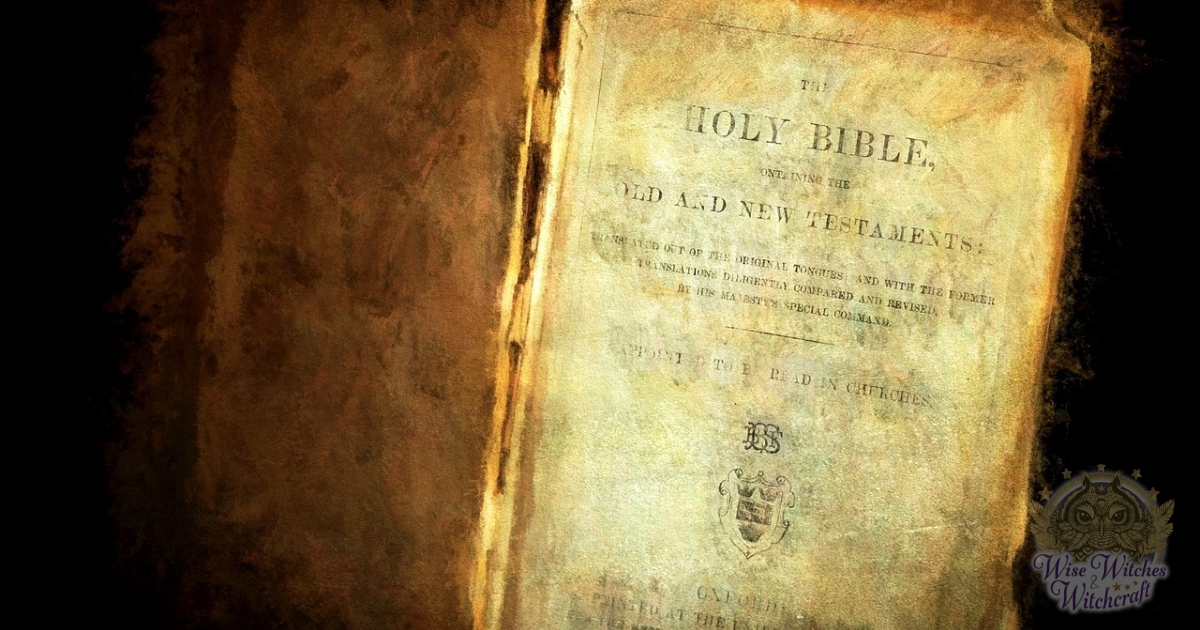 Implements in magic have no power in themselves. They simply provide a media for directing energy. The tools of a Hoodoo Dr. reflect spiritual intent. Be it blessings or transformation, each item echoes of traditional aptness. 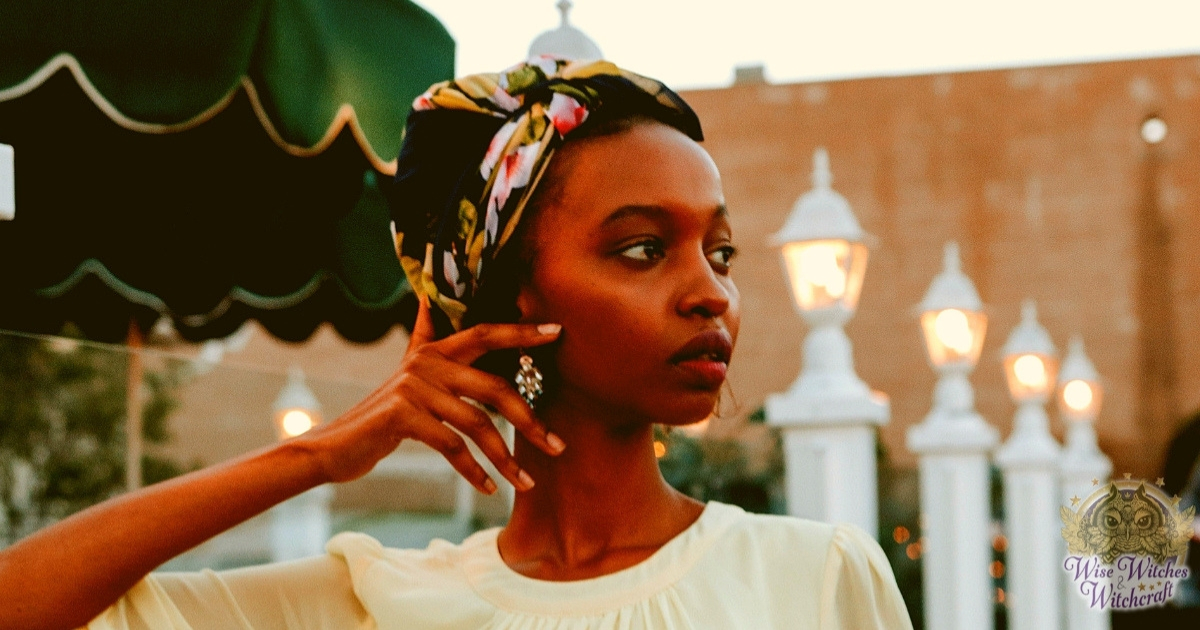 Excellent question! In Root Work, any place can become a magical area in which to work. It need not be elaborate. Really the key is the way in which you approach that space. Now the kitchen is a magical hearth and the backyard a sized-down grove.

Some places draw Hoodoo doctors regularly. Crossroads are one. Be it two streets crossing or a stream that forks in a Y, any area that merges into a T, X or Y pattern can be used as a crossroad. Crossroads are meeting places – where magic and the physical plane co-exist. As you might expect, they symbolize the fork represents some type of change. Leaving a bundle of items as an offering is one custom that brings closure to a cycle. The best times to work at crossroads are midnight and dawn.

You also find Hoodoo workers at burial places. This is the “home” of the dead. A person might come here when reaching out to a friend who passed over, or to bury a protective item on the top of an enemy’s grave to calm their restless spirit. Graveyard dirt acts as a component in Hoodoo communications with the dead. If one is asking for favors, bringing an offering helps. Flowers work fine, as do libations. 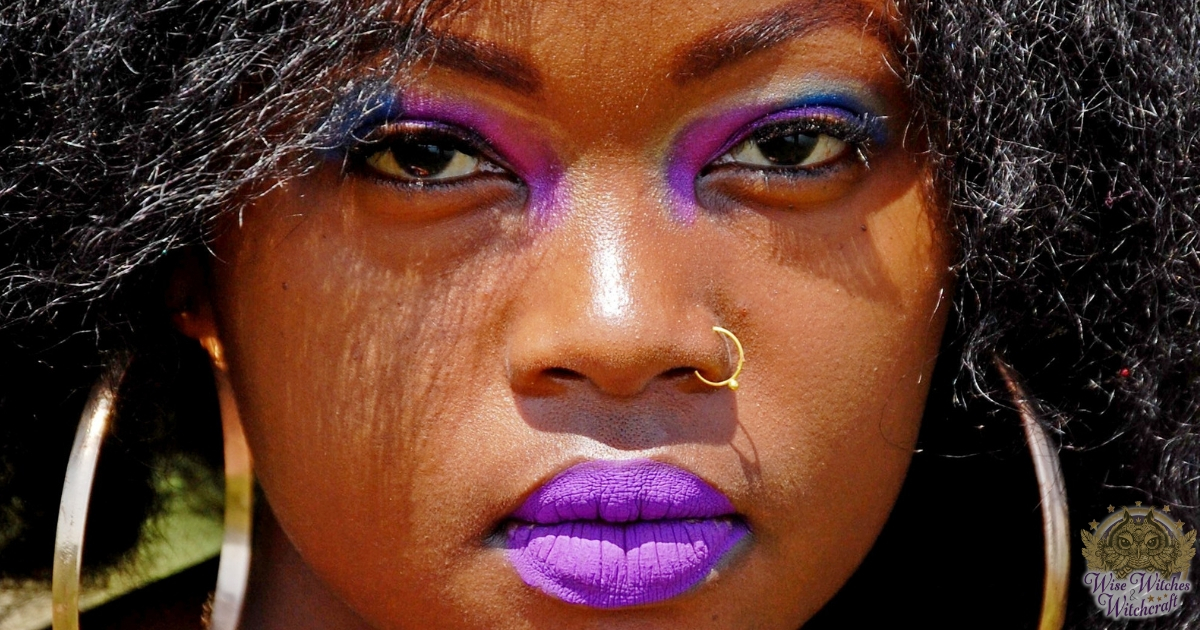 Like other spiritual practitioners, the rootworker tends to the home with mindfulness. Using magic in daily life, particularly personal spaces is simply “normal.” Throughout the house, you can find charms, and little pouches thoughtfully placed for specific goals. There are also spells that focus on the protection of the whole dwelling and beyond.