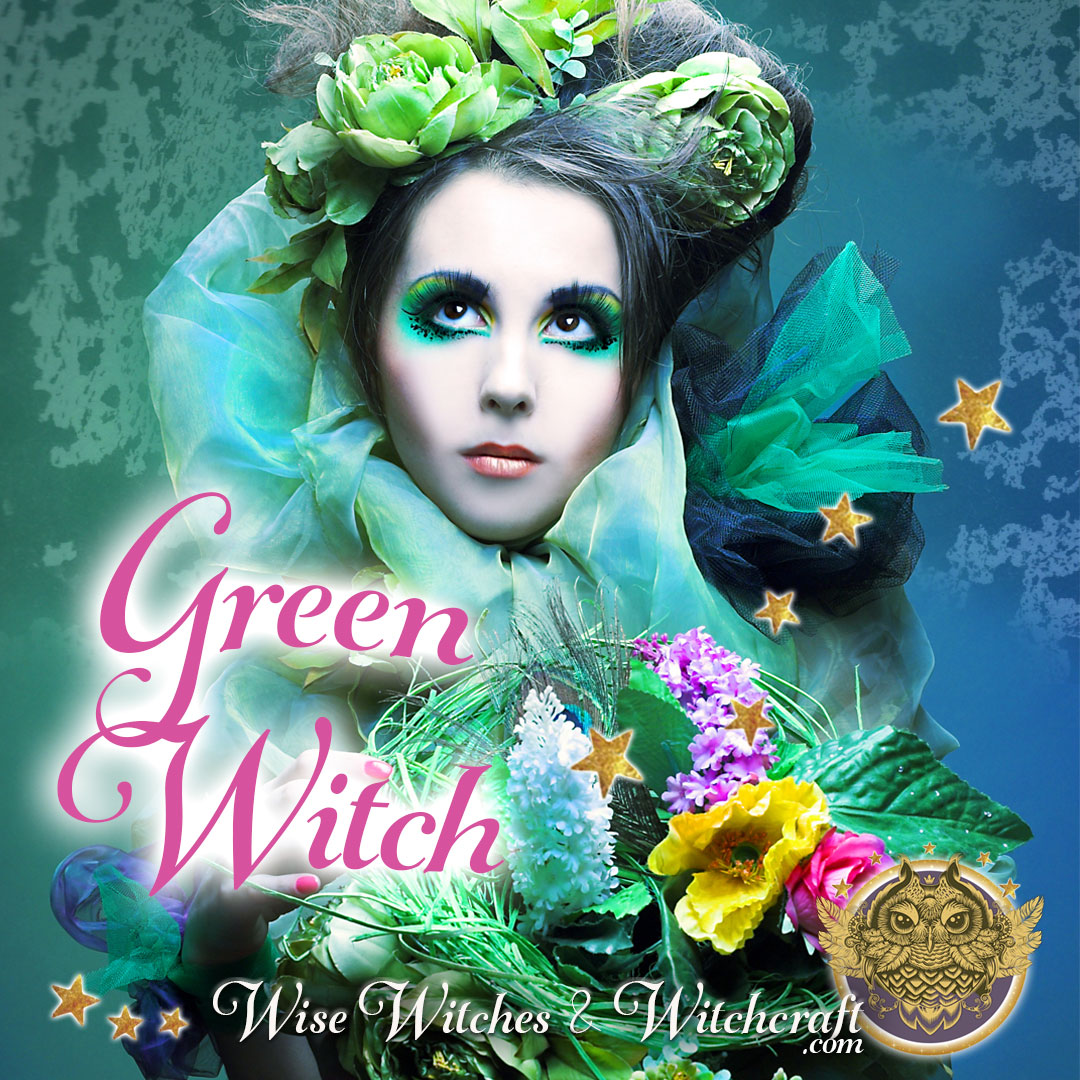 “When daisies pied and violets blue, and lady-smocks all silver white.
And Cuckoo-buds of yellow hue, do paint the meadows with delight.”
– William Shakespeare

Green Wicca is sometimes confused with Hedge Witchcraft. True, there are some underlying similarities, but the Hedge Witch is more of a traveler between worlds and a channel for psychic insights. By comparison, the Green Witch focuses on the mundane world – the here and now. Specifically, Green Witchcraft embraces the Earth Mother and nature with reverence. 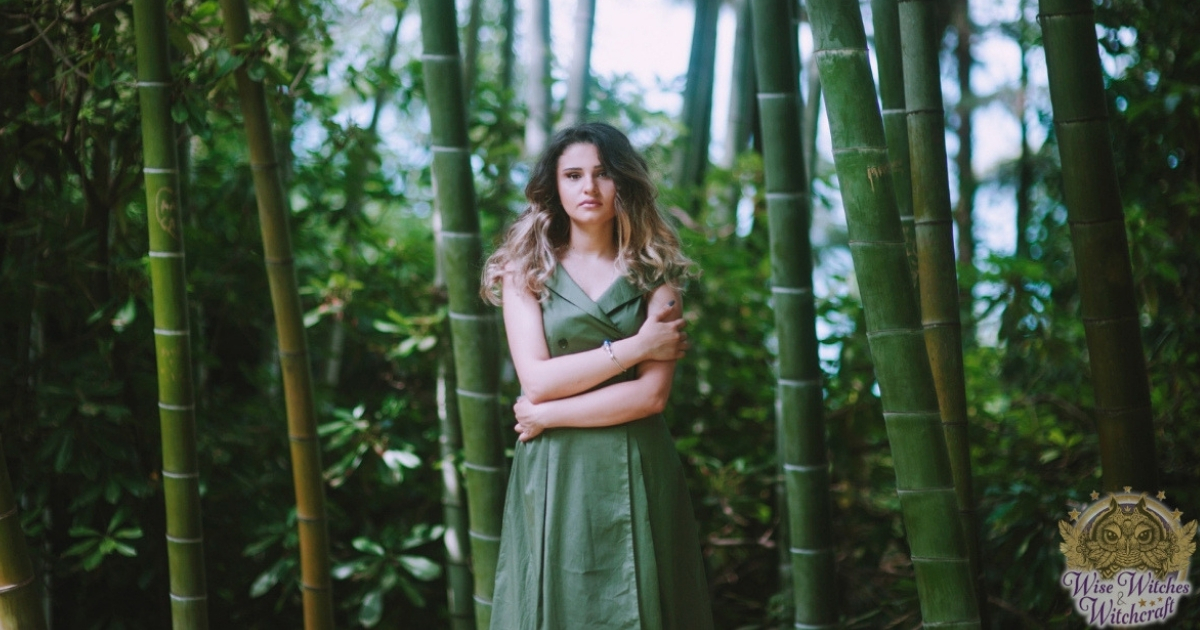 You would be hard pressed to find a Green Witch that did not have a garden. They fill this plot of land with all manner of herbs and plants useful to her practices. For someone walking the path of the Green Wiccan, this endeavor is wholly organic. Additionally, these practitioners create a relationship with vegetation similar to the bond between a person and a pet. Plants are living things with energetic patterns all their own. By getting to know her garden intimately the magical results of those efforts flourish.

When you understand plant life, a inner sense of Herbal Arts often follows as it does with Herb Witches. A Green Witch wants to optimize the gifts of Nature, not squander them. So she turns to various classical, trusted herbalists and gathers knowledge. Some of the best writers in this field are John Gerald and Nicholas Culpepper. There are also publishers like Rodale that create entire herbal encyclopedias that cover everything from growing and harvesting to cooking and healing. Eventually, the Green Witch commits much of this information to memory. She also retains any oral traditions gifted her by family members who walked the same path before her.

The Green Witch Talking to Plants 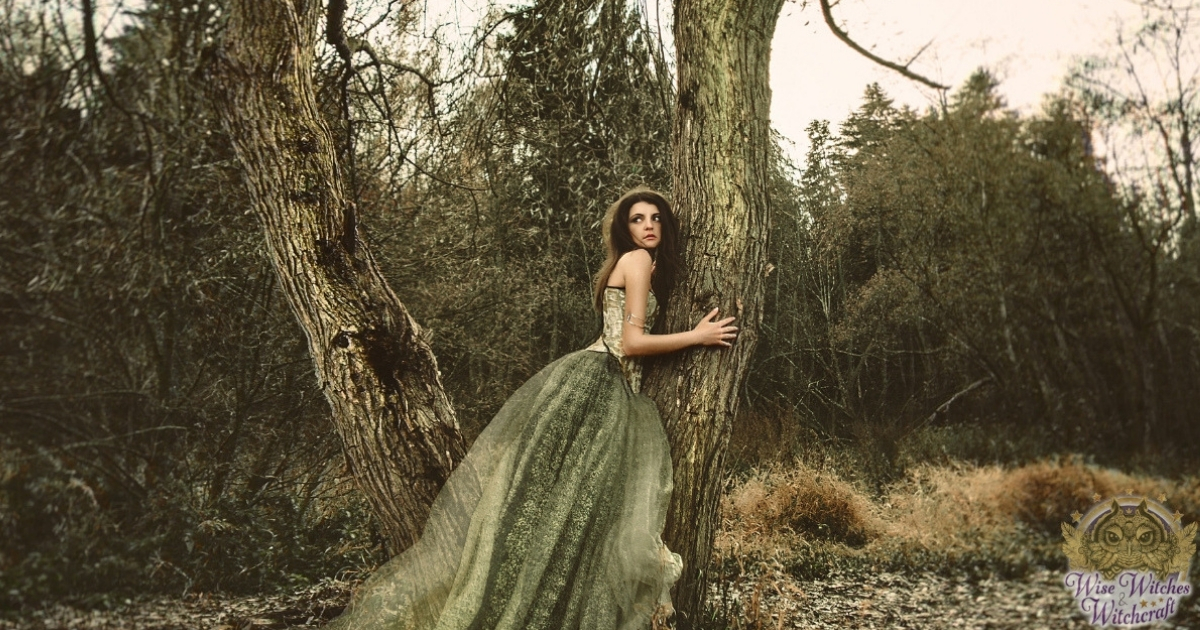 There was a day when people giggled about talking to plants. For the Green Witch, it’s purely natural. They might also play soothing or uplifting music in the area where her greenery grows. Before you scoff at the notion, there have been studies done that show that music can improve plant growth by as much as 20 percent.

Wondering about classic or rock? There are two schools of thought here. One feels that the music the gardener loves is also that to which the plants best respond. Others think harsh vibrations damage the plant to the point where it tries to grow. Undoubtedly other environmental factors affect the outcome, but this is an amusing experiment that Green Witches can try.

Path of the Green Witch: Just the Elementals 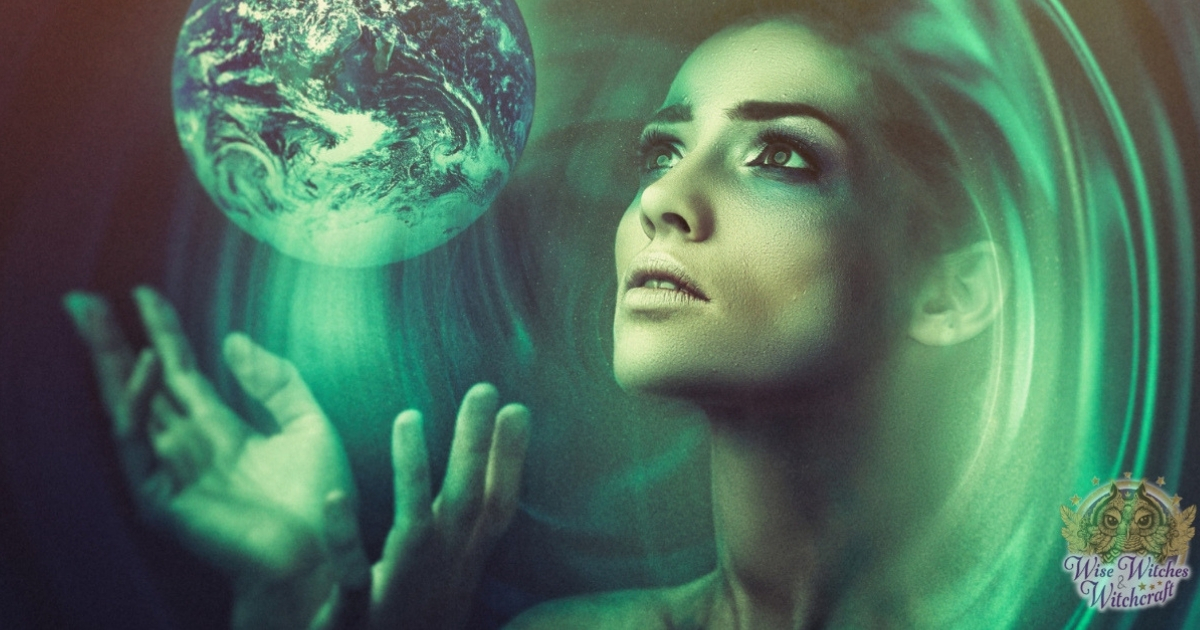 The way in which a Green Witch works with the Earth goes far beyond just plants. All of nature is a proverbial shopping cart for her magical efforts. There are feathers and sacred stones; rainwater and morning dew; clay and sand just to name a few. For this type of witchery, the elements play a role too. For example, what is she finds a piece of wood struck by lightning? The wood from the lightning-struck branch takes on an entirely different energy than the whole, untouched branch from the same tree. Now the Fire element exists for weaving magic. For example, the mighty Oak represents ancient wisdom. Here the spark of Fire adds inspiration and illumination.

There are, of course, other natural Elements for her consideration. The Water Element gifted from wells, streams, oceans and the sky. The Earth Element all around us. The Air Element in every gust of wind and breeze. As for Spirit, that is individual to the Green Witch. In truth, many consider the Earth Mother herself as the Goddess behind the glory of creation. However, not all Green Witches invoke Deities.

Beyond this, there are ley lines and other centers of sacred energy that a Green Witch may utilize as an energy booster. Think of ley lines like a large geometric pattern of energy that goes around the world. It’s said that places like Stonehenge and temples were built purposefully along these paths. Interestingly enough Feng Shui offers similar outlooks. In any case, there is an abundance of good natural “vibes” for Green Witches everywhere she looks.

I Do Believe in Fairies 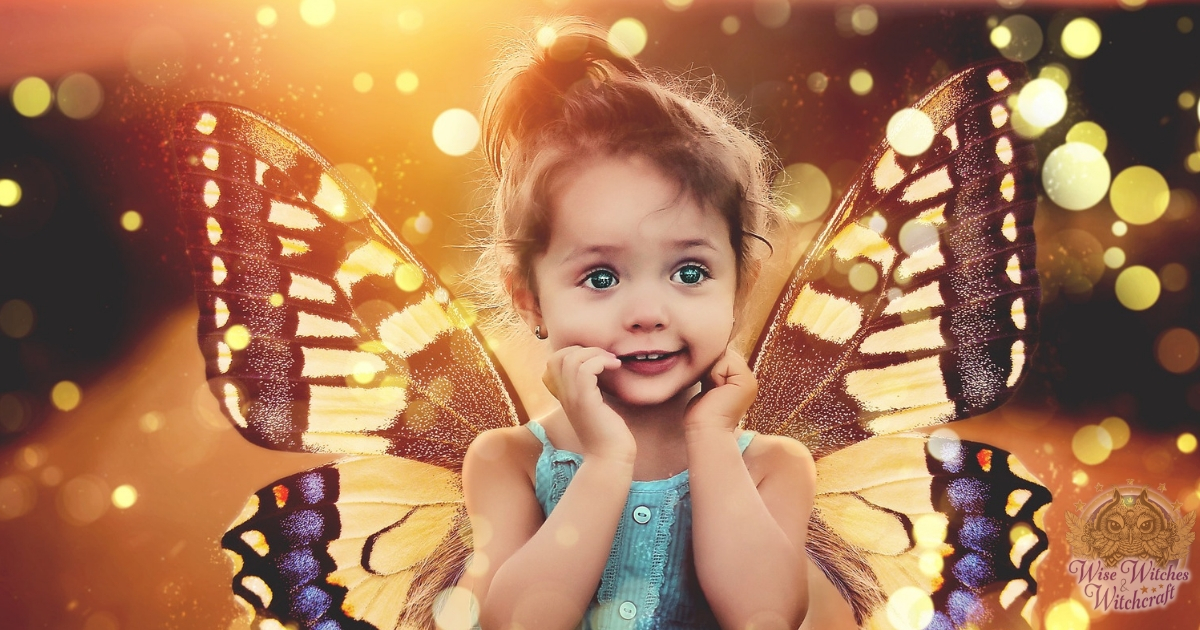 Not every Green Witch chooses to work with the Fey. Nonetheless, these spirits exist, often tied to specific plants or places that are their domain and responsibility. Should a Green Witch begin reaching out to these beings, it can certainly become an excellent resource for understanding the vital energy behind the scenes.

Some Green Witches make special spaces in their gardens to welcome fairies. Within this space, they include various plants known to please the wee folk. These include Sunflowers, daisies, honeysuckle, thyme, and lavender. And you know that musical repertoire playing? Well, fairies like that too.

The Green Wiccan as an Environmentalist

It only seems natural that any so connected to, and respectful of, the Earth would have an abiding desire to protect it. Thus the practitioner keeps in mind her impact on nature. The ecological footprint of her home and land is not lost on her. This mindfulness may result in having a compost bin handy, for example. A Green Witch might also take an active role in fighting for various ecological causes.

Are you a Green Witch?” 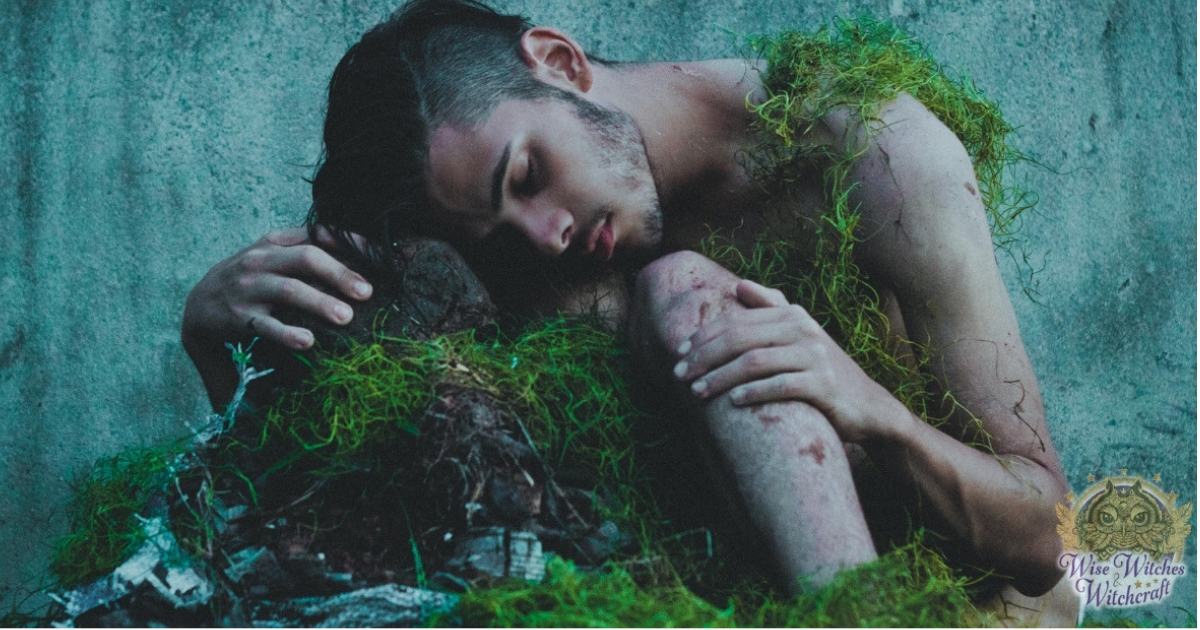 Some reading this article might nod their head knowingly. Others may not be sure if this spiritual path truly calls to them. Some defining signs indicate Green Witchery might inspire your magical pursuits.

Think back to your childhood. Did you get down in the grass and investigate every last blade and bug? Did you go running in the woods, singing to trees and picking wildflowers with a heart full of gratitude? Then there’s adulthood. Do you get upset when you see endangered animals and natural wonders? Do you find that you are far more energized in natural places away from the chaos than when you are at home?

If you answered yes to these questions (or had similar experiences), you might very well have the heart and soul of a Green Witch. It is a charming and pragmatic approach to spiritual living in balance with nature. You become the gatekeeper for earth’s lessons, and one of Earth’s defender. It is a sacred duty.

Now, go hug a tree and listen. Trees have words of wisdom for those with an ear to hear. 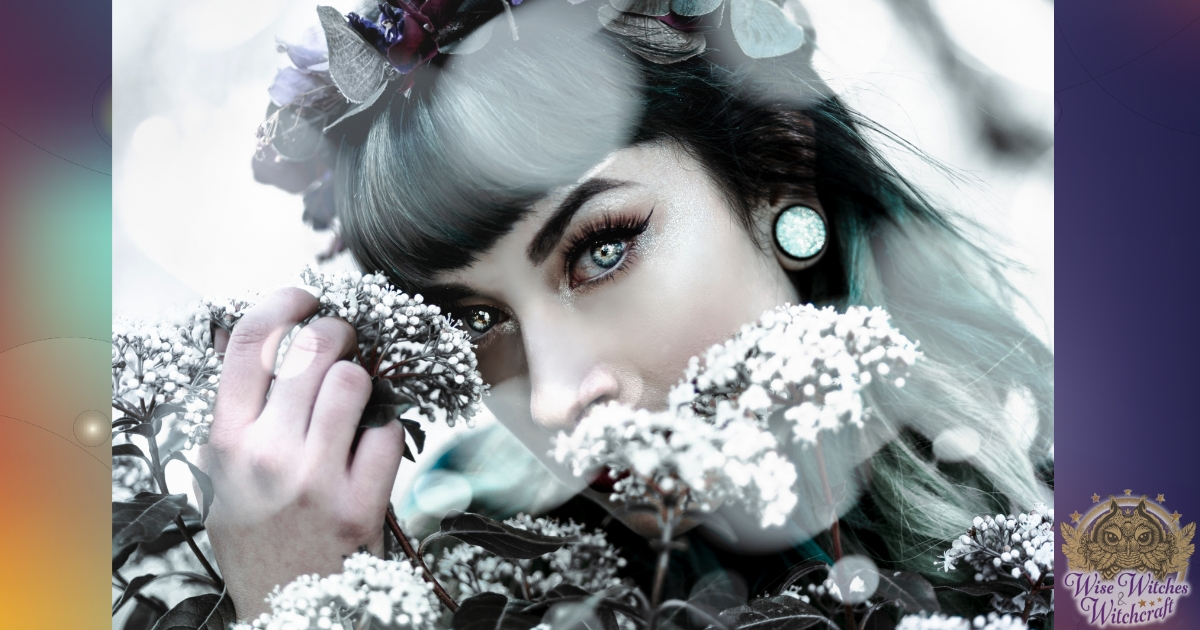