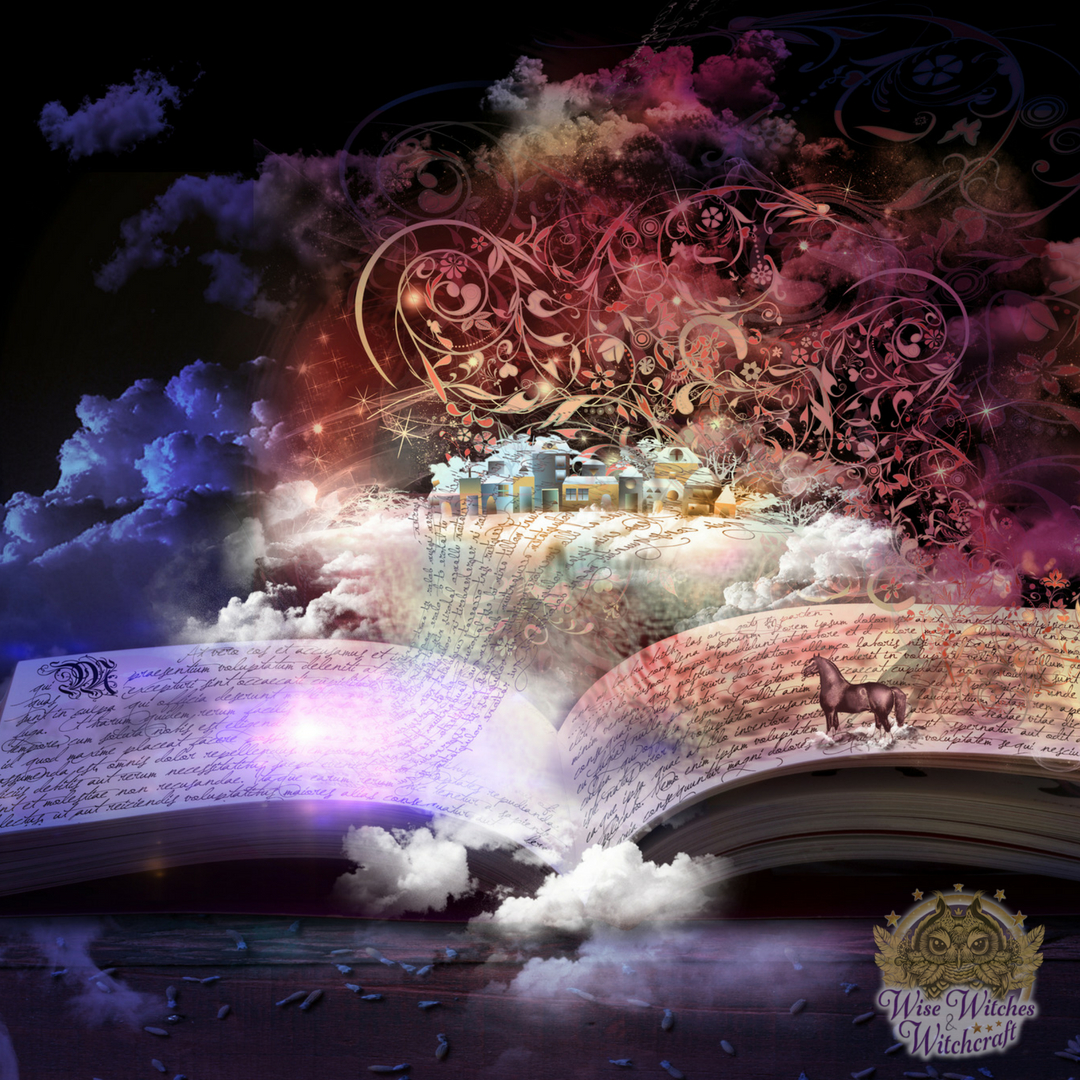 ”Once you have mastered a technique, you hardly need look at a recipe again and can take off on your own.”
– Julia Child

Spells have often been compared to cooking recipes. There are ingredients and techniques involved in both. The way you put your ingredients (spell components) together makes the difference between failure and fantastic! Magic is a little more flexible than cooking in some ways. You could use one more techniques in your spell even if they weren’t listed in the original instructions. Here are seven “add-on” ideas for your spells that provide greater focus and improved results. 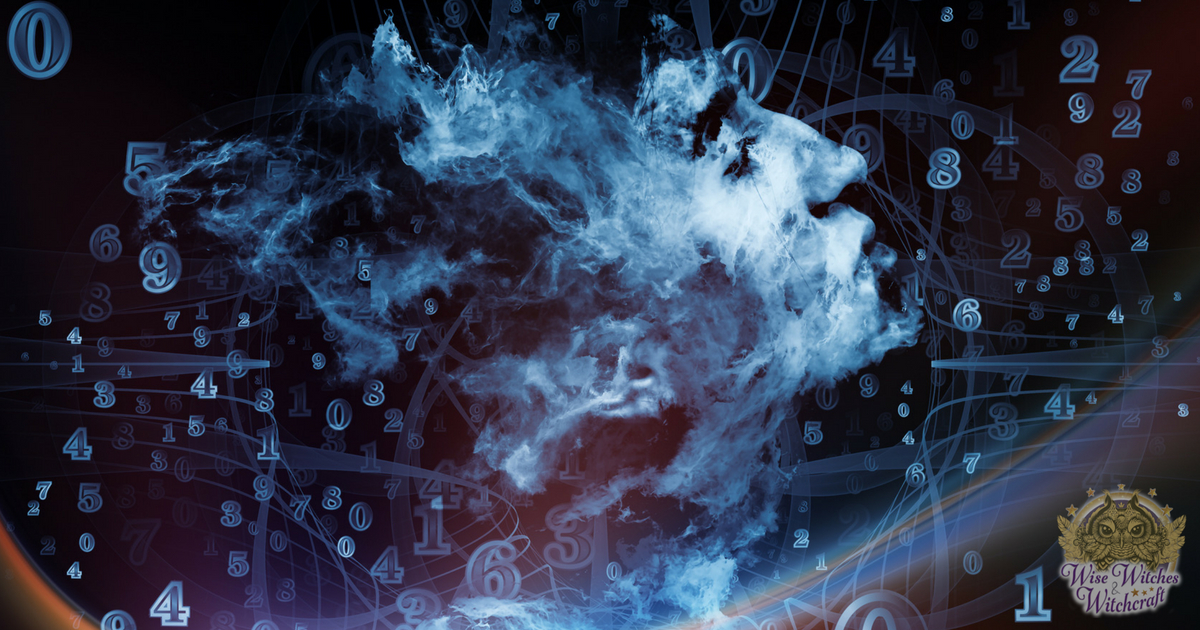 In ancient times, people held that numbers had power even as words do. By using a symbolic number of components, repeating an incantation, or stirring a mixture a certain number of times, it is possible to improve the power of a spell. If you’d like to add this technique to your spellcraft, use the following chart for basic numerical correspondences.

Let’s put this into an example. In preparing a love spell you can choose two components associated with relationships (one for each person) and repeat your incantation three times to represent the unity of body-mind-spirit between the two of you.

Other ways to work numbers into your spellcraft include:

If you would like to learn more about the symbolism and meaning of numbers, please visit our sister site BuildingBeautifulSouls.com 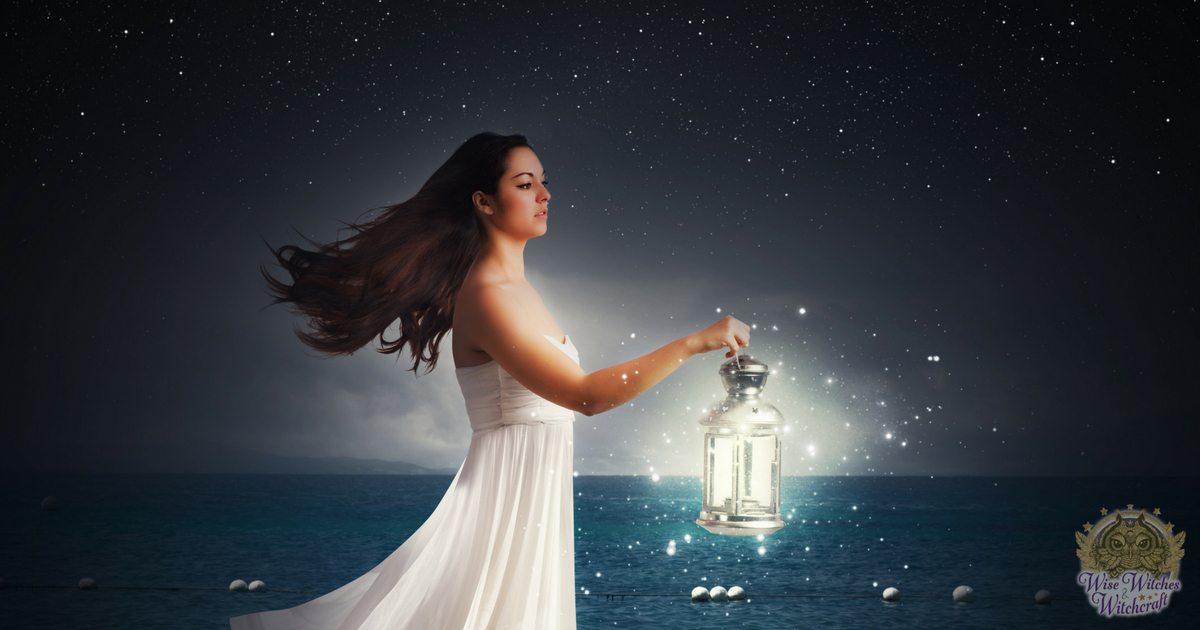 To make a spell more cohesive, consider ways of generating changes in the components that mirror your goal. Use this list to help give you ideas.

Baking: This technique gives the phrase “cooking something up” a whole new meaning. Use this to raise energy (bread is an excellent choice); warm-up relationships; increase harmony (try stew); and bring things to slow, but steady, fruition.

Burning: Burning warms the energy rapidly, releases power, acts as an offering or prayer, or destroys the components (to symbolically rid you of something).

Burying: Burying symbolizes that something is dead to you. But, the nice thing is that you can still plant something above it to create a positive from a negative.  Alternatively, you can look at burial as a type of protection. People sometimes buried valuables in the ground to safeguard them.

Chilling: Chilling calms anger, helps you “chill out” concerning a heated situation, or back off emotionally to get a better perspective. Chilling also helps slow down progress when things are moving too quickly.

Composting: Composting is a natural process that breaks down barriers and helps diverse energies (or people) work together for the highest good. Also a figurative way of increasing fertility.

Crushing: Crushing defeats or overcomes a difficult problem or situation. You can also crush undesired attention, and re-establish personal control.

Cutting: Cutting with scissors or a knife separates or divides. This acts as a way of taking yourself out of a situation or severing an unhealthy attachment to a person, place, habit, or thing.  Alternatively, cutting can represent portioning – giving each person their due be it in a project, financial endeavor or magical effort (think cutting the pie equally).

Floating: Floating sends your magical message through the earth’s waters to their desired designation. Alternatively, a symbolism of “rising above” the tide that surrounds.

Freezing: A harsher form of chilling, freezing halts negativity, stops unwanted progressions, and reflects back any bad intentions to their source.

Microwaving: This piece of technology speeds up the manifestation process.

Melting: Melting a spell component warms up a chilly disposition, loosens up the blockage, improves the figurative “flow” of energy.  Melting can also represent a barrier disappearing.

Molding: You can shape your spell components into the form it’s meant to have upon completion, which improves the accuracy and speed of manifestation. Also, it’s a way of helping you “fit into” a difficult pair of shoes by sculpting things differently.

Planting: Planting spell components helps energy grow and blossom. Alternatively, this is a way of grounding yourself or rooting a type of magic in one specific region.

Scattering: Scattering spell components releases the energy to the winds, birds, animals, among others, to carry it where it’s most needed. Alternatively a way of releasing something you no longer need.

Washing: Washing cleanses and purifies the energy. Alternatively a way of washing away habits, sickness, unproductive thought-forms, and societal “dirt.”

As you can see, what happens to the components during a spell should make sense considering the spell’s purpose. For example, to draw love, one would not use scissors unless you needed to separate yourself from some unwanted affections first. Or, to improve the speed with which a spell manifests, I wouldn’t suggest freezing the components unless those components represent an obstacle or source of curtailment. 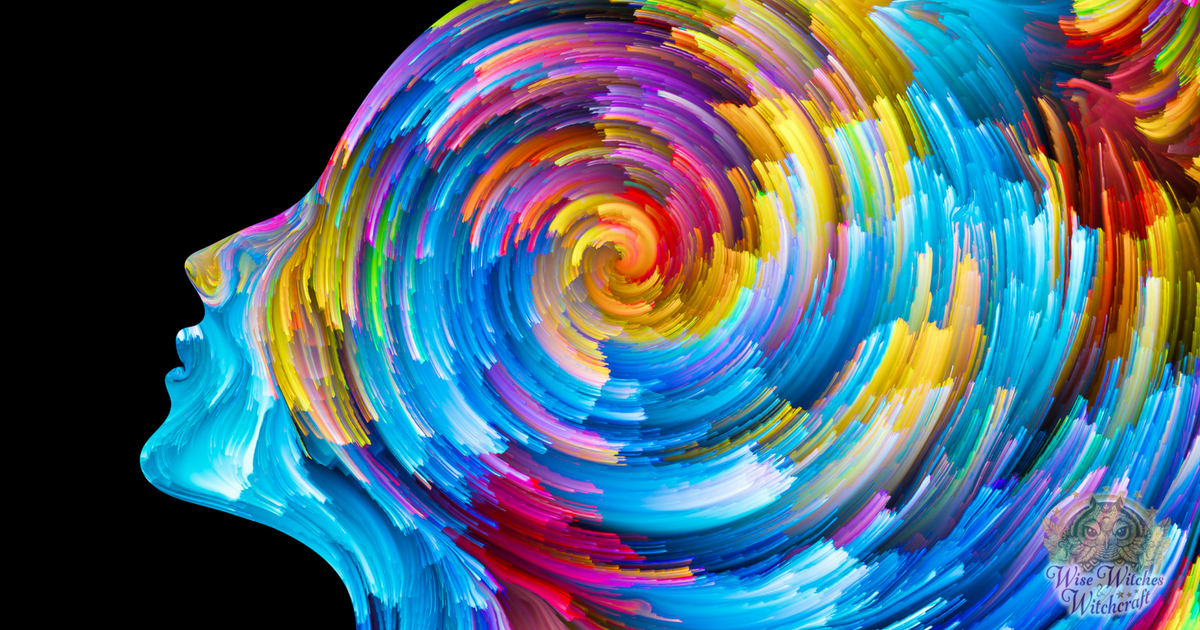 Entire books have been written on Elemental correspondences for the cardinal directions, plants, sacred stones… well, everything! You can add this information to your spells in various ways. For example, consider where you want to enact a spell in your sacred space or pick spell components with the right elemental energies for your goal 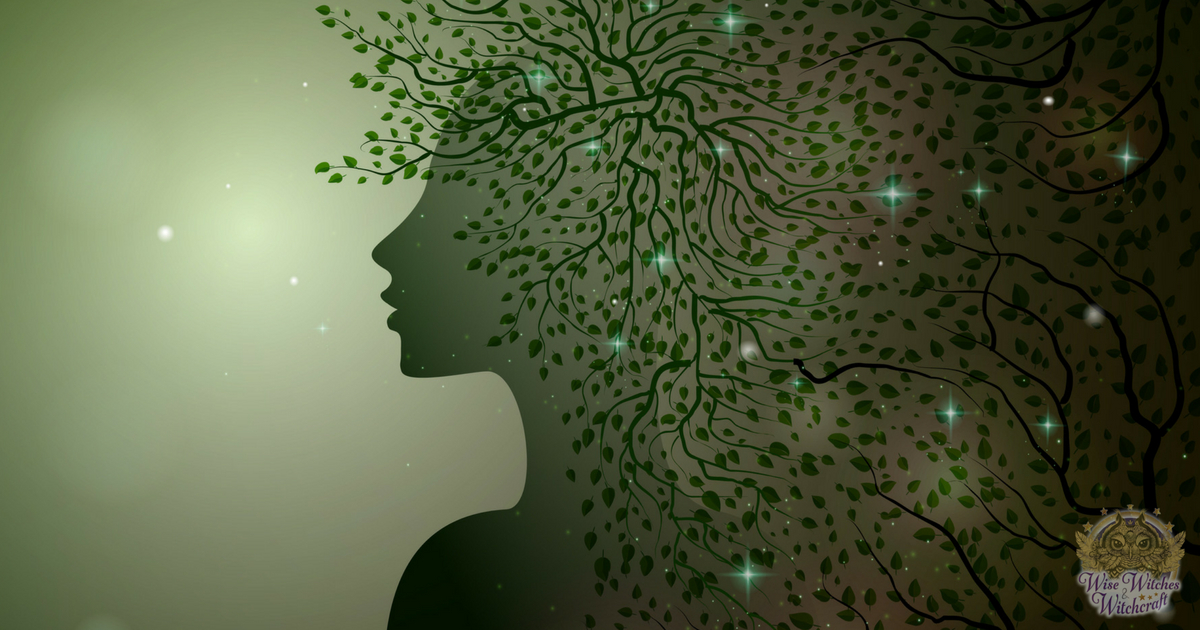 This is an important technique in many magical workings, not just spellcraft. Visualization equates to will-driven imagining. By opening our spiritual eyes, we give form and dimension to the magical goal, which brings improved results.

To understand how this works, think about water. Outside of a container it simply breaks apart and disperses to who knows where. Once put into a cup, bowl, or ice cube tray, however, it takes on a recognizable shape. Magical energy is like water. Without form and direction, it simply disperses back to the Source. Visualizations provide that much-needed direction and shape for magical energy to become a functional pattern mirroring your goal. 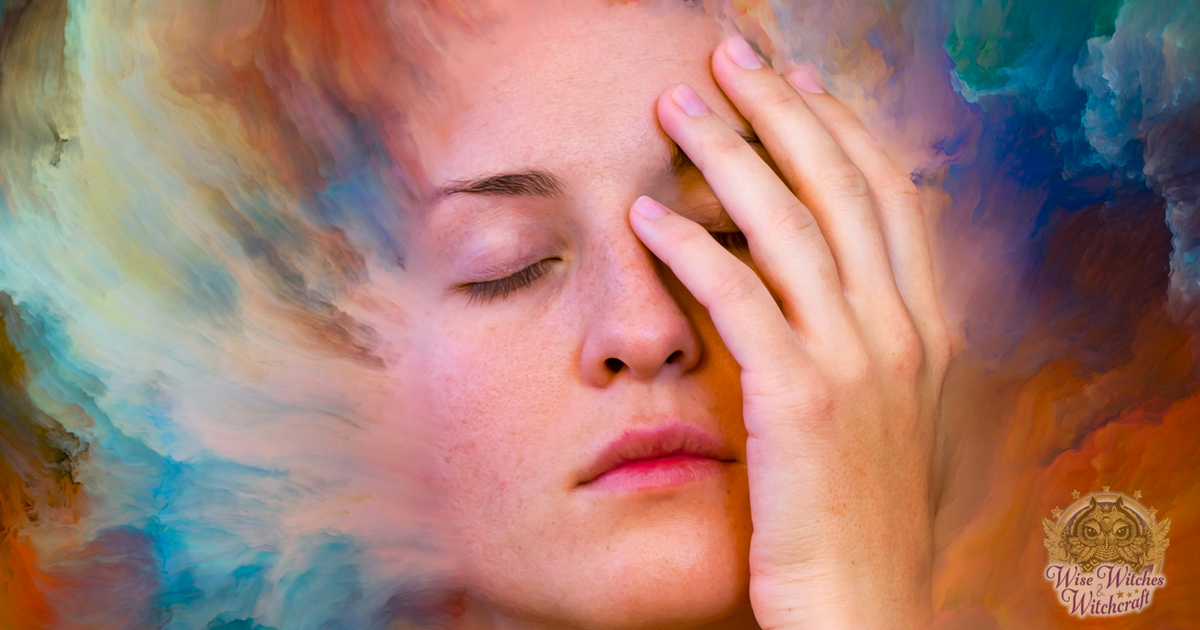 The words spoken to energize a spell are very important. They, like visualization, add another dimension to your magic through the vibrations and meanings of the words. Incantations also affect you.

Think of viewing a movie without sound. You can guess what people are saying, and what’s going on, but you won’t be sure unless you’re a very good lip-reader! In magic, the visualization acts like a “soundtrack” for Sacred Powers. It communicates exactly what you hope to achieve so that the energy you create can be directed for the greatest good. The incantation also reiterates your intentions to your own mind, thereby reinforcing your resolve and focus.

In some cases, the end of an incantation indicates the completion of the spell’s procedure(s). When this occurs the volume of the incantation often rises to a pinnacle, building power like inflating a balloon with energy. Silence then falls abruptly, cutting the energy and letting that magical balloon free to go on its way.

Many incantations rhyme or have a rhythmic pattern. This makes them easier to remember, giving you more freedom to focus on the energy they create.

The Best Time for Casting Spells 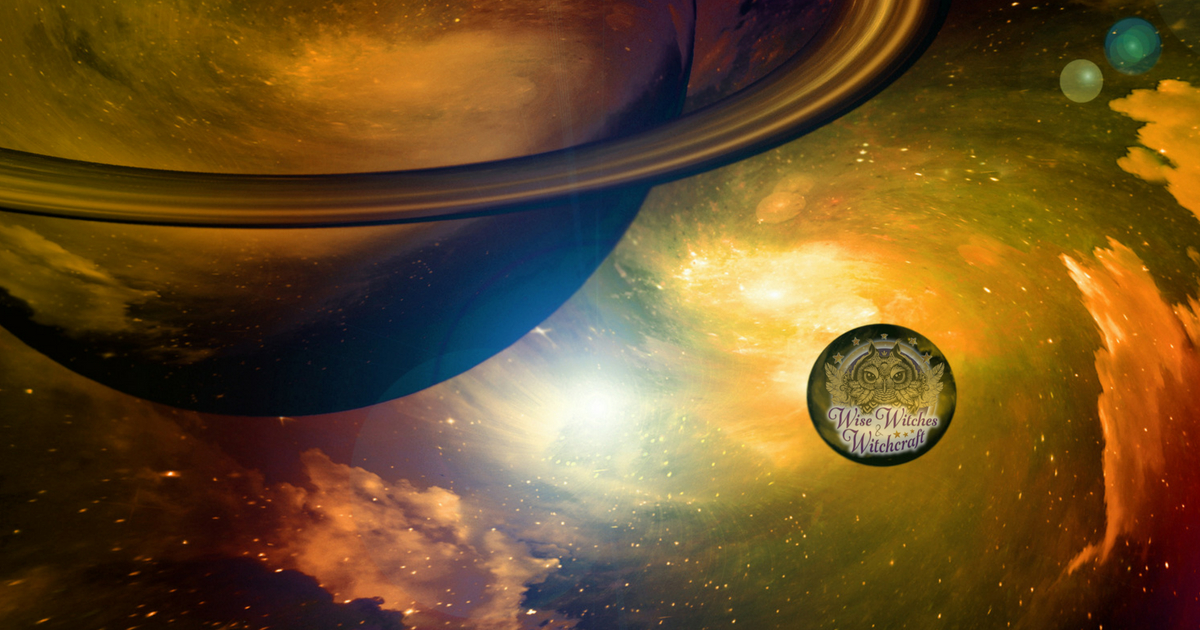 The ancient mages trusted the Celestial time clock tremendously as an energizer for magic. And while modern schedules don’t always allow for such details, symbolic timing can be very helpful.  Here’s a brief illustration of the energy associated with specific planets as the moon moves into their sphere of influence:

Note that Uranus, Neptune, and Pluto are not included in this list. They were not known to the ancient magicians. Looking to the future, these planets will probably be given metaphysical associations correlated to their names, such as Uranus being associated with celestial energy. The name Uranus comes from “Urania” in Greek, meaning “heavenly one.” She was the Muse of astronomy. Neptune might get aligned with sea-dwelling stones and plants, is the name of the Roman God of the Ocean, and Pluto could be associated with root crops and death, as Pluto is another name for Hades, the God of the underworld.

The more the particulars of a spell make sense to us, the better the results are bound to be. For example, cast a spell to banish a bad habit on New Year’s, when many other people are resolving to do likewise. Cast spells for health, luck, and happiness on your birthday. Personal needs can’t always wait for perfect astrological conjunctions, and the benefits to choosing a time for a spell shouldn’t be underestimated. The process of deciding helps you think more clearly about your goals and what they mean to you. 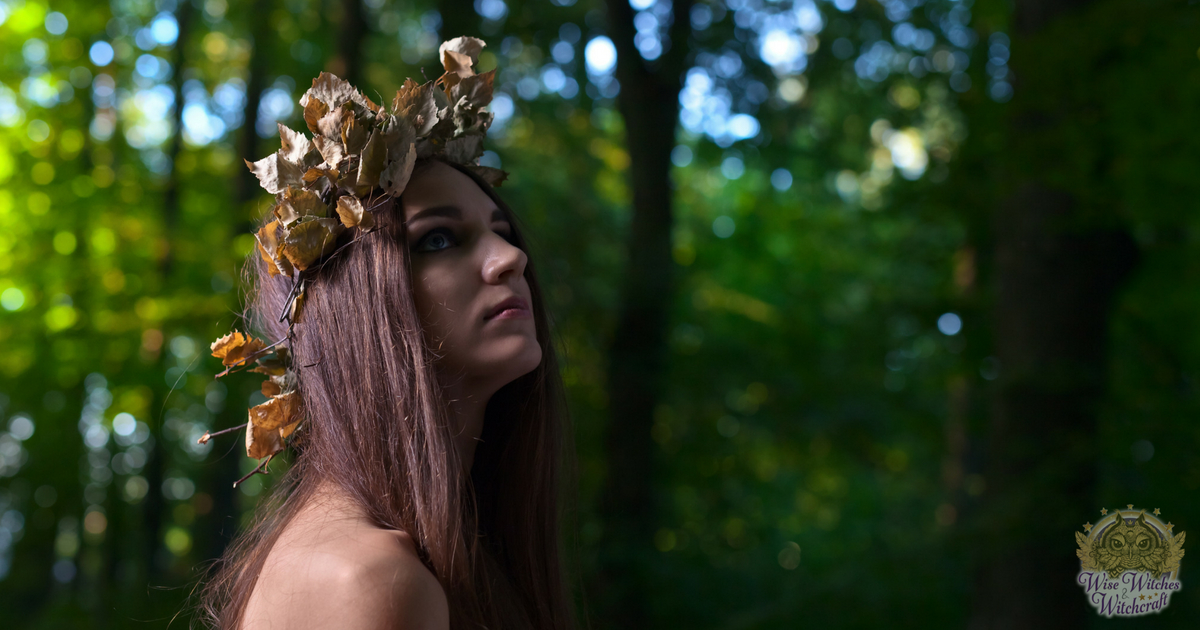 This is a method many Wiccans use to steer their magic more effectively and carefully. If you have a specific God or Goddess that you follow, or if you simply call on the Great Spirit, this ancient persona becomes the energy core for your spell. Trusting that such power must be wise, you can then leave the driver’s wheel for your spell’s magical energy in the hands of the Sacred.

Alternatively, if you are not a religious witch, you can use the universal clause that’s included in many Wiccan spells and rituals: “for the greatest good, and it harm none.” By adding this onto the end of a spell, you release your magical energy to the Universe with the best of intentions. This may change the anticipated results of a spell in unexpected and sometimes humorous ways, but the results will always be “for the greatest good.”

Finally, don’t forget the methods that your own body can help you enact. Close your eyes to focus your resolve. Dance or chant to raise power. Point or extend a wand to direct energy. Sit down to ground out energy. Reach out to welcome the magic attributes generated by your spell into your spirit. You are always the most important element and tool in your magic.

Adapted from, “Wicca 2000,” by Patricia Telesco. All rights reserved.