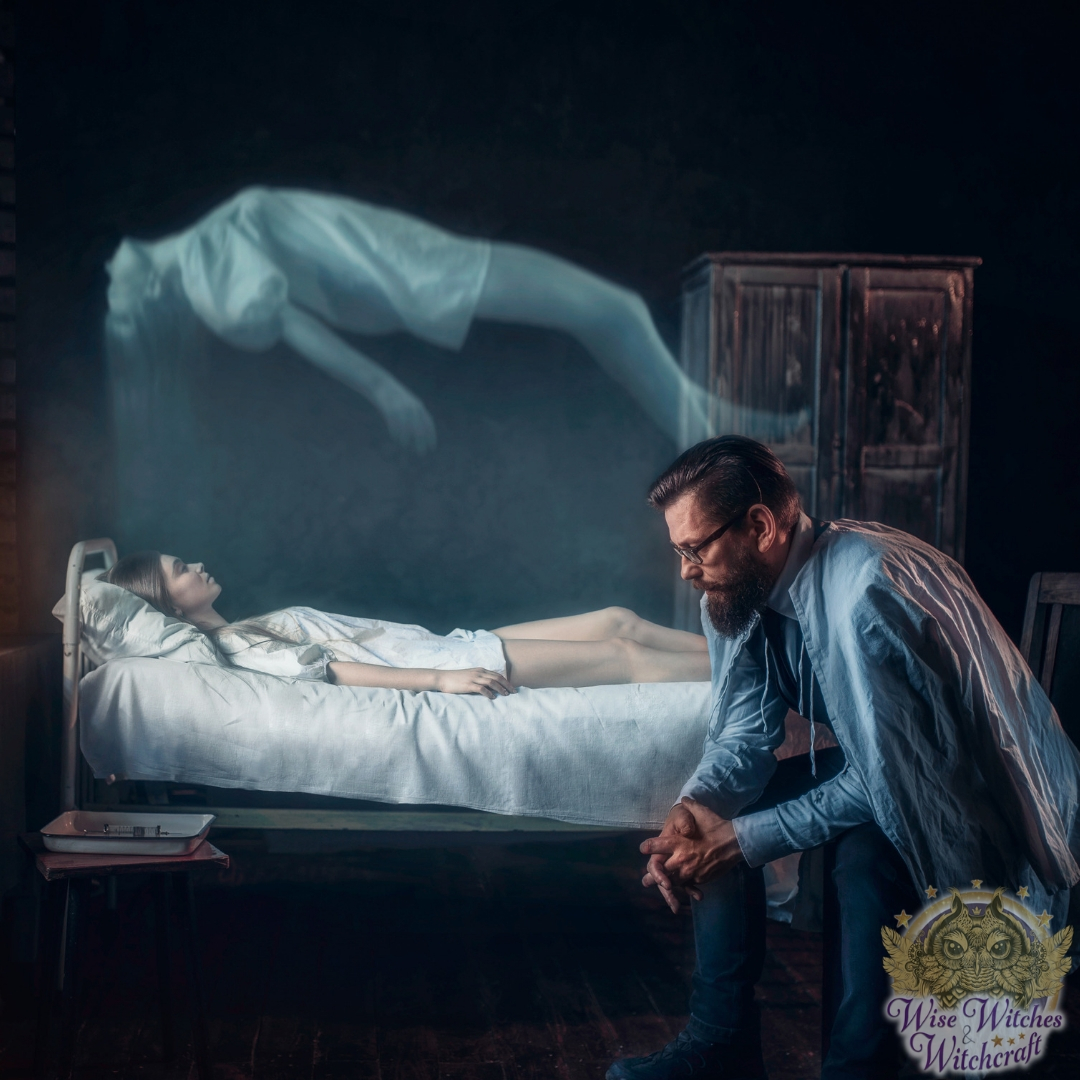 “When we live, we sleep; when we die, we wake.”
-Mohammed

Near Death Experiences (NDEs): A Wandering Spirit While Yet We Live 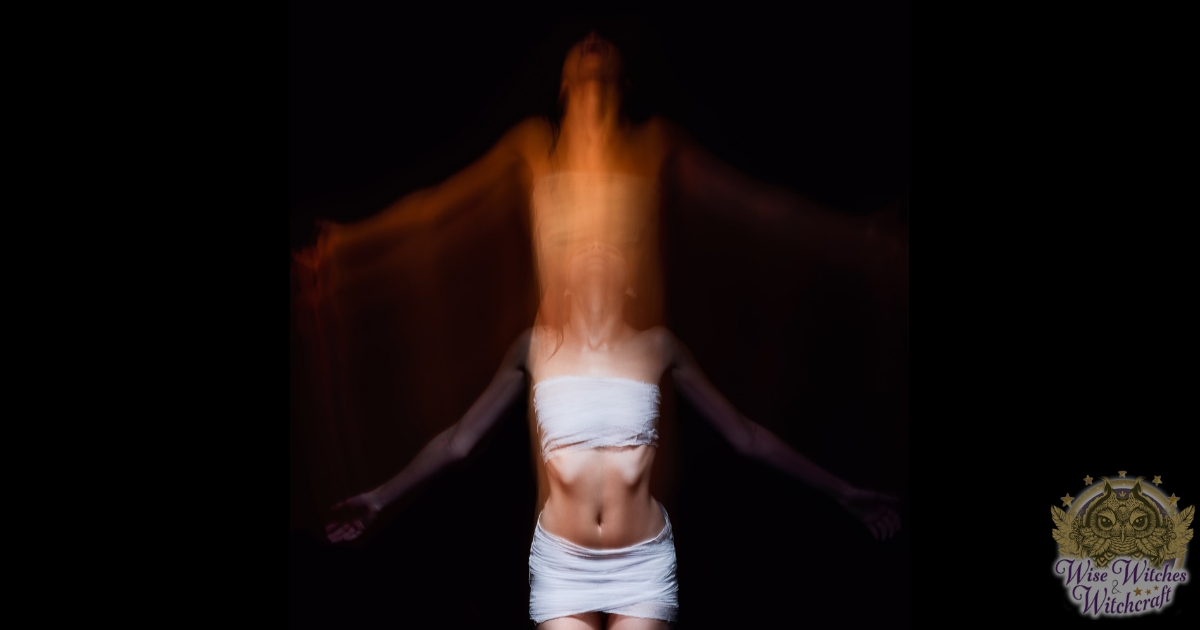 If we perceive or communicate with the spirit of someone who has died but is still waiting to take on a new body, that is a “ghostly” phenomenon. If during life, the spirit leaves the body, then it belongs to the class of “non-ghostly” spirits. Non-ghostly spirits can be produced by two fascinating phenomenas−Near-Death experiences (NDEs), Out-of-Body Experiences (OBEs) also referred to as Astral Projection.

NDEs and OBEs suggest that the soul can leave, and later return to, the body none the worse for wear. If we encountered a spirit detached from the body by these two situations, we might think we’re seeing a ghost. Honest enough mistake. It truly is difficult to know the differences. 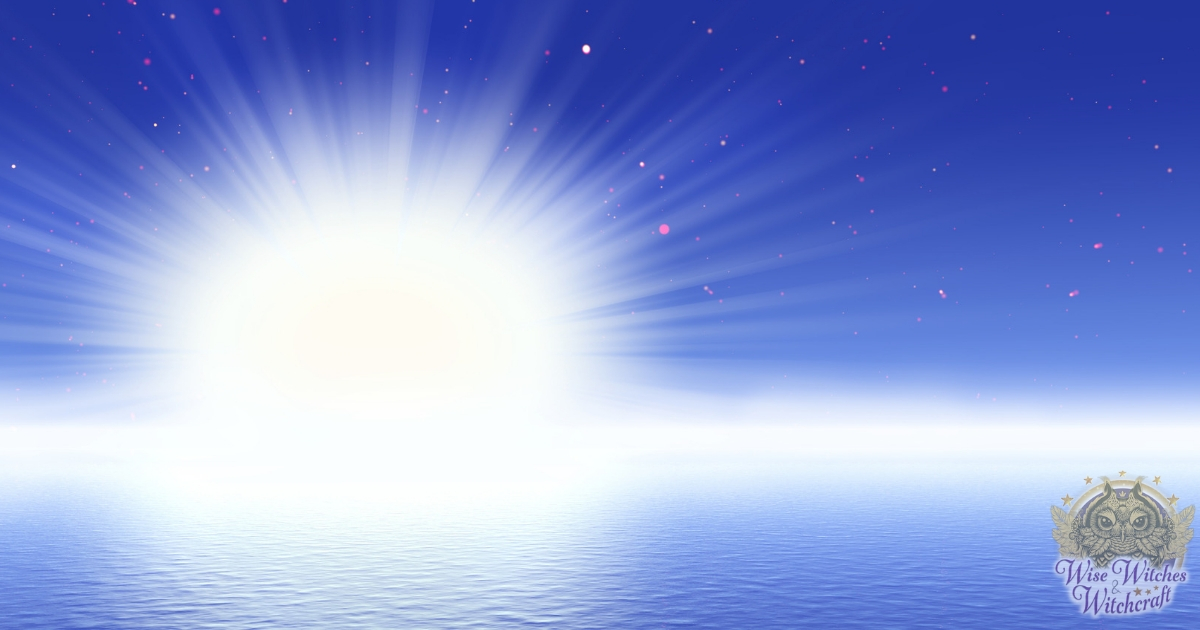 Writings about near-death experiences are as old as writings about the afterlife. Ancient guidebooks on the art of dying include descriptions of what happens to the spirit in the moments near death. This is a special transitional state, in which the spirit leaves the body, but may not yet realize what is happening.

From this special vantage point, the spirit can often see over the horizon into the next world. In Egypt, the Book of the Dead described what the spirit experiences before it begins its journeys and also its trials in the afterlife. Plato’s Republic gives the account of a man named Er, who was dead for twelve days. He was placed on a funeral pyre, where he revived suddenly and told the gathered crowd how he left his body and saw the afterlife. During the sixth century A.D., Pope Gregory the Great collected reports of unusual experiences, three of which experts consider as NDEs. 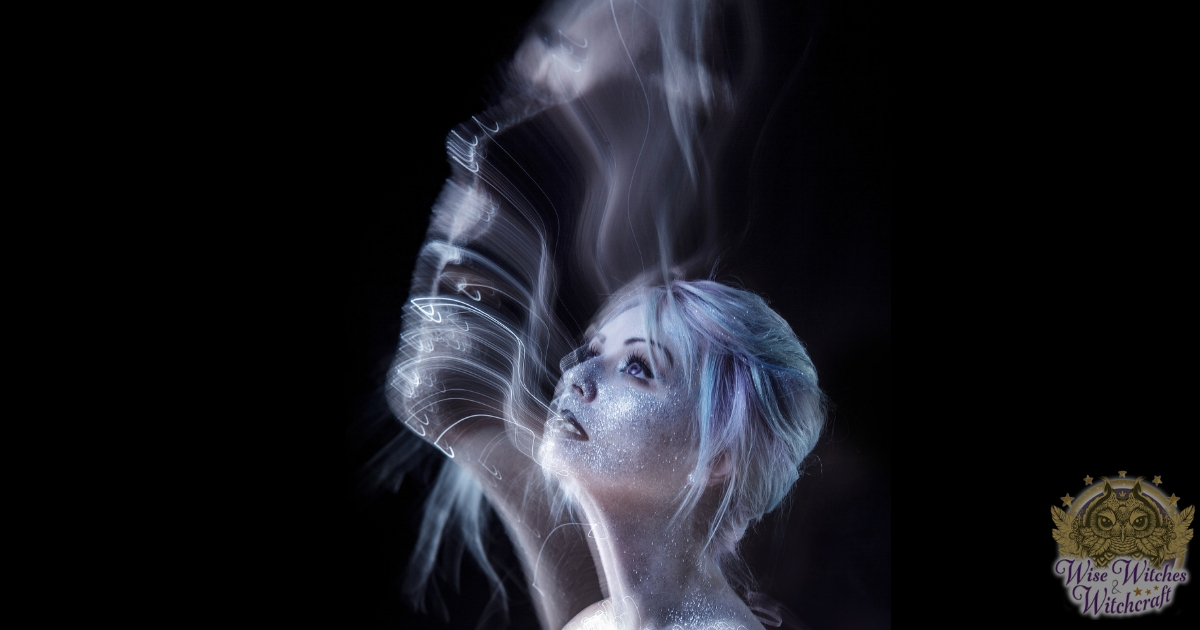 There was a revival of interest in NDEs in the twentieth century. American novelist Ernest Hemingway described coming near death during World War I. During this experience, he left his body. During the 1970s, Raymond Moody, the author of Life After Life, made systematic studies of NDEs and drew public attention to the phenomenon. Moody found these experiences had commonalities, despite wide variations in the cultural backgrounds of the people who experienced them. People who undergo NDEs may:

The typical progression that Moody found in NDEs parallels much of the “Tibetan Book of the Dead.” Tibetans read the book to a dying person immediately and for forty-nine days after death, guiding them toward liberation and keeping them from confusion. Some aptly call the NDE conscious dying.

After such an experience, many people change significantly and exhibit behaviors different from their past actions. As one might expect, an NDE may challenge personal beliefs and practices. The living are certainly grateful simply to have their loved one returned. And once the shock wears off, it makes for a great dinner time story.

What does science think of all this? The jury is still out. Evidence suggests that the brain experiences the loss of oxygen creating a dream-like illusion. Some recent studies indicate that residual brain activity continues even after clinical death. There is a lot more work to be done in this field to reach a sound conclusion if possible. After all, but for ghostly form, the dead don’t return for chats. 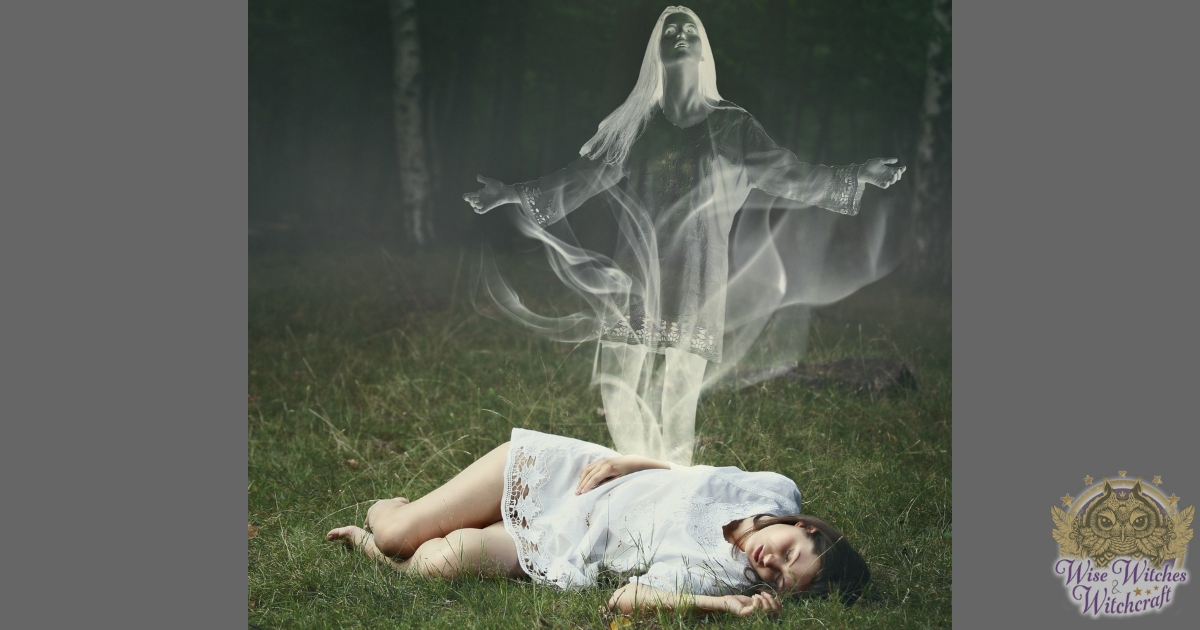 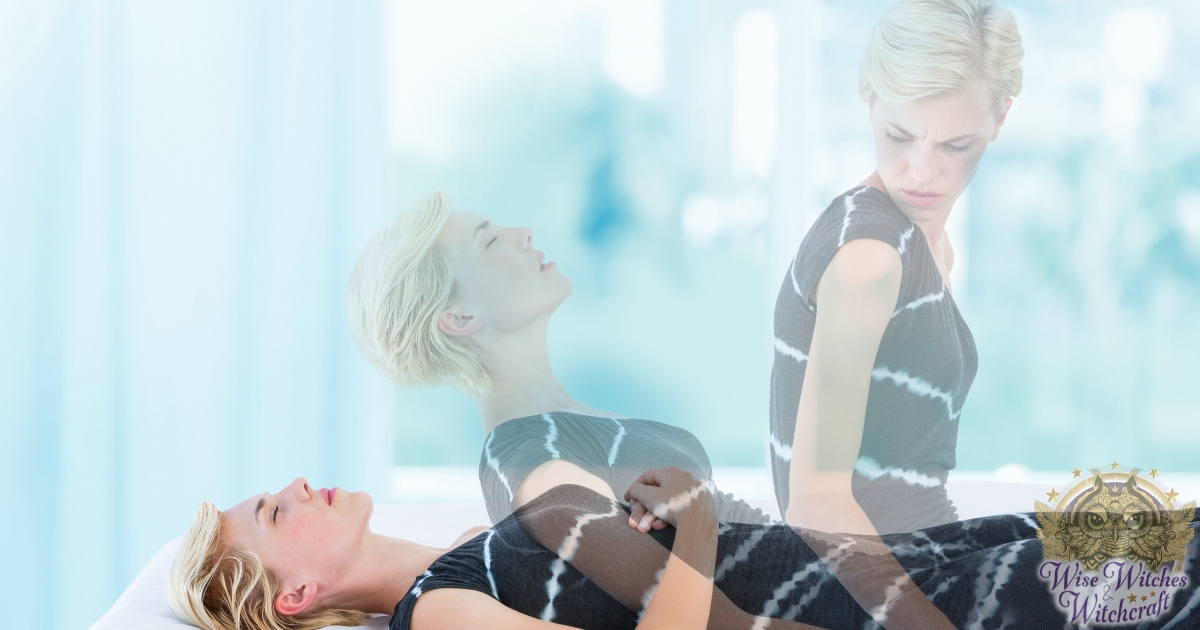 Some Biblical passages support this theory. The prophet Ezekiel reported that God carried him by the hair to Jerusalem. The apostle Paul rose up to the third heaven, writing that he did not know whether this journey took place in or out of his body. Gnostics developed meditative practices that release the spirit from the trap of matter.

The Christian church sometimes took a dim view of these excursions. Monks in the Middle ages received chastisements for leaving their bodies to view heaven and hell. Such explorations of divine mysteries were associated with the “sin” of curiosity.

Among the class of paranormal experiences, Buddhists called OBE riddhi. During this experience, a person may pass through solid objects, walk on water, and fly. In the late 1800s, the Theosophical Society experimented with a form of astral projection.

For this test, the spirit moved out from the body, visualized as attached to a silver cord. If this cord was severed, death ensued. Think of the cord like breadcrumbs in the forest. In recent years, OBE research began moving away from occult language and theory and tried adopting scientific paradigms. The status of such research as serious science is disputed because the evidence for OBEs consists of subjective incidents. Still, the great number of similar reports−which come from many times and many civilizations, particularly Shamanic spirit walking−encourages the serious researchers’ study into whether the soul is able to leave the body. 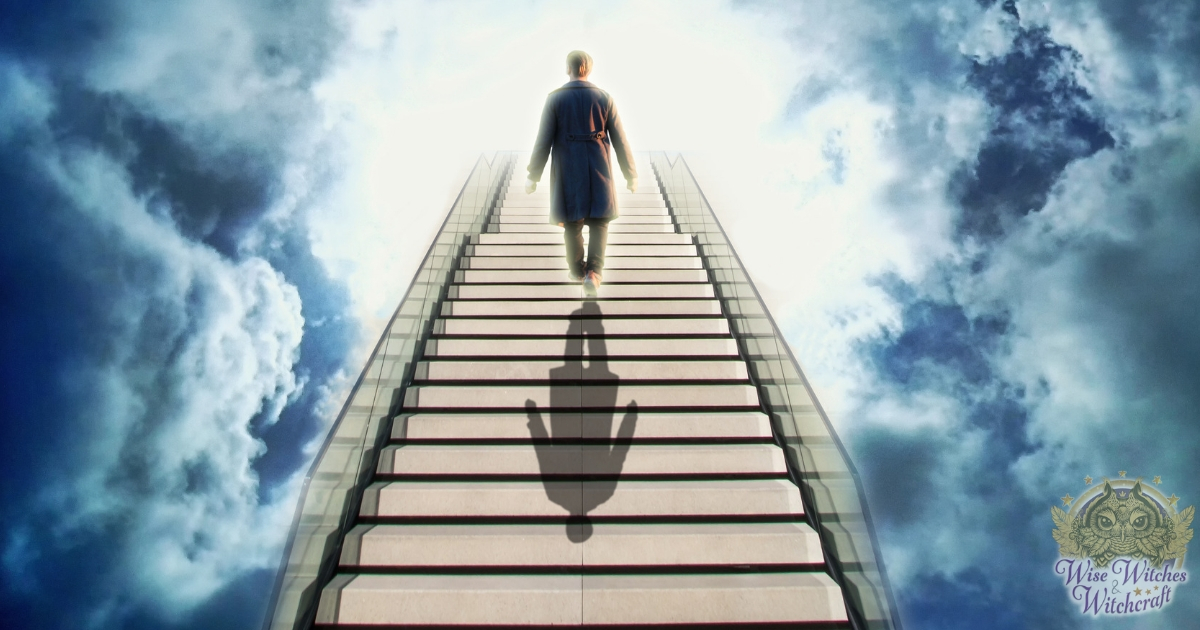 Sometimes OBEs end abruptly: something brought the spirit back to the body suddenly. Many OBEs are unexpected and unsought events; Children report Astral Travel without knowing what they’ve experienced. Others endeavor to master the technique of leaving and entering the body at will.

I remember “dreaming” once that I was flying far more quickly than my eyes could comprehend. I was moving, trying to find the sobbing voice of a young girl in distress. Once I found the voice, I knew the surroundings were strange and that I wasn’t wholly physical. That girl seemed to be aware of a “presence” −which she may have later considered some type of ghost.

After our encounter, I found myself flying again and then felt a hard snap−as though a rubber band had been pulled too tightly. At this point, I sat straight up in bed with a terrible headache. When I awoke completely, the experience remained with me as clearly as the surrounding room. Perhaps she was the ghost… perhaps I was a spirit or angel to her… in either case, that moment changed my outlook on the limits we place on human consciousness. 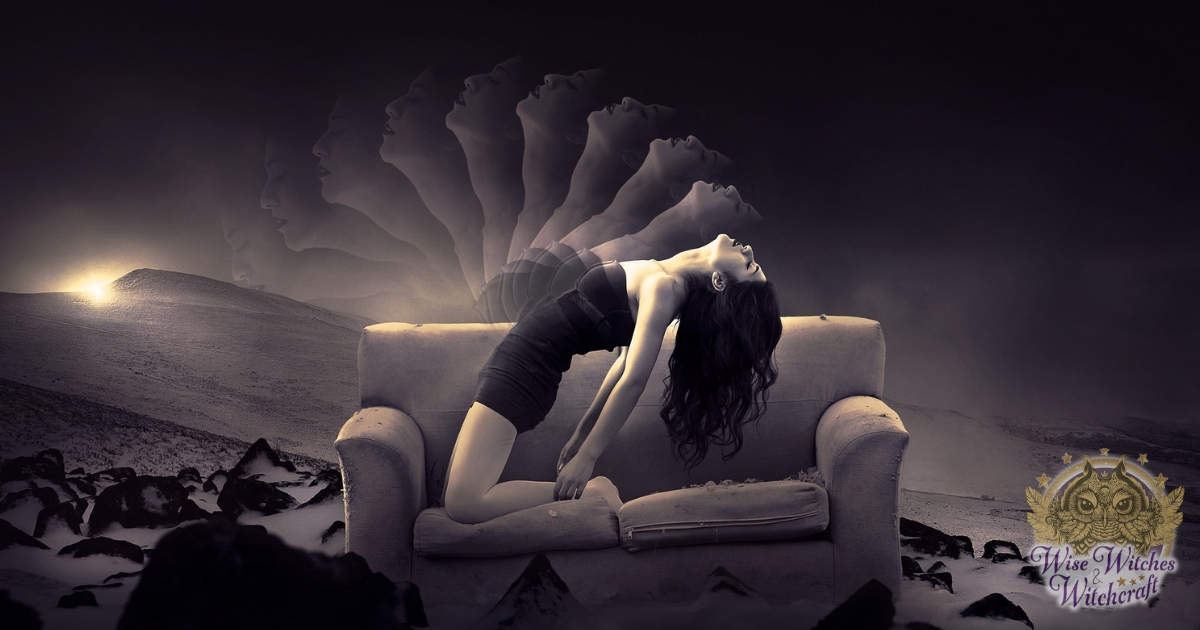 ·The astral body, during an OBE, is transmitted through a different dimension. It is just as real, and just as elusive, as a radio signal in the atmosphere: if we have no receiver, we do not detect it, even though it exists.

·OBEs are similar to NDEs in many ways, but their cause is different. This could indicate that separation of the spirit from the physical body is a real phenomenon with specific characteristics, while the mechanism has yet to be defined.

·Astral travelers from the past reported the OBE sensation of flying, long before the invention of mechanical flight. Their subjective descriptions resemble the experience of flying in a modern machine closely. How did they know what it was like to fly?

There is so much more to the exploration of both NDEs and Astral travel, but this is a good starting point for personal research.

Based on “Ghosts, Spirits and Hauntings.” by Patricia Telesco. All Rights Reserved.