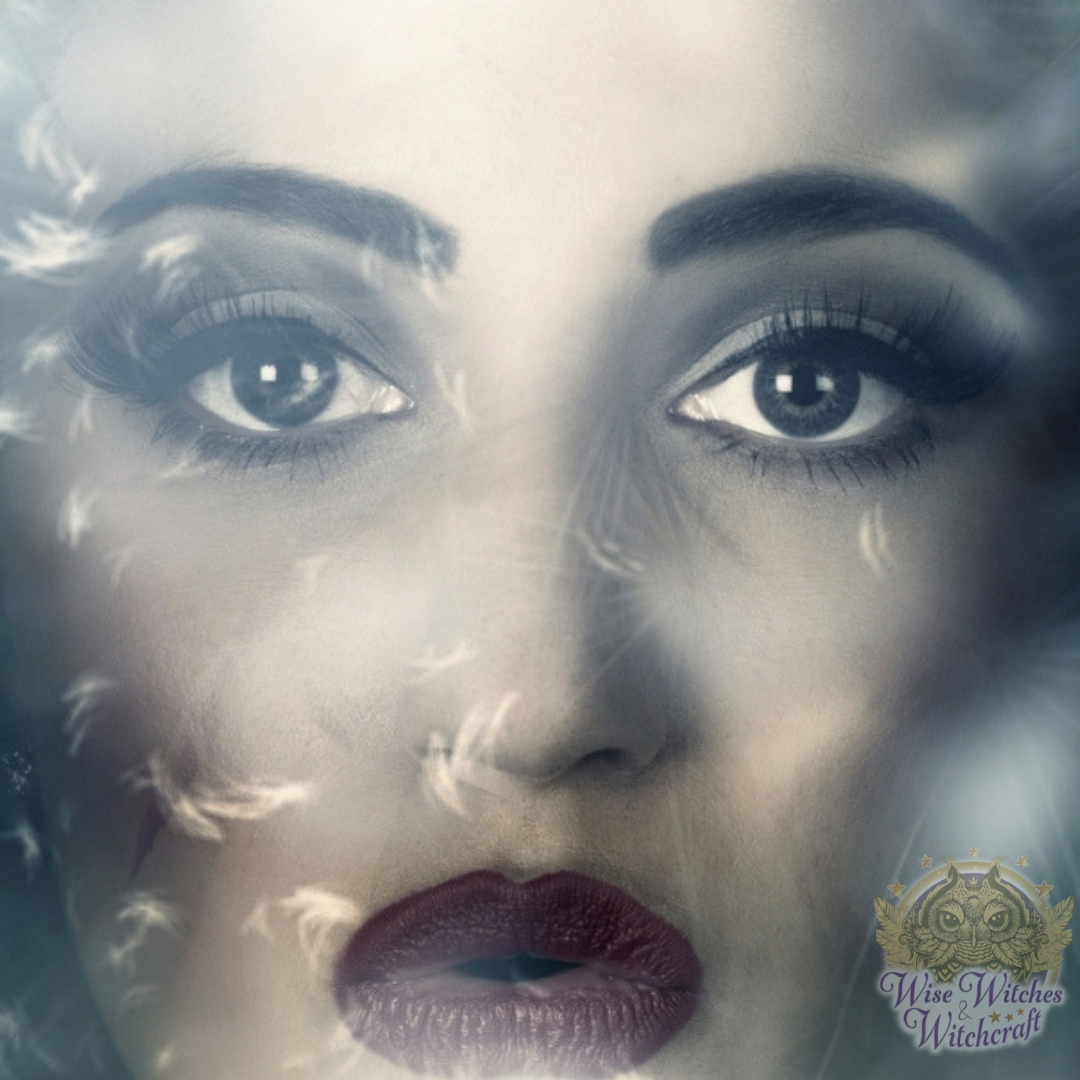 “While a certain image may contain elements of the truth, no one image can capture the whole truth.”
– Frederic and Mary Ann Brussat

Some beings and energies are commonly mistaken for the spirits of the dead. These are “false faces” −none of them are true ghosts, but they may not be easily distinguished from the real Mccoy. 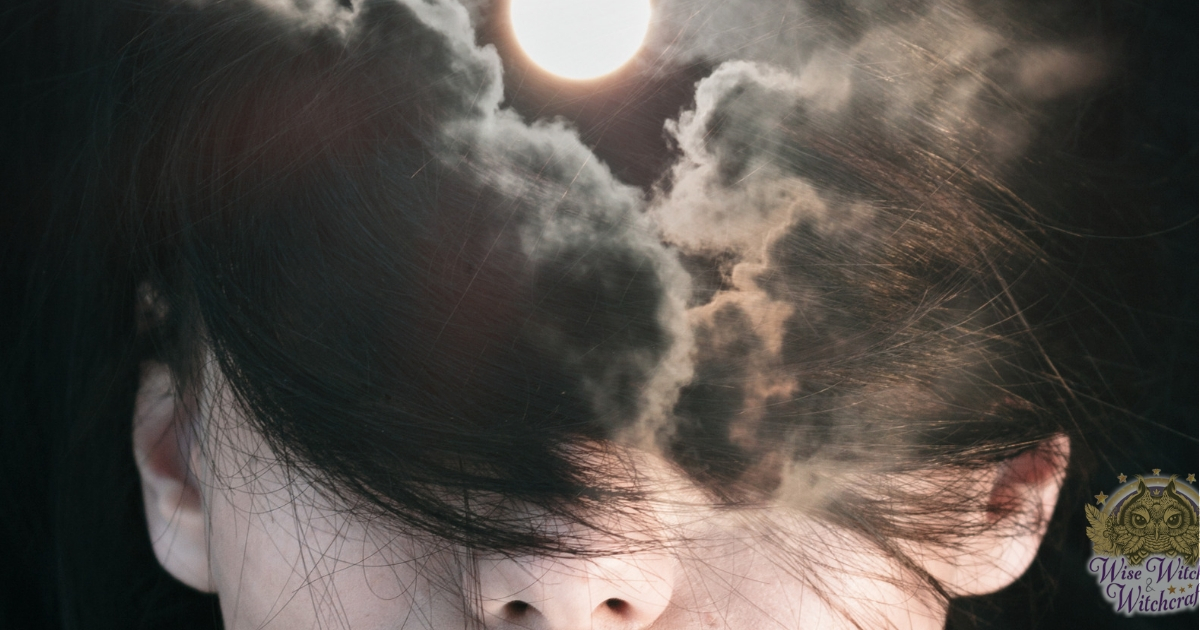 Some “false faces” are beings on other planes of existence who interact with humans. The rest are energies or entities that put in some type of convincing appearance. Any sighting or report of “ghostly” activity should be evaluated to determine whether the apparition is actually a ghost, or is some other phenomenon. 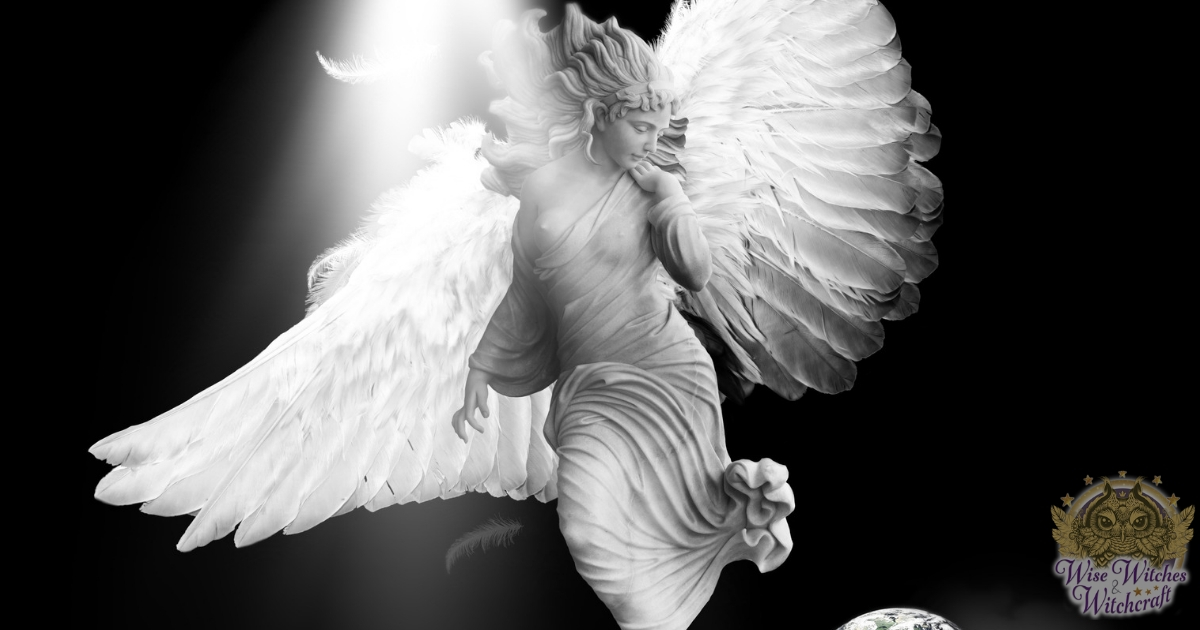 The word “angel” comes from the Greek angelos, which means messenger. Angels are supernatural beings of semi-divine nature, often portrayed as winged and beautiful. Accounts of angelic sightings describe them as surrounded by light. They project an ambiance that makes them seem approachable, and sometimes appear smiling to put those who behold them at ease.

An angelic presence is not always visible. Some people simply feel the presence of a protective attendant nearby, especially in times of crisis. They might sense, for example, someone acting as a buffer between them and serious injury.

Spirit guides can be anyone from a deceased relative to a master teacher. Their function is, of course, one of guidance and protection. Both Spirit guides and angels may come warning of harm, offering inspiration, or providing instructions. In almost all cases, they come bearing some type of message from the Universe to which you should pay close attention. This message may come through dreams and signs.

At first glimpse, an angel and a spirit guide appear similar: both are suffused with light and have protective attributes. And not all angels have wings! Some angels, such as angelic hitchhikers and hoboes, who test one’s charity and then disappear-look very ordinary. The main distinction between angels and spirit guides is metaphysical: spirit guides still have to reincarnate to unite with the Divine; angels do not. 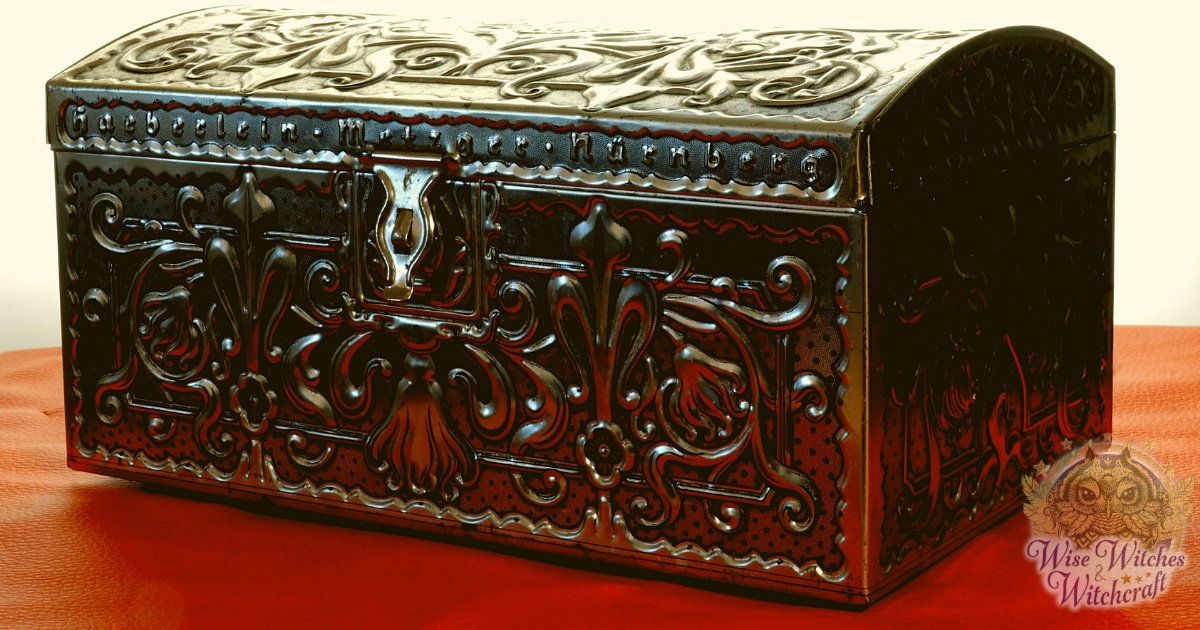 Kami is a Japanese term for spirits who reside in objects and have great magical powers. Kami may be nature spirits or the spirits of great people. The term means beings who are more highly placed. While such an entity’s energies might be mistaken for a ghost, its powers are far greater, being comparable to angelic powers. Consequently, treat the Kami with care and respect. If you find yourself uncomfortable with such a spirit, I suggest giving the associated object to another who feels naturally drawn to its energy. 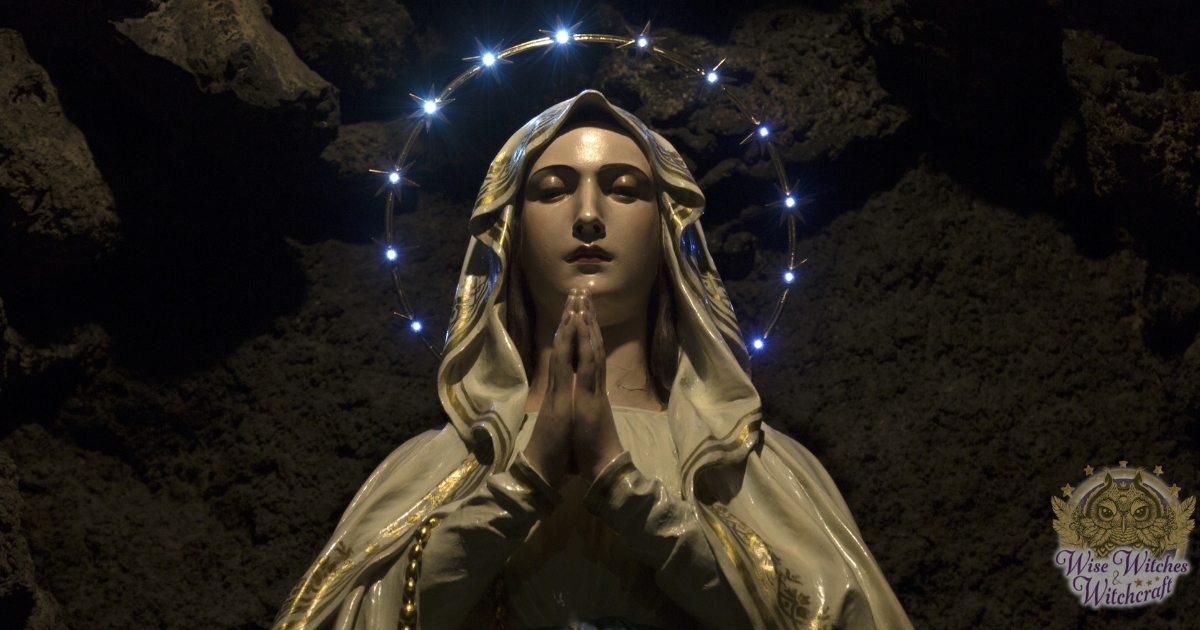 The ability to see visions of religious figures, like those of saints, Mary or Christ is considered an Charism−a gift of grace. This ability is one of the signs of Sainthood (don’t let it go to your head). The Bible, like many sacred texts, speaks of these visions as life-changing. Some of these resulted in a conversion, some in the awakening of spiritual gifts and some in the dedication of the visionary’s life to the ministry.

Those with Charism usually see religious figures and archetypes from their own culture and religion. Few followers of Buddha report having visions of a typical Christian icon. Faith and expectation seem to play an integral role in these manifestations.

Meanwhile, apparitions of monks, nuns, priests, and religious figures are a fascinating sub-group of entities, some of which ARE ghosts. Despite the human spirit’s quest for reunification with the Divine, even the most devout seem to like to linger in this world. Two famous photographs taken in England in the 1940s and ‘50s are good examples. One shows a medieval monk standing prayerfully at the altar of St. Nicholas’s Church in Sussex; the other, taken in Kent, reveals a phantom vicar in Eastry Church. The photographs have been reviewed by experts, none of whom found evidence of trick photography. 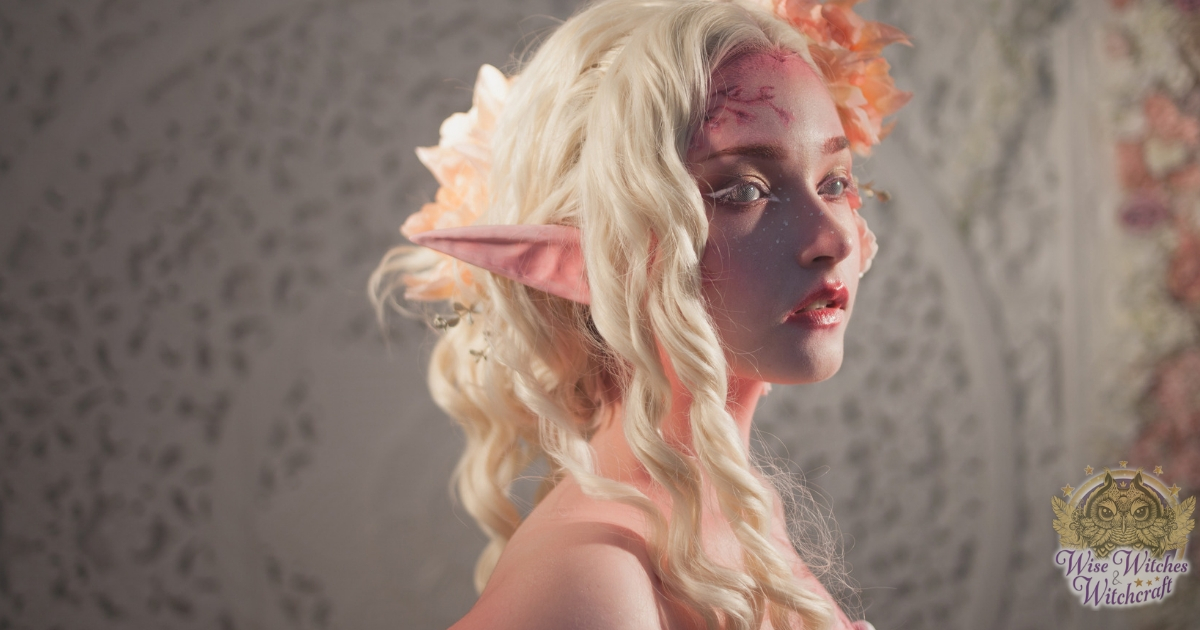 Creatures who adore playing harmless tricks on unsuspecting humans, fairies may be at work if you keep losing small sparkling items (only to find them some days or months later). Another sign is hearing the slight tinkling of bells and child-like giggles. Fairies are drawn to children and pets first, then to very loving, adventurous, creative adults. If the cat has been chasing empty air, or your two-year-old talks about flying invisible friends, consider the possibility that you have the fairy folk underfoot instead of ghostly guests.

Fairies are an easy lot with which to contend. Every few days, go to your window ledge or garden and leave out a bit of sweet bread, some heavy cream, ale, bubbly wine, or honey cakes. This keeps them quite content.

If a fairy seems nasty or too roguish for peaceful coexistence, try some of the techniques used to keep ghosts away. Sprinkle salt and iron filings around the home, hang holly year-round, and use a tincture of St. John’s Wort on all the doors, windows, and other openings (such as air ducts). You have to let the fairy know who’s boss of this territory. None of these measures will hurt the fairy. You have simply deterred it from bothering you. 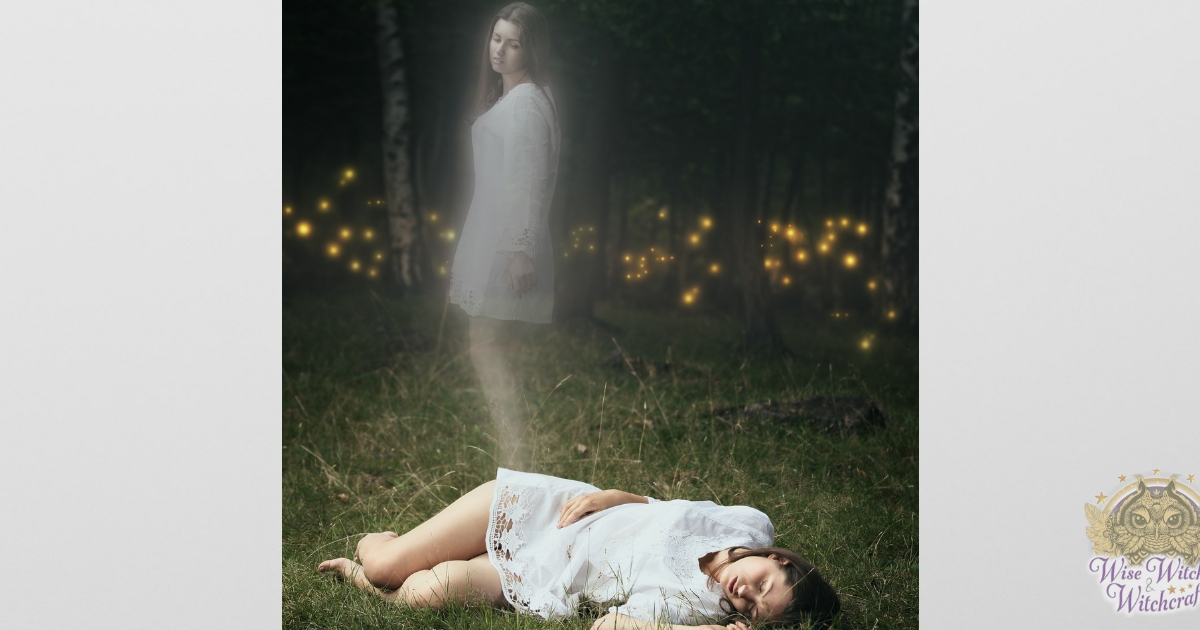 The astral body is composed of etheric energy: the laws of physical matter do not apply to it, so it can traverse long distances in an instant, and move through solid objects unhindered. In the astral state, a person is conscious, alert, and functional.

After experiencing an OBE, people report having visited places, family, or friends. They directed their astral body with their thoughts on these journeys. People who receive an astral visit sometimes sense that someone else is there; they may even see a shadowy image. This is why the projection gets mistaken as a ghost.

People who are badly injured or people in a situation of crisis may spontaneously project their spirit into the presence of someone they were thinking about, or of someone, they care about. This may explain the visions seen by families and friends of the dying. Sometimes these visits announce the moment of death to distant loved ones. 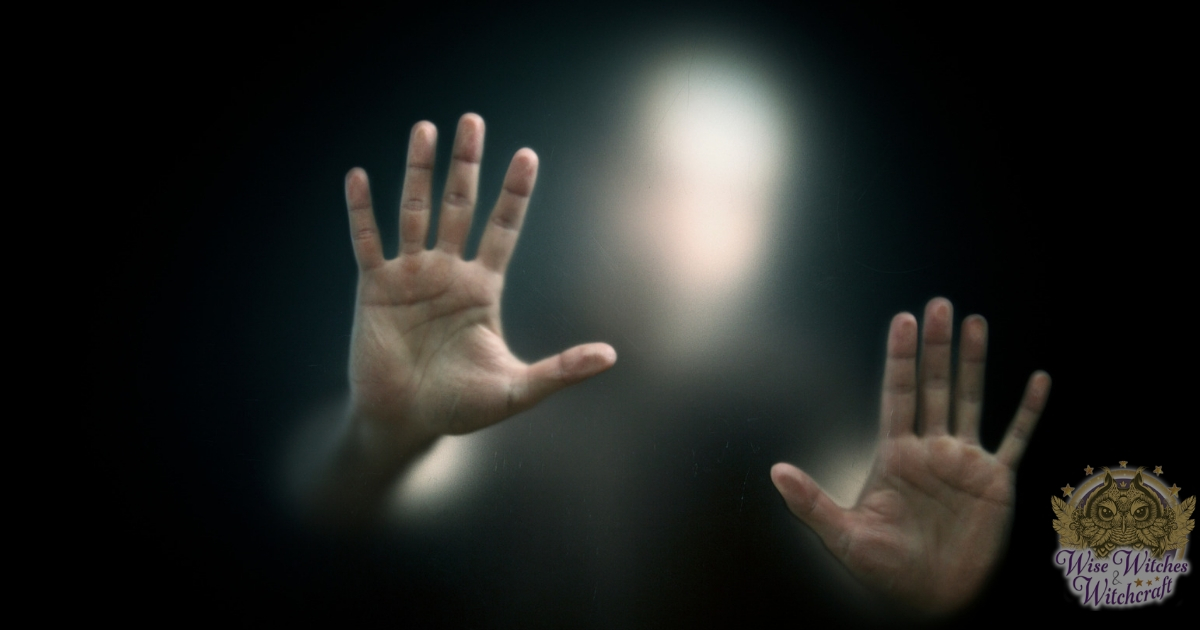 During Near-Death Experiences, the spirit can separate from the body (see also: Astral Projection). It is not a ghost, and many cultures recognized this by giving the NDE spectral figure a distinctive name. The Fetch (Old English), the Doppelganger (German), and the Vardger (Norse) are all designations that remind us that NDE apparitions are not an innovation of the “New Age.”

NDE projections can communicate with the living, by some accounts. These visits are typically attempts at resolving issues with the living or to say a final farewell. If the person projecting the NDE specter dies before the message gets across, this might result in a haunting, centered around the person they visited. This sort of ghost usually moves on once it feels that the message was received and understood. 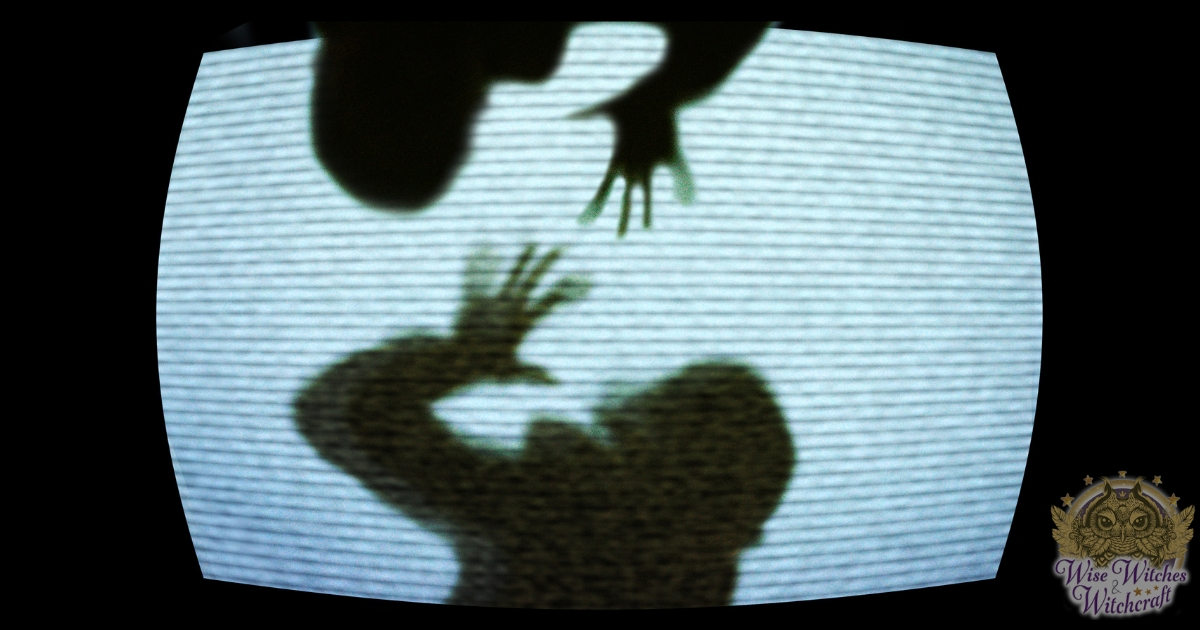 The German word “poltergeist” refers to a roaring or noisy spirit. Poltergeist activity−a series of clamorous events in an area−is sometimes blamed on ghosts, sometimes on other sorts of spirits.

Poltergeists have a long and distinguished history. One of the first poltergeist accounts comes from the first-century Roman historian Livy, who described people being battered by stones thrown by an unseen source. In the twelfth century, the scholar Gerald of Wales mentioned an aggressive spirit which threw mud and cut up clothing. During the Middle Ages, it was believed that poltergeists were demons and during the Reformation, reports of a poltergeist resulted in a witch hunt. The notion that witches instigated poltergeist activity continued well into the eighteenth century.

The poltergeist seems to center itself on a person, following him or her from place to place. Studies show this person is often a young(ish) female with a history of abuse or other trauma. These studies gave rise to the notion that poltergeists are psychically projected scourges of someone unable or unwilling to express inner conflict. This is called “recurrent spontaneous psychokinesis.”

Mythical beasts are a little difficult to explain: what are they doing in the modern landscape? If a particular creature once truly roamed the earth as a living thing, it may have left a ghost. Generally, sitings of these creatures come from local or ancestral memories and stories leaking into the communal mind. 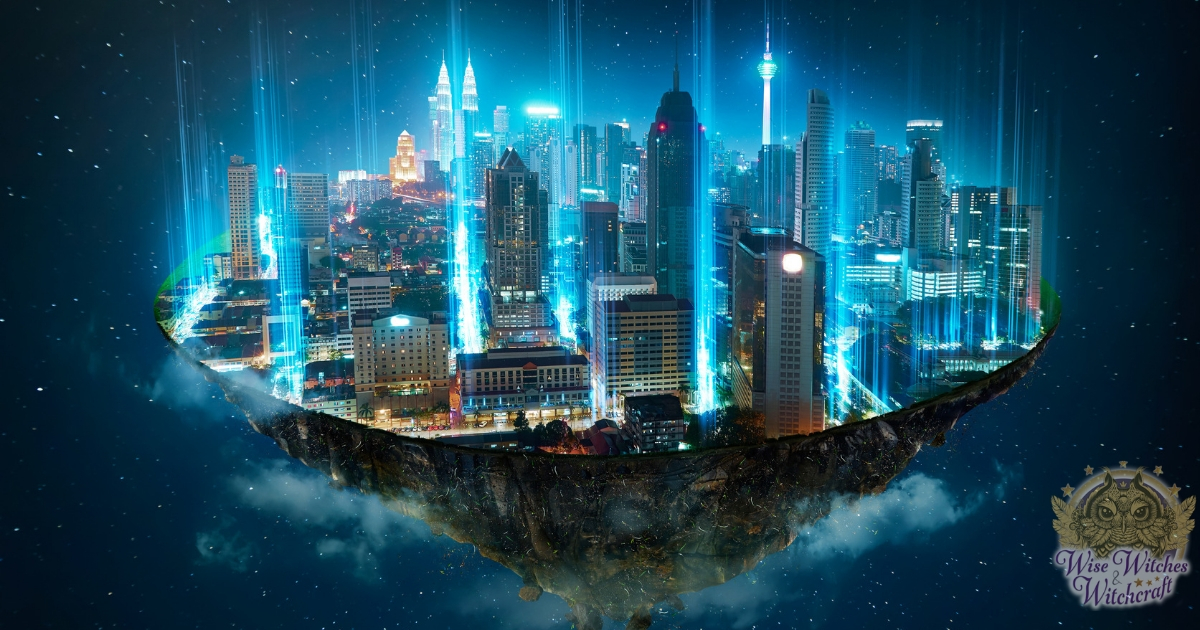 Ghostly buildings were never “alive” so these sightings are energy imprints A person coming home, unaware that a regional landmark has suddenly burned down, might still see a shadowy image of the landmark. Remaining on that same spot for decades or centuries, that building leaves a recorded image imprinted on the skyline, across the land, and in people’s minds. 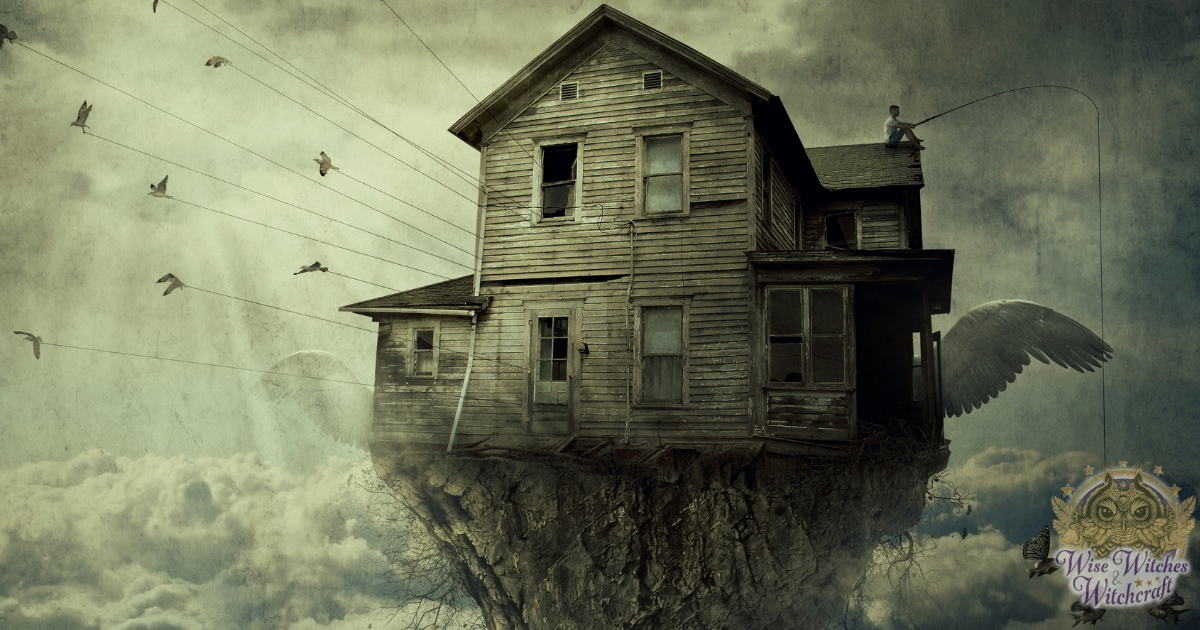 Any area that has been inhabited, or visited regularly, collects energies from all the people who have frequented it. Houses and apartments especially contain this energy. This makes up the ambiance or personality of the home, giving whole new meaning to the phrase “if walls could talk.” This vibrational personality usually goes unnoticed: most people just sense a slight mood that seems natural. If you find the home’s personality is simply incompatible with your own, you may have to put your foot down in some manner and claim your space through cleansing or rituals. 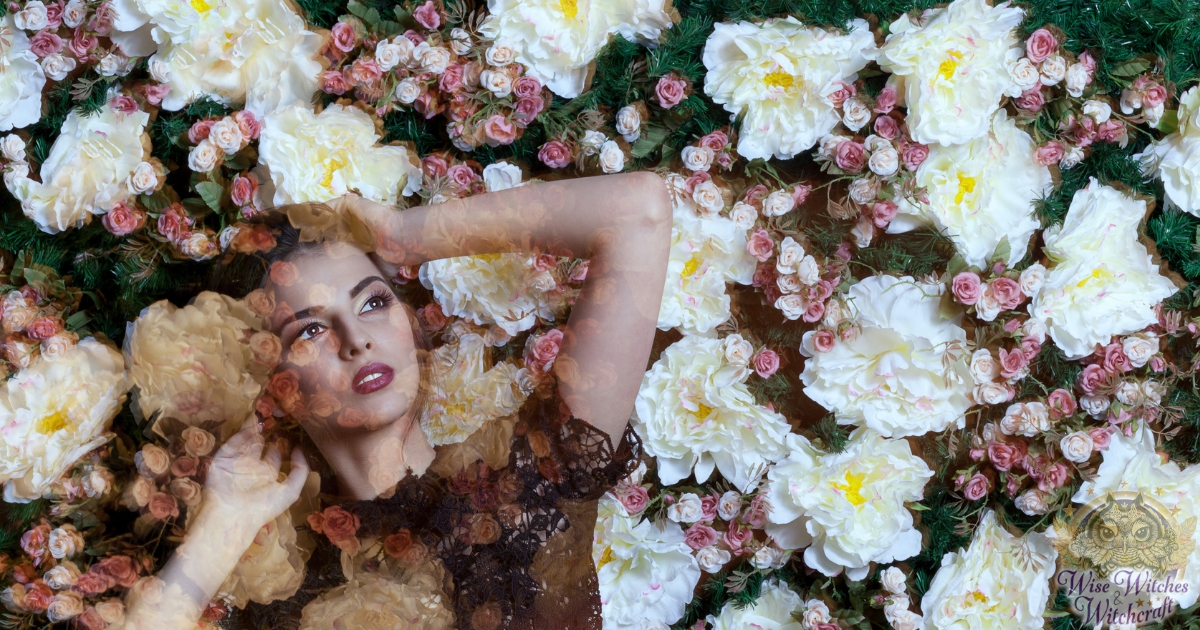 Psychics who investigate reports of hauntings distinguish actual spirits from energy imprints. The energy imprint is a kind of residual force from one specific source or incident (similar to cumulative energy). It replays itself like a video recording. A violent act may replay on the anniversary of its occurrence. While this replay may include ghostly figures, this is just a spectral history without personality or substance.

The major difference between an imprint and the thought-form or ghost is this: an imprint is totally unaware of human existence, or anything else. Over time the image may disperse, or become white-washed by other imprints. Few people have had much success attempting to dissipate this phenomenon by force. The impression does not respond to the mundane world−as a ghost or thought-form does−so it is difficult to break its cycle of repetition. 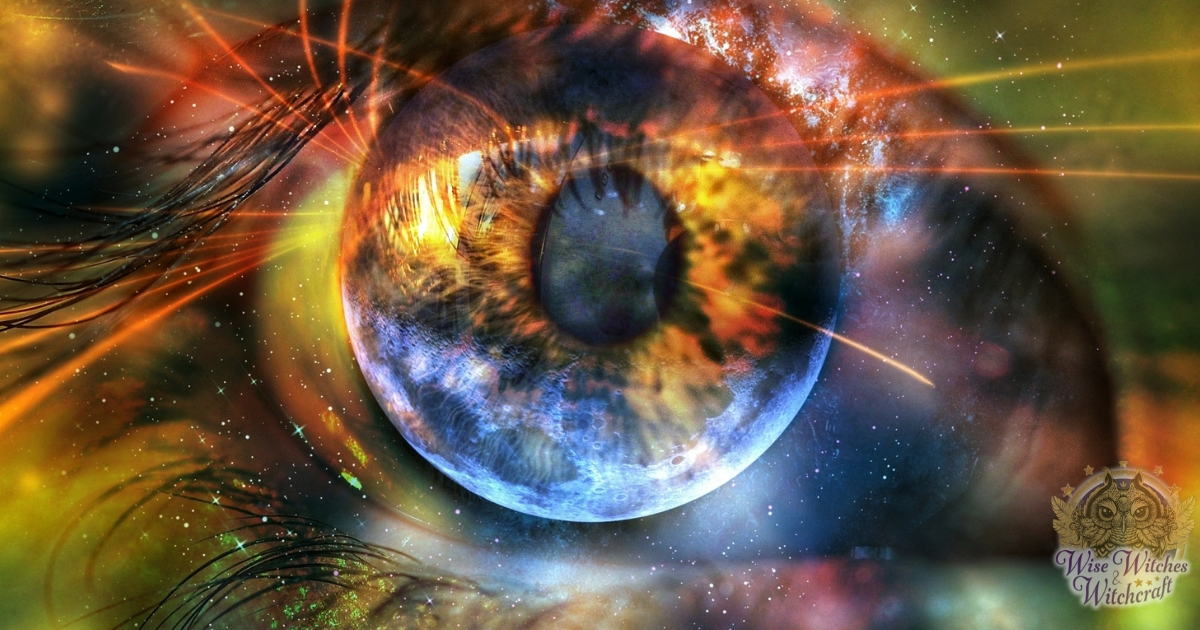 People who are unaware of their psychic abilities might mistake the manifestation of these talents for a ghostly presence. For example, someone who has clairaudience−the ability to hear sounds or words that are not within our normal range of awareness−may suspect that they heard the whispering of ghosts. If someone has a propensity for telekinesis and happens to move an object unwittingly, he or she could think the movement was the work of a spirit. Children especially exhibit such abilities.

Adapted from “Ghosts, Spirits and Hauntings,” by Patricia Telesco. All rights reserved.