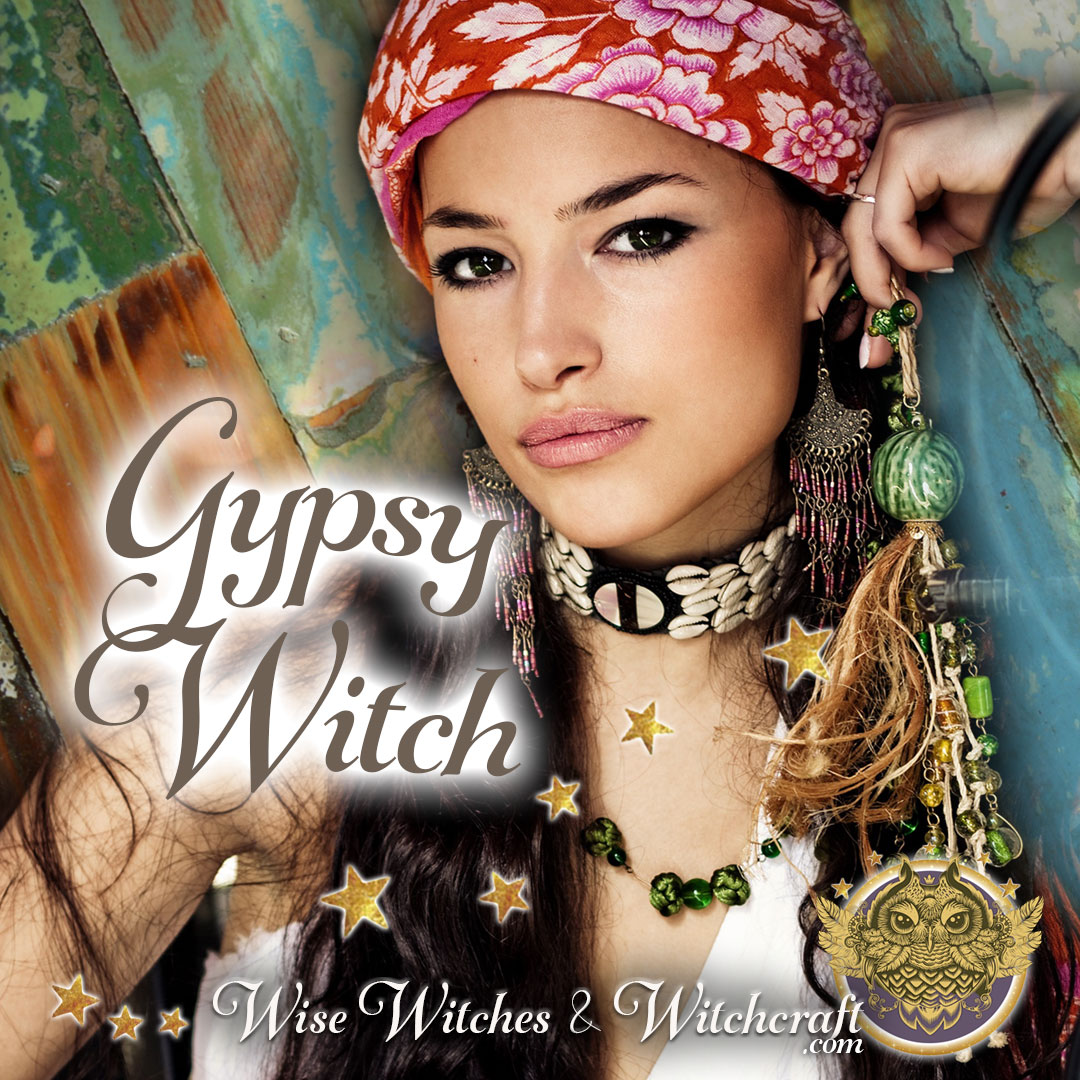 “We are all wanderers on this earth. Our hearts are full of wonder, and our souls are deep with dreams.”
– Gypsy Proverb

Pondering what a Gypsy Witch might be like in person brings thoughts of mysterious magic, love amulets and crystal ball gazing to peek into the future. While it is true that the Gypsy Witch uses these kinds of methods in his or her magic, much of this mystical craft has foundations with the practitioner’s family and their treasured traditions.

The Gypsy ancestors were not so fortunate. In the mid-1500s being found a Gypsy was a Felony in England. The punishment was death. In this, the nomadic lifestyle of the Gypsies probably saved their culture through songs and stories. Most places treated them as outsiders, so children rarely had any schooling. During the War, Nazis targeted Roma Gypsies along with other “substandard” groups, with estimates of over 200,000 killed.

Where Does the Word Gypsy Originate? 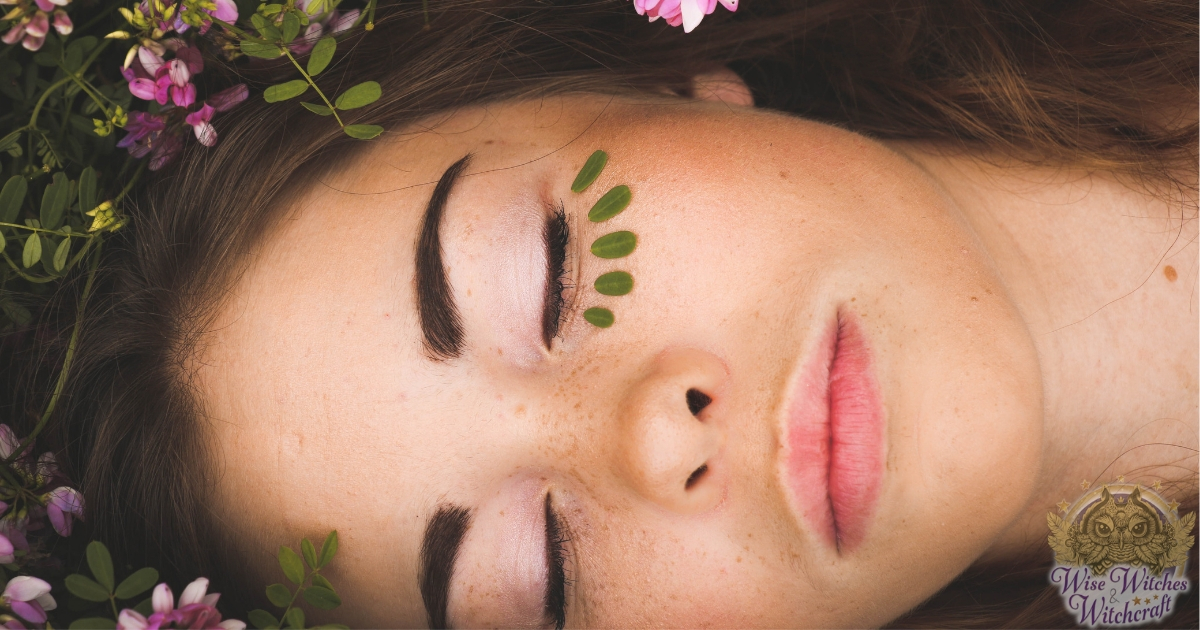 The term Gypsy begins appearing in the 16th century CE. French called them gyptien, the Spanish – Gitano, and Middle English uses Gipcyan. All these variations tell the story of a historical hiccough. When Gypsies appeared in England, people thought them exotic and thought they were related to Egyptians. The truth was these wandering souls came from Eastern Europe, with Indian origins preceding that.

Sadly the word Gypsy took on insulting meanings aimed at the Romani people who were the foundation of Gypsy traditions. The term was often applied to any nomadic group. The European outlook was highly prejudicial, seeing Gypsies as low-class people known for thievery. The word gypped remains with us today, hinting at deceptive, fraudulent or devious behavior. This is why many Romani hate the term.

Having said that, the outlook on Gypsies changed dramatically over time. It is seen as a heritage and way of living. In this, people practicing Gypsy magic are reclaiming their name much as Witches have in the modern world. 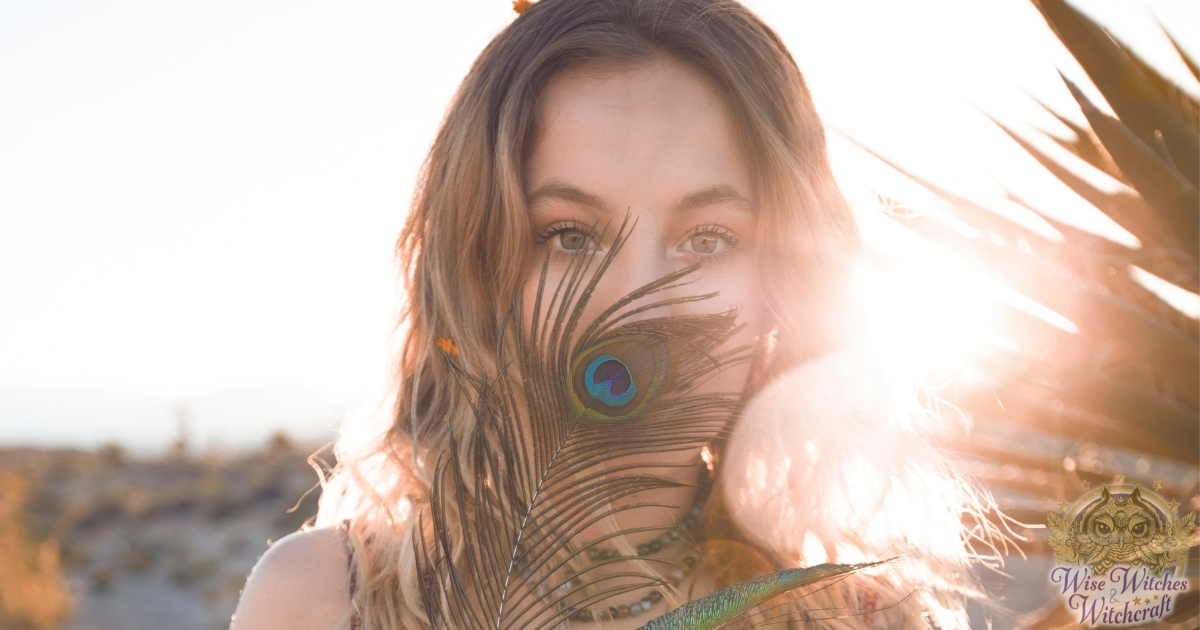 In the broad mindset, the Gypsy Witch has no real religion. Sometimes they adapt to the regional religion where they currently abide. Nonetheless, they see each person as a spark of light in the Universe. This makes them spiritual travelers of a kind, something suited to their lifestyle.

There are some guidelines among Gypsies that govern ethics. Each person is to stay clean, respect others, be just in their dealings and illustrate healthy and helpful principles that benefit the whole. Losing dignity or honor among the Romani often results in banishment. 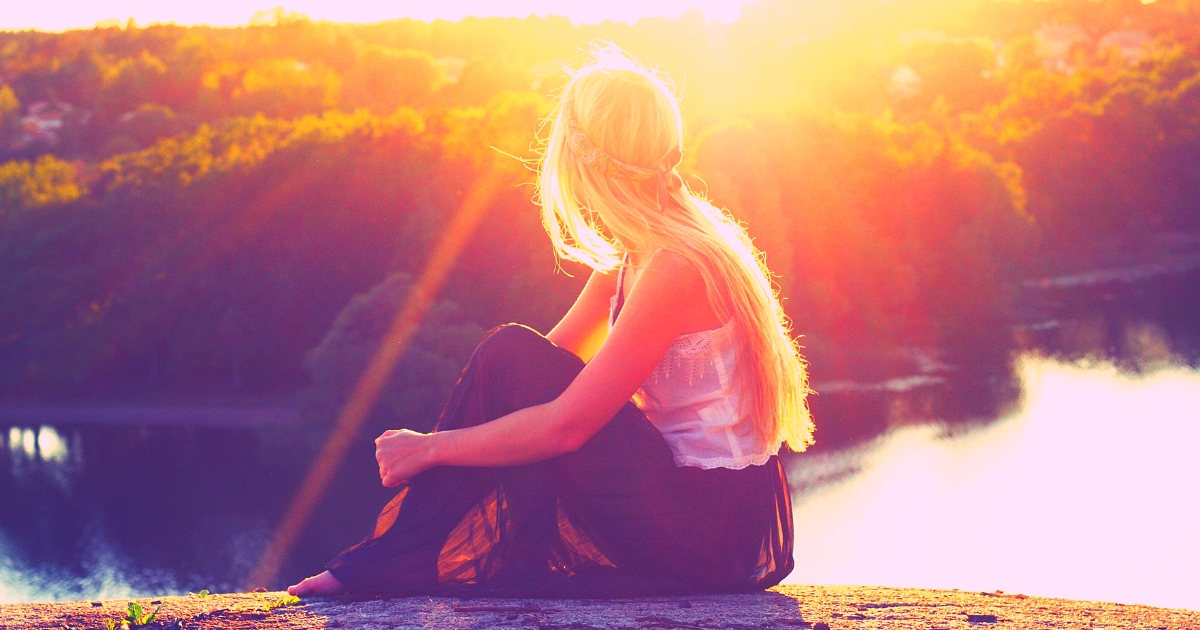 Because of close ties to family and extended kin, it’s not surprising to see the Gypsy Witch using a heaping portion of folklore in their magic. Charles Leland, an expert in folklore, wrote about Gypsy ways in the late 1800s. His observations conclude that the Romani magical tradition was very practical and handy. They focused their spells toward matters of love, protecting farm animals, keeping people healthy, a sprinkling of luck, curses toward guilty parties (often to weed them out) and other important daily concerns.

A great deal of a Gypsy Witch’s craft comes in the form of charms, talismans, and amulets. The pragmatic aspect of Gypsy magic plays a role in this focus. You can carry these items around with you with ease. No need to haul out the hatchback!

A person might also carry a crystal, a piece of resin, coins, shells and other small trinkets. The longer the chosen token stay with the carrier, the item absorbs more and more of the attributes of the bearer. The Rom believe that over time the token begins taking on demi-god like power and as such should be used with great care.

Divination and Elemental reverence are two other types of magical craft common to Gypsy Witches. Some practitioners watched for signs in nature like animal tracks or the direction in which specific birds fly to foretell the future. Others used scrying surfaces like a still pond of water or shiny black rock.

For the Elemental aspect, all elements have unique characteristics, but Gypsy Witchcraft seems to have a particular affinity for water. One should never take water from any source without first making a gift to the spirits that abide there. Forgetting this brings terrible luck.

Curses and the Evil Eye 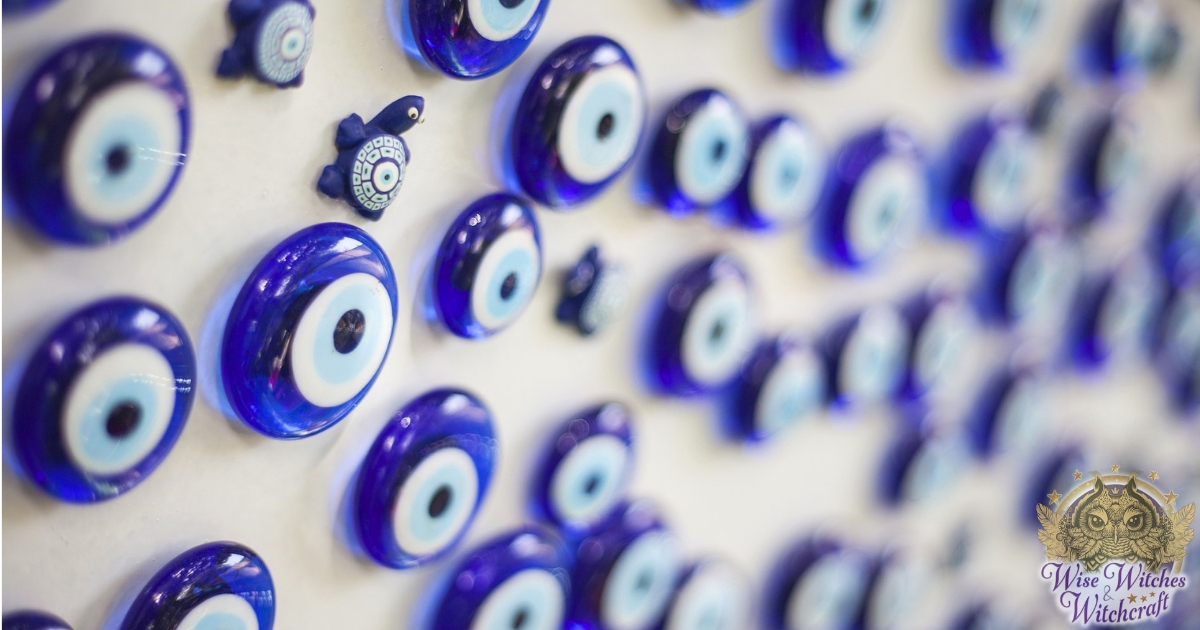 Do not piss off a Gypsy. Their background provides them with all the tools necessary to invoke a curse in a very short time. The Evil Eye is like that. Some think that the Gypsy can hypnotize people with but a look. As you can imagine most common folk were very wary of insulting a Gypsy in any way!

How do you know that a Gypsy Witch has worked a curse or bitter spell? First, you must have had an encounter with a Gypsy that somehow went awry. Next various unforeseen problems come on quickly, and you just can’t find the get-up-and-go to begin correcting them. Bodily aches and pains coupled with nasty nightmares are also signs.

So now what do you do? Well, there are many recommended spell breakers offered that you can try. Salt and water feature heavily in many suggestions. From a modern perspective, this could be as simple as drawing a salt-water bath that you consecrate and charge with your purpose. Mind you, many contemporary Gypsy Witches prefer blessings to curses any day.

The Colorful World of the Romani 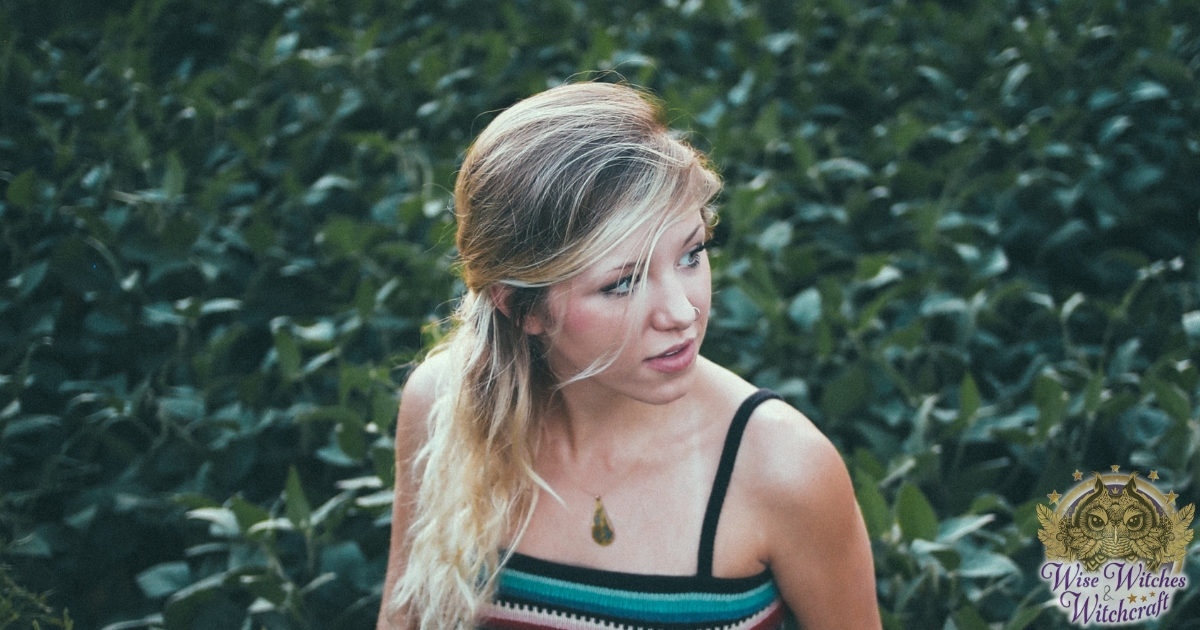 You really can’t talk about the Gypsy Witch without putting him or her into the proper cultural setting. The music of the Romani is flamboyant and often compared to flamenco music with all its passionate undertones. Their food integrates all manner of spices and specially chosen meats, vegetables and/or fruit (depending on availability) to make the plate vibrant in every way. You can find plenty of potato dishes and ones with raisins. You might also find stuffed grape leaves and a side of rabbit. No matter the serving the Romani eat twice a day, serving their meals with the right hand.

Sometimes a Gypsy family amasses enough money for an actual home. The clan selects a territory and build something worthy of a king. The house reflects cultural influences from various places the family visited in their journey.

While there are books on the market about Gypsy magic and methods, they are missing a lot of information. From a traditional standpoint, one cannot simply call themselves a Gypsy since there is a cultural heritage here, and one that the Romani hold sacred. There is a lot of spiritual appropriation in modern magical paths, but the Gypsy Witch of today still values her roots and doesn’t take kindly to pretenders.

Gypsy Witchcraft continues resembling all the methods taught by his or her family. These very same approaches will be taught again to the next generations. The loss of such history would be devastating to any clan. There are still spells, potions and notions and fortune telling thrown in for good measure. A well trained Gypsy Witch has many psychic talents.

Gypsy Witches may interact with other people with spiritual pursuits, but you’re not likely to find a teacher here. The Gypsy’s wisdom is for their own use and that of their kin. Do not take this personally. It is not an insult but rather a means of maintaining congruity … purity (if you will) with their heredity.