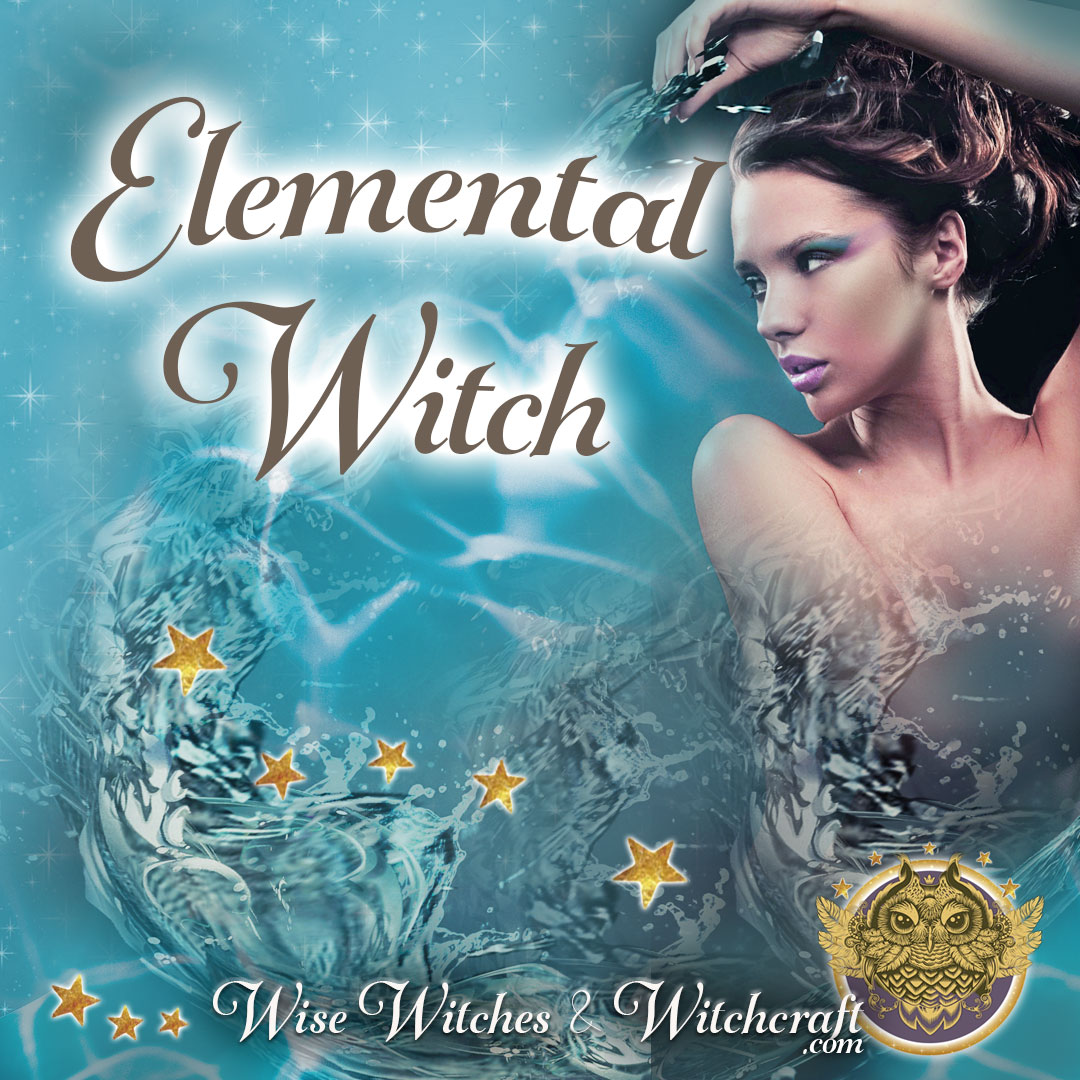 “It is your omen, only you know the meaning. To me, it is but another star in the night.”
― Gerald R. Stanek

The Elemental Witch, as the name implies, invokes elemental energies as an empowering force for magical goals. This is a very dynamic practice because, as we know, Mother Nature can be quite capricious. Consider how water nourishes in the form of rain but destroys in the form of a tsunami, or how a fire warms but also burns. This means that practitioners of Elemental Magic (Magick) need to study and train diligently to wield such power with respect and aptitude.

The Elements are not spirits who can be ordered around casually. In ritual and spell contexts, the Elemental Witch makes a request rather than a demand for assistance. And, in so doing, he or she has to be prepared for the answer to be no! Certainly, such a response is disappointing, but an Elemental Spirit has reasons for such decisions which the Elemental Witch must respect.

What is an Elemental? 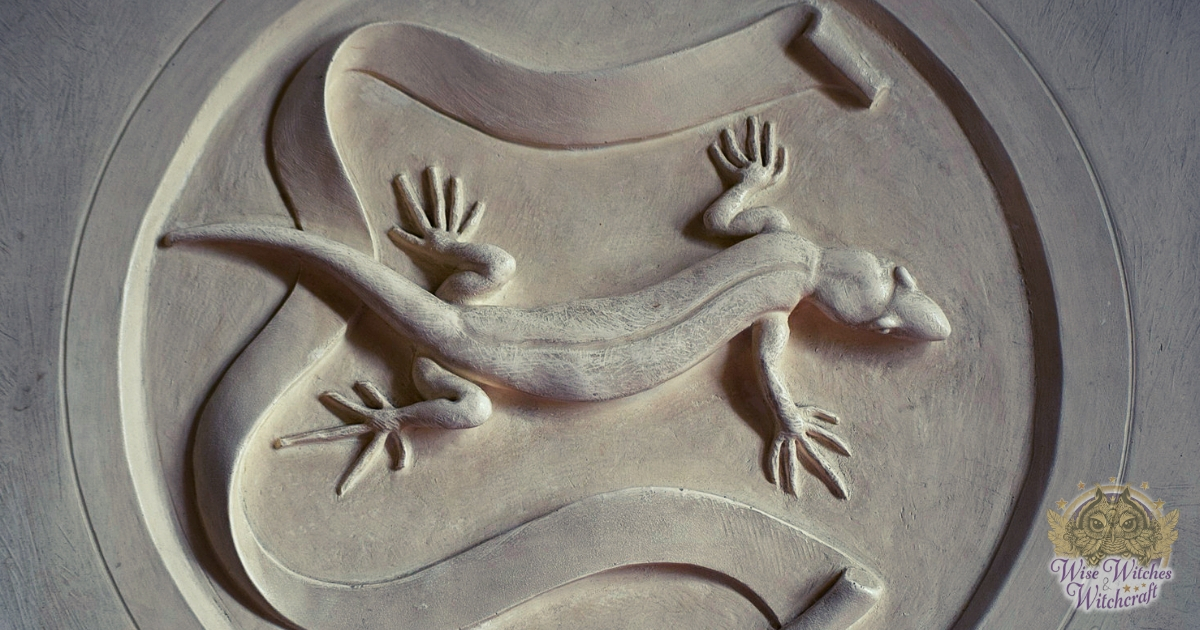 To understand this type of witch’s approach to magic, it helps to understand a little more about how this practitioner sees the Elemental Spirits themselves. The most important lesson in this study is the understanding that Elements are neutral by nature. Such energies can be used for great good or great evil, and sometimes they can rage out of control when someone isn’t suitably trained or prepared. This is why Elemental Witches avoid working with these powers when they are personally angry or feeling negative. That is a recipe for trouble.

An Elemental is a personified natural force that embodies all the associated characteristics of that force. Elementals have associated colors, directions, stones, plants, etc. Using tools suitable to a specific element improves the overall effect of the working. In this case, the Witch is literally creating an environment ideal to the Elemental spirit, and one that honors that presence.

Folklore, myths and animistic practices all have tidbits about the elements and their power. For the Elemental Witch, these energies are the foundation for all of Nature. They are the archetypal cornerstone from which her magic originates.

Alchemy and the Elemental Powers 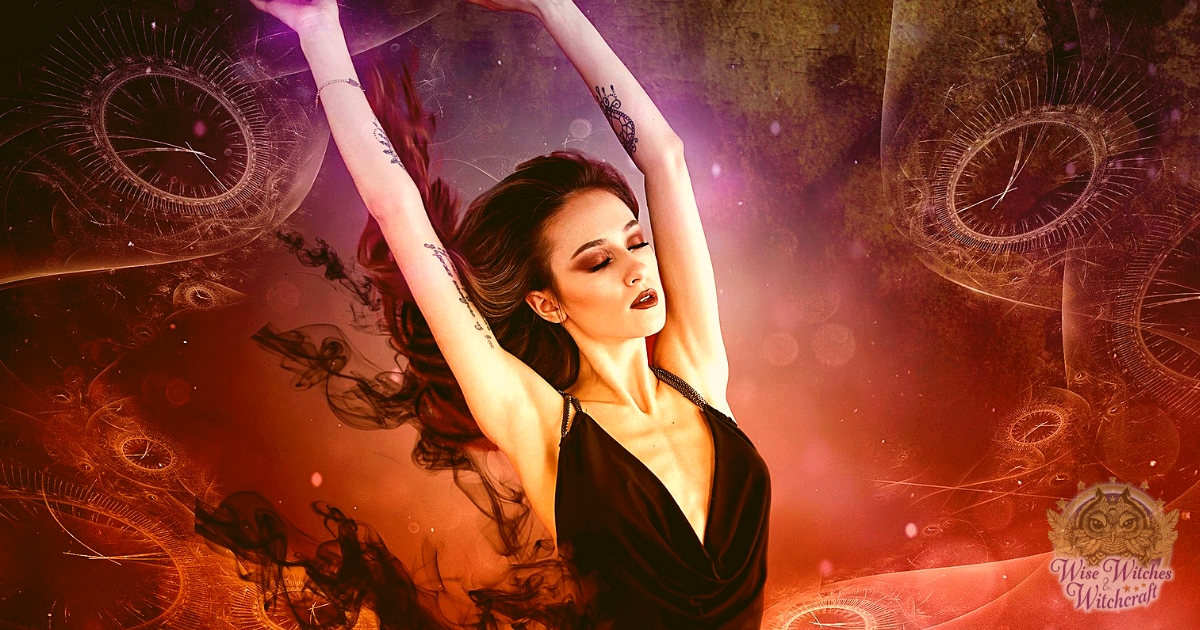 During the Renaissance in Europe, various alchemists and occult practitioners were writing about elemental powers. Paracelsus explained in the 16th century that there are four elemental spirits. Specifically, gnomes corresponded to earth, undines – water, sylphs – air and salamanders – fire. This characterization wasn’t really something new.

Rosicrucians, a 17th-century esoteric order, believed that Elemental Spirits can be seen by humans. This group focused on understanding both the physical and spiritual realms through occult philosophies. For a person to join this order, they underwent a rite of eye purging using an Alchemical substance considered a panacea that also imparted the gift of “sight.” Modern Elemental Witches have been known to discuss sighting various spirits, and also have methods for properly communing with those powers. 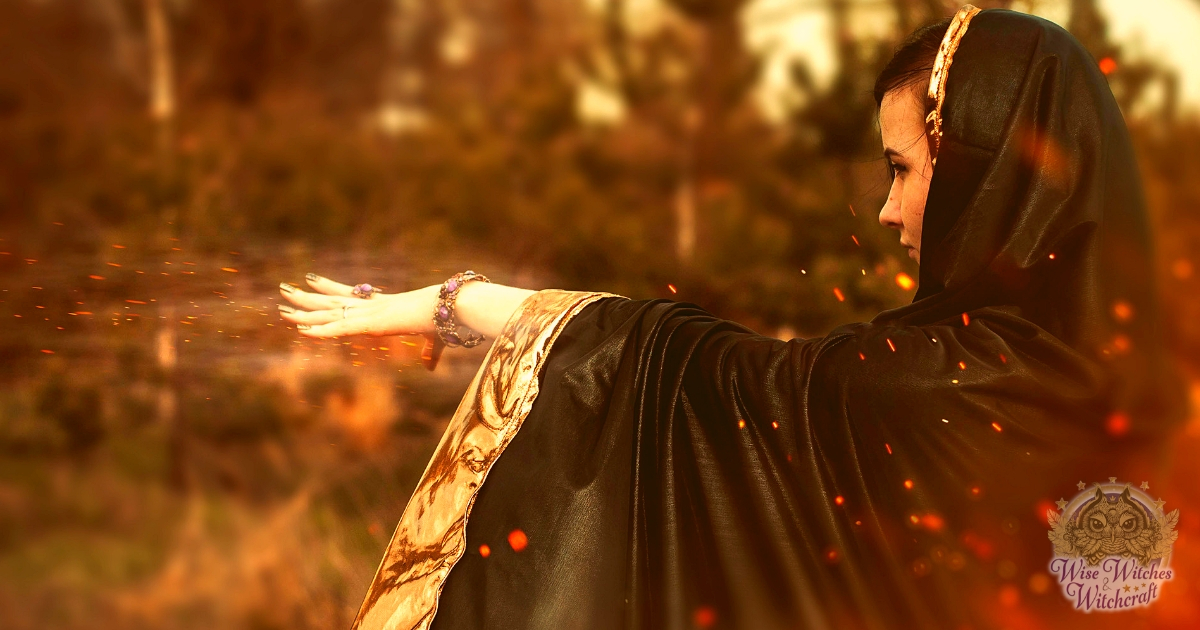 These witch types typically specialize in one specific spirit, often taking years to reach proficiency. Those who work in this manner often avoid utilizing the opposite element in any form of magic (i.e., a Fire Witch may avoid Water magic). This is out of a deep abiding respect for the Elemental Spirit with which they bind themselves.

Each Elemental Witch focuses on the traditional characteristics for spirit regarding magical goals. The Air Witch weaves spells for communication, movement, transformation, and socialization. The Earth Witch has rituals for grounding, fertility, nature magic and growth. The Fire Witch has the knowledge of inspiration, illumination, emotional warmth and passion. The Water witch works with emotional issues, the mysteries, healing, and benevolence. Of course, this is a very simplified overview.

Going one step further some Elemental Witches work with unusual energies. Some may, for example, look to Chinese tradition and focus on wood or metal elements. Others may look to specific forms of traditional elements such as cold and ice (wind and water) or electricity and lightning (emanating from fire). 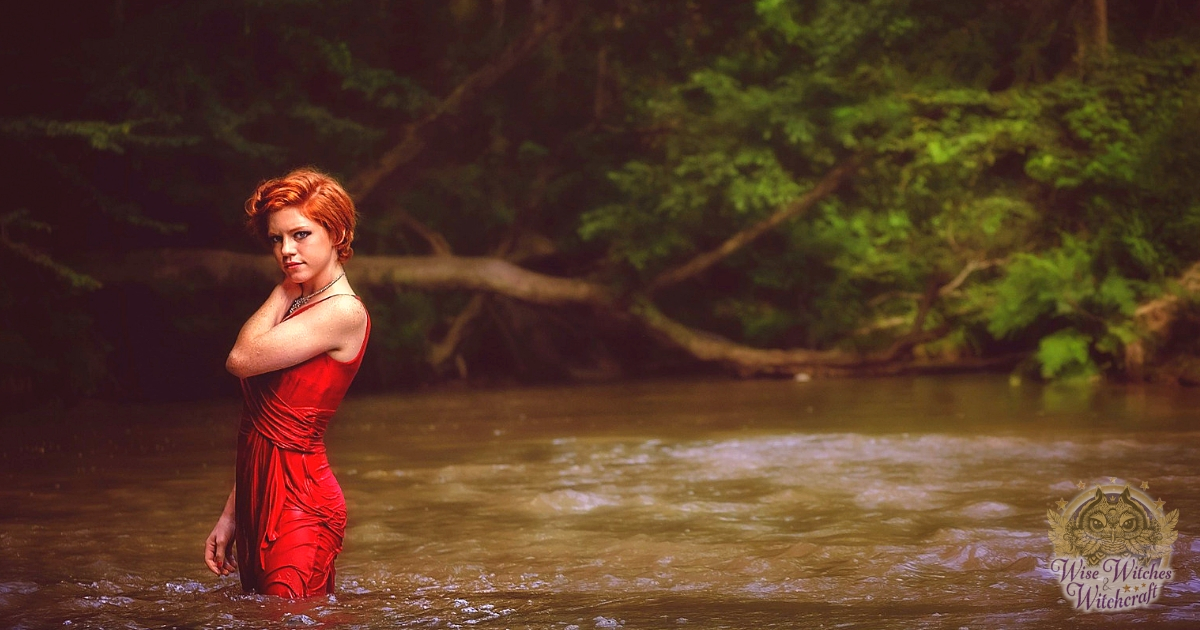 There is no right or wrong in how the witch chooses an Elemental. Or, perhaps it chooses her. It merely boils down to what is most meaningful to the Elemental Witch. In some cases, a practitioner becomes attracted to the element that best resembles their personality. Since Elemental magic works cooperatively between the person and spirit, this decision makes perfect sense. The practitioner already resonates on a vibration compatible with their working Elemental. It is, after all, Elementary!

Symbolism of the Elements for Spells & Ritual 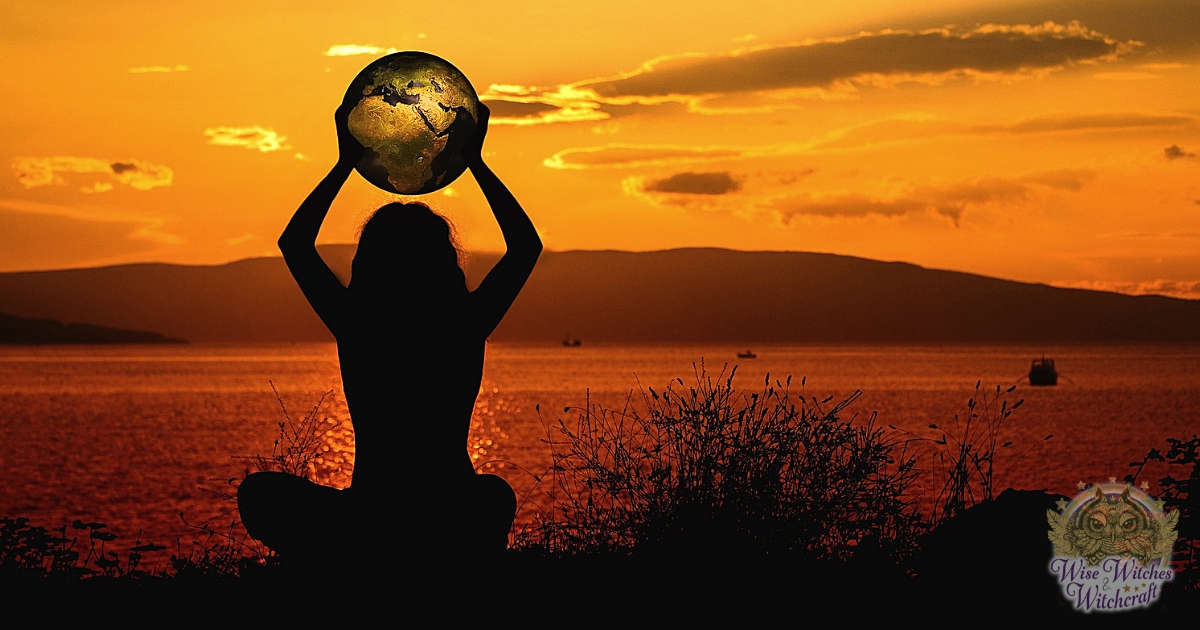 It should be noted that the Elemental Witch does not limit his or her use of the Elements to just Elemental Beings. The symbolism and energy of the elements have an important role in rituals, in spells, in charms… really everything magical. The Earth Element keeps us connected to the physical plane. Earth energies support magic for prosperity, security and bodily health. Earth is considered “feminine,” connected to the Mother Goddess who offers consistency and growth opportunities.

Air is cognitive. It relates to all matters of the mind. Elemental Witches draw on Air when seeking the energy of freedom, intellect, discernment, and imagination. By comparison, Fire is intense, governing our passions, purification, motivation and a drive to create. Finally, the Water element taps into our emotional nature and all those characteristics that lie just beneath our visage. Water cleanses, heals, nourishes.

The Elemental Witch puts all this imagery to good use. The choice of which element may act as a component in a spell, for example, depends on that spell’s goal. You can design a Fire Spell aimed at releasing wishes by burning a written hope on paper and giving it to the flames. It’s smoke leaves on the winds of the Air Element that takes it outward, taking the path it needs for manifestation.

Any Witch or Wiccan can use the Elements in this manner. Green Witches in particular might find this approach very satisfying. For the Elemental Witch, the vibrations in each Element are part of her daily spiritual practices. The more she works with an Element, the greater her understanding and abilities become.

Visit our sister site BuildingBeautifulsouls.com to learn more about the symbolism and meaning of the five magical elements.