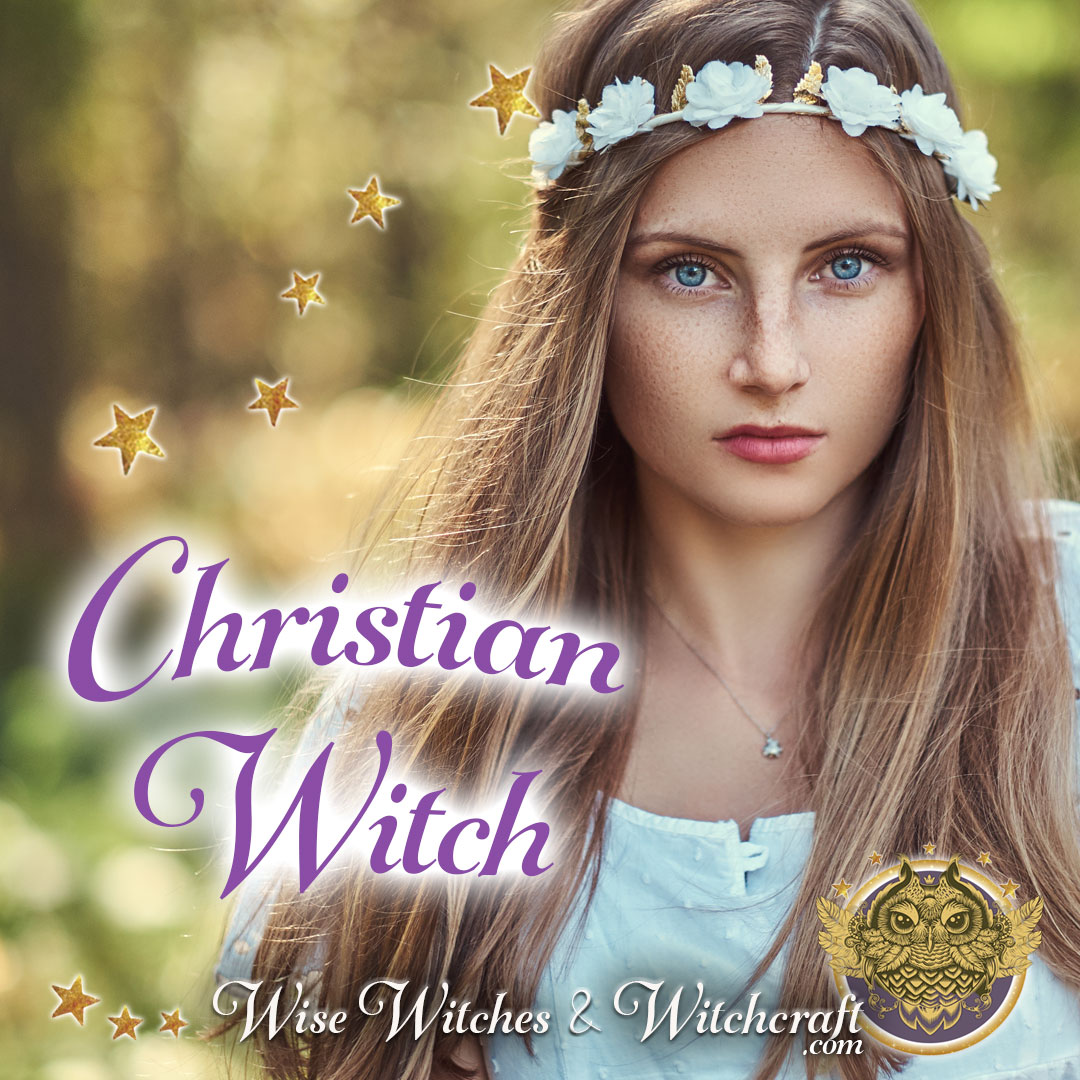 “My First Rule of Witchcraft is DON’T burn the witch.”
Heron Michelle

At first glance, the term “Christian Witch” seems to be an odd dichotomy. Even in the face of modern spiritual diversity many Witches, Wiccans, and Pagans can’t quite wrap their head around the concept that a Christian could be a Witch, or a Witch a Christian. But let’s back up for a moment.

A large majority of the Neo-Pagan population were not born into magic or the Craft. They were Catholic, Jewish, Pentecostal, Baptist… and so the list goes on. At one point in our upbringing, we began to question the parameters of our belief systems, which is how we land in an alternative belief system.

Wicca and Paganism vs. Witchcraft 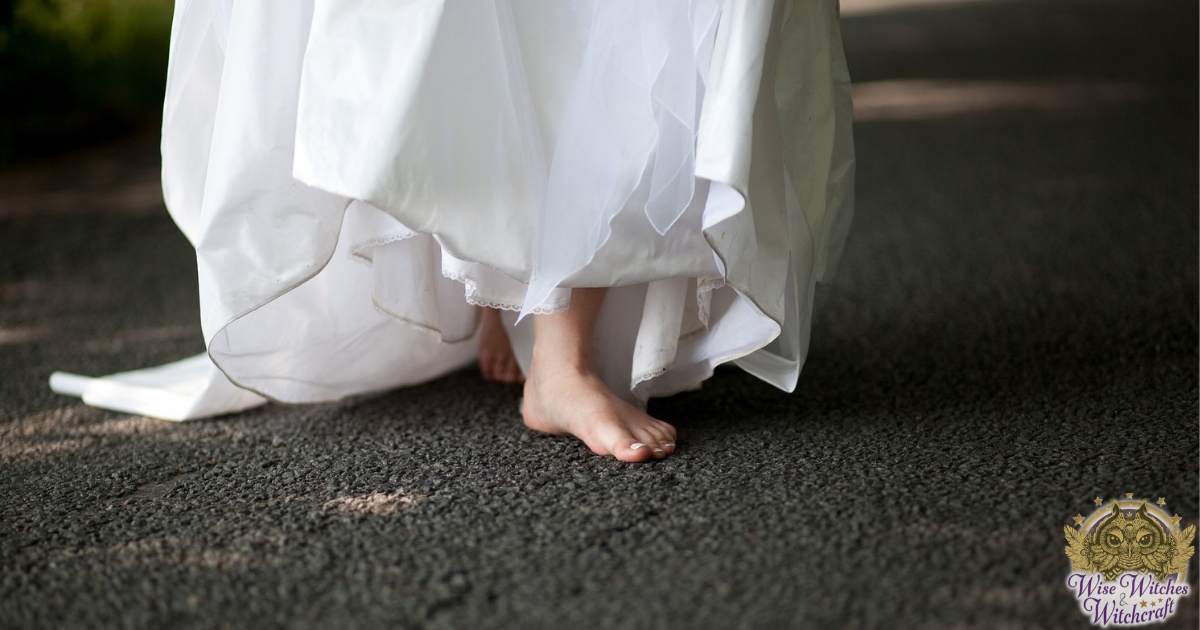 In reviewing Christian Witches, we must first delineate some things. Wiccans, Witches, and Pagans are not the same things. Wicca is a system of faith that allows for many Gods and Goddesses. Witches may not follow any Divine force. Rather they simply look to the energy of the earth for their magical source. Pagans can be either or Monotheistic, Polytheistic or simply Agnostic / Atheistic mages depending on their vantage point.

By this categorization, a Christian could not be a Wiccan because they are not polytheistic. They may, however, be a Witch or a Pagan who uses Jesus and YHWH as their source, inspiration, guide, and teacher. If you think about it, Mother Mary was basically a transformed Goddess figure that appealed to women in a highly masculine-oriented faith. Similarly, some feel that based on the Hebrew language, the Holy Spirit has a feminine energetic signature.

So How Does Christian Witchcraft Work?

Basically, a person who came out of another faith may still find that the foundations of that faith stir their soul. Or, sometimes a person in Neo-Paganism hooks up with ecclesiastical Christians and finds something there that resonates in their spirit. While the idea of Christian Witches may be highly debated in the Craft, it is real and viable to the practitioner. And honestly, considering all the flavors of magic, this lands firmly in the column of possibility.

For the most part, Christian Witches look to Gnostic and Coptic practices as a starting point. They can also take the historical route through the years when Christianity was just making a mark on the Roman world, so magic and the Faith had a lot of overlap.

Bear in mind that Christianity was at first very controversial because it rubbed the orthodox approaches the wrong way (sound familiar?). Meanwhile, Christian leadership was pondering these Pagan folk who claimed they had powers beyond the norm without God playing any role. This set up the scenario for one of two things at least for a while. Either the healers and mystics of both paths worked together or avoided each other. But when it came to helping people, the former seemed to win out particularly in a critical situation. So while a Priest was praying, the village Wise person worked on herbals magically blended in their own way.

Simple people on the sidelines of this controversy were measuring results. Did the priests and monks work better magic? If so, they might convert. But here come the Saints – the stories of miracle workers, many of whom were Gods and Goddesses of a prevalent pantheon (Bridgit comes to mind). So, the designing of Pagan amulets and talismans, invocations and incantations slowly slipped into Christian verbiage.

Then too we have this Jesus dude who really upended everything. In talking about the life and time of Jesus, it appeared that he had the ability to produce loaves and fishes and change water into wine. To the Pagan mind, this was certainly the actions of a well-practiced magician. Again this made Christianity more palatable. Nonetheless, well into the Middle Ages, you find frustrated clerics speaking of how people might bow their heads at a church doorway and then solute the sun thereafter! Going one step further there are numerous instances in the Bible and historical writings that feel YHWH was a reformed Sun God. Psalm 84:11, for example, says “For the Lord God is a sun and shield.” Jesus also declared in John 8:12 that “I am the light of the world.” Jesus’s story looks very similar to that of dying and rising gods in Paganism (Attis, Tammuz, Osiris) as well bearing influences by the Mithra Cult, which was flourishing in the 2nd and 3rd century CE. December 25 did not become Jesus’ birthday until the 5th century. Before that, the Romans named it after their Sun God, Sol Invictus.

As trade routes flourished so did the stories of Gods, Goddesses, and Jesus. What people publicly accepted and what they did in private, however, were often two different things.

Coptic Spells and the Christian Witch 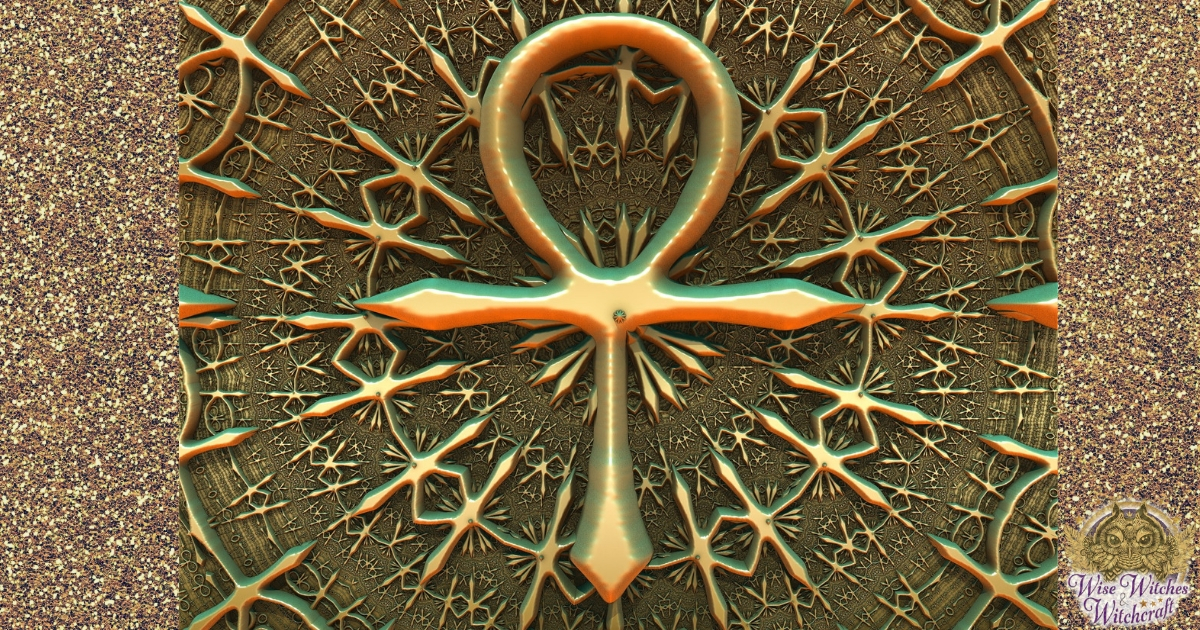 Both the Gnostic and Coptic approaches to the Faith had strong overtones of ancient Pagan tradition. Certainly, the name of a patron God became Jesus or “Lord of Lords.” And then the incantation would go on to recitations of the Trinity, apostles, and archangels. There were documented approaches for achieving a goal through this incantation including keeping a woman from sexual advances, returning a stolen object, driving away evil and extracting justice.

What’s interesting is that if someone worded their incantation just right it could skirt under Christian criticism. In Egypt, for example, they may talk of an angel spreading wings over the land to find a personal belonging. Peeking at Egyptian mythology we find Maat, the Goddess of Justice, often depicted with wings. She also used an ostrich feather to weigh the human soul. So, the Egyptian followers could easily digest the symbolism here without converting whatsoever. 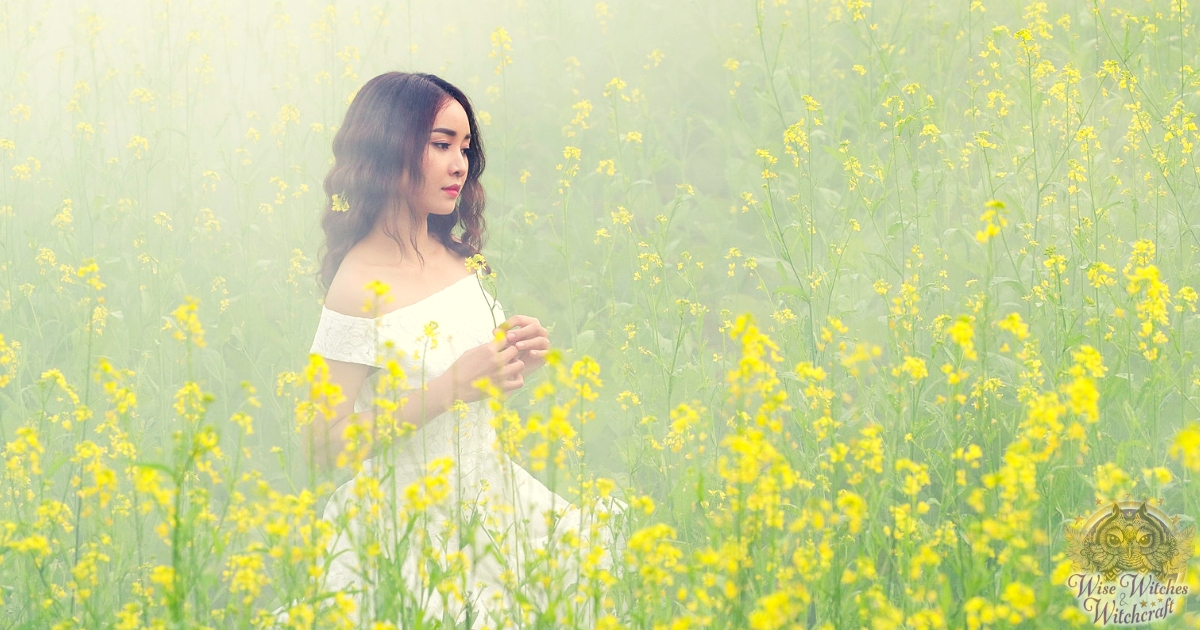 At first, the title to this section was “modern reinvention” but truthfully there are bits of magic that have been part of Christianity for a very long time. So, the best way to understand all this is by talking to practitioners and see how they blend these two things together.

First, some prefer the name Light-Worker, which also implies working with angels. The “light” is a powerful symbol in many occult traditions. Even Pagans speak of guardian spirits and helpers in many forms.

Second, their Patron is YHWH (usually as a three-form being). The triple God or Goddess concept also mirrors some Witchcraft and Pagan ideologies.

Third, Christian Witches feel the energy of the Divine as others feel their magic or a time of communion with a Patron or Patroness. No conflict here.

Christian Witches struggle with labels. What do they say to someone when asked about spirituality? While it is no one’s business, it’s still a sticky wicket, just as it is for many people in occult traditions.

The Christian Witch typically isn’t hung up on specific dogma from the past. Many Wiccans and Witches try to avoid that trap too. Nonetheless, there are some precepts and convictions that drive all of us forward toward our spiritual goal.

The Christian Witch has chosen his or her pantheon. It just happens to be from the Christian tradition. We call on Roman Gods and Goddesses, Native American Honored Spirits, Ancestors, Master Teachers, Devas… really making a defining line here would be nitpicking.

Practices of a Christian Witch 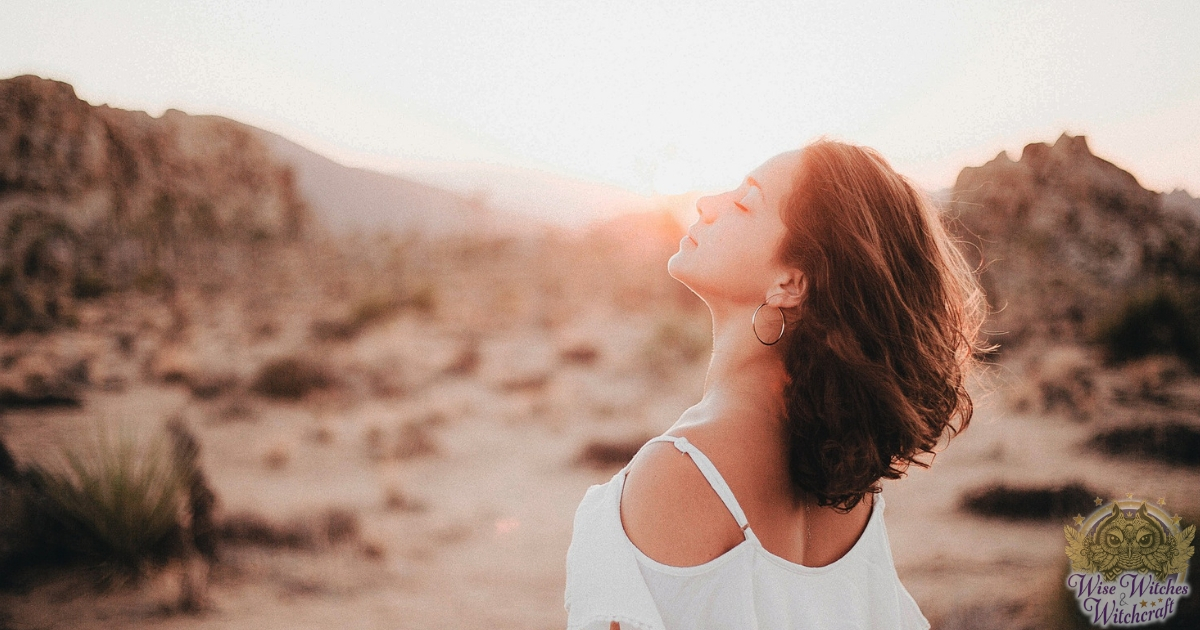 Just like other magical paths each person who is a Christian Witch defines themselves a little differently. However, these are some examples of conventions collected from practitioners.

To this foundation, there may be some personal witchy additions like:

The list goes on, but you can see the correlations.

What is a Christian Witch: Oxymoron, Contrary or Simply Different? 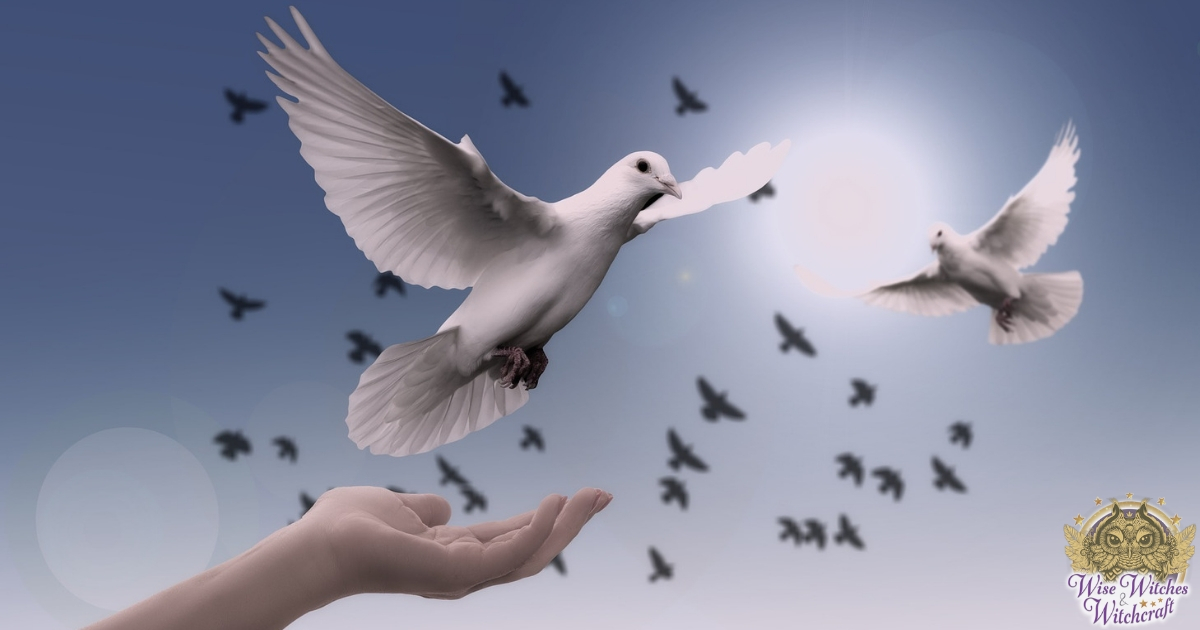 A person who has Odin as a Patron may not clearly understand someone who follows Isis. Those who practice skyclad might think ritual robes are restrictive.

Invocations call on energetic patterns, spirits, for protection just like the Christian Witch entreats Saints and Angels. The altar is a central component to a ritual where Universal power coalesces.

If we consider ourselves open-minded and eclectic, then the metaphysical community certainly has room for Christian Witches as another facet in our diversity. Once the initial reaction to the term “Christian Witch” settles, then we can celebrate the parallels, which represent an important cooperative time between Pagans, Witches and Christianity.