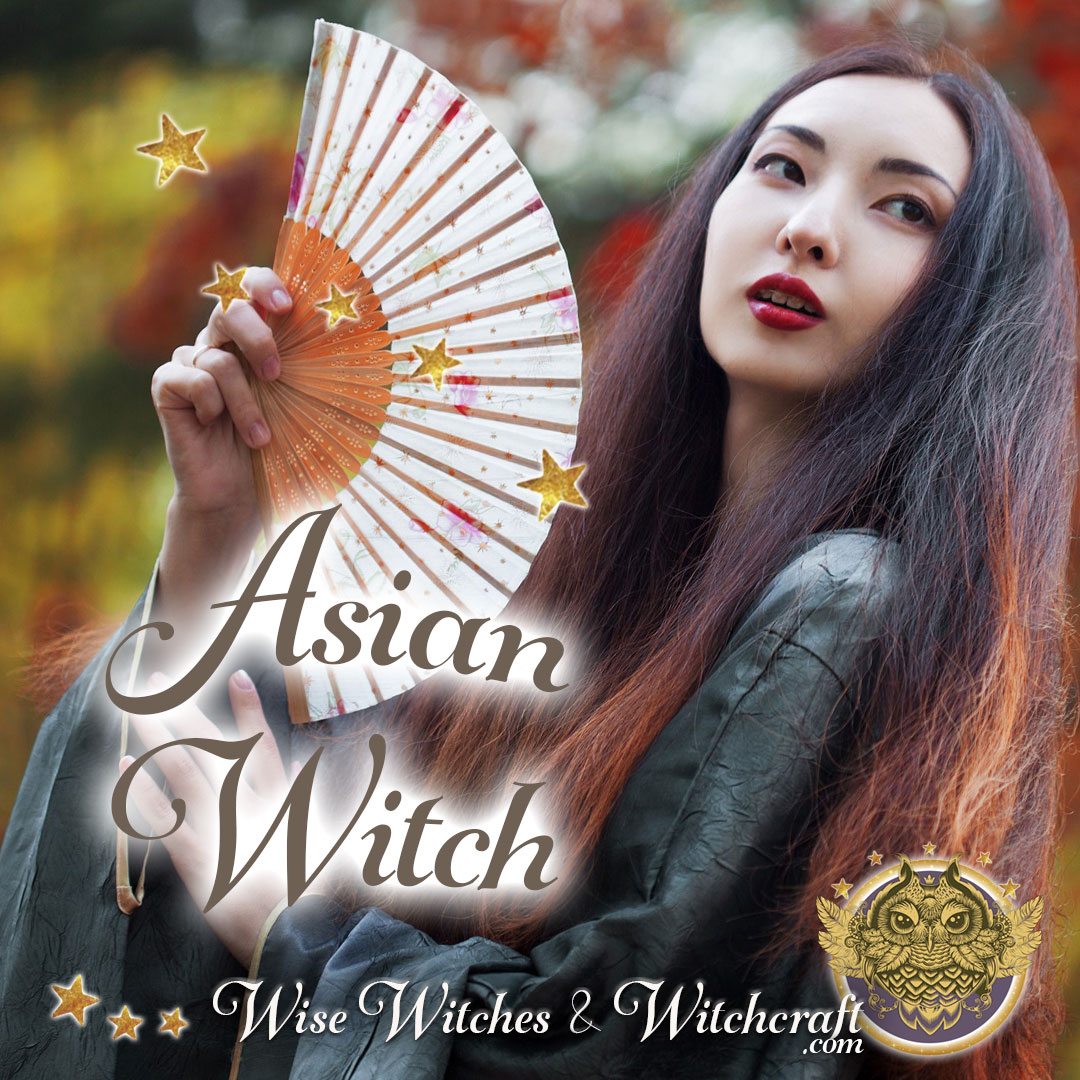 “Witches don’t look like anything. Witches are. Witches do.”
-Franny Billingsley

When you think of Far Eastern spirituality, discovering witchcraft isn’t really expected. Yet various religious and historical texts (along with rich Asian folklore) tell us something astounding. The Asian Witch was welcome in society for the most part. They also never really had wicked connotations attached to them, as did the Witches in Europe, until later in history. More interesting still, we discover Shamanic Witches among the various types of magic.

A Magickal Tour of Asian Witchcraft 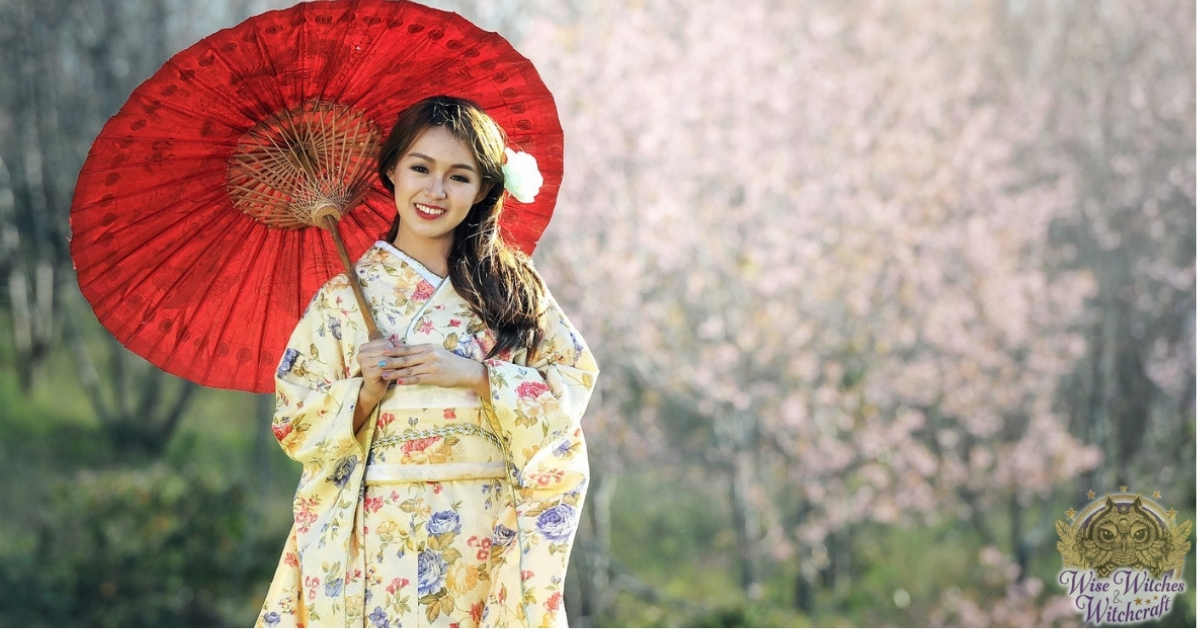 Asian Witchcraft sprouted up throughout Asia in a variety of settings. Here are just a few (with more details to follow):

A Closer Look at Asian Witchcraft in Japan 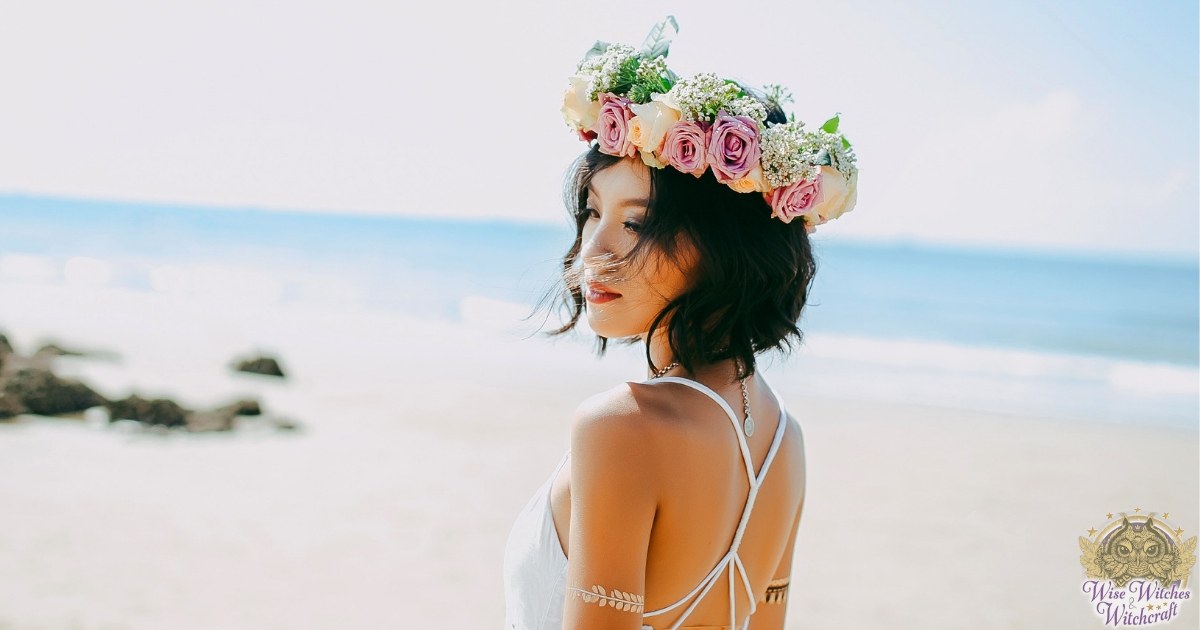 Superstition is not something isolated to the Western World. The ancient Japanese people associated a variety of problems with malevolent spirits. There were also individuals (and entire families) said to keep a Spirit Being as a helpful familiar that brings good fortune. This windfall visits the family but may also extend to people of whom the family “approved.” If you were disliked – then your luck was terrible. As you can imagine, such a family was both respected and feared.

When magickally bound to kin, women in the family line inherit this Spirit. It cannot be dismissed or rejected. Kind of like DNA, once you seized this Being it stays with you forever. Because of this lineage, people believed that women made better witches.

The Western Witch’s approach to familiar spirits is a little different from Asian Witches in that they appear in the form of a companion animal like a dog or cat. Cunning people treated these entities with the utmost kindness and appreciation. The Witch does not own the familiar but instead works in partnership with them.

One of the most important figures in Japanese magic is the Fox spirit. Certain Witches (kitsune-tsukai) make pacts with the Fox (often with a little gift to sweeten the deal). Once an agreement is reached Fox can help the Witch greatly, particularly with illusions and shapeshifting. The only caution in this practice is that Fox is a trickster so the magician may get more than they bargained for.

Go to our sister site whatismyspiritanimal.com To learn more about Fox and other Animal Spirits and Totems.

Zoom In: Asian Witchcraft in China 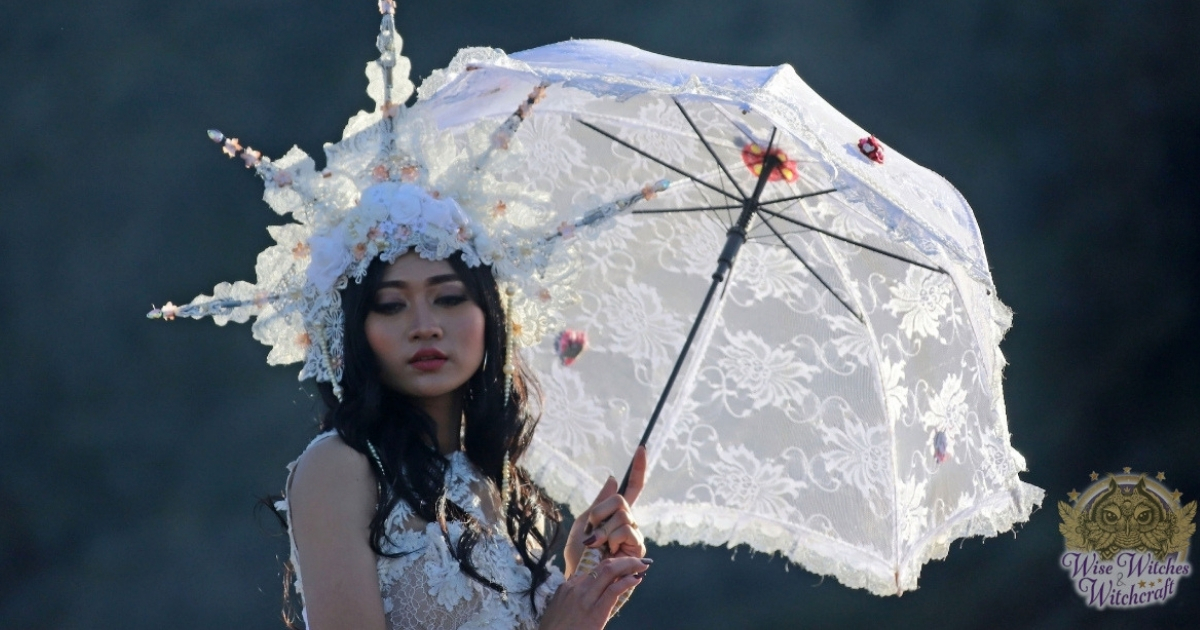 If you look back in time to the Shang Dynasty, you will find the descriptive term Wu, that translates as either a shaman, sorceress or wizard. The Wu could be any gender. This Asian Witch was adept at rituals sometimes with the aid of Ancestral Gods through trance dancing. The Wu also dabbled in Elemental Witchery seeing the divine energy in all of nature. This basic approach to magic stayed firmly in place until China became more agrarian. This shifted attention away from Ancestral worship to focusing magical practices and beliefs more toward the land.

Historical texts tell us of a bone oracle, the I Ching, that the Wu used for divination. They also relay stories of women who danced as a way of calling down the Gods (much as Drawing Down the Moon). As an interesting aside there is another word in Chinese that sounds like Wu and means to dance. Asian Shamanic Witches illustrated nearly universal magical practices including healing with herbs, Weather Witchery, dream interpretation, studies of Alchemy and leaving offerings to personal spirits in thankfulness. Scholars believe that the Chinese Shamanic Witches paved the way for much of Taoism.

[wisew_rectangle_large align=”left”]The sacred stone common to Asian Witches in China was Jade. Yellow Jade assisted with earth-centered magic, while blue Jade reached toward the heavens. Many witches and other notable people wore Jade because it represented Confucian qualities such as bravery, humility, kindness, and fairness. Jade was also a natural amulet that protected the bearer’s body from harm.

Today Wu continue as a presence in Chinese Culture. They are clairvoyants, diviners, charm weavers and banishers of malevolent spirits.

Visit our Sister Site Building Beautiful Souls if you want to learn more about the symbolism, meaning and uses of Jade and other healing crystals and stones.

Another surprising appearance of the Asian Witch is in Islam. Here the belief in magic runs deep, and practicing dark magic is forbidden. The Witch in this setting used magic to help people ward themselves from the evil eye and create various types of amulets. Other mystical practices here include conjuring spirits, reading Astrological signs and omens, and determining a person’s character from their facial characteristics (physiognomy). Spellcasting was also used, and it included verses of the Quran as incantations. Magical “miracles” were left to the sphere of Prophets and Messengers, as they are doing Allah’s work. 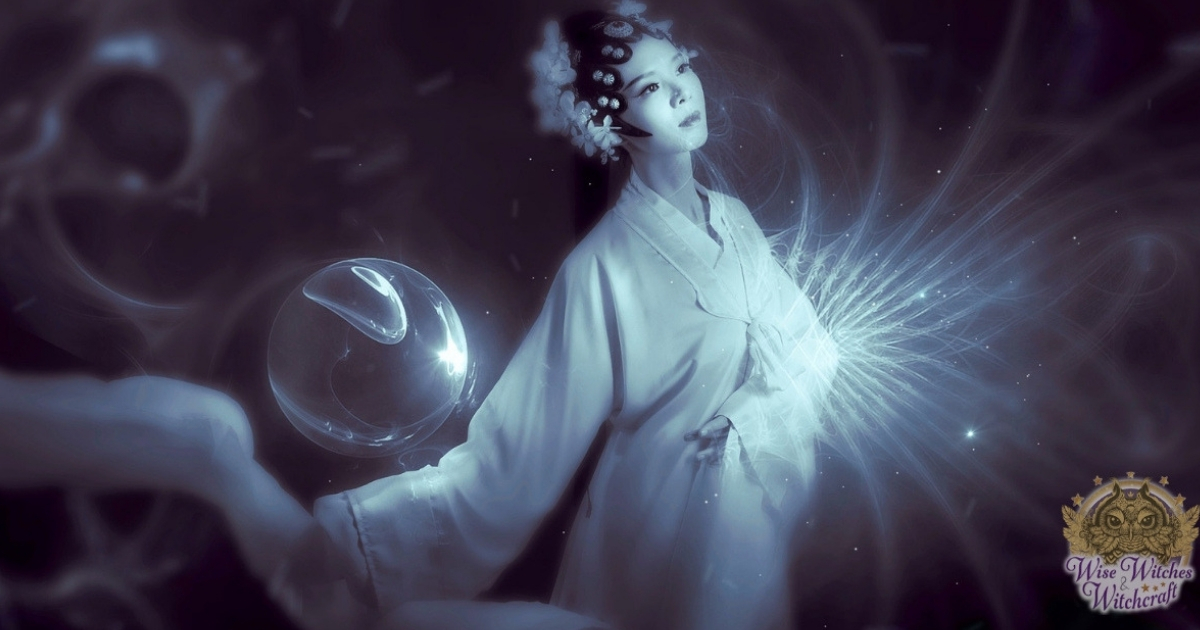 The Asian witch uses many of the same methods as does the Western Witch. They cast spells, brew up potions, create poppets, divine the future, and whip up magic for luck, health and love. Then too, there are local influences on the Asian Witch. In modern practices, most who choose this type of magic have family ties that inspire their investigation. This makes perfect sense utilizing a defined cultural tradition effectively one must see it from that specific setting and perspective. This doesn’t mean personalization cannot happen, but rather that the fundamental magical framework should be solidly Asian in attitude and spiritual lifestyle.