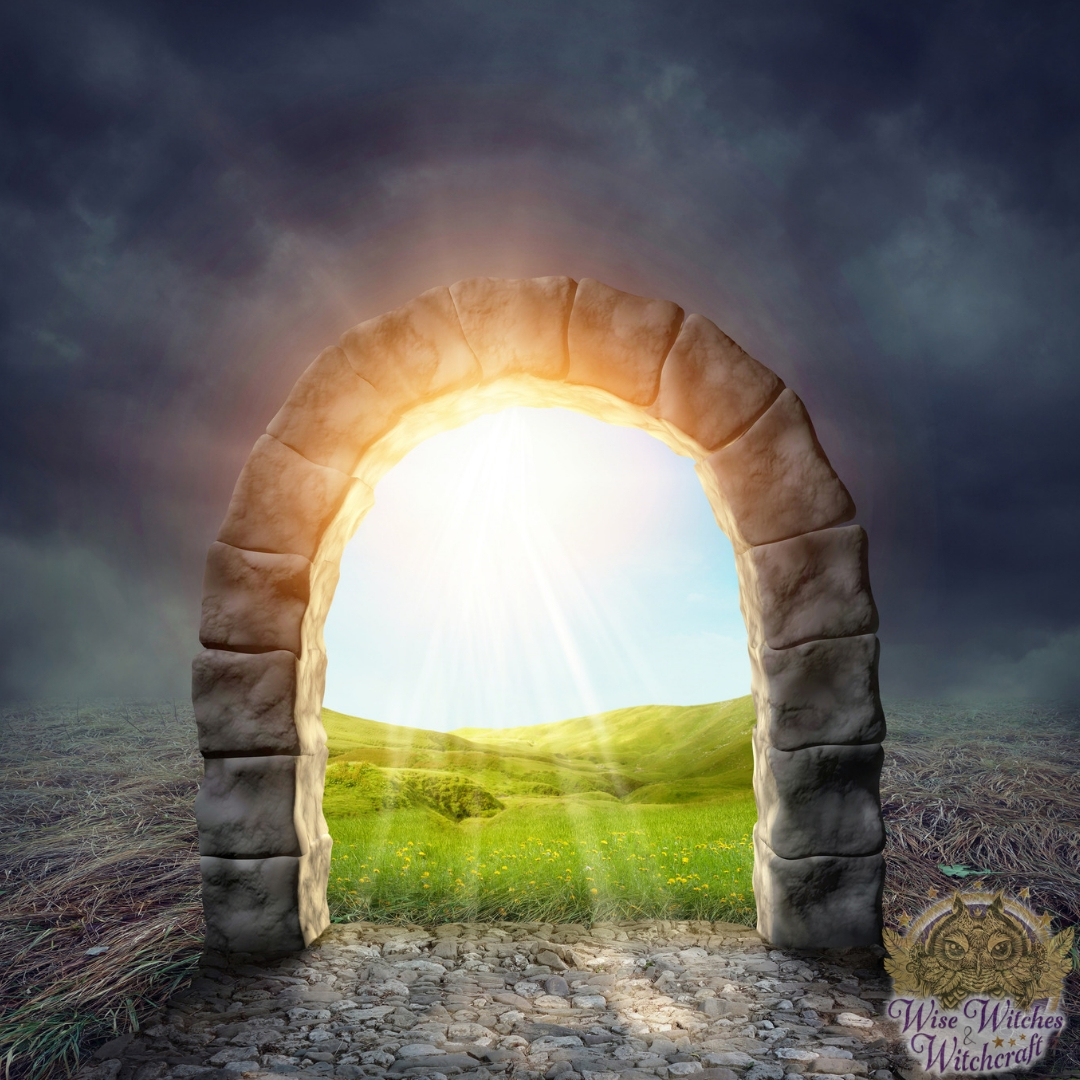 “This is what rituals are for. We do spiritual ceremonies as human beings to create a safe resting place for our most complicated feelings of joy or trauma so that we don’t have to haul those feelings around with us forever, weighing us down”.
– Elizabeth Gilbert

The word ritual makes some people uncomfortable. They’re reminded of lengthy church services, uncomfortable pews, and the seemingly unending drone of someone at the pulpit. Magickal ritual isn’t like that, and you don’t need a priest or priestess to enact one. For one thing, you are your own guru and guide in your spiritual Life. For another, you already enact rituals every day without even knowing it. 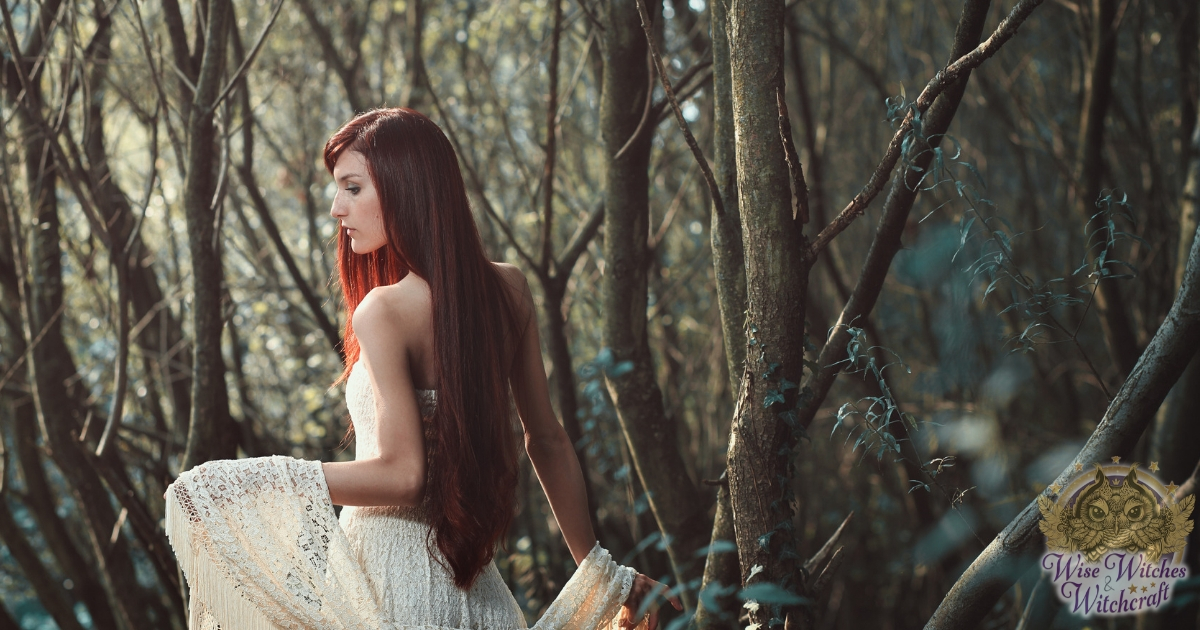 Think of what you do first thing in the morning. What path do you take through the house? What cup do you use? What route do you follow to work? Do you see a definite pattern there? That’s your ritual. Human nature seeks out patterns and coherency, so we naturally create mini-rituals in various mundane activities. This, in turn, provides us with a sense of dependability. Have you ever noticed that when something throws off your morning routine, the whole day seems askew? That’s because the “ritual” flow with which you’re comfortable has been broken momentarily. 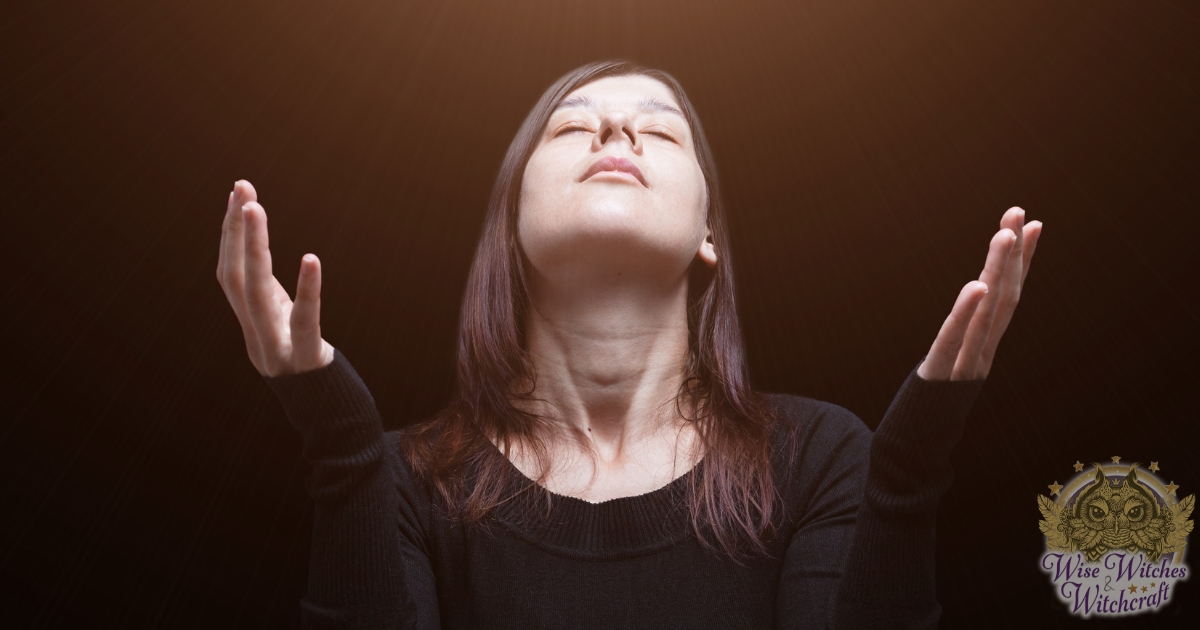 What is the difference between our mundane rituals and metaphysical ones? Mainly intention. Magickal ritual acts like a carefully crafted plan that tells the Universe how you want your energy manifesting. Everything in and around that blueprint reflects the practitioner’s goals. What might those goals be?

In short, private rituals help us fulfill our role as the priest or priestess in our lives. It also strengthens our connection to the spiritual world. 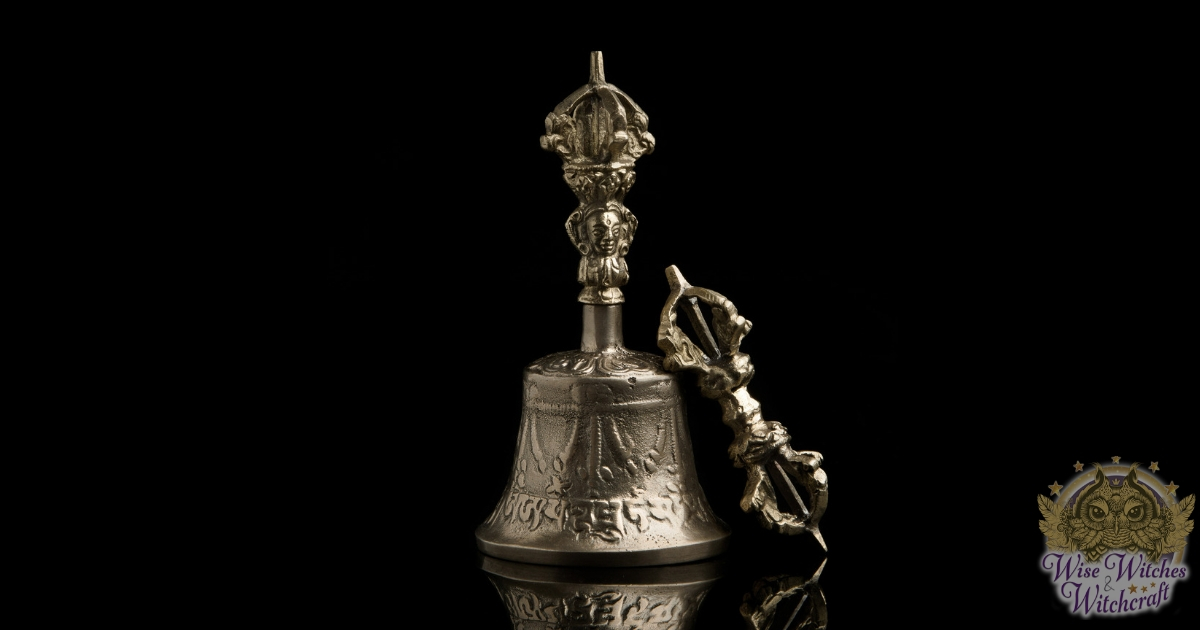 Like everything else in a vision-filled tradition, there will always be someone, somewhere, ready to tell you how to enact ritual precisely. Some schools of magick, like Alexndrian Wicca, have protocols for ritual, other like Eclectic Wicca do not. Some practitioners work in a group setting; others like Solitary Wiccans do not. And some folks just fly by the seat of their broomstick and wing it when spontaneous needs arise. Is there a right or wrong to this? Absolutely not. But this does make it difficult to adequately explain successful ritual constructs to newer practitioners. 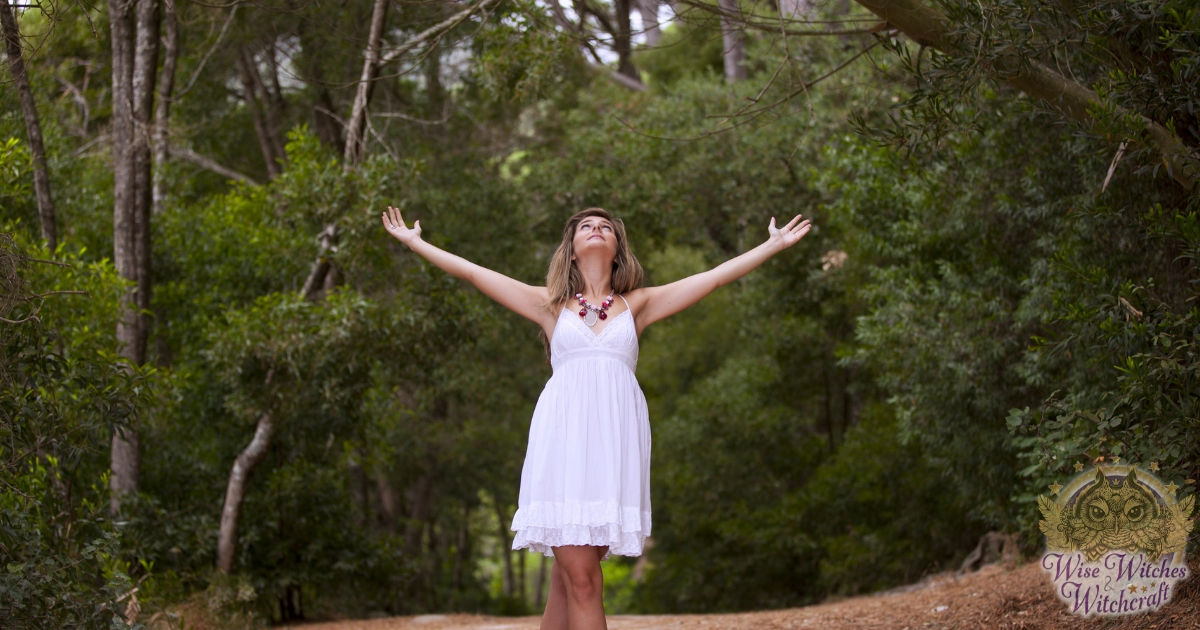 What makes one ritual work and another flop? As with meditation, you’ll want to try various parts of basic ritual recipes and see which ones bake up the perfect. Think of ritual as if it were a living theater production in which you have to put the pieces into the right places. These pieces can consist of actions like dancing, singing, chanting, drumming, casting spells, meditating, and ritual plays. The props may be objects or decorative items like costumes, masks, candles, incense, ritual tools, and crystals. And don’t forget one especially important “actor”-you.

Before you even consider how to put together the key elements of your ritual, all these puzzle pieces should be properly prepared. This means that you should be rested and healthy and that any ritual objects you choose are properly cleansed. Magick always flows better through a pure vessel.

Basics of designing a ritual include considering:

Besides these, rituals need an opening, a body, and an ending. How will you open the ritual so that you and all those participating can tune into sacred energies and put worldly thoughts behind? One common way is by creating sacred space. Other ways include prayer, candle lighting, meditation, and chanting.

The body of your ritual is what builds the energy. The actions taking place now are critical. As with spellcraft, if any action doesn’t fit or make sense, it won’t produce power. For example, if you’re enacting a ritual to halt gossip, a lot of talking in the body of the ritual doesn’t make sense. Rather, any spells might be better done in silence, even as you want to silence the gossip. Again, it’s coherency in thought (will) and action that counts here.

As for closing, this is the time during which participants switch back their awareness toward mundane things. Whatever happens at the closing should, well, provide closure. You want a sense that while the Circle is over, the magic continues. Some traditional parts of closing include dismissing the quarters, blowing out candles, and, in a witch’s coven setting, saying something like “Merry meet, merry part, and merry meet again.” 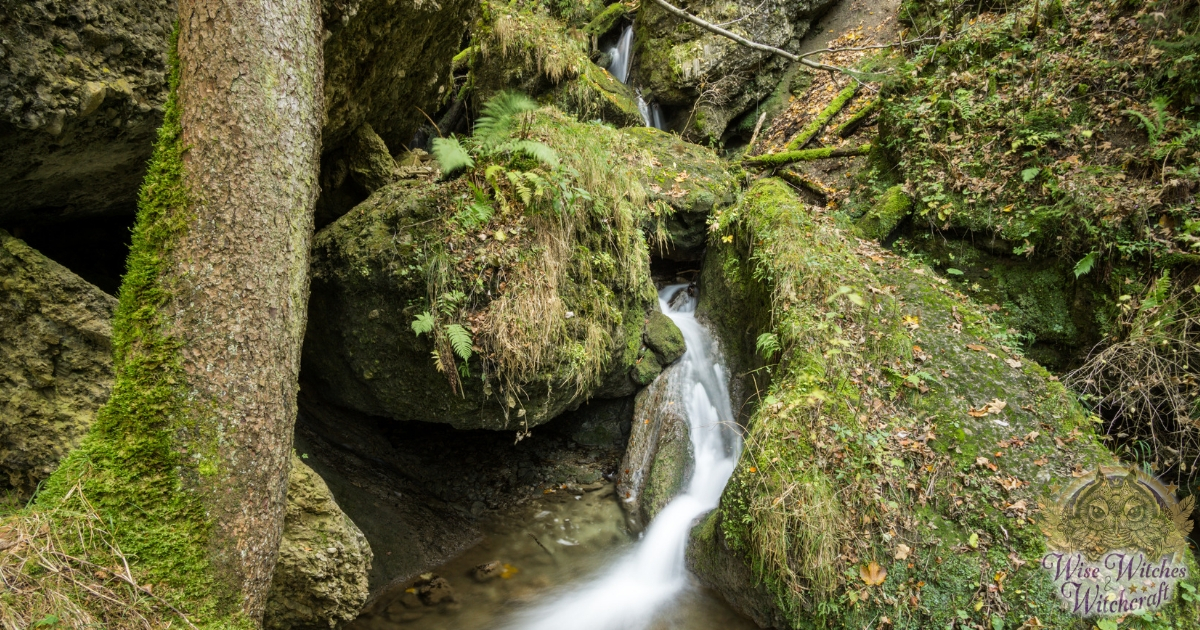 Many magickal rituals take place in what’s called sacred space. If you’ve ever walked into a church and felt an odd, holy hush fall over your heart and soul, you’ve experienced sacred space. Sacred space acts as a protective sphere between realities. Within that region, you are beyond time and space. Here you can safely mix and mingling temporal and eternal energies turning them into focused magic.

Creating sacred space begins with an invocation or prayer calling upon the powers that inhabit specific regions of the Earth (North, South, East, West) requesting that they watch over and guide the ritual. Their energies combined create the protective shield around your space. Note, however, that this is an invitation, not a command. The Elements are akin to Demigods and deserving our respect.

Most invocations begin in the East (the place of dawn) and proceed clockwise or sunward. The only exception to this comes when someone is doing a banishing or lessening ritual, at which time the invocation begins counterclockwise or widdershins. Moving sunward inspires blessings while moving counterclockwise unwinds a specific energy form. Here’s one example of an invocation:

“Powers of the East and Air
I offer a bridge and open the way
Come to bless and protect this rite
With winds of inspiration and hope.”

“Powers of the South and Fire
I offer a bridge and open the way
Come to bless and protect this rite
With the spark of enlightenment and magick.”

“Powers of the West and Water
I offer a bridge and open the way
Come to bless and protect this rite
With waves of healing and creativity.”

“Powers of the North and Earth
I offer a bridge and open the way
Come to bless and protect this rite
With soils of growth and firm foundations.
So be it.”

Some Witches and Wiccans close the ritual by dismissing the Quarters moving counterclockwise. Starting in the North and following to West, South, and East you might say something like:

“To the North corner of creation,
I send my thanks and gratitude
Stay if you will, go if you must.
So mote it be.”

Replace the word “North” with each of the other directions as you move to that space. As a nice finishing touch, move to the center of your magic circle. This is the space that represents Spirit and say:

“North and South, East and West
Thank you for all that you have blessed!
Earth and Air, Fire and Sea
Go on your way−blessed be!”

After the ritual take some time to ground yourself. A light snack doesn’t hurt. Magic is hungry work!

Based on the “Little Book of Mirror Magic,” by Patricia Telesco. All rights reserved. 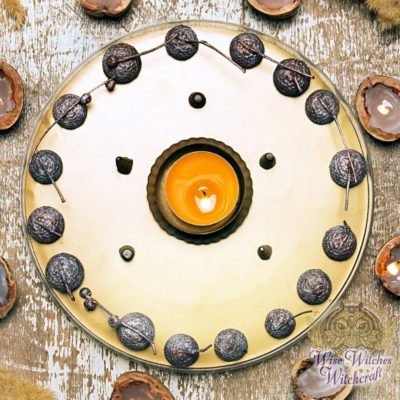 “To the poet, to the philosopher, to the saint, all things are friendly and sacred, all events profitable, all... 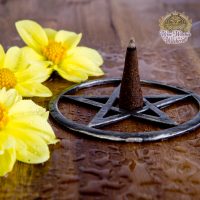 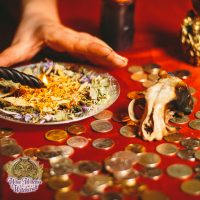 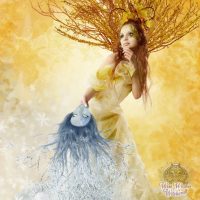