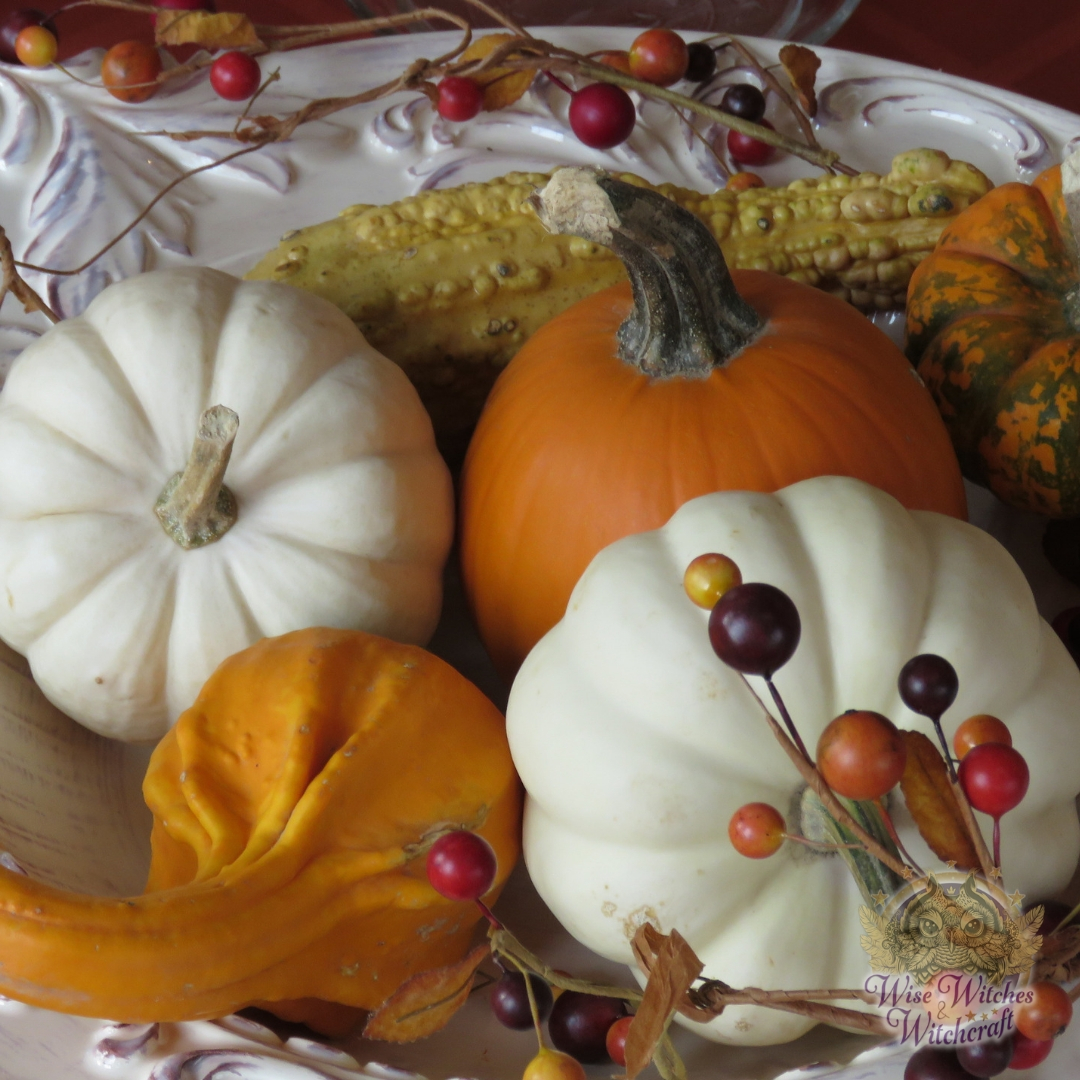 “I was born on the night of Samhain, when the barrier between the worlds is whisper-thin and when magic, old magic, sings its heady and sweet song to anyone who cares to hear it.”
― Carolyn MacCullough

Halloween is probably the most popular holiday for Pagans, Wiccans, Witches, and other magical practitioners. In the seasonal round of holidays, Halloween (also known as Samhain or the Feast of the Dead) is our New Year. As with any “in-between” moment in the year, it’s felt that all manner of spirits could visit mortals and enjoy their company for a while.

Ancient Beginnings of Halloween or Samhain 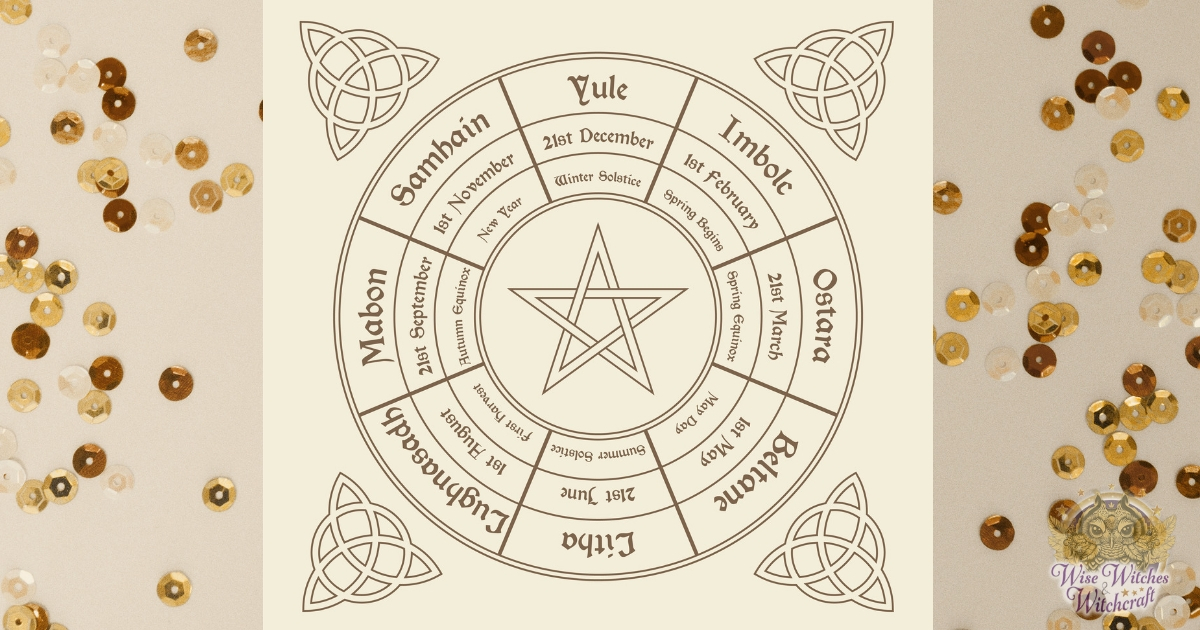 The celebration known as Samhain began with the Celts some 2,000 years ago. On All Hallows Eve bonfires burned across the land warding off ghosts and other mischievous imps. Summer was at its end, the harvest was done and the shortening of days was ahead.

While protecting themselves from freelance phantasms, people were also doing a fair amount of prognostication. The idea was that since the veil between worlds was thin, seers like the Druids would have much better insights. Most folks just wanted some insights into surviving the coming winter months.

Samhain and the Roman Empire

When the Romans took over the Celtic lands, they mixed and mingled two holidays with that of Samhain – namely Feralia and Pomona. Feralia came toward the end of the October as a festival of the dead, and Pomona honored the Goddess of fruit trees. An apple represented Pomona in Roman art, and we still have the custom of bobbing for apples on Halloween (perhaps to bite into a little good luck).

When Christianity moved into the neighborhood All Martyrs’ Day took place on November 1st. In the 9th century. All Souls’ Day followed on the 2nd. The timing of both of these observances wasn’t random. The Church hoped to find a way of drawing the Celts away from paganism. One of the easiest ways of doing that was hosting a holiday similar to what already existed, on the same date, but with Christian adjustments.

The use of costumes for holidays and observances is nearly as old as humankind itself. In the case of Halloween, historians believe that the ancient wore costumes as a ruse. They wanted to keep their identity secret from any spirits looking for trouble.

We see more identifiable remnants of Halloween Costumes in the 16th century. At that time the custom was called “guising” (i.e., being in disguise). People went from house to house singing or dancing in exchange for food. Both the giver and recipient of treats was insured of good fortune.

Around the 19th century in Scotland, some changes were happening. Folks still traveled from house to house but warned of mischief if they were not welcome. In North America, costumes appeared at Halloween in the early 1900s. Costumes at the time were monstrous, often depicting supernatural bugs. It was 1927 when the phrase “trick or treat” was first penned for a new article. The report spoke of light-hearted fun like moving someone’s barrel, and children acting like pirates looking treasure while singing, “Trick or treat.”

It seems we have Christians to thank for the sweet element of Halloween. In this case, poor people went door to door in costume, saying prayers and singing songs for “soal” cakes, coins, ale or whatever the homeowner offered. This was an act of mercy and kindness. But why a cake? Because before this custom, people left food and beverages at gave sites, appeasing deceased family members. This was a late sociological reflection of Ancestor worship.

Get that Party Started

In the 1920s Halloween was a wholly secular activity centered around all manner of entertainment. Schools and communities celebrated with decorations, parades, and gatherings. This was definitely a day for the children. Trick-or-treating was in grand form. Would you believe from such simple folk traditions a billion dollar industry was born?

One of the favorite pastimes during a Halloween party was using various divination methods aimed at finding a match made in heaven. Scottish tradition said if you named hazelnuts after your suitors and tossed them into the fire, the nut that burned completely was the lucky guy. Another approach was tossing apple peels over one’s shoulder (hearkening back to Pomona). The shape of the peel upon landing represented an initial in a future husband’s name. These were very charming customs, and people enacting them probably never knew their ties to the Druids of old. 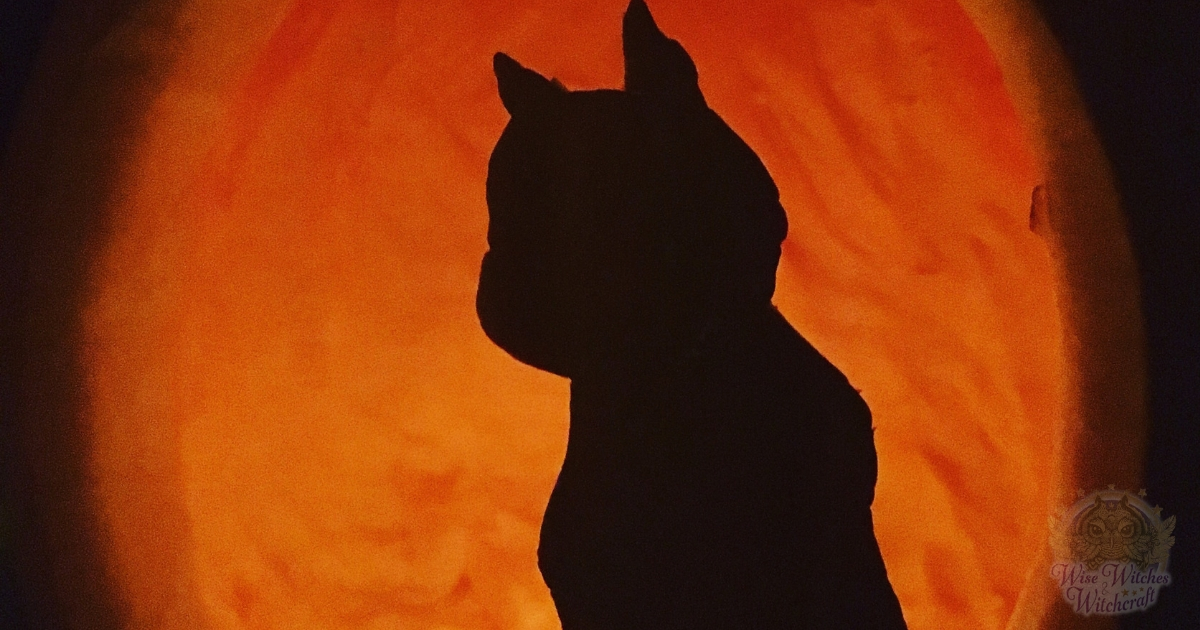 Because Wiccans, Pagans and Witches are a very diverse group of people, there are many different ways of honoring this holiday from a spiritual perspective. Some like to decorate their altar with seasonal colors and symbols or create an Ancestral Altar commemorating the memories of deceased family and friends.

If you are having a feast, consider leaving an empty plate at the table for any familial spirits who want to stop in. Meditate on the previous year, what you learned and what you hope to accomplish going forward. Hold a ritual that honors the New Year and Ancestral spirits. Build a bonfire and use it as a focus for spells or divination. Or, perhaps host a costume party for coven-mates or other like-minded magical practitioners.

Really, there’s no “wrong” way to enjoy Halloween. Look to your magical tradition and your family’s history for some ideas. 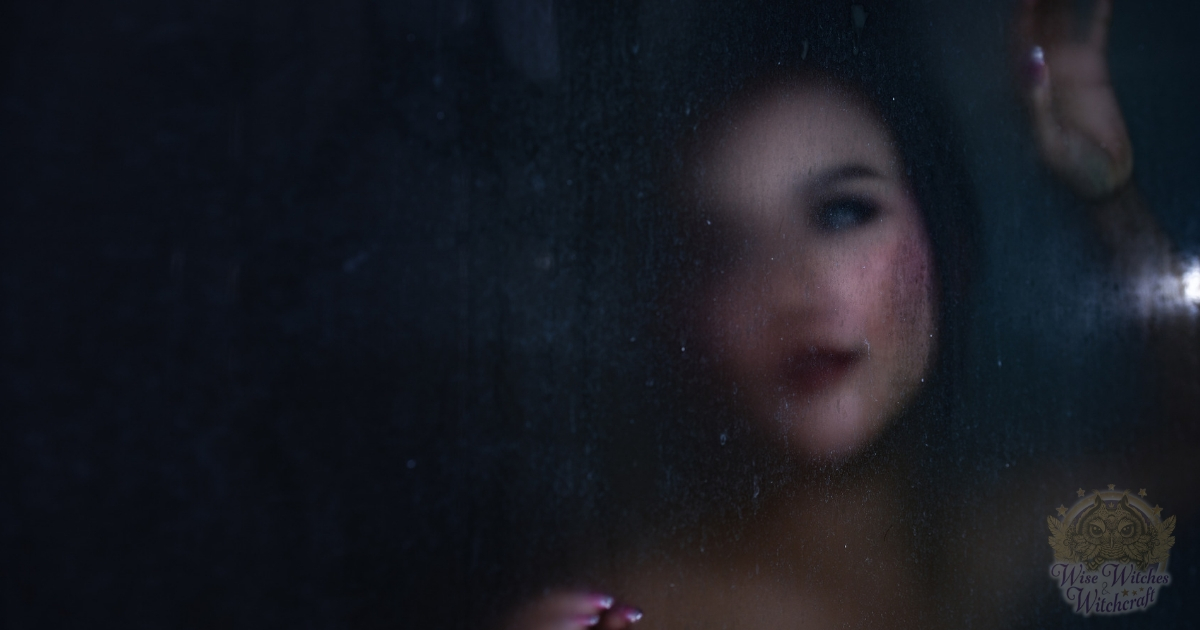 – The first “jack-o-lantern was not a pumpkin but rather a turnip or beet with a candle inside. Pumpkins came from Central America and eventually came into fashion.

– Pumpkins are actually a berry, being part of the same family of plants as cucumbers, gourds, and melons.

– In the United States Halloween ranks 2nd only to Christmas in popularity, which makes candy-sellers’ pockets quite full to the tune of 2 billion dollars worth of sweets. Chocolate is still the reigning king of candy.

– The Irish often held a communal feast for the entire town to which everyone contributed for this occasion.

– The fear of Halloween is called Samhainophobia.

– Owls became popular images on Halloween because they were thought to be Witches who had shape-shifted.

– The correct spelling of this holiday is Hallowe’en.

– Other names for Halloween include Witches’ Night, Summer’s end and Snap-Apple Night.

– Mexicans put lanterns and flower petals along the walkway to their home so deceased family members can find their way for dinner.

– Black cats were feared on Halloween. People believed them to be the evil familiar of a Witch.

– Seeing a bat on Halloween night portends a death.

– If you discover a spider on Hallows, don’t kill it! It is a sign that a loved one is watching over you.

– When a candle in your home goes out suddenly on Halloween, there’s a ghost nearby.

– Go to a crossroads on Halloween and listen. The wind will bring you a message about your future for the next year.

– People born on Halloween have the gift of second sight and can ward off evil spirits. 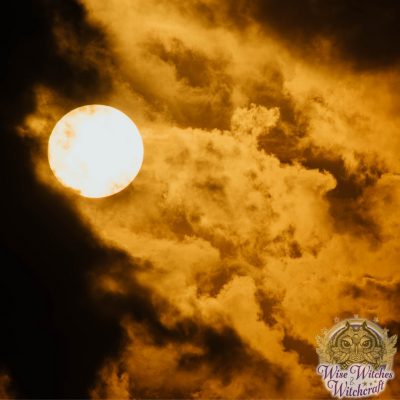 “Summer ends, and Autumn comes, and he who would have it otherwise would have high tide always and a... 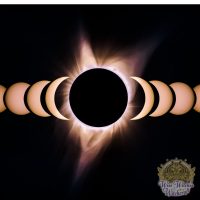 The Wheel of the Year for Pagans, Wiccans, & Witches 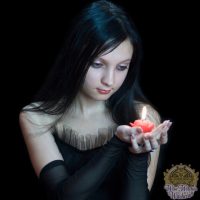