“Both the Winter and the Summer Solstices are expressions of love. They show us the opposition of light and dark, expansion and contraction, that characterize our experiences in the Earth school so that we can recognize our options as we move through our lives.”
– Gary Zukav

Okay, let’s admit it right here and now. The words “Pagan Christmas” looks and sounds like an oxymoron. How can holiday like Christmas which honors the birth of the Christian deity be Pagan at all? You’ll find the roots of Christmas and its traditions more than surprising!

The Ancient Roots of the Midwinter Sabbat 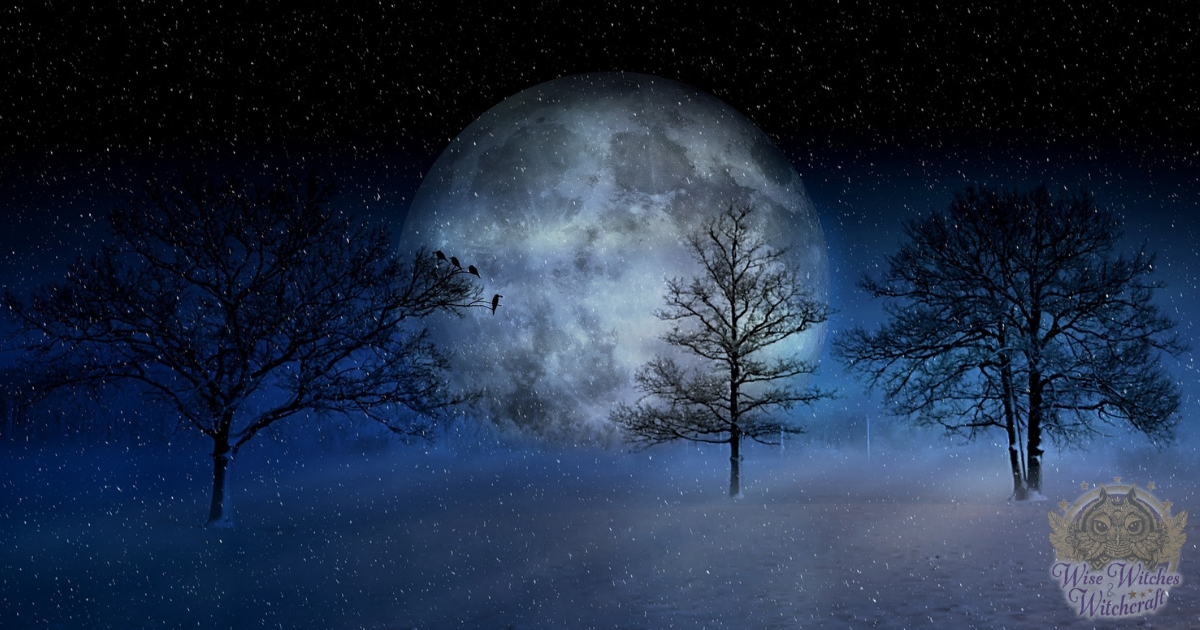 In ancient Rome, Midwinter was one of the winter celebrations or festivals. It is the celebration of the solstice. The deities the Romans honor on Brumalia include Bacchus, the God of Wine. They also honored the Goddesses Demeter and Ceres. Other male deities include Saturn or Cronus.

During the Byzantine era Brumalia began as early as late November. Pagans honored the holiday for a full month’s duration. Once the “Waxing of the Light” occurs on Saturnalia, the Midwinter celebration concludes. So how did ancient pagans celebrate? With merriment, feasting, and fun! Divinatory practices were common. The querent or questioner sought to know what the rest of the year might offer.

The Saturnalia celebration is one honoring the deity Saturn. When dealing with the Julian Calendar, the date of the festival fell on December 17. Later, the date shifts to the 23rd of December. Saturnalia involves feasting and merriment. Even slaves could celebrate with their masters on this day. But, this day also features a tradition that modern pagans do not practice in a literal sense anymore. What practice might that be? The practice of sacrifice.

Jesus the Son of God and Sol Invictus 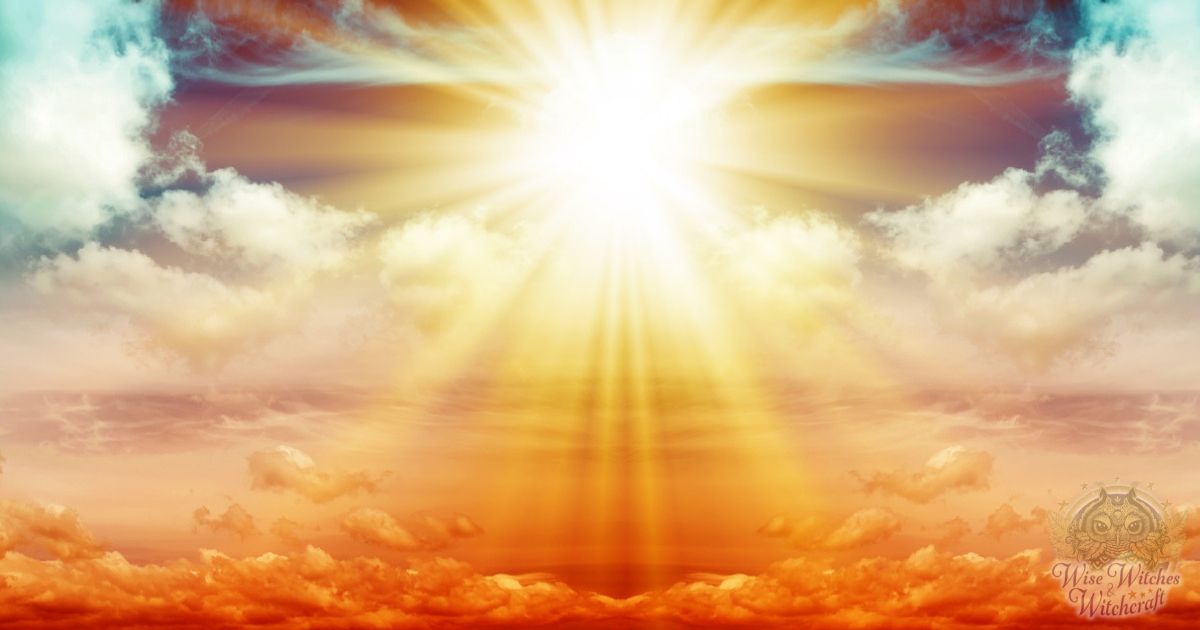 Sol Invictus is an ancient Syrian deity also revered in ancient Rome. Before this, there was also Sol, another Roman solar deity. Some scholars believe Sol Invictus and Sol are one and the same deity. Others argue a clear separation between the two.

There is considerable evidence Christ is a solar deity. Biblical verses hint at the connection between Christ with the Sun and Light. Below are a few verses revealing the connection.

“When Jesus spoke again to the people, he said, “I am the light of the world. Whoever follows me will never walk in darkness, but will have the light of life.” (John 8:12)

“Believe in the light while you have the light, so that you may become children of light.” (John 12:36) 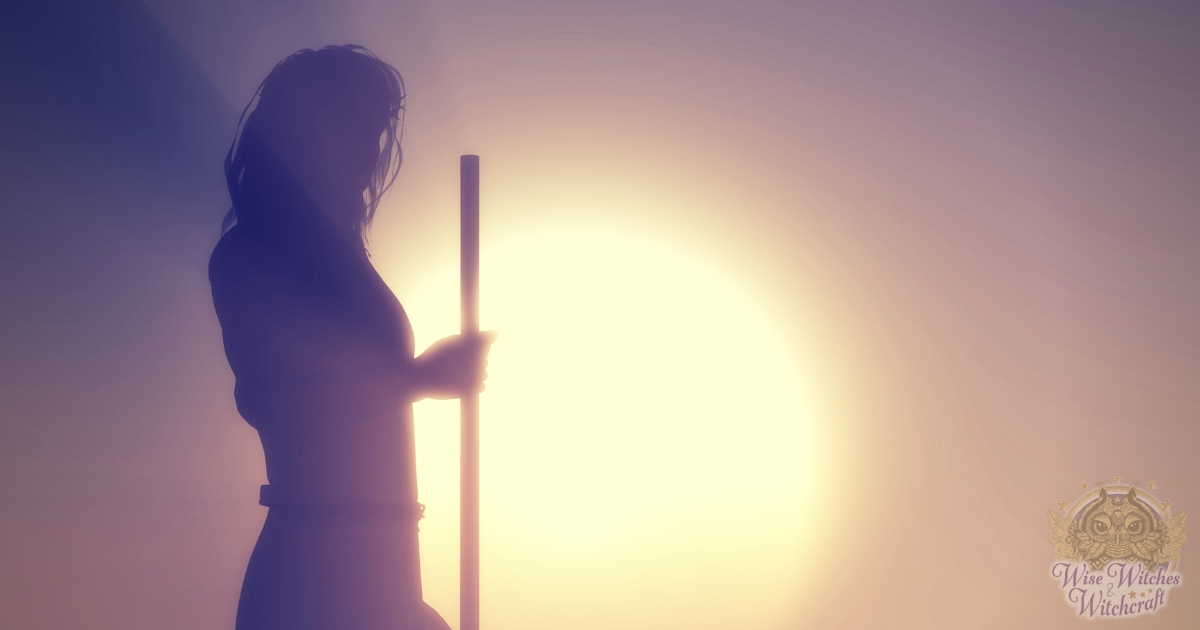 There are those who argue that Jesus is a creation based upon pagan mythos. One such modern author is Thomas Harpur. He wrote The Pagan Christ: Is Blind Faith Killing Christianity? (2004). Harpur is a former professor at the University of Toronto. It is at the university where he taught Greek and the New Testament. He’s also a former journalist and Anglican Priest. Harpur argues for the validity of the Christ Myth Theory. He suggests Church leaders created a Christ being. When creating Christ, Church leaders base his life and actions on pagan mythos. Harpur explains the similarities between the solar deity Horus with Christ. Horus is the Son of the Egyptian Goddess Isis and God Osiris.

Similarities are striking while including virgin birth and being the son of a God. Other similarities include the appearance of the star in the East and resurrection. and the descent into the underworld or Hell. Others argue Jesus is a magician skilled in the magickal arts. How do they support this argument? Well, many of his miracles might fall under magick. There are even images of Jesus in the catacombs of him raising Lazarus. The remarkable thing about such images is the he is wielding what appears to be a magick wand.

It should be no surprise there are similarities between Pagan deities and Christ. It is possible Christmas has Pagan roots. One look at the many traditions of the holiday, makes Christmas look like a pagan holiday even more.

Is Christmas a Pagan Holiday? 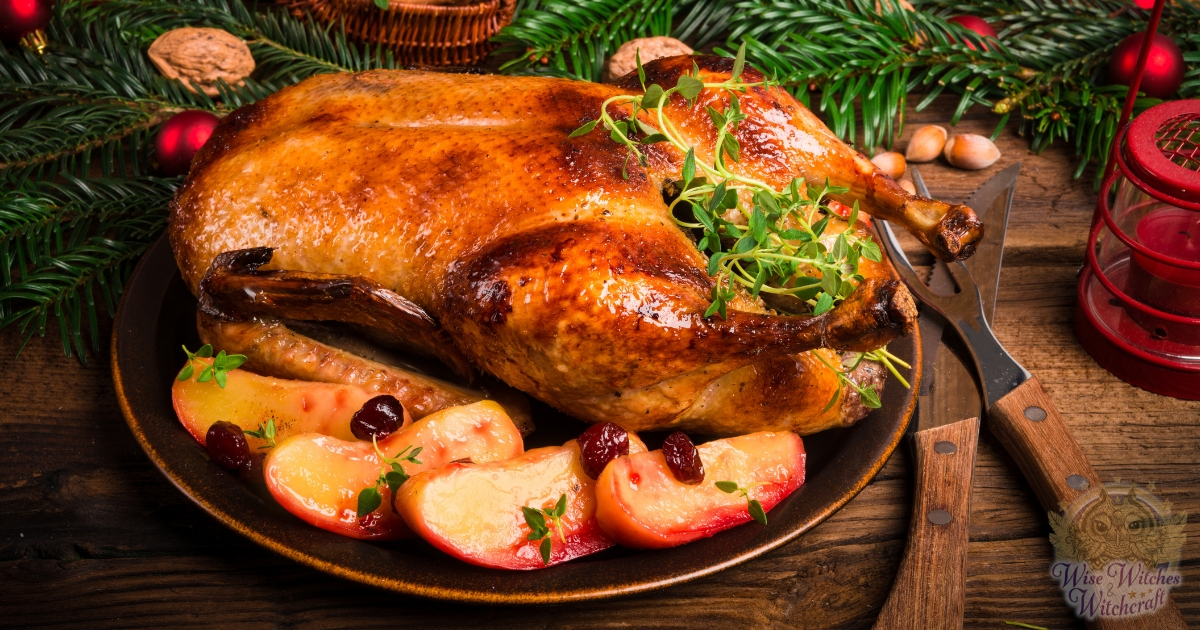 So, is Christmas a Pagan holiday? Let’s say there are plenty of people who believe Christmas has Pagan origins. At minimum, there are some who believe Pagan beliefs are behind the timing and date of Christ’s birth. This may be the result of syncretism. What’s that you say? Syncretism is the act of merging two different or opposing beliefs in one system. As Christianity dominants other religions, it was common merge Pagan and Christian traditions. It was all in effort to make Pagans convert to Christianity with greater ease.

The dating of Dies Natalis Solis Invicti and Christmas is suspect. Scholars argue there are plenty of commonalities between the Saturnalia festival and Christmas. The ancient Romans convert to Christianity but cling to old traditions. The old traditions remain popular during the Christmas season and New Year. So, what traditions do Christmas and Brumalia share? Let’s compare some common features now:

Date of Saturnalia: Between the 17th and 23rd
Date of Christmas: December 25

Other Pagan Traditions Related to Christmas

Wassailing: During ancient times, people would sing and shout in the fields. It was a means to frightening off bad spirits and to ensure healthy crops.
Mistletoe: The Druids consider Mistletoe as sacred. It is part of fertility rites honoring Saturn. Mistletoe corresponds with the love goddess Frigga in Norse myth.
Tree décor: The ancient Romans hung metal ornamentations on trees to honor Saturn. The Germanic peoples hung candles and fruit in remembrance of Odin.
Resurrection stories: The birth of the Oak King, Egyptian Horus, Solar God Mithras, and other resurrection stories align with pagan celebrations.
Holly: Represents the Holly King who rules over the darker half of the year. Some link the Holly King to modern images of Santa Claus.
Yule Logs: Pagans burn the Yule log in honor of the returning Sun. They also burn them to remember dead ancestors who have gone before.

Christmas Caroling: Door to door singing and bringing good cheer to neighbors.
Mistletoe: Druids consider the Mistletoe sacred. Mistletoe is part of fertility rites honoring Saturn. Mistletoe corresponds with the love goddess Frigga in Norse myth.
Tree décor: Today tree décor is a common practice, although a lot safer! We certainly don’t put real candles on trees anymore! Whew!
Christmas: Aligns with the birth of Christ who is also resurrected from death following his crucifixion and entombment.
Holly: This plant corresponds with the thorny crown Christ wears during the crucifixion. The red berries represent Christ’s blood.
Yule Logs: They are table centerpieces with candles in them instead of burning an actual log. Or, you can burn a real log in the fireplace. Some choose to burn the Yule log outdoors. If burning a Yule log, you save a small piece for use as kindling in the next Yule celebration. Yule logs also reference desserts common during this holiday. 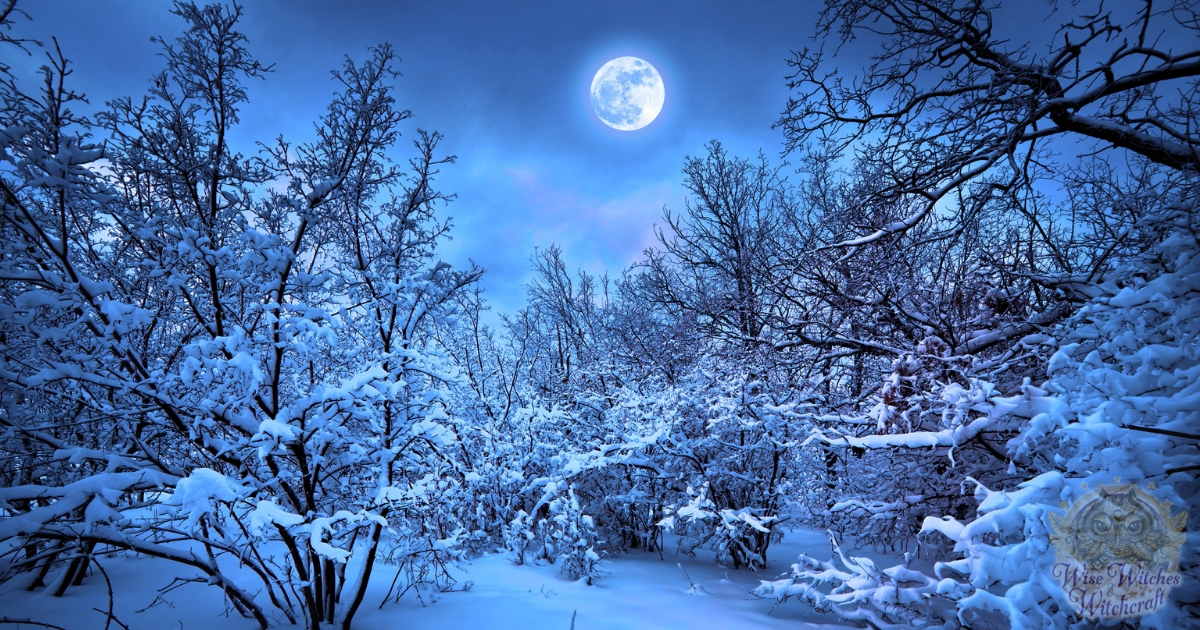 Yule is close as a Wiccan or Pagan comes to a Pagan Christmas in modern times. Yule is also Midwinter or Winter Solstice. It is a fire festival. Yule marks the time when the daylight and night hours are equal in length. Each day from Winter Solstice until Summer Solstice, the darkness will wane bit by bit. The holiday draws many of its customs from Brumalia and Saturnalia.

It is also known as Midwinter. During the Late Stone Age, ancient cultures were attentive to winter solstice. The Stonehenge and Newgrange megaliths alight with the rising and setting sun. Some Paleopagans might offer sacrifices on this day. All types of animals become a sacrifice and consumed for feast. Feasting and merriment were popular during the Midwinter celebrations. Decorating the homes with pine, yew, mistletoe, ivy, holly, and evergreens is common. Tree decorating is also an ancient practice. The winter festival is also knowns as Yulefest or Yuletide.

Yule stems from Germanic traditions as well. The Anglo-Saxon holiday Mōdraniht corresponds with Yule. The latter of which is equal to Christmas eve where a sacrifice is made. It is also a time associated with the deity Odin. Yuletide is a time when Pagans celebrated the Wild Hunt. The word Mōdraniht means “Mother’s Night or Night of the Mothers.” After Christianization, Yuletide becomes Christmastide.

During Yule in ancient times, Pagans toast in honor of the deities. A toast for power and victory for the reigning king are an offering for Odin. Freyr and Njörðr are patron deities for those in the hopes for future peace and an excellent harvest. The minni or deceased ancestors. It is these same ancestors we remember and honor during ritual and in everyday practice. 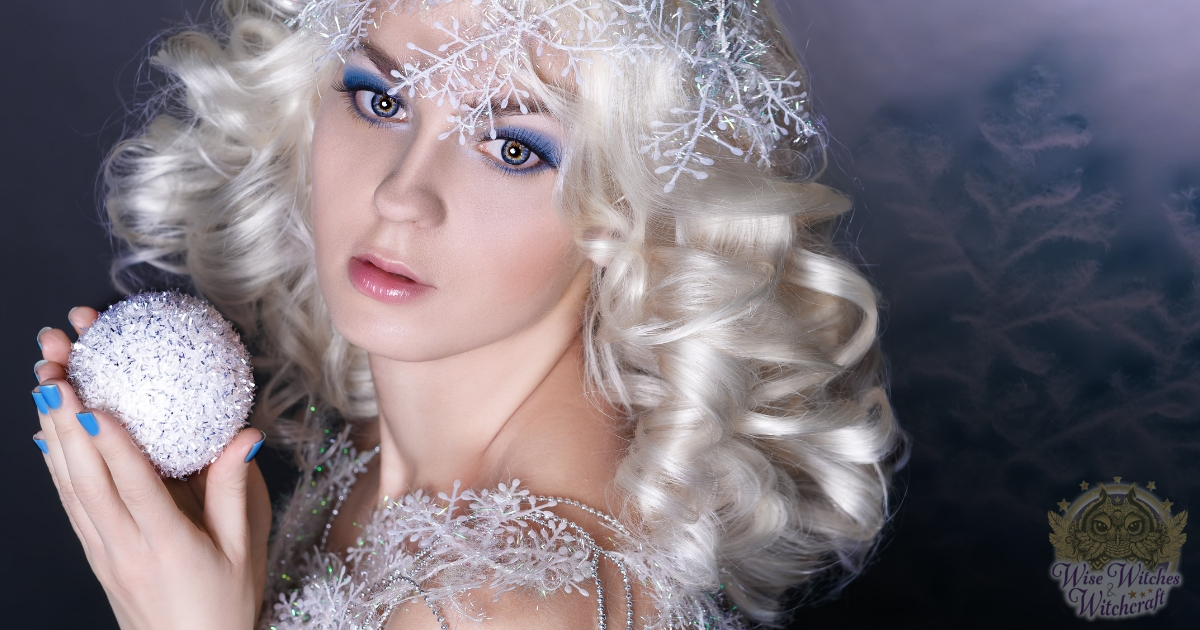 Modern Pagans recognize it as the time of year when all nature is at rest until the warmer days return. Deities corresponding with the holiday are those associated with the Underworld and Death. Persephone and Hades from the Greek pantheon are one example of many. But, with the recognition of this “temporary state of death,” Pagans recognize new life. Persephone is an Underworld Goddess, but she is also the Goddess of Spring. For her return from the Underworld elates Demeter so much, she brings back fertility.

At Yule, Pagans honor the Dark and Young Lord at the same time. This is something one can identify in the story of the Oak King and Holly King. They are twin brothers who battle for rulership over half of the year. At Yule, the Holly King succumbs to the Oak King who grows in strength and rules until Midsummer. At Midsummer, they battle again and the Holly King takes reign as light wanes once more.

Practitioners in covens and solitaires celebrate the day with rituals. The ritualistic practice is to honor the deities and give thanks for blessings. They might share gifts with others during this time. Magick during Yule includes divinatory practices. The veil is still thin between the Spirit world and the physical plane. Practitioners honor ancestors and plan personal and spiritual goals for the year. 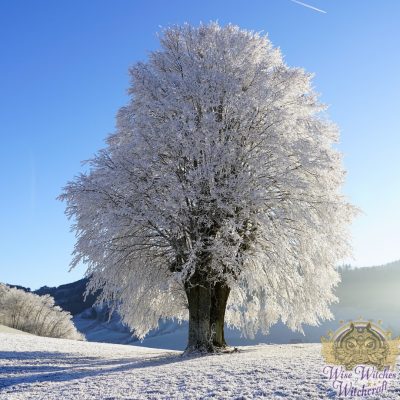 “This shortest day,  As promise wakens in the sleeping land:  They carol, feast, give thanks,  And dearly love their...