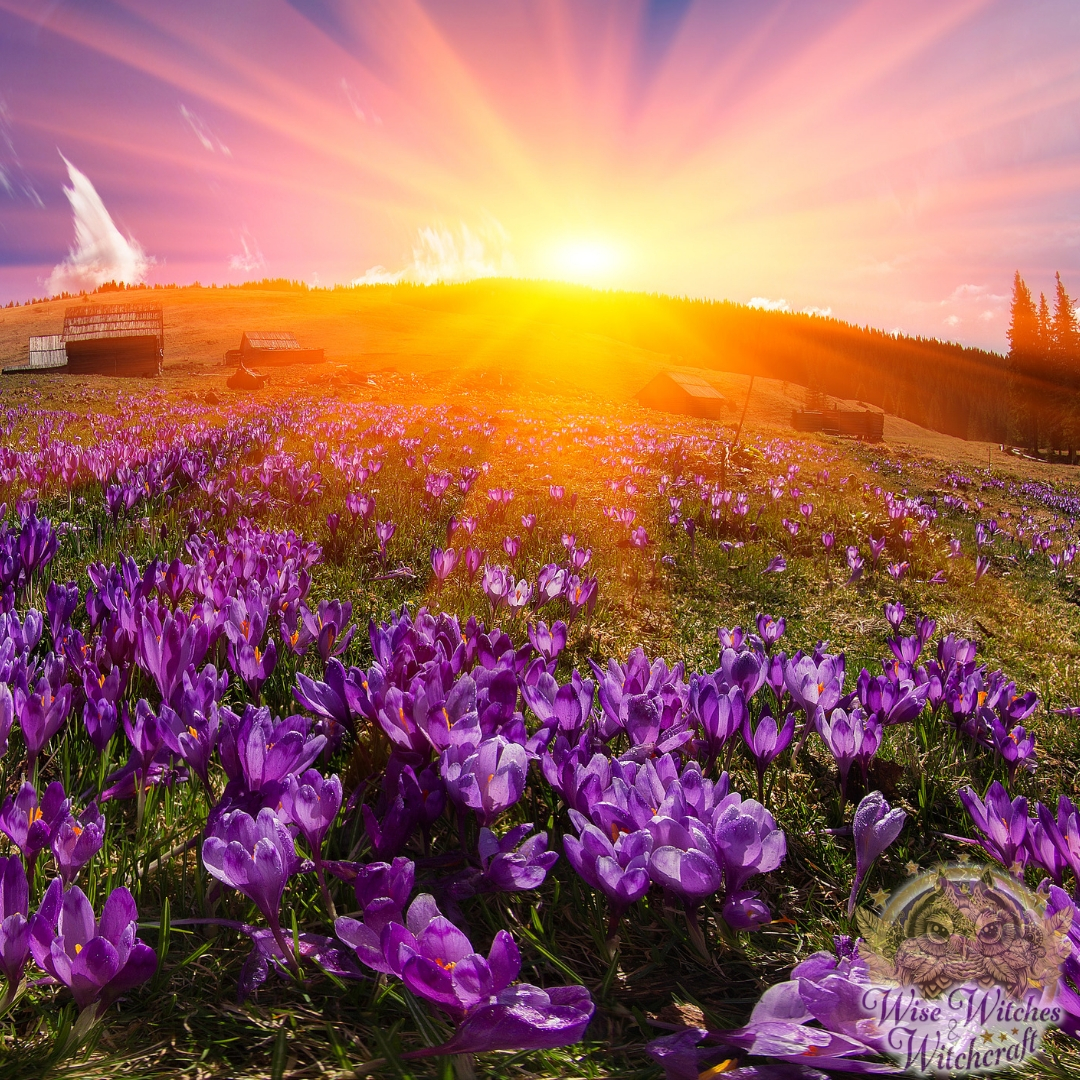 “O, wind, if winter comes, can spring be far behind?”
– Percy Bysshe Shelley

Imbolc is a major fire festival midway between Winter Solstice and Ostara. The celebration is also Laa’l Breeshey, Là Fhèill Brìghde, and Lá Fhéile Bríde. The holiday is one where Pagans honor the Goddess Brigid. Imbolc is a celebration with many names. Pagans call the holiday the Feast of Waxing Light, the Snowdrop Festival, and the Feast of Pan. It is also called Lupercalia, the Feast of Torches, and Brighid’s Day.

Wiccans and Neopagans honor the day as Imbolc, Oimelc, or Candlemas on February 1. Although Candlemas refers to February 2. Sometimes the holiday is Saint Brigid’s Day. This name applies because the day becomes a Christian celebration. The holiday stems from ancient Celtic, Manx, Scottish, Irish, and Gaels cultures.

The Meaning of Imbolc 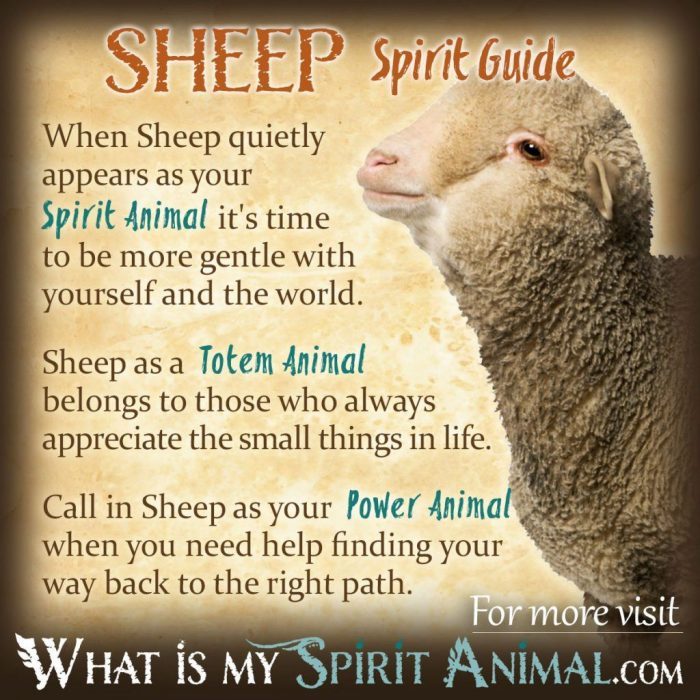 Scholars trace the word Imbolc to “I mbolg,” which is an Old Irish term that means “in the belly.” The reference in one suggesting the holiday is at the time ewes become pregnant. Another connection to the word Imbolc to “imb-fholc.” Still another Old Irish reference pointing to “cleansing, ritual cleansing, or washing.” There are other scholars pointing to the word “embibolgon.” The word has a meaning of “budding.” One source from the tenth century even link “Oimelc” to the meaning of “ewe milk.”

The holiday is one that marks the earliest beginning of spring. It is a celebration one can trace to Neolithic times. Specific landmarks align with the sunrise and sunset of Imbolc. It doesn’t matter if snow is still on the ground and the weather is bitter. It is the time when the crocuses begin to poke through the snow and show signs of the new life nature brings.

***For More Information on the Symbolism of the Ewe visit our sister site WhatisMySpiritAnimal.com!

The Goddess Brigid and Brigid’s Cross 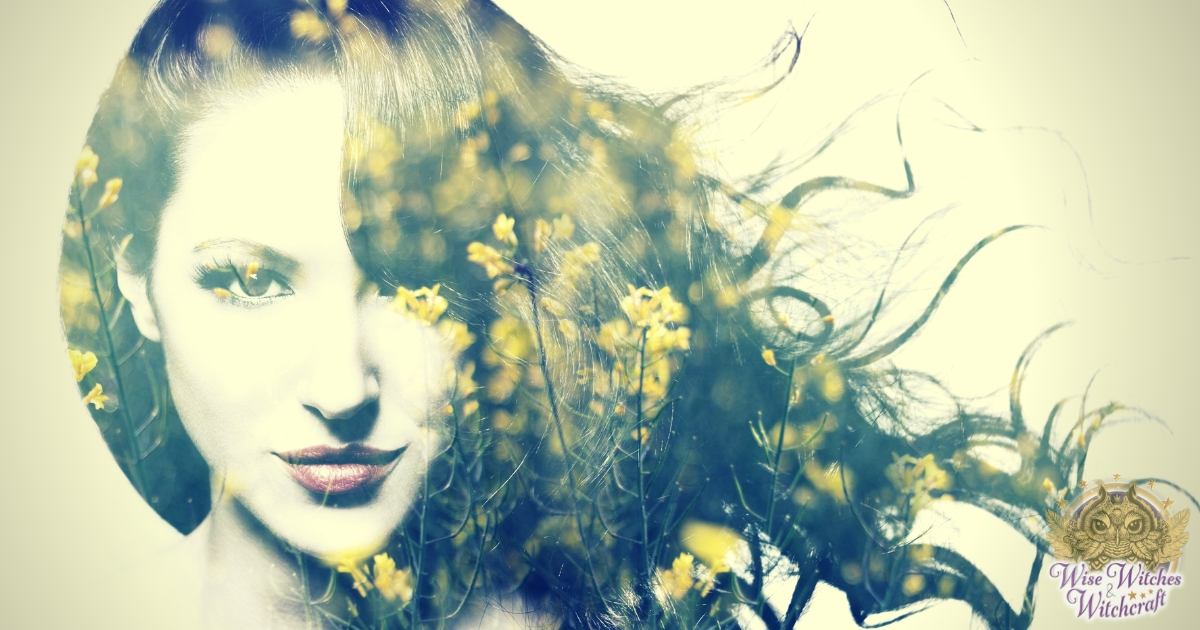 Imbolc is a holiday where Pagans made Brigid’s crosses. They also made Brídeóg which are doll-like creations representing the goddess. Ancient Pagans held the belief the Goddess Brigid would come to visit their homes. They made special preparations for her visit. They create a bed for the goddess and leaving her food and beverage offerings. They would also leave clothing outside so the Goddess could bless the attire. This patron Goddess was one who offered protection of livestock and homes. This holiday was one where Pagans made a point to visit the sacred wells throughout the area. The visits to the sacred wells is a custom some Pagans continue today. There was feasting and merriment as well. Like other Sabbats, this day is a powerful day for divination.

The patron goddess corresponding with Imbolc is Brigid (pronounced BREED). The goddess has various spellings depending upon the culture of influence. Brigid is sometimes Bridget, Brìd, Brìghde, and Brighid. She is a fertility deity who serves as the fires of wisdom and inspiration. The goddess’ visit is something pagans would anticipate the evening before Imbolc. She signifies light and the return of it. Feasting on Imbolc Eve was common and food was set out for the Goddess as well. The meal was either barmbrack or bannocks. Dumplings, sowans, and colcannon was also part of the feast. 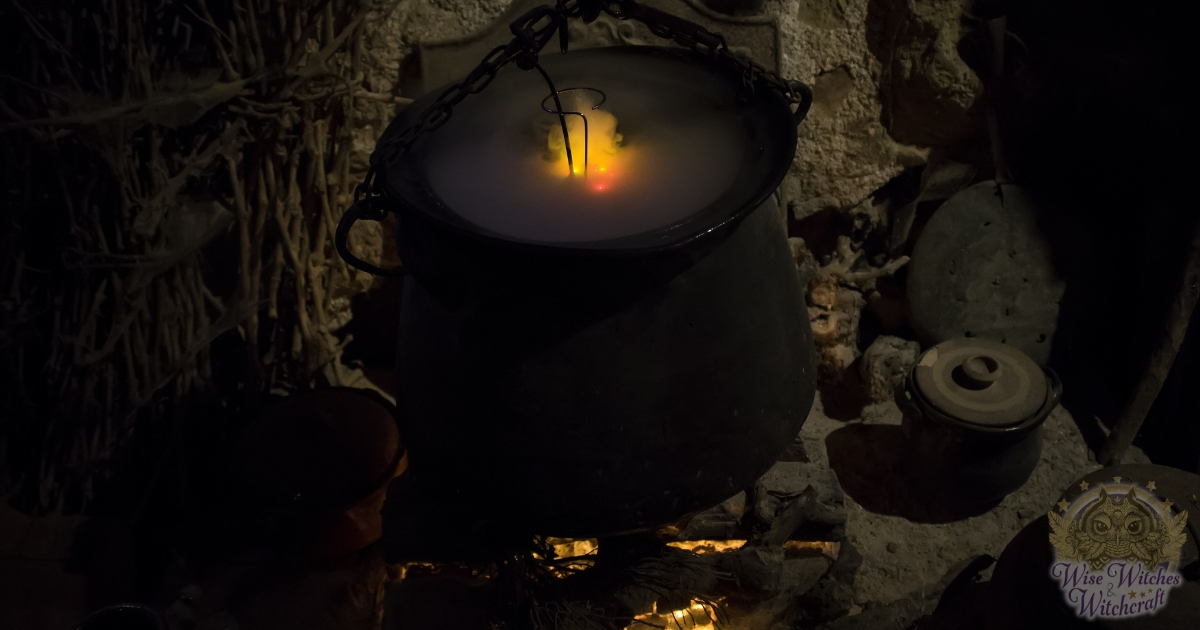 Bannocks is a quick bread cut up into portions or scones. The barmbrack is another kind of bread with raisins and saltanas. Sowans are dish allowed to ferment. The alcohol gets drained away, and what remains gets in salt and water. Sowans get dipped in milk or butter. They are a selection preferred for their sour taste. Colcannon is a dish consisting of kale or cabbage and mashed potatoes.

To welcome Brigid into the home, many ritualistic traditions exist. Once invited in Brigid would find a white birch wand laying on the bed made especially for her visit. It is this want Pagans believe she wields to bring growth back to vegetation and the natural world. Processions of singing girls going from door to door were common during this holiday as well. They sing the hymn to the Goddess, but also wear white to express innocence and purity.

Brigid’s Crosses were a common tradition in parts of Ireland. The cross consists of out rushes woven into a unique equilateral or square cross. These creations were something that pagans hung over windows. They also hung them over doors as well as animal stables. They were set so the Goddess would protect the property from lightning or fire.

The following year theses crosses get replaced with new crosses. Crios Bríde, meaning “Brid’s girdle” is group of rushes woven together in the shape of a ring with a cross in the middle. The creation is reminiscent of a Sun Cross. This was something young lads carry through the village. They did so while inviting others to step through it. In doing so, the person stepping through it receives a blessing.

The Modern Day Celebration of Imbolc 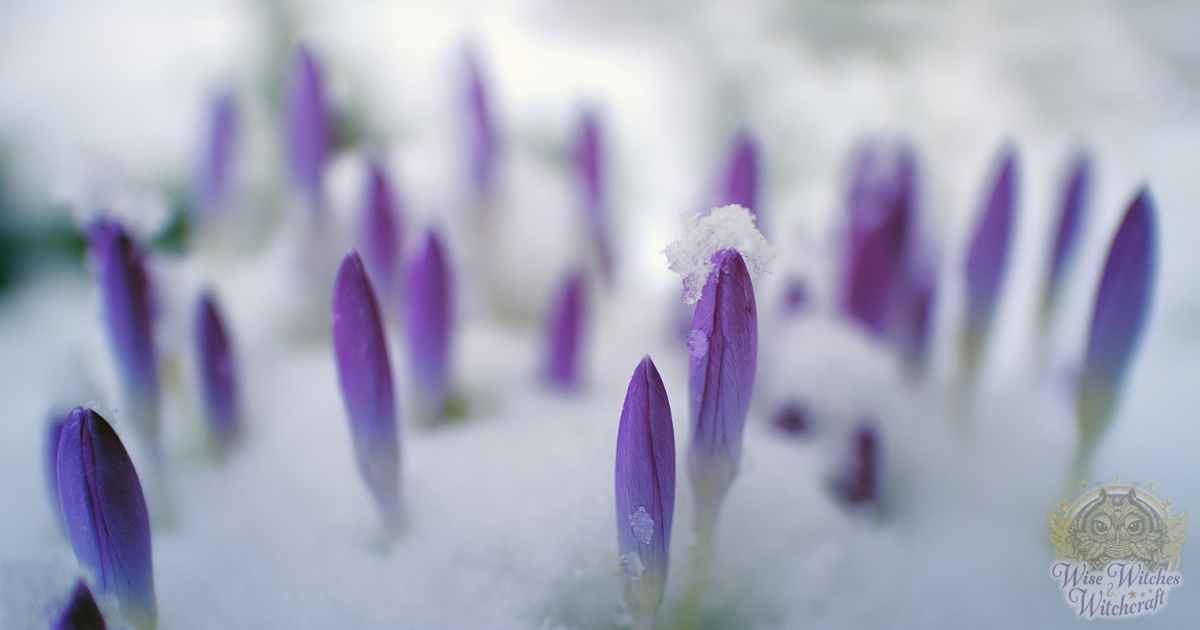 During the 20th century, Wiccans and other NeoPagans revived the holiday practices. Some see this as a period for spring cleaning, both in the mundane and spiritual sense. The altar area gets cleansed. The besom (witch’s broom) helps in sweeping out negative or stagnated energies. Tools undergo renewal through blessings and consecrations. The practitioner may recharge tools or renew them by making them or purchasing new pieces to use. Stones and crystals receive a cleansing and charging. This act helps ensure the strength of their energies.

The practitioner might use this entire time to cleanse the home environment. The home gets a cleansing on a physical and energetic level. New spells of protection the practitioner performs for the home and family. The practitioner makes offerings to patron deities by practitioners seeking protection and abundance. Imbolc is a time to restock the Witch’s cabinet too. Some practitioners use this as a time to make candles for use throughout the year. It’s a good time for preparing consecrated water, oils, herbals, and potions for future use as well.

Imbolc marks the time for new beginnings so magickal rituals and spells focus on this idea. It is a time for setting new goals and planning their attainment. The holiday is one where Wiccans and NeoPagans recognize the change in the aspect of the goddess. During Imbolc, she makes the transformation from Crone to Maiden once more. The Sabbat ritual involves welcoming in the spring season, it is the earliest signs of the light’s return.

Brigit is the patron Goddess of Midwifery, Smith craft, Poetry, Healing. She is the Keeper of the Cauldron of Wisdom and the sparks of inspiration in us all. White candles are lit in honor of Brigid. Red and Yellow candles are lit to welcome the return of the Sun’s light and warmth. Some solitaires choose to self-dedicate to the Craft. Some coven members choose dedication or initiation on this day. It is the perfect day to mark both closures and beginnings. The candles are lit to signify inspiration, illumination, and warmth. 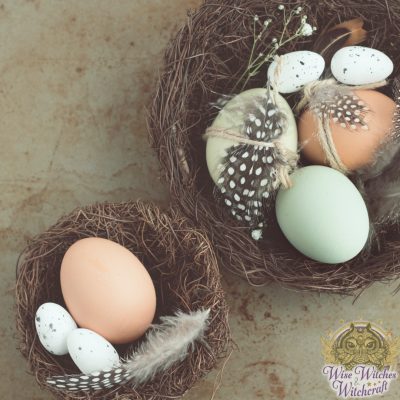 “Cleaning and clearing are two words which suit the essence of Imbolc, as this is February, the Roman month...